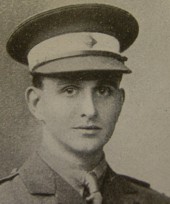 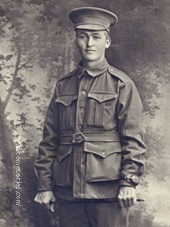 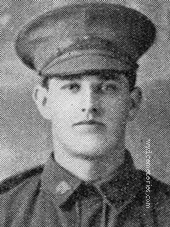 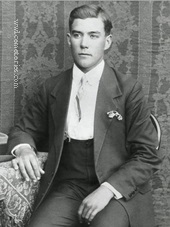 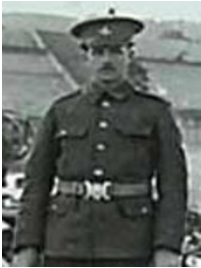 I was told by my Grandmother, Eva Whittaker, nee Daynes, that James was acting as a stretcher bearer at the time of his death,
recovering the wounded from "no man's land" when he was shot by a German sniper... he died instantly of his wound."

His family had a memorial silk bookmark made with the following dedication:

"There on the field of battle
He bravely took his place.
He fought and died for England
And the honour of his race.

He sleeps not in his native land
But 'neath the foreign skies
Far from those who loved him best
In a hero's grave he lies.

Deeply mourned by his mother, sister, and brothers. 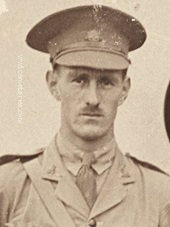 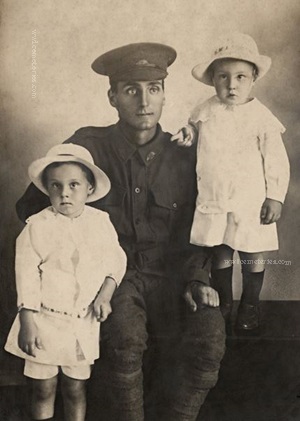 This picture was taken in 1917 and shows Sydney with his sons Sydney Reginald and Arthur Irwin Ellis. Prior to enlistment he was a fruiterer. His wife, Zilla, gave birth to a daughter, Irene May Ellis after he had embarked for Europe. 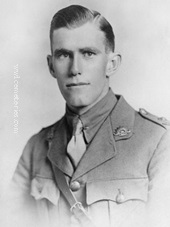 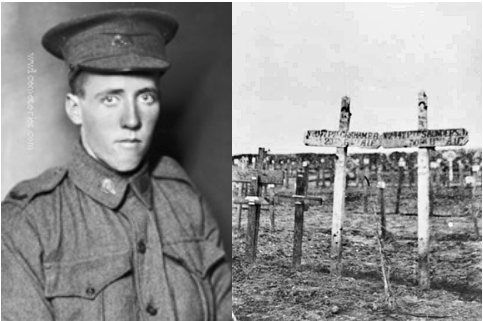 Richmond Boyd Graham's original grave at Hooge Crater Cemetery is the larger cross on the left. 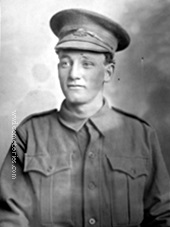 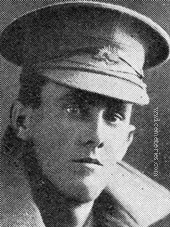 Son of James and Annie Healy, of The Retreat, Smithfield, New South Wales. 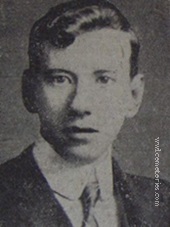 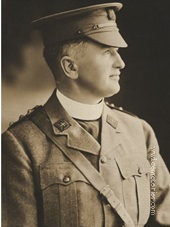