The cemetery lies 12.5 km along the N365 after passing through the settlements of Wijtschate and Mesen. The cemetery is located on the left hand side of the road and opposite the prominent Ploegsteert Memorial.

Hyde Park Corner was a road junction to the north of Ploegsteert Wood. Hill 63 was to the north-west and nearby were the 'Catacombs', deep shelters capable of holding two battalions, which were used from November 1916 onwards.

The cemetery was begun in April 1915 by the 1st/4th Royal Berkshire Regiment and was used at intervals until November 1917. It contains 83 Commonwealth burials of the First World War and four German war graves.

BERKS CEMETERY EXTENSION is separated from Hyde Park Corner Cemetery by a road. The extension was begun in June 1916 and used continuously until September 1917. At the Armistice, the extension comprised Plot I only, but Plots II and III were added in 1930 when graves were brought in from ROSENBERG CHATEAU MILITARY CEMETERY and EXTENSION, about 1 Km to the north-west, when it was established that these sites could not be acquired in perpetuity. Rosenberg Chateau Military Cemetery was used by fighting units from November 1914 to August 1916. The extension was begun in May 1916 and used until March 1918. Together, the cemetery and extension were sometimes referred to as 'Red Lodge'.

Within Berks Cemetery Extension stands the PLOEGSTEERT MEMORIAL, commemorating more than 11,000 Commonwealth servicemen who died in this sector during the First World War and have no known grave. The memorial serves the area from the line Caestre-Dranoutre-Warneton to the north, to Haverskerque-Estaires-Fournes to the south, including the towns of Hazebrouck, Merville, Bailleul and Armentieres, the Forest of Nieppe, and Ploegsteert Wood.

Those commemorated by the memorial did not die in major offensives, such as those which took place around Ypres to the north, or Loos to the south. Most were killed in the course of the day-to-day trench warfare which characterised this part of the line, or in small scale set engagements, usually carried out in support of the major attacks taking place elsewhere.

The cemetery, cemetery extension and memorial were designed by H. Chalton Bradshaw. 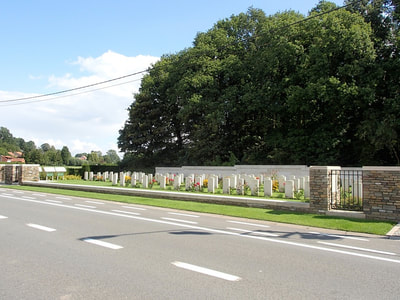 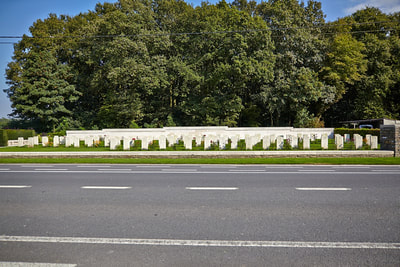 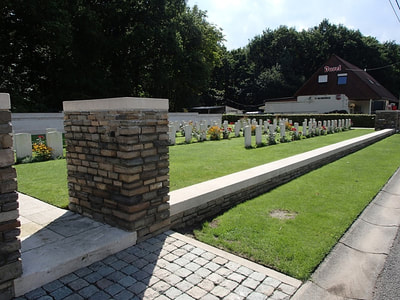 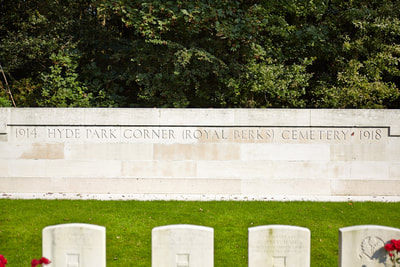 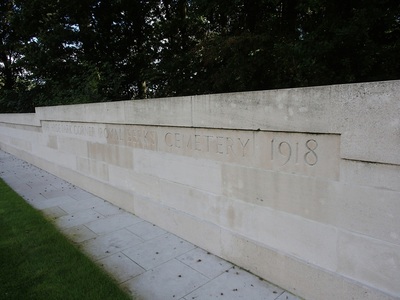 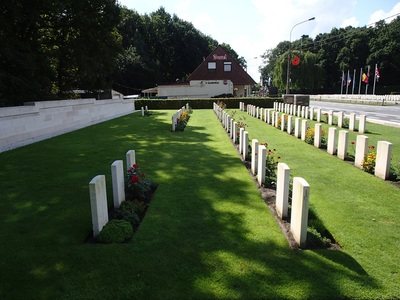 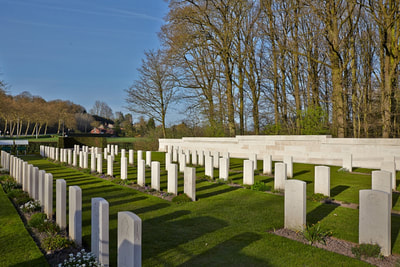 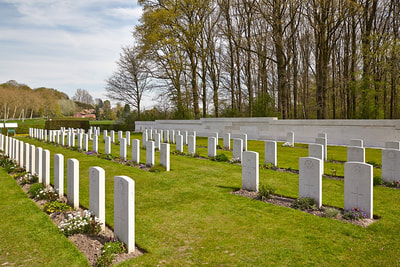 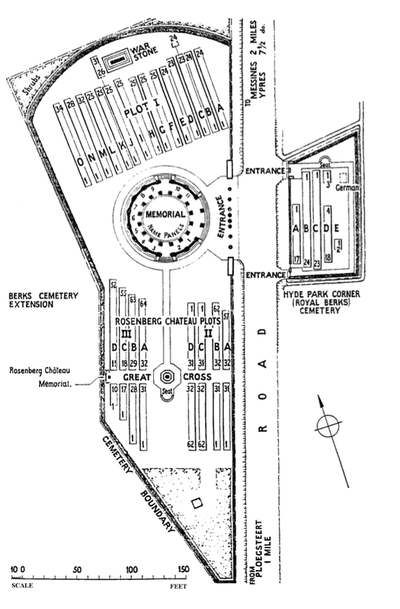 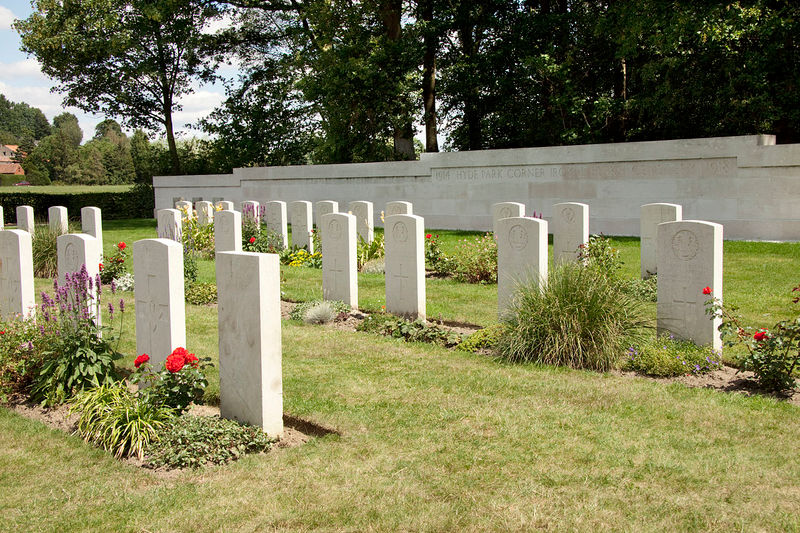 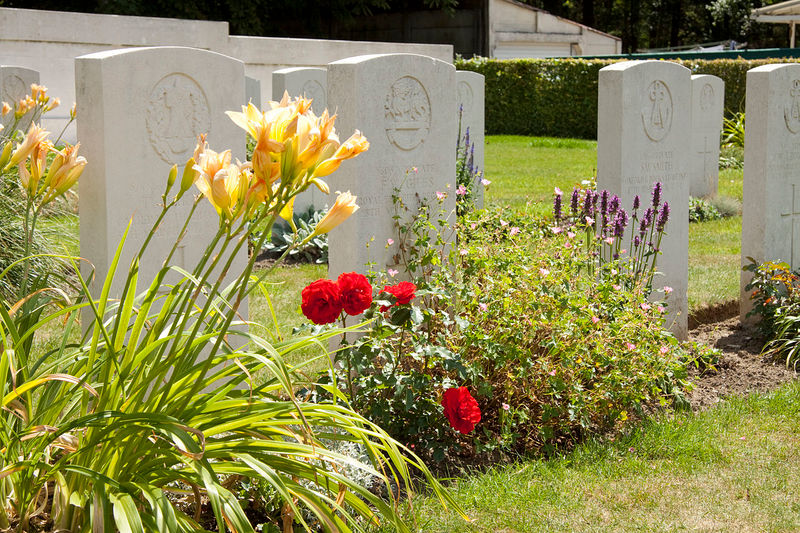 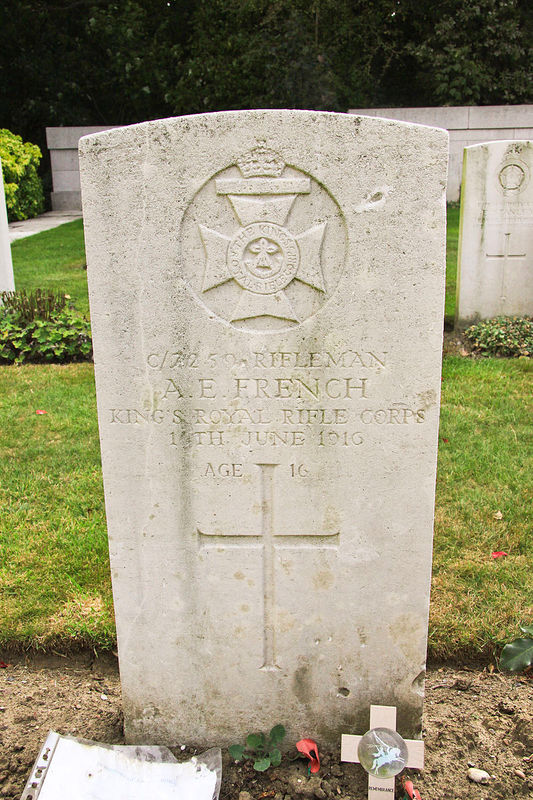 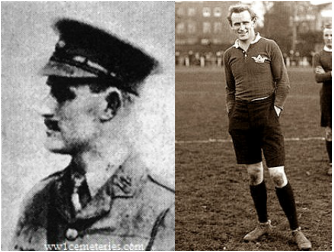 Born in Headington, he was the son of Sir Edward Bagnall Poulton, the zoologist and his wife Emily Palmer. He was educated at Dragon School, Rugby School, and Balliol College, Oxford.  Poulton played for Balliol College, Oxford University RFC, Harlequins and Liverpool F.C. Poulton is one of three men to score a hat-trick of tries in the Varsity match – he scored five in 1909, still the individual record for the fixture. He captained England during the 1913/14 unbeaten season (now what would be called a 'Grand Slam'), scoring four tries against France in 1914, in the last test match prior to the outbreak of World War I. Poulton was renowned for his elusiveness and glamorous style of play – "the very mention of swerving sends ones thoughts to the late Ronald Poulton, the swerver par excellence... swerving and Poulton are almost synonymous terms" (DR Gent in CJB Marriott's Modern Rugby Football).

He officially changed his surname to Palmer by Royal Licence as a condition of inheriting a fortune from his uncle George William Palmer of Huntley and Palmer biscuit company in 1914. His surname was never actually 'Poulton Palmer' (or even the hyphenated version 'Poulton-Palmer), although he was often later called this.

Poulton was commissioned into 1st/4th territorial battalion of The Royal Berkshire Regiment and rose to the rank of Lieutenant. On the night of 4/5 May 1915 Ronald was in charge of a working party strengthening the dugouts in Trench 40, also known as Oxford Trench, just north of a position called Anton's Farm. It was a very dark night. At twenty minutes past midnight he heaved himself up onto the roof of a dugout to better oversee the work taking place. A single shot was fired and he fell to the ground dead - the first officer of the 1st/4th Royal Berkshire Regiment to die in the Great War. to a man his platoon wept at their and the nation's loss. He was twenty-five years of age.

His body was taken by stretcher party through the lines of the 1st/ 7th Royal Warwickshire Regiment to the Field Ambulance in the Convent in Ploegsteert. He was buried in this cemetery at 6.30 pm on the evening of 6 May 1915, with the Bishop of Pretoria officiating - a personal friend of the Poulton family.

Ronald's death was met with grief by the men of his regiment and by the country at large. Such was the impact on his father, Edward, that he was convinced the Germans had deliberately executed his son to damage British morale.
Ronald Poulton Palmer's grave is in Hyde Park Corner (Royal Berks) Commonwealth War Graves Commission Cemetery, near Ploegsteert, Belgium. A memorial to him was erected at Balliol College, on the west wall of the Chapel passage.
Twenty six England international rugby players were killed in World War I of a total international toll of one hundred and thirty. One of the most notable was Poulton Palmer, who was considered by many contemporary observers as perhaps the greatest-ever attacking rugby union three-quarter. 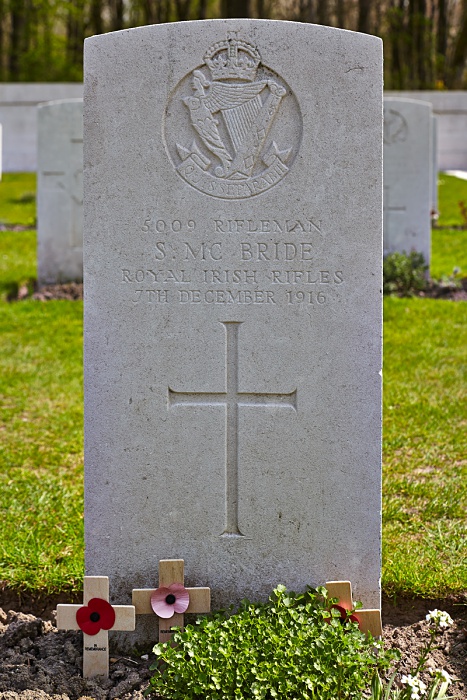 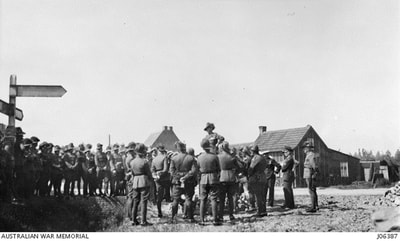 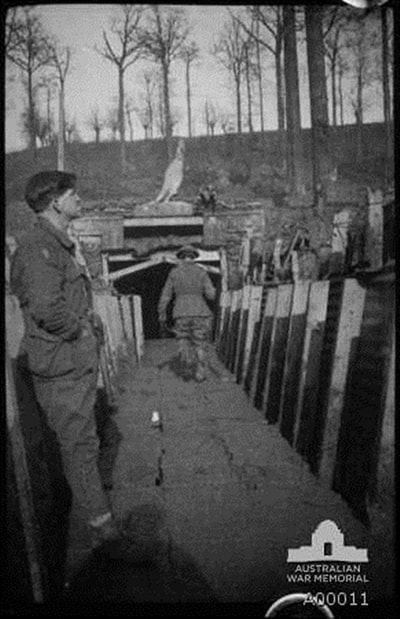 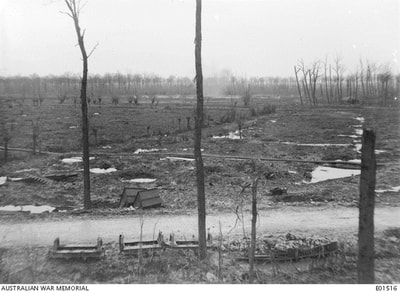 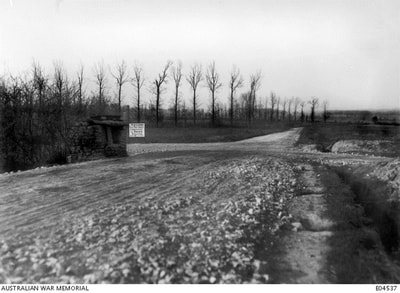 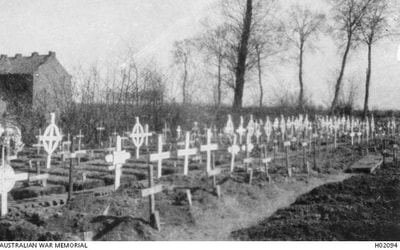