Berks Cemetery Extension is located 12.5 kilometres south of Ieper town centre on the N365 leading from Ieper to Mesen, Ploegsteert and on to Armentieres.

From Ieper town centre the Rijselstraat runs from the market square, through the Lille Gate (Rijselpoort) and directly over the crossroads with the Ieper ring road. The road name then changes to the Rijselseweg (N336).

3.5 kilometres along the N336 lies a fork junction with the N365. The N365 which forms the right hand fork leads to the town of Mesen. The cemetery lies 3 kilometres beyond Mesen on the right hand side of the N365 and opposite Hyde Park Corner Royal Berks Cemetery.

Hyde Park Corner was a road junction to the north of Ploegsteert Wood. Hill 63 was to the north-west and nearby were the 'Catacombs', deep shelters capable of holding two battalions, which were used from November 1916 onwards.

HYDE PARK CORNER (ROYAL BERKS) CEMETERY was begun in April 1915 by the 1st/4th Royal Berkshire Regiment and was used at intervals until November 1917. The cemetery contains 83 Commonwealth burials of the First World War and four German war graves.

BERKS CEMETERY EXTENSION is separated from Hyde Park Corner Cemetery by a road. The extension was begun in June 1916 and used continuously until September 1917. At the Armistice, the extension comprised Plot I only, but Plots II and III were added in 1930 when graves were brought in from Rosenberg Chateau Military Cemetery and Extension, about 1 kilometre to the north-west, when it was established that these sites could not be acquired in perpetuity. Rosenberg Chateau Military Cemetery was used by fighting units from November 1914 to August 1916. The extension was begun in May 1916 and used until March 1918. Together, the cemetery and extension were sometimes referred to as 'Red Lodge'.

Within Berks Cemetery Extension stands the PLOEGSTEERT MEMORIAL, commemorating more than 11,000 Commonwealth servicemen who died in this sector during the First World War and have no known grave. The memorial serves the area from the line Caestre-Dranoutre-Warneton to the north, to Haverskerque-Estaires-Fournes to the south, including the towns of Hazebrouck, Merville, Bailleul and Armentieres, the Forest of Nieppe, and Ploegsteert Wood.

Those commemorated by the memorial did not die in major offensives, such as those which took place around Ypres to the north, or Loos to the south. Most were killed in the course of the day-to-day trench warfare which characterised this part of the line, or in small scale set engagements, usually carried out in support of the major attacks taking place elsewhere.

The cemetery, cemetery extension and memorial were designed by H. Charlton Bradshaw. 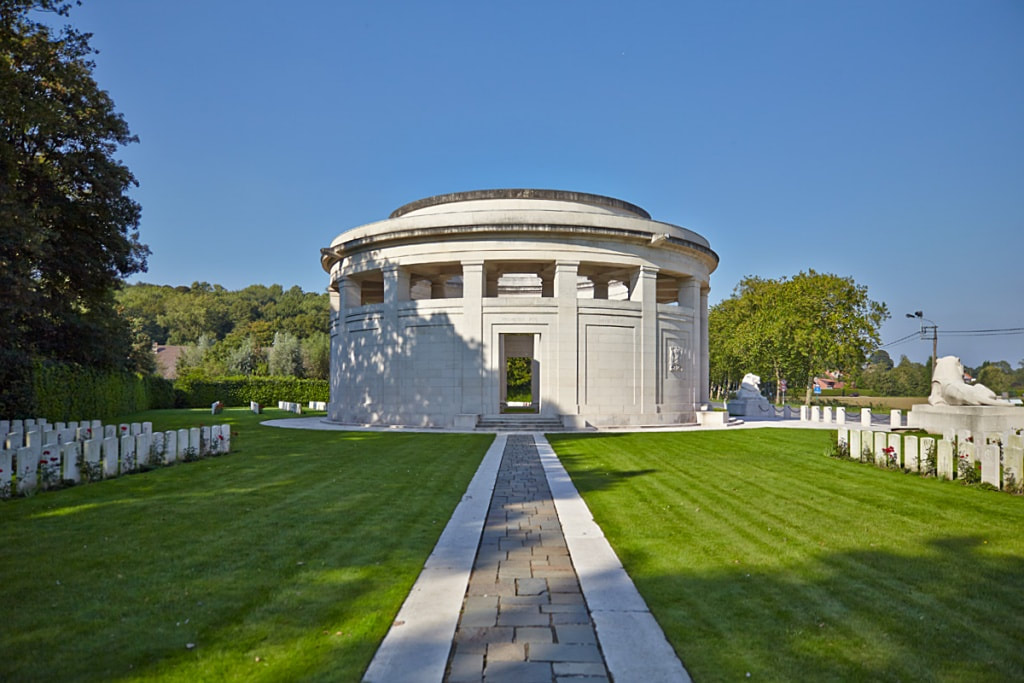 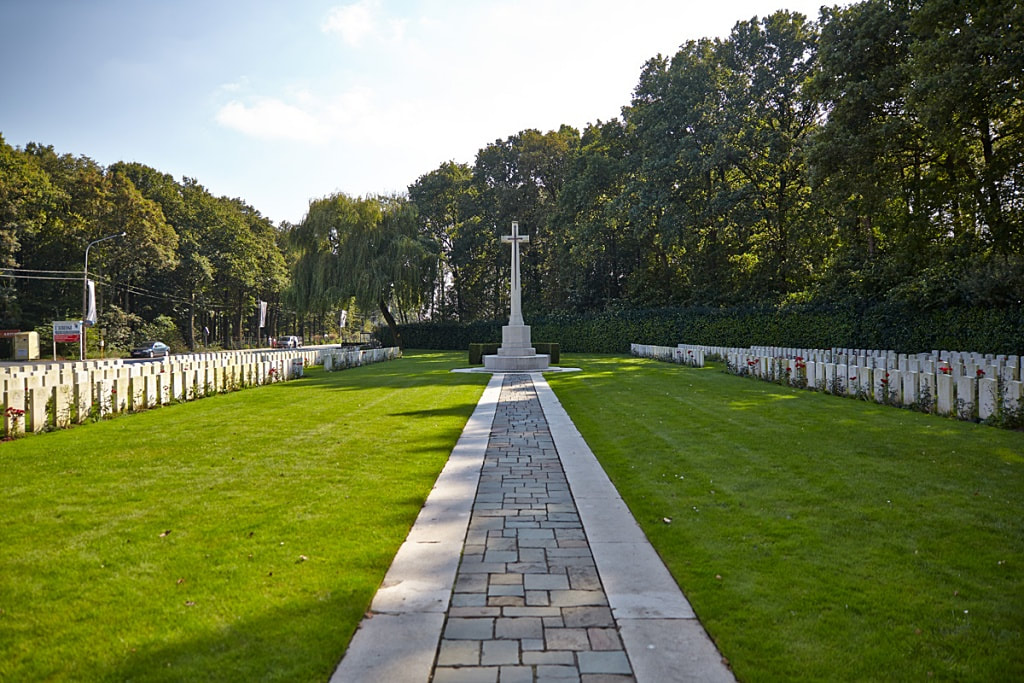 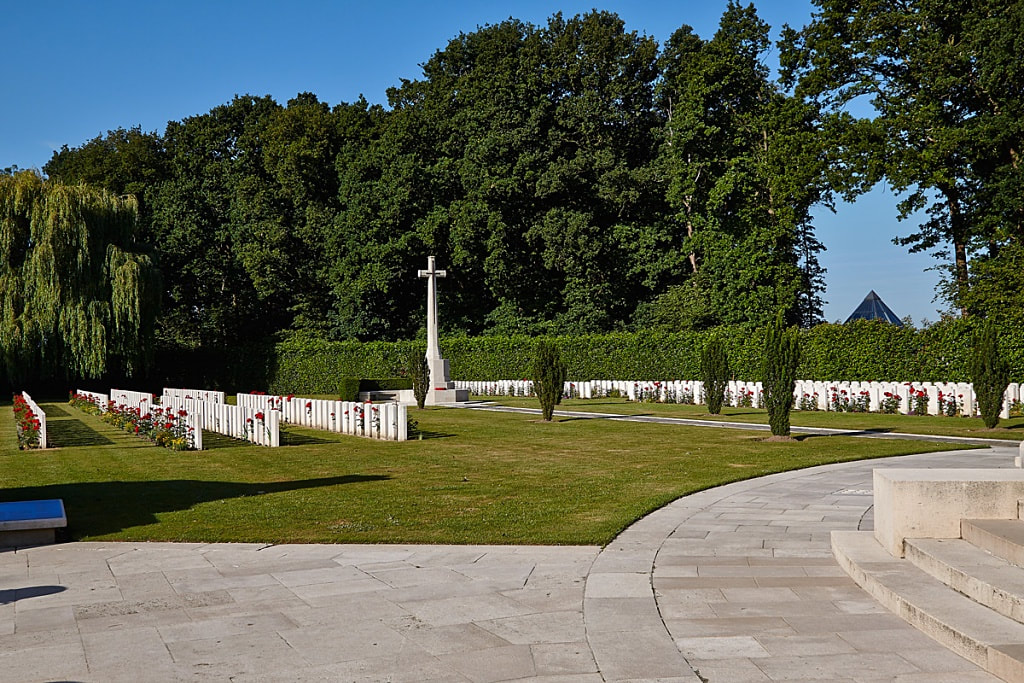 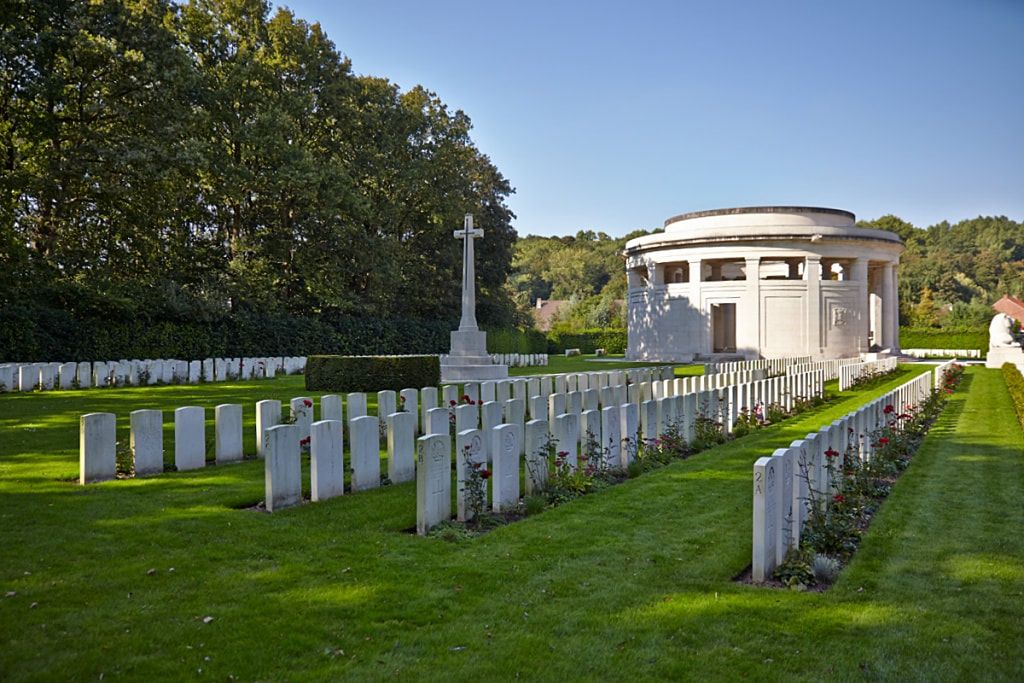 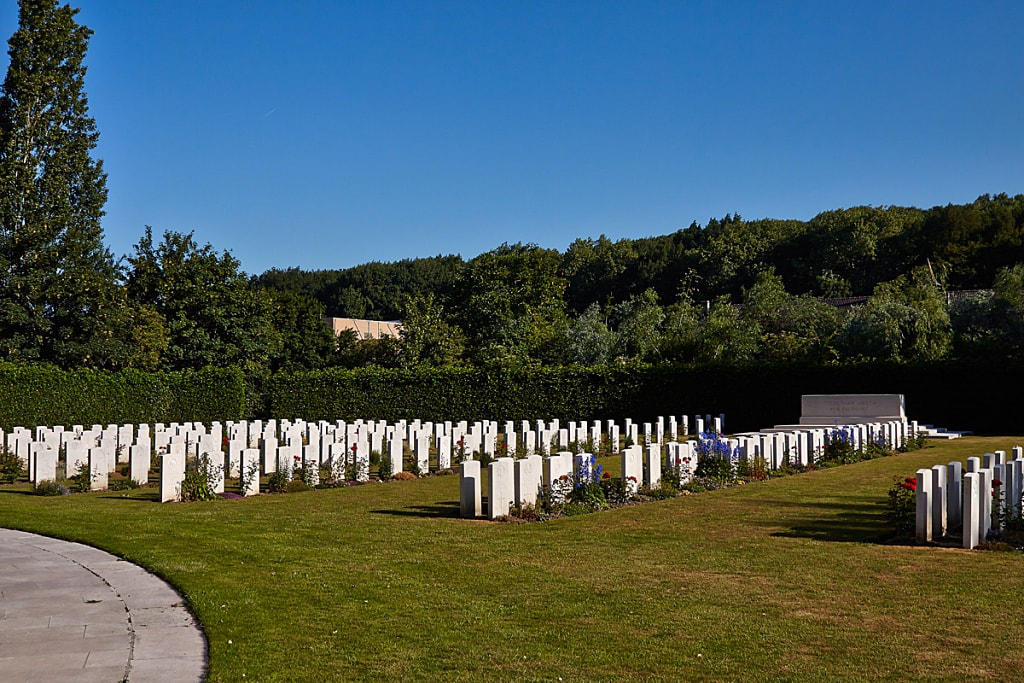 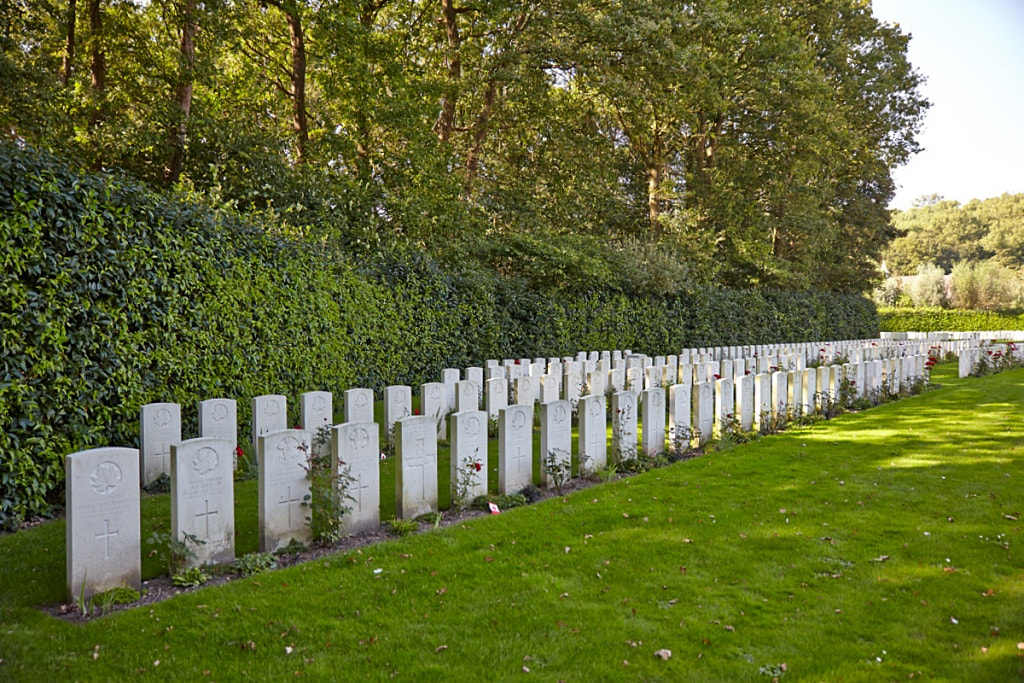 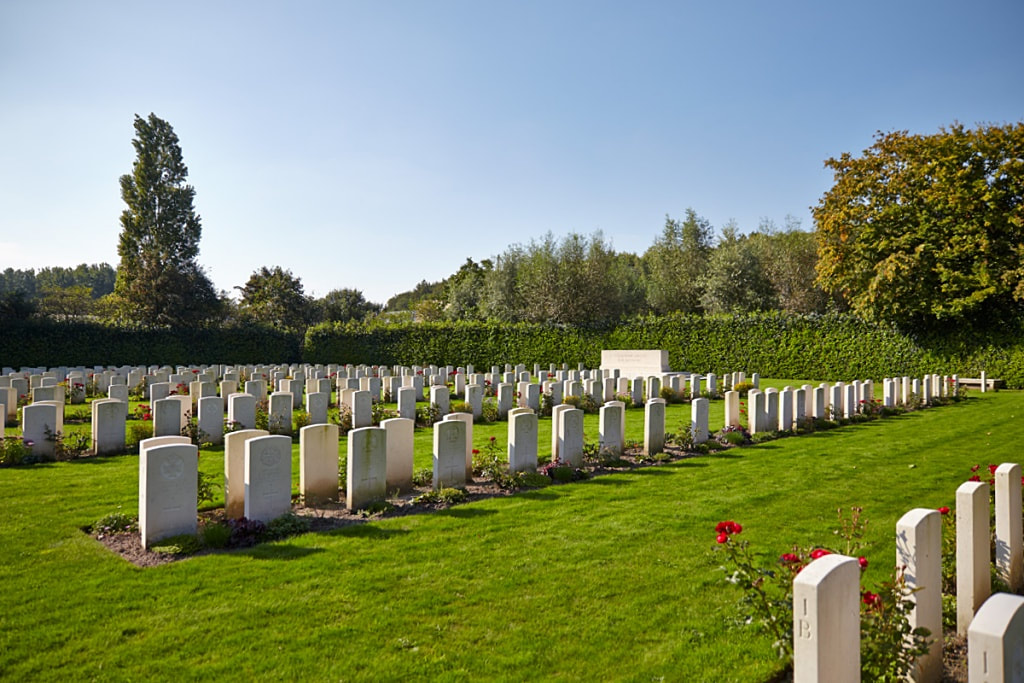 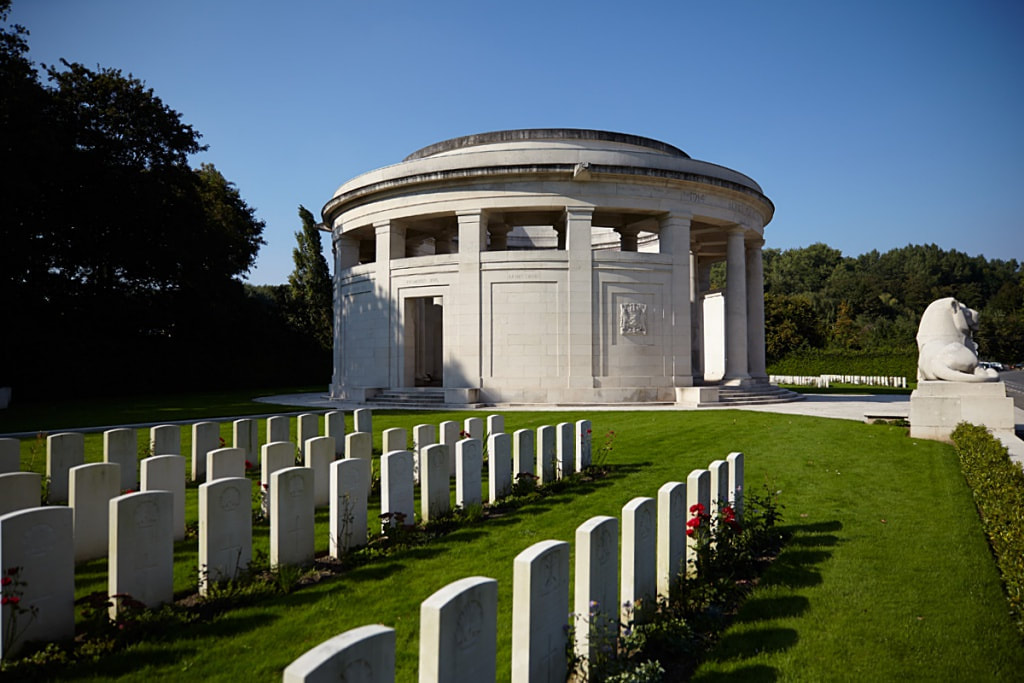 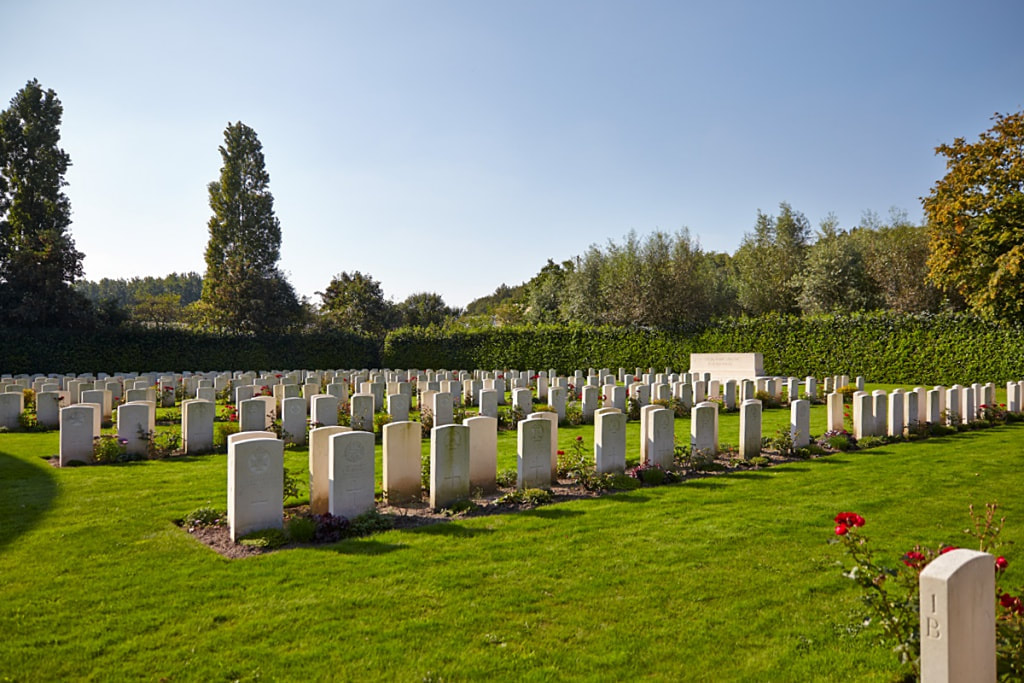 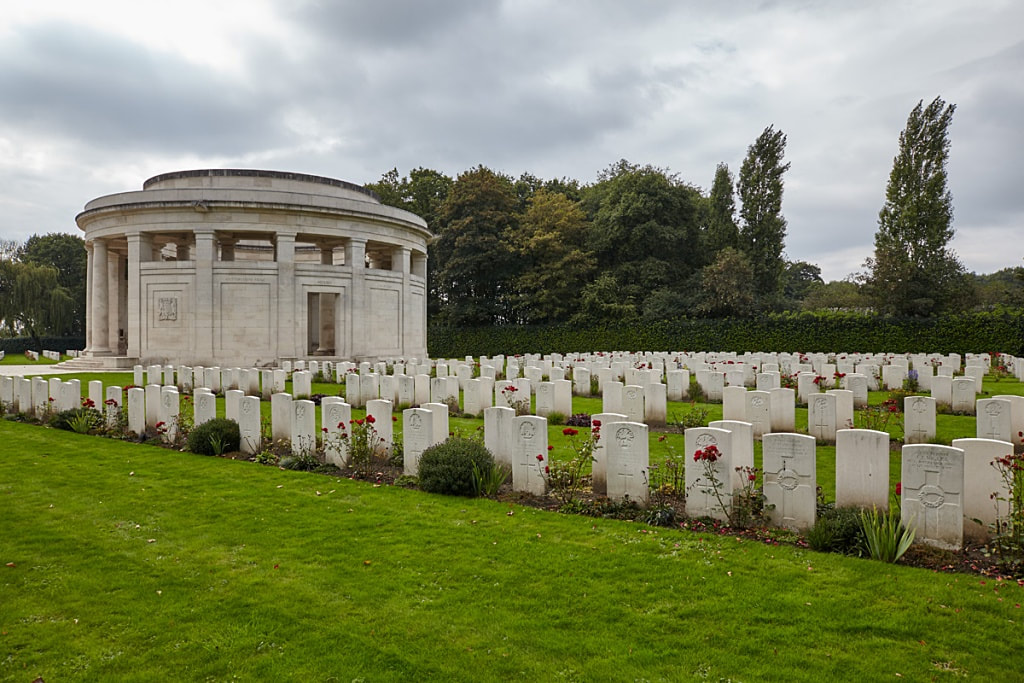 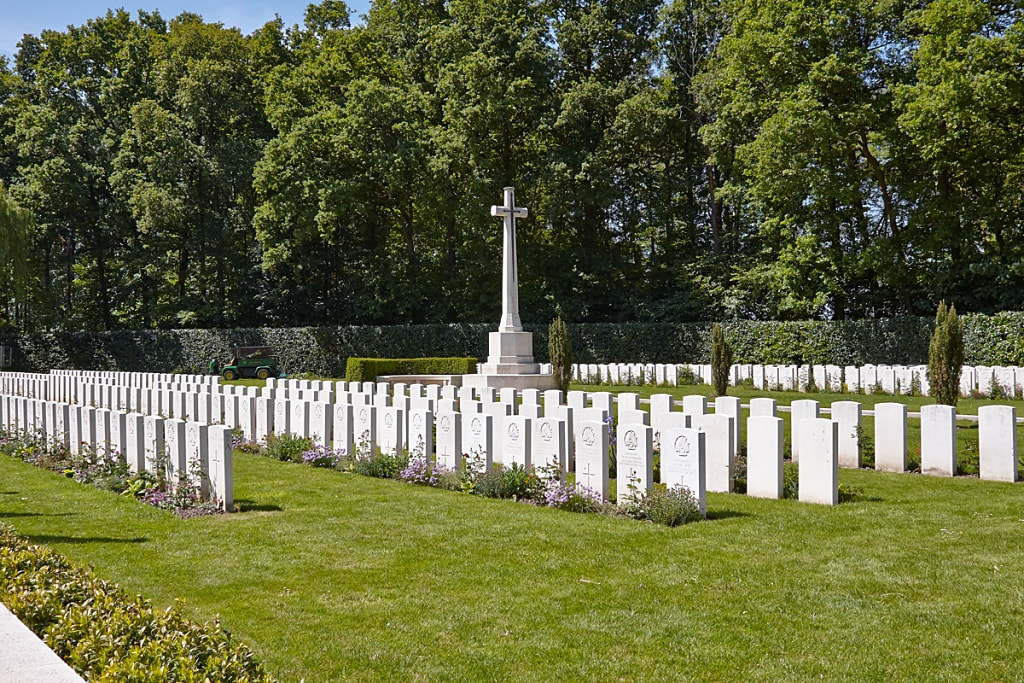 Riflemen Leonard and William Crossley were twin brothers who were both killed on 30th June 1916 and are buried next to each other in this cemetery. Plots I. E. 20 and I. E. 21. Sons of William and Emily Crossley, of St. James Green, Thirsk, Yorks. Pictures © Geerhard Joos 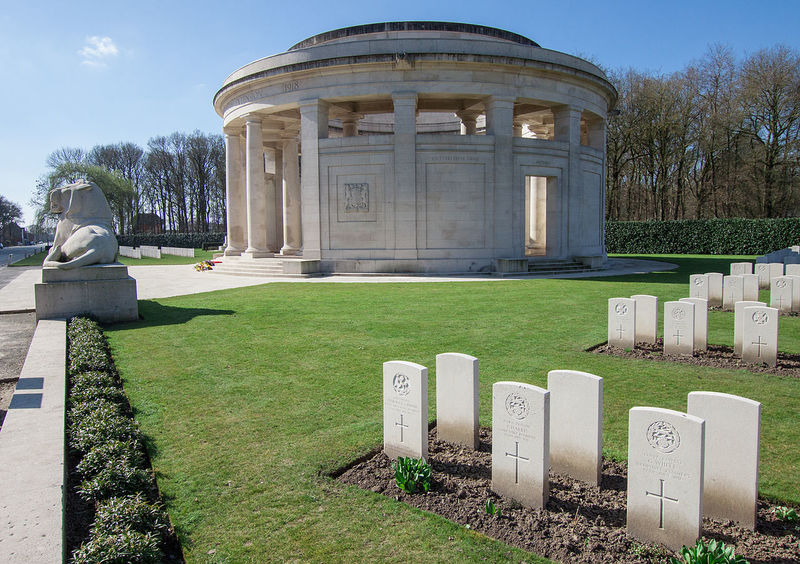 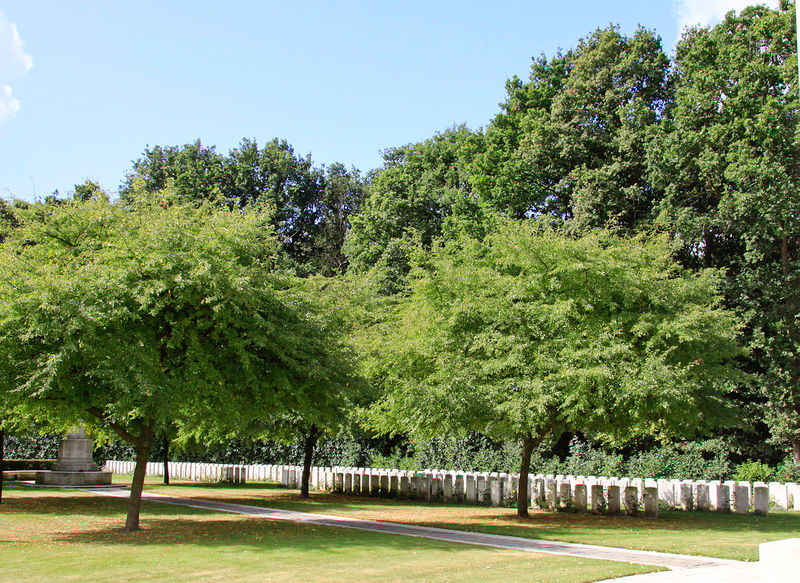 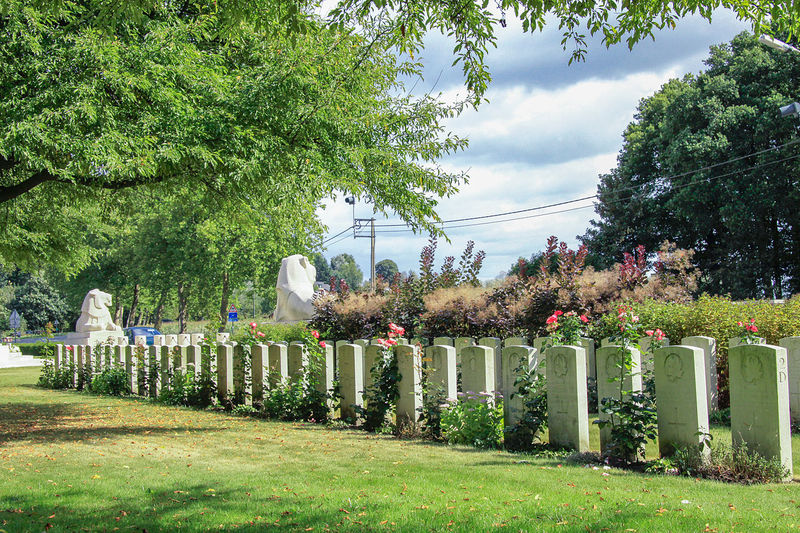 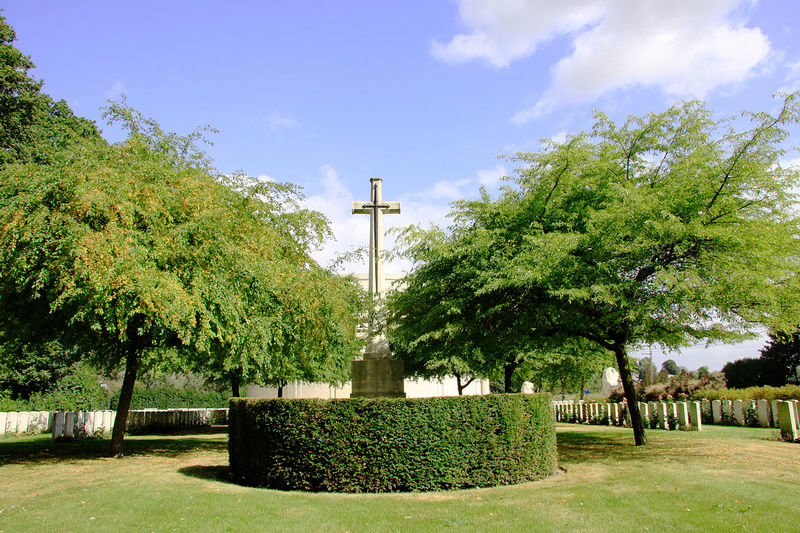 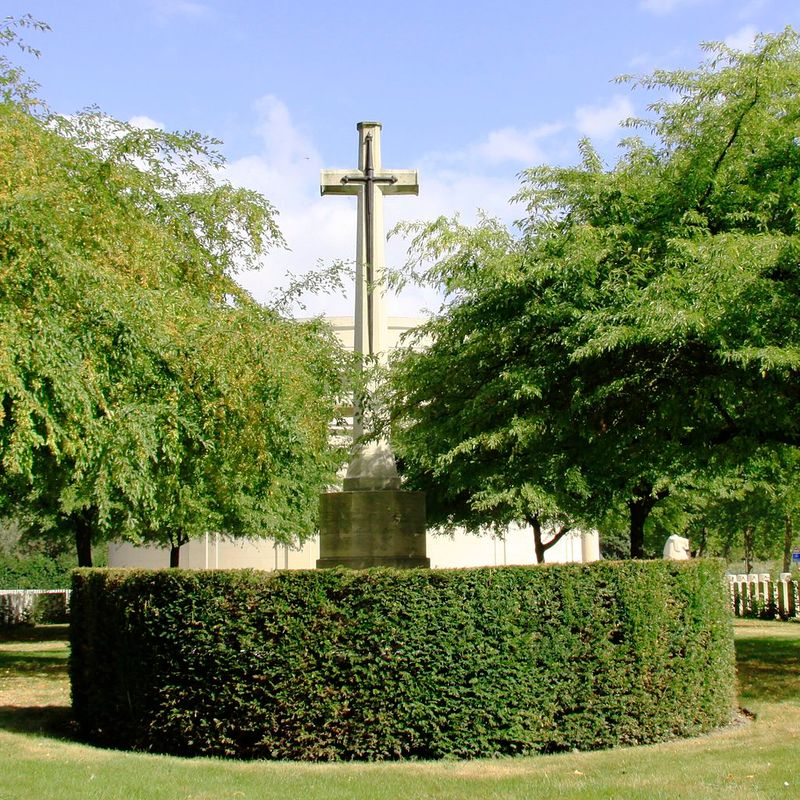 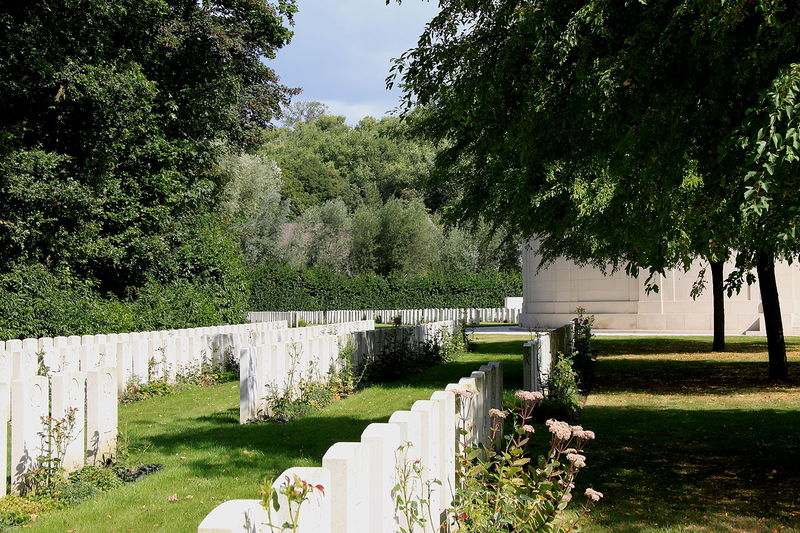 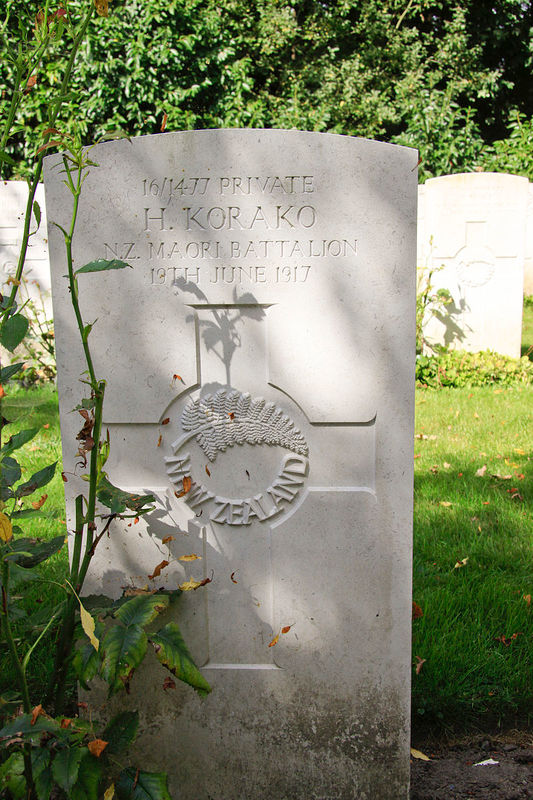 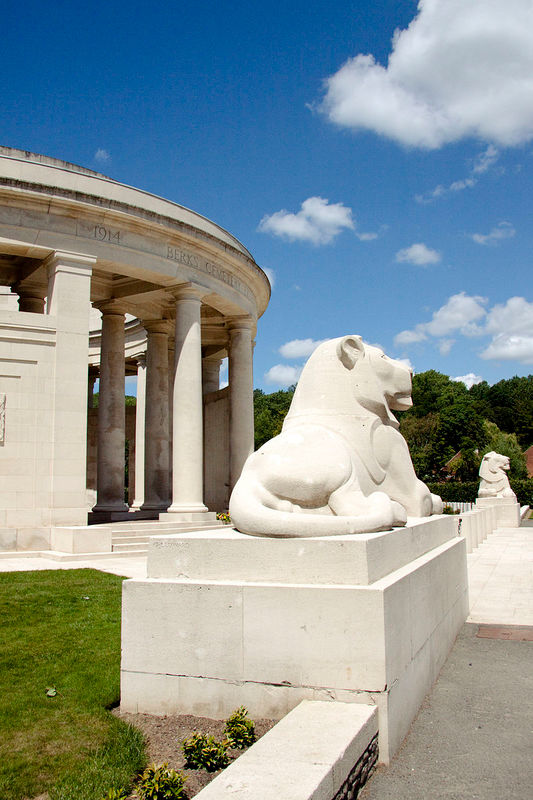 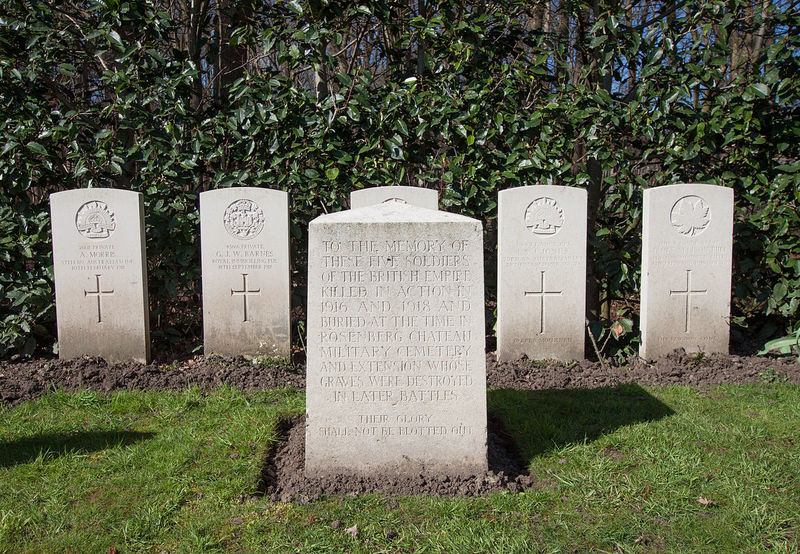 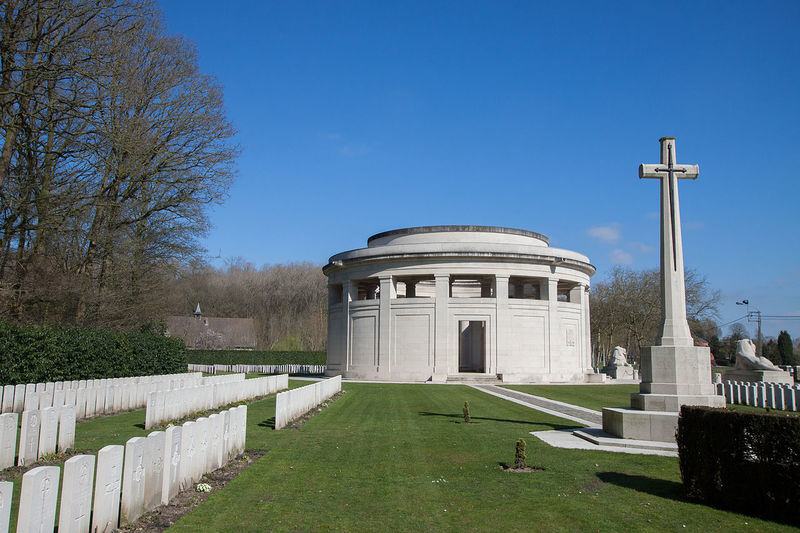 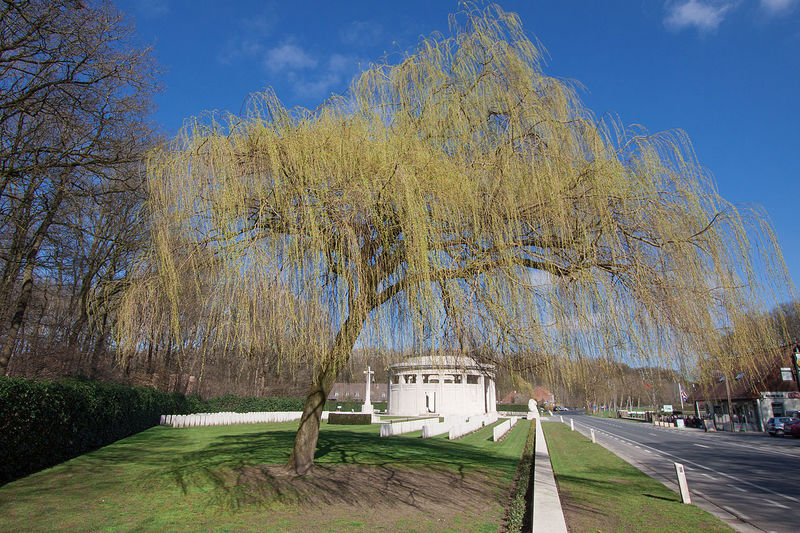 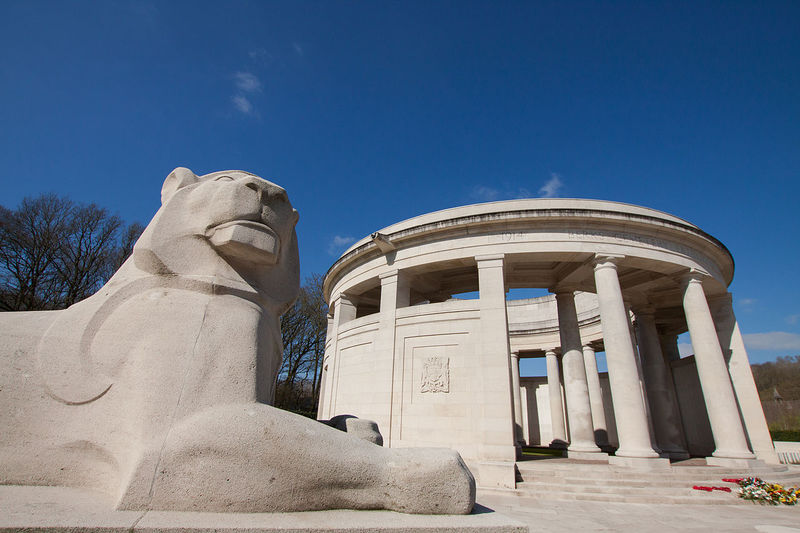 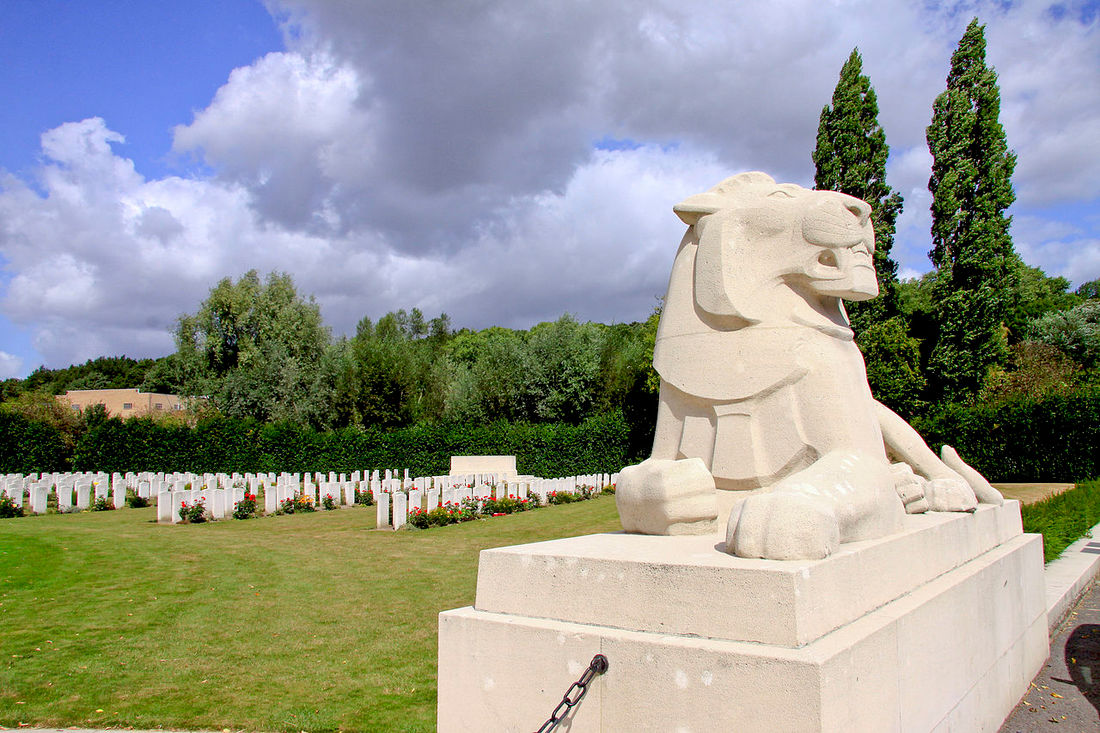 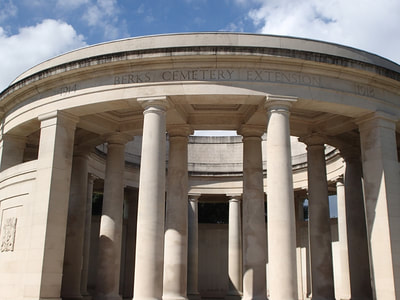 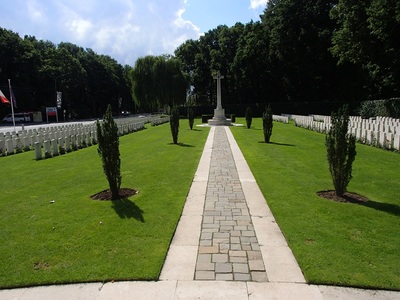 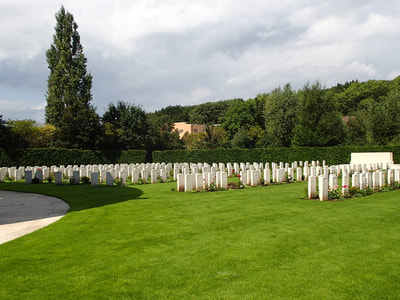 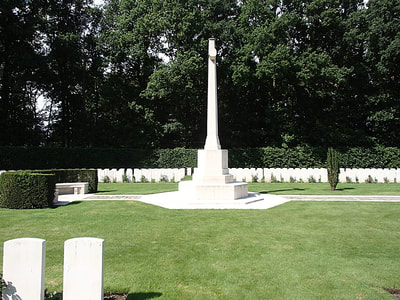 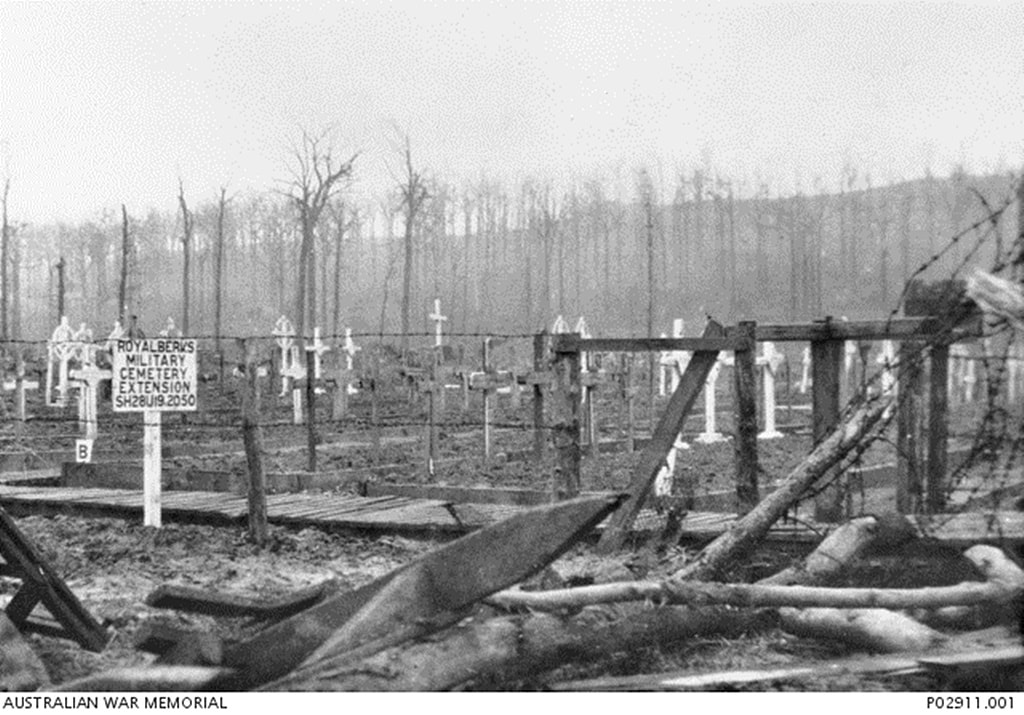 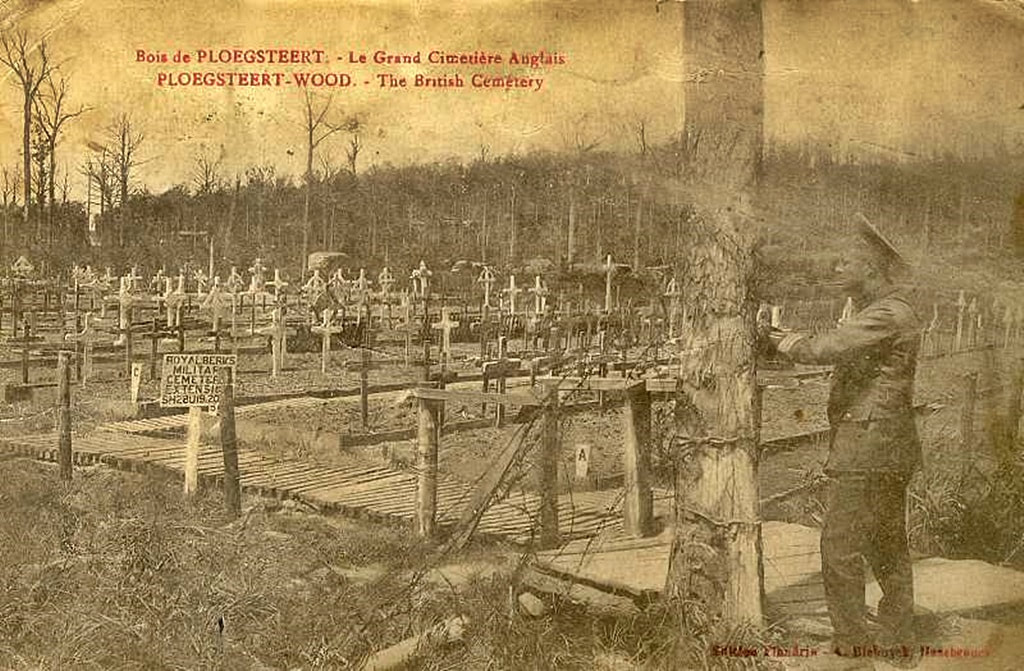