Jussy is a village in the Aisne department some 13 kilometres south-south-west of St Quentin.

At the junction of the D810 and D8 there is a large crucifix. Take the road next to the crucifix, then the first left which will take you to the cemetery.

From the entrance go to the back of the cemetery. The single Commonwealth plot is on the right hand side. From the centre turn right and the other Commission plot of 2 headstones faces you against the enclosure wall. 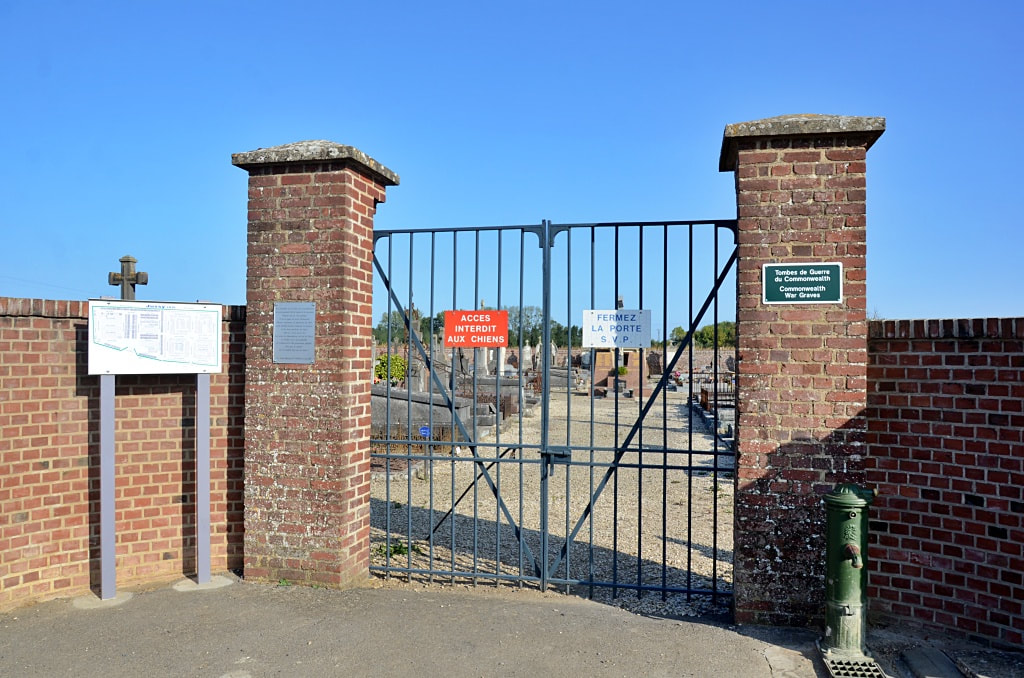 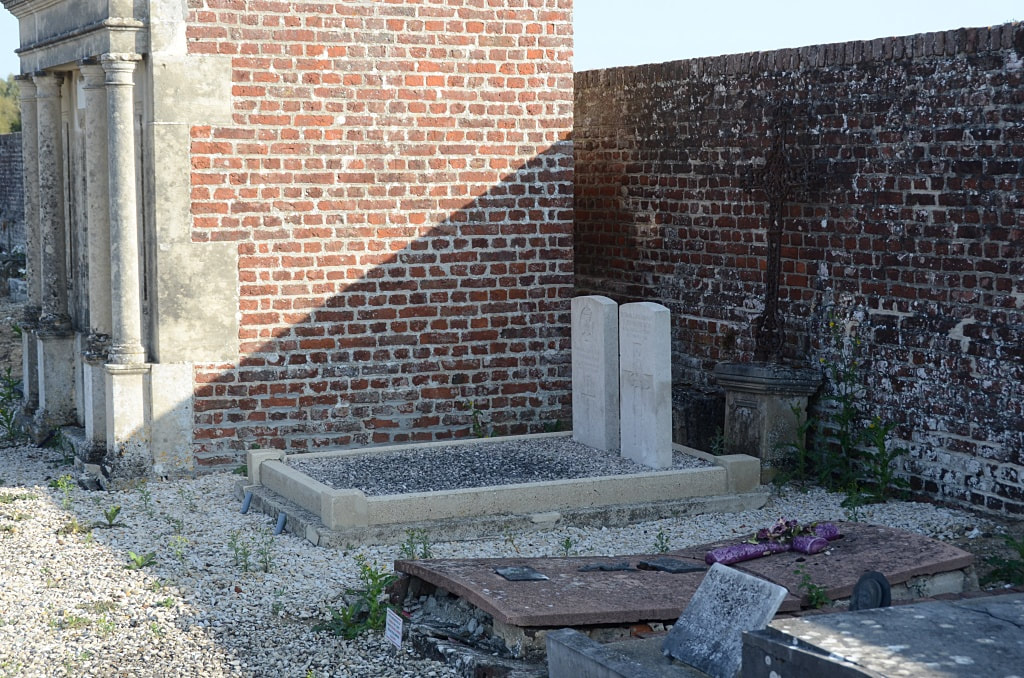 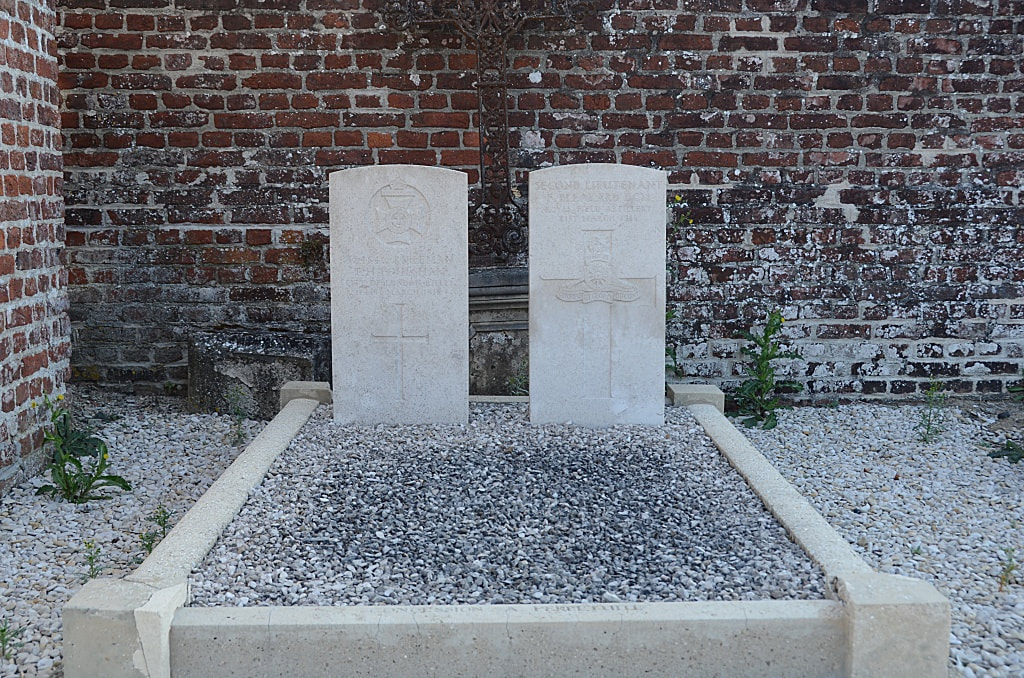 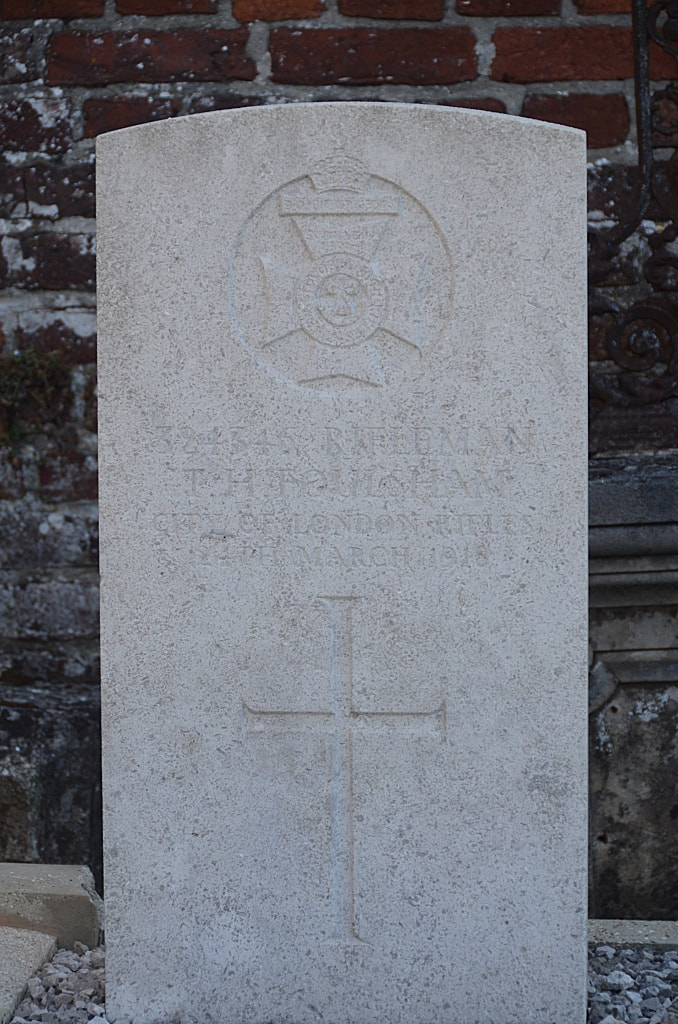 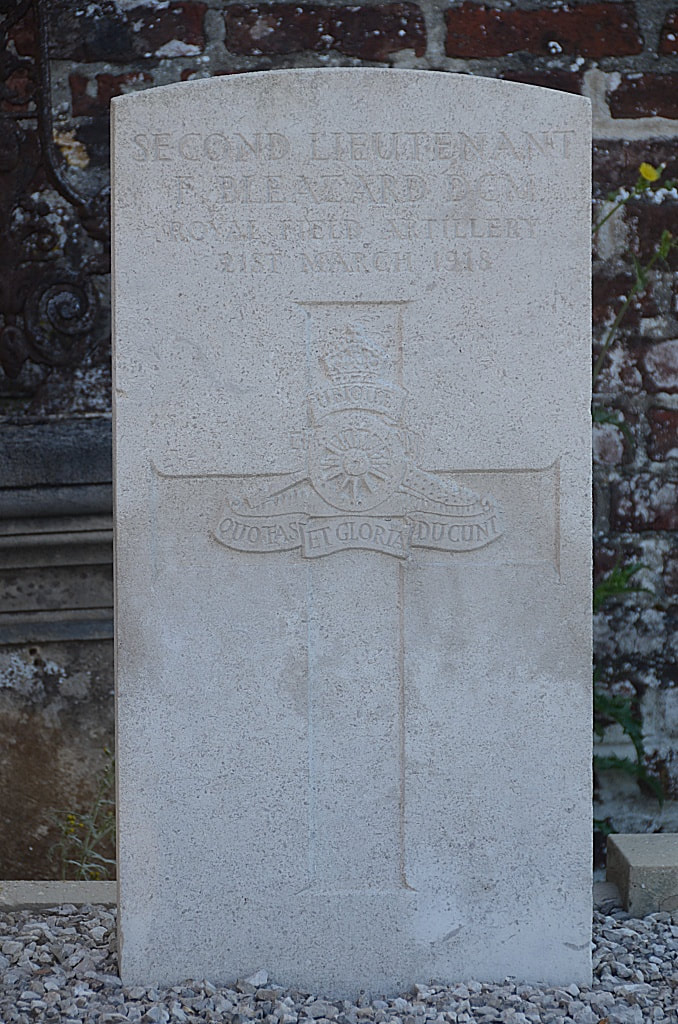 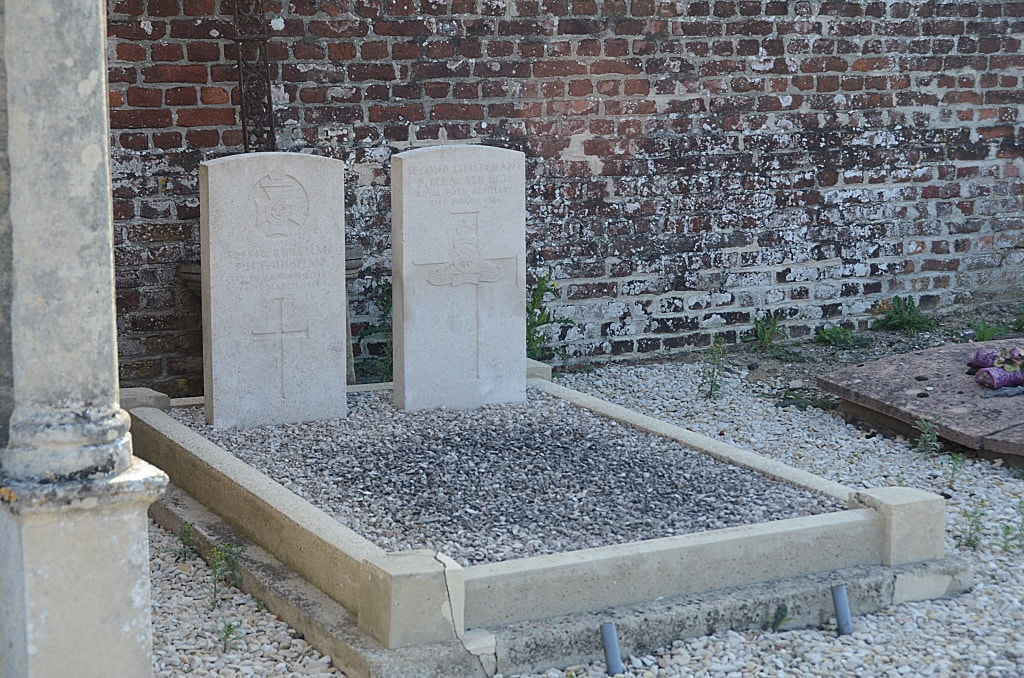 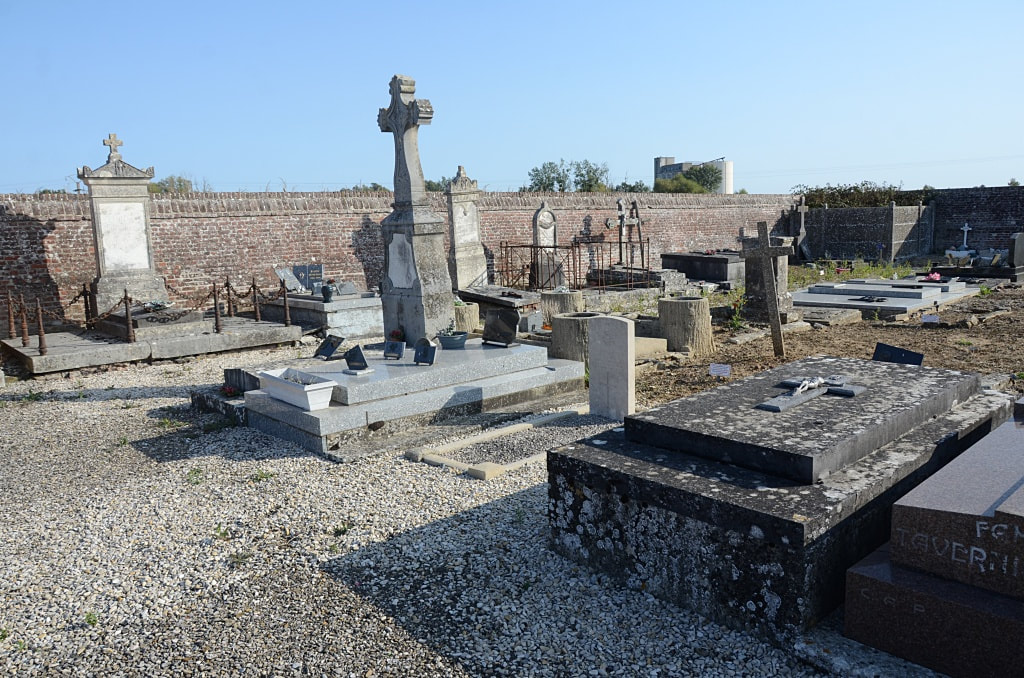 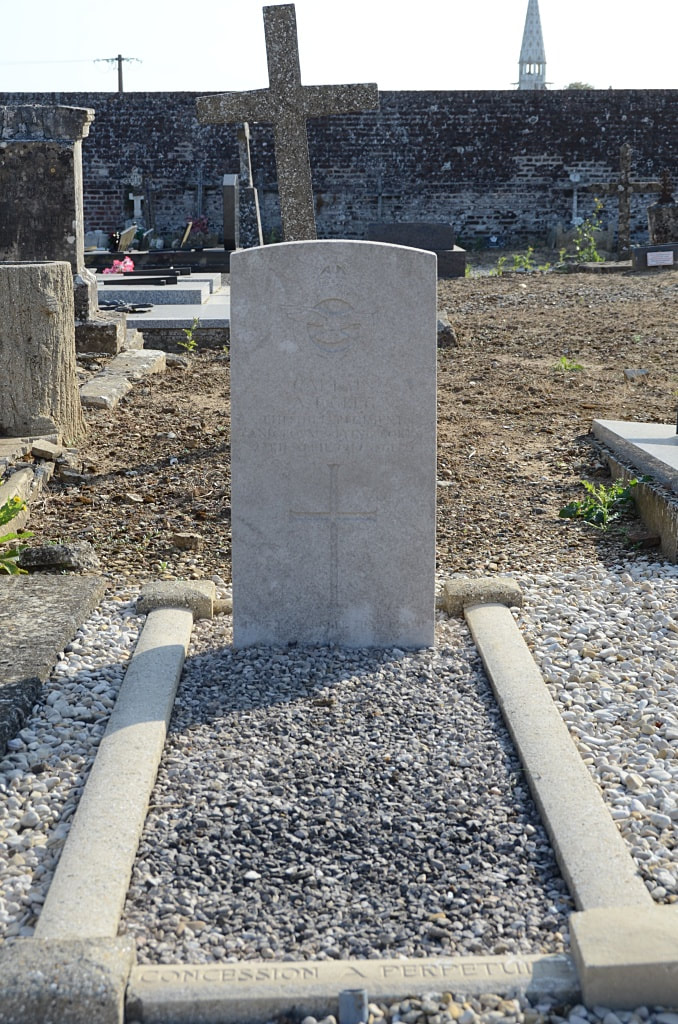 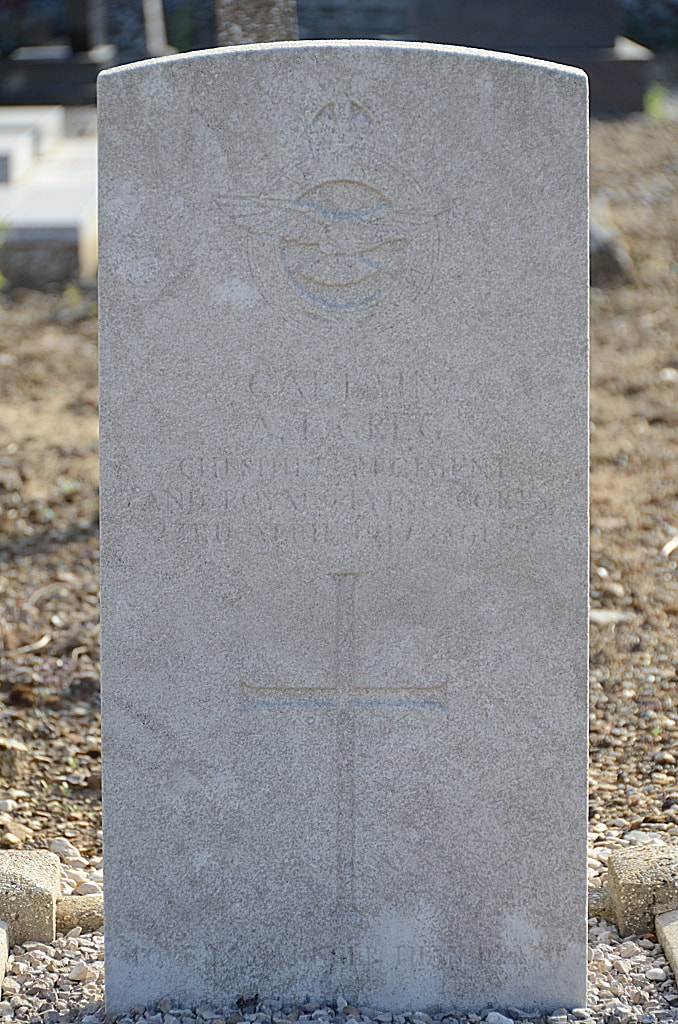 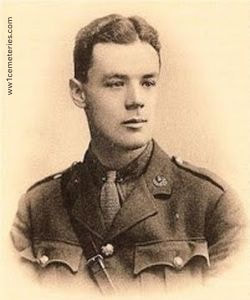 His headstone bears the inscription "Love Is Stronger Than Death"