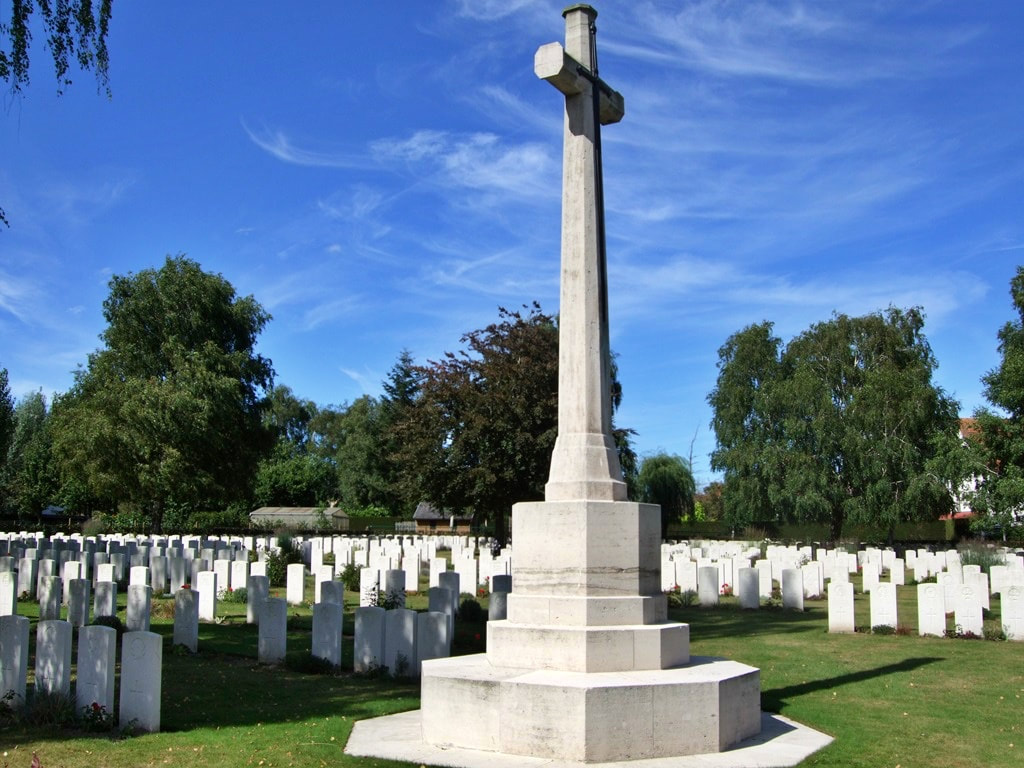 The cemetery is located to the North-East of the town of Ieper. From the station turn left and drive along M.Fochlaan to the roundabout, turn right and go to the next roundabout. Here turn left into M.Haiglaan and drive to the next roundabout. Here turn right into Oude Veurnestraat, this then changes to Diksmuidseweg and Brugseweg drive along this road to the traffic lights, at the lights turn left into Industrielaan then turn first right into Pilkemseweg, the cemetery is approx 400 metres on the left.

La Brique is a small hamlet named from an old brick works that used to stand nearby before to the First World War.

LA BRIQUE CEMETERY No.2 was begun in February 1915 and used until March 1918. The original cemetery consisted of 383 burials laid out in 25 irregular rows in Plot I. After the Armistice, graves were brought in from the battlefields to create Plot II and extend the original plot.

There are now 840 Commonwealth servicemen of the First World War buried or commemorated in this cemetery. 386 of the burials are unidentified, but special memorials commemorate four casualties known or believed to be buried among them.

Across the road is LA BRIQUE CEMETERY No.1, which was begun in May 1915 and used until the following December. It contains 91 First World War burials, four of them unidentified.

Both cemeteries were designed by Sir Reginald Blomfield.​ 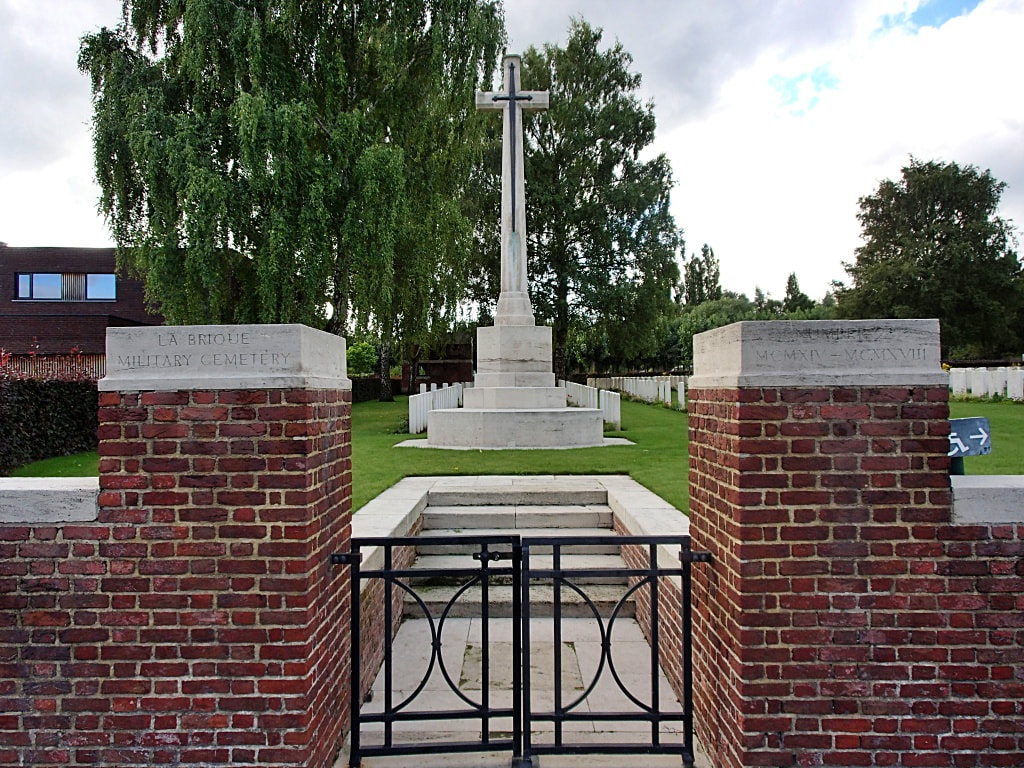 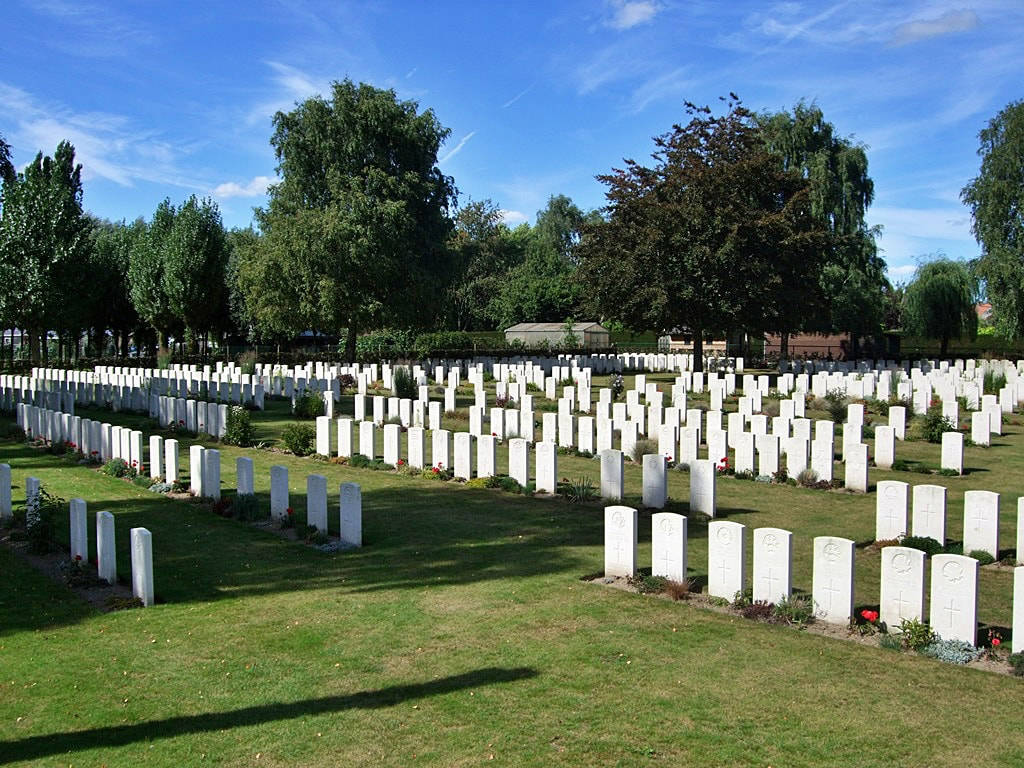 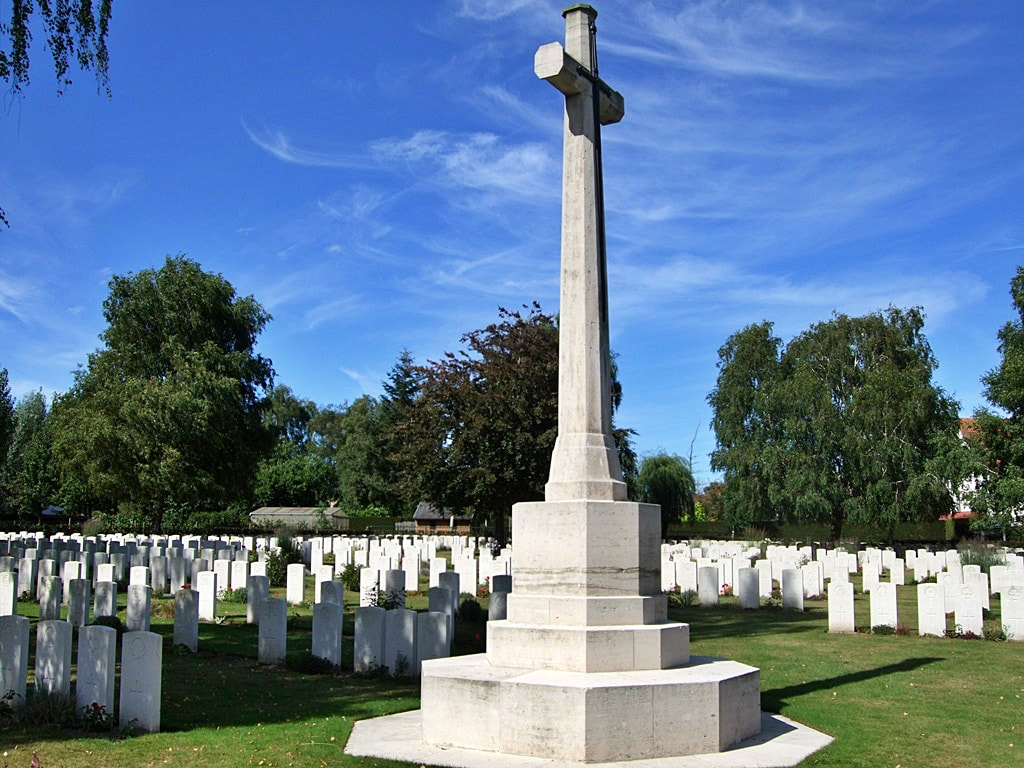 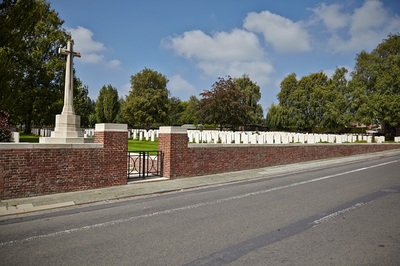 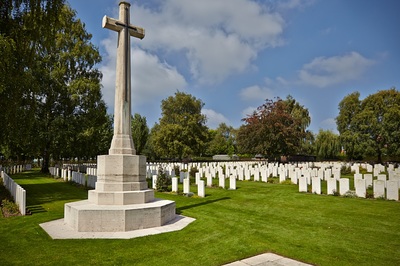 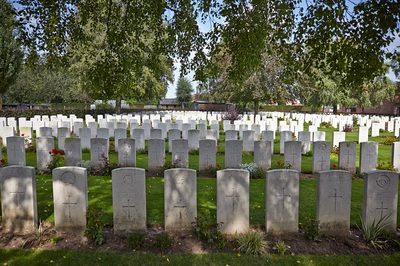 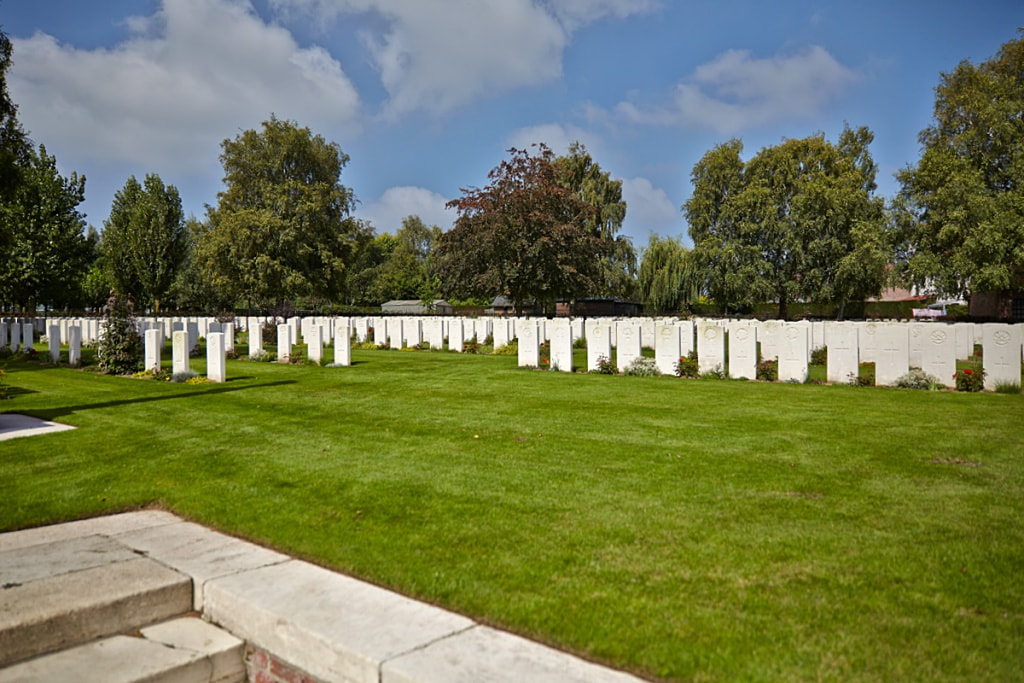 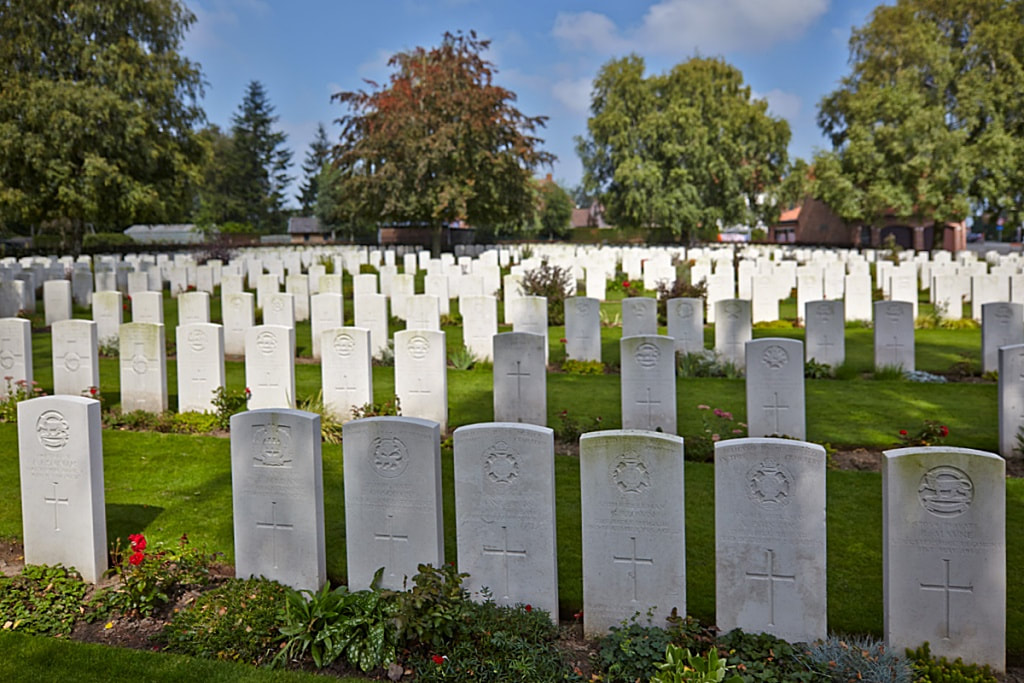 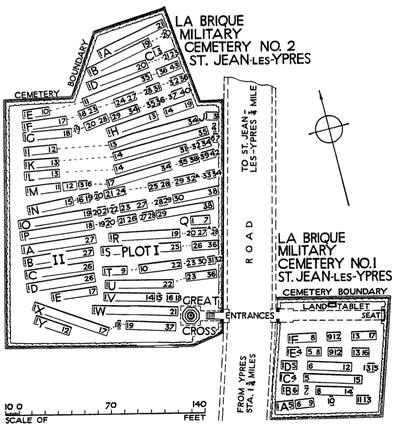 ​An extract from "The London Gazette," No. 29447, dated 21st Jan., 1916, records the following:-"For most conspicuous bravery on the night of 23rd Nov., 1915, near La Brique, France. He was one of a patrol of four which was reconnoitring towards the German lines. The patrol was discovered when close to the enemy who opened heavy fire with rifles and a machine gun, wounding the Officer and one man. The latter was carried back by the last remaining man. Corporal Drake remained with his Officer and was last seen kneeling beside him and bandaging his wounds regardless of the enemy's fire. Later a rescue party crawling near the German lines found the Officer and Corporal, the former unconscious but alive and bandaged, Corporal Drake beside him dead and riddled with bullets. He had given his own life and saved his Officer."
​
The officer rescued by Corporal Drake was Lieutenant Henry Tryon also of the Rifle Brigade. After Tryon recovered from his wounds he returned to his former unit and was killed in action at Flers-Courcelette on 15 September 1916. His body was not identified after the war and he is now commemorated on the Thiepval Memorial. 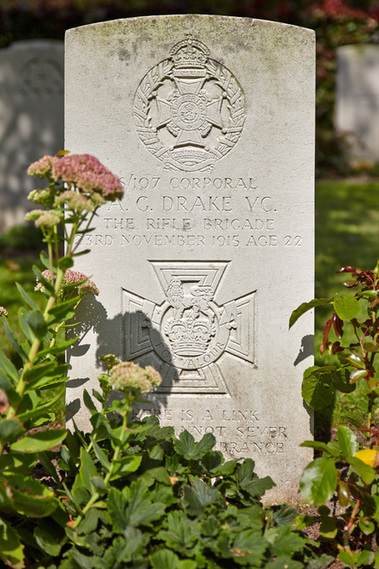 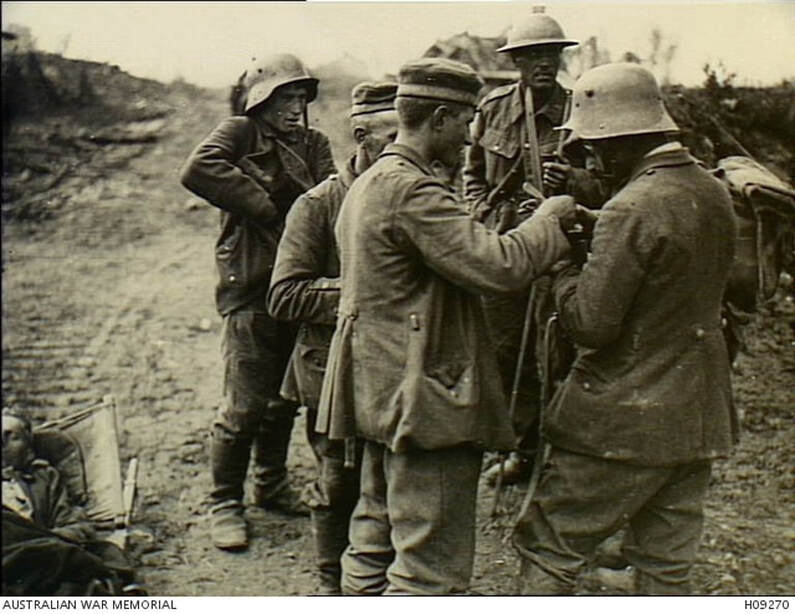 St Jean, Belgium. c. 1918. A tin of bully beef being shared by some German Army prisoners of war during the Battle of Flanders. 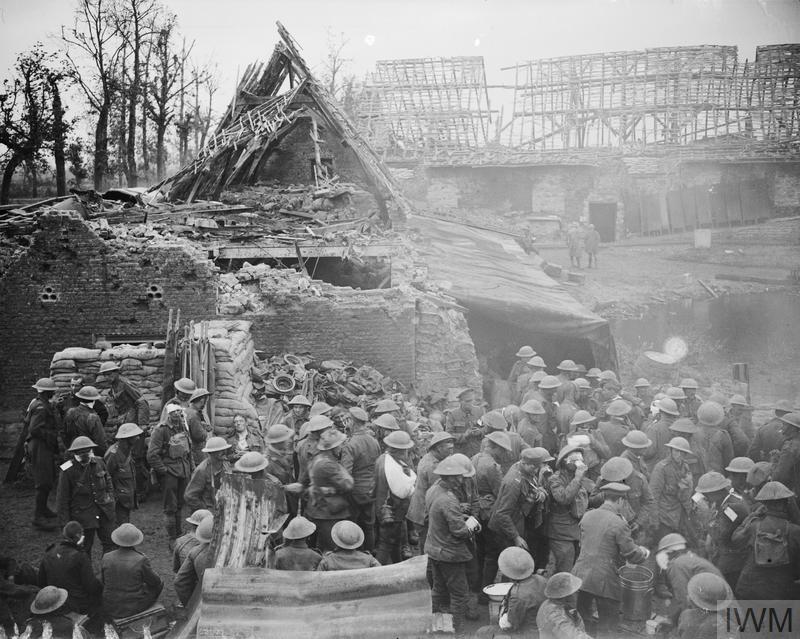 Wounded soldiers at a RAMC dressing station on a ruined farm near Wieltje, on the road to Broodseinde, 5 October 1917. © IWM (Q 6042) 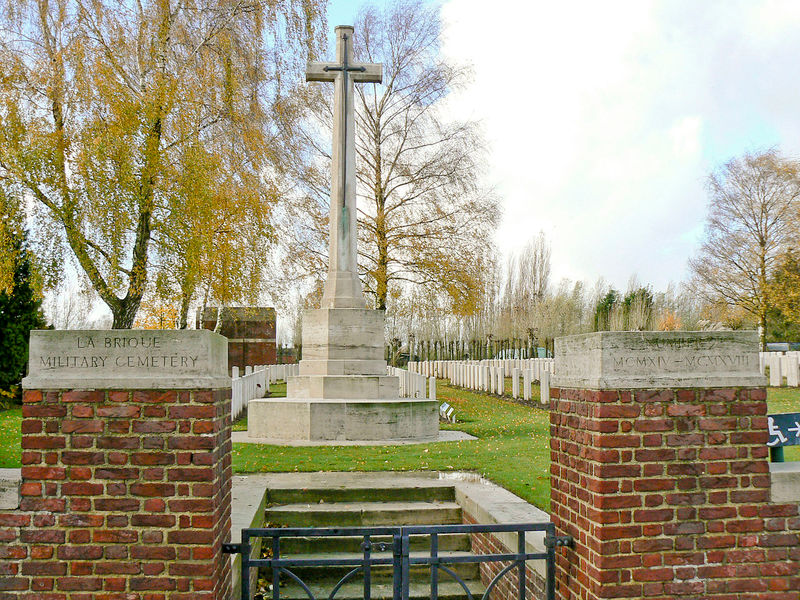 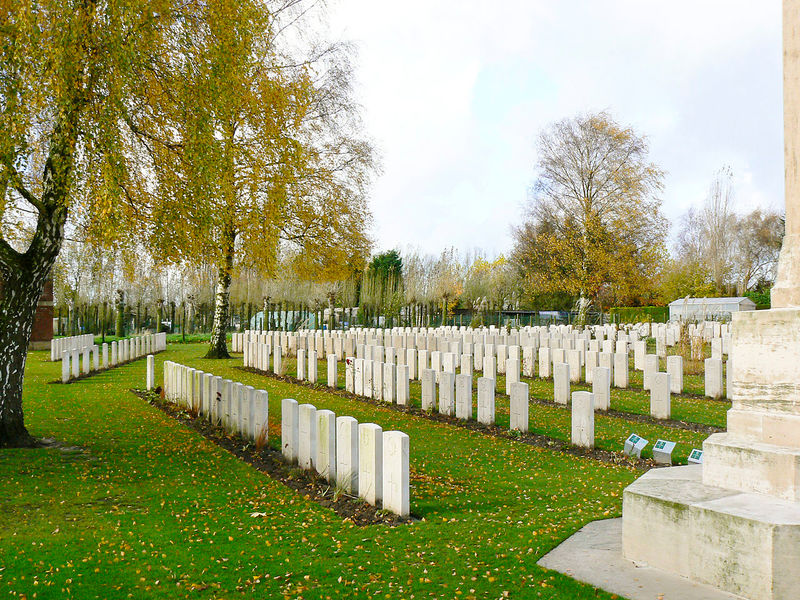 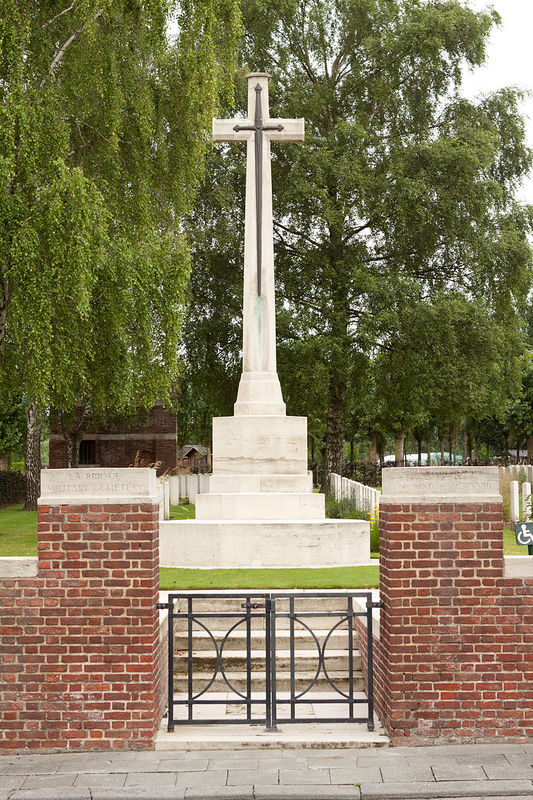 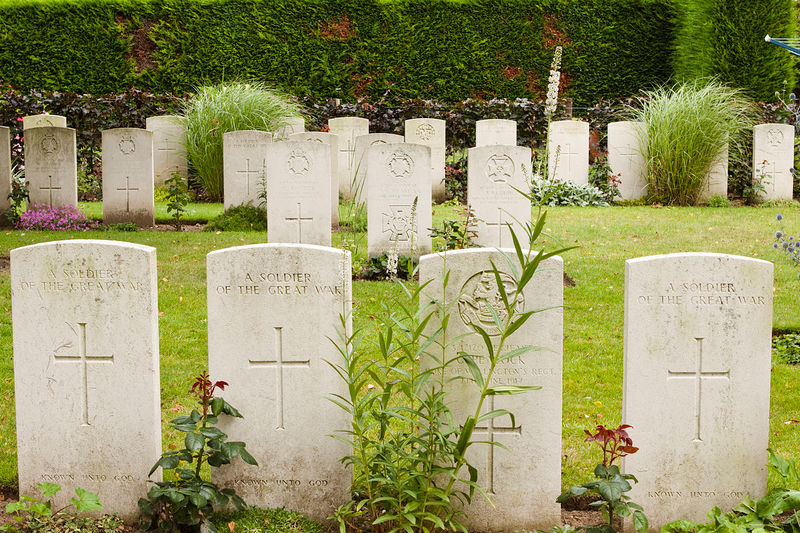 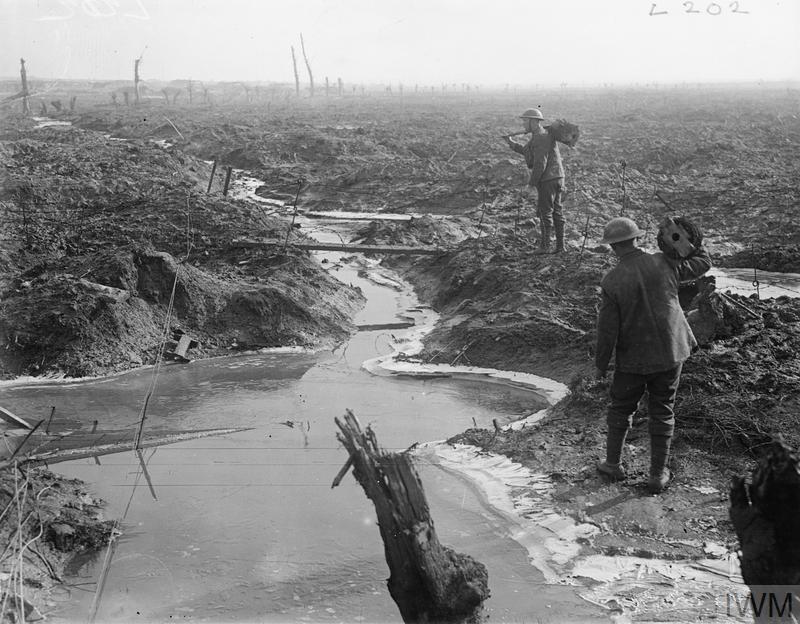 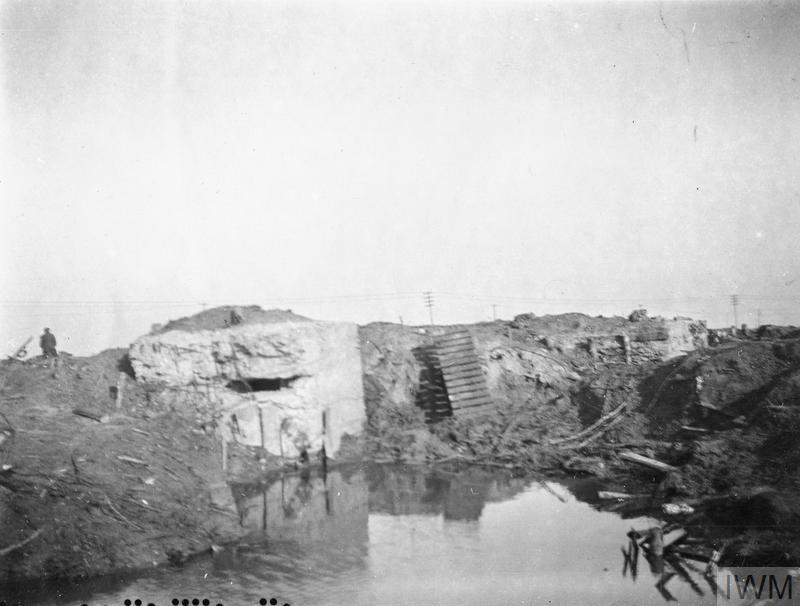 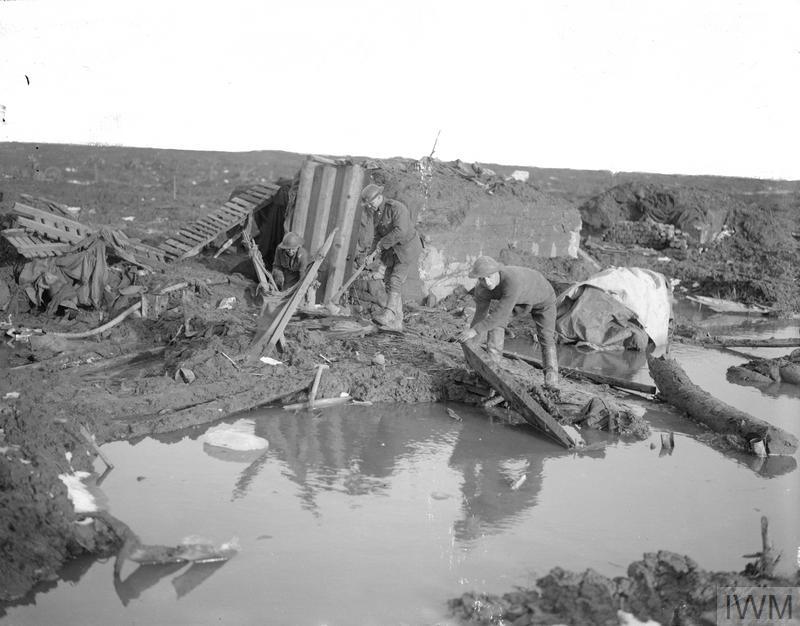 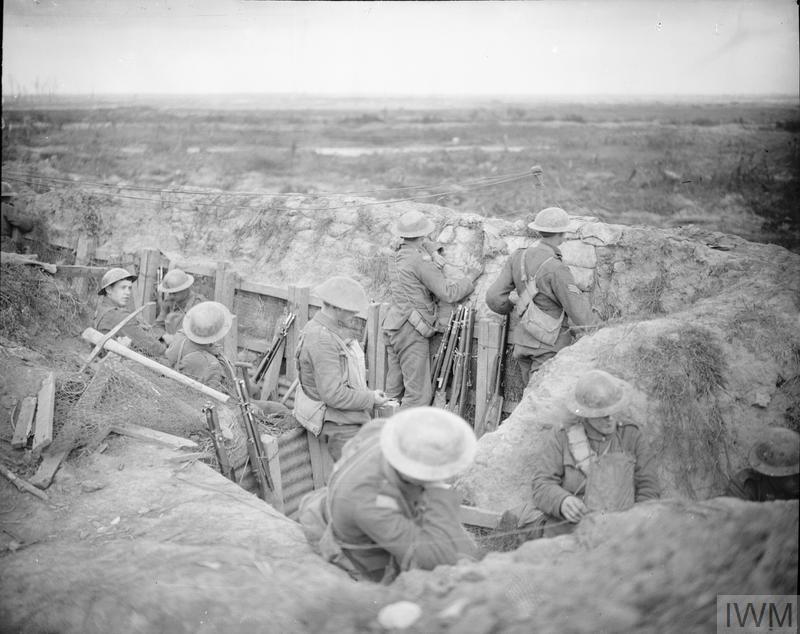 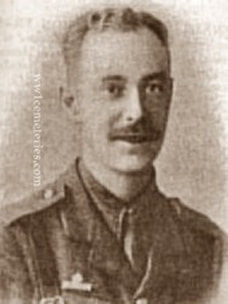 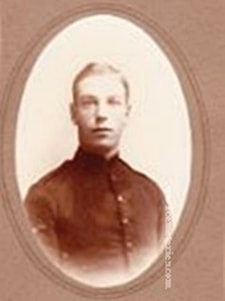 Herbert was killed in the trenches at Ypres on the 17 June 1915, aged 22. He was a Lance Sergeant when they mobilised for war on 12 September 1914, landing at St Nazaire. They engaged in various actions in the first Battle of Ypres including those on the Aisne heights towards the end of September 1914 and the attack on Perenchies about a month later. They also took part in the Christmas truce of 1914. He was promoted to Sergeant at some point before he died. 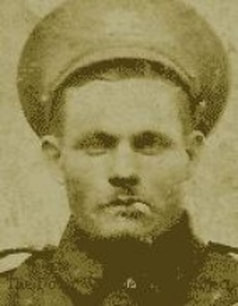 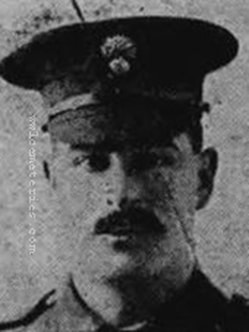 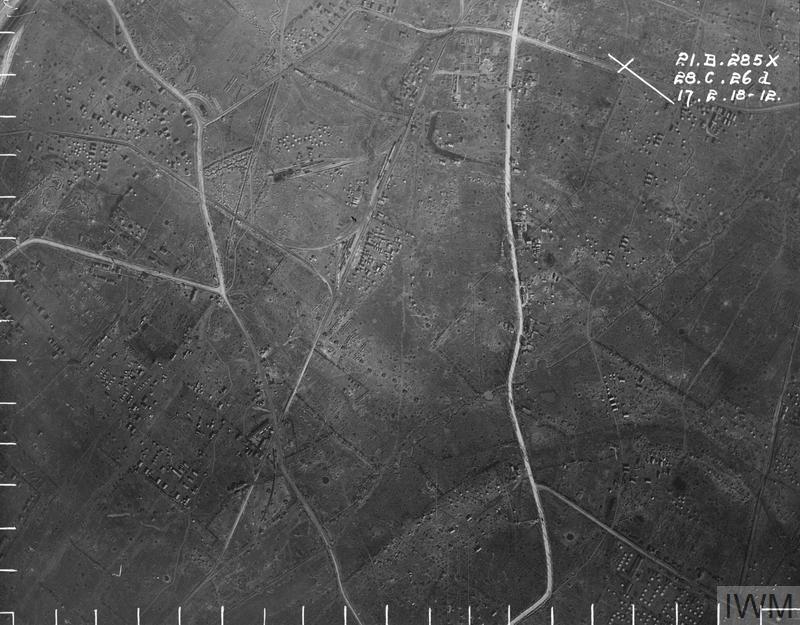 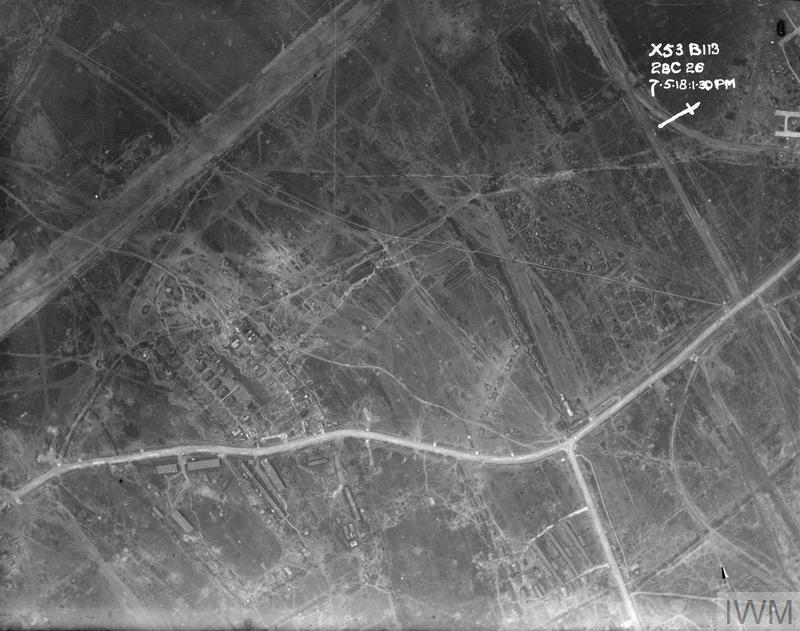 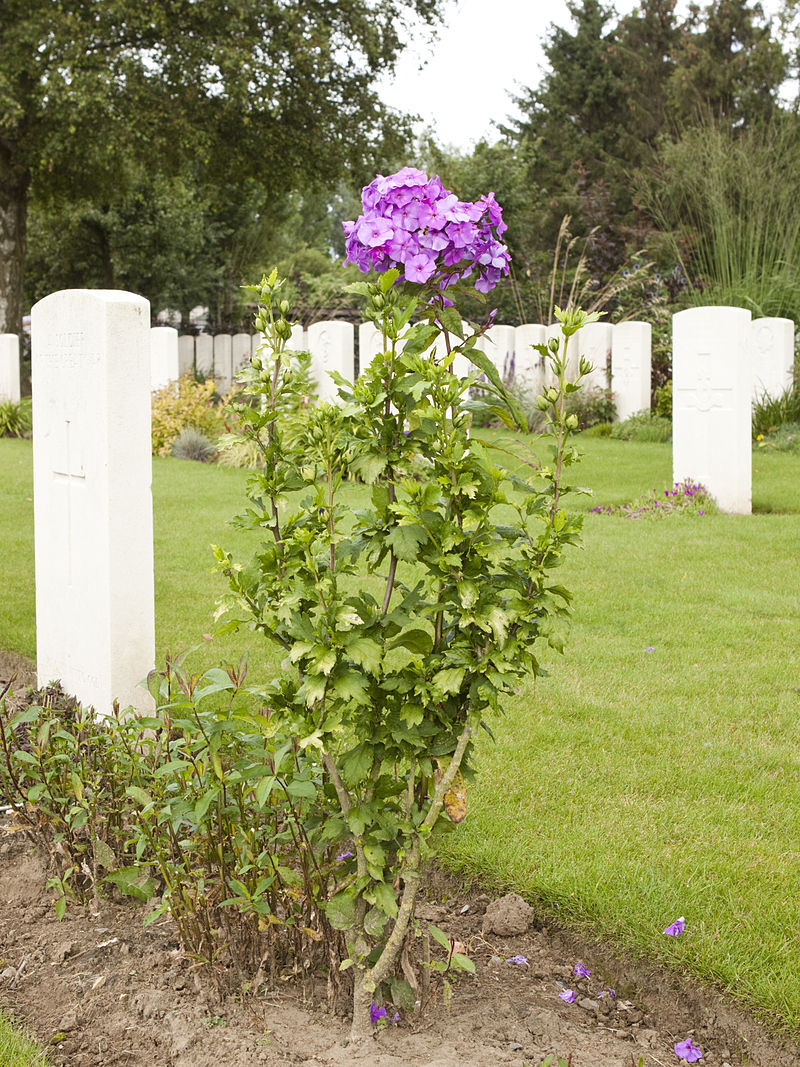 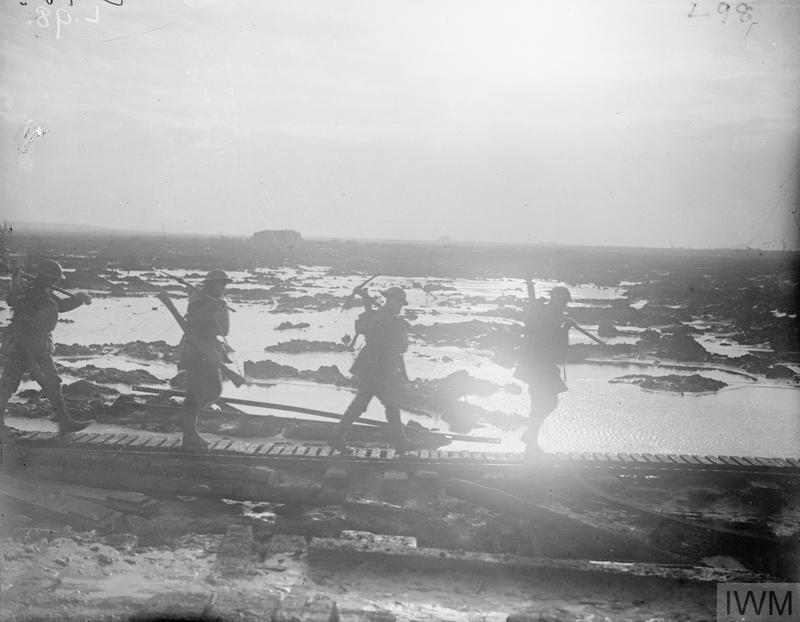 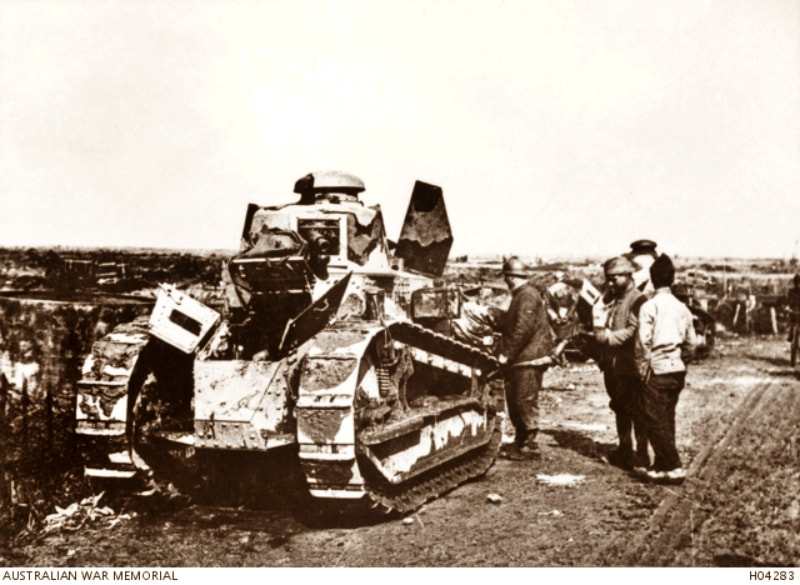