Steenwerck is a village in the Department of the Nord, on the south-west side of the Armentieres to Bailleul road (D933).

Le Grand Beaumart British Cemetery is located on the south-west side of the village on the D38.

Steenwerck remained untouched for much of the First World War, but on 10 April 1918 it was captured during the German advance and remained in their hands until the beginning of October.

The original cemetery (now Plot I, Rows A to D) was made by fighting units and field ambulances in April and October 1918, and contained 55 graves. It was increased after the Armistice when graves were brought in from the battlefields of Steenwerck, Nieppe and Armentieres. Among them were 116 Commonwealth graves from STEENWERCK GERMAN CEMETERY, a large burial ground on the Steenwerck-Trois Arbres road.

Le Grand Beaumart British Cemetery contains 553 burials and commemorations of the First World War. 108 of the burials are unidentified but there are special memorials to 12 casualties known to be buried among them, and to three soldiers buried in the cemetery in April 1918 whose graves were destroyed by shell fire. Eight other special memorials commemorate casualties known to have been buried in Steenwerck German Cemetery whose graves could not be found. 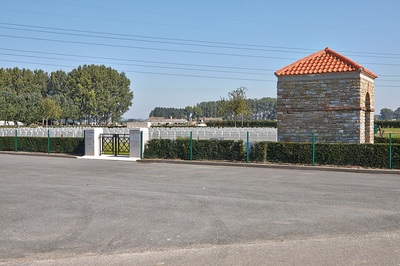 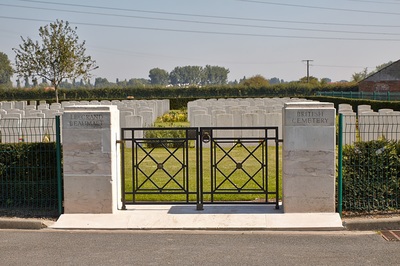 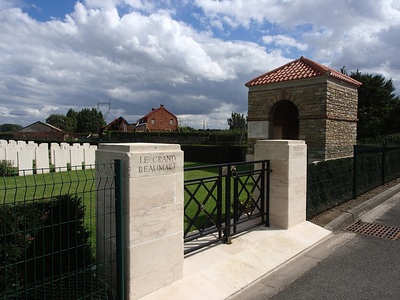 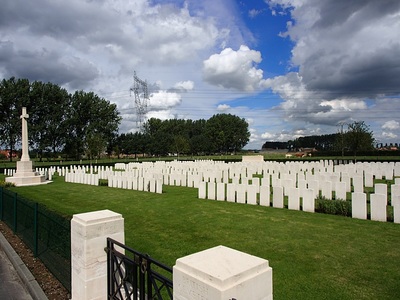 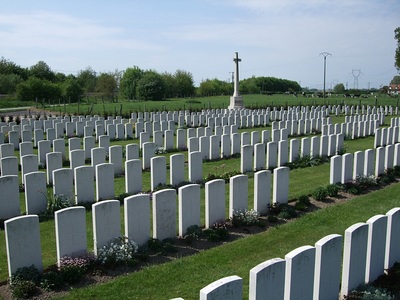 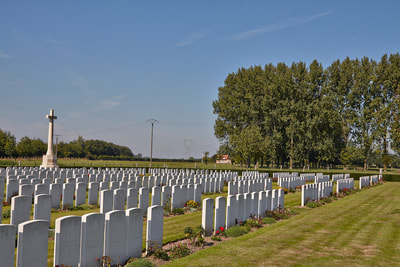 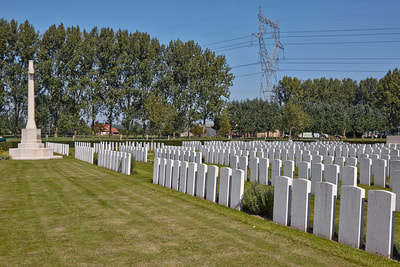 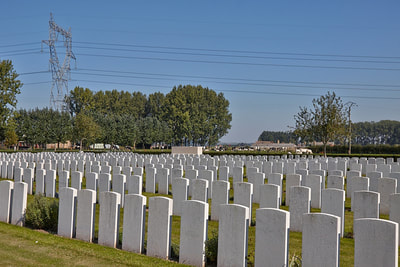 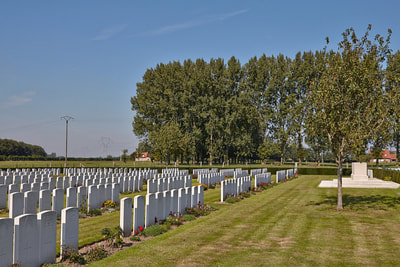 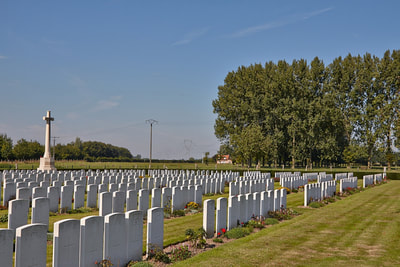 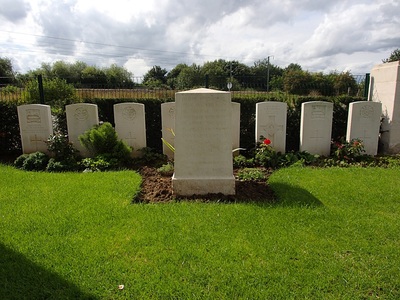 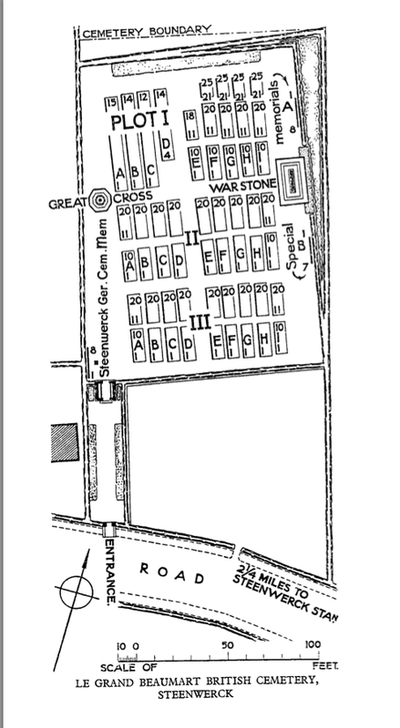 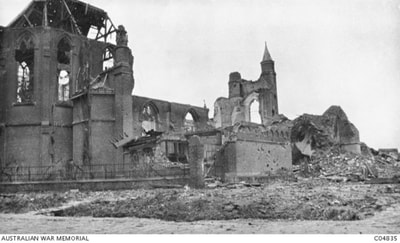 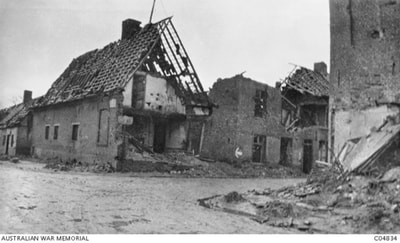 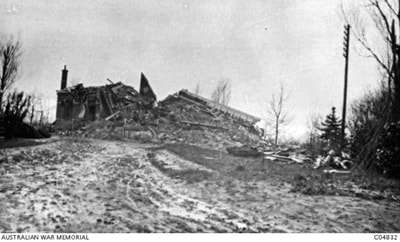 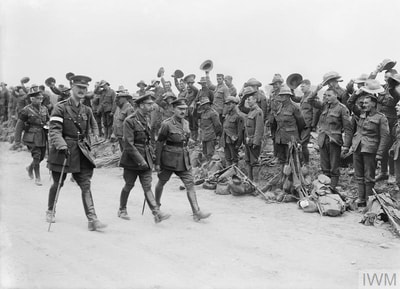 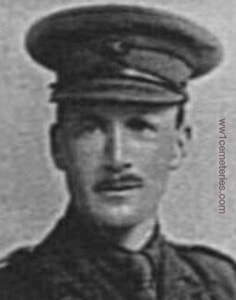 ​His headstone bears the inscription; "All You Had Hoped For, All you Had You Gave." 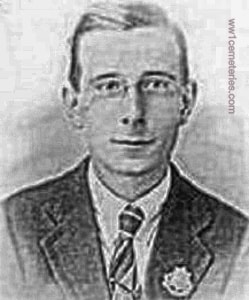 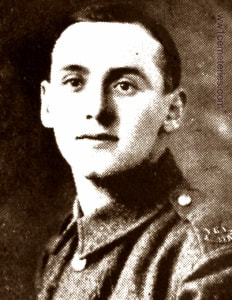 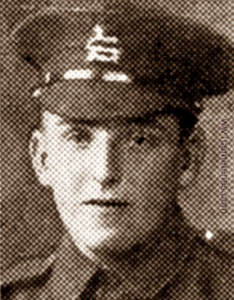 His headstone bears the inscription; "To Live In Hearts We Leave Behind Is Not To Die." 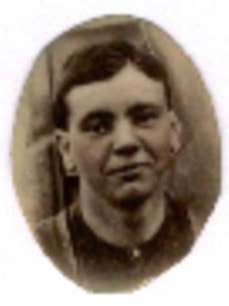 Picture courtesy of Sydney Rowe Bardsley, nephew of this soldier 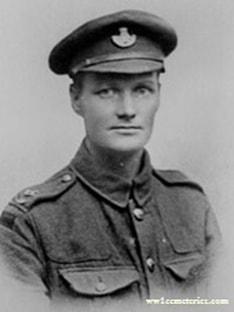 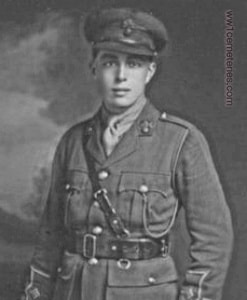 ​His headstone bears the inscription; "His Was The Joy Which Made Others Smile When They Met Him."
Shot at Dawn

2701 Lance Corporal William John Irvine, 1st Bn. King's Own (Royal Lancaster Regiment), executed for desertion 20th April 1915, aged 19. Son of Jane Irvine, of 124, Stoop Street, Barrow-in-Furness. Plot III. H. 19. He enlisted in July 1914, but deserted in October — only a month after arriving in France — when his battalion had been in action at Meteren.  On 28 December, Irvine gave himself up to the authorities, but on 21 January escaped, being re-arrested in Boulogne 10 days later.  He escaped yet again on 18 March — & at eventual trial faced charges of desertion & also of theft (of a comrade’s property) & attempting to escape. (Putkowski,p.41)​

8136 Private James Kershaw, 1st Bn. King's Own (Royal Lancaster Regiment), executed for desertion, 26th April 1915. Plot III. H. 2. He was a regular who had served in India before the war; & had fought in early engagements in 1914.  In late October, Kershaw deserted from his billet at Armentières the day before his battalion was due to return to the front line.  He was detained on November 29, & escaped on December 3, being found in Paris on 2 January, 1915.
Kershaw escaped again, was recaptured & escaped again from Rouen on February 11.  However on February 26, he was arrested for the last time, in Calais.  At trial, he claimed a history of nervous trouble & heart failure.
(Putkowski,pp.41-42)
​
(James Kershaw was an alias for James Tupman, as detailed on his Soldiers’ Effects record. He was the son of Joseph and Esther Tupman of Oldham who both predeceased him, and brother of Sarah Ellen Lee (husband of Charles Lee) of 10 Gladstone St, Oldham). Additional text courtesy of Richard Baker. 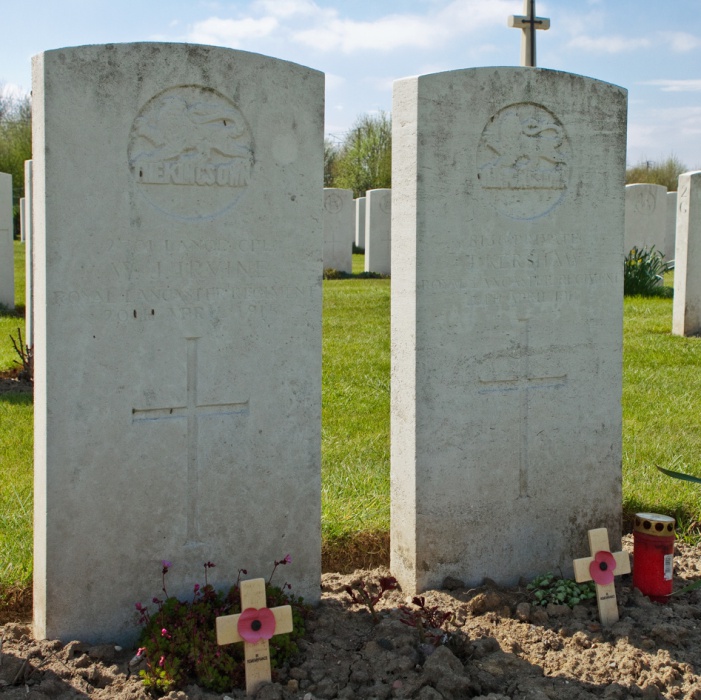 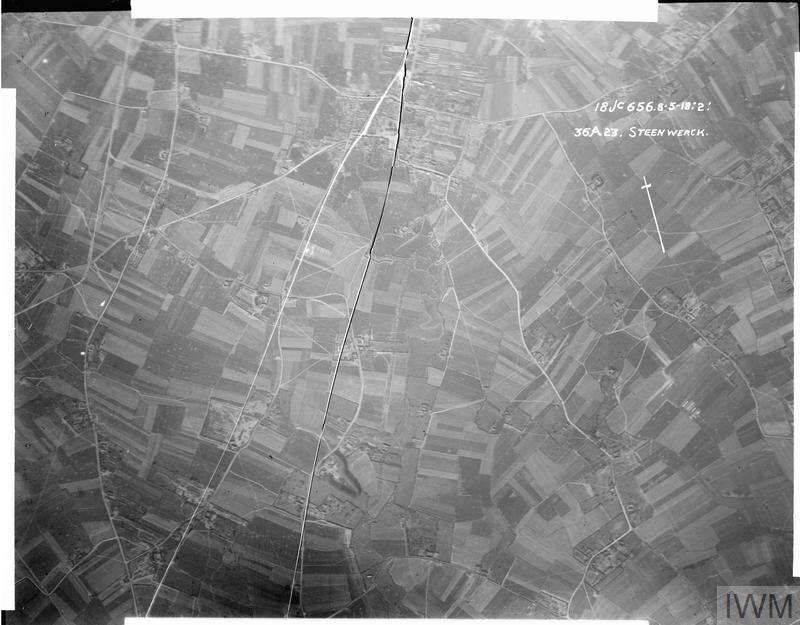 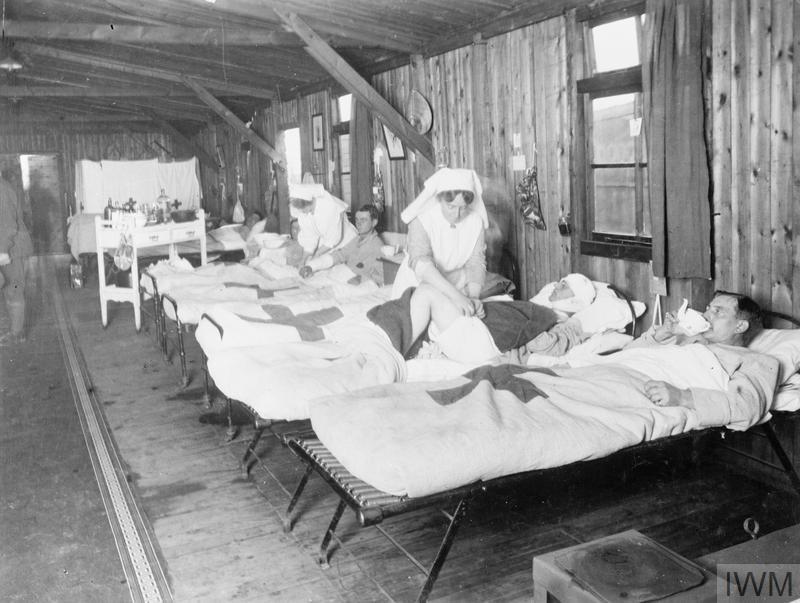