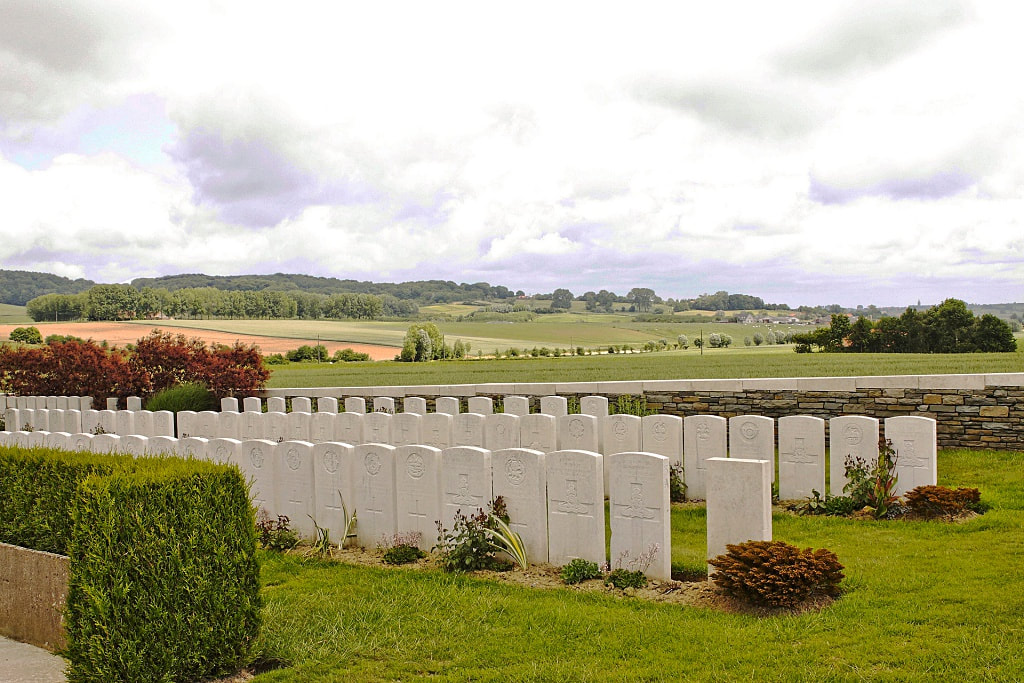 Locre Hospice Cemetery is located 10.5 Kms south-west of Ieper town centre on the Godtschalckstraat, a road leading from the Dikkebusseweg (N375).

From Ieper town centre the Dikkebusseweg is reached via Elverdingsestraat, straight over a roundabout onto J.Capronstraat (for 30 metres), then left along M.Fochlaan.

Wheelchair access with some difficulty due to the entrance being accessed via a narrow 20 metre grassed path and 4 steps within the cemetery itself.

Locre (now Loker) was in Allied hands during the greater part of the war, and field ambulances were stationed in the Convent of St. Antoine. The village changed hands several times between 25 and 30 April 1918, when it was recaptured by the French. The hospice, or convent, was the scene of severe fighting on 20 May, but was not retaken until first week in July.

The Hospice Cemetery was begun in June 1917 by field ambulances and fighting units, and was used until April 1918. After the Armistice four graves were transferred to it from the garden of the Hospice, which was ultimately rebuilt.

The cemetery now contains 244 Commonwealth burials and commemorations of the First World War. 12 of the burials are unidentified and ten graves destroyed by shellfire are now represented by special memorials. The 14 Second World War burials date from late May 1940 and the withdrawal of the British Expeditionary Force to Dunkirk ahead of the German advance. There are also two German burials in the cemetery.

A Celtic cross, marking the grave of Major W H K (Willie) Redmond, Member of Parliament for Wexford, stands 100 meters along a grass track on the northern side of the cemetery. Major Redmond was mortally wounded at the battle of Messines and was buried in the Convent garden of the Locre hospice and his widow erected this memorial to mark his grave. Until the late 1950's the grave was maintained by a Sister from the (new) Locre hospice. In the 1990's the land was purchased by the Belgian State and is now maintained by the Commonwealth War Graves Commission.
​
Total Burials: 260. 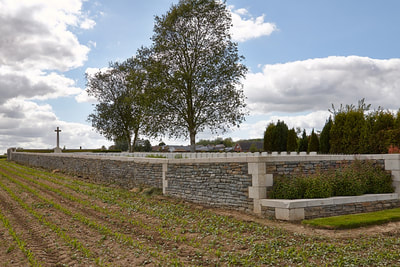 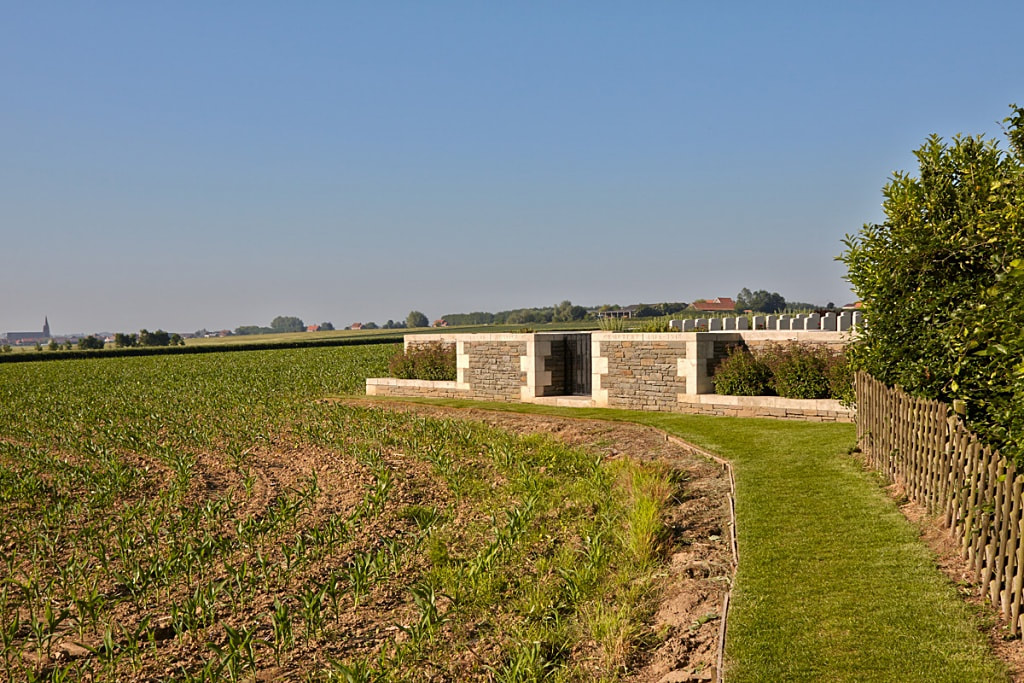 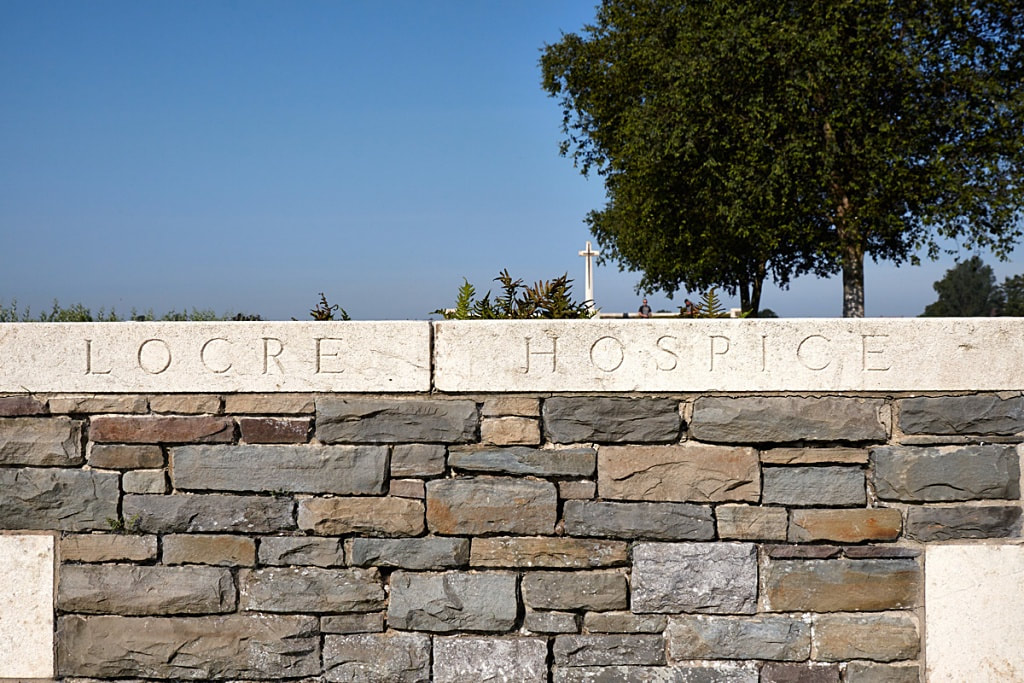 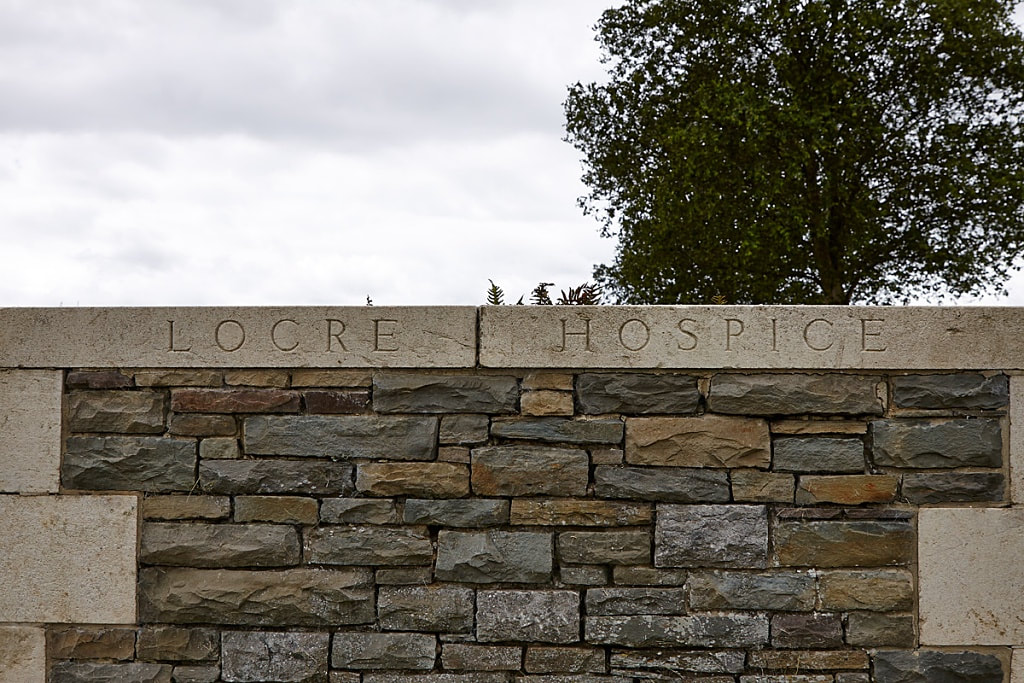 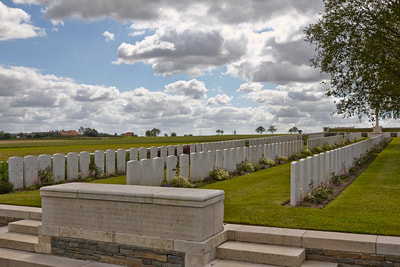 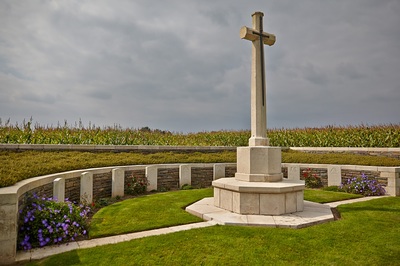 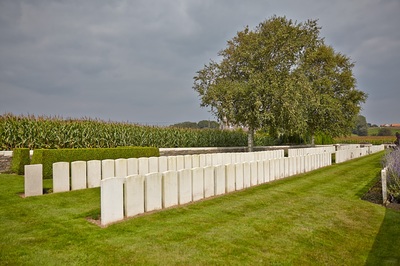 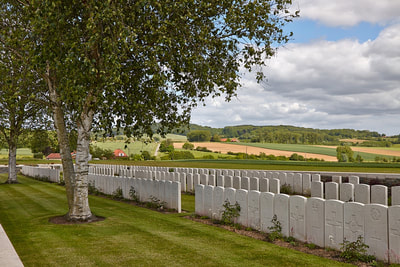 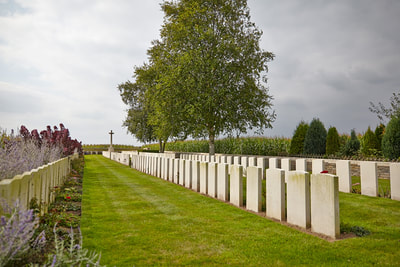 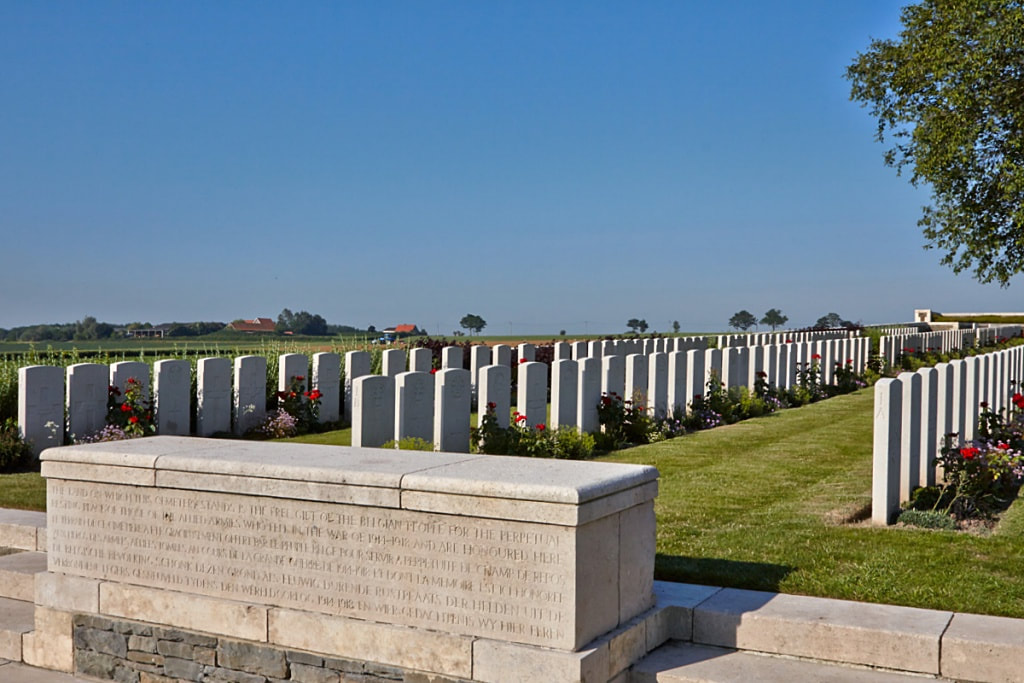 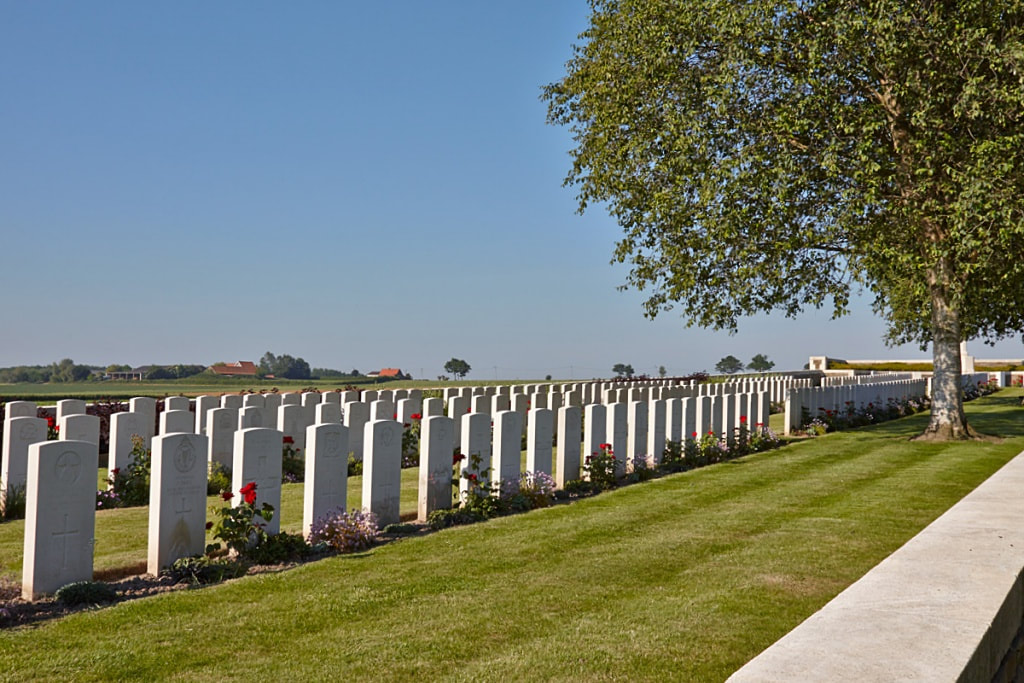 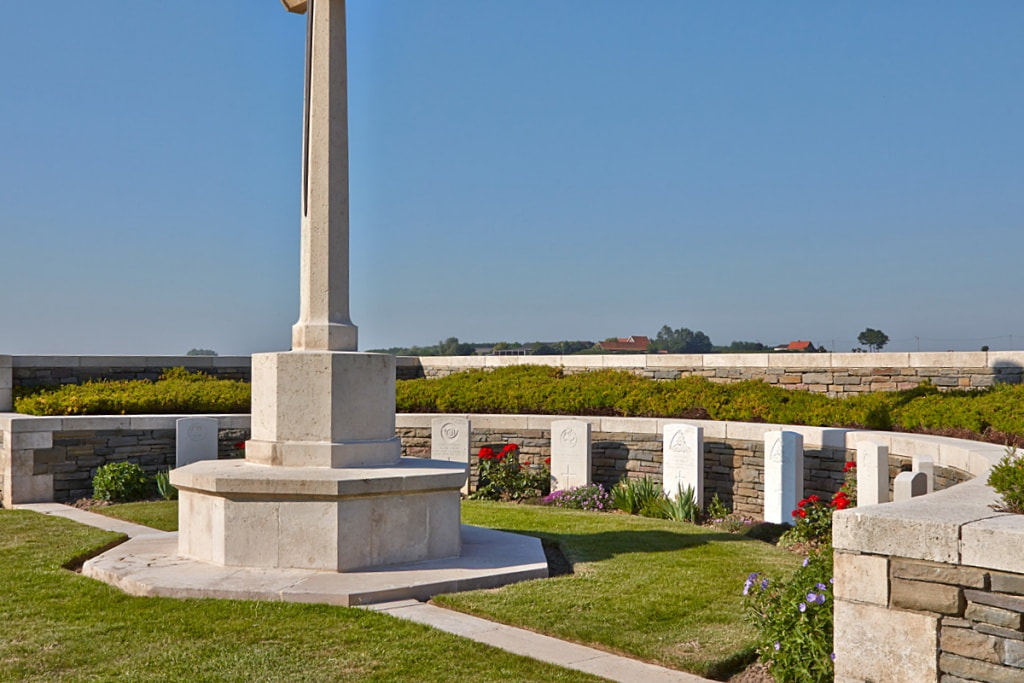 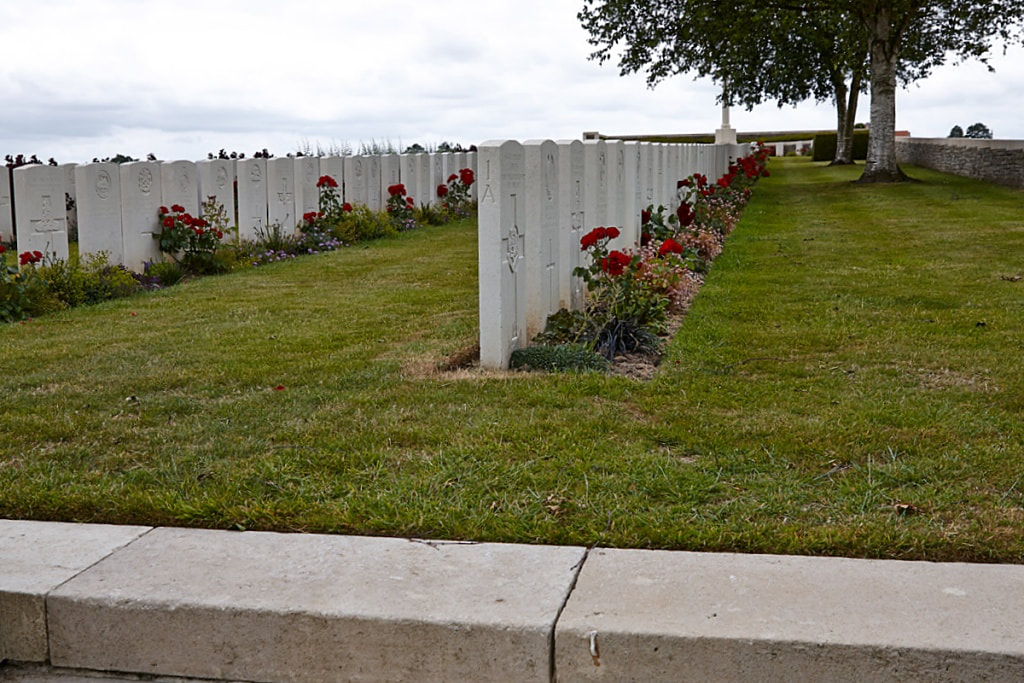 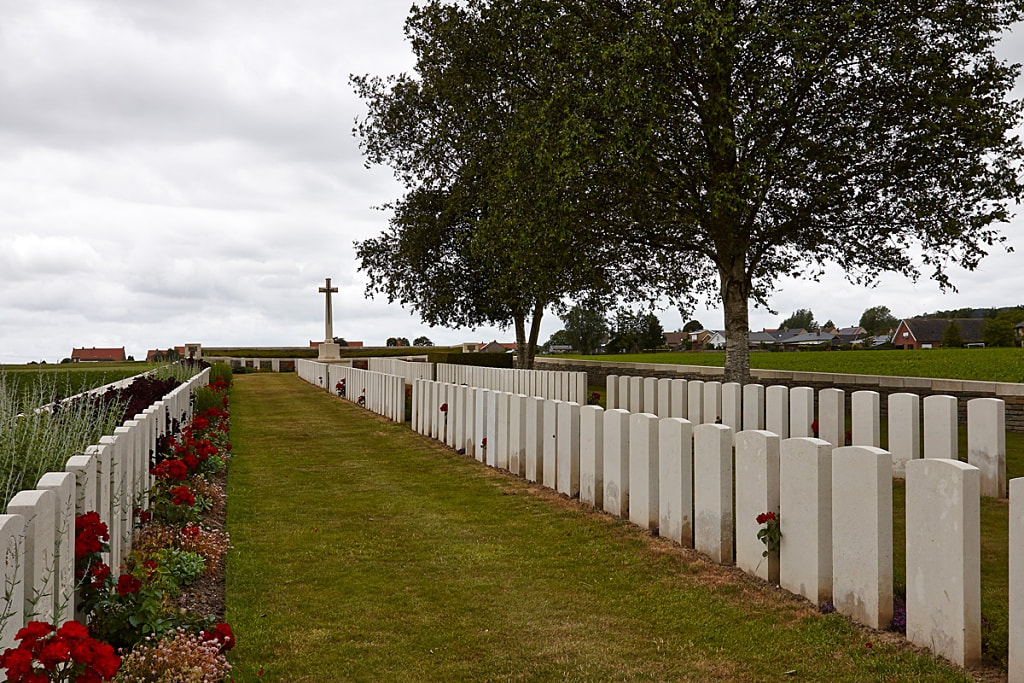 ​The memorial Celtic cross that now marks the grave of Major W. H. K.(Willie) Redmond, Member of Parliament for Wexford.

An image of the original grave of Major Redmond, in the Convent garden.

​24489 Private
Thomas Kellett
7th Bn. King's Own (Royal Lancaster Regiment)
23rd September 1917, aged 35.
Plot III. A. 2.
​
He died on 23rd September 1917 and is buried in Locre Hospice Cemetery in grave III. A. 2.  He lived in Poulton-le-Fylde in Lancashire - working as a brick setters labourer - where his name is remembered on the Cenotaph in the town centre. He had a wife named Mary Alice and 3 daughters Lilian, Alice (my Grand Mother) and Betty (Elizabeth I presume) all of whom have passed away now. I have just learned that going by his army number he joined the army in December 1915 as a volunteer and went to France in 1916 where he fought in several battles until he died in the 3rd Battle of Ypres (Passchendaele). It seems, after talking to the King's Own Royal Regiment Museum, that Thomas Kellett may have been severely wounded and transferred to Locre Hospice (which was being used as a hospital) where he died of his wounds, although this is not the story that was passed down through the family. 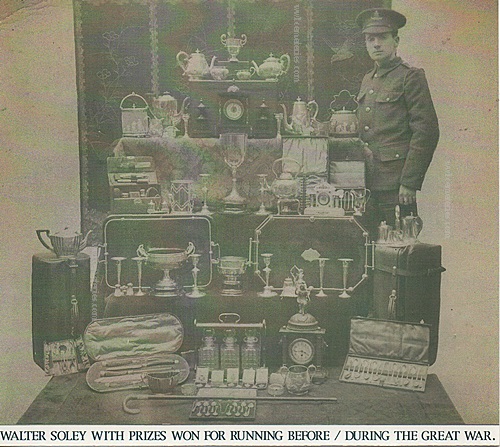 Walter was a great athlete who won many prizes. Walter was a partner in my grandfathers laundry business that started in 1906 at Richmond upon Thames. Grandad also served in WW1 in the Army Veterinary Corps. He left grandma to carry on running the business and looking after their 4 young children. 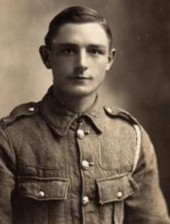 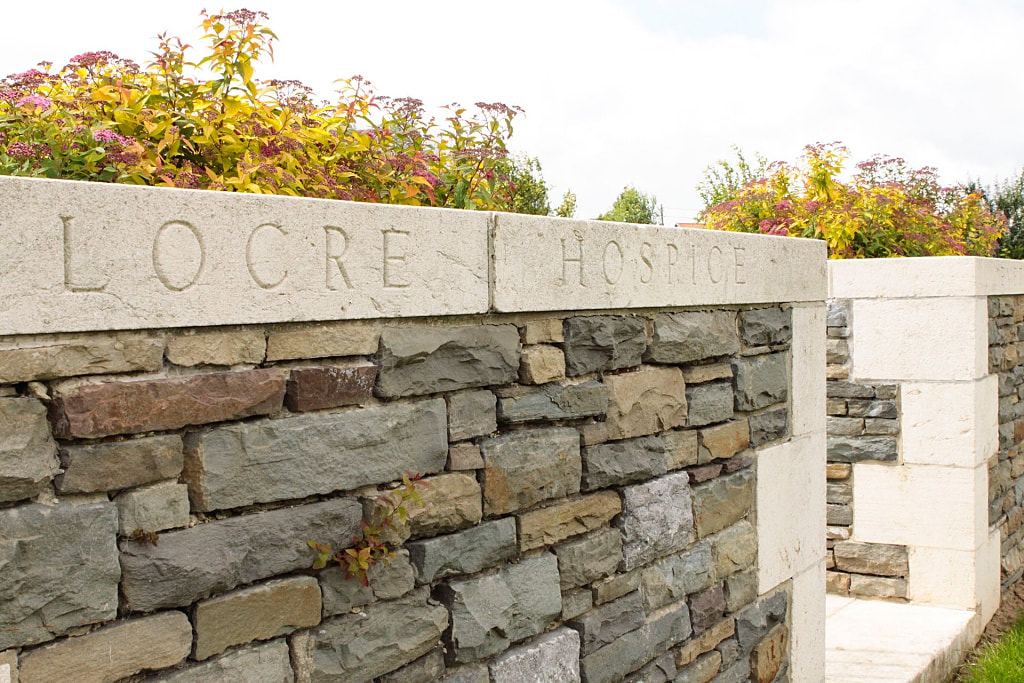 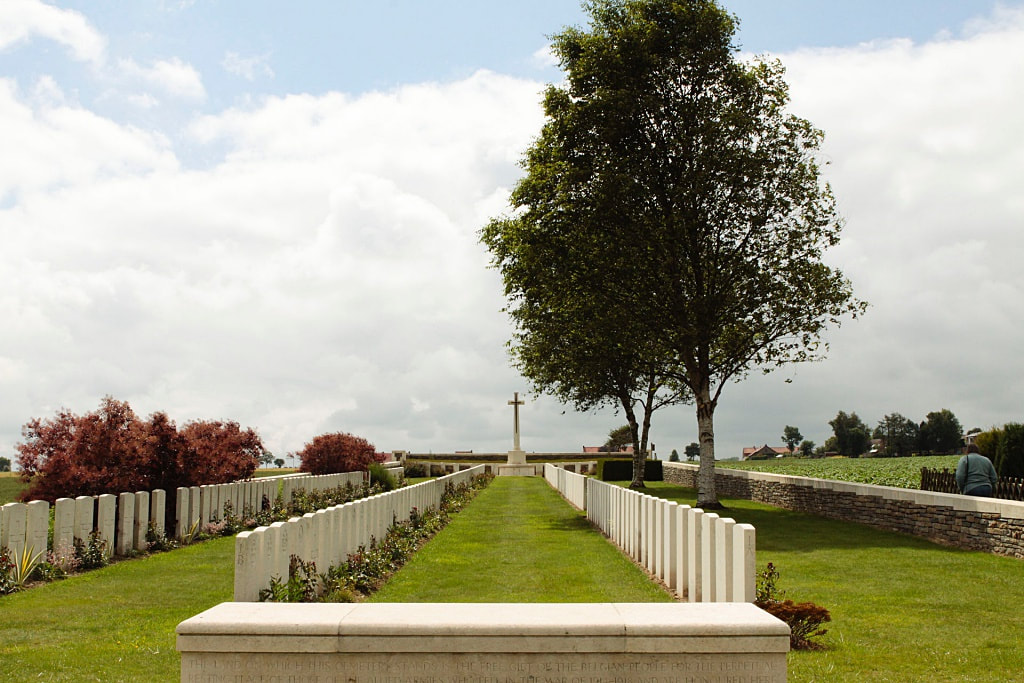 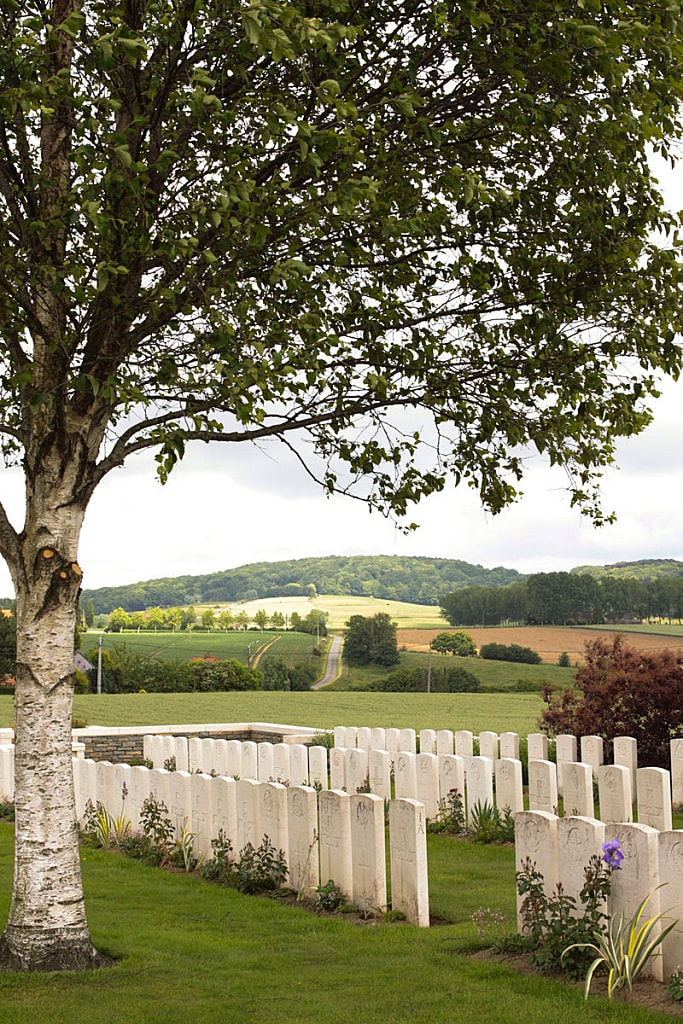 40435 Private, Denis Jetson Blakemore, 8th Bn. North Staffordshire Regiment executed for desertion 9th July 1917, aged 28. Son of George L. and Sophia Blakemore, of 3, St. George's St., Mountfields, Shrewsbury. Native of Bicton, Shrewsbury. Plot I. A. 22. Absence had already resulted in a suspended sentence of death, when he went absent again from the assembly trenches before the assault on Wytschaete.  Arrested in Boulogne 18 days later, masquerading as a member of the Army Service Corps.  (Putkowski, p 180)

15954 Private William Jones, 9th Bn. Royal Welsh Fusiliers, executed for desertion 25th October 1917, Plot I. C. 4.
Served as a stretcher-bearer in France since July 1915, but already subject to a suspended sentence of death for Desertion, when on 15 June 1917 he disappeared whilst taking a wounded man to a dressing station.  When he surrendered on 4 Sept to the assistant provost-marshal at Bristol, he falsely claimed to have been wounded & evacuated to England.  Executed on Kemmel Hill on 25 Oct.  (Putkowski, pp 210-211)​ 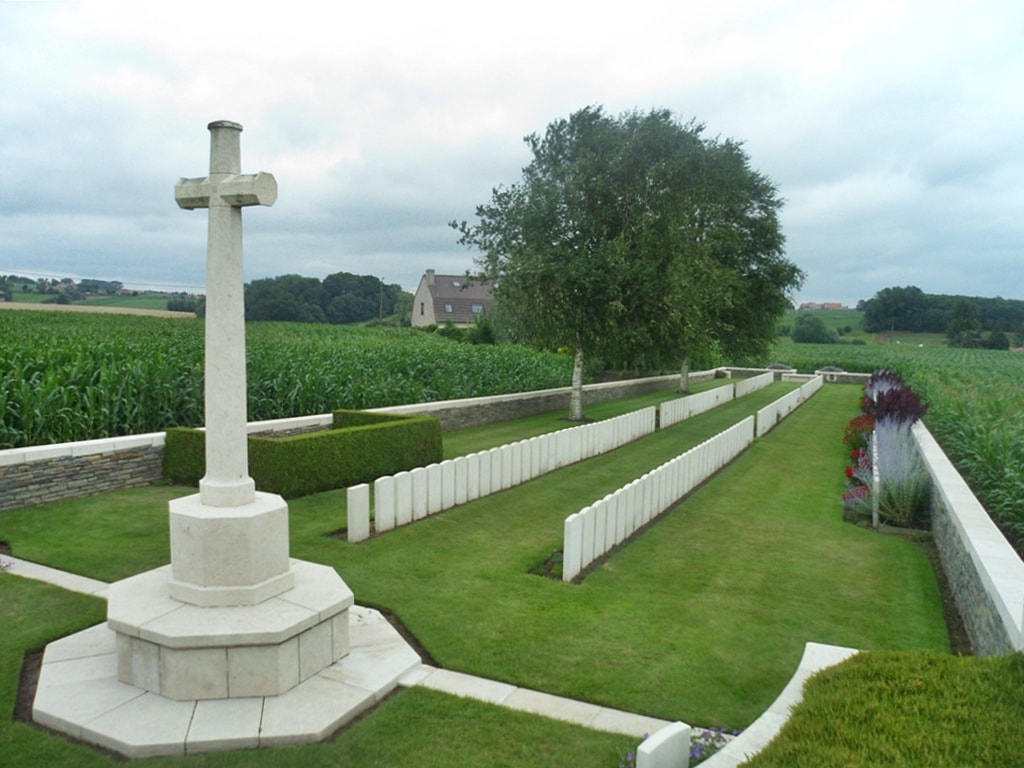 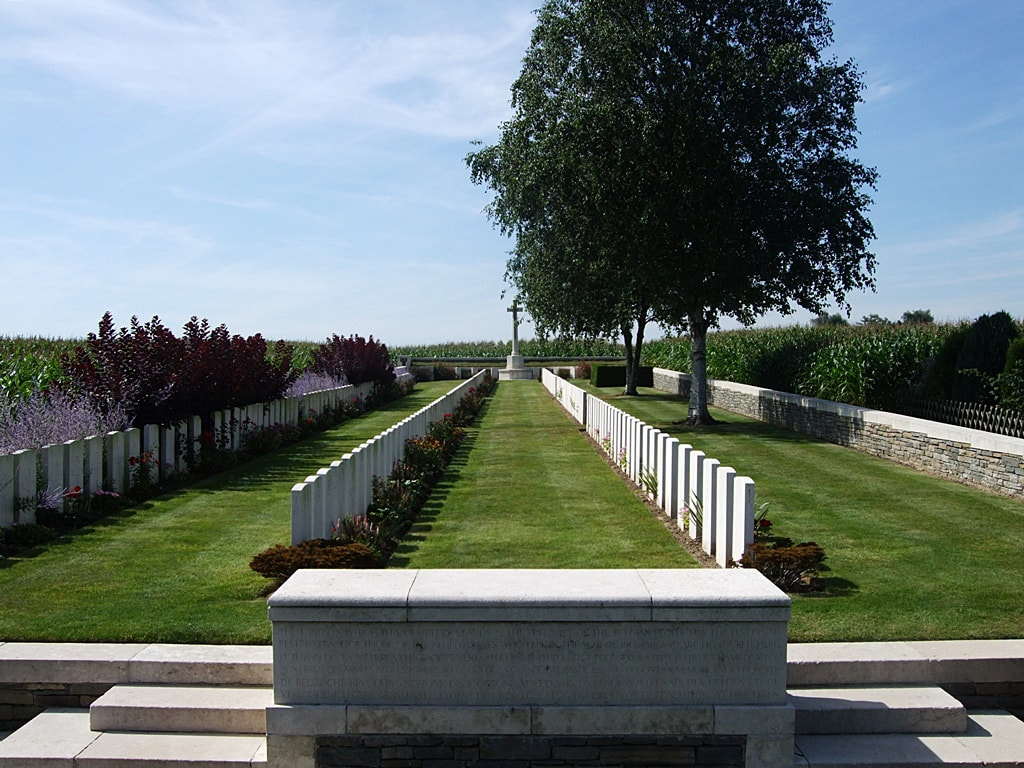 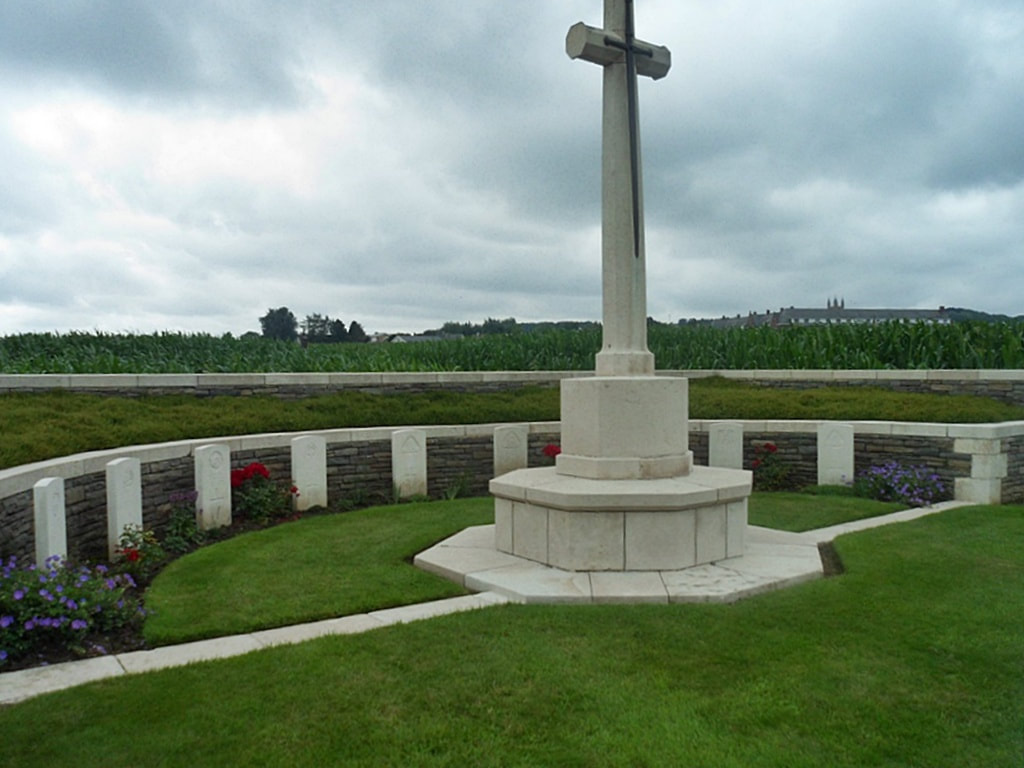 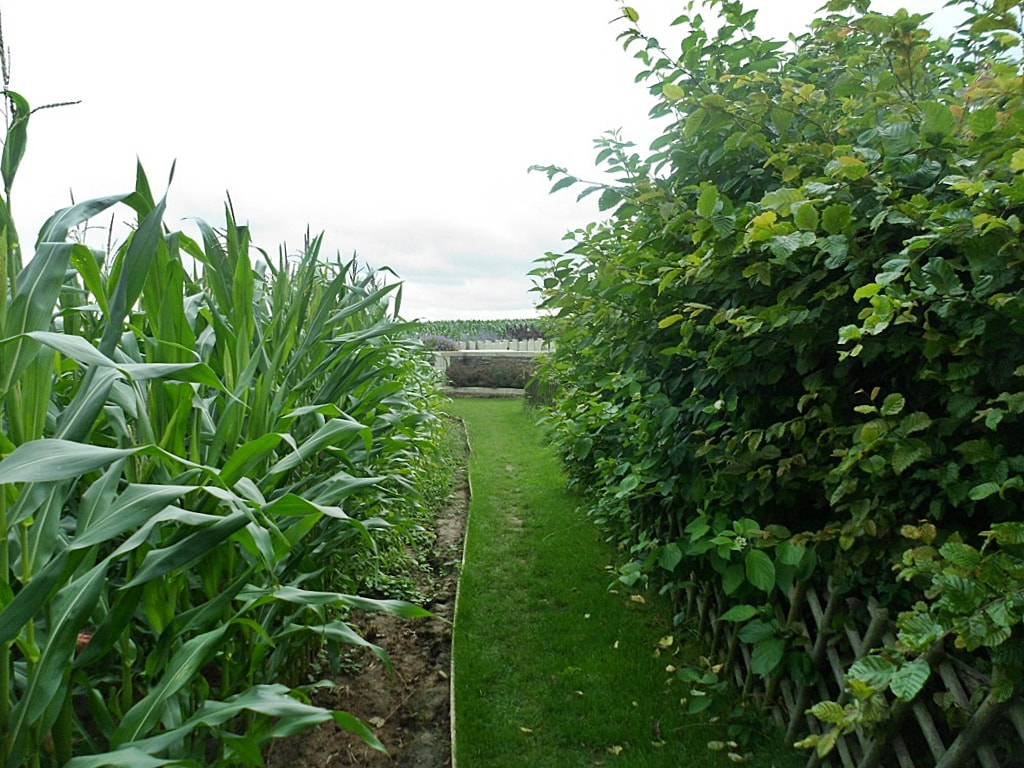 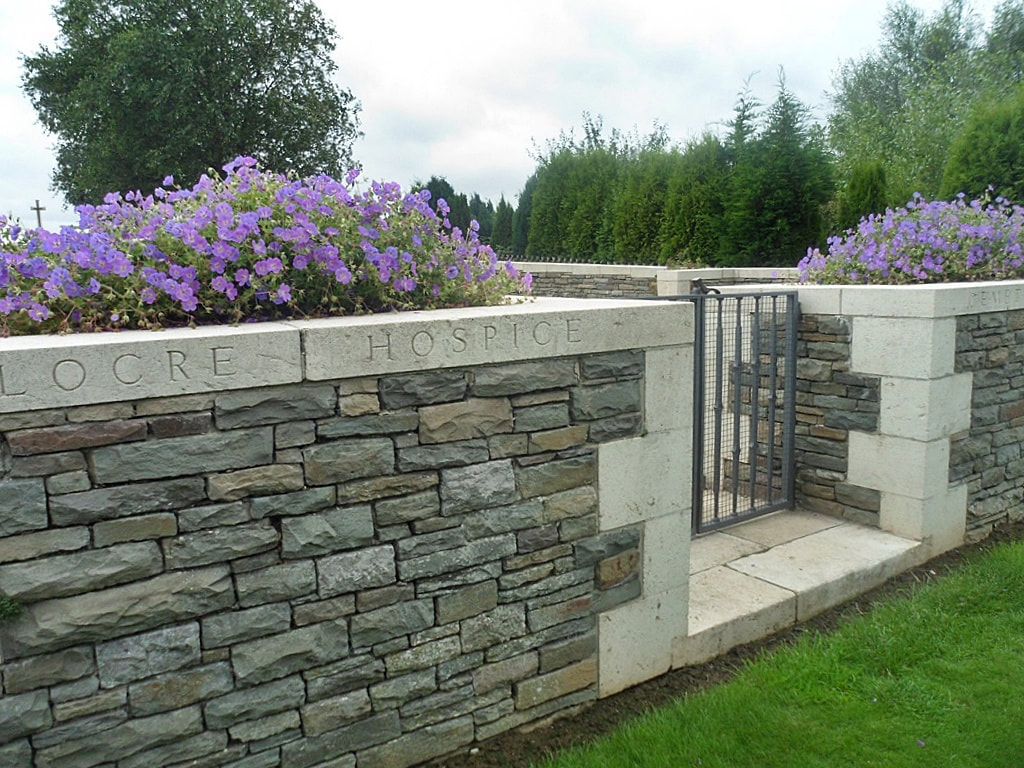 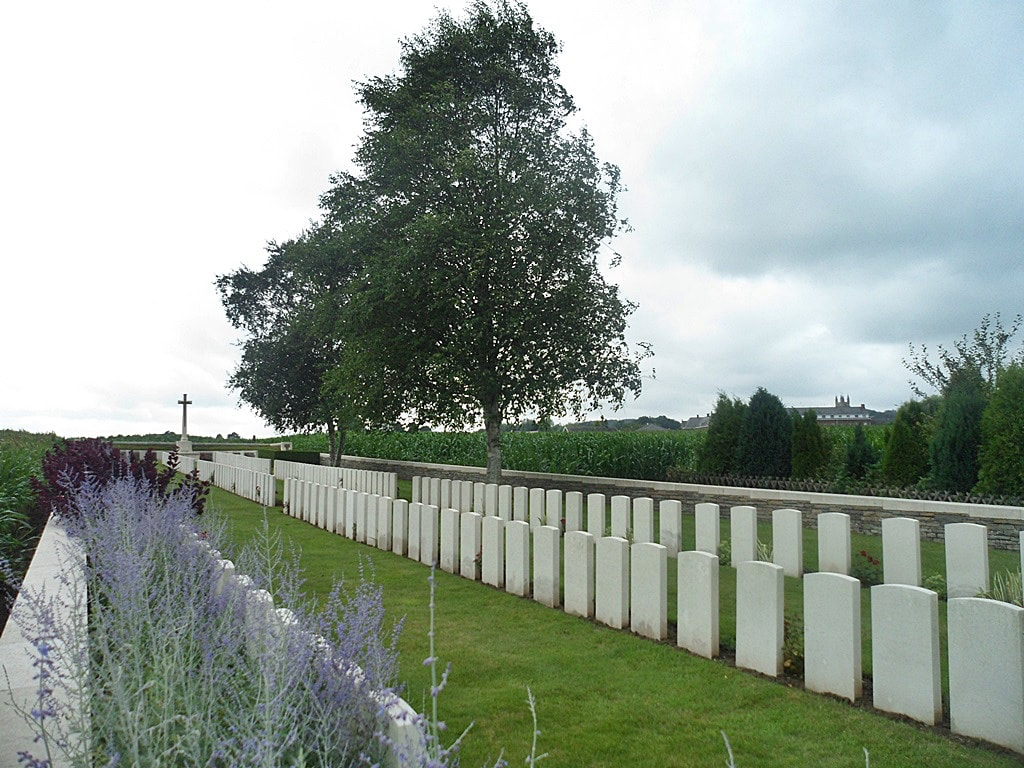