Loker (formerly Locre) is located 10.5 Kms south-west of Ieper town centre. From Ieper town centre head west on Elverdingsestraat, go straight over a roundabout onto J.Capronstraat (for 30 metres), then take the first left on to M.Fochlaan. Immediately after the train station, take the first right hand turning on to Dikkebusseweg (the N375). Follow this road to the village of Loker, then take the first left hand turning which leads onto the Kemmelbergweg. There follows an immediate right hand turning onto Godtschalckstraat. Locre Hospice Cemetery is located 900 metres along the Godtschalckstraat on the right hand side of this road. A small 20 metre grassed access path leads to this site and just beyond this cemetery is the isolated grave of Major Redmond.

Images in this gallery Geerhard Joos 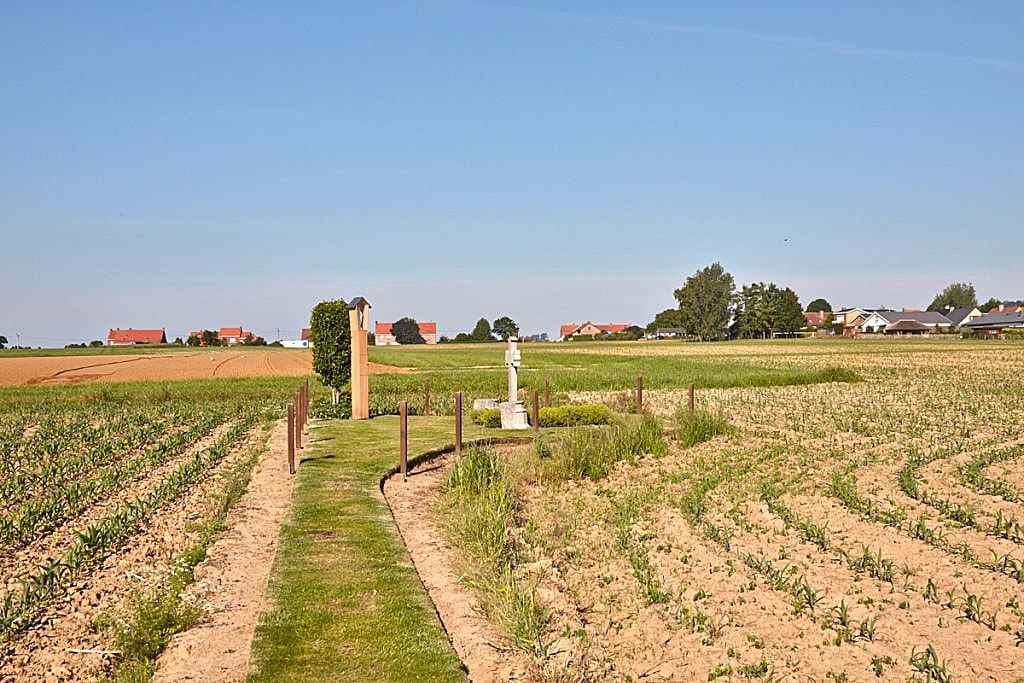 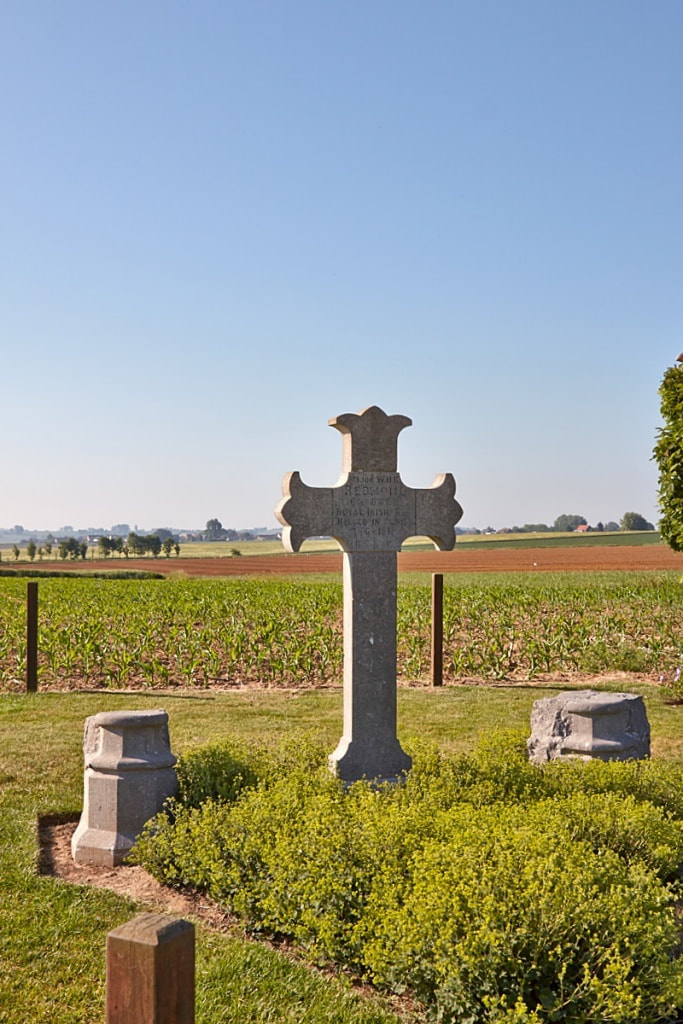 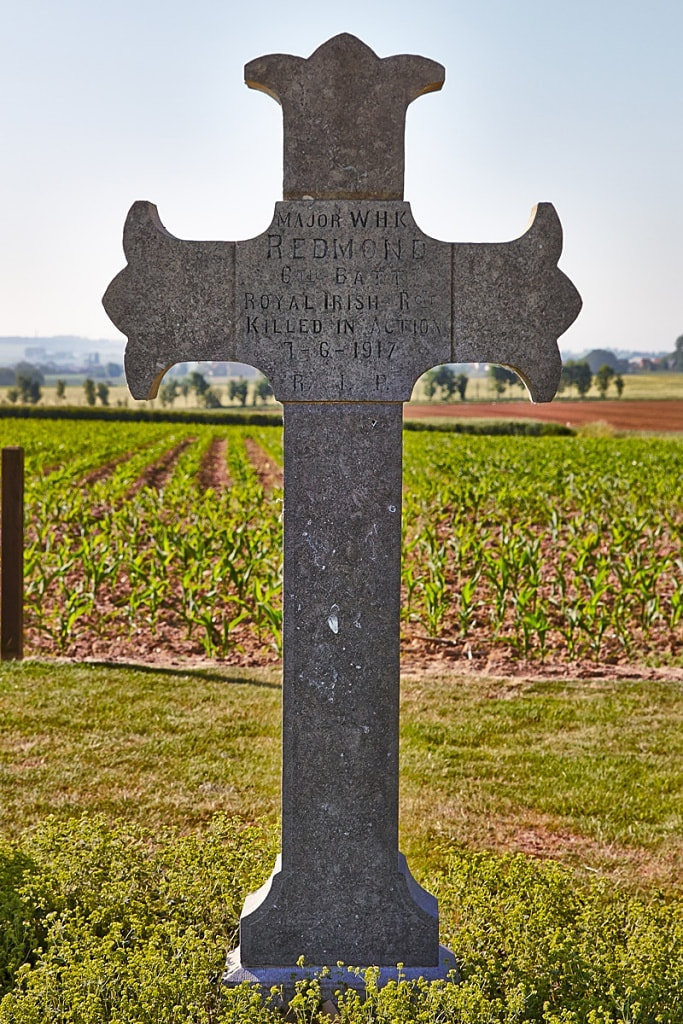 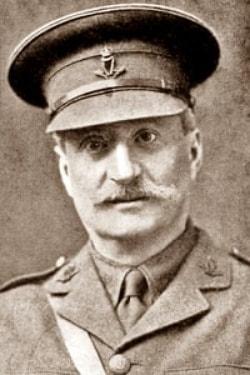 Husband of Eleanor Redmond. Nationalist Member of Parliament for Wexford since 1884. Awarded the Legion of Honour (France).

Wounded in the wrist and leg in battle at Wytschaete he was carried out of No Man's Land by a party of the 36th (Ulster) Division along with another man, John Meeke, a private in the 11th Bn. Royal Inniskilling Fusiliers. Private Meeke had attempted to rescue Major Redmond and tend to his wounds after seeing him fall and was himself badly wounded in the attempt, he refused to leave the major's side despite both of them being badly wounded and the Major ordering him to leave him. They were taken to the Casualty Clearing Station which was located at the convent in Locre where Major Redmond died of wounds. Private John Meek was awarded the Military Medal for his bravery in attempting to rescue Willie Redmond. He survived the war but died of tuberculosis in 1923.

After the war, the British authorities contacted Eleanor, the wife of Major Redmond to ask if his remains could be re-interred in the adjacent cemetery (Locre Hospice). Mrs Redmond requested that his grave be left where it was in the care of the nuns as she had been impressed by the way that they had maintained her husband's grave on her visit in 1919. 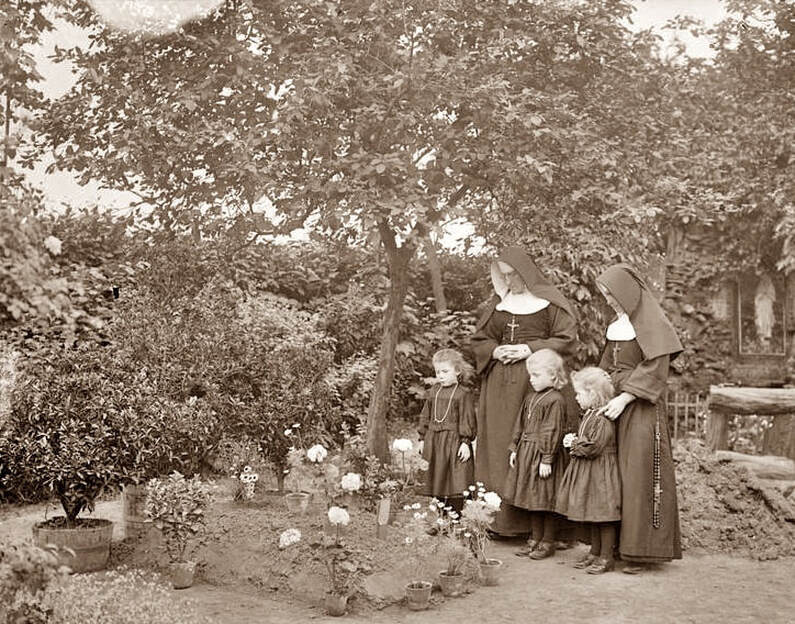 An image of the original grave of Major Redmond, in the Convent garden. 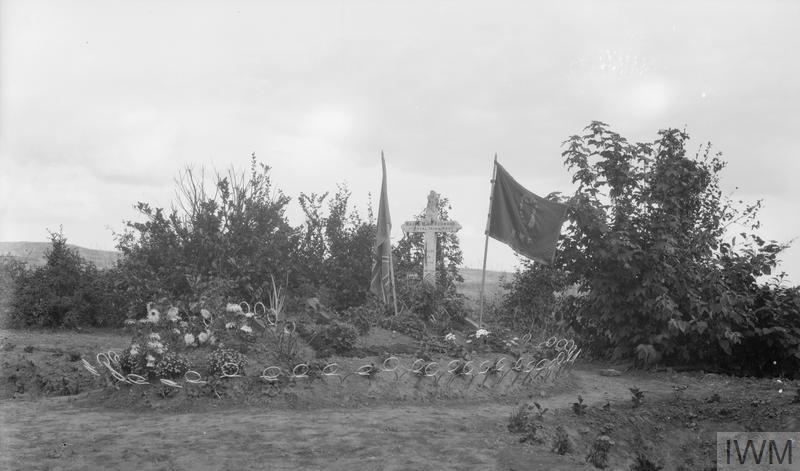 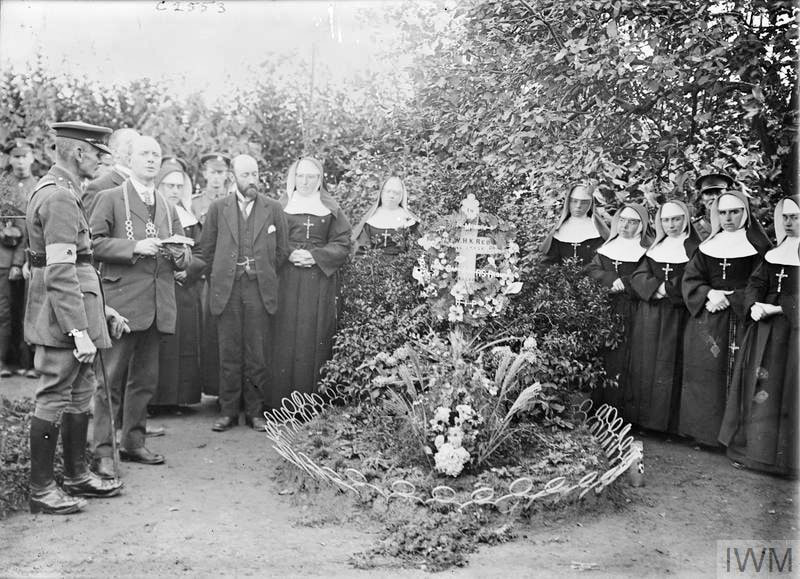 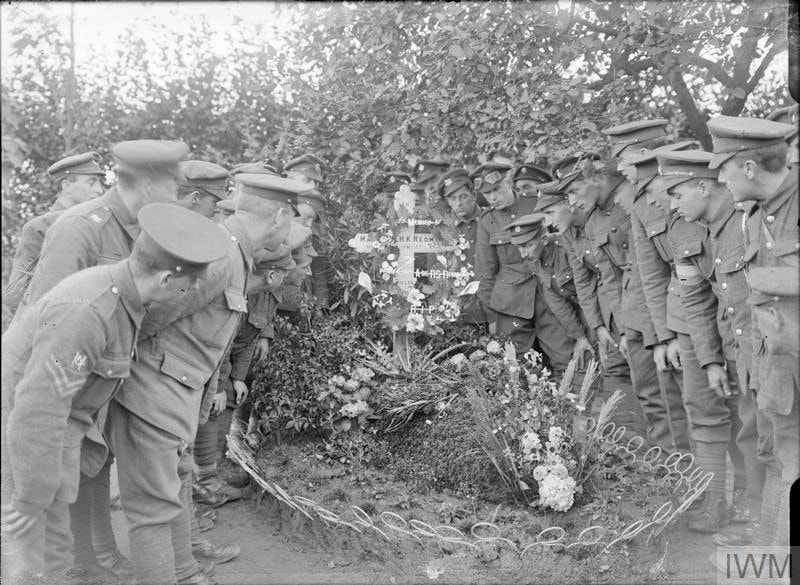 Visit of a deputation from Ireland to the grave of Major William Redmond, 6th Battalion, Royal Irish Regiment, at Locre (Loker), 21st September 1917. Both Northern and Southern Irish troops were present. © IWM Q 3043