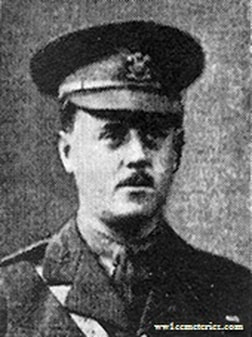 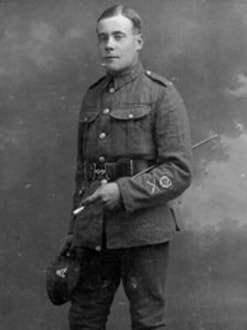 He was the youngest of 4 children. His elder brother (my grandfather) joined up, and as I believe many did, Tom lied about his age to join up too. I don't know if it was a regular thing to do, in order that families had "some" hope, but I still have a letter sent to my great grand parents stating that Tom had be taken prisoner and not killed in action. I was fortunate to talk to an old "pal" of Tom, who swore that he saw Tom boarding a train as a POW. Even though he is remembered at Loos, there hasn't really been any "closure", despite several letters by one of his sisters to and from various organisations such as the Red Cross. And his mother and 2 sisters always believed he wasn't dead and would at some stage come home. 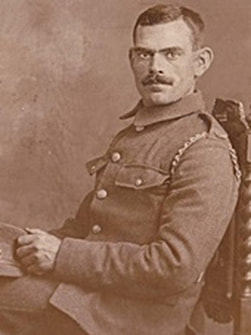 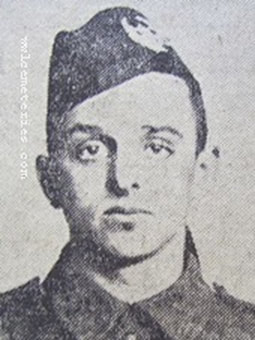 Son of James and Emma Kay, of 30, Tennis St., Burnley. His brother Ernest J. also fell and is commemorated on the Thiepval Memorial


Burnley "Scottie" Killed in Big Advance
In our issue of October 23rd we announced that Miss Mary E. Wilkinson, of 27 Abbey Street, Burnley had received a letter from Private J Hanley, of the 2nd Munster Fusiliers, intimating that he had found four photographs on the battlefield after the advance on Loos, and as they bore Miss Wilkinson's address he forwarded them, and sympathized with her in the misfortune that had befallen her. This letter was as follows;

"I wish to let you know that I found these photos on the battlefield after the battle of Loos. You can let me know if you receive them and you are the proper owner. I feel very much for you as I write this, for I know when you get them you will be fretting. When I found these photos, I saw that the boy was buried by the stretcher bearers of the Munster Fusiliers. So don’t fret, he is all right, and I hope he is better off. I felt very sorry when I saw the photos. He was a grand looking man. I hope you have heard this news before, for I would not like to have to send the first news to you. I have a lot more photos which I found on some of my comrades. I am sending them to a paper for publication. Let me know if you are a sister or sweetheart. I hope you will get them all right. Good-bye from a friend."

The photographs belonged to Private Hubert Kay, of "C" Company of the 10th Scottish Rifles, whose home was at 30, Tennis Street, and who was the fiancée of Miss Wilkinson. The young lady at the time accepted the letter as authentic news that Private Kay had been killed in the big fight, but the soldier's parents refused to recognize it, believing that a mistake had arisen and that the photos might have been lost by their son. The photographs were unsoiled, and as the advance was made in bad weather they must have been found on the dead soldier. The parents wrote to Private Hanley, who replied he was unable to identify the photographs with the soldier whom they were found, as it was early morning when they buried him. Three of the photographs, it may be explained, were of Private Kay, and the other of Miss Wilkinson. 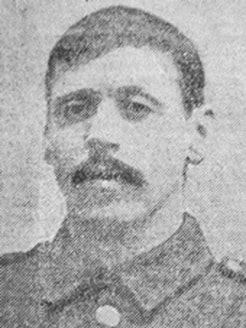 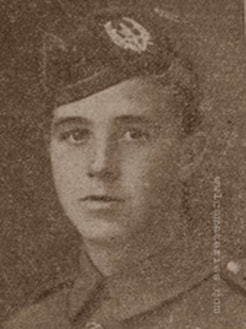 Prior to enlisting, Fred worked as a weaver at Walshaw Mill 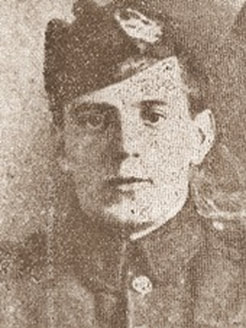 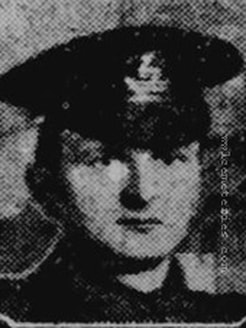 Son of the late Ernest Edwin Lawrence, of Sparkbrook, Birmingham. 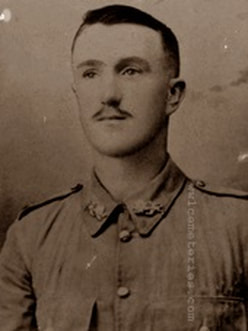 Robert had previously served in the army for 8 years, four of them in India before he was invalided out. It is possible that he enlisted under the pseudonym - Robert Richards, in the belief he may have been rejected as unfit under his real name. Prior to re-enlisting at the outbreak of the war he was working as a weaver at the Spring Gardens Shed. 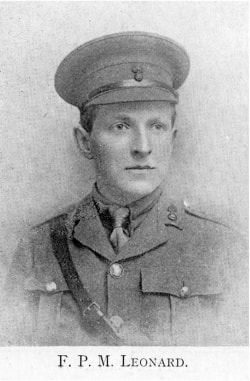 The information below supplied by 'The Ellesmerian Club', the alumni organisation for Ellesmere College where Francis was a pupil.
Francis Patrick Mapletoft Leonard was one of three sons and six daughters of Francis and Jessie Leonard of Belfast. His father was the Principal Clerk for H. M. Customs but he died in 1902. Francis Junior was born on 30th June 1889 and the 1901 Irish Census records that by the age of 11 he was well educated being able to ‘read & write’ - he attended the Royal Belfast Academic Institution (The ‘Inst’).

His education continued at Ellesmere College when he arrived to take up residence in the ‘Harold’ dormitory in January 1904. He was only to spend some ten months in Shropshire before returning back home.

There are very few references to him in the college records but it is known that he was in Form Upper IV and that he sat his Preliminary Oxford Local Examinations. Unfortunately, one record in existence is the shooting results in the Officer Training Corps in November 1904. He scored a total of 68 – sadly this fell into the category of ‘very bad. ’

On his return to Belfast, Francis enrolled at Campbell College and was apprenticed as a civil engineer at the Fairbairn Lawson Combe & Barbour’s Foundry in Belfast which specialised in the manufacture of textile industry equipment. In June 1910, he entered Queen’s University.

He enlisted in the University and Public Schools Battalion, the Royal Fusiliers. He was commissioned as a 2ndLieutenant on 19th September 1914 and promoted Lieutenant on 30th April 1915. He served in France from February 1916 and died of gas poisoning near Hulluch in the early hours of 29th April 1916, when his battalion, the 8th (Service) Battalion, the Royal Inniskilling Fusiliers, which was holding part of the front line, was subjected to a severe gas attack. The enemy released gas from two pipes laid out halfway across No-Man’s Land. The battalion war diary records the attack: “the first of a greenish colour, the second of a yellowish creamy colour. The Germans made no attempt to attack on our front”.

His Company Commander wrote:” His manner of death was cheerful, and I can say truly heroic” and his Colonel added: “I was very fond of him. We all were….he was truly a good officer in every sense of the word. I could see the steadying, restraining, illuminating evidences of his faith acting within him, and indeed, shining in his face.”

Francis was just twenty six years old when he died. He was awarded the Victory Medal and the British War Medal.

He was originally buried south of Lone Tree, Loos but his body was lost in the turmoil of the conflict. His life is commemorated on the Loos Memorial, Pas de Calais, France (Panel 60) and on memorials at Queens University, Campbell College, Belfast and at Ellesmere College.