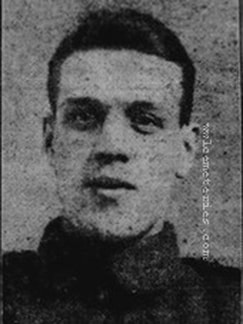 The information below supplied by 'The Ellesmerian Club', the alumni organisation for Ellesmere College where Geoffrey was a pupil.

Geoffrey Ranson was born on 20th January 1897, the son of Lieutenant Joseph Barlow Ranson of the Merchant Navy and his wife, Caroline. On 14th April 1912 Joseph was Captain of the White Star Line RMS Baltic and it was he who radioed to warn RMS Titanic that icebergs had been sighted in the vicinity. RMS Baltic was one of the ships that assisted in the rescue operation. He later gave evidence at the enquiry into the loss of Titanic.

The family came from Windsor, Wavertree and, being aged just nine years and six months, Geoffrey was placed in the Junior Dormitory, known as ‘Little King Edward’ when he was admitted to Ellesmere College on 1st September 1906. He was following in the footsteps of his elder brother, Harold, who had entered the college two years earlier. Geoffrey was reasonably successful scholastically. He won the English and Divinity prizes in his first year, the Form Prize in 1912 and the Divinity prize in his final year.

He represented the college at centre half in the Under 14 Football team that were unbeaten in their three games that season, scoring twenty five goals and conceding only six. He was selected to play in the college’s 2nd XI cricket team and ran well in the athletics competitions, although he did not win an event.

The 9th Battalion, the King’s Liverpool Regiment, a local Territorial Regiment, was mobilised on the first day of the war and many local men were quick to abandon their normal routine for the thrill of battle.  Among them was Geoffrey who enlisted on 29th September 1914. He was only seventeen years old but was accepted into the ranks despite the minimum age requirement at the time was that you had to be at least eighteen years old. To serve overseas, a minimum age of nineteen was required. Both these age limits were lowered as the war progressed.

The first task of the regiment was to go north to the Firth of Forth to protect against invasion. They trained extensively and continued to do so when they moved south to Tonbridge Wells. They crossed to France for active service on the Western Front on 12th March 1915. Geoffrey had, by that time, been promoted Lance-Corporal.

Early in May of that year the battalion fought in the Battle of Aubers Ridge. The real test was to come on 25th September when, together with the 9th Battalion, the London Scottish, they were part of the opening offensive of the Battle of Loos.

Three days later, when they were withdrawn from the attack, they had lost eleven officers and two hundred and twenty-three other ranks. Geoffrey had fallen on the first day of the assault, one of 10,292 Allied servicemen who died on that day, the worst day of the war, so far, in terms of casualties. Geoffrey’s body was never recovered

Geoffrey’s life is commemorated on the Loos Memorial and on the memorials at Ellesmere College and St. Barnabas Church, Penny Lane, Liverpool. He was awarded the 1914-15 Star, the British War and Victory Medals.

Geoffrey’s father served throughout the war as a Captain for the White Star Line on both RMS Baltic and RMS Adriatic – for his wartime service he was awarded the O.B.E., the British War and Mercantile Marine Medals. Geoffrey’s younger brother, Stanley, was lost at sea on 2nd July 1940 whilst serving on the SS Andorra Star and is commemorated on the Tower Hill Memorial in London 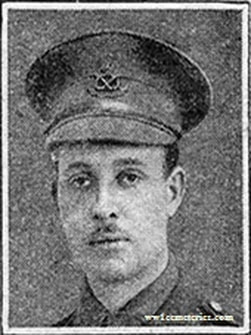 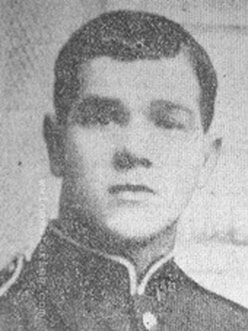 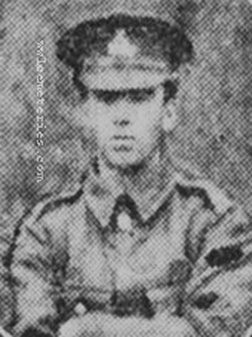 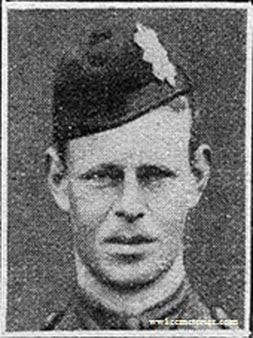 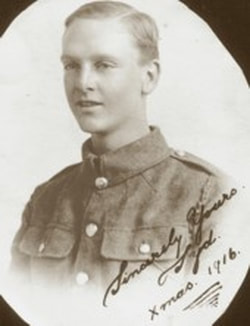 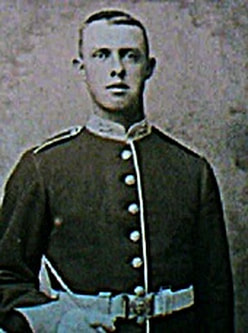 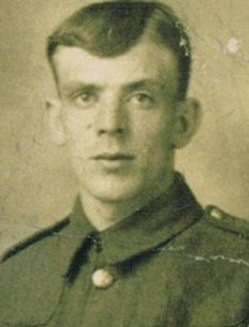 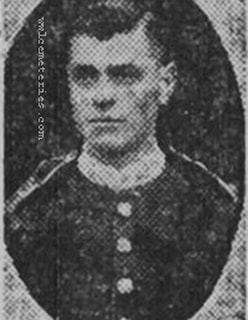 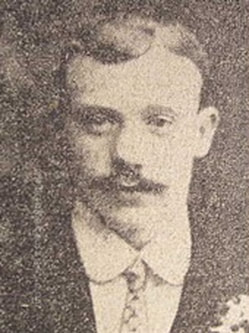 Lived at 35 Aigburth Street, Burnley, left a widow and 5 children. 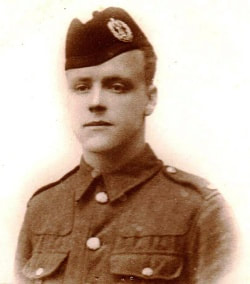 Son of the late John and Mary Hannah Smith.

At the going down of the sun , and in the morning, we will remember them. Lest we forget .. Your family in Scotland and Canada. 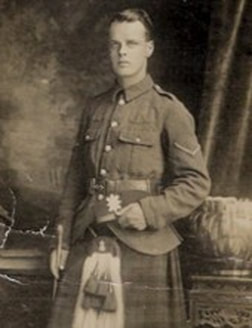 Picture courtesy of Marjorie Snedden, this soldier is her husbands great uncle. 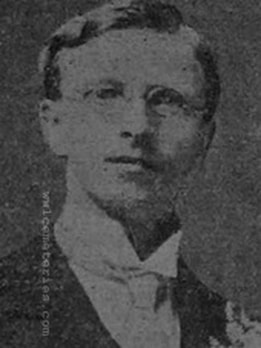 
Prior to enlisting, Peter Stanworth was the Headmaster at St. Stephen's Day School, Burnley. He had been connected to the school for most of his life, he attended the school's infant classes as a child and spent a number of years at the Higher Grade section of the school. He began his studies to become a teacher and as an un-certificated teacher he taught for two years as a Science instructor at Coal Clough School. From 1909-1911 he attended Chester College, where he received his Board of Education certificate and was appointed to a position in Liscard, Cheshire. Peter was in Cheshire for just 5 weeks before he secured a position at St. Stephen's back in Burnley. During the taking of his preliminary education certificate he received distinctions in English language and literature and also in science. In the final certificate examinations he obtained a distinction in the theory of music and singing. He also held special certificates for drawing and science. In July 1915, he succeeded his old teacher, the late John W. Kneeshaw as headmaster at the school.

His wife received the following letter from Corporal Stanworth's Captain;

"I much regret to tell you that your husband, 202579, Corpl. Stanworth was killed in action on August 24th. We had an attack on a crater position opposite our lines at ------- on that day.
All our objectives were taken and Corpl. Stanworth went out on patrol with four men to look for a German trench mortar, a shell burst among the party, and they were all killed. He must have died instantaneously . We buried him next day out there. Unfortunately we were unable to bring him in. I offer you my very sincere sympathies. Corpl. Stanworth was a very fine chap, and, as I expect you know was due to go home for a commission very soon. We can only offer you the consolation of knowing that he died doing his duty for his country. Corpl. Stanworth acted as my company clerk for some time. I knew him as a very fine chap indeed. Everybody who knew him greatly sympathises with you." 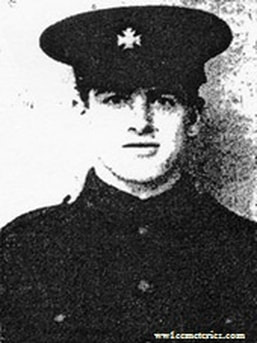 Remembered by his nephew Richard Shuker