Moeuvres is a village about 10 kilometres west of Cambrai and 2 kilometres north of the main Cambrai to Bapaume (N30). Moeuvres British Cemetery is signposted off the N30 and can be found on the right hand side of the road (D34A) towards Moeuvres. It lies in open fields at the end of a grass access path about 150 metres long.

Moeuvres remained in German hands during the Battle of Cambrai, 1917, in spite of three days of desperate attack by the 36th (Ulster) Division. It was partly taken by the 57th (West Lancashire) Division on 11 September 1918 and cleared by the 52nd (Lowland) Division on the 19th.

Moeuvres British Cemetery contains 107 Commonwealth burials of the First World War. 13 of the burials are unidentified and special memorials are erected to four casualties known or believed to be buried among them. The cemetery also contains four German graves. 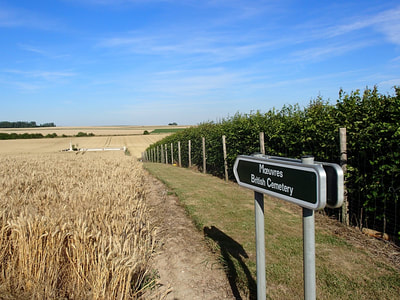 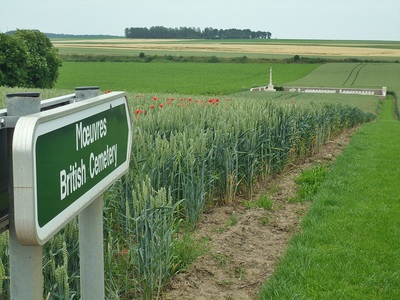 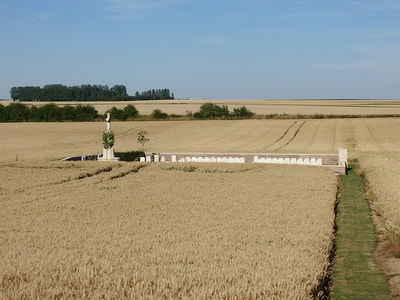 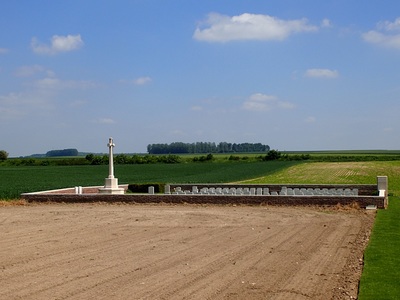 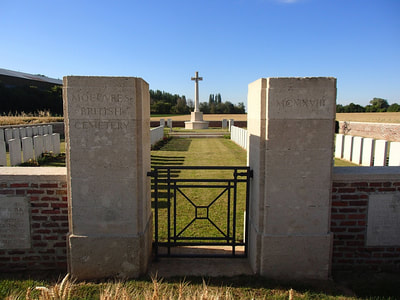 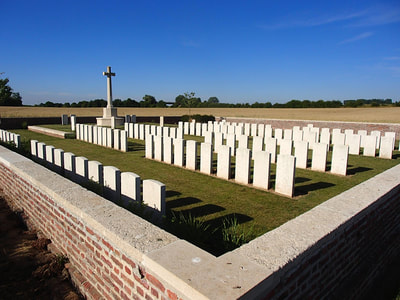 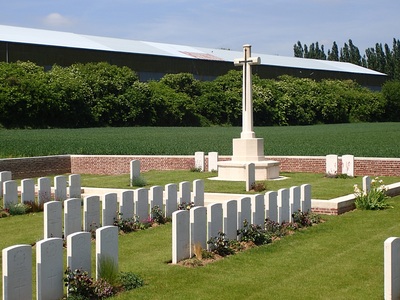 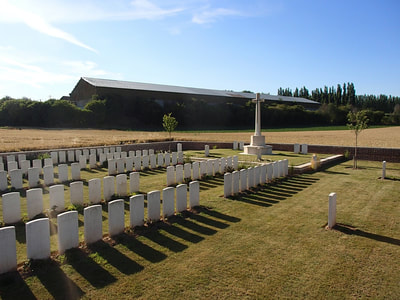 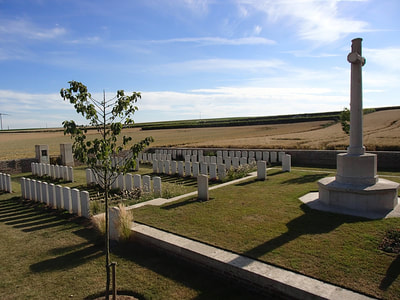 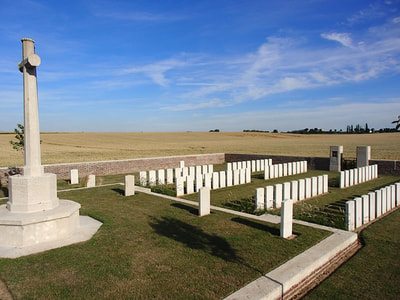 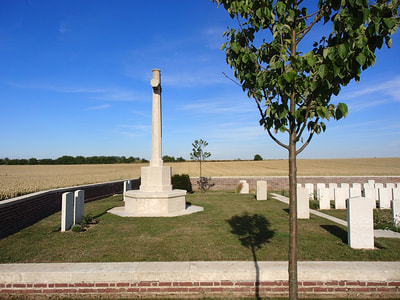 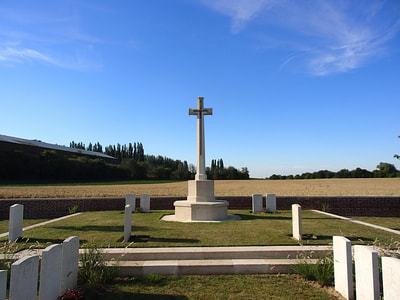 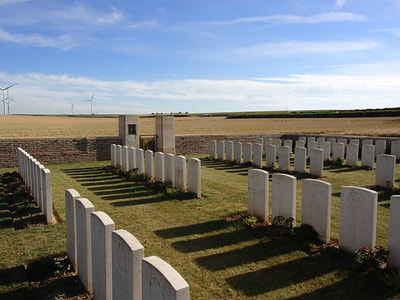 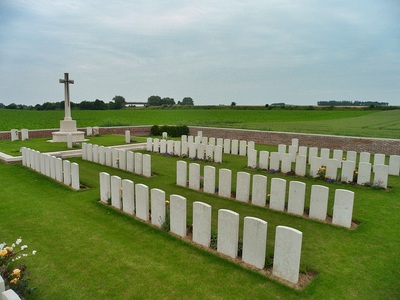 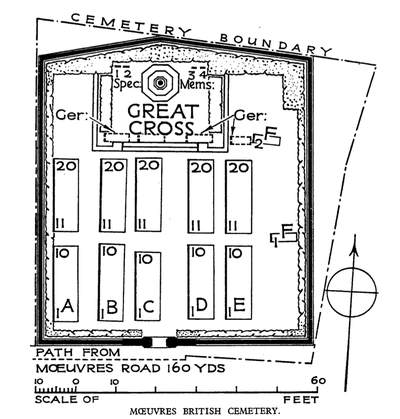 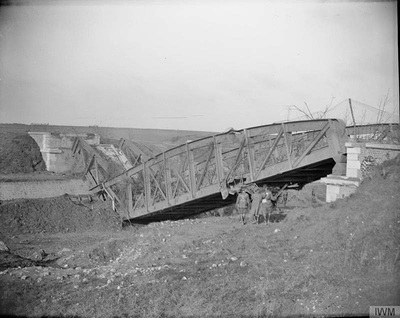 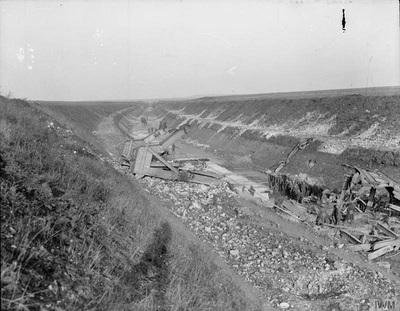 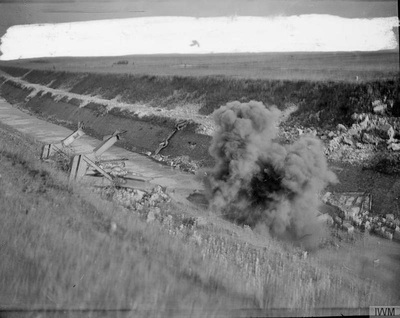 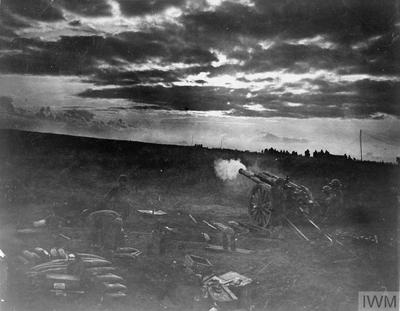 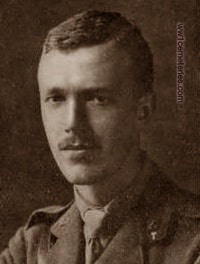 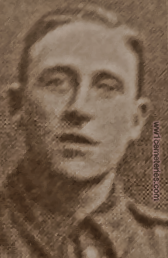 ​His headstone bears the inscription; "Till The Day Breaks And Shadows Flee Away." 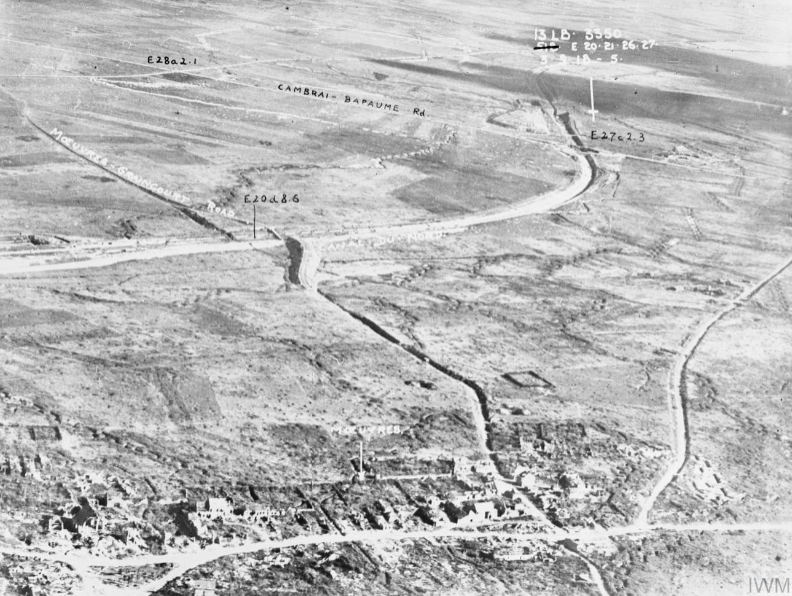 Aerial image of The Canal Du Nord at Moeuvres, near Cambrai. Dated 3rd september 1918. Moeuvres is bottom centre of the image. © IWM (Q 58513) 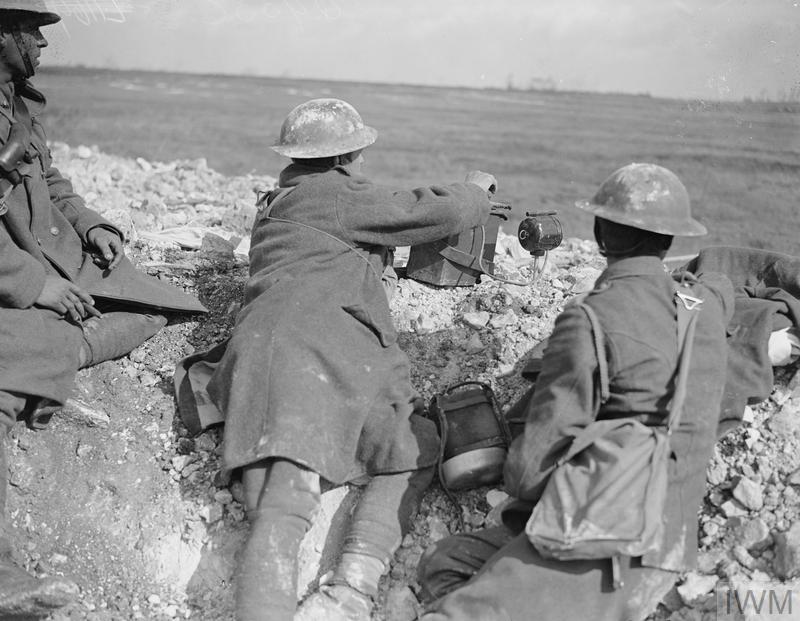 Battle of the Canal du Nord. Artillery signallers with a Lucas Signalling Lamp on the bank of the Canal near Moeuvres, 27th September 1918. © IWM (Q 9336) 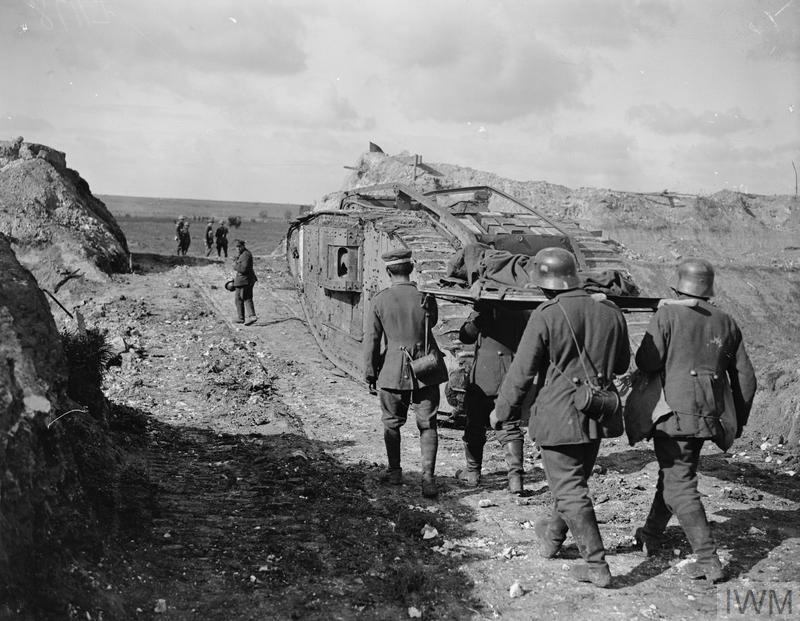