Graincourt-les-Havrincourt is a village 10 kilometres south west of Cambrai.

"Sanders Keep" was a German fortification 2 kilometres South-West of the village, between the Hermies and Havrincourt roads. It was stormed by the Scots Guards on the 27th September 1918, and after the fight the British and German dead were buried on the battlefield by the Guards Division Burial Officer.

There are now nearly 150, 1914-18 war casualties commemorated in this site. Of these, a small number are unidentified.

The cemetery covers an area of 755 square metres and is enclosed by a stone rubble wall. 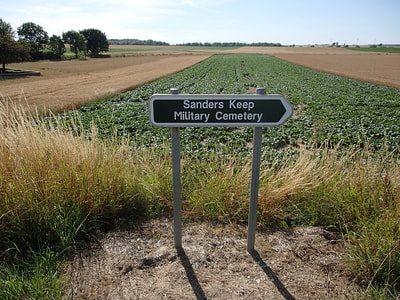 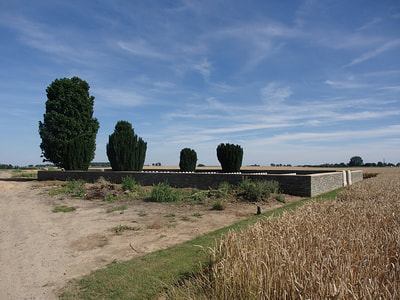 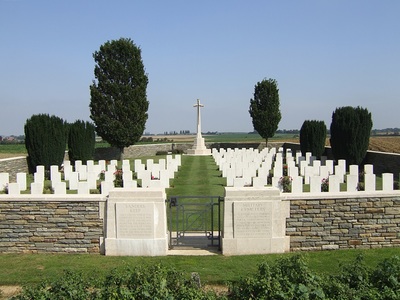 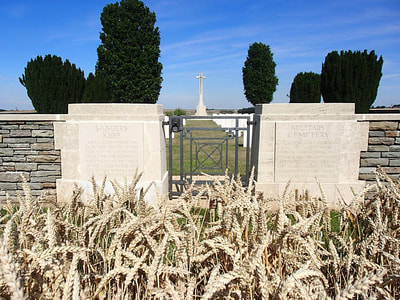 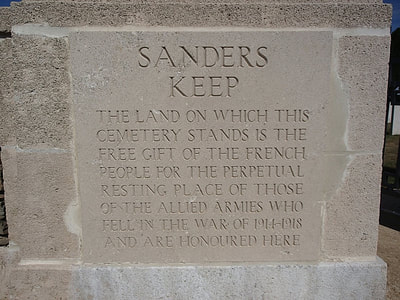 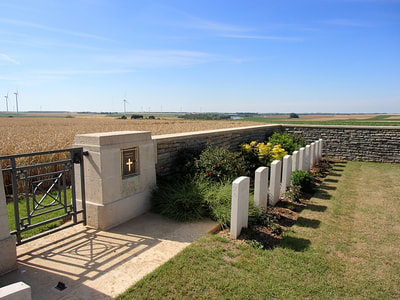 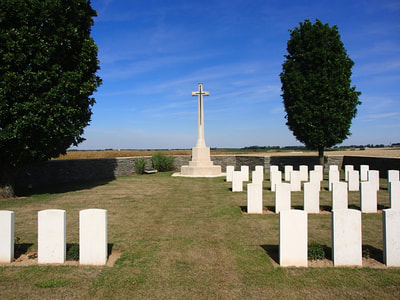 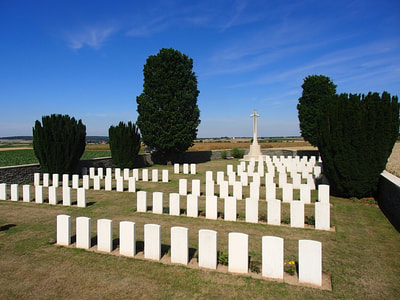 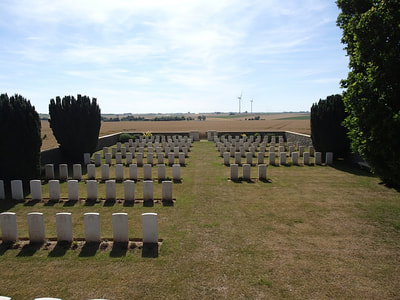 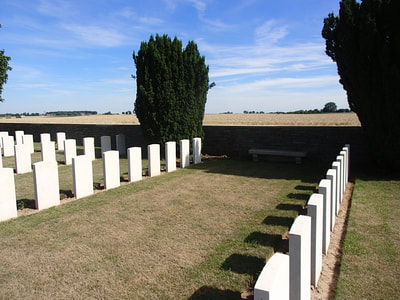 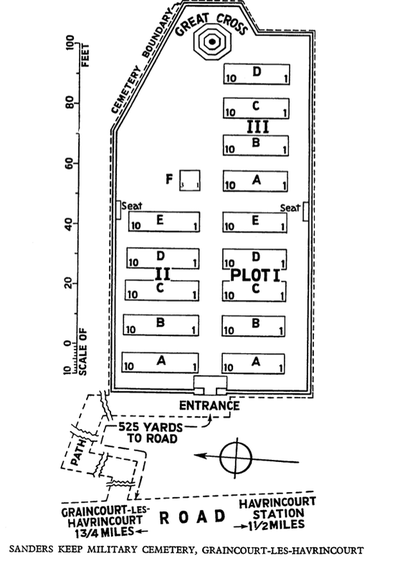 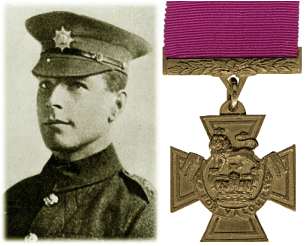 Citation: An extract from "The London Gazette," No. 31034, dated 26th Nov., 1918, records the following.-"For most conspicuous bravery and self-sacrifice in the attack across the Canal Du Nord, near Graincourt. On the morning of the 27th September, 1918, Lce. Cpl. Jackson was the first to volunteer to follow Capt. C. H. Frisby, Coldstream Guards, across the Canal du Nord in his rush against an enemy machine-gun post, with two comrades he followed his officer across the Canal, rushed the post, captured the two machine-guns, and so enabled the companies to advance. Later in the morning, Lce. Cpl. Jackson was the first to jump into a German trench which his platoon had to clear, and after doing further excellent work he was unfortunately killed. Throughout the whole day until he was killed this young N.C.O. showed the greatest valour and devotion to duty and set an inspiring example to all." 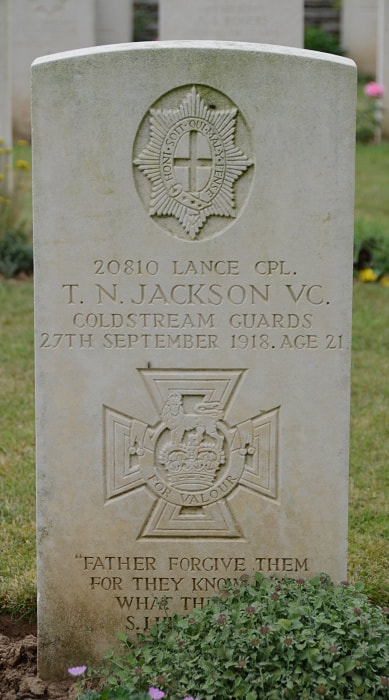 Picture © Johan Pauwels. INSCRIPTION. FATHER FORGIVE THEM FOR THEY KNOW NOT WHAT THEY DO" S.LUKE 23.34 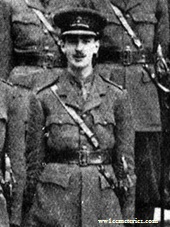 
Son of Fanny and the late Edward Martin Young. Husband of Charlotte Fanny Young, and father of three children, Kathleen, William, and Jessie

The pictures above show the original grave marker and a card from the Director General of Grave Registration which accompanied the picture.

Pictures courtesy of Roger Hardingham grandson of this soldier and son of Kathleen Young.