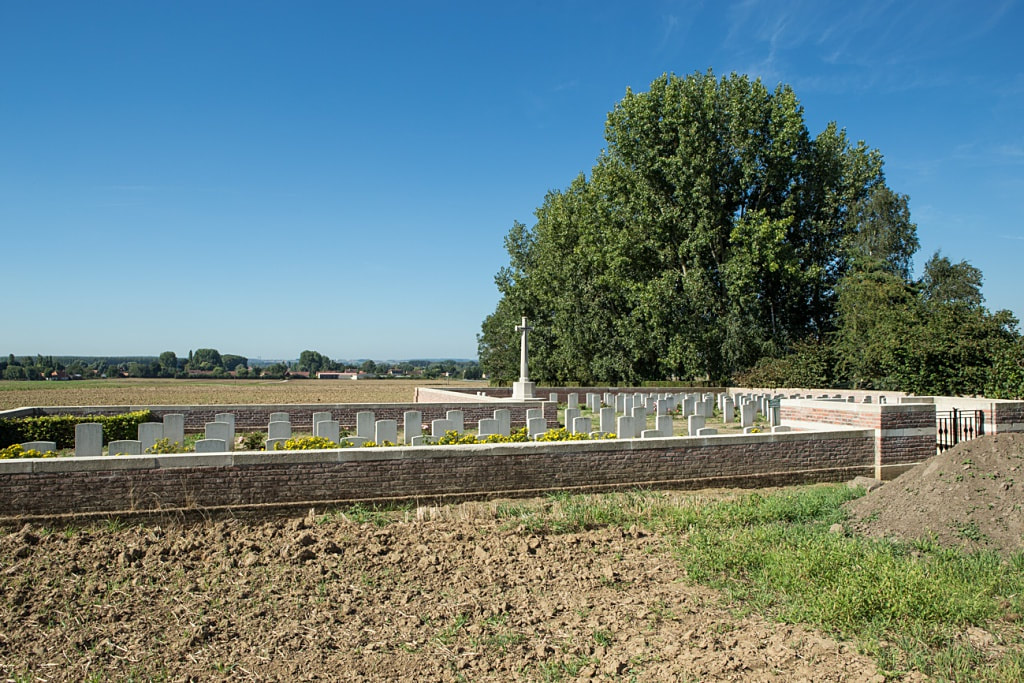 Mont-Bernanchon is a village 8 kilometres north-north-west of Bethune.

From Bethune follow the D937 road in the direction of Hazebrouck. About 6 kilometres along this road is the village of Mont Bernanchon. Just before you enter the village Mont-Bernanchon British Cemetery lies on the left hand side of the road, set back along a chemin d'access, approximately 100 metres from the roadside.

In April 1918, the German advance on the Lys was checked and stopped a little to the east of the village. The cemetery was begun by the 2nd Lancashire Fusiliers in April 1918 and used by fighting units and the XIII Corps Burial Officer until August 1918.

Mont-Bernanchon saw fighting again during the Second World War. In late May 1940 units of the British Expeditionary Force fought a fierce and stubborn rearguard action in defence of the canal banks (the Aire-La Bassee canal is just north of the village) in order to hold up the German advance and aid the withdrawal to Dunkirk for evacuation. 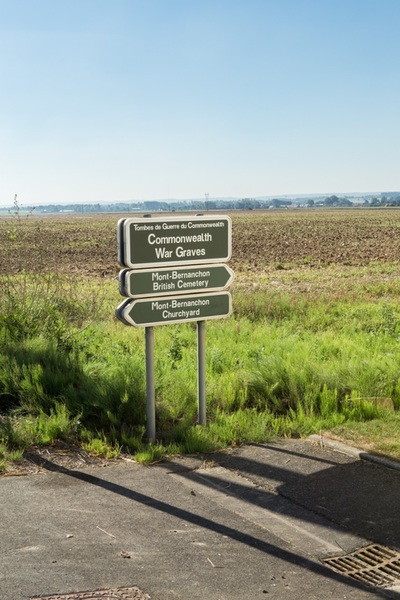 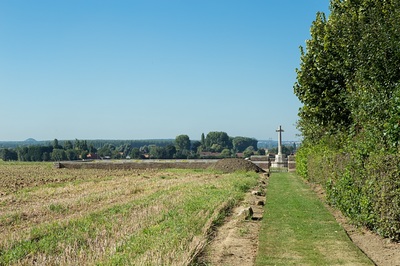 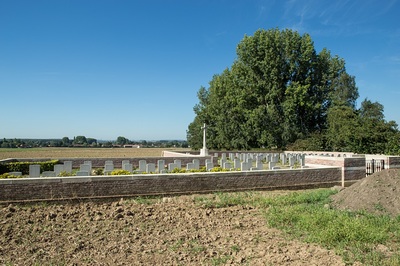 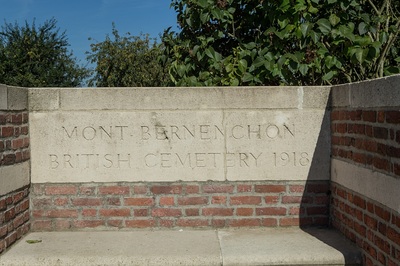 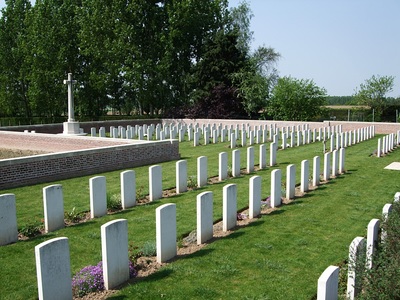 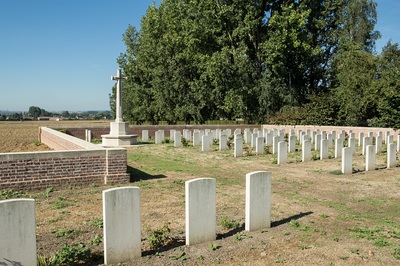 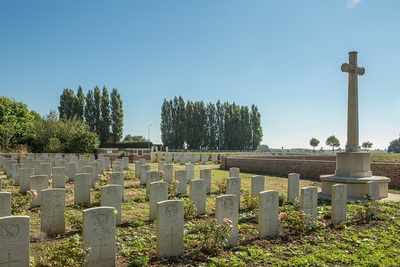 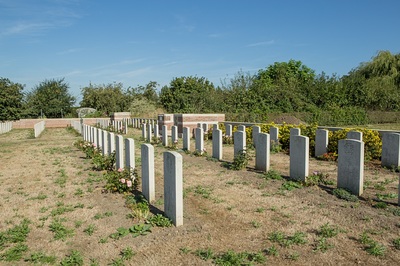 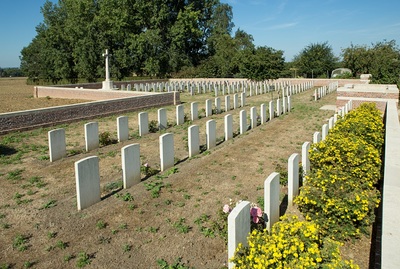 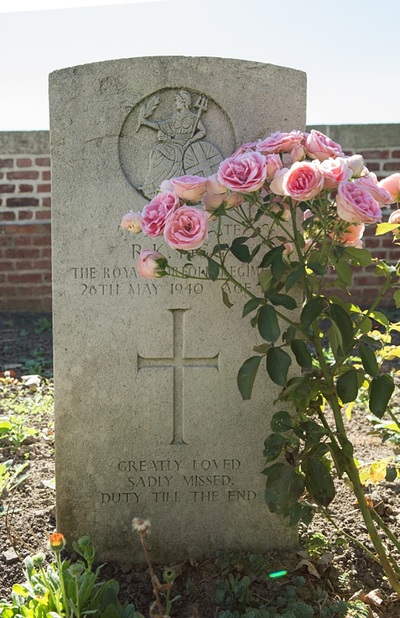 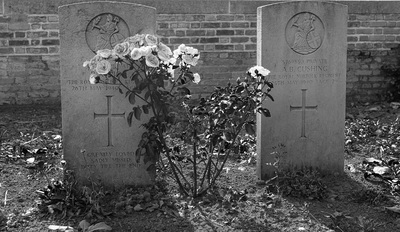 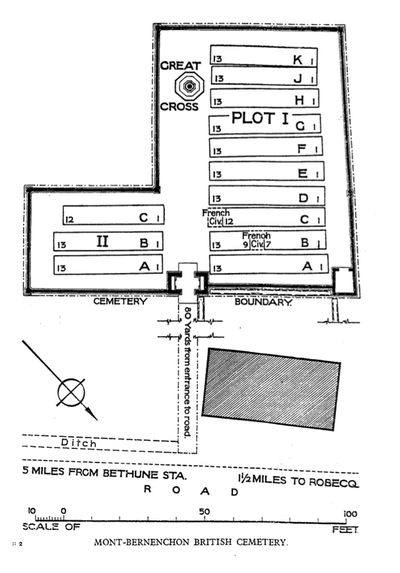 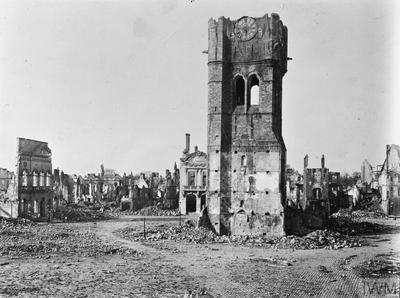 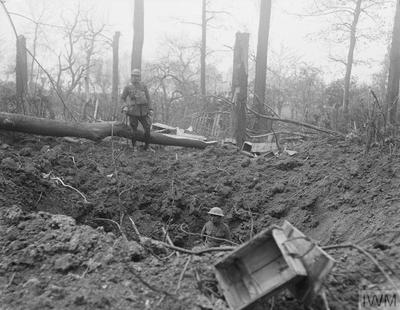 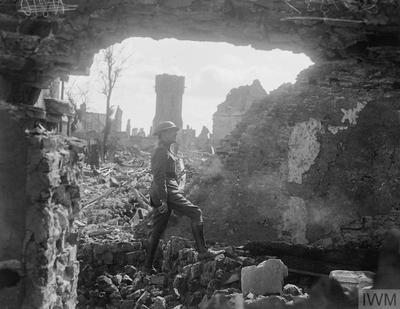 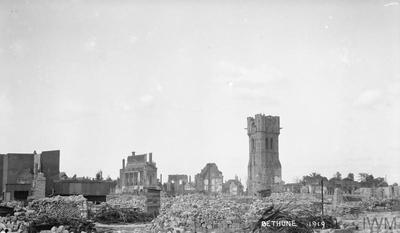 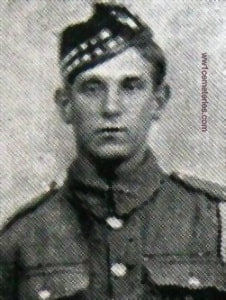 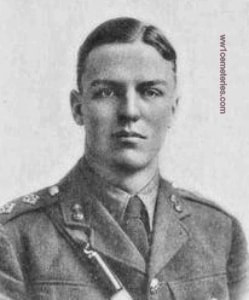 Major Martin wrote the following on behalf of his fellow officers to Edmund's wife, Barbara;

"On behalf of the officers of the battalion who have known your husband out here since the early days of the war, I wish to express our great sorrow and sympathy at your great loss. Edmund was the officer in charge of the Brigade working party, and whilst inspecting the work done, a shell must have landed very close to him, killing him instantaneously. He was a stout-hearted and most conscientious officer and his loss will be deeply felt by all who really knew him." 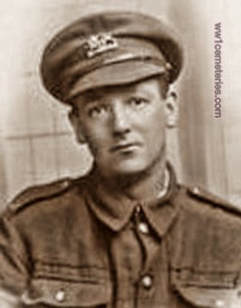 Son of the late Jonathan and Margaret Heywood; husband of Ethel Heywood, of 61, Bishop St., Beswick, Manchester. Born at Manchester. 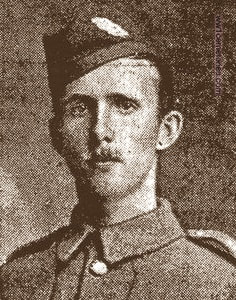 ​His headstone bears the inscription; "Beloved By All." 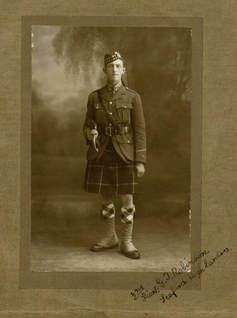 George was overseeing trench repairs when, after nearly 4 years on the front, he was killed by a sniper.  War diary entry "2nd Lt G.T.Robinson killed N.E of Hinges". 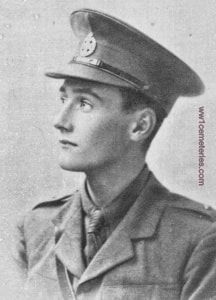 His headstone bears the inscription; "The Lord Bless You And Keep You." 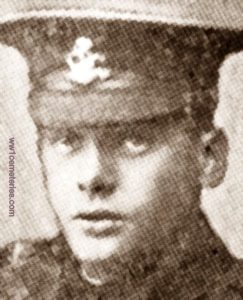 Dear Madam, It is with the deepest regret and sympathy that I write to tell you that your dear husband was killed in action. He was a good lad and was liked and respect by all the boys, who, I can tell you, are all very sorry. But I hope and pray that Almighty God will give you the health and strength to bear up in your sad bereavement. I hope you are getting over your illness for the sake of your dear little son, as Albert was looking forward to the time when he would be able to see you and him again. I can tell you I feel very sorry. But there is one thing – you can hold your head up, as he died fighting for his King and country. He was always cheery and looked on the bright side of things. May Almighty God bless and watch over you and your little son for your dear husband’s sake. – Yours respectfully." 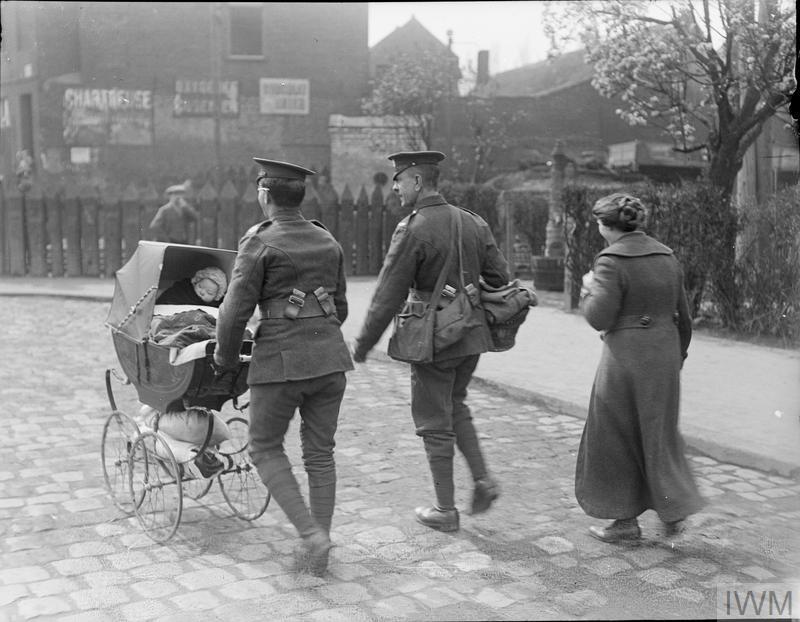