Montcornet is a commune 38 kilometres north-west of Rethel.

The cemetery can be reached following the D977 road from Laon and junction 13 of the A26. On arriving at the first road junction on the outskirts of Montcornet, it is necessary to turn right into the town centre. After several hundred metres a right turn should be taken following the signs for Rethel. Shortly after leaving the town centre, the road forks. The right fork should be taken following the CWGC sign. After about 200 metres look for Montcornet Military Cemetery on the left side of the road, which is partially shielded by housing.

The cemetery is up a flight of steps from the road.

The register is available in the Mairie from Monday to Friday from 9.00 to 12.00 and 13.30 to 16.30
The Mairie is closed on Tuesday and Thursday afternoon

Montcornet was a German hospital centre in 1918.

Between 1927 and 1938, the bodies of British soldiers recovered from former battlefields east of Soissons were buried here; most of these were unknown and fell in September 1914. Graves from certain smaller cemeteries were also brought here, including:-

ANTHENY CHURCHYARD (Ardennes), where the unidentified Canadian soldier was buried in November 1918.

There are now over 100, 1914-18 and nearly 20, 1939-45 war casualties commemorated in this site. Of these, over 50 from the 1914-18 War are unidentified and four soldiers from the United Kingdom, 3 of whom were buried in the German cemetery at Montcornet and one in Crugny Churchyard, but whose graves are now lost, are commemorated on special memorial headstones.

The cemetery covers an area of 692 square metres.

George was born in 1895 at Shifnal, Shropshire to Charles and Emma Jane [nee Jervis] Juckes His occupation in 1911 is a shop assistant but enlisted in Chester 2nd November 1914 aged 19. On enlistment he was sent to the Welsh Border Mounted Brigade Field Ambulance, as a private, number 92253. Then on 11th March 1916, George was attached to the 2nd Shropshire Yeomanry on’ water duties’ until he re-joined R.A.M.C, less than a year later. George was then posted to the R.A.M.C training centre, Blackpool with his regiment. On 20th April 1917 the unit proceeded overseas to 39th Stationary Hospital. He then joined [Basewetsils?] in Rouen on 14th November 1917. On 21st November posted to [ lulblefld?] and joined 2/2 Northumberland Field Ambulance. On active duty until reported missing on 25th May 1918.
The War office was informed of his whereabouts by the Germans. George must have been captured after being wounded and ended up in a Prisoner of War in a war hospital at Montcornet, France. George died from gunshot wounds, to the thigh and below knee on 16th June 1918. George was only 23 when he died. He is buried in the Montcornet Military Cemetery, grave 330. George was awarded the British War Medal and the Victory Medal for his services.
(The bracketed and underlined words are illegible on the war office paperwork, courtesy of The National Archives, UK. ) 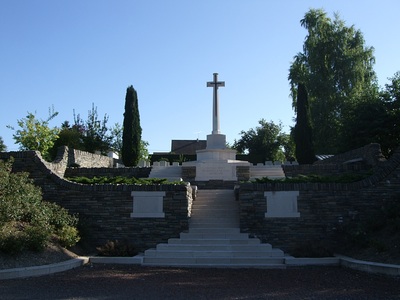 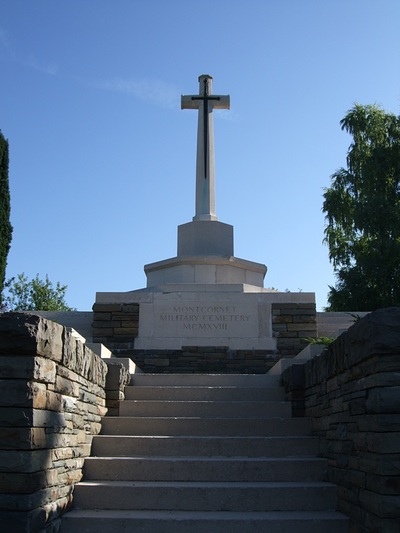 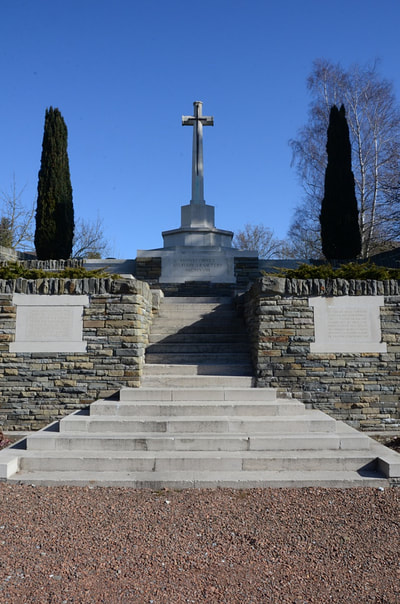 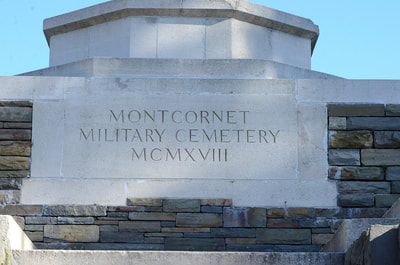 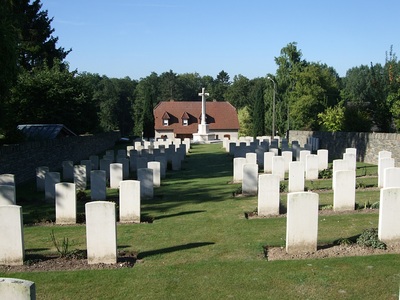 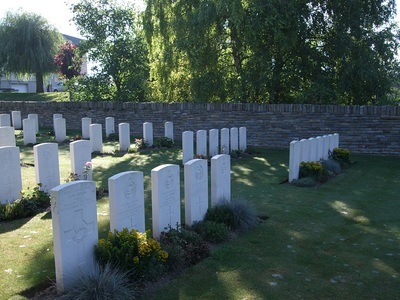 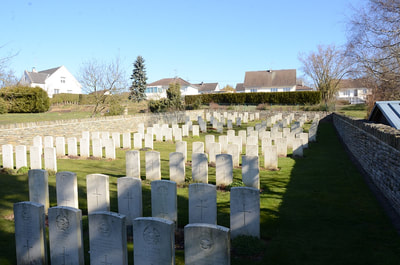 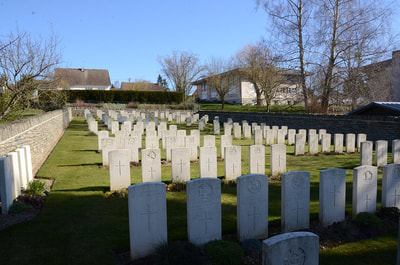 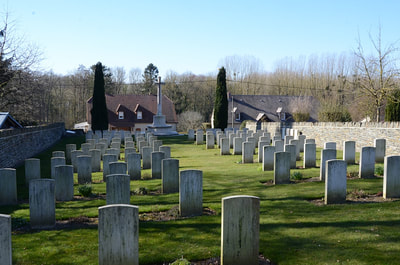 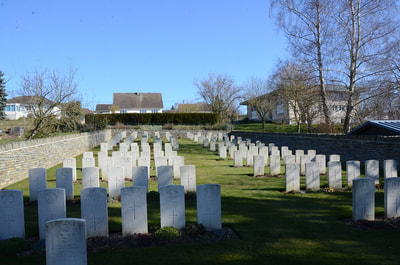 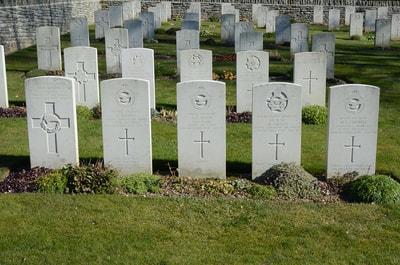 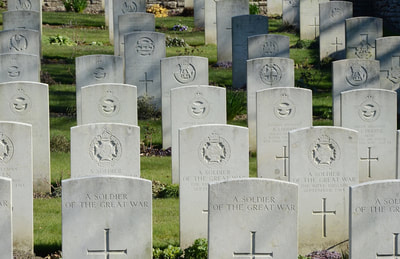 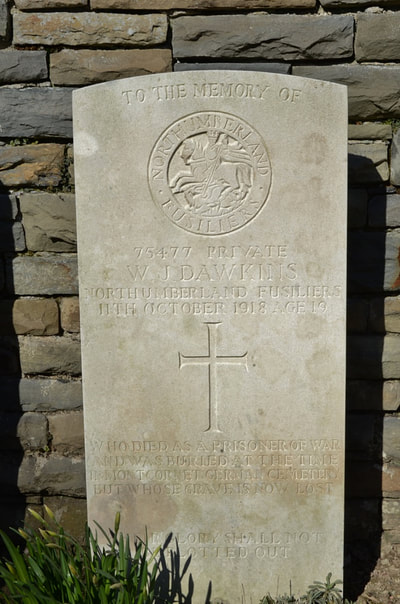 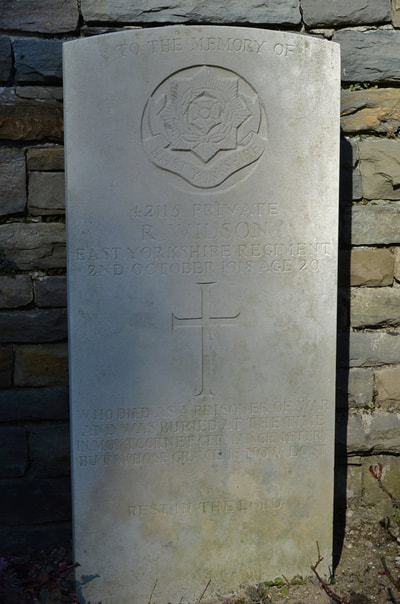 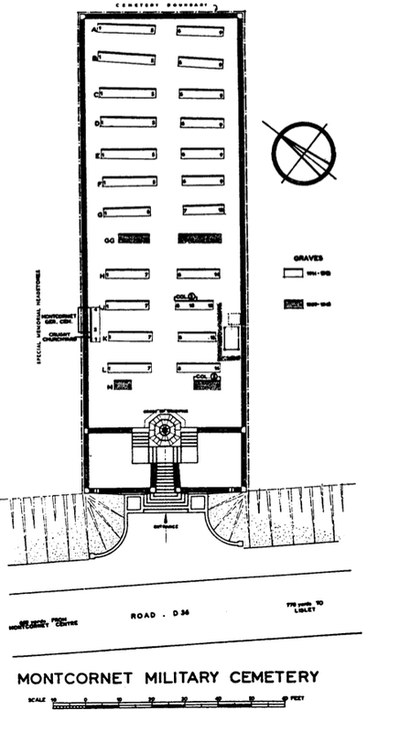 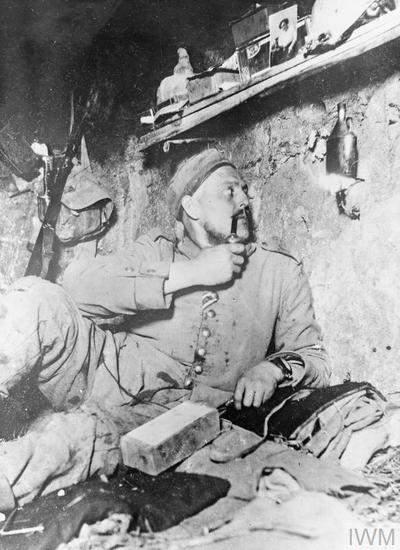 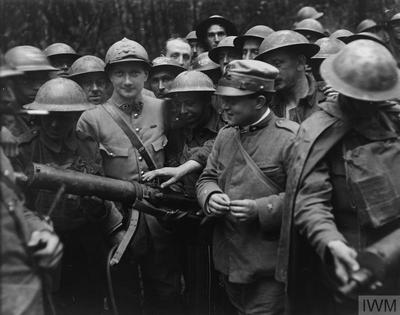 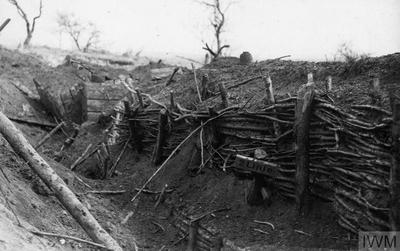 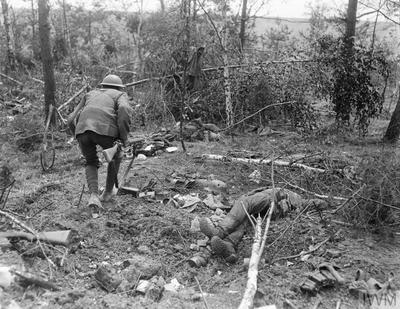 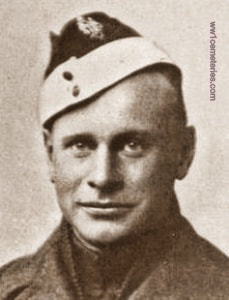 ​His headstone bears the inscription; "He Is Not Dead - He Gave His All And Went To Meet His Captain Face To Face." 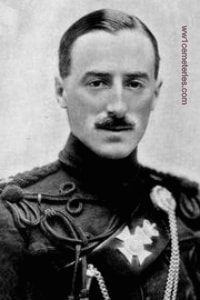 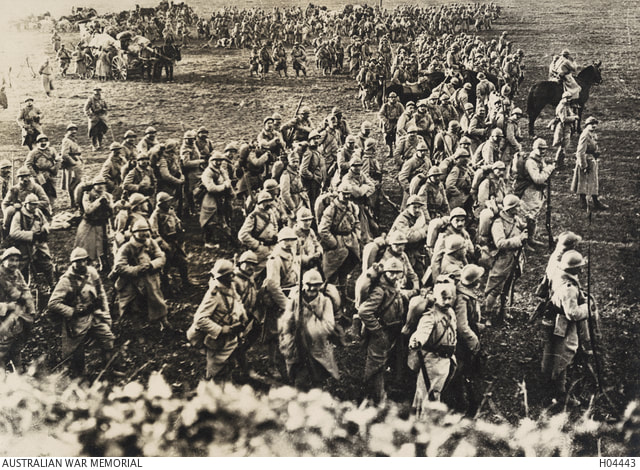 10th November 1918; Troops gather before the attack near Montcornet. 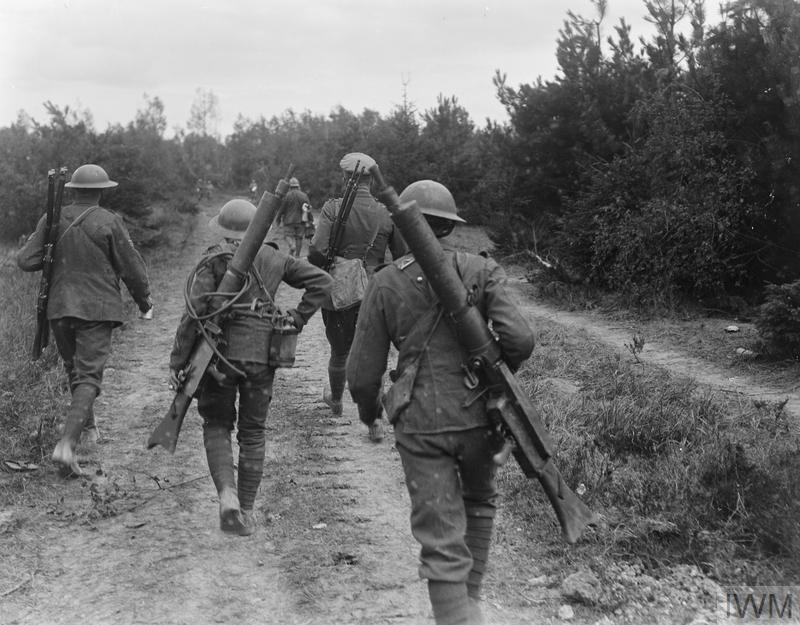 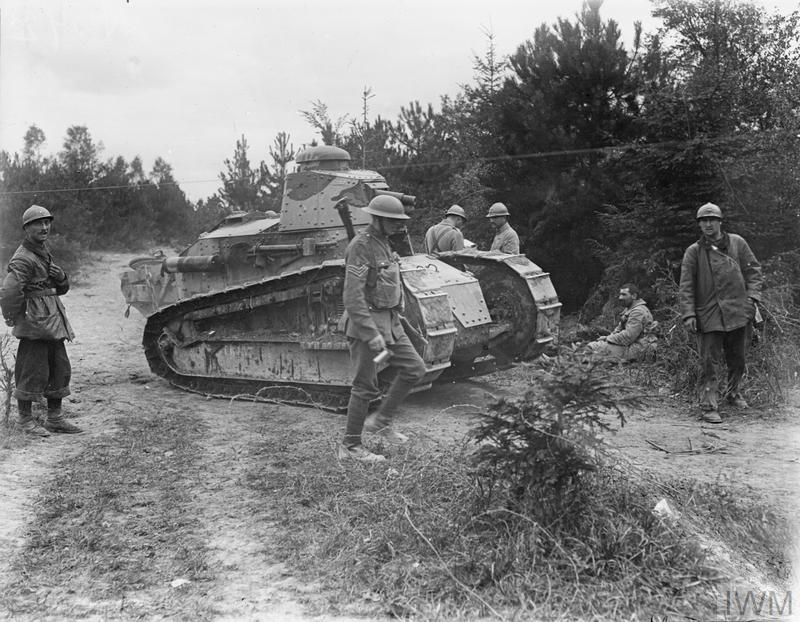