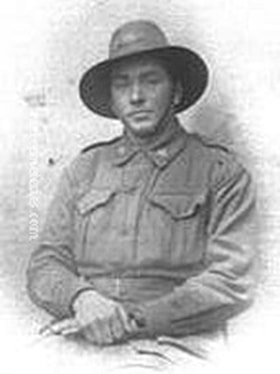 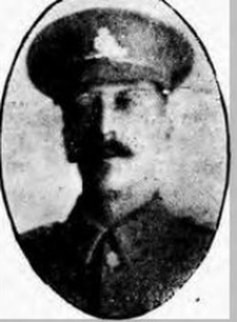 ​His headstone bears the inscription; "God Be With You Till We Meet Again." 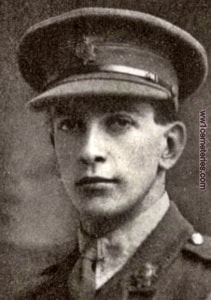 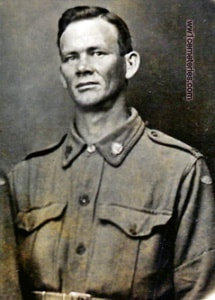 A 25 year old labourer prior to enlisting on 18 October 1915, he embarked for overseas with B Company from Sydney on 5 June 1915 aboard HMAT Borda. Following further training in England, he proceeded to France to join the 42nd Battalion in November 1916. Cpl Manderson was wounded in action on 4 October 1917 and evacuated to England for medical treatment. After returning to his unit in France four months later, he was wounded in action again on 30 March 1918. He was again evacuated to England and returned to France on 26 July 1918. Cpl Manderson was killed in action on 31 August 1918 and is buried in the Peronne Communal Cemetery Extension, France. Cpl Manderson's older brother 429 Pte Thomas Manderson also served with the 42nd Battalion and was killed in action in Belgium on 9 June 1917, he is commemorated at Bethleem Farm West Cemetery. 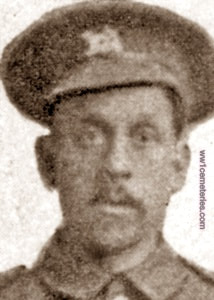 His headstone bears the inscription; "He Bore The Cross, He Now Wears A Crown."

A 22 year old labourer prior to enlisting on 25 May 1915, he embarked for overseas with the 2nd Reinforcements from Melbourne on 17 July 1915 aboard HMAT Orsova. He served at Gallipoli, in France and in Belgium before being killed in action at Mont St Quentin, France on 2 September 1918.

From Tamworth, NSW. A farm labourer prior to enlistment, he embarked with the 8th Reinforcements on HMAT Suevic (A29) on 11 November 1916. He was killed in action on 1 September 1918. 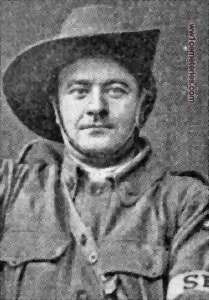 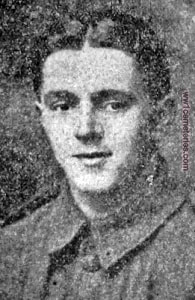 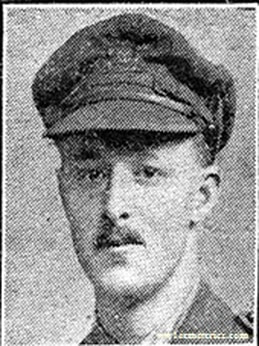 Son of John and Gertrude Nairn, of Forth Park, Kirkcaldy. 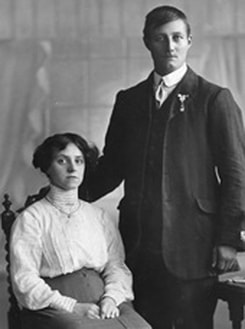 His headstone bears the inscription; "He Gave All." 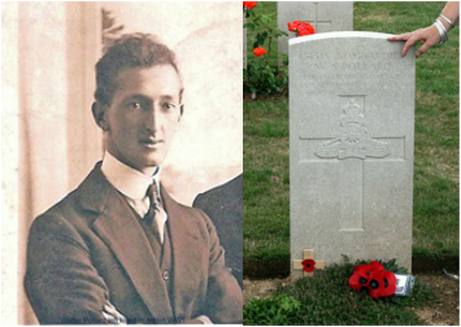 Son of William and Mary Pollard. Born in Bristol.

His headstone bears the inscription: "Worthy Of Everlasting Remembrance" 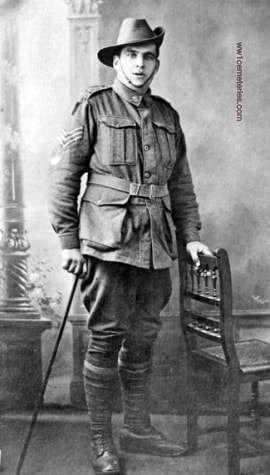 His headstone bears the inscription: "Why Mourn When He Awaits Me, My Son Who Sleeps With God. C.E. Harris." 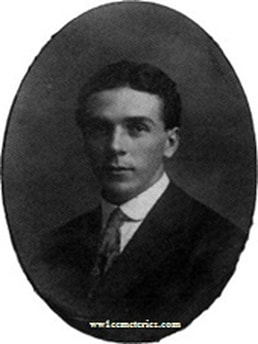 His headstone bears the inscription: "Leaving A Fragrant Memory Of A Short Life Well Lived." 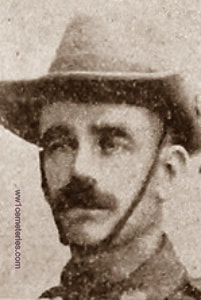 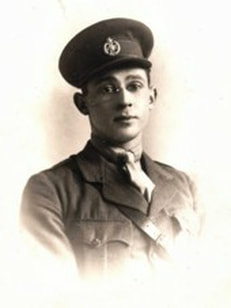 His headstone bears the inscription: "In Loving Memory Of Our Son."

While giving one of his boy’s who was badly wounded a drink Lieut. T. E. Smith, son of William Smith 290 Montifiore Str., was killed by a German sniper, at Peronne Sept 5, 1918 - two months before the armistice ended the war. A week ago on the first anniversary of his son’s death. Mr. Smith received a letter from Lieut. F. C. Gozette giving details in connection with his death. Lieut. Gozette was with Lieut. Smith when the latter was shot.

Lieut. Smith had visited shell hole after shell hole to see that his boy’s were comfortable. While uncorking his bottle to give a wounded man a drink, he was shot through the neck by a sniper.

The letter follows.
"I suppose you had official notice as to how you son died, but I think it would lessen your grief to learn the death of a man, a hero, such as if had he been giving the choice, possibly he would have wished.

I was your son’s batman from the time he joined the Imperial unit until his death. He was absolutely loved by his platoon and he was like an older brother to me than a officer.
​
It was during the Somme advance that he was hit. We attacked the last day of August Canal du Nord in front of Moislain near Peronne, and Mr. Smith was in command of our company, all of our other officers having been killed or wounded the day before. While lying in the shell hole after our objective he decided to go around our position to see if all 'his boys' were comfortable.
Making our way from shell hole to shell hole cheering the lads as we went, he came across one of his platoon badly wounded. It was while giving the poor lad a drink that a German sniper shot him through the neck. His death was mercifully instantaneous. Two or three of us got the sniper, but unfortunately that did not give us back our officer and pal. His death caused a lot of casualties to the Germans as it made the platoon mad for revenge. I hope you got his bible as he asked me to send it to you if anything happened to him. With the deepest sympathy in your loss of your son by one who regarded as a dear pal." I am, Sincerely, Lieut. F. C. Gozzet.

Notes: The article gives the address of my Grandfather, his father, as 290 Montifiore Str., in fact that is wrong my Grandfather lived at 290 Lizzie Street as shown on your web page.
The name Gozzet is spelled differently in Article, copied as written.

Picture and text courtesy of Ken Kennedy, of Winnipeg, Canada, nephew of this soldier. 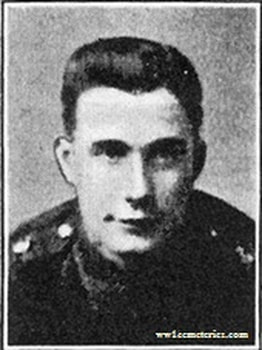 His headstone bears the inscription: "For England, Home And Duty His Life He Freely Gave." 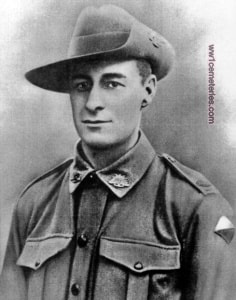 From Fitzroy, Vic, (born in Hobart, Tas). Pte Whitney enlisted on 9 August 1917; he served on the Somme and was killed in action on 1 September 1918 while working as a stretcher bearer at Mont St Quentin, France.

6896 Pte. A. E. Stehn gave this account of the death of William Whitney;

​"Casualty occurred about 7 a.m. on 1st September, 1918, in the attack on Mont St Quentin. He was in the same Machine Gun team with me and it was our first hold up. We were lying on the bank taking cover when he was sniped through the heart and killed instantly. We had to carry on with the fighting and leave him. He was afterwards buried and a cross erected on the left side of Mont St Quentin."