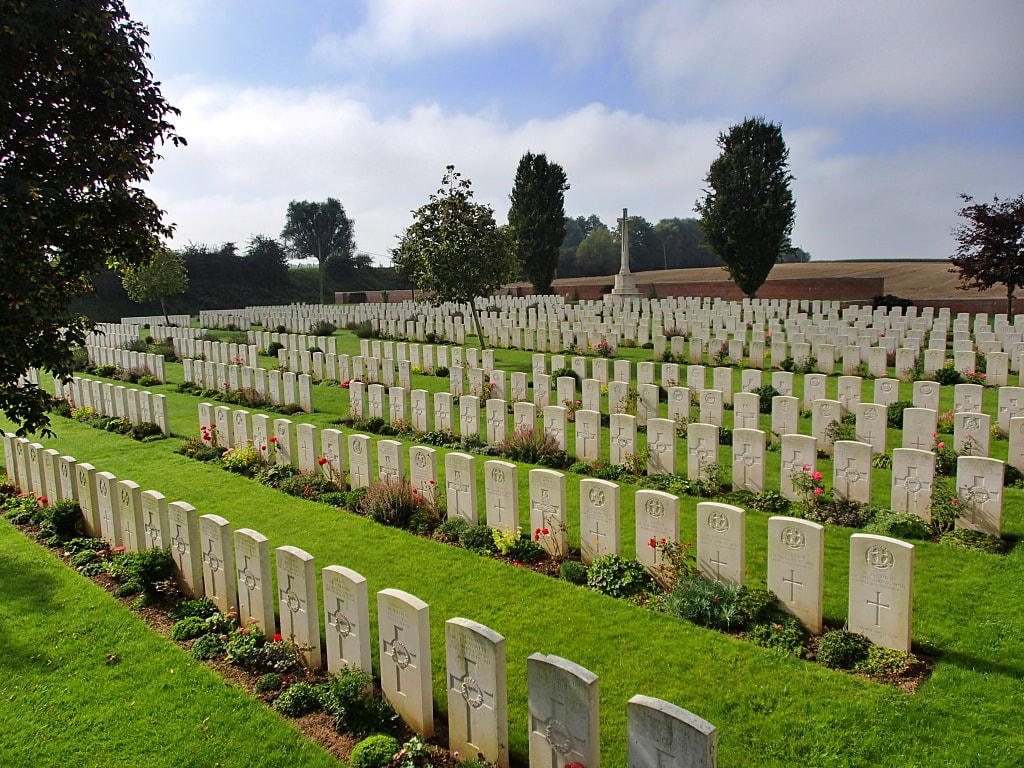 Romeries is a village approximately 16 kilometres south of Valenciennes and 4 kilometres north-east of Solemes. The Communal Cemetery is on the west side of the village on the north side of the road to Solesmes.

Part of the II Corps retired through this area during the Retreat from Mons in August 1914, and in October 1918, Commonwealth forces returned during the Advance to Victory.

Briastre was captured on 10 October 1918, Belle Vue Farm on 20 October, Romeries itself and Beaudignies on 23 October and Englefontaine on 26 October. The Battle of the Sambre, the last great action of the war, carried the front forward into Belgium and ended with the Armistice. Romeries Communal Cemetery Extension is one of the burial grounds of those who died between these dates.

The original extension is Plot I, made by the 3rd and New Zealand Divisions, and containing 128 graves. The remaining plots were made after the Armistice when graves were brought in from isolated positions on the battlefield, including (in Plot X) a few graves of 25 August 1914, and from small cemeteries, including:-

BRIASTRE-SOLESMES ROAD MILITARY CEMETERY, BRIASTRE (Nord), was used by the 37th Division and the 1st Wellington Regiment (New Zealand) from the 11th to the 16th October, 1918. It contained the graves of 25 soldiers from the United Kingdom (12 of the 4th Middlesex) and 11 from New Zealand. It was about 800 metres South-East of Briastre, across the Selle.

BRIASTRE CHURCHYARD contained the grave of one New Zealand soldier.

BELLE VUE FARM CEMETERY, BRIASTRE, was 200 metres South of the Farm, which was almost immediately East of Briastre, across the Selle. It contained the graves of 16 soldiers of the 4th Middlesex who fell on the 10th October.

ENGLEFONTAINE GERMAN CEMETERY contained the graves of three soldiers from the United Kingdom who fell on the 26th and 27th October.

GRAND GAY FARM CEMETERY, LOUVIGNIES-QUESNOY (Nord), was nearly 1.6 kilometres South of Louvignies. There were buried in it 37 soldiers from the United Kingdom, 24 of whom belonged to the 9th Duke of Wellington's.

SALESCHES CHURCHYARD (Nord) contained the graves of three soldiers from the United Kingdom who fell on the 25th and 29th October.

ST. PYTHON COMMUNAL CEMETERY EXTENSION was made by the 2nd Division. It contained the graves of 23 soldiers from the United Kingdom, two from New Zealand, and one from Canada, who fell between the 27th October and the 8th November.

There are now 833 burials and commemorations of the First World War in the extension. 129 of the burials are unidentified but there are special memorials to 15 casualties believed to be buried among them.

The extension was designed by Charles Holden and William Harrison Cowlishaw

Conscripted in July 1916, he arrived in France in November.

On 29 Sept 1918, he disappeared from the transport lines near Flesquières, where he had been sent with a view to examination for sickness. However, he reported to the Assistant Provost Marshal on 1 Oct, & was returned to his company on 3 Oct.

On 4 Oct, Jackson disappeared again, from the support lines at Noyelles, abandoning his rifle & equipment; & was arrested at Doullens on 5 Oct.  When questioned, ‘….he seemed to be confused, but otherwise quite ordinary. He did not ask for the Aid Post’.

Jackson was tried for absence on 29 Sept, & for desertion & casting away arms on 4 Oct.

In his defence,he said when he joined the battalion after serving his sentence, the CSM publicly called him a ‘gaol-bird’, saying that he would make his life a misery. As to the first charge, he had suffered from rheumatism, with a bad leg. He was given ‘medicine & duty’ by the MO, who however had him kept under arrest — which ‘upset me & I was determined to get away’.  Further, Jackson mentioned that his mother & father had each died in an asylum, & that worries had caused him the same mental trouble.
​
After conviction, his CO & all the formation commanders endorsed the sentence of death — which Haig confirmed, but only on the charge of desertion.  (Corns, pp.396-400) 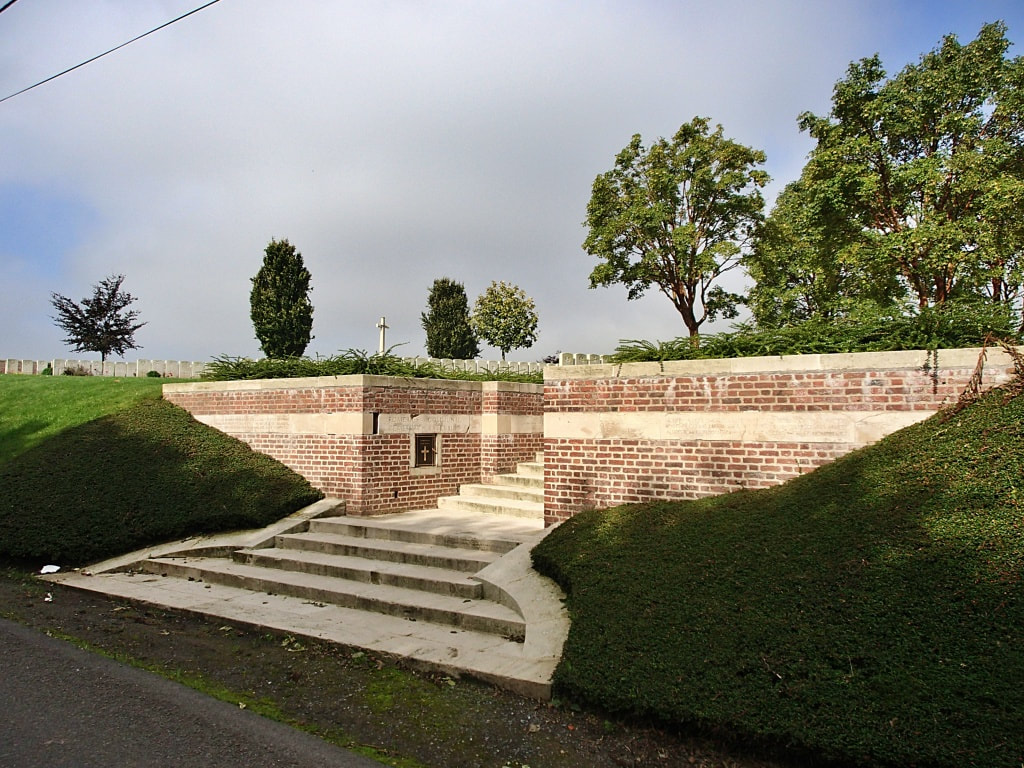 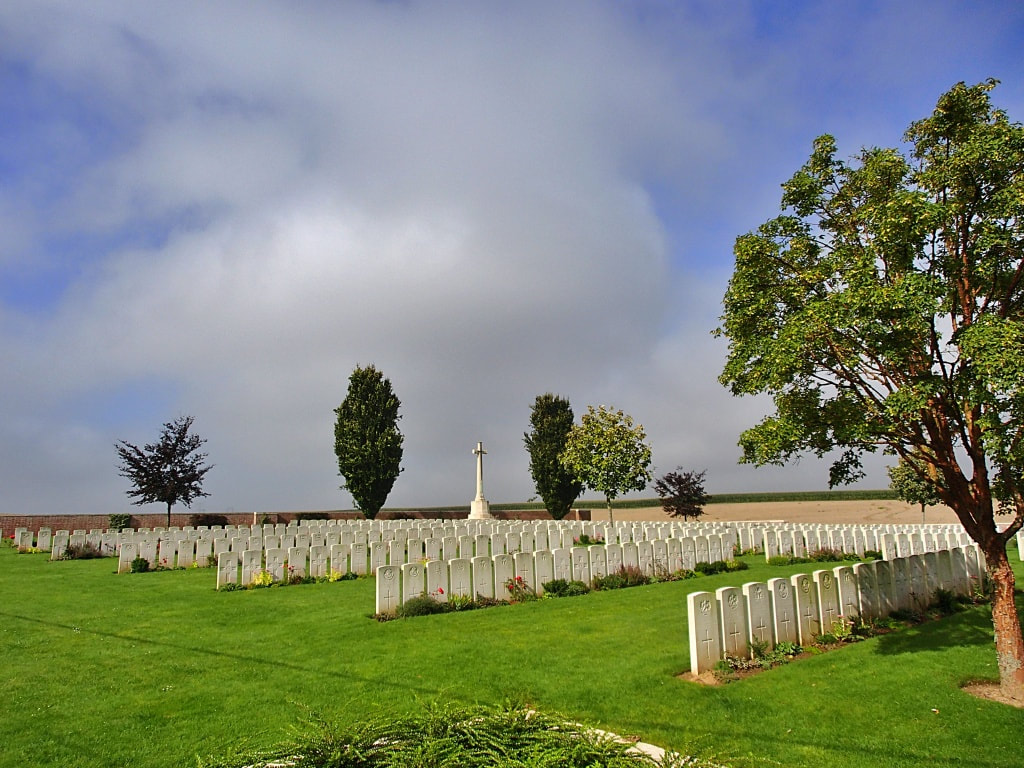 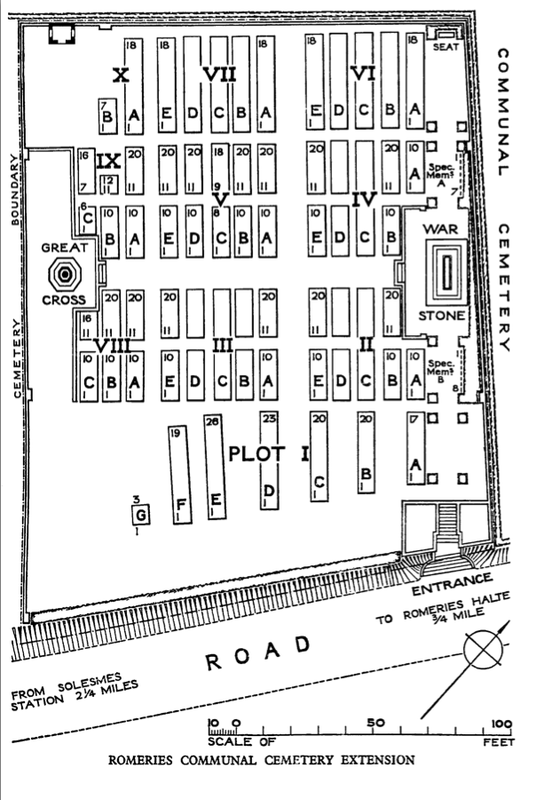 ​
Citation: An extract from the London Gazette, dated 12th Nov., 1918, records the following:-"For conspicuous bravery, initiative, and devotion to duty. When operating a telephone in evacuated enemy trenches occupied by his battalion, Cpl. McNamara realised that a determined enemy counter-attack was gaining ground. Rushing to join the nearest post, he made the most effective use of a revolver taken from a wounded officer. Then seizing a Lewis gun he continued to fire it till it jammed. By this time he was alone in the post. Having destroyed his telephone, he joined the nearest post, and again displayed great courage and initiative in maintaining Lewis gun fire until reinforcements arrived. It was undoubtedly due to the magnificent courage and determination of Pte. McNamara that the other posts were enabled to hold on, and his fine example of devotion is worthy of the highest praise." 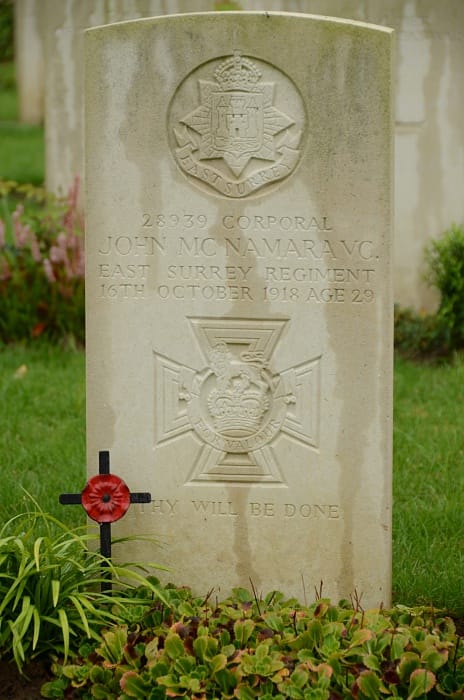 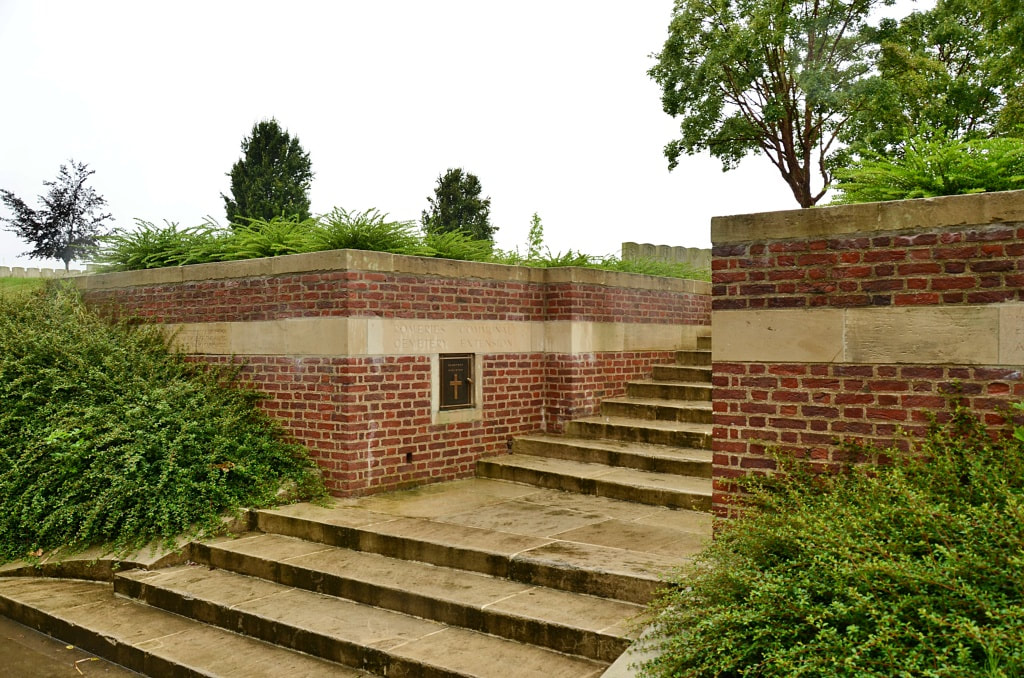 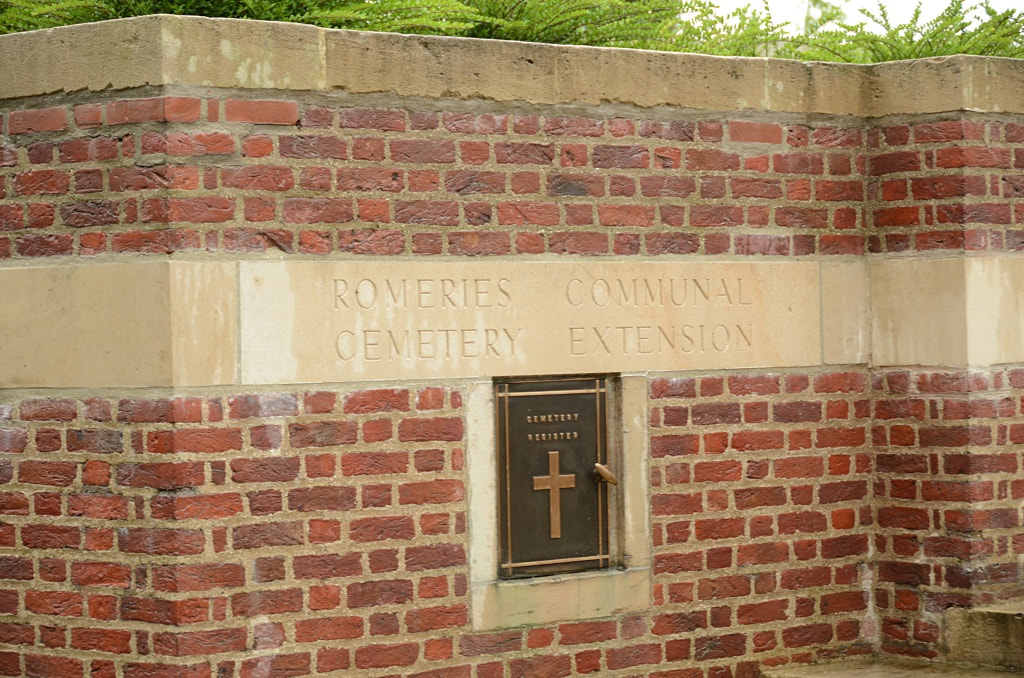 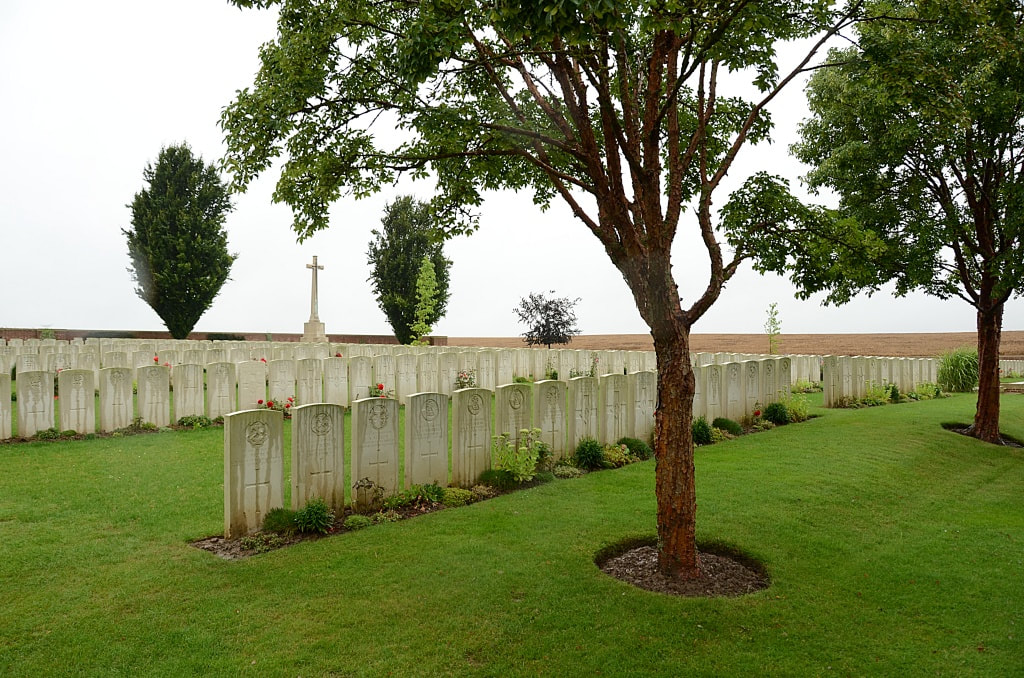 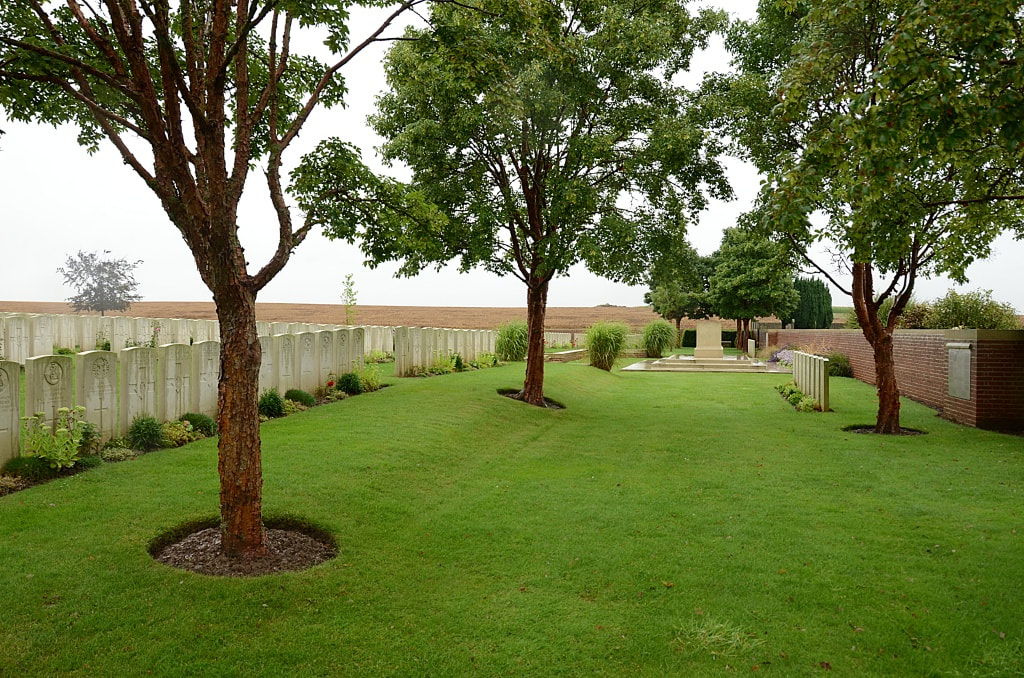 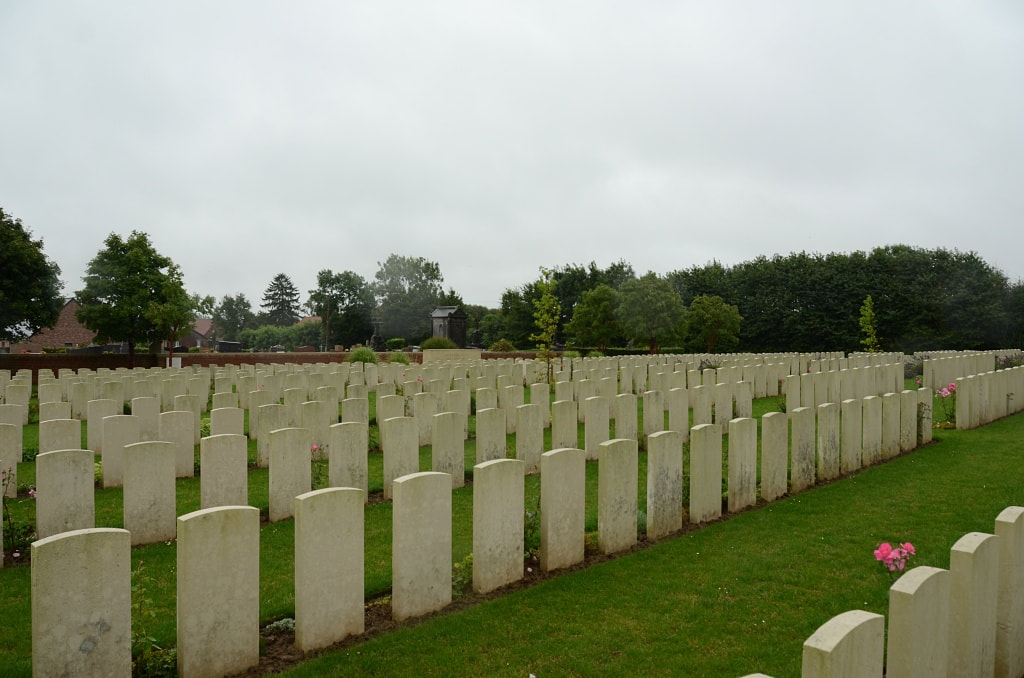 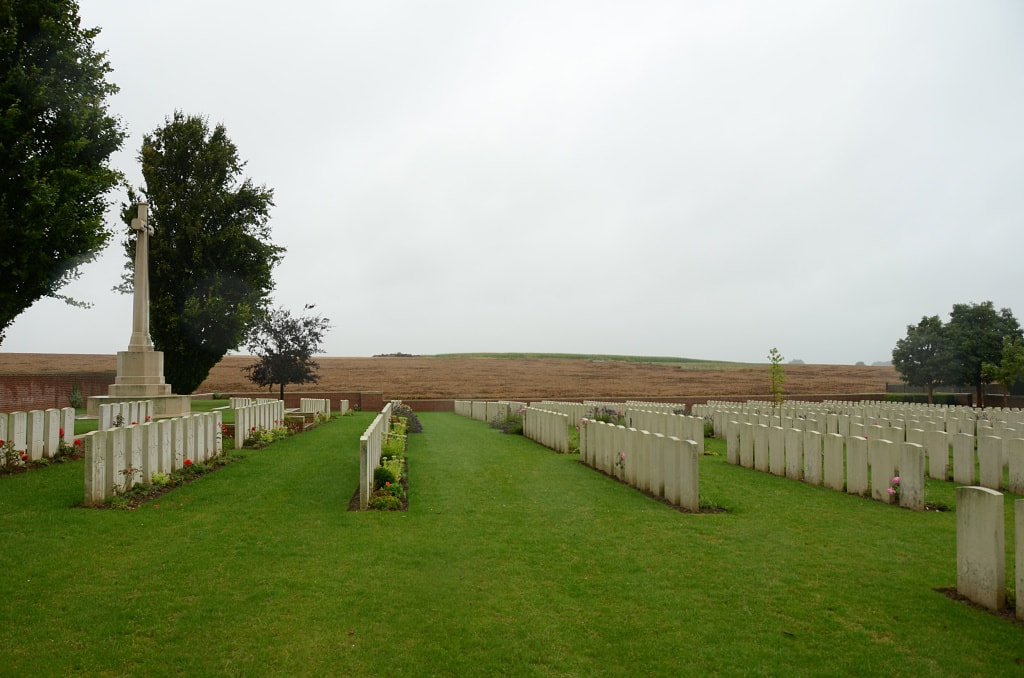 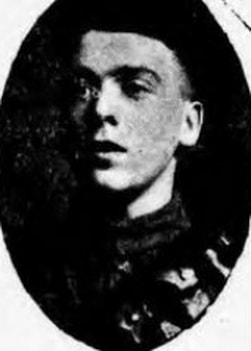 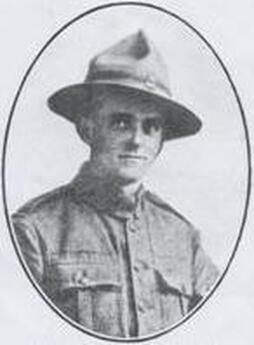 Emigrated to New Zealand some years before the War. Prevented from enlisting by a work agreement, he joined up in May 1915. On Christmas Day 1915 he was in action against Turkish-led Arabs in Egypt. Took part in the Somme offensive in France in 1916 and went over the top when tanks were first used. June 1917 was hit by shrapnel at Battle of Messines and returned to England and revisited the College. He was killed in almost the last offensive of the War. His officer wrote in a letter, “(He) was the most popular and capable NCO in “A” Company. I had reason to bless his cheerful disposition.” Originally buried “…in a little triangular copse alongside the railway line just south of Le Quesnoy…” (Officer’s letter.)
​