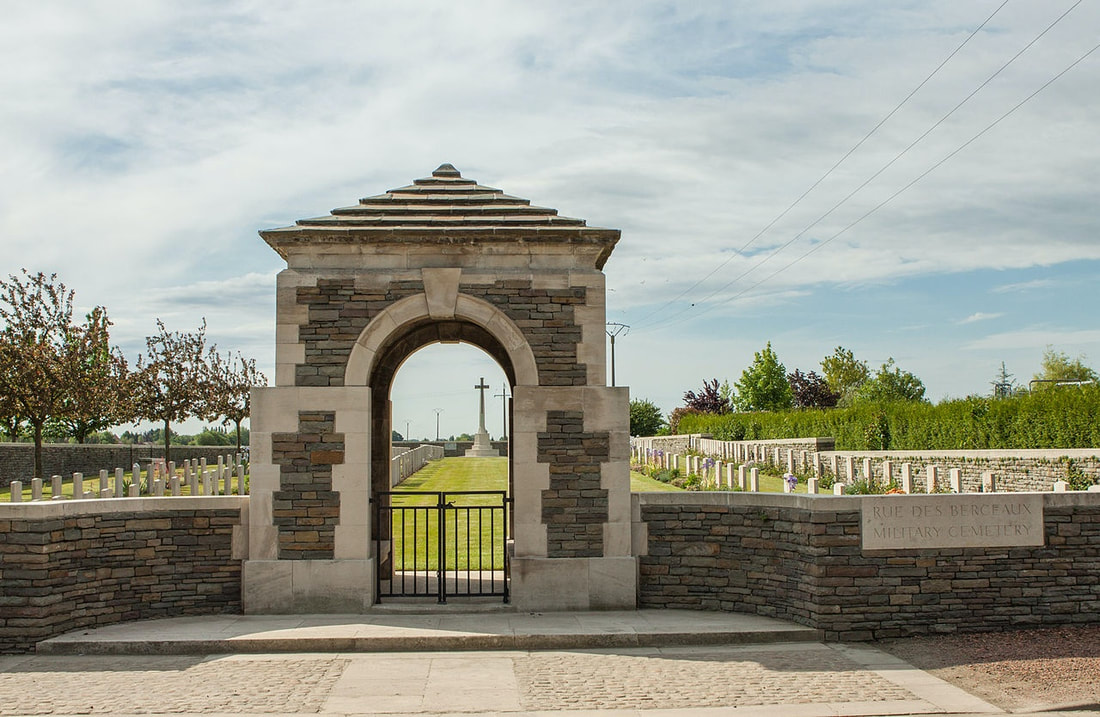 Richebourg is a village and commune to the north of Bethune in the Pas de Calais.

From the church in Richebourg, head south on the D166. The Cemetery will be found on the right hand side of the road 950 metres from the church.

The cemetery was begun in January 1915, and used until February 1917; two German soldiers were buried in it in April 1918, and some further British burials were made in Plot I, Row "D" in September 1918. Plot II was made after the Armistice by the concentration of graves from the battlefields in the neighbourhood and from certain smaller cemeteries, including:-

ALBERT ROAD CEMETERY, RICHEBOURG-L'AVOUE, was on a cross road running from the Rue-des-Berceaux to the Rue-du-Bois. It contained the graves of 27 soldiers from the United Kingdom who fell in 1915.

EDGWARE ROAD CEMETERY, NEUVE-CHAPELLE, was on the more Northerly of the two roads from the Estaires-La Bassee road to Neuve-Chapelle village. It contained the graves of 28 soldiers from the United Kingdom, one officer of the R.N.A.S., and one Indian soldier, who fell in 1914-15.

EDWARD ROAD CEMETERY No.1, RICHEBOURG-L'AVOUE, was begun by the 2nd Middlesex in December 1914, and used until May 1915. It was 1,372 metres North of the village of Richebourg-L'Avoue, and it contained the graves of 20 soldiers from the United Kingdom.

EDWARD ROAD CEMETERY No.5, RICHEBOURG-L'AVOUE, was 460 metres North of the village, and was used from May-August 1915. It contained the graves of 14 soldiers from the United Kingdom, three from India, and two German prisoners.

There are now over 450, 1914-18 war casualties commemorated in this site. Of these, nearly half are unidentified and three special memorials record the names of soldiers from the United Kingdom buried in Edgware Road Cemetery, whose graves were destroyed by shell fire.

The cemetery covers an area of 2,515 square metres and is enclosed by a low rubble wall. 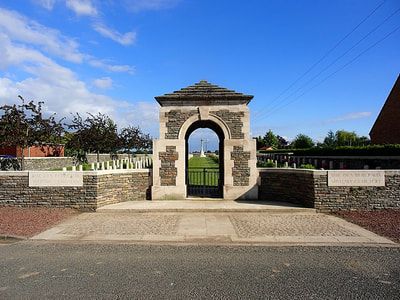 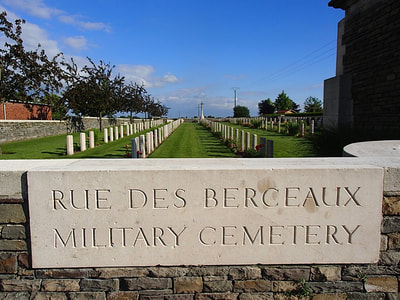 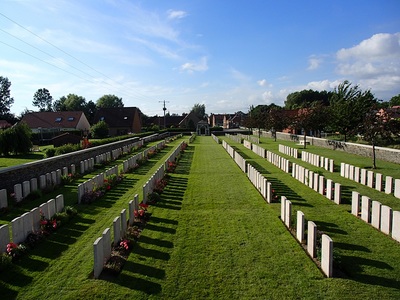 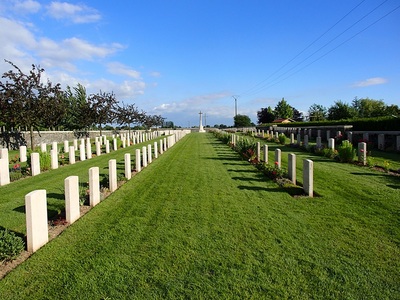 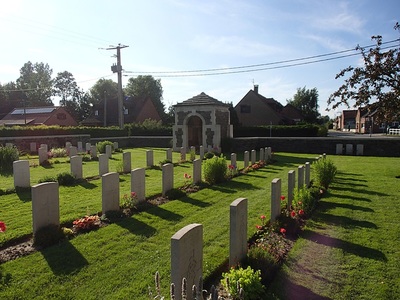 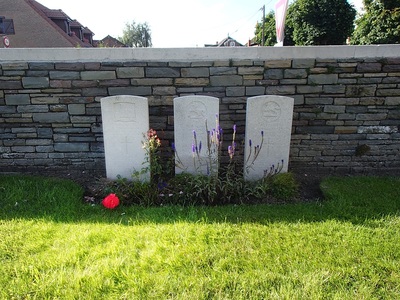 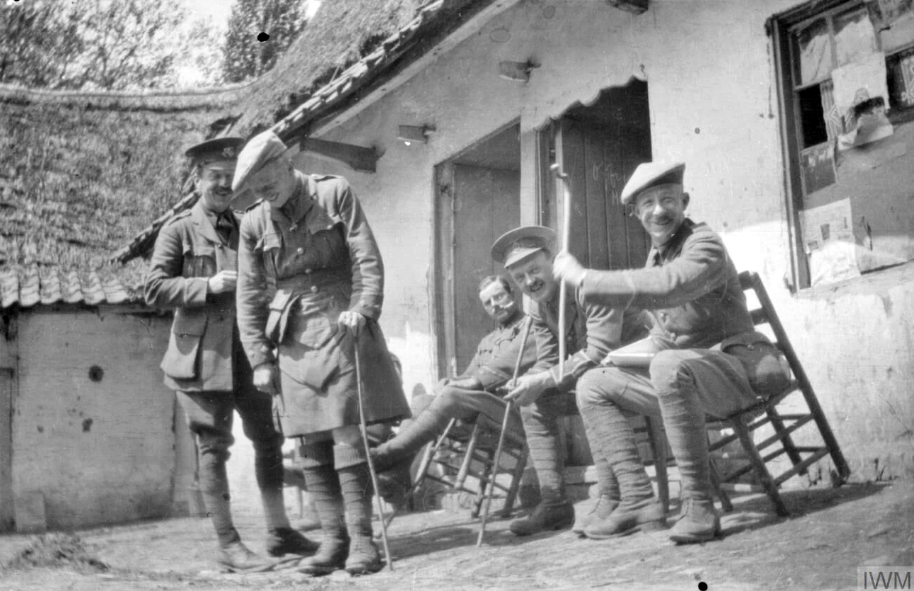 May 1915 - Officers of the 1st Battalion, Seaforth Highlanders in front of their Mess between Vieille-Chapelle and Richebourg, France. © IWM Q 71352

Images in the gallery below - ​© Werner Van Caneghem 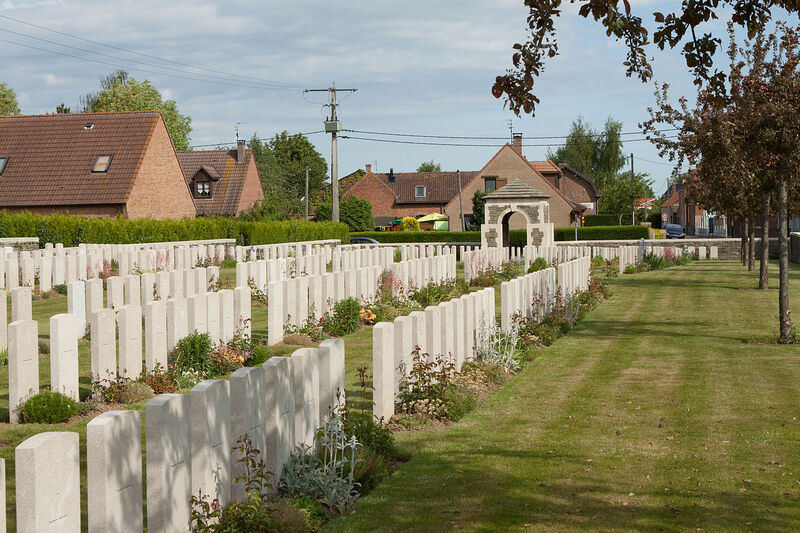 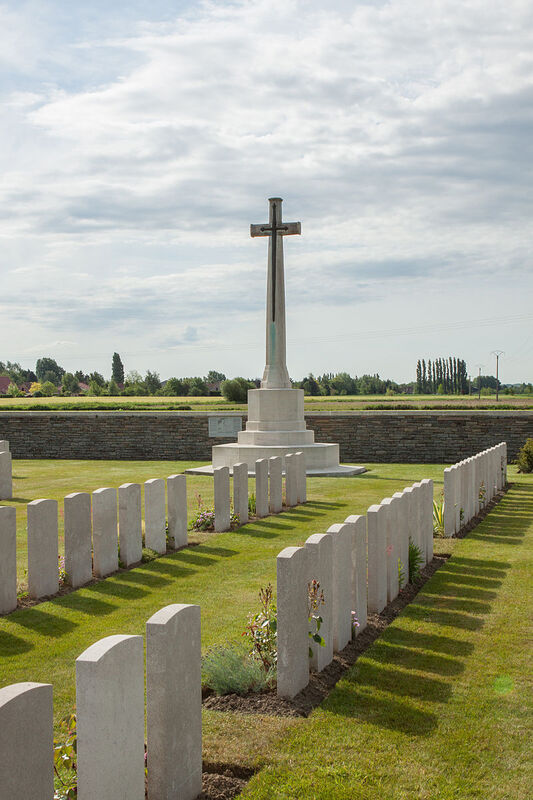 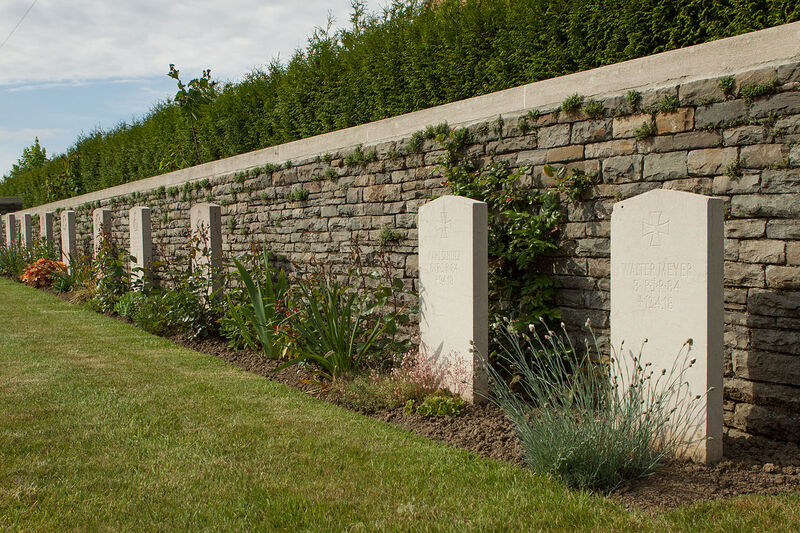 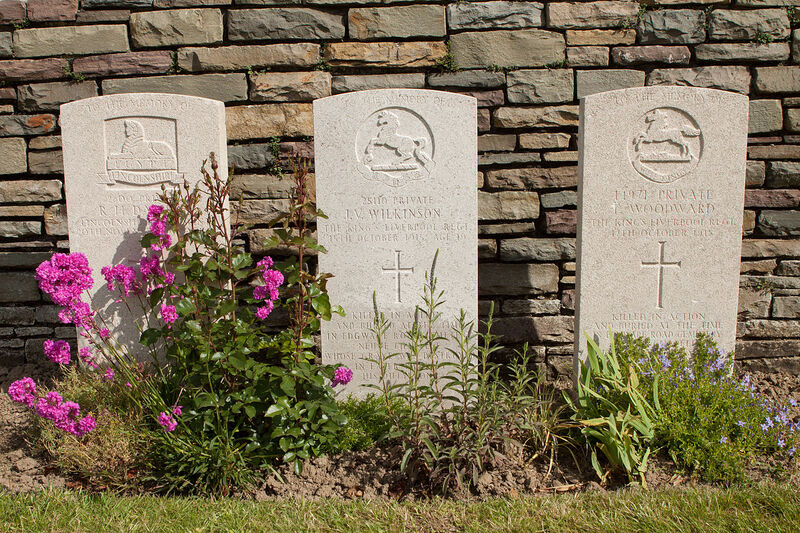 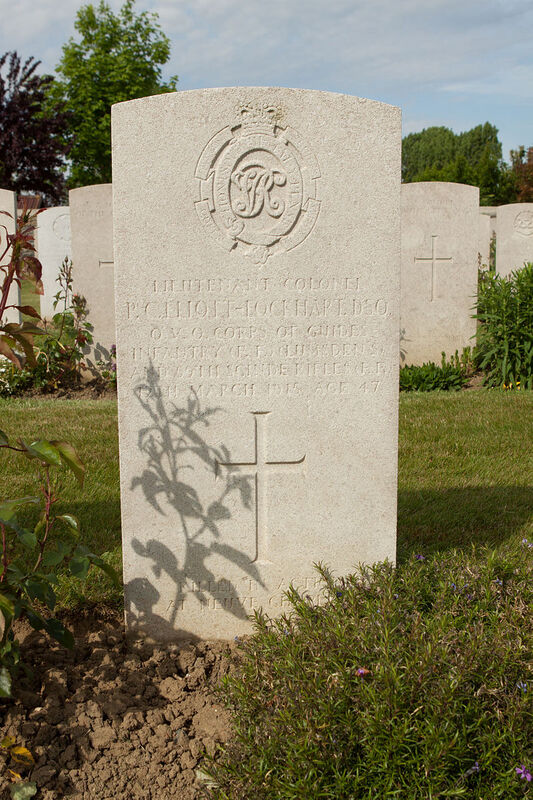 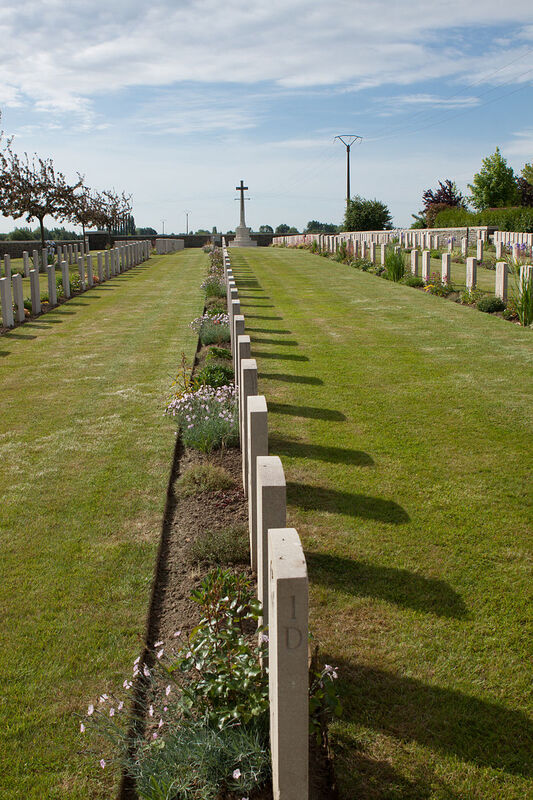 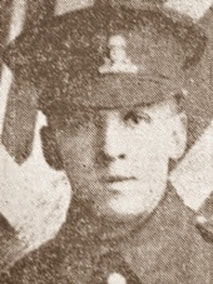 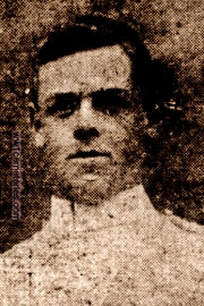 ​His headstone bears the inscription: "Ever Remembered By All, R. I. P." 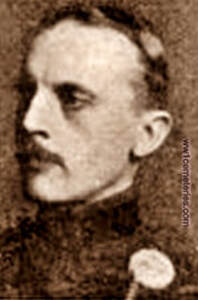 His headstone bears the inscription: "Greater Love Hath No Man." 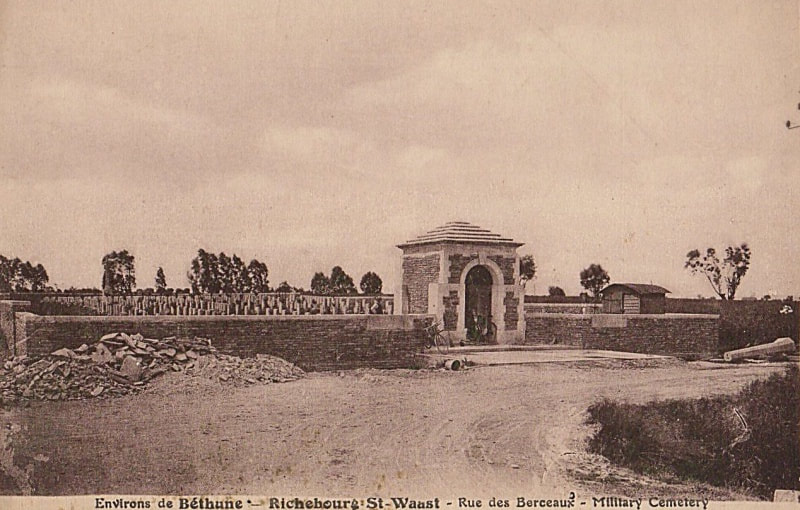 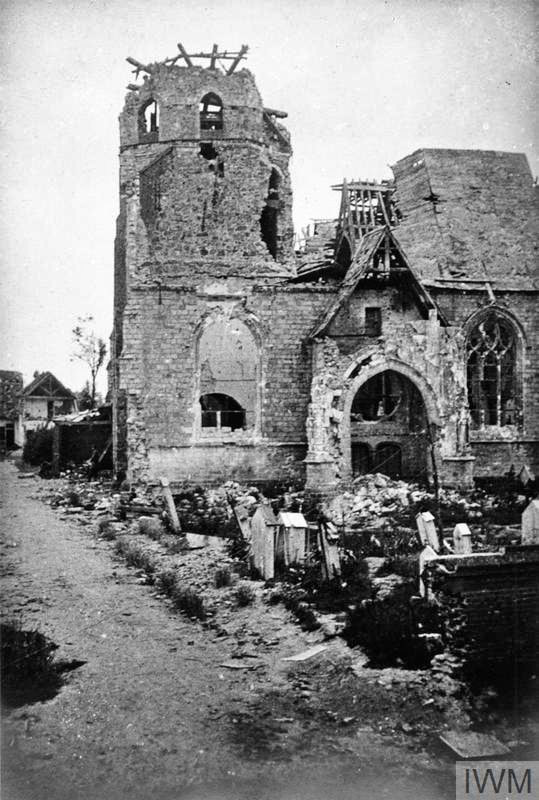 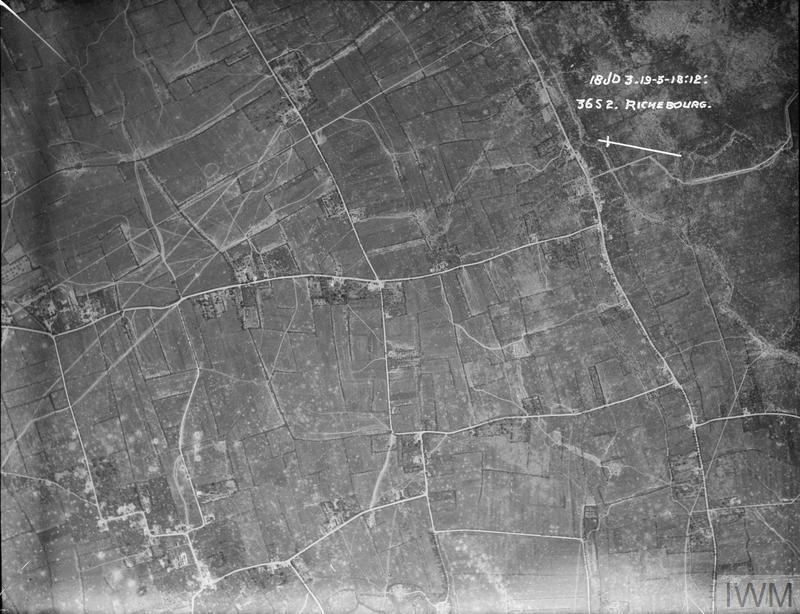