Laventie is a village some 6 kilometres south-west of Armentieres and 11 kilometres north of La Bassee. Leave Laventie on the D174 at the junction with the D169, which is 2 kilometres from the church. Turn left and Rue-du-Bacquerot (13th London) Graveyeard Cemetery is 200 metres on the left hand side of the road.

The 13th London Graveyard was begun by the 1st Royal Irish Rifles in November 1914, and during and after the following December graves of the 13th London Regiment (The Kensingtons) were added. The cemetery was closed in July 1916. It was known also as the Red House Cemetery from a ruined house, now rebuilt, on the South side of the road.

There are 192 Commonwealth burials of the 1914-18 war commemorated in this site, 1 of which is unidentified.

The cemetery covers an area of 1,516 square metres and is enclosed by rubble walls. 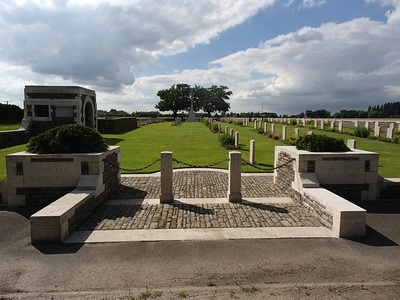 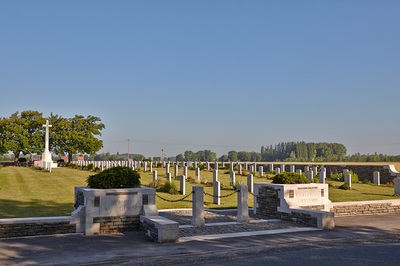 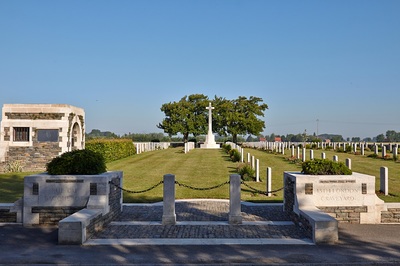 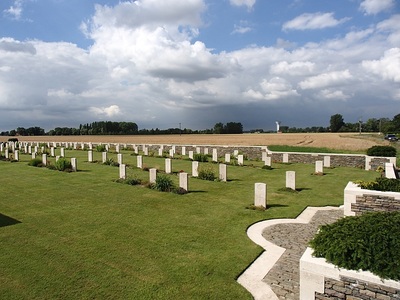 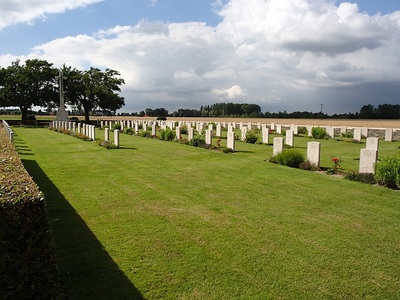 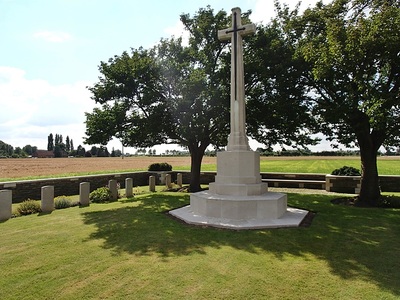 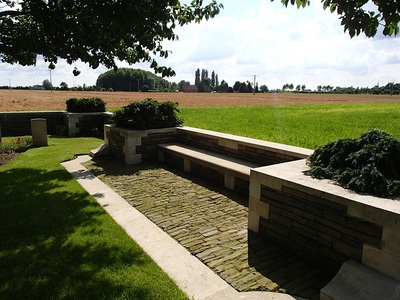 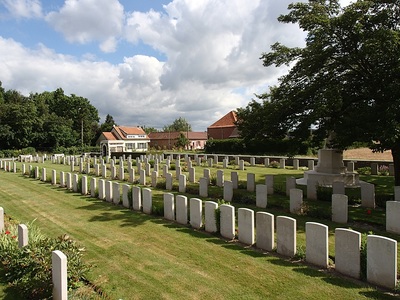 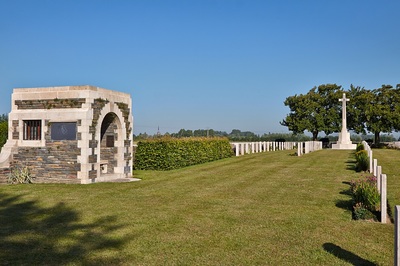 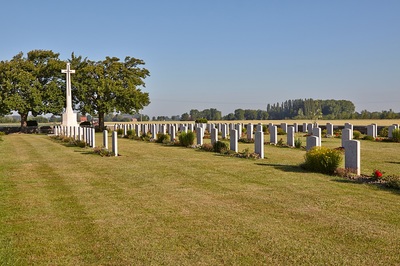 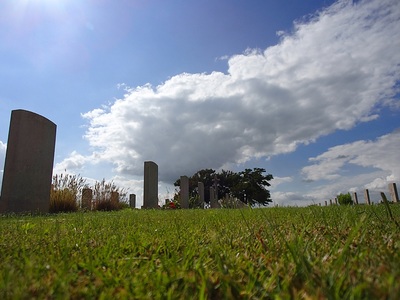 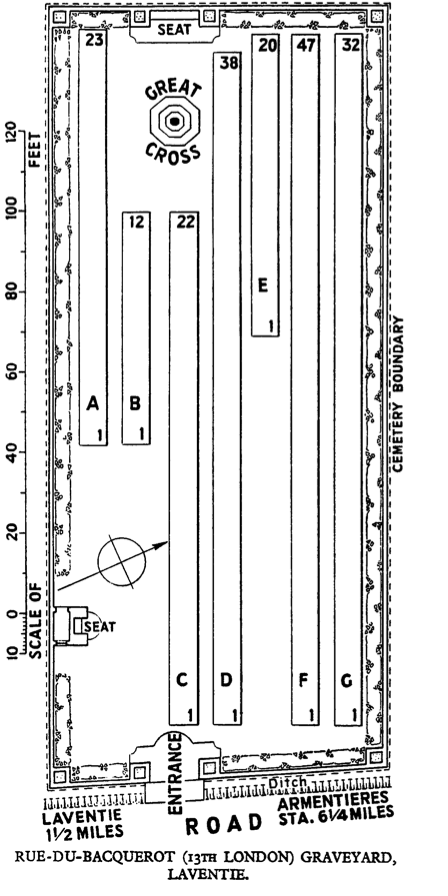 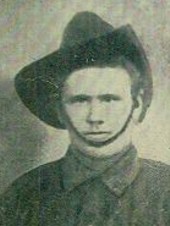 Two other Shaw brothers are commemorated on the Villers-Bretonneux Memorial 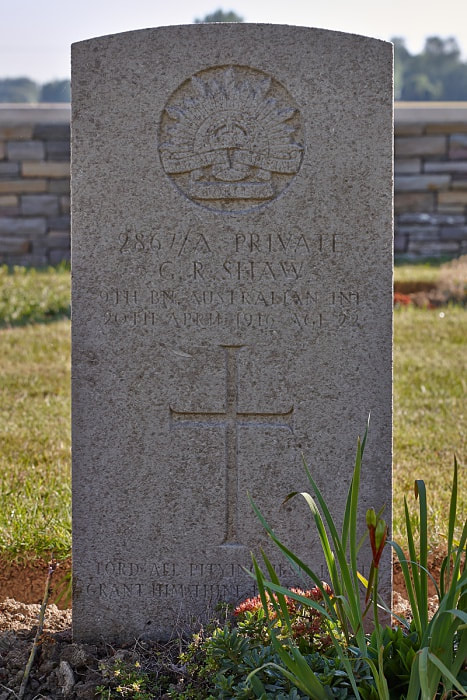 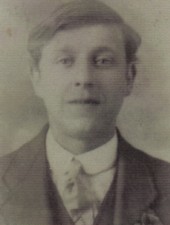 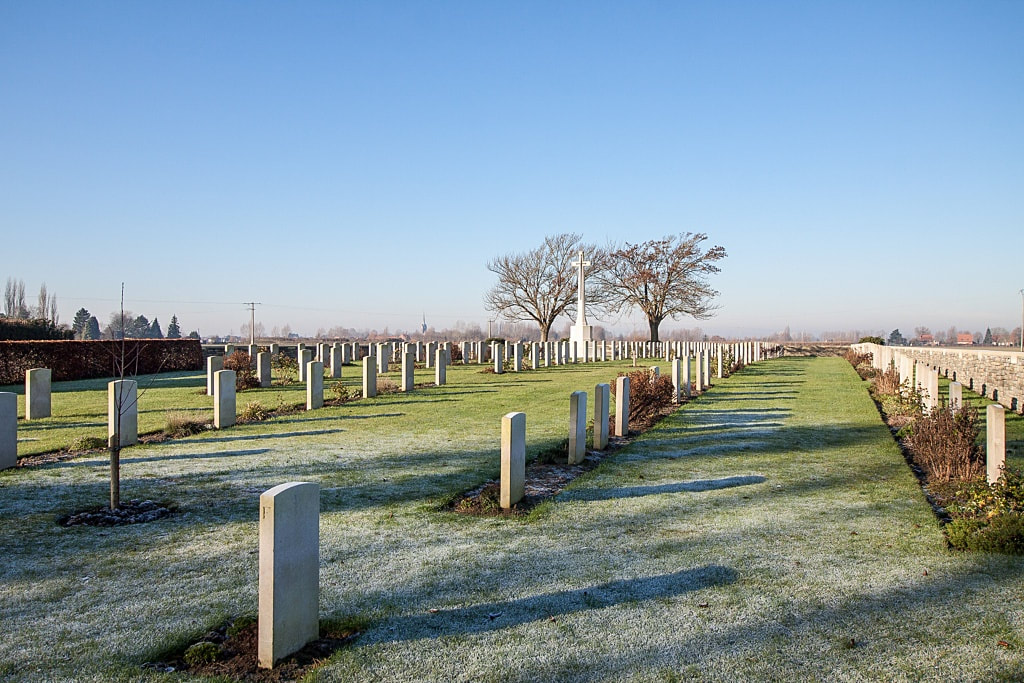 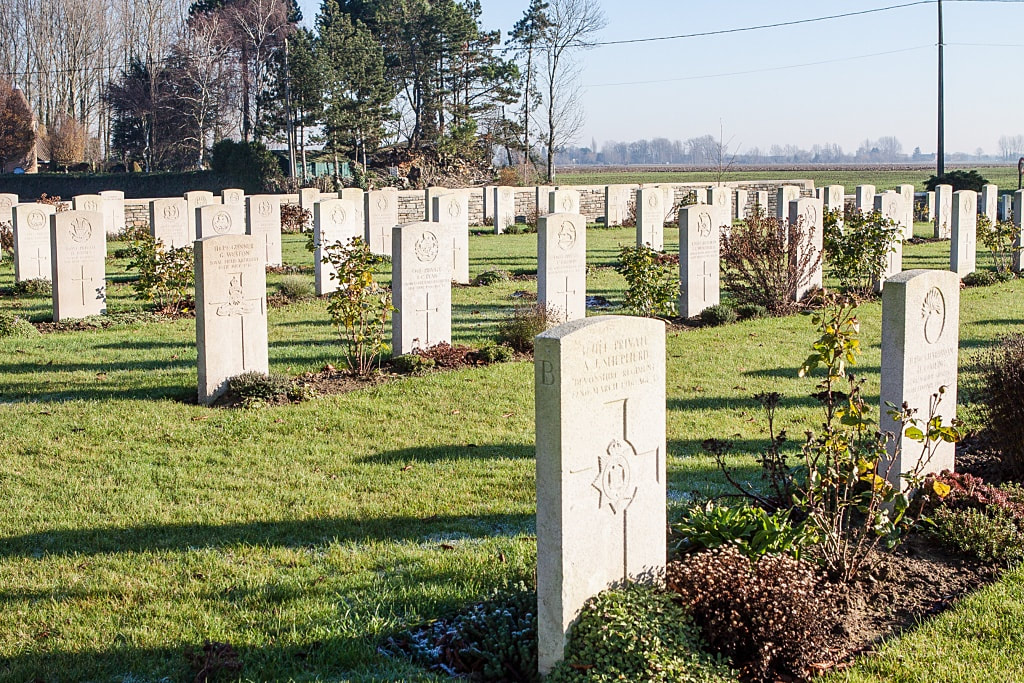 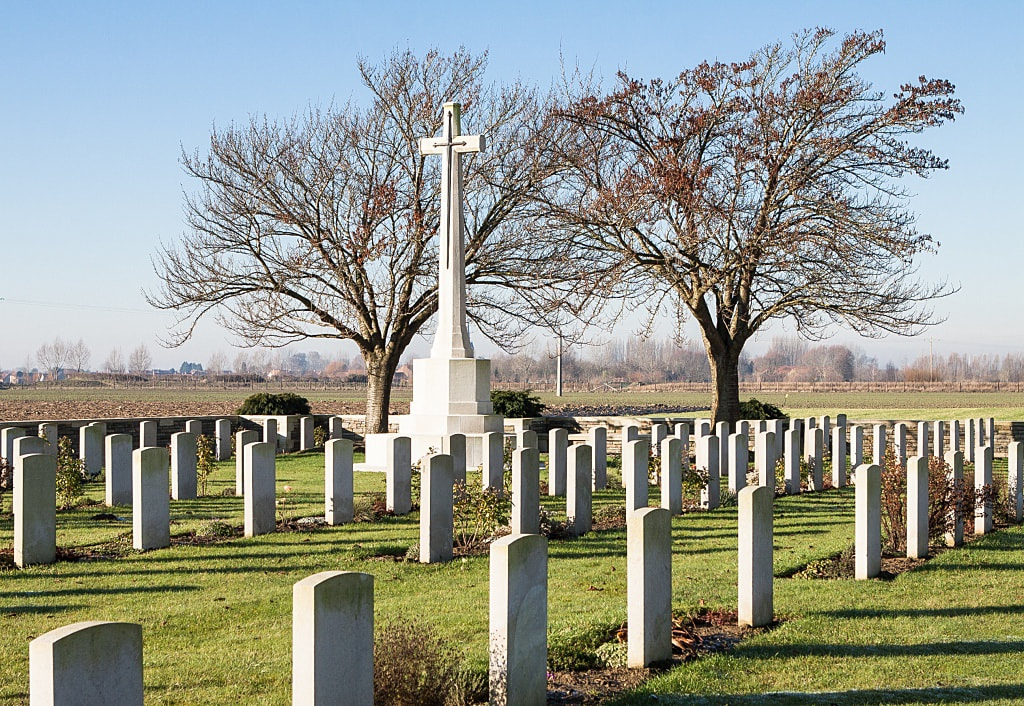 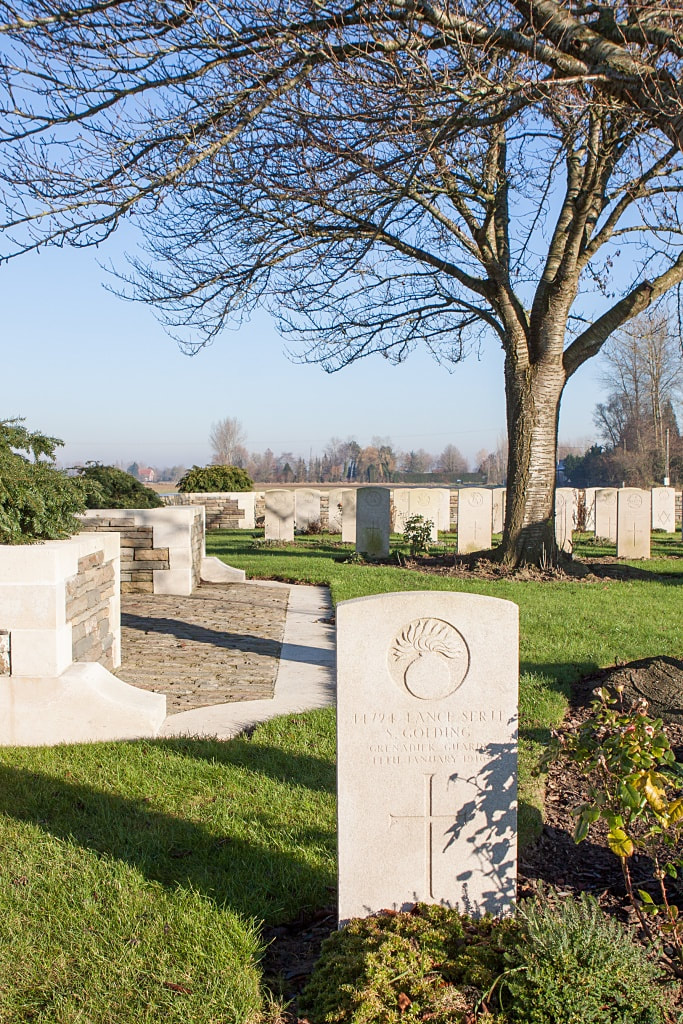 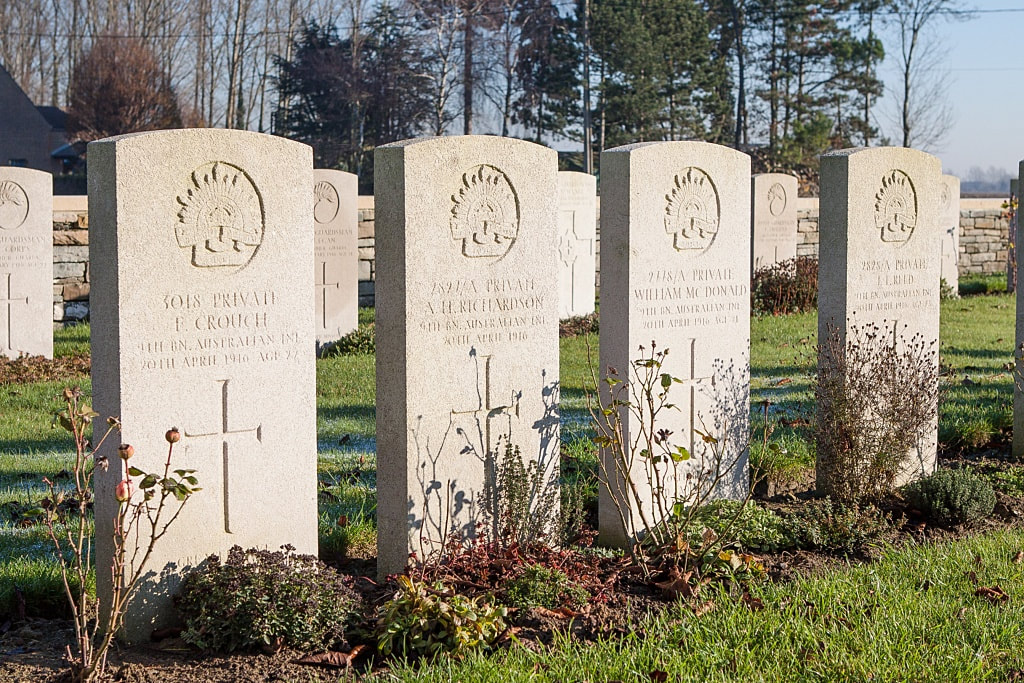 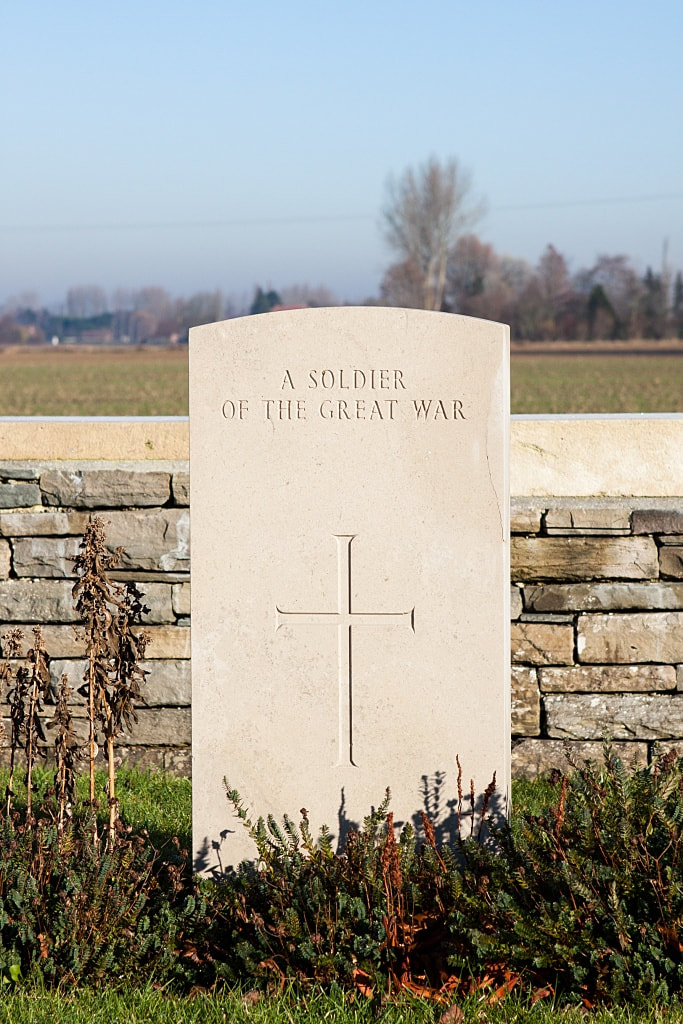 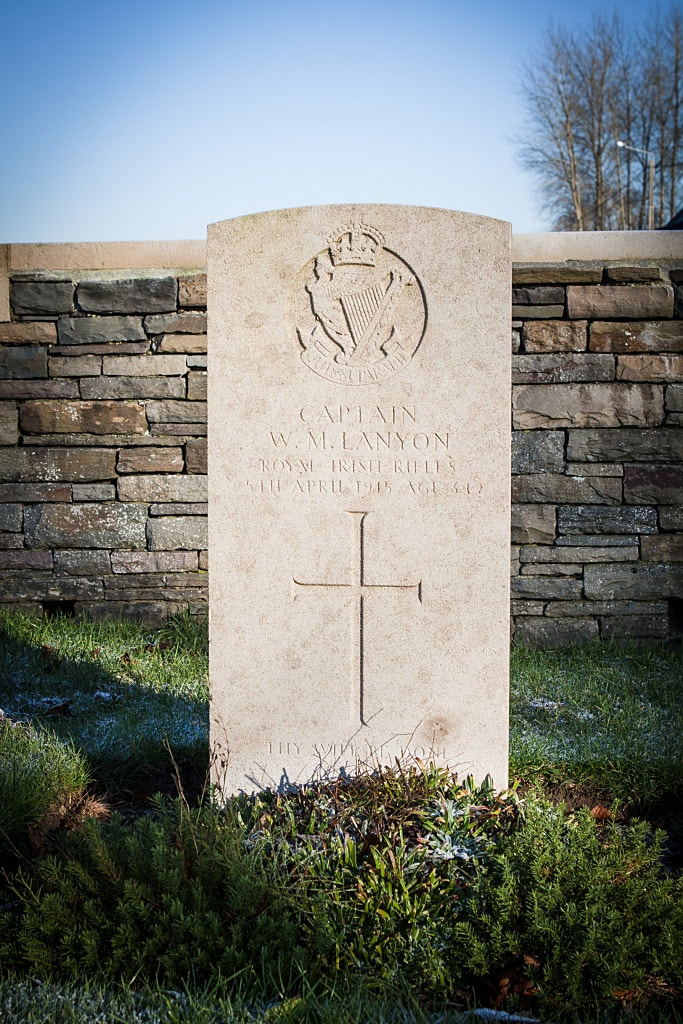