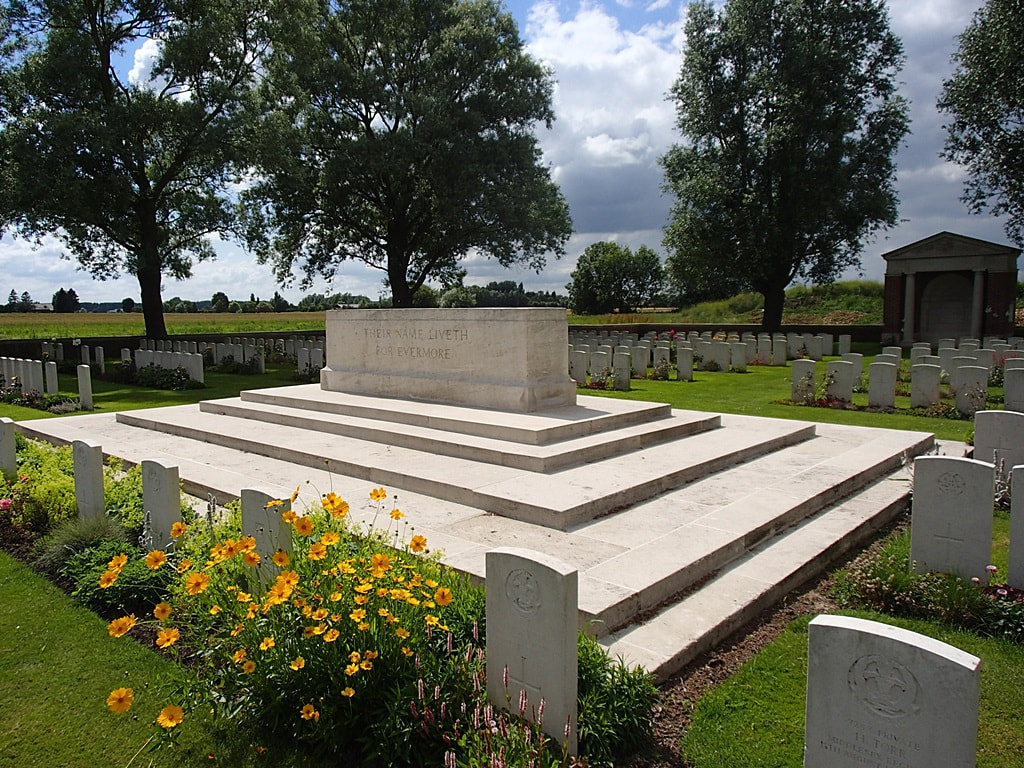 The village was in Allied hands during the greater part of the war but it was captured by the Germans on 9 April 1918 after a very gallant defence by the 12th Suffolks. It remained within the German lines until the following September.

The original Rue-du-Bois Cemetery, now comprising Plot I and Rows A and B of Plot II, was begun in November 1914 and used until December 1916. It was reopened in January 1918, and again in October. The majority of the graves were Australian, with Plot I, Row B, containing the graves of 27 soldiers of the 5th Australian Division who died in the Attack at Fromelles (19-20 July 1916).

Plot II, Row A contains two big graves into which, about the time of the Armistice, the remains of soldiers of the 5th Australian Division and the 2nd/1st Bucks Battalion were brought from the battlefield of Fromelles. The number of the dead in these graves is not certain, but it is believed that the Australian grave contains 22 bodies and the Bucks grave 52.

The cemetery was enlarged after the Armistice when 423 graves were brought in from the surrounding battlefields and from certain small cemeteries, including:-

LAVENTIE GERMAN CEMETERY, which was on the road going North from Laventie Village. The graves of 19 soldiers from the United Kingdom were found in this cemetery. The German graves were moved to Sailly-sur-la-Lys German Cemetery.

PICANTIN POST CEMETERIES, LAVENTIE, was in the fields West of Picantin. These were two graveyards made in 1915, each containing the graves of 25 soldiers from the United Kingdom.

TILLELOY CEMETERY, was near the road between Picantin and Le Tilleloy. It contained the graves of 27 soldiers from the United Kingdom.

Rue-du-Bois Cemetery now contains 845 Commonwealth burials and commemorations of the First World War. 395 of the burials are unidentified but there are special memorials to 13 casualties known or believed to be buried among them. There is also one German grave. 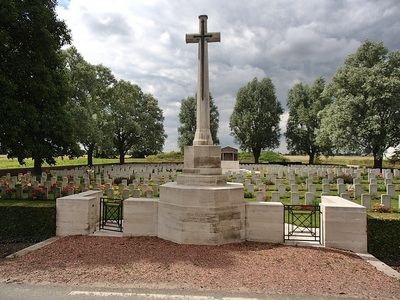 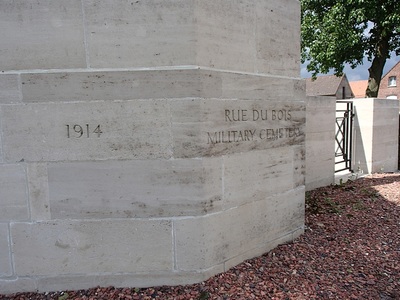 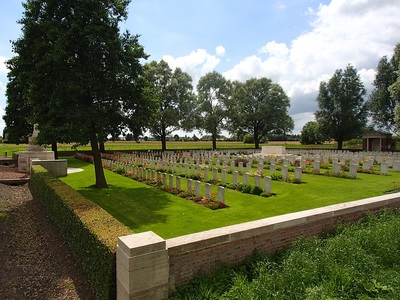 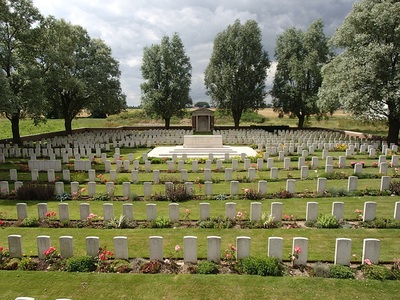 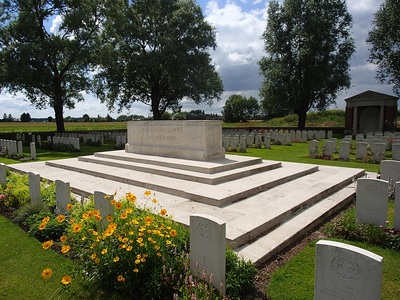 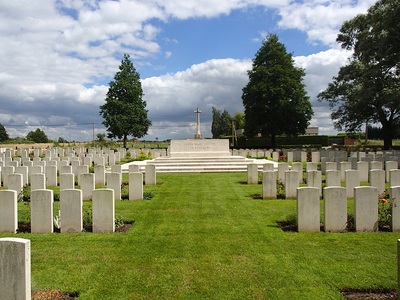 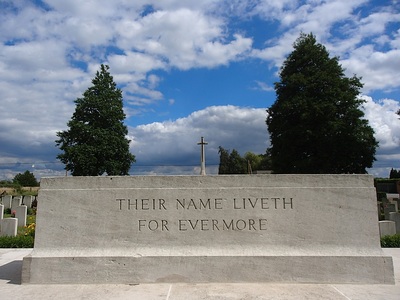 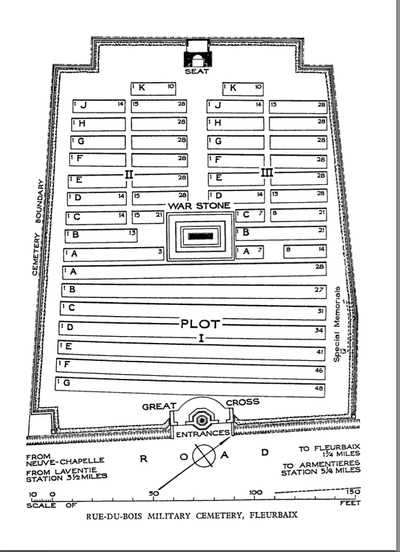 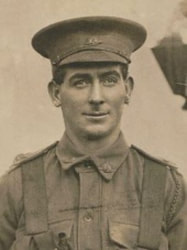 Jack was born on 14th November 1890 at Essendon, Victoria, Australia and he enlisted in Western Australia on 13th February 1915. He served in Gallipoli with “A” Company, 28th Battalion, AIF and France with “C” Company, 51st Battalion, AIF. He died on 27th June 1916, when he was accidentally shot by a sentry while returning from a listening post. Two brothers also served, Richard Canfield Brown - Jack’s twin brother - and Robert Leslie Brown his younger brother.

​His headstone bears the inscription: "Love And Remembrance Live For Ever Mother." 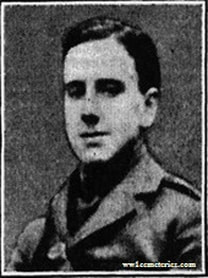 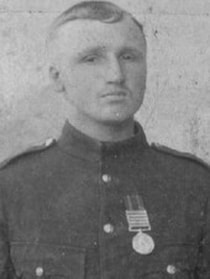 Picture courtesy of Ron Matthews, grandson of this soldier 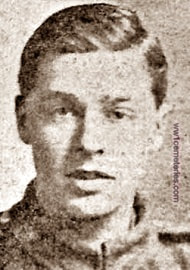 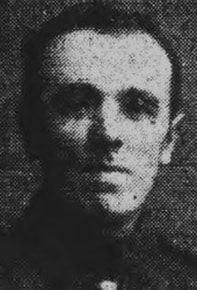 His headstone bears the inscription: "Gone But Not Forgotten." 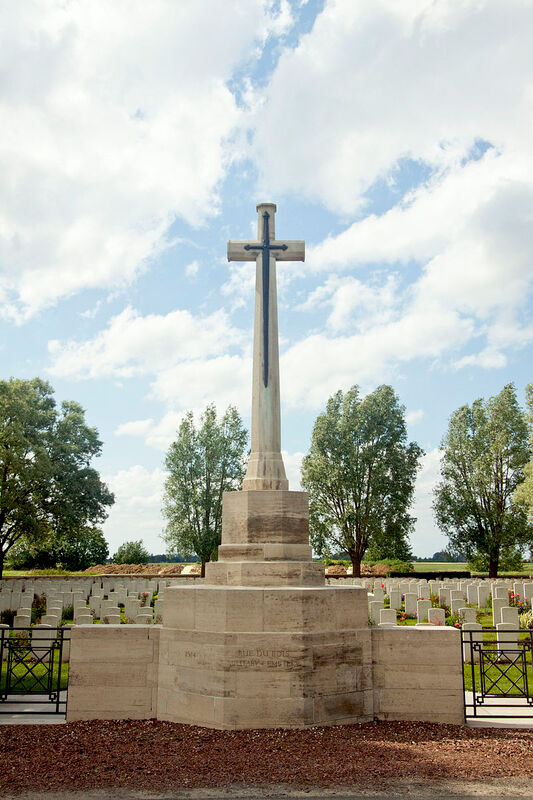 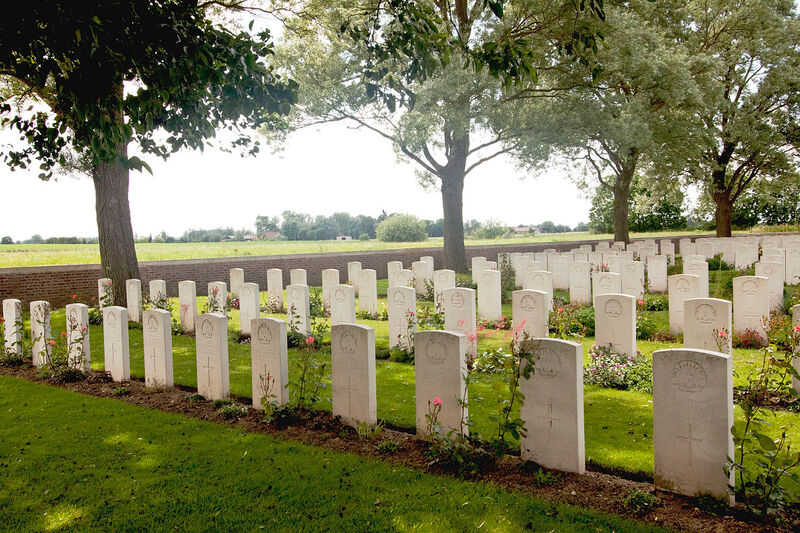 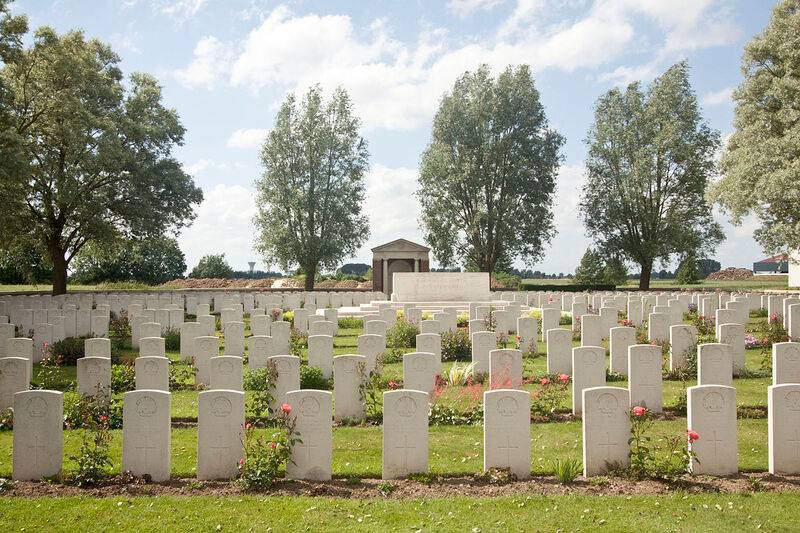 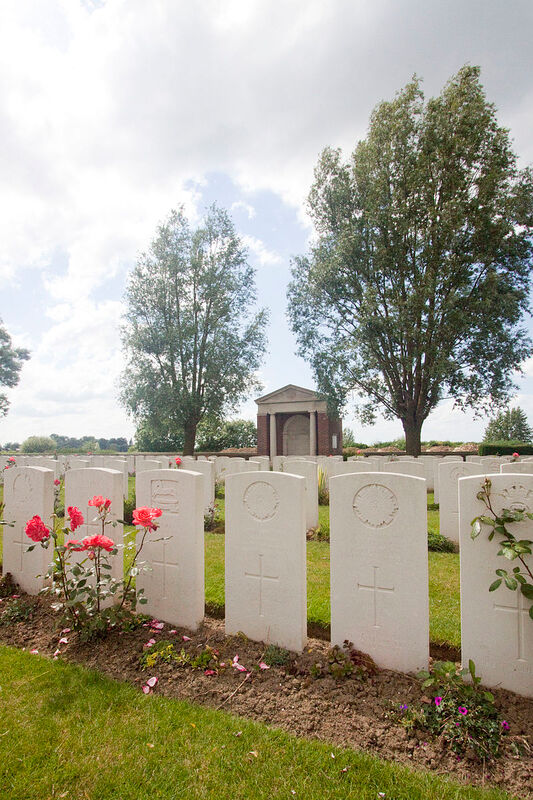 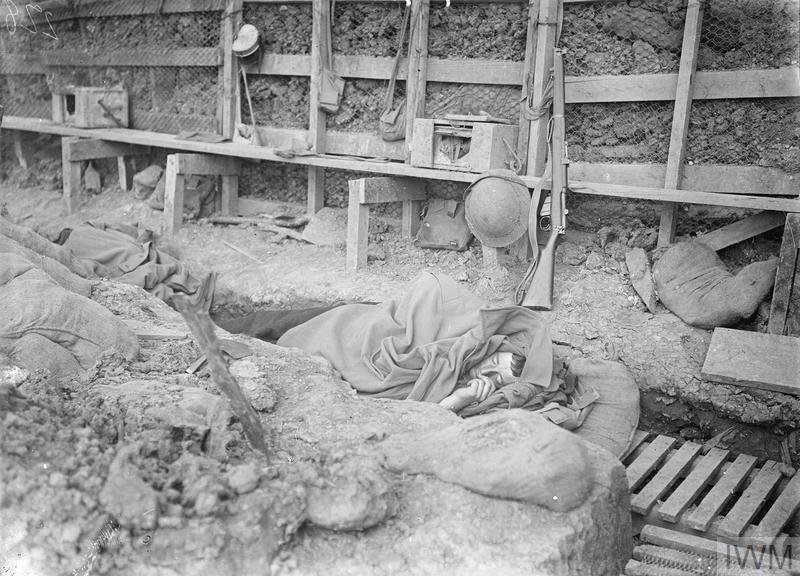 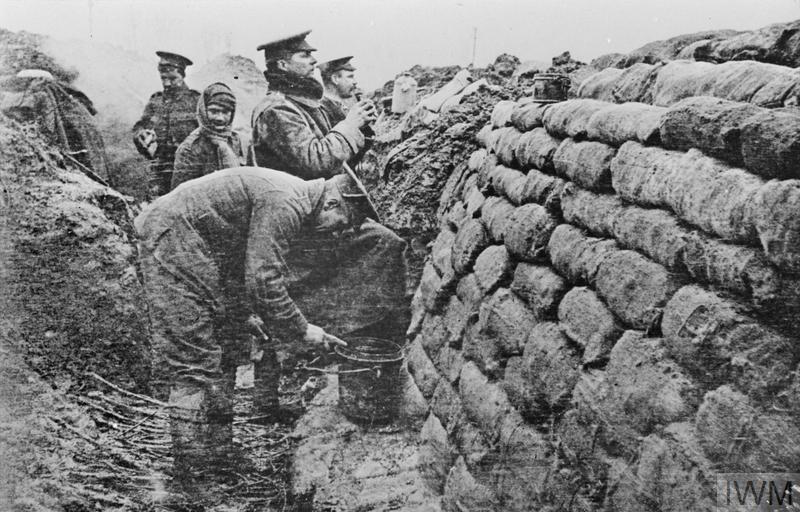 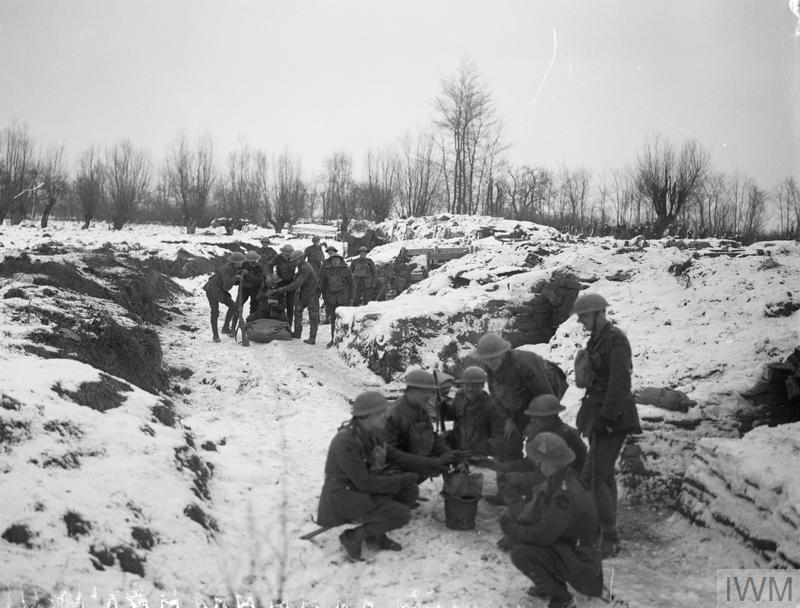 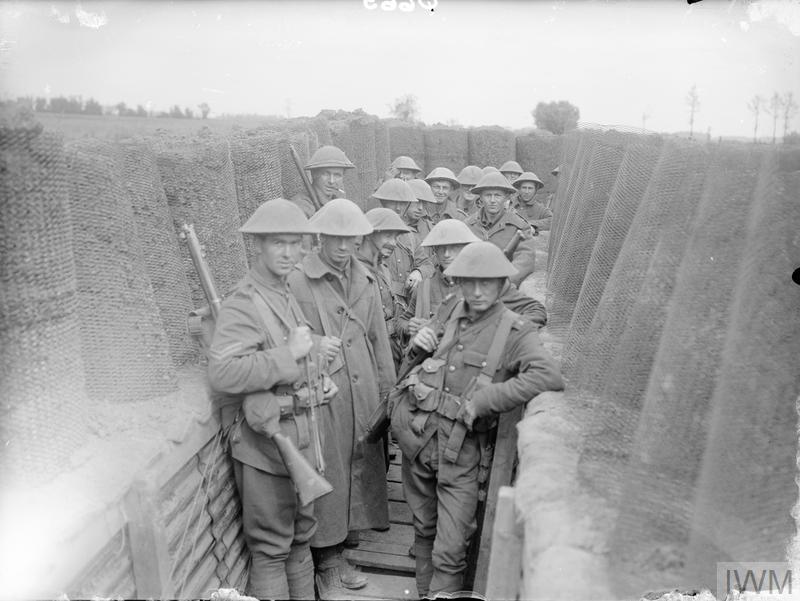 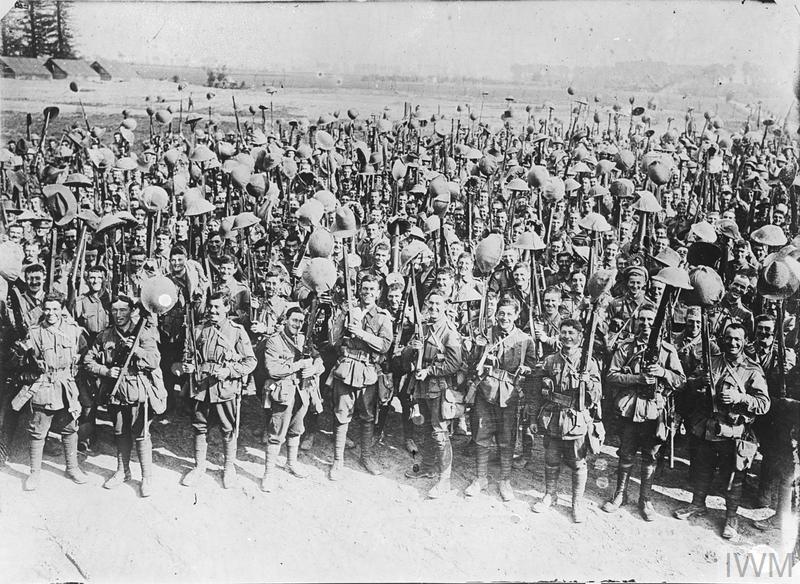