Fouquereuil is a small village in the Department of the Pas- de-Calais between Bethune and Bruay la Buissiere. Leave the village on the D181 heading towards Gosnay. 1.5 kilometres from the church turn right onto Rue des Potieres. After 200 metres turn left and pass under the Motorway. Sandpits cemetery is 400 metres from the Motorway bridge slightly to the north, on the edge of a woodland.

Wheelchair access to this site is possible via a signposted long grassed path to the service entrance of the cemetery.

The cemetery was begun by XIII Corps at the outset of the German advance in April 1918, and continued to be used by them until September 1918.

There are now 394 First World War burials in the cemetery. 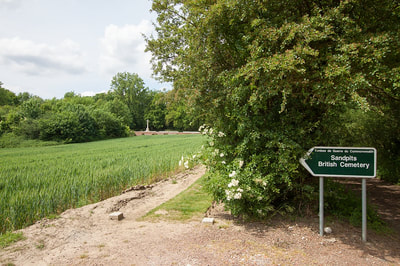 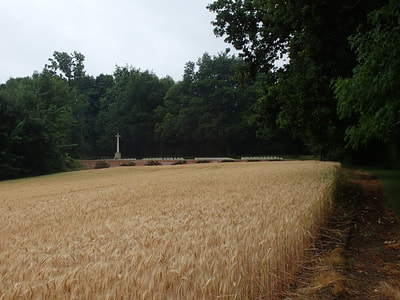 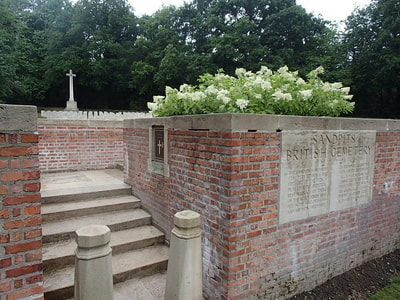 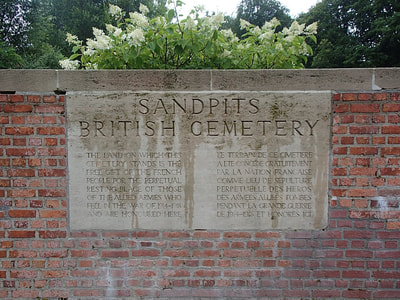 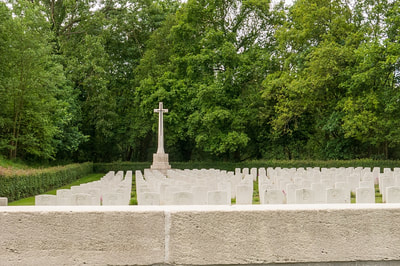 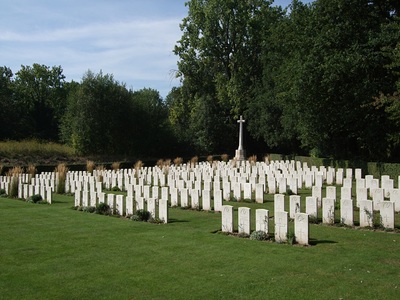 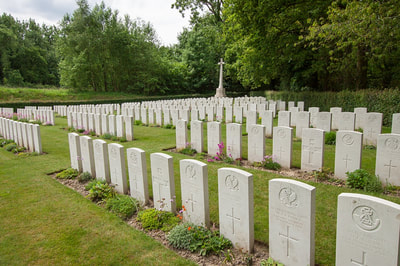 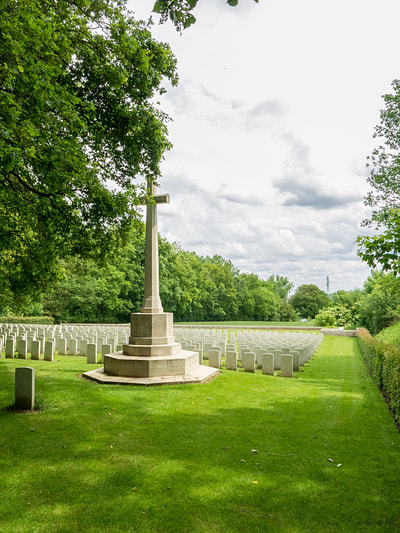 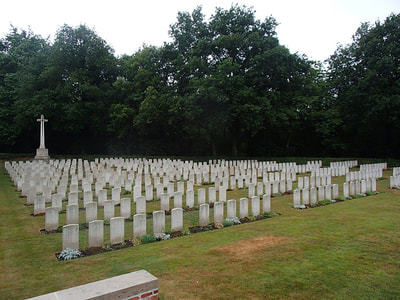 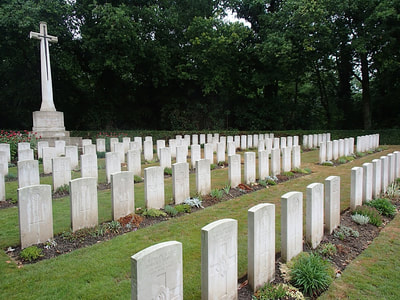 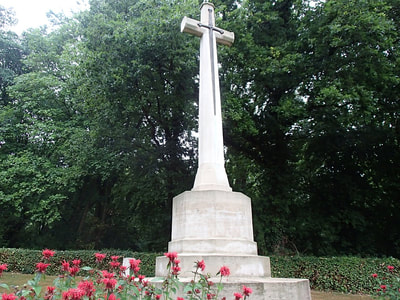 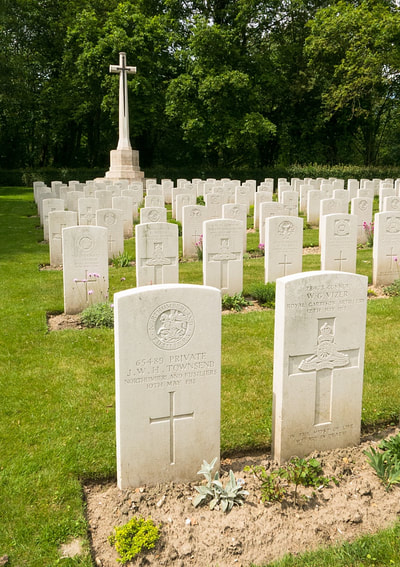 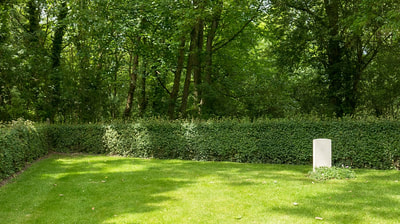 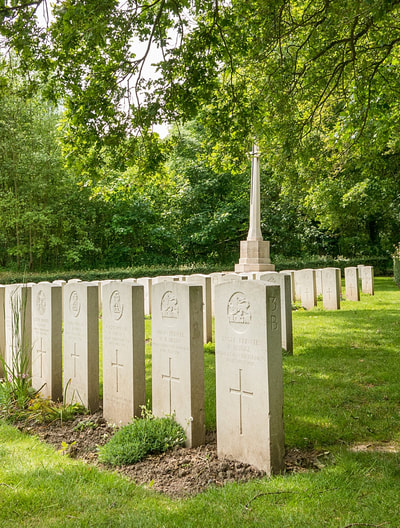 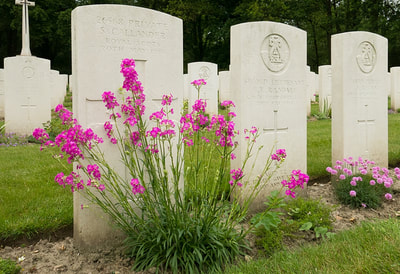 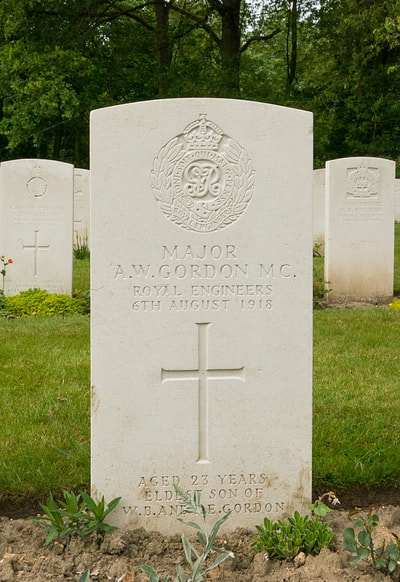 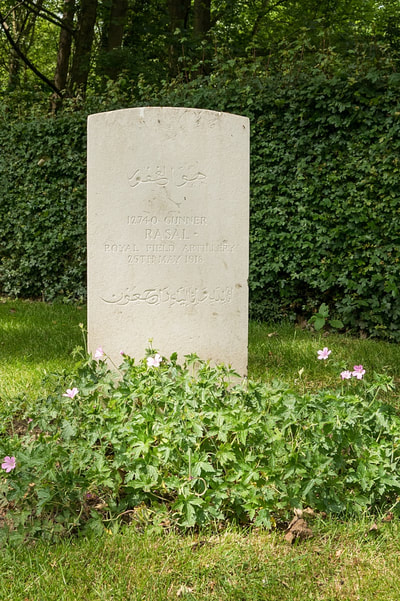 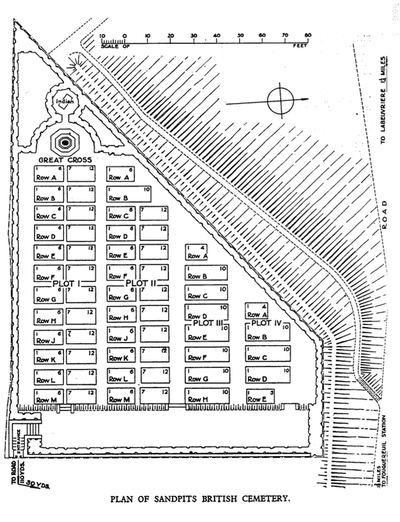 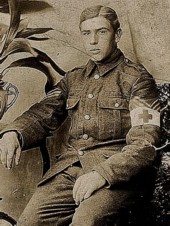 Picture courtesy of  Judith Marshall - his sister Elsie Eleanor Simpson was my grandmother, and I so wish I had been able to trace him for her.  She died aged 102 in Middlesbrough.
Shot at Dawn

15161 Private Patrick Murphy, 47th Bn. Machine Gun Corps, executed for desertion 12th September 1918, plot 4. E. 5. He had served for most of the war, but it seems he was convicted of desertion on 3 separate occasions.  Murphy went to his execution, the RC Padre reported,’wonderfully calm & resigned’. (Putkowski,pp.258-259) 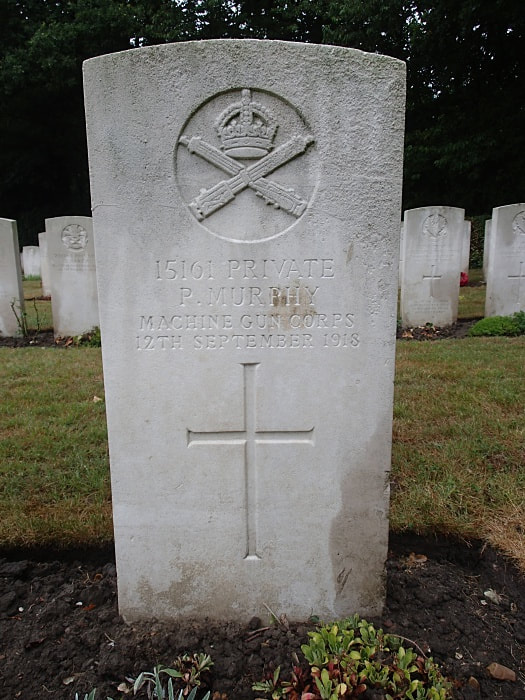