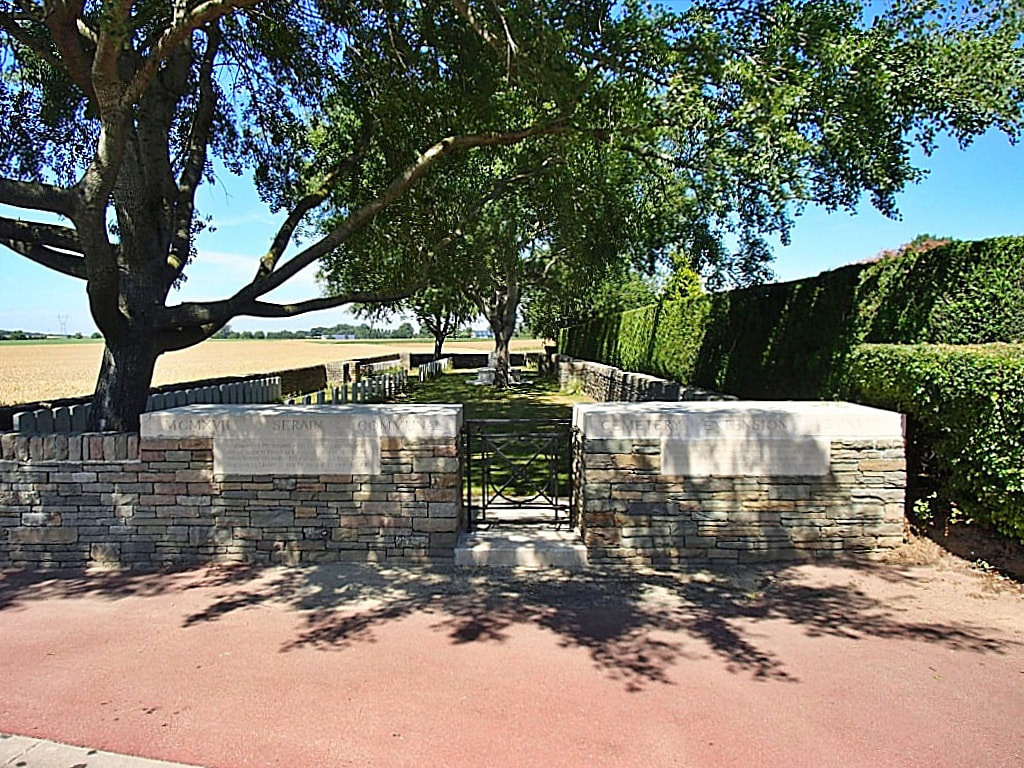 Serain is a village in the Department of Aisne, 19.5 kilometres south-east of Cambrai, and 6.5 kilometres west of Busigny Railway Station. The cemetery is located on the D960.

Serain was captured by the 66th (East Lancashire) Division on the 8th October 1918.

The cemetery covers an area of 630 square metres and is enclosed by a stone rubble wall. 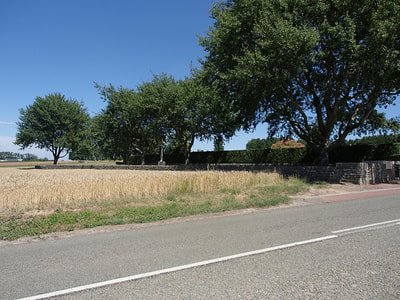 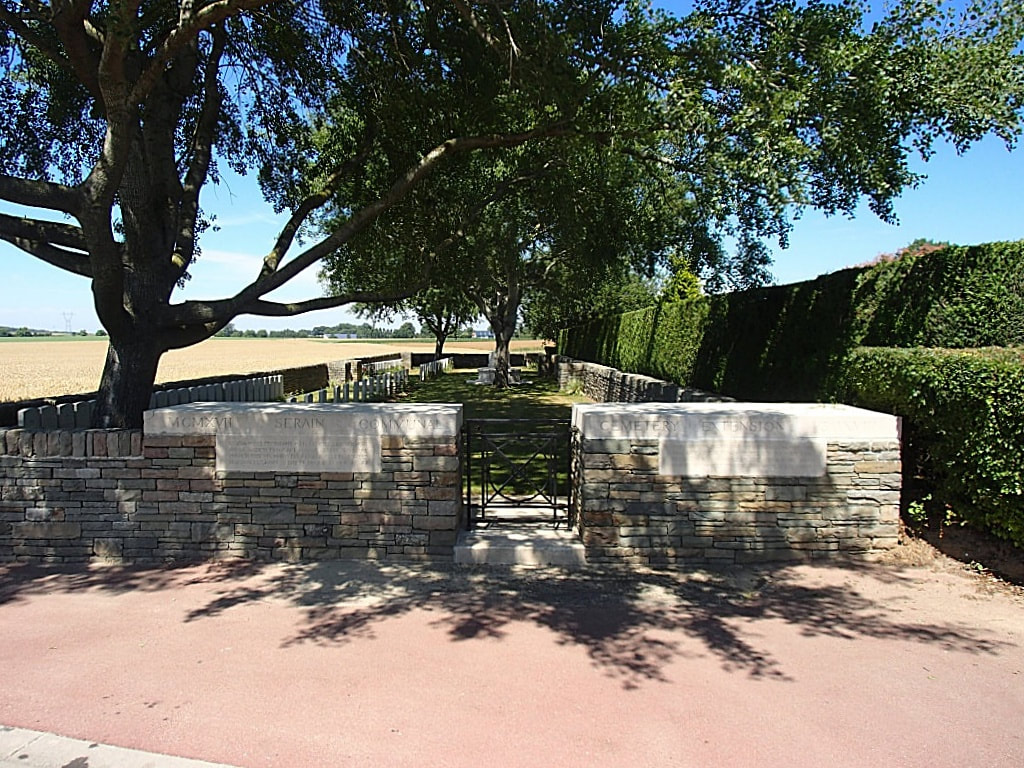 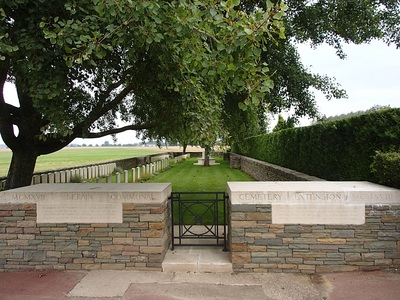 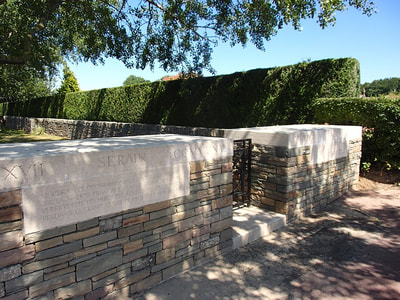 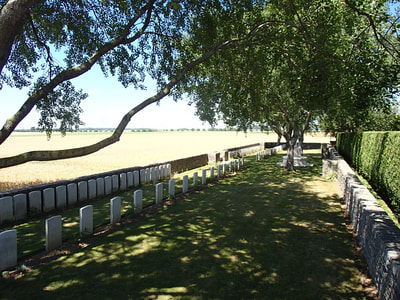 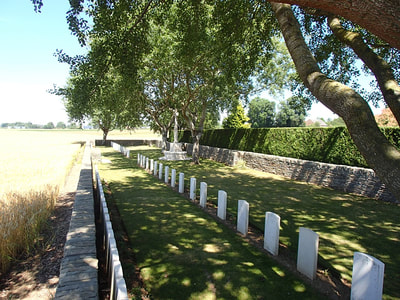 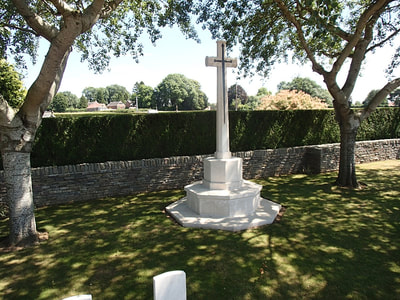 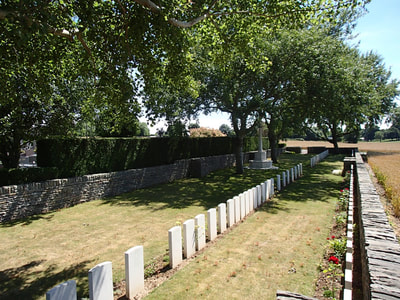 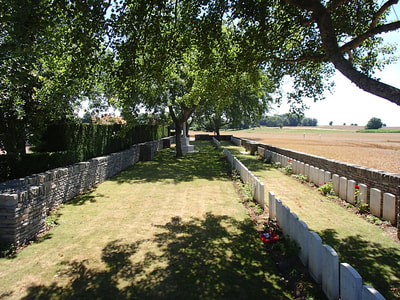 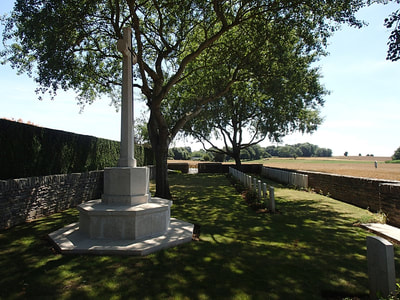 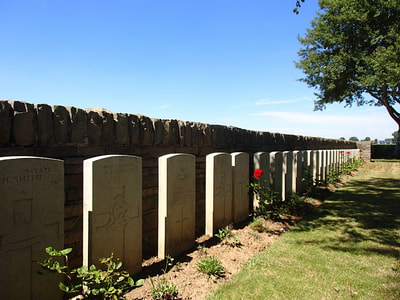 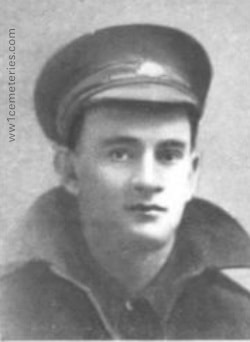 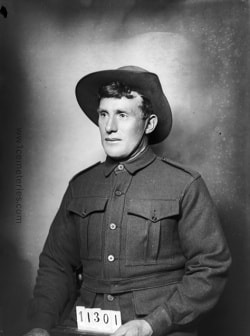 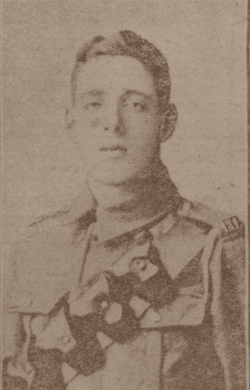 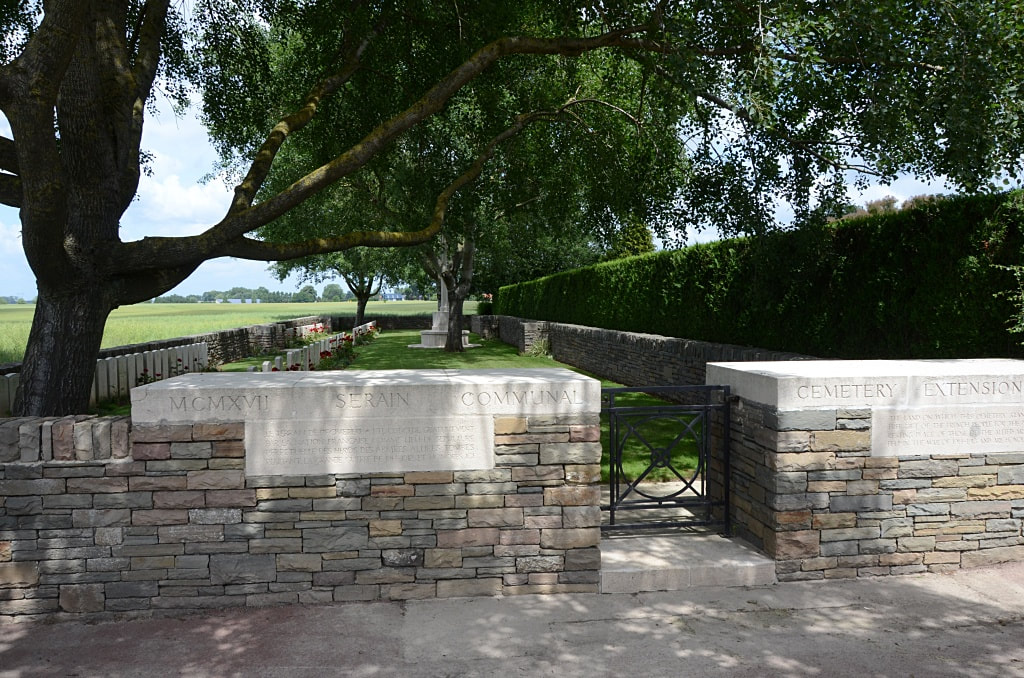 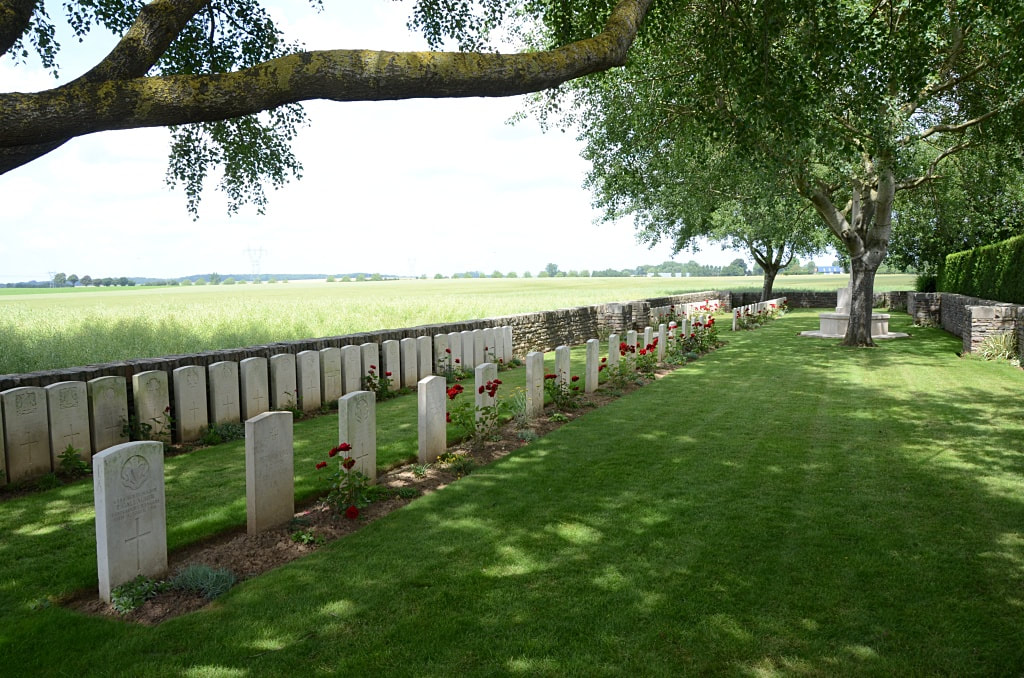 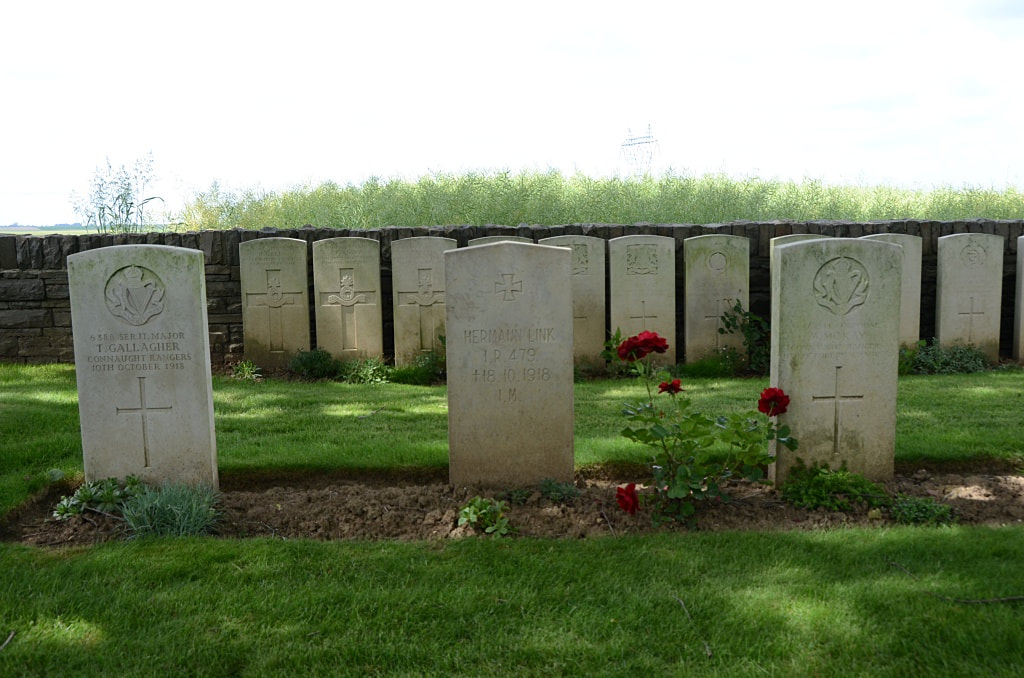 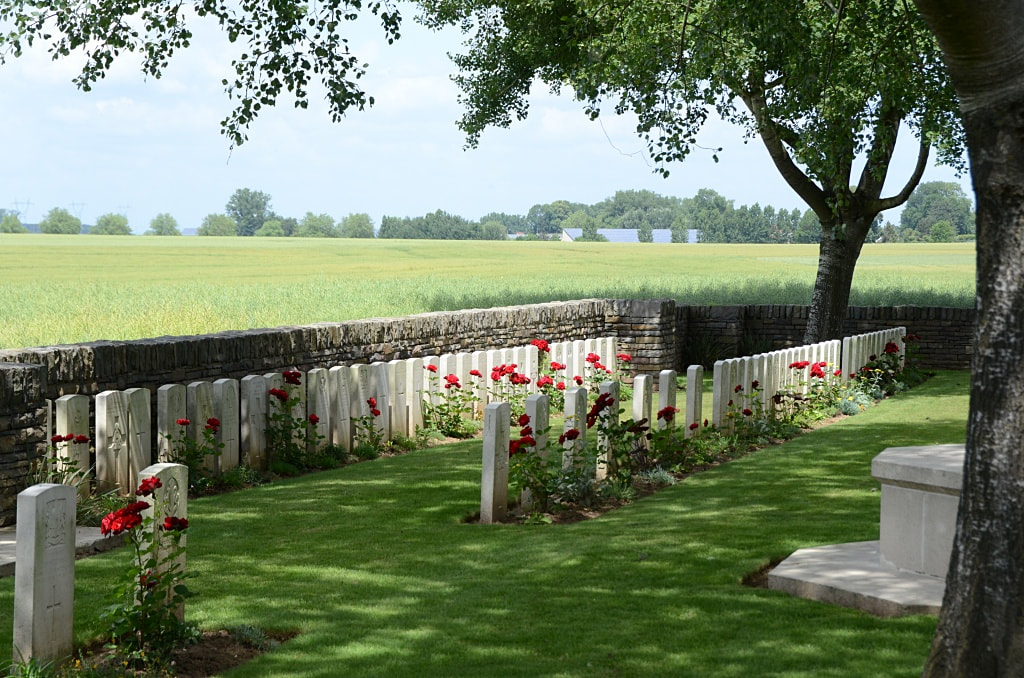 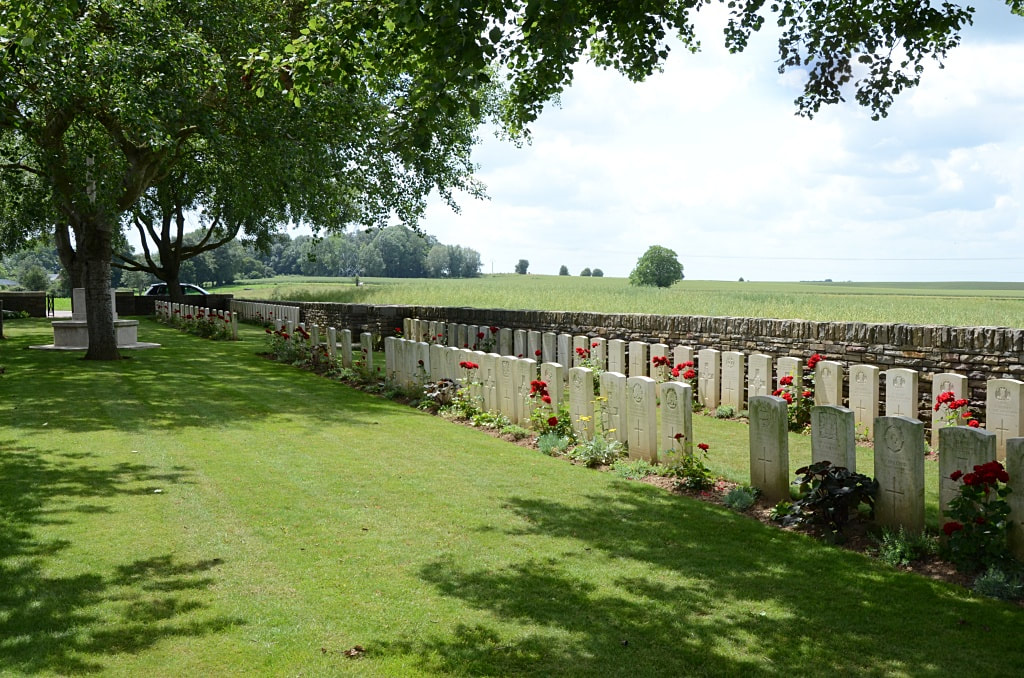