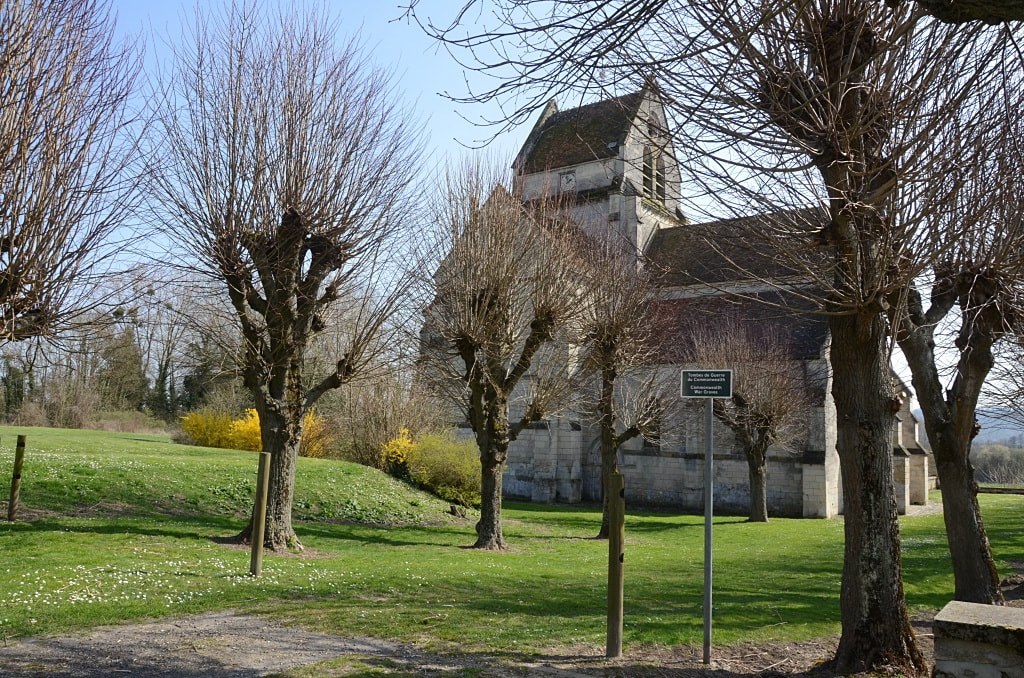 Soupir is a village and commune in the Department of Aisne, Northern France, situated on the northern side of the D925 road from Soissons to Guignicourt, approximately 20 kilometres east of Soissons.

Take the D967 from Laon towards Fismes and after passing the "1st Loyal North Lancs Memorial" at Cerny-en-Laonnois (17 kilometres), and after a further 1.5 kilometres, the Vendresse British Cemetery is on your right followed by the village of Vendresse-Beaulne. Turn right after entering the village along the 'Rue de Beaulne' (D88). Follow this road for 6.5 kilometres until you reach the village of Soupir. The churchyard is behind the church which is on the left side of the main road.

The village was cleared by the Brigade of Guards on 14 September 1914 and on the same day, and for some days later, heavy fighting took place at La Cour de Soupir farm, near the head of the valley north-west of the village. Dressing stations were established at Soupir Chateau and at the farm. The village was in German hands again between 2 and 6 November 1914 and for much of the war it remained very close to the front line.

Soupir Churchyard contains 36 Commonwealth burials of the First World War, Six of which are unidentified. Two graves destroyed by shell-fire are now represented by special memorials. 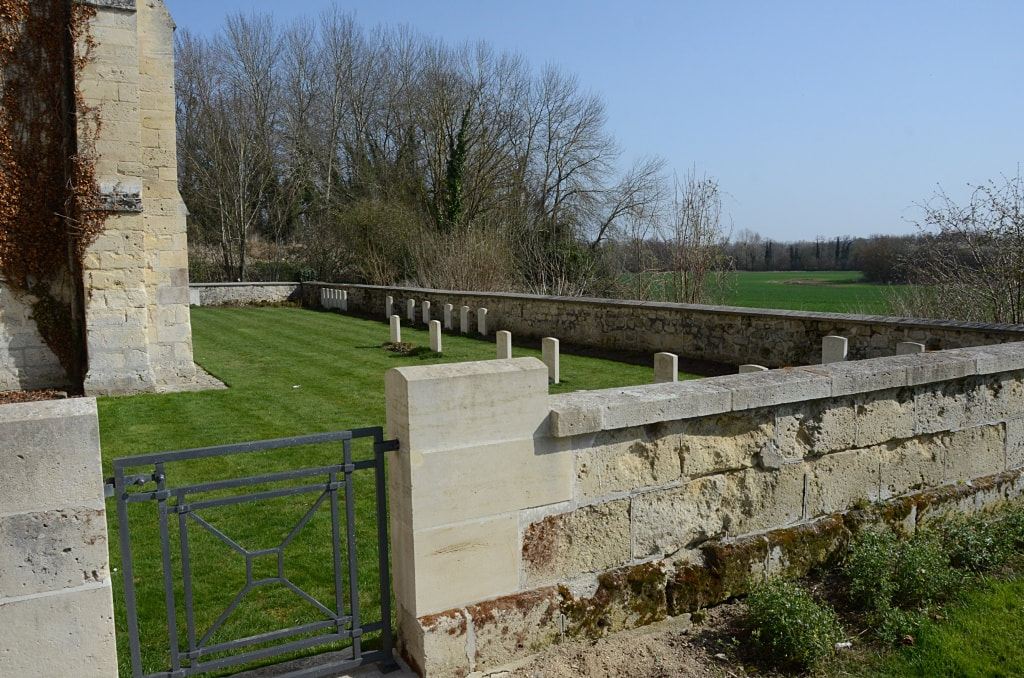 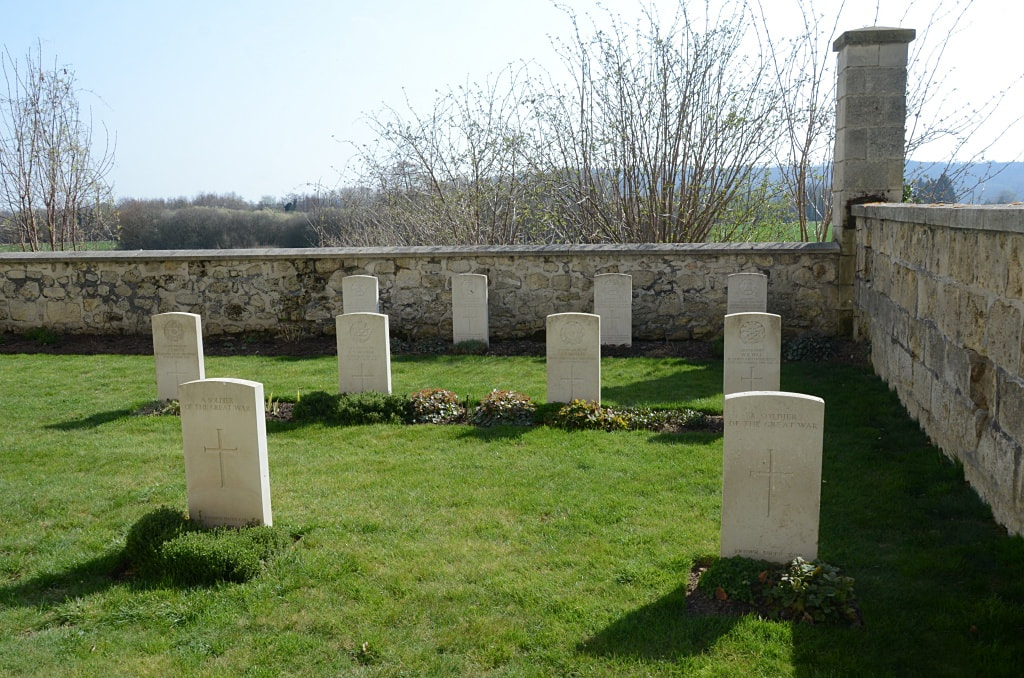 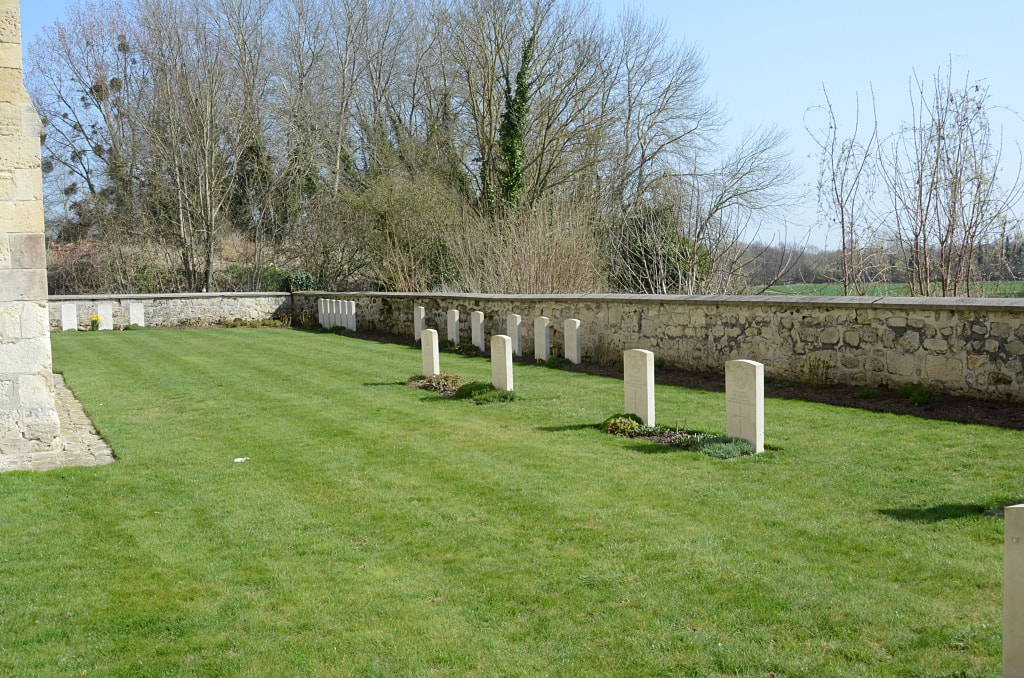 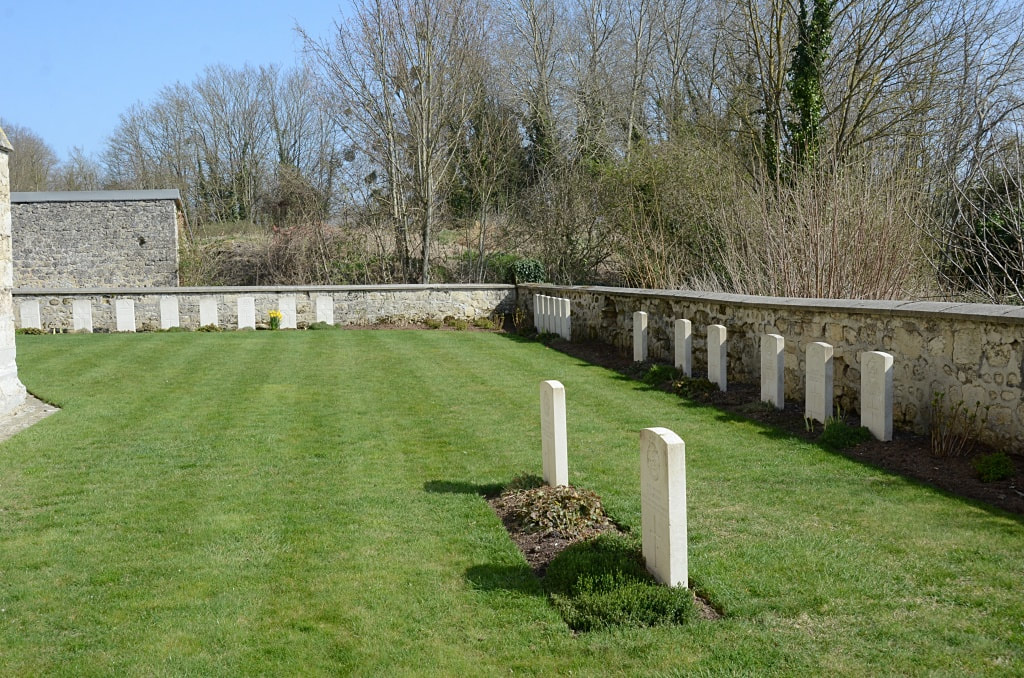 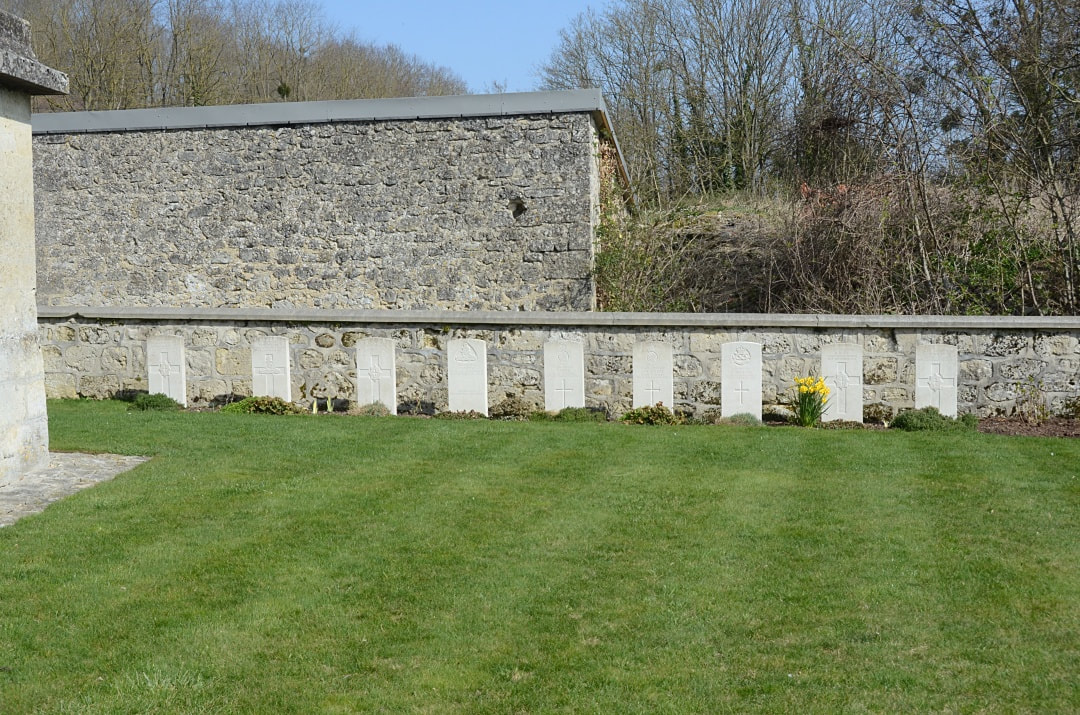 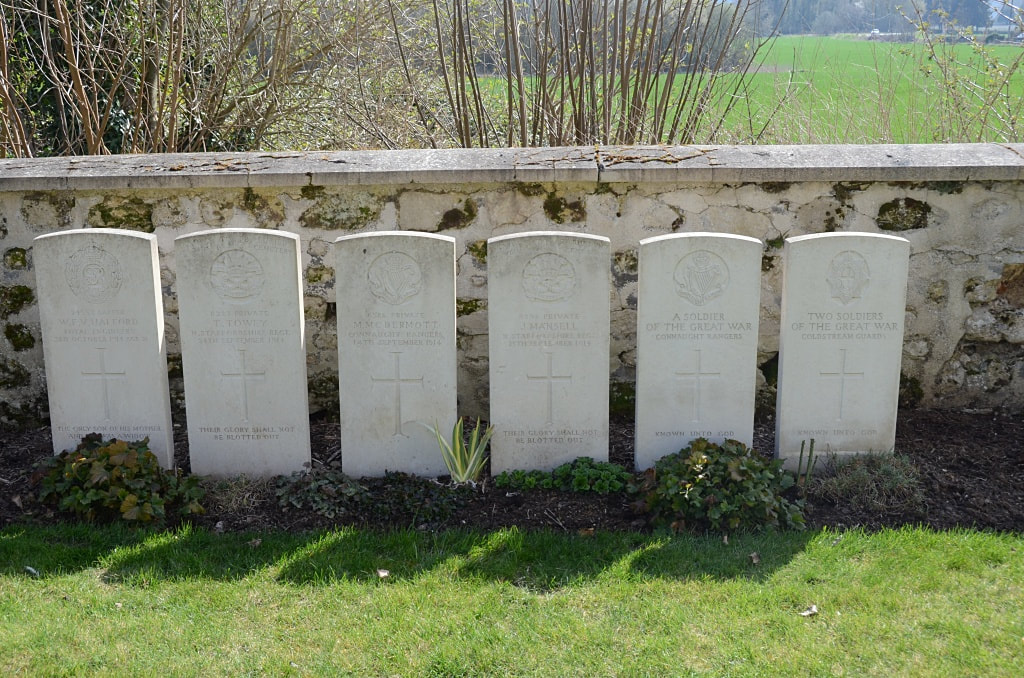 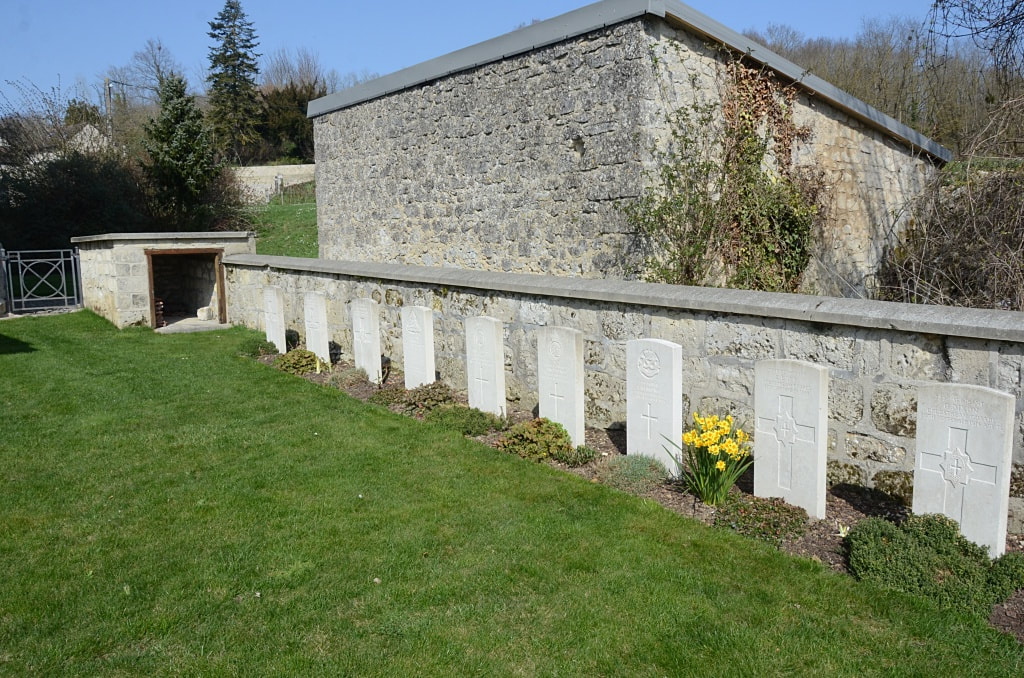 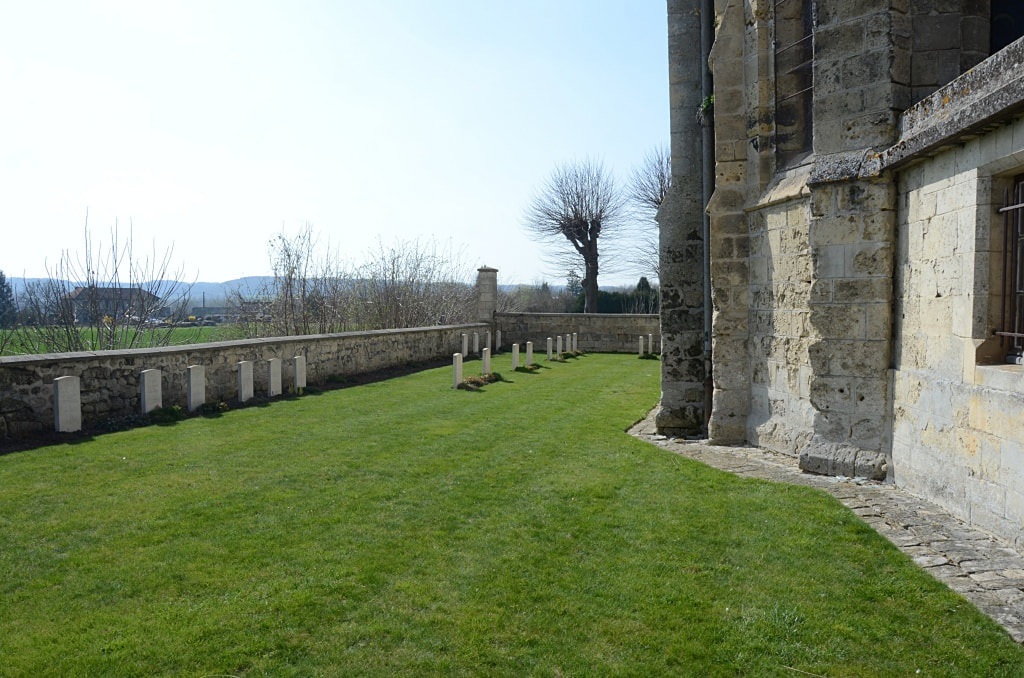 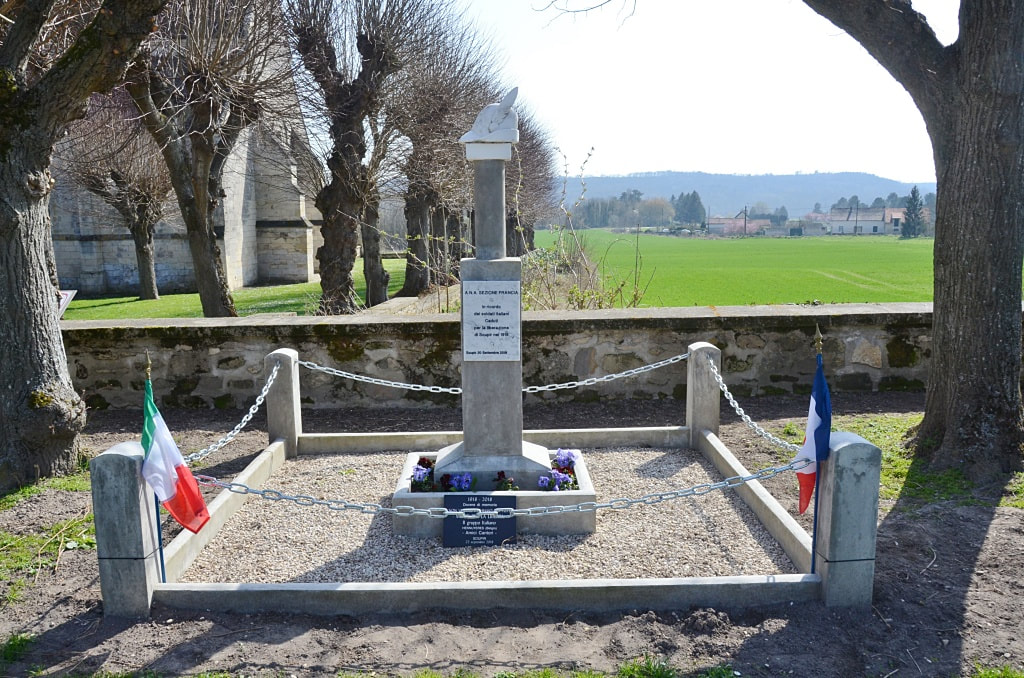 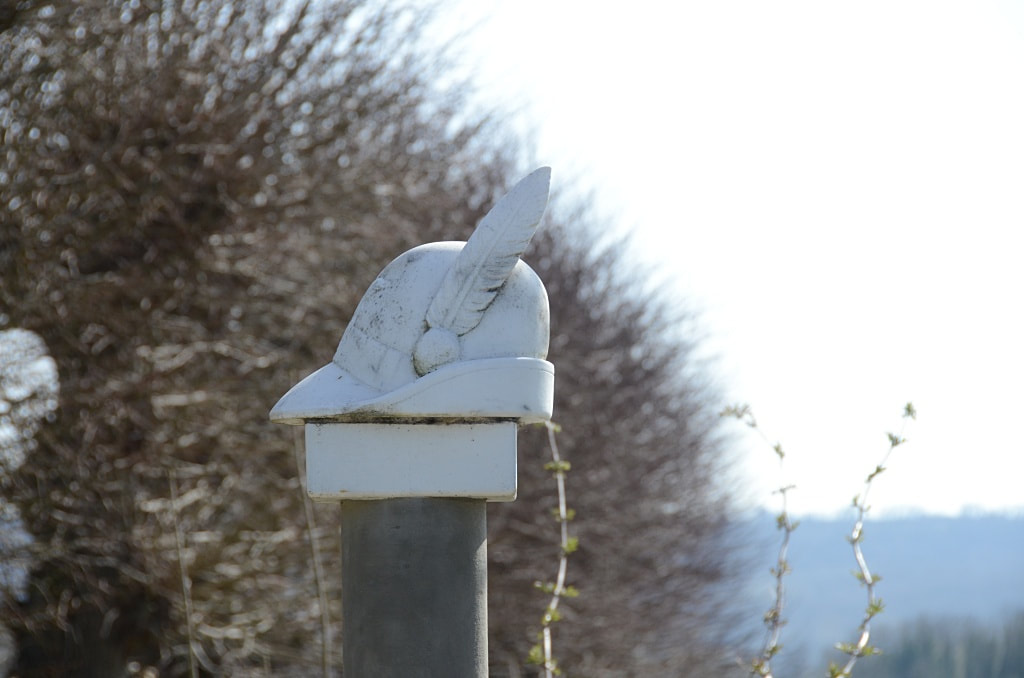 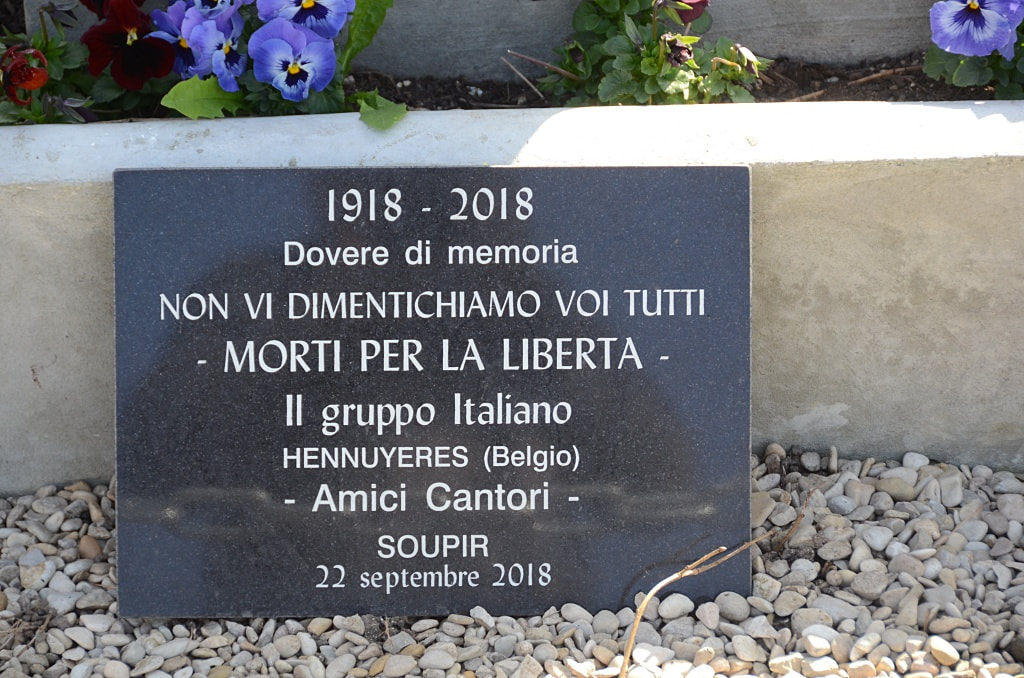 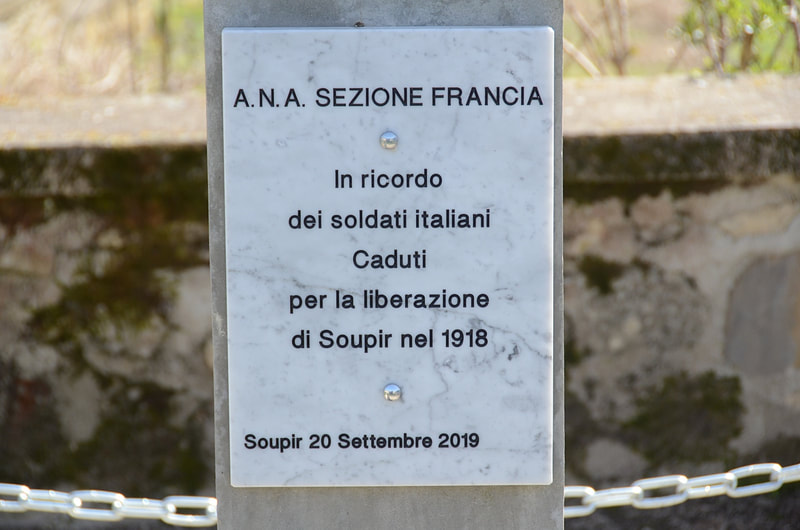 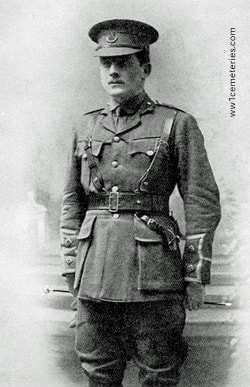 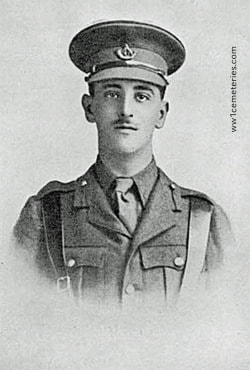 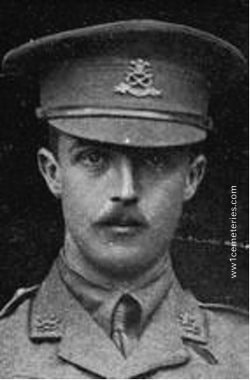 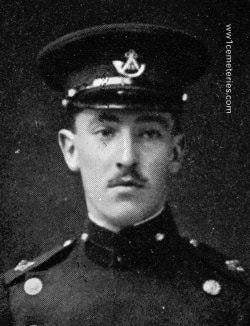 His headstone bears the inscription "Thou Wilt Keep Him In Perfect Peace" Isaiah XXXVI. 3" 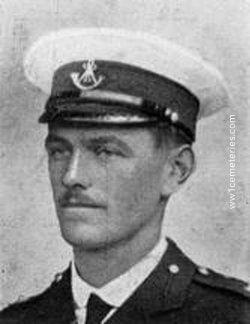 Chevalier of the Legion of Honour. Son of George Montagu Worthington and Eveline Fanny Worthington, of Dyson's Wood, Kidmore, Oxon.