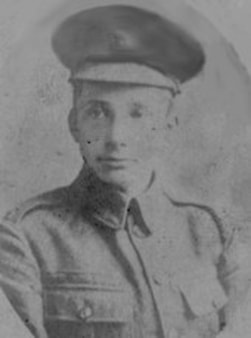 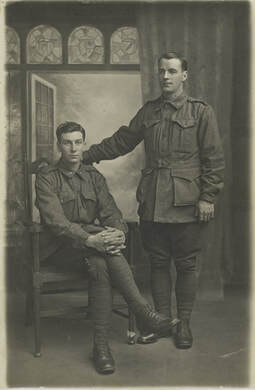 Inscription "Ever Remembered By His Loving Parents"

Studio portrait of brothers 5523 Sapper (Spr) Arthur William Boundy, 13th Field Company Engineers (left), and 33500 Gunner (Gnr) Cornelius Albert Boundy, 4th Field Artillery Brigade (right). Spr Arthur Boundy, a farm hand from Brompton Park, South Australia, enlisted on 9 August 1915 and embarked from Sydney on board HMAT Berrima (A35) on 17 December 1915. He served in France and died of disease on 10 November 1918 aged 23. Gnr Cornelius Boundy, a labourer from Brompton Park, SA, enlisted on 1 October 1915 and embarked from Victoria aboard HMAT Shropshire (A9) on 11 May 1917. He too served in France and he too died of disease on 23 February 1919 aged 28 and he is buried in Terlincthun British Cemetery. 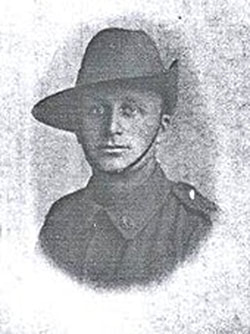 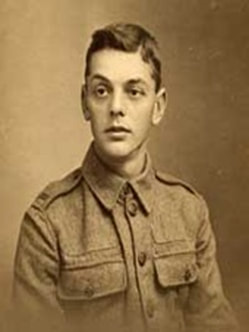 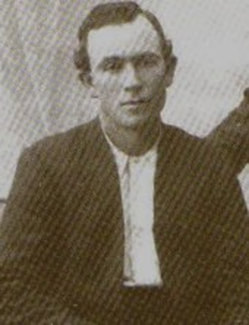 James Joseph Charlton. Regiment 2576. 3rd Battalion 8th Reinforcement. Panel 35 on the Roll of Honour at A.W.M. Thank you Grandfather Charlton, we are all safe and well because of you and your sacrifice.  You were the much loved husband of Ethel adoring father of Alma & Leslie, devoted grandchildren Wave William Edward & Lolo. in 2009 you have 15 respectful Great grandchildren , 23 Great, Great grandchildren , 5 Great, Great, Great grandchildren.
Grandfather while mortally wounded, secured the safety of two fellow wounded soldiers from the battle area. Private J. J. Charlton died in France 22nd March 1917. Receiving the " British War Medal." & "Victory Medal." His adoring sister Mary received the condolences letter from the Empire Which broke her heart and she died the same year. the letter stated how he was a fine example and inspired his fellow men. He was described as having strict soldier qualities and the sterling qualities of a soldier and a man. He is buried at St Sever Cemetery, Rouen, France. His grave has been visited by family. James J. Charlton was the Grandson of William Charlton NSW Corps 1790, he sailed to Australia on Neptune 1789. Mentioned in the first "Land Grants Book" 1788-1809. William married Mary, a convict, he was a rum trader. William & Mary forged a life for their family, which his Grandson James had to defend to the death in WW1 . James J. Charlton enlisted and sailed on the SS Runic in 1915 to Suez and the war. James J. Charlton's Great grandson now a soldier wears your medals Anzac day every year. A Kelso born man loved adored respected and always remembered by your family.  Lest We Forget

WITHOUT THE HERO THERE IS NO EVENT 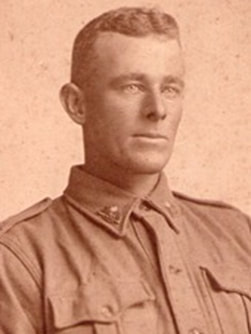 #844 Private Dudley Joseph Clift from Maitland, and "Breeza Station", New South Wales, Australia, enlisted on 30th March 1915 and was assigned to 2nd Division, 5th brigade, 20th Battalion, C Coy. AIF. He was born in 1883, the son of Joseph Henry Clift and Florence Augusta Ransome Clift (nee Maitland),and worked on the family pastoral property and as a Stock and Station Agent before his enlistment. Dudley's unit was sent to the Gallipoli Penisula, arriving there in August 1915. In July 1916 he arrived in France and was hospitalised on and off for various illnesses, including mumps, till he rejoined his unit on 6th February 1917. The unit was engaged in action near Martinpuich, north of Albert when, on 2nd March 1917, Dudley received 5 gun shot wounds and was treated at the 1/1 SMCCS before being transferred to the 9th General Hospital in
Rouen. He died on 28th March 1917 of septicaemia and is buried in the St. Sever Cemetery Extension, Rouen. 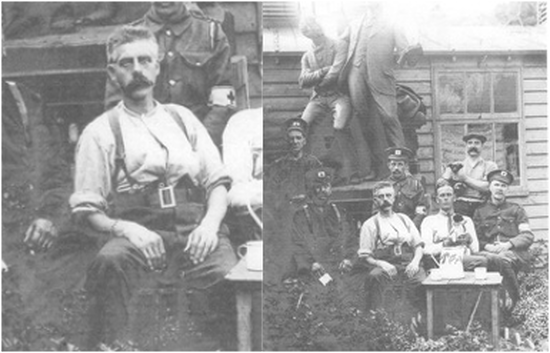 
Michael was obviously very ill judging by this photo as he looks unwell and is surrounded by Medical personnel. This building in background is probably the Hospital and we wonder if the statue with orator and admirer helps you to let me know precise location.We understand that a Spanish influenza was rampant at the time and claimed his life finally. He is mentioned by name in a play about Francis Ledwidge by Irish writer Dermot Bolger "Walking the road" By a strange co-incidence Ledwidge himself,as a youth was a shop boy in Michael's ''home district of Rathfarnham,South Co.Dublin. 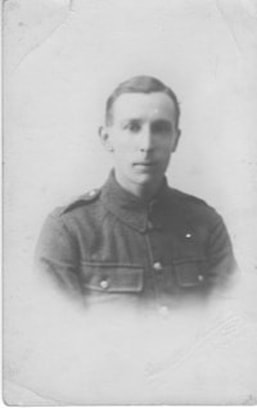 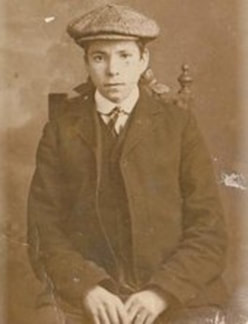 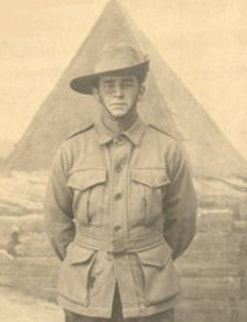