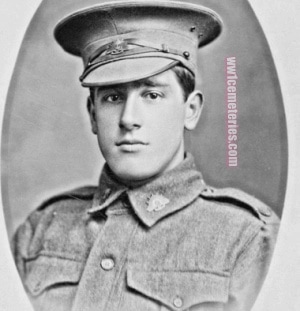 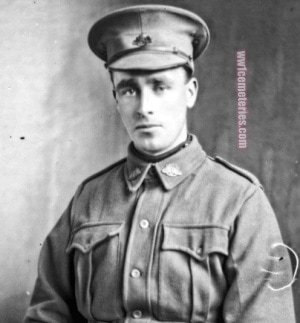 A salesman from Footscray, Victoria prior to enlistment, Pte Almond embarked with the 21st Reinforcements, 5th Battalion on HMAT Nestor on 2 October 1916. While serving in Belgium he was wounded in action and, on 21 September 1917, aged 24, he succumbed to his wounds. 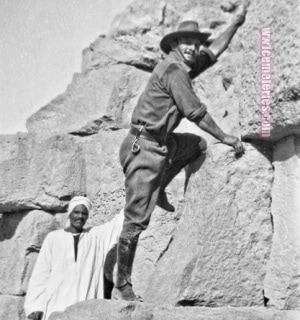 The image shows him at the foot of the Cheops Pyramid prior to climbing it. 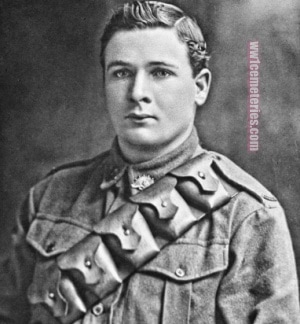 From Subiaco, Western Australia. A 20 year old machinist/ironmonger prior to enlisting on 10 January 1916, he embarked for overseas with No 1 Section, 3rd Divisional Ammunition Column from Melbourne on 27 June 1916 aboard HMAT Barambah. He served with the 7th Brigade in France and then in Belgium where he was killed in action at Passchendaele on 11 September 1917. 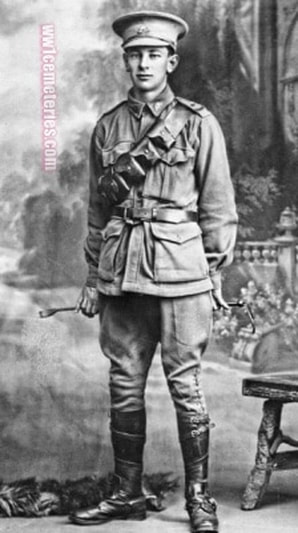 A warehouseman, of Brighton, Victoria. Dvr Bedford joined the 2nd Field Artillery Brigade on 29 January 1915 and embarked from Melbourne in HMAT Shropshire on 20 March 1915. He was admitted to hospital in Heliopolis for four weeks with illness and then spent ten months on light duties in the Australian Records Office in Alexandria. He sailed from Alexandria on 1 August 1916 for England to undergo additional training before proceeding to France on 20 March 1917. Dvr Bedford was taken on strength of the 102nd Field Artillery Battery and was killed in action near Ypres.

Eric Bedford was killed along with two horses when a shell struck his ammunition column as they returned from delivering shells to the battery on Passchendaele Ridge. 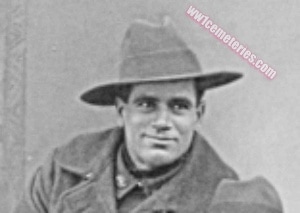 A farmer from South Australia, he enlisted on 31 August 1915 and sailed with the 18th Battery aboard HMAT Persic on 22 November 1915.

He was killed by a shell whilst in the Gun Pits at 'Dormy House' near Zillebeke, his body was taken back to Dickebusch and buried at The Huts Cemetery. 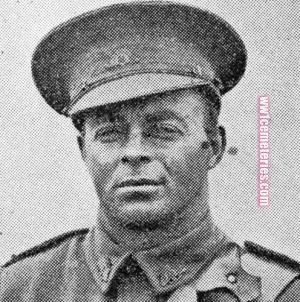 1st (later 2nd) Brigade Australian Field Artillery of Fairfield, NSW. A labourer prior to enlisting, he embarked from Sydney aboard HMAT Borda (A30) on 22 December 1914. He was wounded in action on 15 August 1917 near Ypres, Belgium, and died later that day at the 55th Field Ambulance Station, Belgium, aged 28.

​Joseph Brown was mortally wounded by a bomb dropped from an aeroplane at Dickebusch, he died of his wounds soon after. 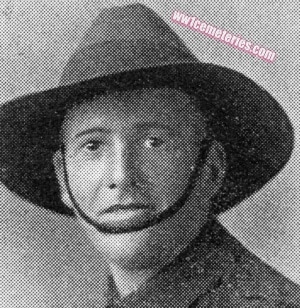 Originally 4th Divisional Ammunition Column (later 12th Brigade Australian Field Artillery) of Temora, NSW. A farmer prior to enlisting, he embarked from Sydney aboard the HMAT Ascanius (A11) on 25 October 1915. Gnr Burnell was killed in action at Sanctuary Siding near Zillebeke, Belgium on 2 October 1917, aged 28.

Killed when a shell burst through the roof of the light shelter where he was sleeping. 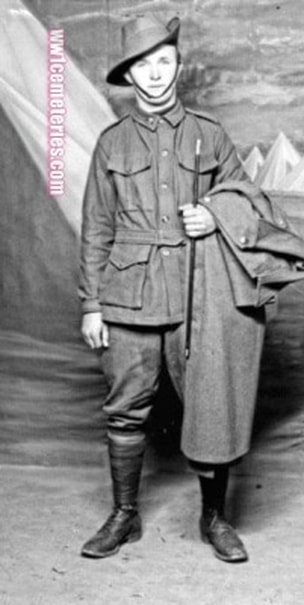 11th Reinforcements, 8th Battalion, of Tooborac, Vic. Pte Crosby enlisted on 13 August 1915 and embarked from Melbourne aboard HMAT Nestor on 10 November 1915. He was killed in action on 28 October 1917 at Passchendaele, Belgium.

David Crosby had been made a Sergeant just a few days before he died. He and 3 others were killed by the same shell as they ran to safety from the gun positions at Glencorse Wood. 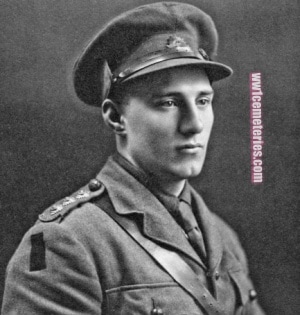 From Malvern, Vic, Capt Dickinson enlisted on 17 August 1914 and served at Gallipoli and France. He was killed in action on 25 September 1917 at Polygon Wood, Belgium. Capt Dickinson was born in Childers, Vic, and educated at Wesley College, Melbourne, where he was a member of the rowing team as well as the Victorian State rowing team. Prior to enlistment he worked as an accountant. 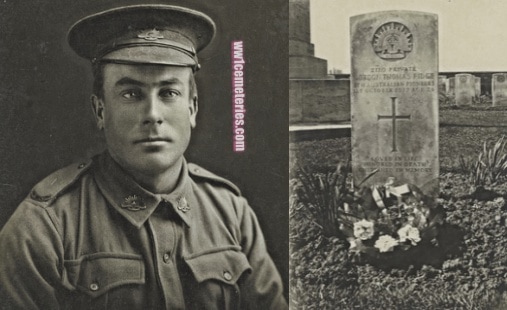 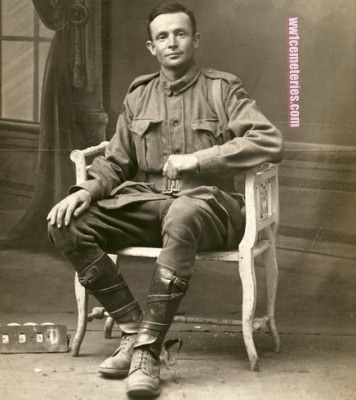 A painter from Kensington, NSW prior to enlistment, embarked from Sydney on HMAT Euripides on 20 October 1914.

The original grave marker of Fred Flowers can be seen in the gallery above. 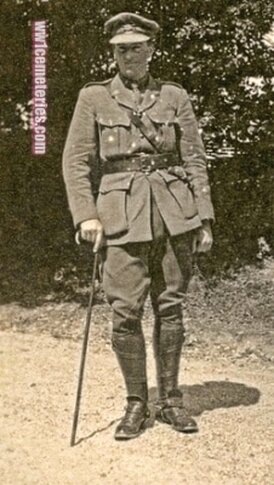 This image was taken during a trip to Oxford and Windsor. A farmer from Bendigo, Victoria prior to enlistment, Lt Frew embarked with the rank of Second Lieutenant with the 1st Reinforcements, 23rd Howitzer Battery from Melbourne on HMAT Medic on 20 May 1916. Later transferring to the 8th FAB with the rank of Lieutenant, he was wounded in action but remained on duty. On 17 September 1917 he was killed in action, aged 25, and was buried in the Dickebusch Cemetery, Belgium. Following the Armistice his remains were re-interred in The Huts Cemetery, Belgium. 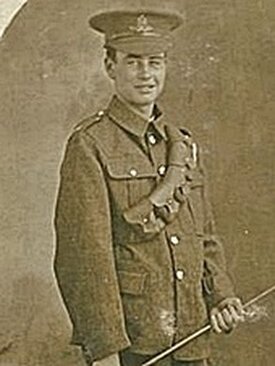 Son of Lovedon and Alice Gray, of 193, Cocking, Midhurst, Sussex.

Gunner William George Gray was born in Chichester in 1898, the son of a brewery worker, who later moved to Cocking where he worked as a maltster.

William enlisted at Horsham in The Royal Field Artillery and was posted to northern France as part of the British Expeditionary Force in July 1915. He earned the Military Medal in July 1917, awarded “for acts of gallantry and devotion to duty under fire”, when attempting to rescue an injured officer, but was killed himself three months later.

William was born in Chichester in the spring of 1898, the second surviving son of Lovedon Gray (1854–1921) and his wife Alice Lucy née Osborn (1868–1954). Lovedon Gray had been born in Berkshire in March 1854, but by 1871 was living at East Marden where he was employed as an agricultural labourer. In 1884, he married Marian Osborn (born 1852) but she died of tuberculosis three years later, having lost two children as infants.

In 1891, Lovedon was living in Lower Cavendish Street in Chichester, where his fellow residents were Alice and John Osborn, the children of Marian’s elder sister, Elizabeth. Lovedon and Alice were married St Mary’s Church, Portsea in February 1893 and their first son, Percy was born in August that year. The couple had eight children, of whom two died as infants, with William arriving in 1898.

The malthouse stood on the main road, just north of Crypt Lane, and produced malt for the brewery situated behind the Angel Hotel in Midhurst, run by Messrs. Parker & Popplewell. According to "A Short History of Cocking":

The building had two floors, the barley being spread out on the top floor and heated by a furnace on the lower floor. The barley was watered until it chit, and then it was put in a dryer, and when dry, it was cracked. This practice ended about the time of the First World War, the top floor was removed and it was used as the village hall.

William enlisted at Horsham soon after war was declared, joining the Royal Horse Artillery as a driver, later promoted to gunner in the Royal Field Artillery. His unit were sent to northern France on 28 July 1915.
​
In 1917, he was awarded the Military Medal with the award being recorded in the London Gazette on 9 July 1917. The medal was awarded for "acts of gallantry and devotion to duty under fire," and William earned his medal when attempting to rescue an injured officer.

William was killed in action near Ieper (Ypres) in Belgium on 15 October 1917, when a member of the Z (medium) Trench Mortar Battery with the 21st Brigade, part of the 30th Division. He was buried at Huts Cemetery at Dickebusch, south-west of Ieper and is commemorated on Cocking War Memorial. 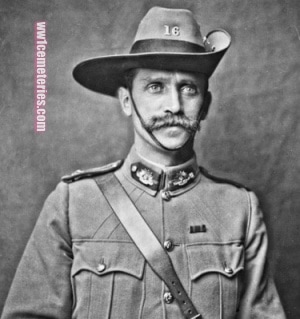 Educated at Geelong College and Melbourne University, he served in the Boer War. An Instructor at the Alfred Hospital, he practiced in Cecil Street, South Melbourne and was one of the first doctors to enlist in August 1914. Assistant Director of Medical Services with the First Division on Gallipoli and the Fifth Division in France, he served with 2nd and 3rd Field Ambulances. he was Mentioned In Despatches five times and was awarded a Distinguished Service Order in June 1917. His DSO was presented by King George V. He was awarded the Italian Order of St. Maurice and St. Lazarus in May 1917. He was killed in action by a shell fragment at Broodseinde Ridge while going between two of his most advanced aid posts on 17 October 1917. 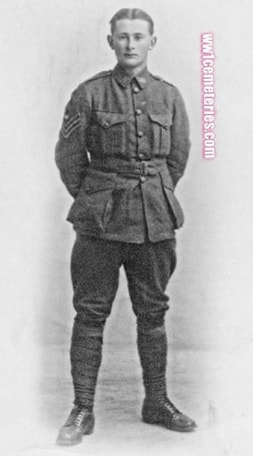 From Mulgrave, Vic. A gardener prior to enlisting in July 1915, Pte Horner embarked with the 7th Battalion on board HMAT Nestor (A71) on 11 October 1915. He was promoted to Corporal in December 1916 and to Sergeant in April 1917. Arriving in Egypt in February 1916, the 7th Battalion became part of the newly raised 59th Battalion. The 59th Battalion served on the Western Front from May 1916. Sgt Horner died on 27 September 1917 of wounds received at Polygon Wood, Ypres, Belgium. He was 23 years of age.

A farmer before enlisting in August 1916, Pte Jeffrey left Australia for service on the Western Front with the 22nd Reinforcements in September 1916. Having just taken part in the operations around the Polygon Wood area, Pte Jeffrey was moving out of the line to billets at Chateau Segard near Steenvoorde on 30 September 1917 when a German aircraft flew over the camp and dropped its bombs. Pte Jeffrey was one of three men killed, aged 22.

Back to The Huts Cemetery