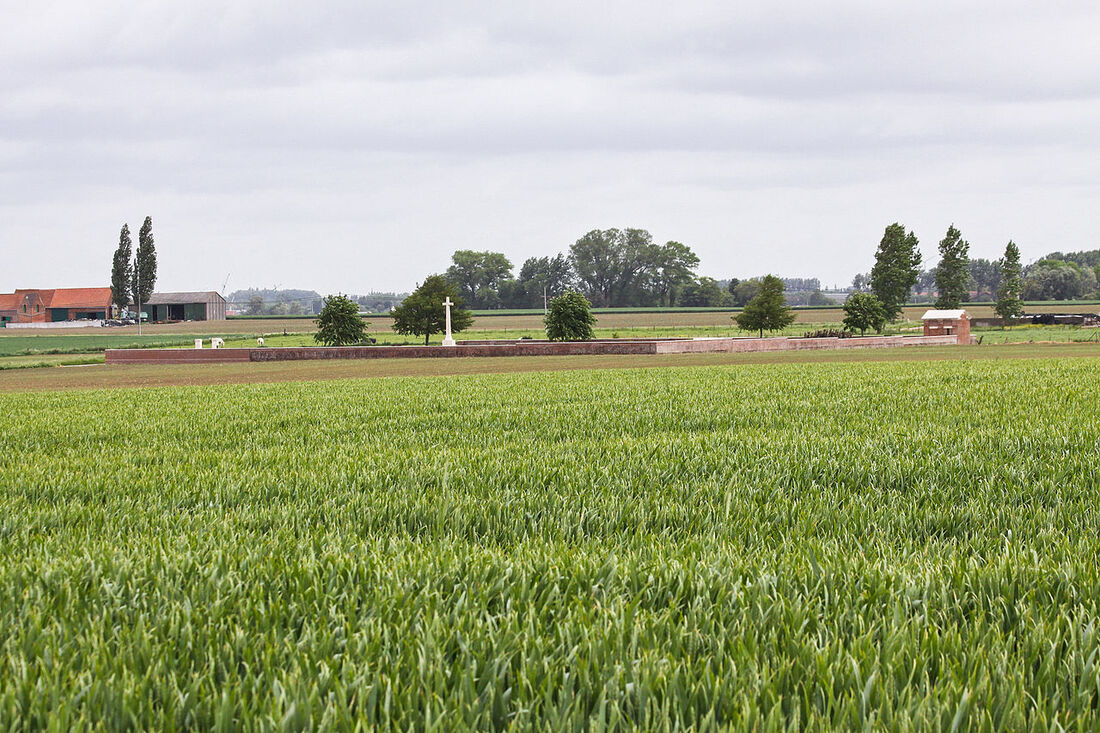 From Ieper town centre the Dikkebusseweg (N375) is reached via Elverdingsestraat, straight over a roundabout onto J. Capronstraat (for 30 metres), then left along M. Fochlaan. Immediately after the train station the first right hand turning is the Dikkebusseweg.

This cemetery takes its name from a line of huts strung along the road from Dickebusch (now Dikkebus) to Brandhoek, which were used by field ambulances during the 1917 Allied offensive on this front. Plots I to X and XII to XIV were filled between July and November 1917. Plots XV and XI followed. Nearly two-thirds of the burials are of gunners as many artillery positions existed nearby.

The cemetery was closed in April 1918 when the German advance (the Battle of the Lys) brought the front line very close. The advance was finally halted on the eastern side of the village, following fierce fighting at Dickebusch Lake, on 8 May.

There are now 1,094 Commonwealth burials of the First World War in the cemetery. 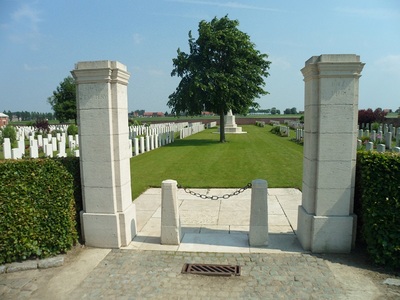 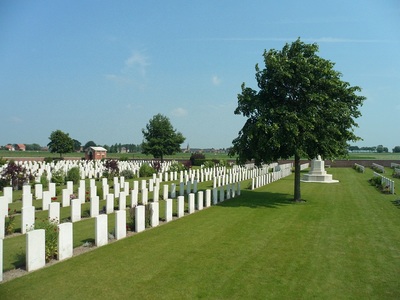 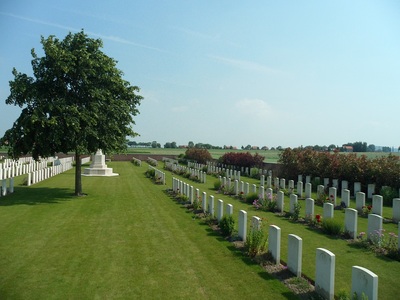 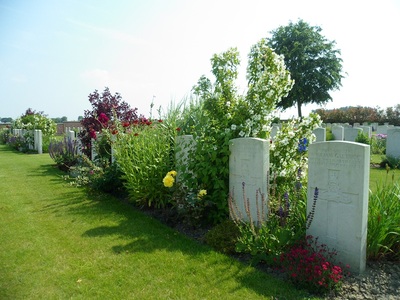 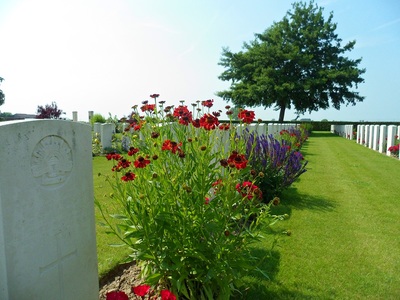 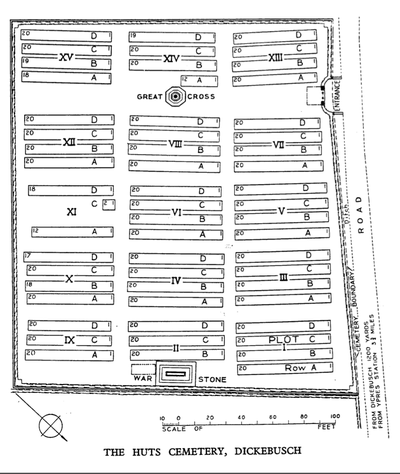 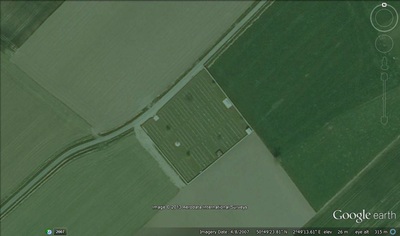 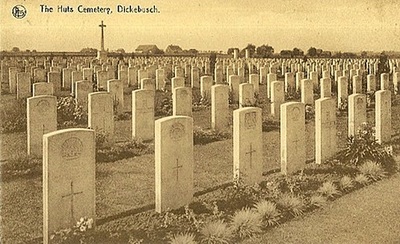 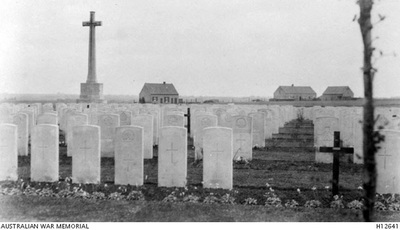 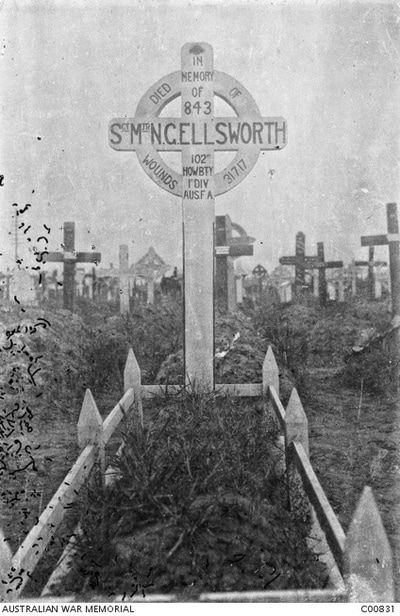 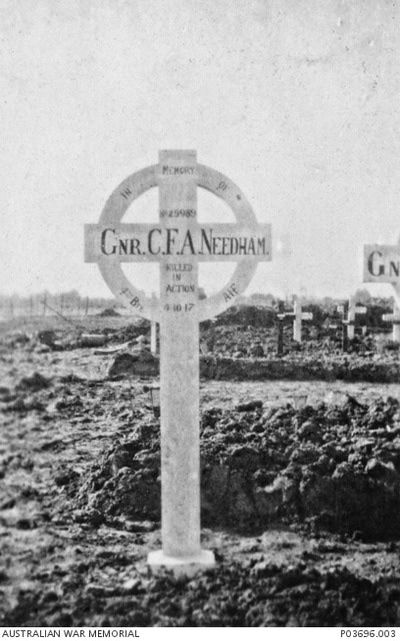 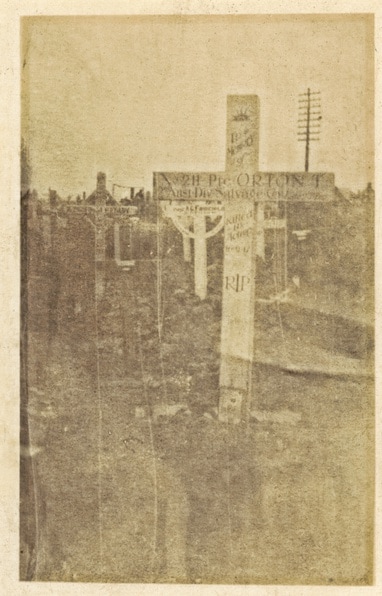 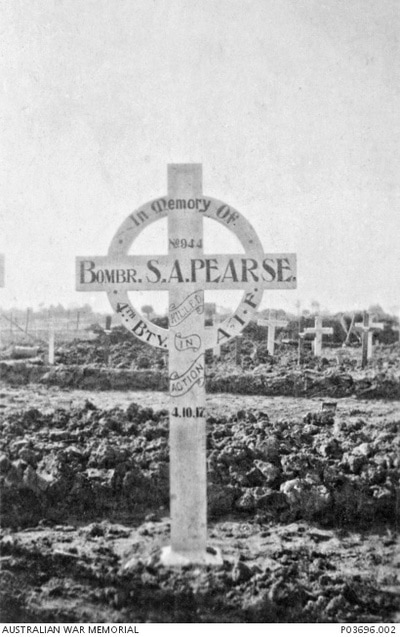 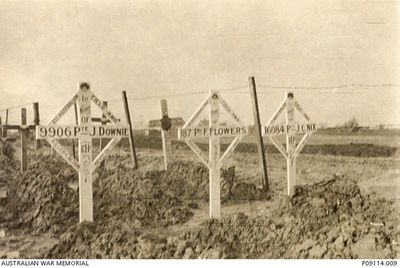 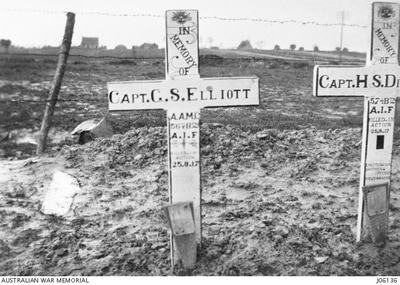 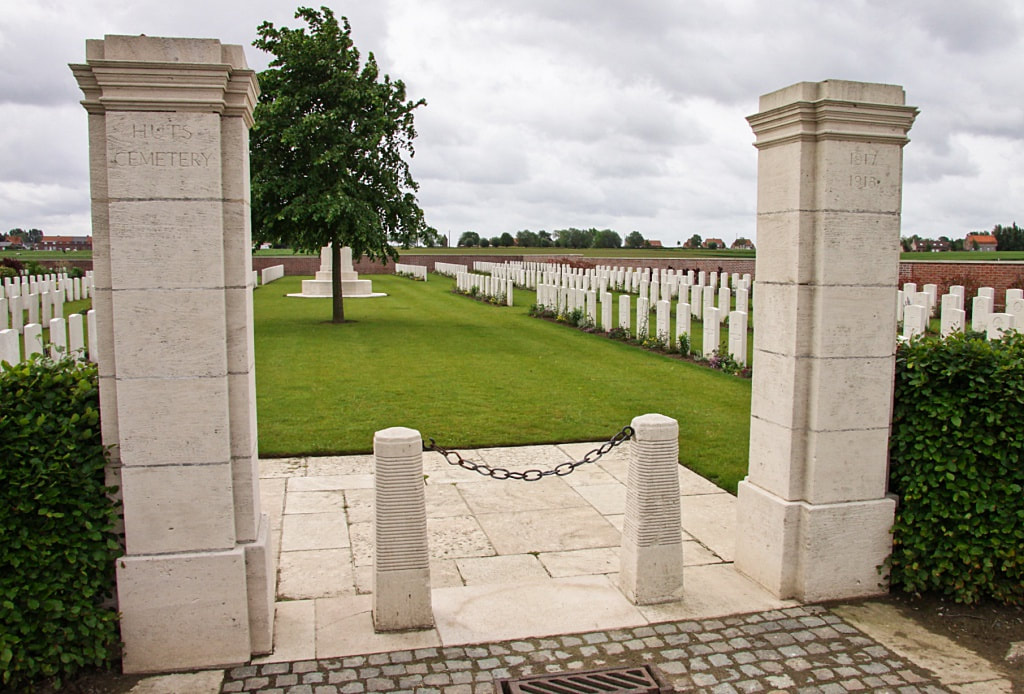 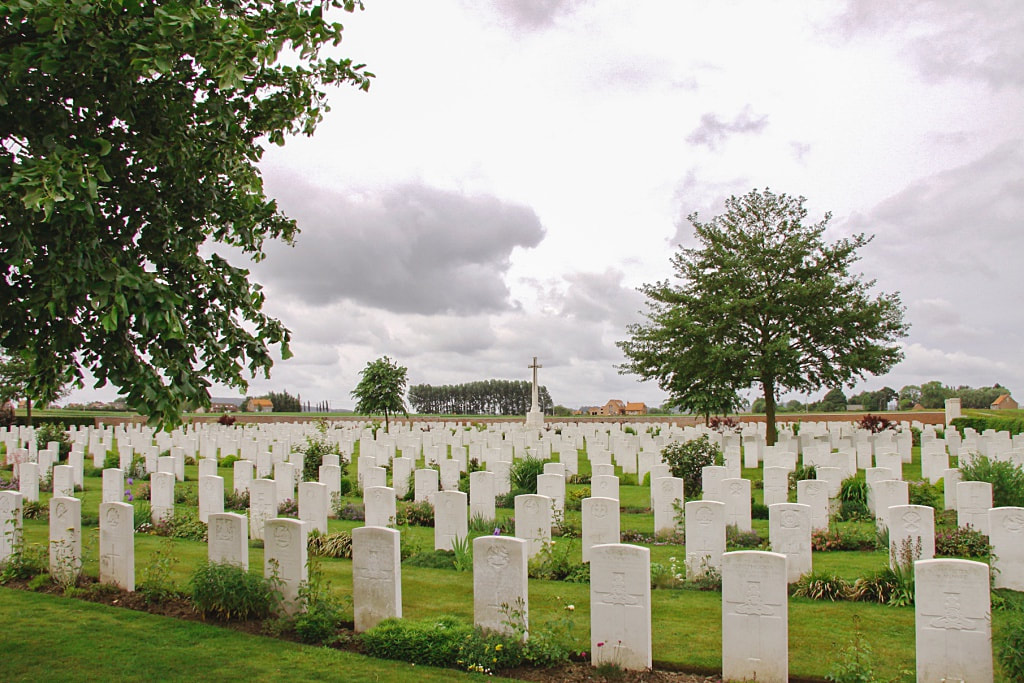 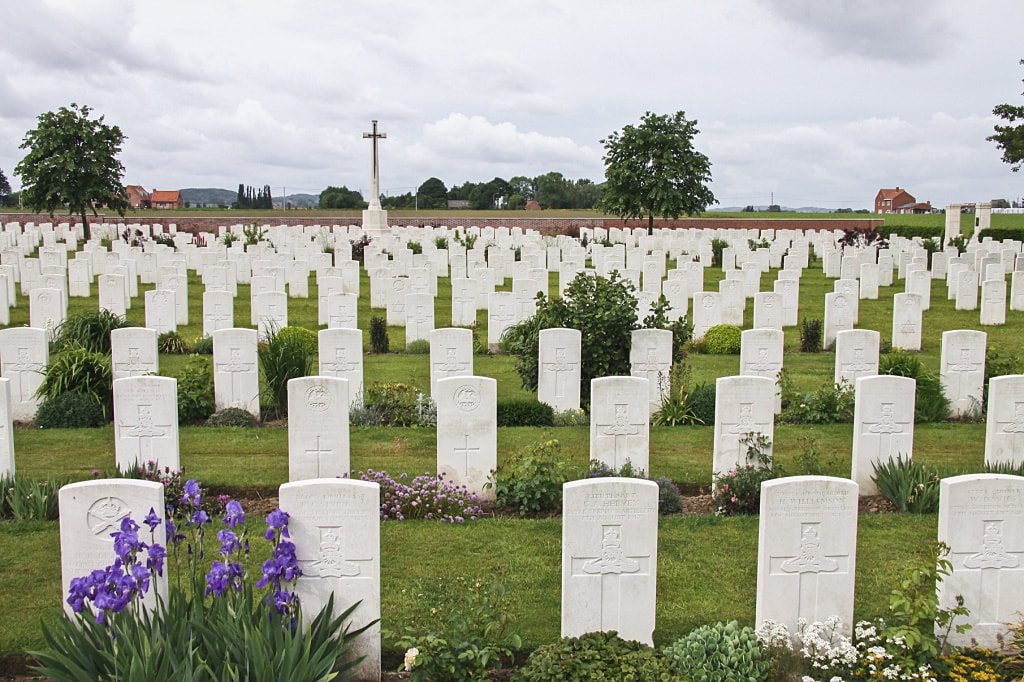 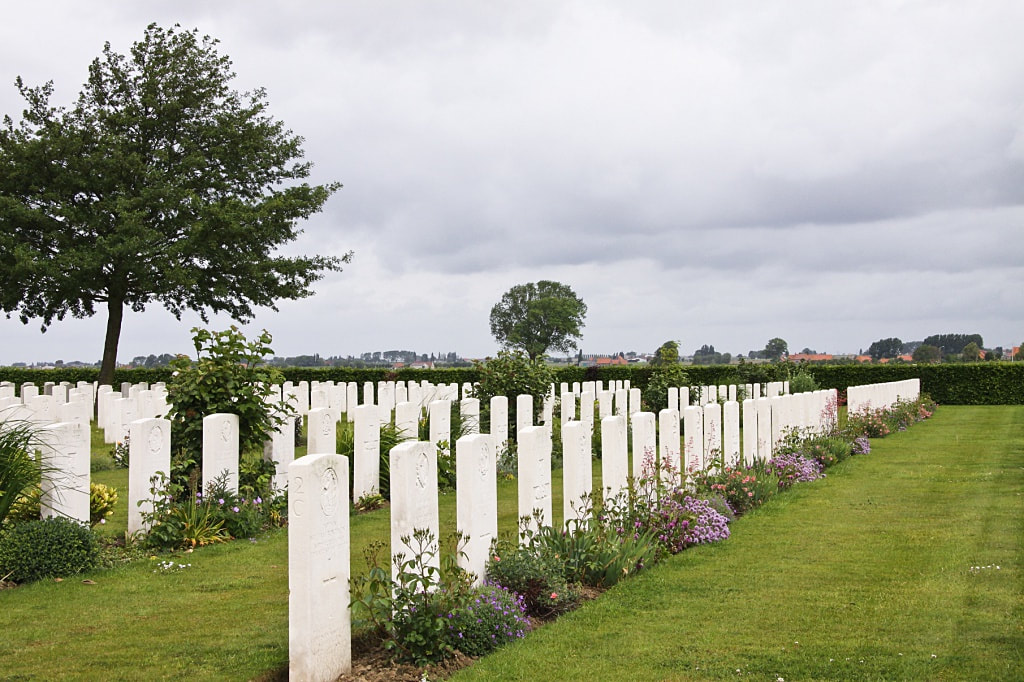 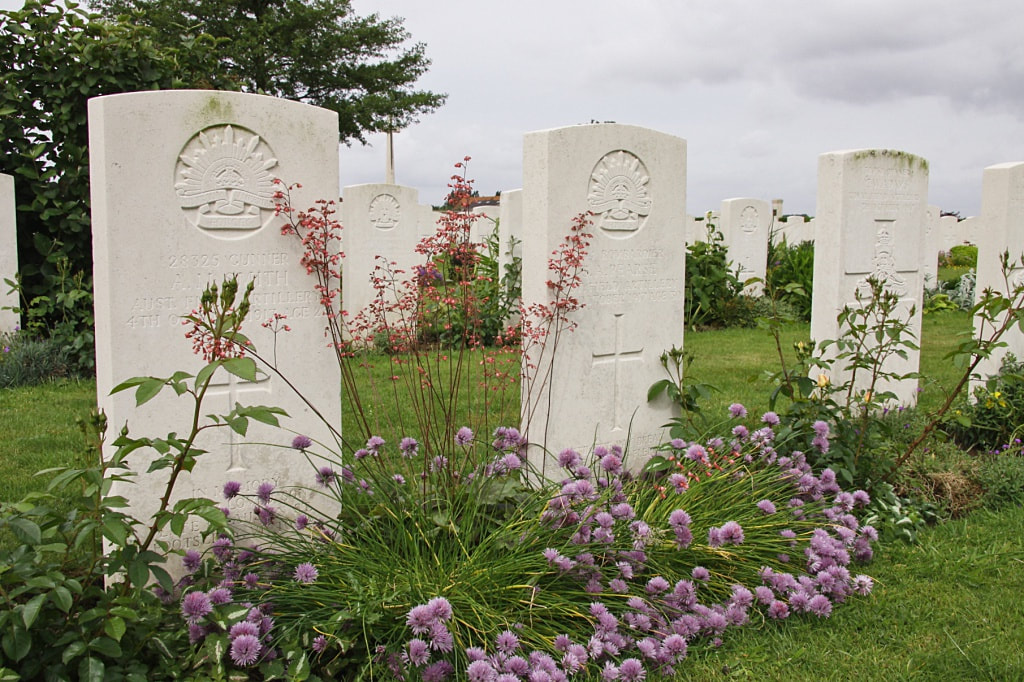 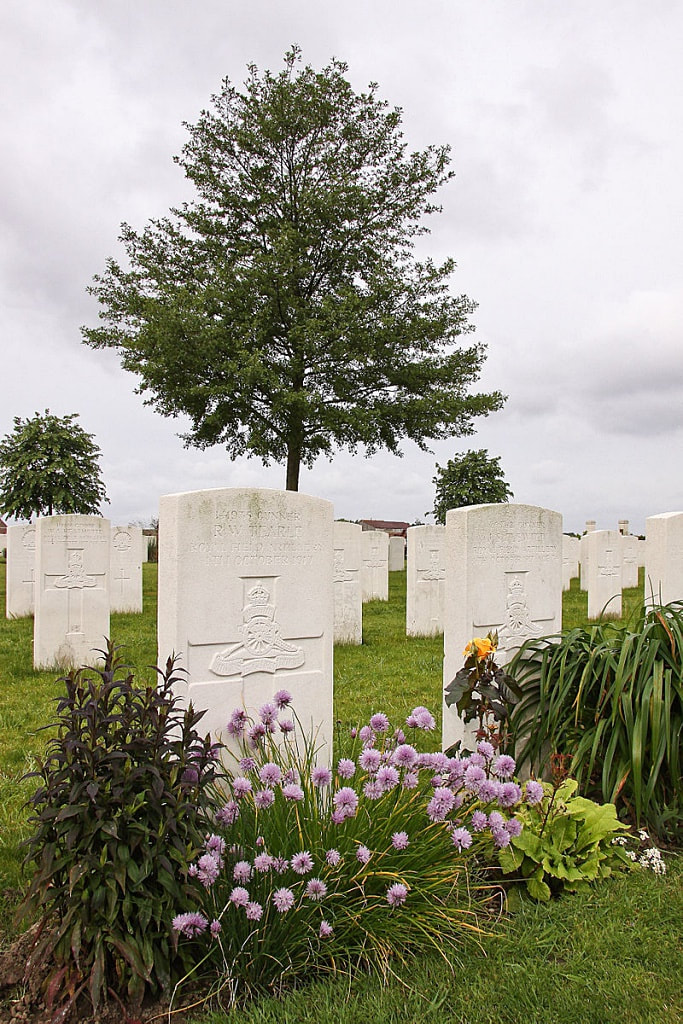 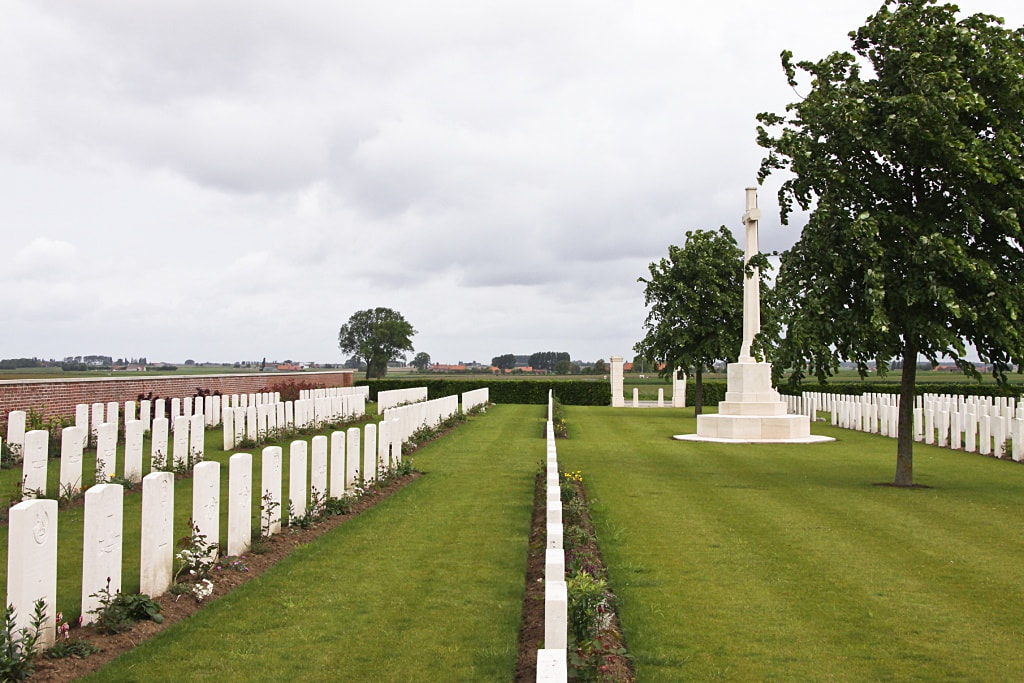 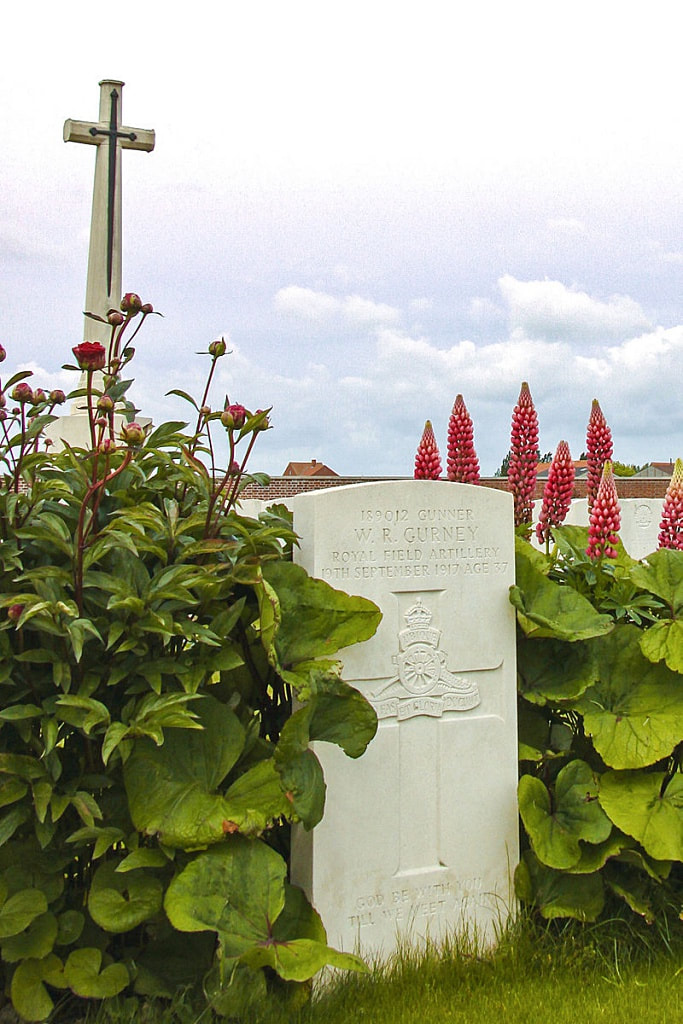 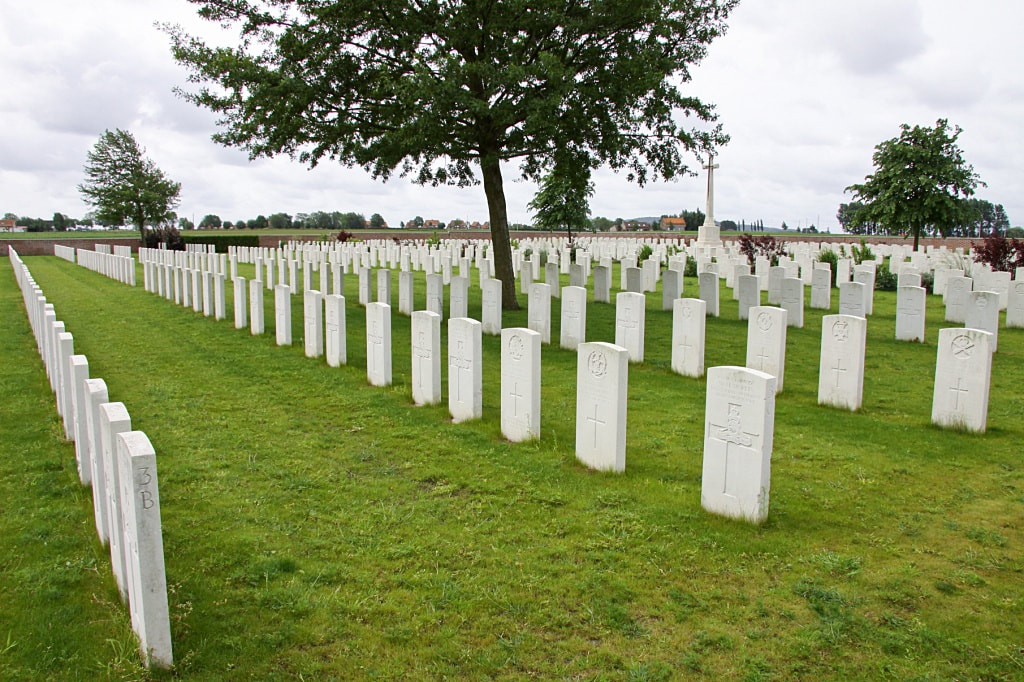 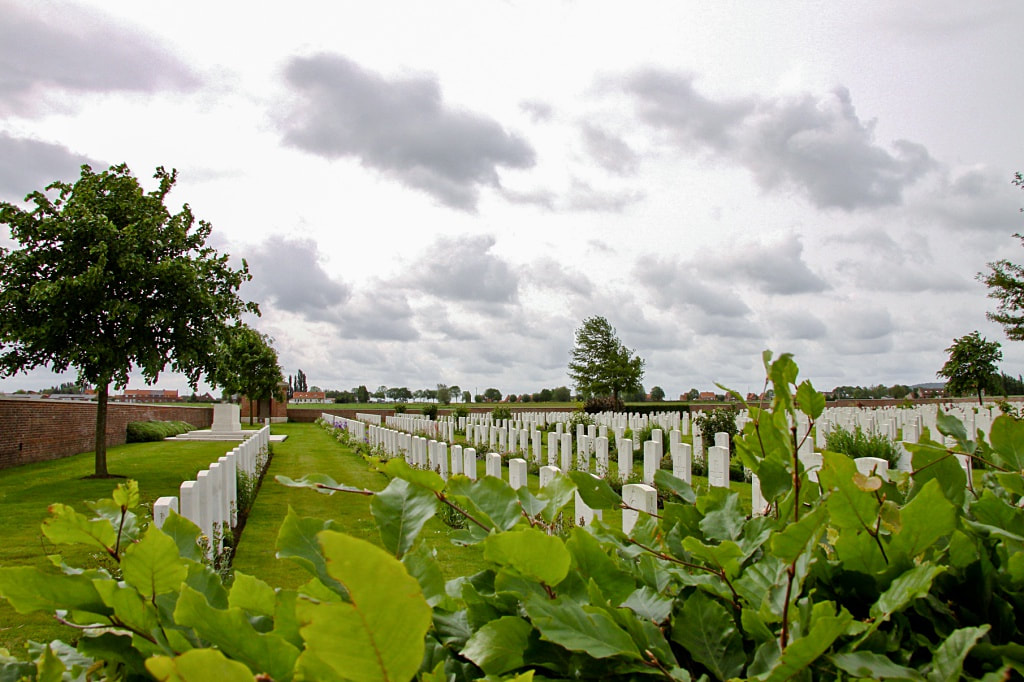 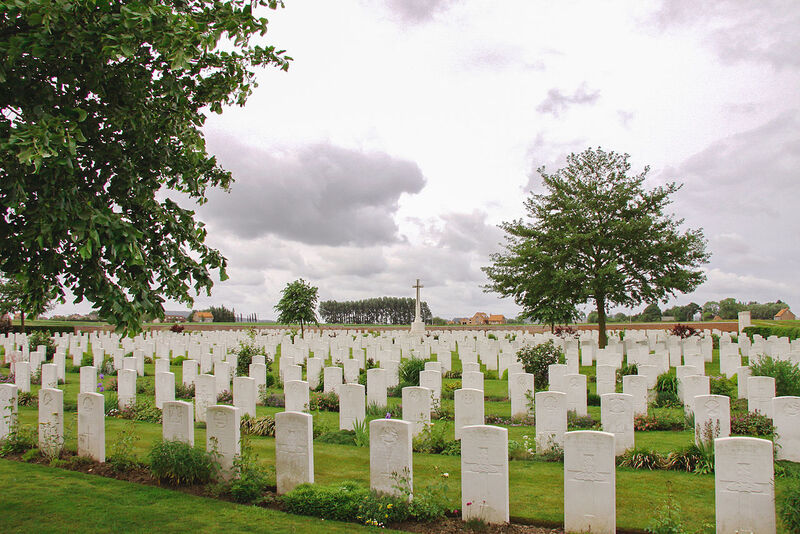 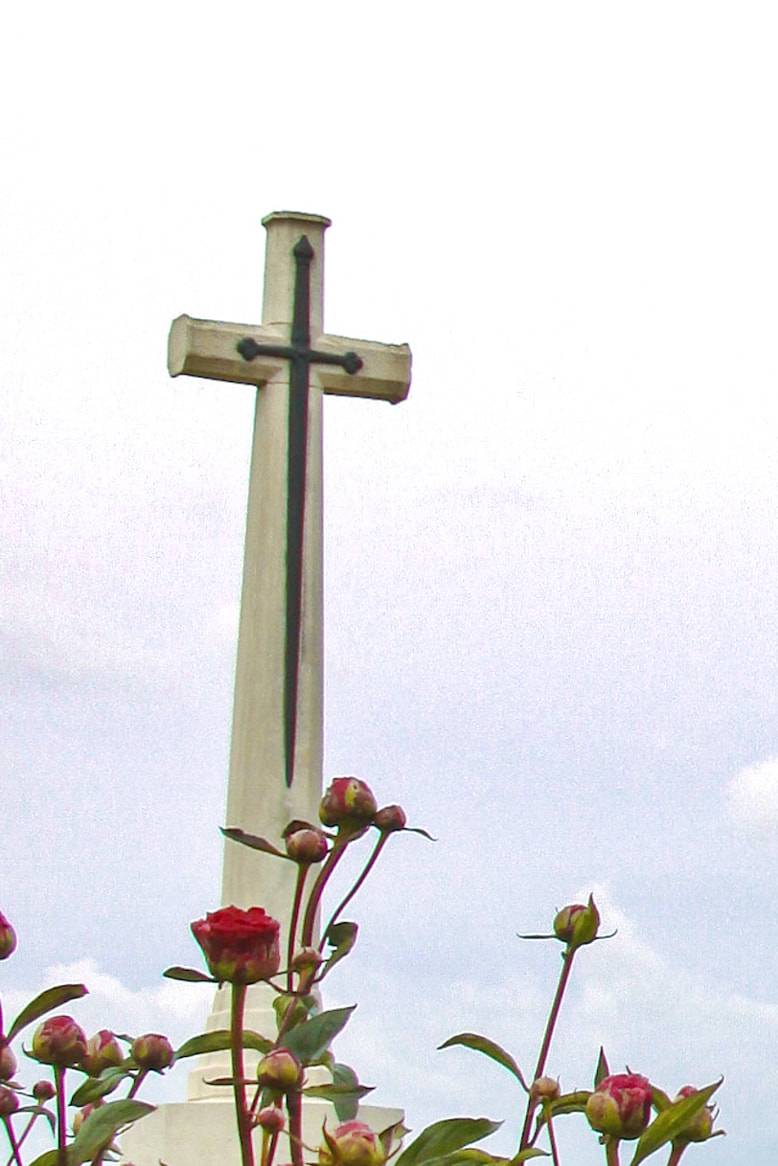 8/2733 Private Victor Manson Spencer, 1st Bn. (Otago) New Zealand Regiment, executed for desertion, 24th February 1918, aged 23. Plot 15. B. 10.He served briefly in the Dardanelles; & when on the Western Front, missed a Defaulters’ roll-call for which Field Punishment was imposed.  A month later he was in hospital for shell-shock & went missing on the day of his discharge.  His absence of 2 weeks resulted in a sentence of 18 months’ imprisonment; & after early release, he was returned to his battalion from which he again went absent.  More than 4 months later, he was caught in bed in a house in a rear area where French civilians seemed to have been harbouring him. (Putkowski, pp. 236-237)
​