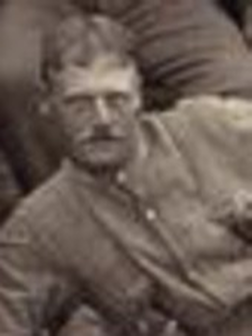 Born 02 March 1888 to Walter and Sarah Saye, of Great Wigborough, Tolleshunt D'Arcy, Essex. (Brother of Tommy Saye who is buried at Lijssenthoek Military Cemetery in Belgium. Follow link for an image of Tommy Saye.
​
Killed in action on 15 September 1916 during the Battle of Flers-Courcelette, when tanks were used for the first time in history. Lost his life with fellow Guardsmen, at Les Boeufs. Commemorated at Tolleshunt D'Arcy Parish Church. 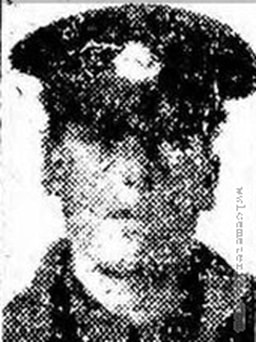 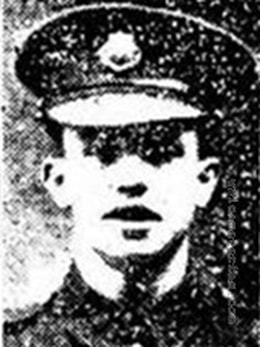 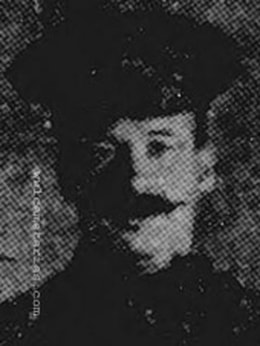 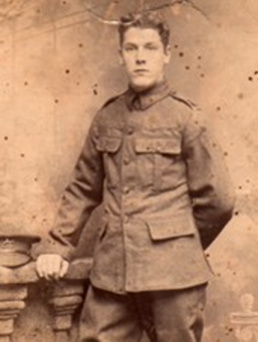 Father of Ellen, Edith and James 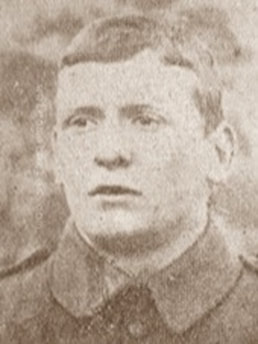 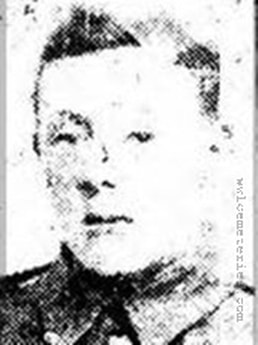 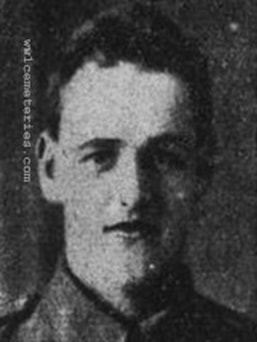 
Taken from the Burnley Express

Mrs Smith of 118 Gordon Street, Stoneyholme, Burnley, has received the distressing news that her husband Pte. James Smith of the 7th Bn. East Lancashire Regiment was killed in action in France on July 5th. It has been her tragic fate to be married and widowed in just over ten weeks. Pte. Smith, who was employed as a driver in Burnley for Mr Tonway was only 22 years of age. He was the son of Mr and Mrs William Smith of Hargreave St. Nelson. He was married on the 22nd April 1916 to the daughter of Mr and Mrs James Broadhurst, of 118 Gordon Street, Burnley, with whom his wife has since lived in view of her husband having to join the colours. He responded to the call March last and he was very soon at the front. He had been in France for nearly three weeks when he was killed in action on the 5th July 1916. 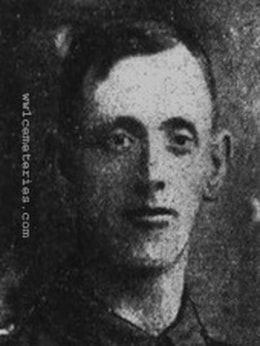 Taken from the Burnley Express

Official news has been received by Mrs Smith of 50 Rumley Road, Healey Wood, that her husband, Pte. Josiah Smith of the 6th Bn. East Lancashire Regiment was killed in action in France on the 1st July 1916. Pte. Smith was a married man with a wife and four children, the eldest being fourteen and the youngest seven. When war broke out he was working as a weaver at Woodward's Mill. He was known both in Healey Wood and Fulledge districts and mush respected. He played football with Woodward's team in the annual competitions, for which he held a medal. His father who is now dead, was formerly coachman for the late Dr. Smirthwaite and afterwards for Dr. Black. Pte. Smith joined the army soon after war broke out, and went with the 6th East Lancashires to the Dardanelles. Here he was in some terrible fighting and was wounded with shrapnel in the leg. He was in hospital for a few months in the Mediterranean and in Cairo, and he reached England in May, having been granted ten days leave. When this expired he returned to Plymouth, and had only been back in the fighting line about a month when he was killed.

Pte. Smith has two brothers in the Army, Pte. Albert Smith of the R. A. M. C., now in Egypt and Bombardier Holgate Smith R. F. A., now in France. There are also two brothers-in-law with the forces, Driver J. W. Hargreaves R. F. A., now in France and Pte. J. Holt, S. B. R., Royal Naval Hospital, Chatham - and two nephews, Lance Corporal W. Stackhouse and Pte. A. Stackhouse, both of the East Lancashire Regiment now in Egypt. 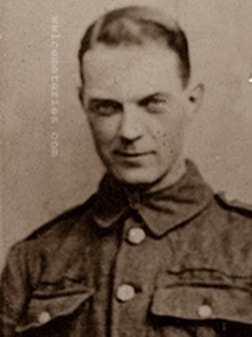 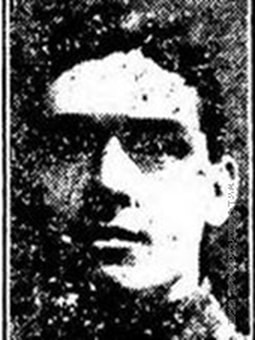 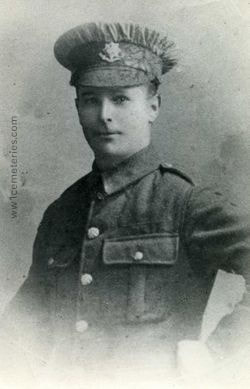 Alfred died on 20th April 1918, aged 31 and is buried in the Strand Military Cemetery in Belgium.

The information below supplied by 'The Ellesmerian Club', the alumni organisation for Ellesmere College where Joseph was a pupil.

Joseph Speed was one of many ”servants of the college”, by no way a derogatory term, but one that identified him as one of the many dedicated, loyal members of the support staff without whose hard work and dedication places like Ellesmere College could never function. The list of tasks they tackled is endless from preparing and cooking meals to laundry, cleaning, maintenance and portering. It was whilst he was working as a college porter that Joseph enlisted in the British army.

Joseph was born in early 1894 in Crewe to Joseph, a chainman, and his wife, Hannah. He was baptised on 1stApril 1894 and the baptismal records show the family then lived at 256, Hungerford Road, Crewe. Nothing is known as to his early education or when he started work at Ellesmere. The 1901 Census recorded that he was seven years old and at his maternal grandparent’s house. Ten years later he was 17 years old, living at home at 47, Myrtle Street, Crewe and working as a labourer in a clothing factory. He had two younger sisters, Maria Mary, born in 1898, and Lucy Alice, born in 1908.

The Headmaster of Ellesmere College in 1915 was Reverend T. H. Hedworth and his Common comprised some ten teachers. Joseph would have, undoubtedly, known them all. Most of the academic staff listed in the 1915 Kalendar went on to serve their King and Country. H.R. Curtis and G.G. Lomas both made the ultimate sacrifice. As a porter at the college, Joseph’s duties could have been many and varied from carrying buckets of coal to the various studies to collecting supplies from the town, running errands, delivering the mail and moving furniture. It would be almost impossible to define every task that a porter would be expected to tackle.

However, on 11th October 1915, Joseph found himself at Wrexham and it was there that he signed his Attestation Papers. Three days later he became Private J. Speed, Service No: 36209 in the 10th (Service) Battalion, the Royal Welsh Fusiliers. He was four months short of his 22nd birthday, single and declared he had no previous military experience. He passed his medical and was deemed to be fit for general service at the regimental depot in Wrexham.

In June 1916, the battalion was based at Litherland, Liverpool. Whilst there, Joseph “absented himself” for five and a half hours one night. This cost him two days of being “confined to barracks”. Three months later, on 19thSeptember 1916, he embarked for service with the British Expeditionary Force in France. He would have initially spent time at a base depot to acclimatise to conditions in a theatre of war and it was not until 29thSeptember 1916 that he joined his unit “in the field”.

Exactly where Joseph served or saw active service is not known as his service records do not go into such detail. It is almost certain that he was killed in the Battle of Ancre when the 10th (Service) Battalion, the Royal Welsh Fusiliers were involved in the operation to take the village of Serre, a heavily fortified village. This was in the closing stages of the Somme offensive on 13th November 1916, the day that Joseph was reported missing and which was later accepted as the date of his death.

Joseph was one of 3,498 Allied servicemen who died that day. For his military service Joseph was awarded the Victory Medal and the British War medal. These were sent to his parents in 1921. His life is commemorated on the Thiepval Memorial and on the War Memorial at Ellesmere College 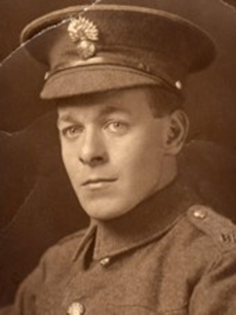 4177 Lance Corporal
Wilfred Cubitt Spelman
"A" Coy. 1st Bn. Honourable Artillery Company
13th November 1916, aged 31.
Pier and Face 8 A.
Son of William and Ellen Mary Spelman, of 6, Thirsk Rd., Lavender Hill, London.
Wilfred Cubitt Spelman was born at Richmond Surrey in 1885. He was admitted to the Honourable Artillery Company on 9th August 1915 and served in A (or No 1) Company of the 1st Battalion H. A. C. (Infantry) and left England for France as part of the 14th reinforcing draft on 5th January 1916

Below is a quote from his diary of 1916.
​
“Suffice to say that I am glad to have gone through it, but like a million and one others sincerely trust it will not be necessary again. Also an equally earnest hope that it is nearer the end than the beginning.” Wilfred Spelman August 9th 1916 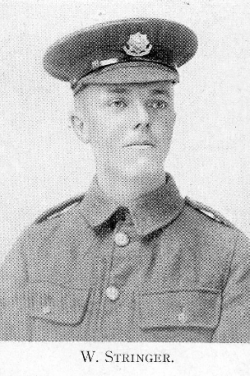 Son of the late Robert and Elizabeth Stringer.

William Stringer stayed for only two terms at Ellesmere College, from September 1910 to April 1911, boarding in the ‘Heywood’ dormitory. So brief a stay has left no mark on the records of the college, save for the fact that he was in Form Lower II under Mr. G. Parkinson.

He was born on 5th February 1895 and came from Hoole, Cheshire where Robert, his father, was a publican. His mother Elizabeth died in the summer of 1907, before William went to Ellesmere. His father re-married in early 1910 to Fanny Faulkner. There were, at least, six children of the two marriages but William was the only boy to survive infancy. They were, by all accounts, quite a wealthy family for when William’s father died in 1926 he left a sizeable estate to his widow.

In May 1915, manpower was desperately needed by the army and the Derby Scheme was introduced whereby if a man registered voluntarily he would only be called up when necessary.  The scheme was a failure and abandoned in December the same year. William, who was described in the 1911 Census as “an errand boy”, “signed up” under this scheme in January 1916 and was initially assigned to the Cheshire Regiment as Private Stringer, Service No. 4075. Prior to his enlistment, he had been employed by Messrs. Hart Davis & Sons, of Eastgate.

By September 1916, when William started to see active service, he was with the 9th Battalion, the Lancashire Fusiliers. They suffered heavy casualties from the fighting, disease and the weather during their time in the Dardanelles and it was with this regiment that William, now Service No. 37417, was to fight his war.

The Fusiliers arrived in France in July 1916 and William joined them in time to take part in the latter battles of the Somme. These would have included the attacks on Flers-Courcelette and Thiepval, in the area of the Zollern and Schwaben Redoubts.

Although William lived through these onslaughts, made under the worst possible conditions the weather and the enemy could conceive, he did not survive what was presumably a bombardment by trench mortars and artillery on 5th December 1916.

His body was never recovered and his life and sacrifice are remembered on the memorials at Thiepval, Hoole and Ellesmere College.

William was awarded the British War Medal and the Victory Medal. 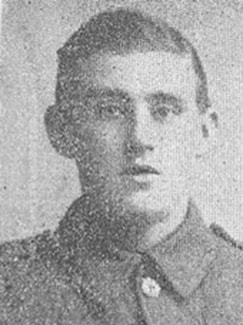