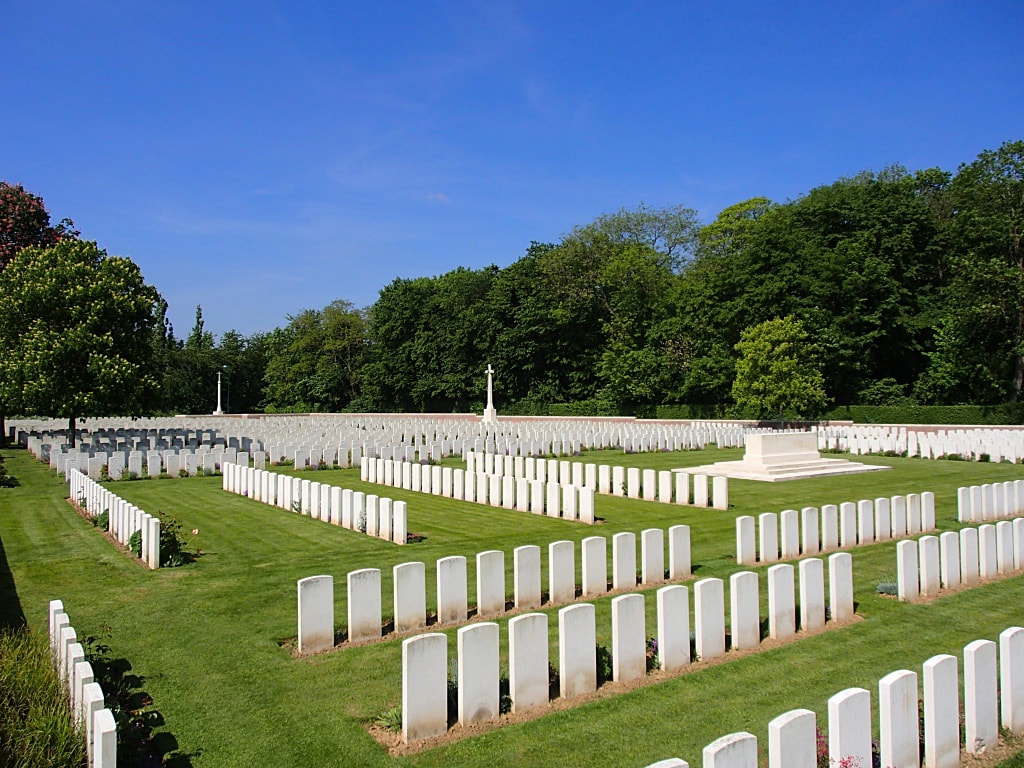 Wheelchair access to this site is possible by an alternative entrance.

Tilloy-Lès-Mofflaines was taken by Commonwealth troops on 9 April 1917, but it was partly in German hands again from March to August 1918.

The cemetery was begun in April 1917 by fighting units and burial officers, and Rows A to H in Plot I largely represent burials from the battlefield. The remaining graves in Plot I, and others in the first three rows of Plot II, represent later fighting in 1917 and the first three months of 1918, and the clearing of the village in August 1918. These 390 original burials were increased after the Armistice when graves were brought in from a wide area east of Arras and from the following smaller burial grounds:-

The cemetery now contains 1,642 Commonwealth burials and commemorations of the First World War. 611 of the burials are unidentified, but there are special memorials to 14 casualties known or believed to be buried among them. Other special memorials commemorate 11 men of the 6th Bn. K.O.S.B., buried in Tees Trench Cemetery No.2, whose graves were destroyed by shell fire. 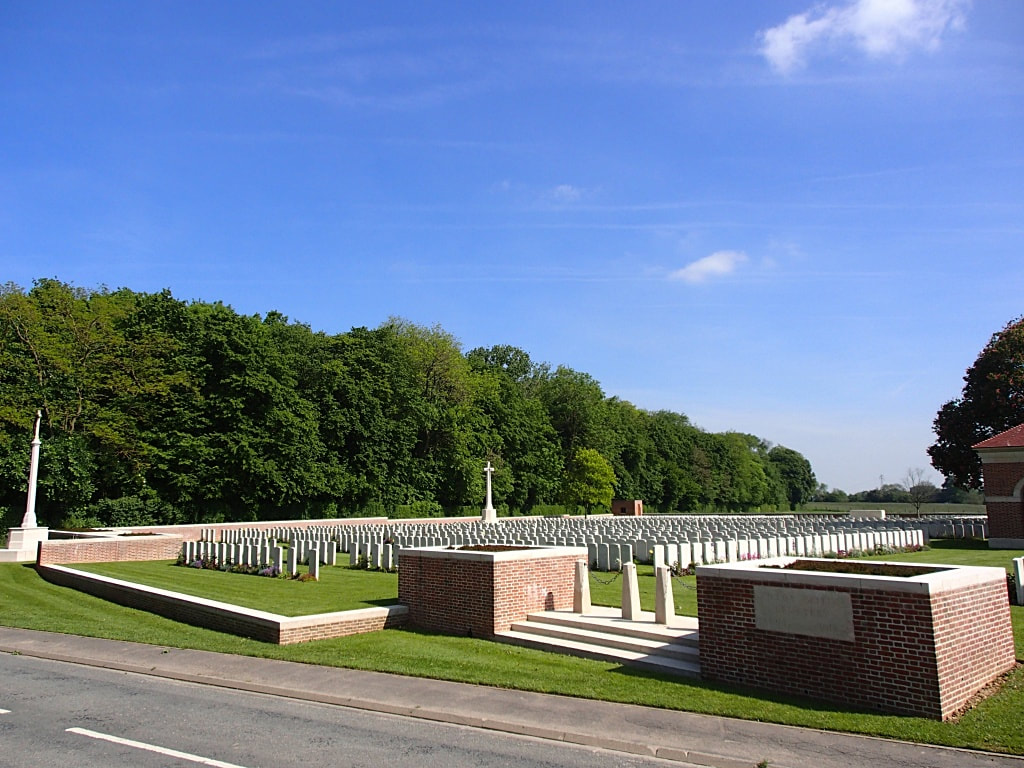 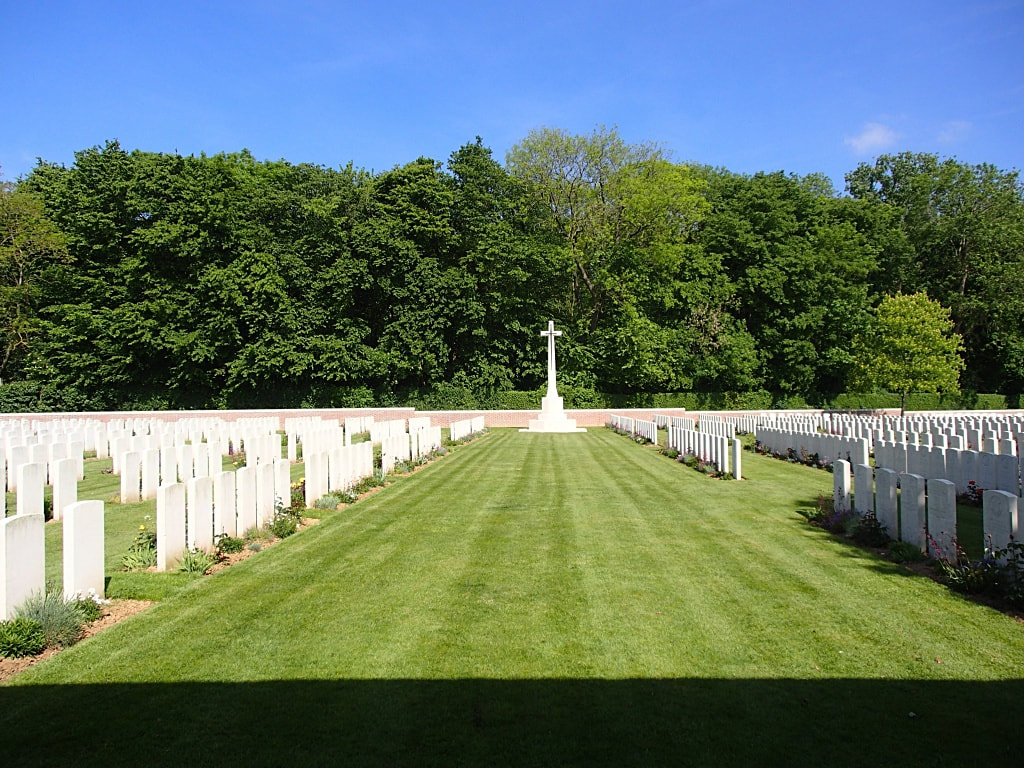 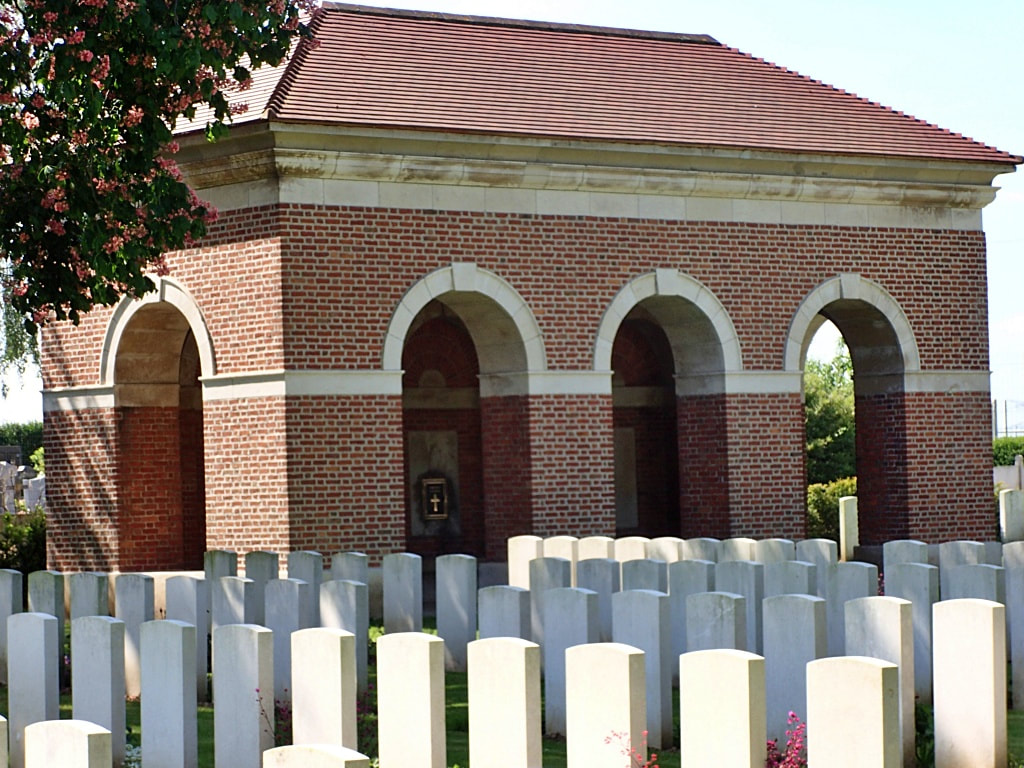 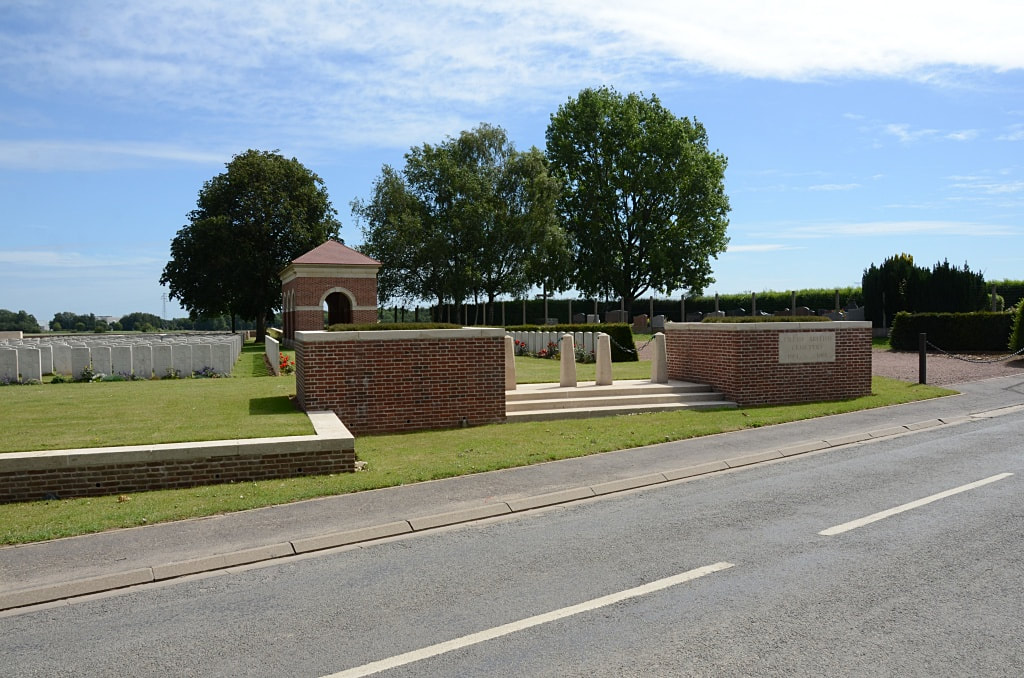 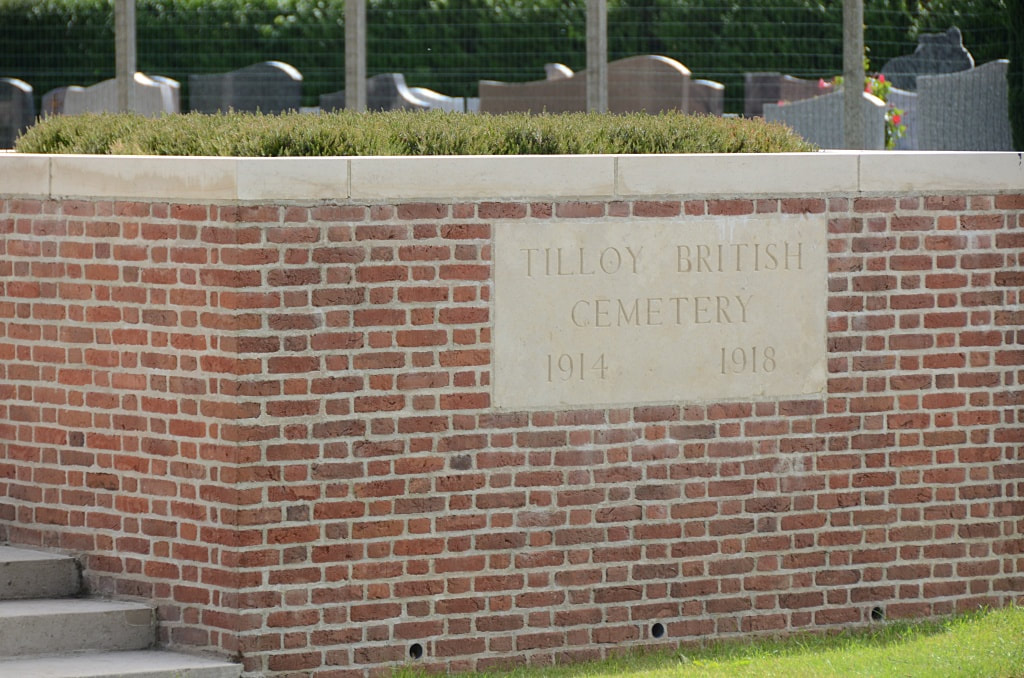 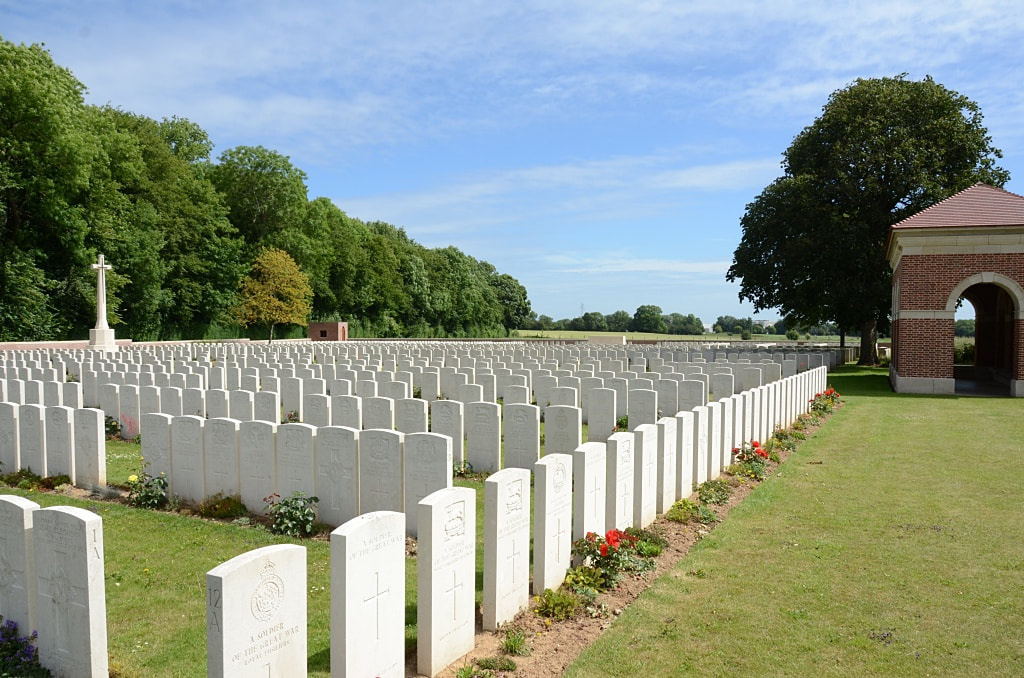 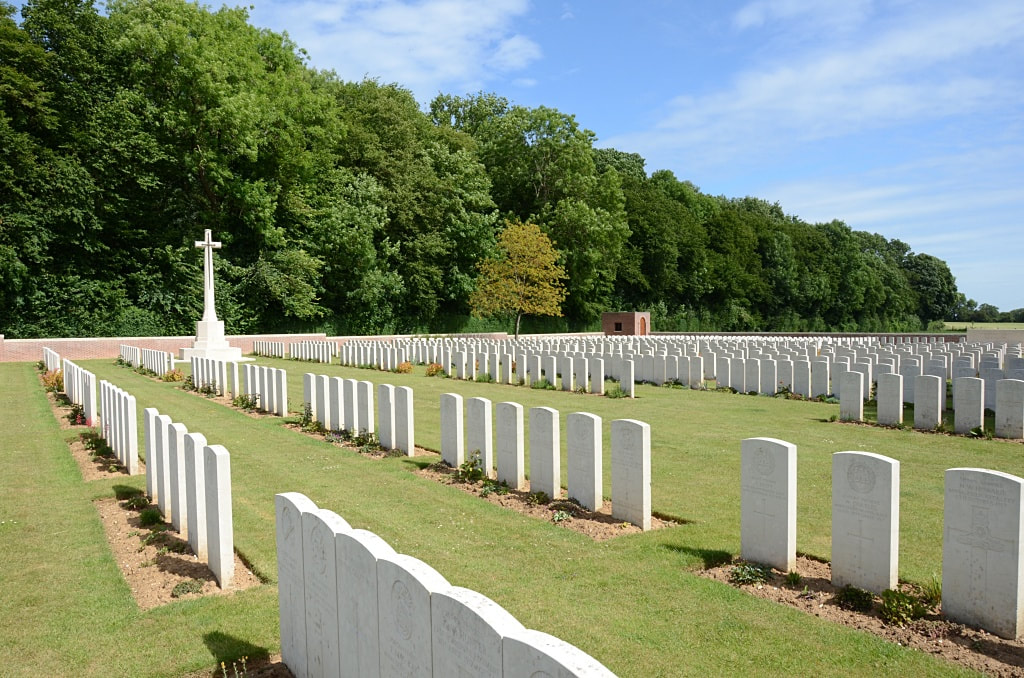 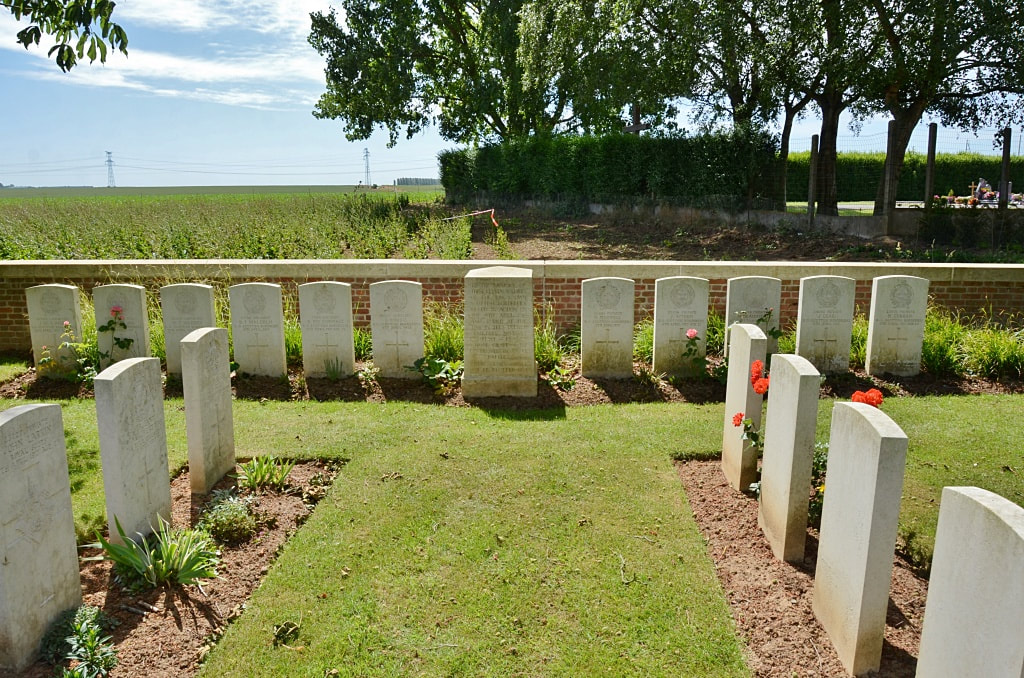 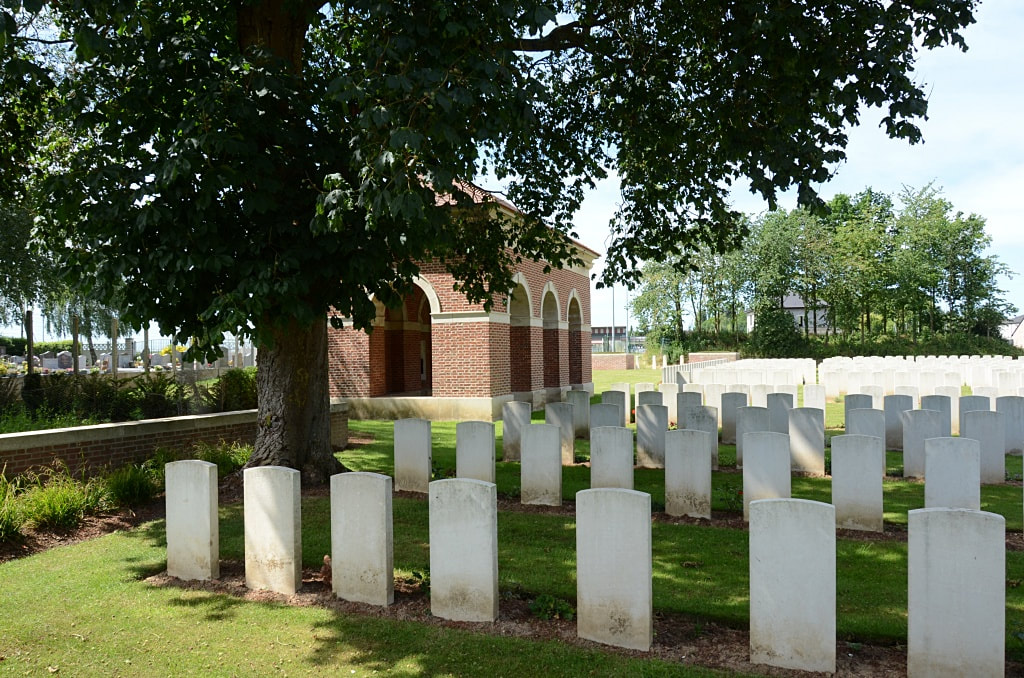 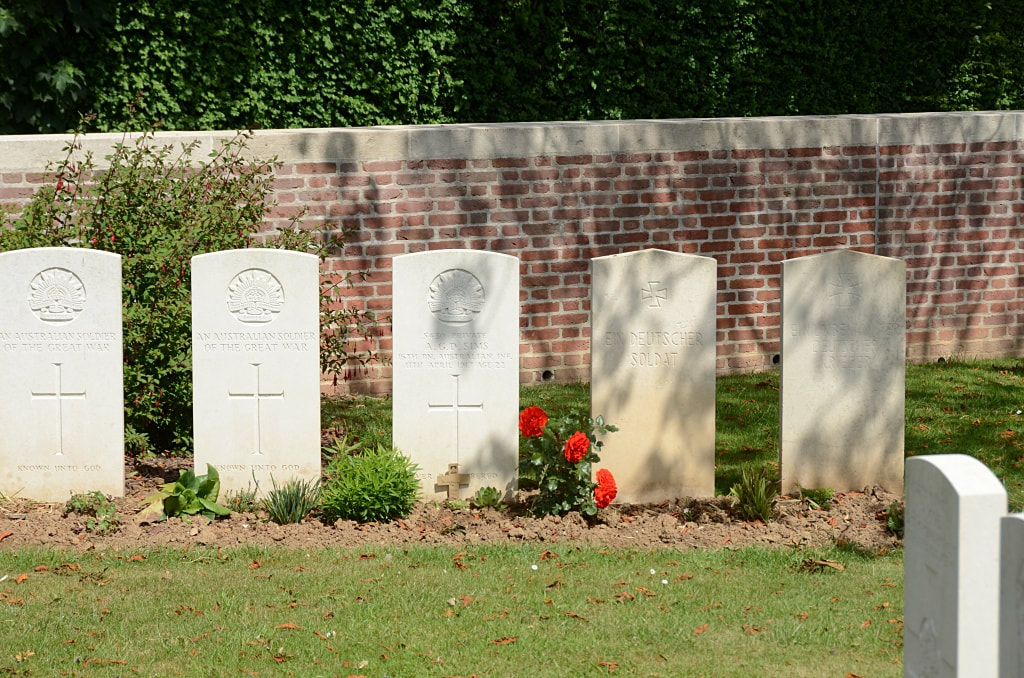 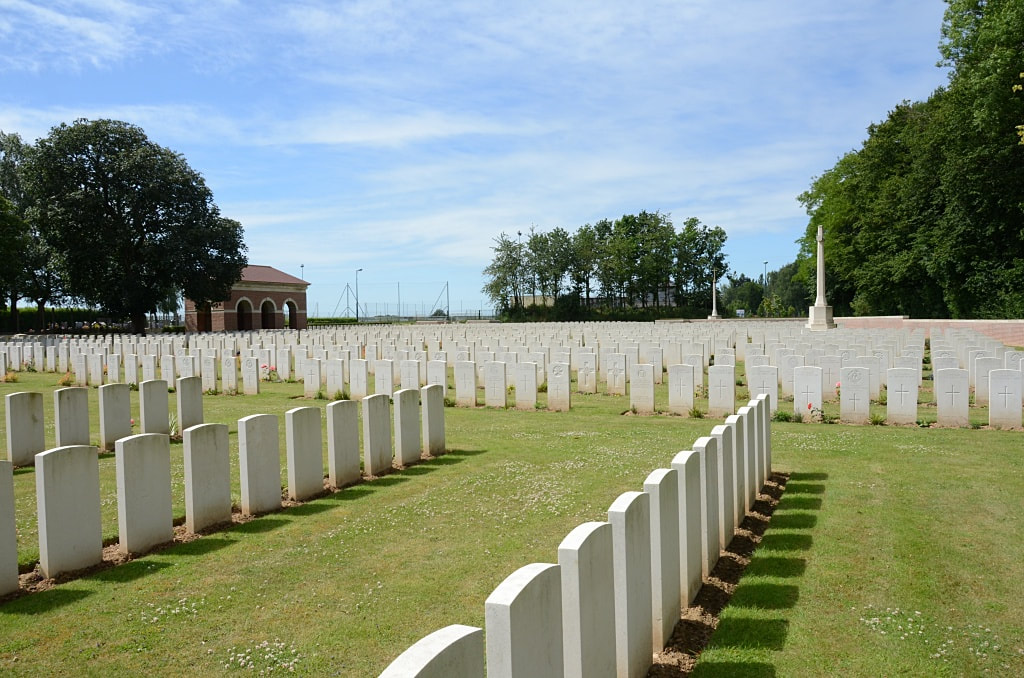 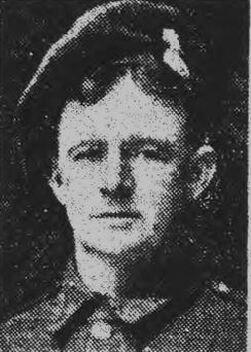 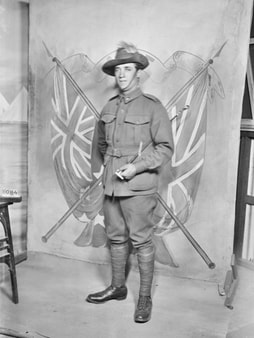 Sgt Garbellini enlisted on 3 February 1915 and was killed in action on 3 May 1917 at Bullecourt in France.

His headstone bears the inscription "Safe In The Arms Of Jesus" 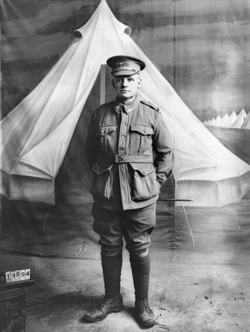 Studio portrait of 4717 Private (Pte) George Edward Goodman, 21st Battalion. A tanner from Preston, Victoria prior to enlistment, Pte Goodman embarked with the 12th Reinforcements from Melbourne on HMAT Euripides on 4 April 1916. Later reported as missing in action, a subsequent court of enquiry determined that he had been killed in action on 3 May 1917. His remains were later recovered and interred in the Tilloy British Cemetery, France.
​ 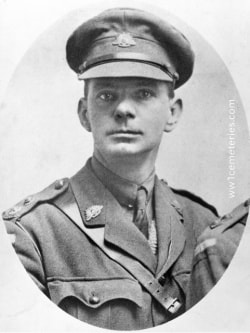 ​Son of the late John and Emily Kaler.

His headstone bears the inscription "In Memory Of The Dearly Loved Nephew Of Mrs. J. Blackburn" 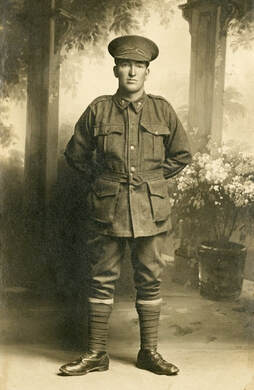 Son of Benjamin and Annie Simcock, of Walkerville, South Australia.

His headstone bears the inscription "Dearly Loved And Sadly Missed"

Studio portrait of 1818 Private (Pte) Albert Victor Simcock, 32nd Battalion. A labourer from Walkerville, South Australia, prior to enlistment, he embarked with the 2nd Reinforcements from Adelaide on 11 January 1916 aboard HMAT Borda for Suez where he was transferred to the 15th Battalion. His new unit relocated to the Western Front, France, in early June 1916. Pte Simcock was wounded in action on 8 August 1916 near Albert, France, and was evacuated to England for treatment and recuperation before rejoining his battalion in mid-January 1917 at Bazentin, France. Pte Simcock was wounded in action on the second occasion near Bullecourt, France, on 11 April 1917 and died of these wounds the same day. He was aged 29 years. His younger brother 2696 Sgt Edgar Benjamin Simcock, MM, served initially with the 4th Light Horse Field Ambulance in Egypt before transferring to the 1st Australian Field Ambulance on the Western Front in France and Belgium where he was awarded the Military Medal and afterwards rose to the rank of Sergeant. He returned to Australia for discharge on 6 July 1919. The youngest brother, 2015 Pte Sydney Charles Simcock enlisted in the 9th Light Horse Regiment and embarked for Egypt where he was transferred to the 14th Field Artillery Brigade and served on the Western Front, France before returning to Australia for discharge on 31 March 1919. 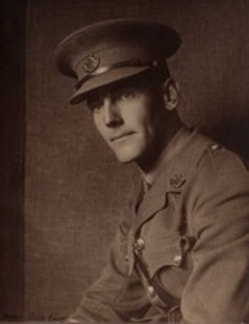 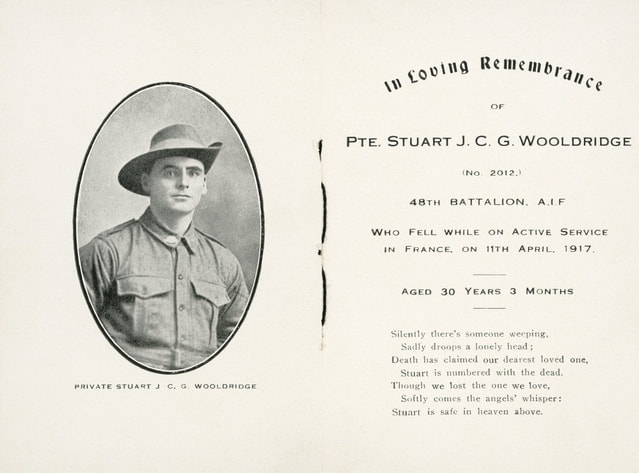 Studio portrait of 2012 Private (Pte) Stuart John Charles George Wooldridge, of Stone Hut, SA. A labourer before enlisting in March 1916, Pte Wooldridge left Australia for England with the 3rd Reinforcements and arrived in France for service on the Western Front in December 1916. Pte Wooldridge was killed in action during the 4th Division's attack on the Hindenberg Line at Bullecourt on 11 April 1917, aged 30. The portrait appears inside a memorial booklet produced by Pte Wooldridge's parents, "In Loving Remembrance", and is decorated with the 48th Battalion unit colour patch and a "For King and Empire" motif.