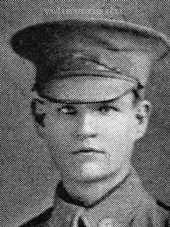 A member of the 1st (later 35th) Battalion, of Parramatta, NSW. A farm labourer prior to enlisting, he embarked from Sydney aboard RMS Osterley on 10 February 1917. Pte Bale died on 22 November 1917, in the 2nd Australian Casualty Clearing Station, France of wounds sustained in action, aged 19. He is buried in the Trois-Arbres Cemetery Steenwerck, France. 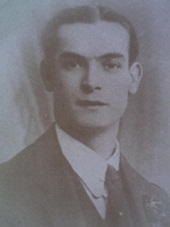 Son of Christina and Woolfe Benjamin of Islington, London 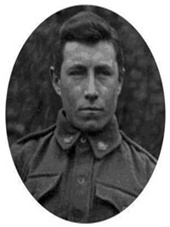 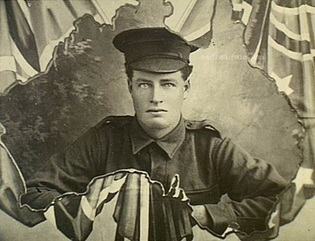 From Gayndah, Qld. A farmer prior to enlistment, Pte Brown embarked with the 5th Reinforcements from Melbourne on HMAT Commonwealth on 19th September 1916. He was killed in action on 28th December 1917 and is buried in Trois Arbres Cemetery, Steenwerck, Belgium. 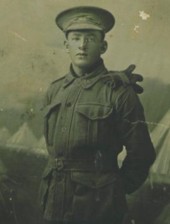 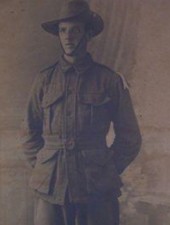 Picture courtesy of Gillian Lewis, great niece of this soldier 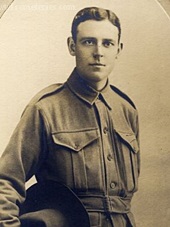 An auctioneer from Coburg, Victoria, enlisted in August 1914 aged 27. He died on 13 December 1917 of a bomb wound, resulting from an accident. 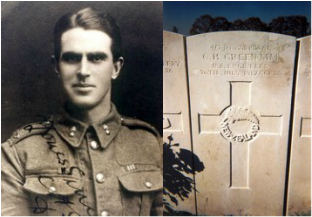 
MILITARY MEDAL
L.G.9 December 1916, p12058, Rec No 173
From 17th to 20th September 1916, he located and repaired wells in the newly captured village of Flers. This service was performed under continuous shellfire. He has done consistently good work throughout from April to September in France.

Pictures courtesy of Michael Broad of Dunedin, New Zealand, nephew of this soldier 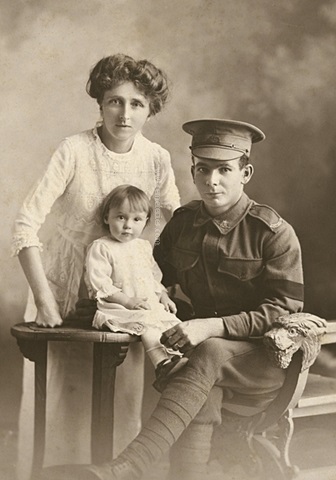 Family portrait of 2319 Private (Pte) Stafford John his wife Margaret and their baby Lillian Marion. Stafford enlisted in the AIF serving as 2319 Private (Pte) Greer, 42nd Battalion, of Brisbane, QLD. A butcher prior to enlistment, he embarked from Brisbane with the 4th Reinforcements on board HMAT Boonah (A36) on 21 October 1916. Pte Greer served on the Western Front and died of wounds at Warneton, Belgium on 1 August 1917, aged 26. 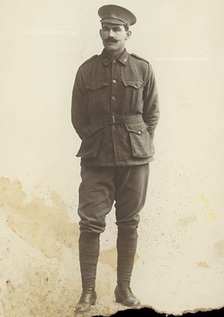