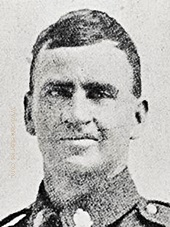 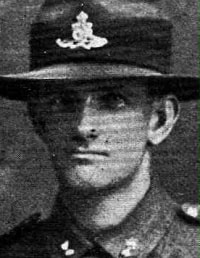 Family recount that a family house in Auckland was named "Trois Arbres" after the war in his memory. Three brothers enlisted for service in WW1. Leonard Joseph Martin, (10623) and Raymond Robert Martin (10635) saw active service abroad and Allan George Martin (35296) enlisted but did not embark. 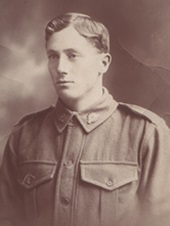 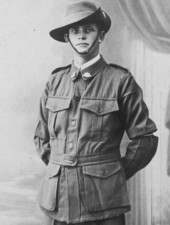 Cliff was wounded in the leg while doing trench maintenance south of Messines 22nd July 1917. He was taken to the 2nd Casualty Clearing Station at Steenwerck, and died of wounds next day. 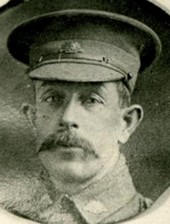 Son of Henry Lewis Williams and Bessie Williams; husband of A. Williams, of Netherby, Victoria, Australia. Native of Broomfield, Victoria.

My grandfather, Lewis Williams' date of death is given officially, 4th August 1917, although the letter my grandmother received, I still have the original, from the chaplain at the casualty clearing station, indicated that he was “brought in on the 4th and died the next day”.

My grandfather had three sons, of which, my father, the youngest was born in 1915. As a man in his late 30’s, with family responsibilities, the family story is that he was reluctant to join up, particularly while my grandmother was pregnant, but eventually did so in April 1916, when my father was nearly a year old. He left for England, with the 2nd replacements for the 39th Battalion in August 1916, went into France in May 1917, and died from wounds received, I believe, during the Messines campaign in August 1917.

Photo and text courtesy of his grandson Peter Williams of Tasmania, Australia