The information below supplied by 'The Ellesmerian Club', the alumni organisation for Ellesmere College where Bertram was a pupil.

​Bertram Freer Abbott, the son of Frederick, a cabinet maker, and his wife Dora Mary was born on 28th July 1883 in Lewisham, London. Little is known of his early childhood other than that in the 1891 Census he was recorded as visiting his grand-parents at their house in West Derby, Liverpool. Three years later, in 1894, his father passed away.

He was one of twenty-seven new boys that were admitted to Ellesmere College, north Shropshire in January 1897. The Headmaster’s Register of the time records that he had attended the Liverpool Institute for the previous four academic terms. A fellow new boy was Gilbert Orchard who would die on active service in April 1915. Bertram was allocated to the ‘Woodard’ dormitory and a desk in Form Lower I under the instruction of Mr. F. W. Evans. There were one hundred and seventy boys on the nominal roll.

As soon as he arrived at Ellesmere, Bertram became involved in various sports. He demonstrated his ‘kicking’ prowess at the Easter Sports Day and played cricket for his dormitory team that summer making quite an impression as The Ellesmerian recorded that “we have high hopes for the future gauging from his doughty doings for his dormitory, both with the willow and in fielding”. In the winter term he represented his dormitory on the rugby pitch, playing ‘half’. The ‘Woodard’ dormitory did well during that year’s inter-dormitory competition winning two games but the final against the ‘Alfred’, a very successful and strong team, on 9th December 1897 was described as “a feeble display on account of the one sidedness of the teams”.  However, the commentator did note that “Abbott made some plucky efforts” outside the scrum.

In the classroom he was awarded the Form Upper I Form prize and Latin prize at Speech Day and Prize-giving 1897.

Bertram left Ellesmere at the end of the Easter Term 1898 and did not maintain any contact with the college or the Old Ellesmerian Club. The 1901 Census recorded that he was 17 years old, single and an apprentice chemist in Liverpool. Ten years later he was still single and employed as the manager at a chemical factory, boarding at Berkley Street, Liverpool.

Bertram enlisted in August 1914, soon after the outbreak of war and served with the 1/6th Battalion, (The Rifles) the King’s Liverpool Regiment as Private Abbott, Service No. 240469. At the time of his enlistment the battalion was stationed at Princes Park Barracks, Liverpool and was part of the Liverpool Brigade, the West Lancashire Division. His military service records have not survived but from his Medal Card it is possible to determine that he embarked for active service in France on 24th February 1915 and arrived at Le Havre the next day.

The battalion transferred to the 15th Brigade, 5th Division and fought at the Second Battle of Ypres and the capture of Hill 60. The following November the unit was attached to the Third Army over the winter. In January 1916, the battalion was part of the newly formed 55th West Lancashire Division which was based in the Hallencourt area. Weeks later, the Division relieved the French 88th Division, just south of Arras and by July were in the Somme, holding a section of front line near Guillemont.

The men saw action of the Battles of Guillemont, Ginchy, Flers-Courcelette & Morval. In October, they were manning the front line between Wieltje and Railway Wood.
In 1917 they went into action at the Third Battle of Ypres, seeing action at Pilkem Ridge and Menin Road and it was probably during these actions that Bertram was either wounded, which lead to his death on 20thSeptember or killed outright. The latter seems more likely as his body was never recovered or identified and his sacrifice is commemorated on the Tyne Cot Memorial, Zonnebeke, Belgium along with the names of some 35,000 other individuals who have no known grave.

For his service to his King and Country, Bertram was awarded the Victory Medal, the British War Medal and the 1914-1915 Star. His personal effects were returned to his mother. At the time of his death he held the rank of Corporal. 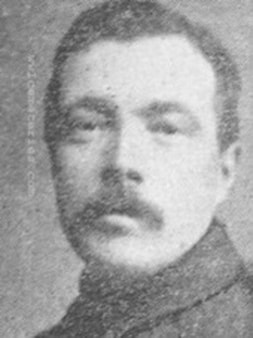 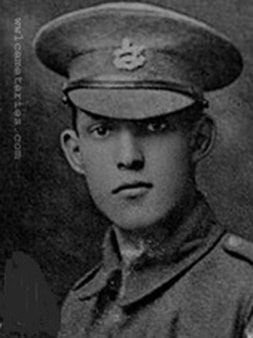 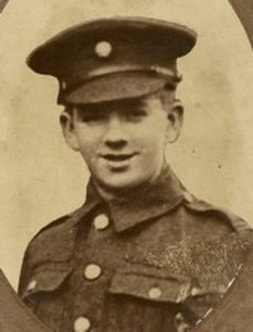 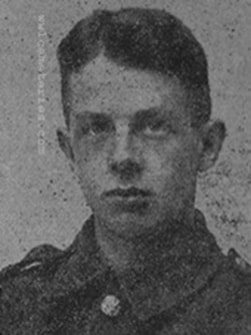 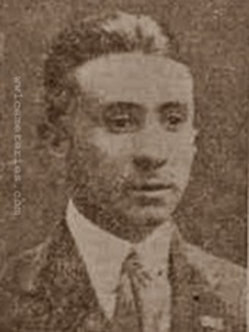 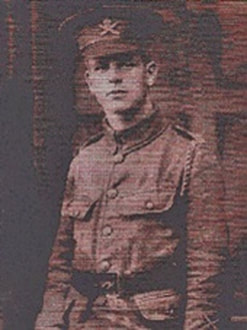 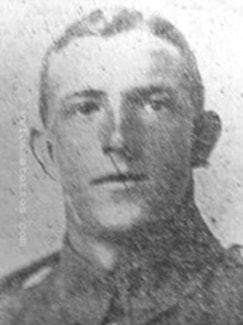 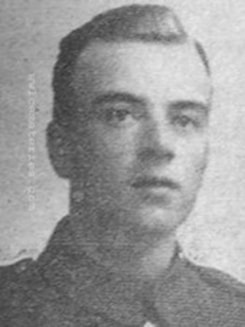