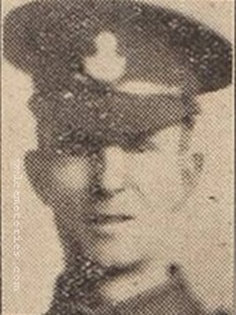 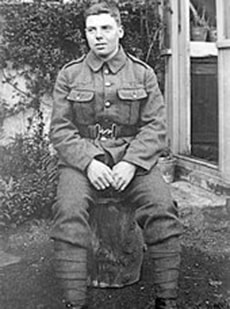 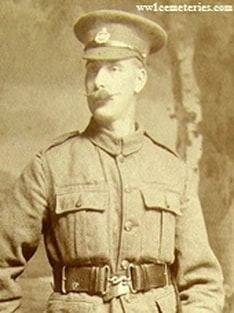 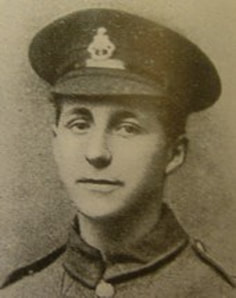 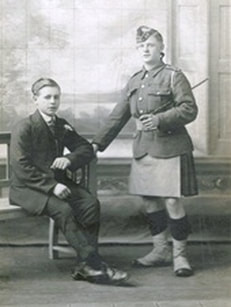 ​After the war his grave was among those the Army Graves Service was unable to trace and he is therefore commemorated by name on the Tyne Cot Memorial, Passendale, Belgium.
The names of the servicemen of the Gordon Highlanders are engraved on Panels 135 – 136 of the memorial.
He is also commemorated on the Willington War Memorial, Durham.
Per information I found at the National Archives, his medal card under roll no. G/1011312, states he was awarded the Victory & British Medals.

Thomas William Gatiss was the eldest child of David Gatiss & Frances Ann Gatiss (nee Plant) of 4 Belle Vue Terrace, Willington, Durham. A much loved son & brother to 10 siblings, John Plant; Ernest Victor; David Frederick; Percy Dennis; Lilian; Herbert Arnott; Frances Ann; Ivy; Amy; Walter:
Deeply missed always by his loving family; in particular his first-born sister Mrs Lilian Plant (nee Gatiss), who in January 1989 (just four months before she passed away) and two years after her correspondence began with the CWGC, successfully got to see his full “Roll of Honour” details, updated in the Tyne Cot Memorial Register, when it was re-printed: Her family are indebted to the CWGC for their help & assistance in updating the record, & settling the mind of our wonderful grandmother in her final months.
The above image shows Thomas William Gatiss in his uniform with his brother John Plant Gatiss (1900-1968) taken c. 1916/17.

On behalf of all his extended loving family, who loved & love him still. R.I.P. 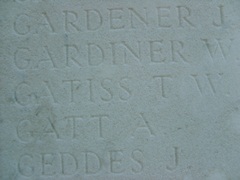