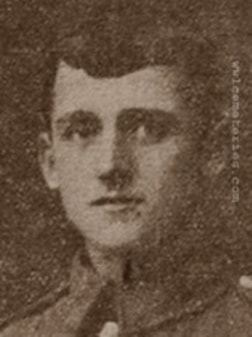 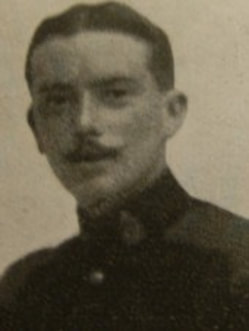 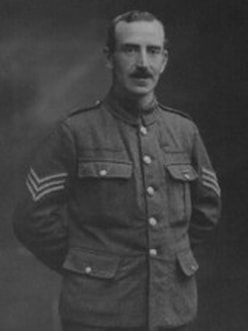 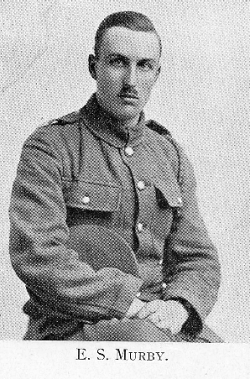 The information below supplied by 'The Ellesmerian Club', the alumni organisation for Ellesmere College where Edward was a pupil.
​

Edward Stanley Murby was born on 15th November 1896, the son of William E. and Mary (née Smith) Murby. Originally from the south of England, Edward’s family were living in Hale, Cheshire, when he started his two year career at Ellesmere College.

On his arrival in January 1911, he was placed in the ‘Heywood’ dormitory which he was to represent at football, hockey and cricket.   He was a member of the winning soccer team in the Autumn Term of 1912 inter-dormitory competition. In that year, he won the Form Prize for Maths and the Form Instrumental Prize. He was also to win the High Dive for Over 15’s in the summer. Edward was elected to the Debating Society in his final term and was also a member of the newly formed fire brigade.

Edward left Ellesmere and went to work for the Tootal Broadhurst Lee Company, cotton spinners and manufacturers, and it was from their employ that he enlisted to become Private Murby, Service No: 117276, ‘C’ Battery, the Royal Field Artillery. The unit was raised in August 1915 by the Thames Ironworks Company and seconded to the 186th Brigade.
This Brigade took part in many of the main actions of 1916 and 1917, thus Edward would have been involved in the attacks on Thiepval and the Schwaben Redoubt in the autumn of 1916.   In the latter months of that year, the Brigade moved north to Ypres where it maintained heavy fire on enemy strong points.

At 0400 hours on 31st July 1917, in appalling weather, the Third Battle of Ypres began. The Brigade sustained heavy casualties, but managed to maintain its bombardment of the enemy.   A real problem was the receiving of supplies as the horses and the routes they followed were targets for the enemy gunners.

On 18th November, the guns were moved to Passchendale and, for twenty-four hours a day, they ceaselessly harassed enemy movements. They were not, however, able to avoid attack for “the enemy’s artillery carried out most intense shoots daily in the areas occupied by the guns, and the casualties to the guns were numerous”.  They could not move the guns to a safer position.   “The ground around the batteries was simply a mass of shell craters filled with liquid mud and it was practically impossible to move a single gun from its position.”

Edward was one of those who lost his life in these conditions. His official date of death is given as 13thDecember 1917. His body was never identified or recovered and he is remembered on the Tyne Cot Memorial, very near to where he lost his life. He was awarded the British War Medal and the Victory Medal
​
The life of Lance Bombardier Murby is also commemorated on memorials at Hale and Ellesmere College. The memorial that was at Bradbury Central School, Altrincham, which Edward attended, was lost when the school moved premises.