Verberie is a village on the River Oise, 11 kilometres south-west of Compiegne on the main road to Senlis and Paris.

Verberie was the scene of fighting on the 1st September 1914, and in 1918 French Ambulances were stationed in the village.

Verberie French National Cemetery adjoins the South side of the Communal Cemetery. The British graves are of 1914 and 1918, and were brought in from the following cemeteries after the Armistice:-

ESTREES-ST. DENIS COMMUNAL CEMETERY FRENCH EXTENSION, where six soldiers and airmen from the United Kingdom and one Canadian Cavalryman were buried in March and June 1918.
FAYEL COMMUNAL CEMETERY FRENCH EXTENSION, which contained 849 French and six German graves and that of one British soldier who fell in August 1918.
GLAIGNES MILITARY CEMETERY, on the North side of the village, where 22 British soldiers who fell on the 1st September 1914, one who fell in July 1918, 63 French and 35 German were buried.
SERY-MAGNEVAL FRENCH MILITARY CEMETERY, which contained 130 French graves, 36 American, 20 British (of 1918) and 81 German.

There are now over 70, 1914-18 war casualties commemorated in this site. Of these, over a quarter are unidentified and a special memorial records the names of twelve men of "L" Battery, R.H.A., who fell in the Affair of Nery: five are buried here and seven at NERY COMMUNAL CEMETERY, non of whom could be individualy identified, hence they are all commemorated at both sites. Also included are the names of twelve of the seventeen men of the 2nd and 5th Dragoon Guards, who fell in the Affair of Nery and are buried in this grave. 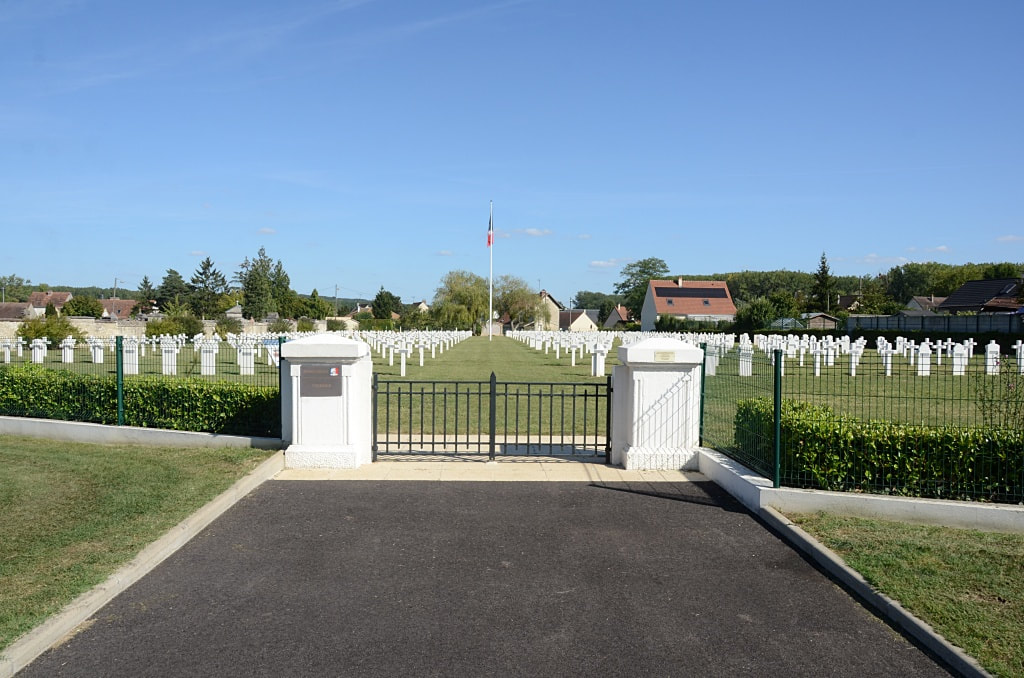 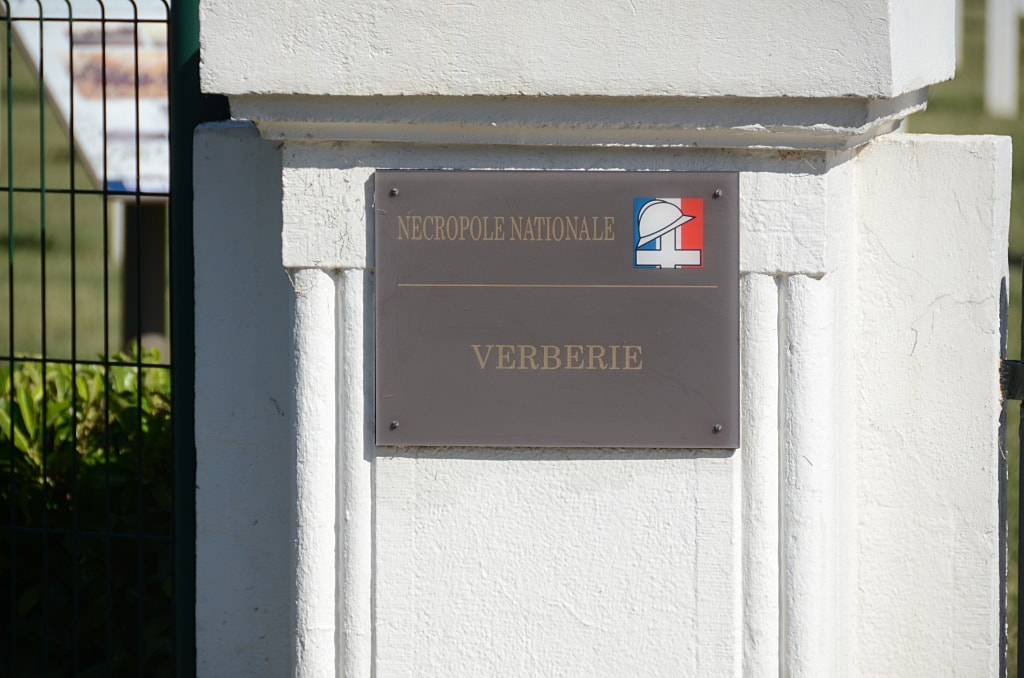 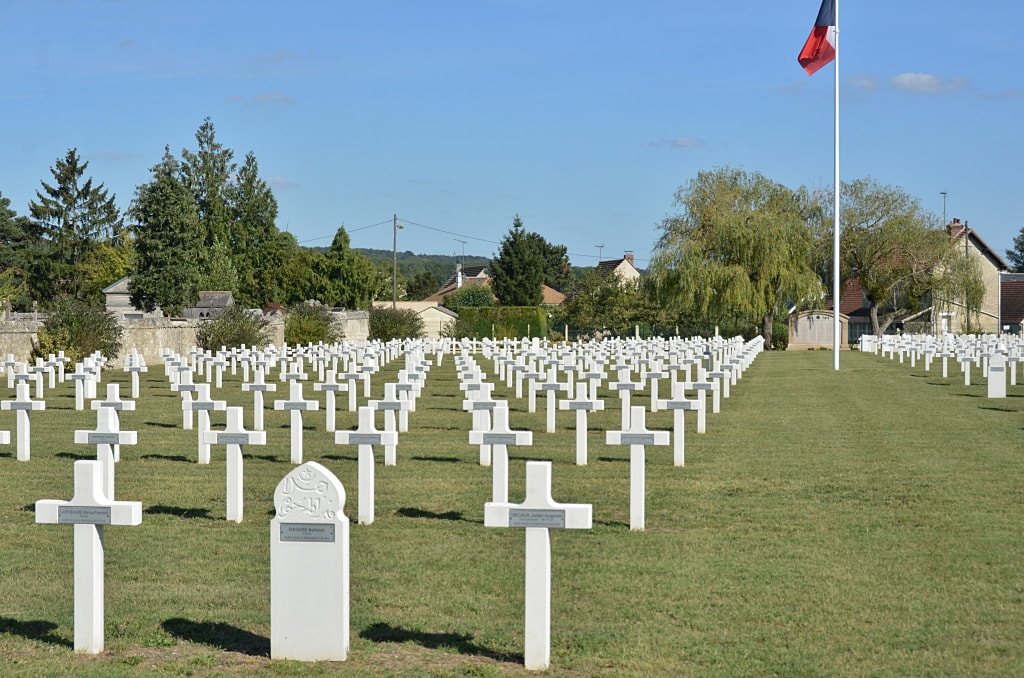 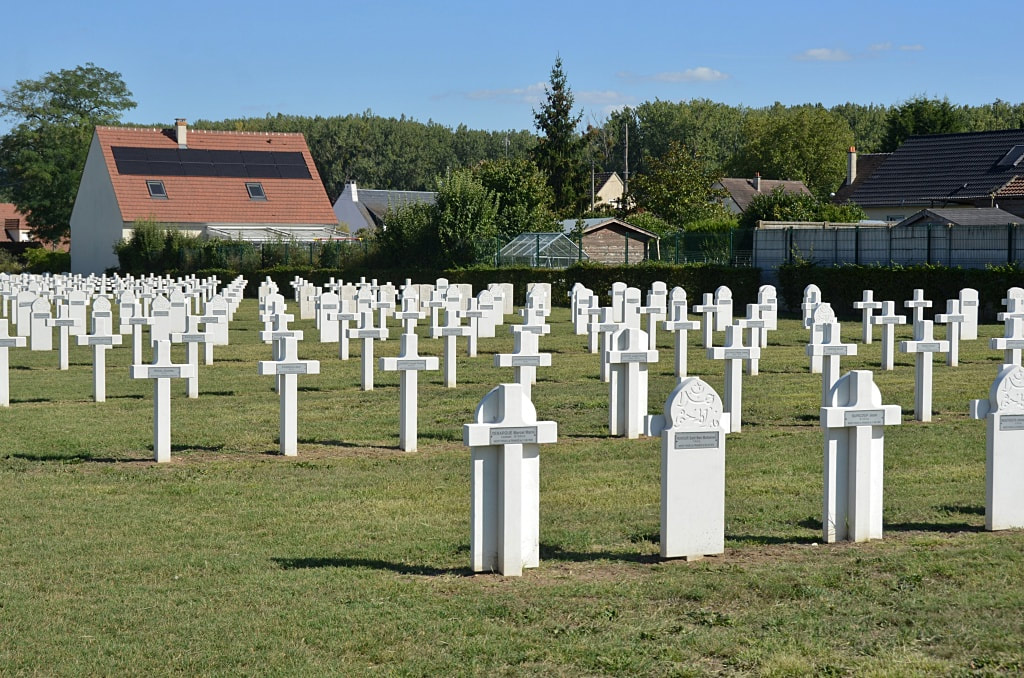 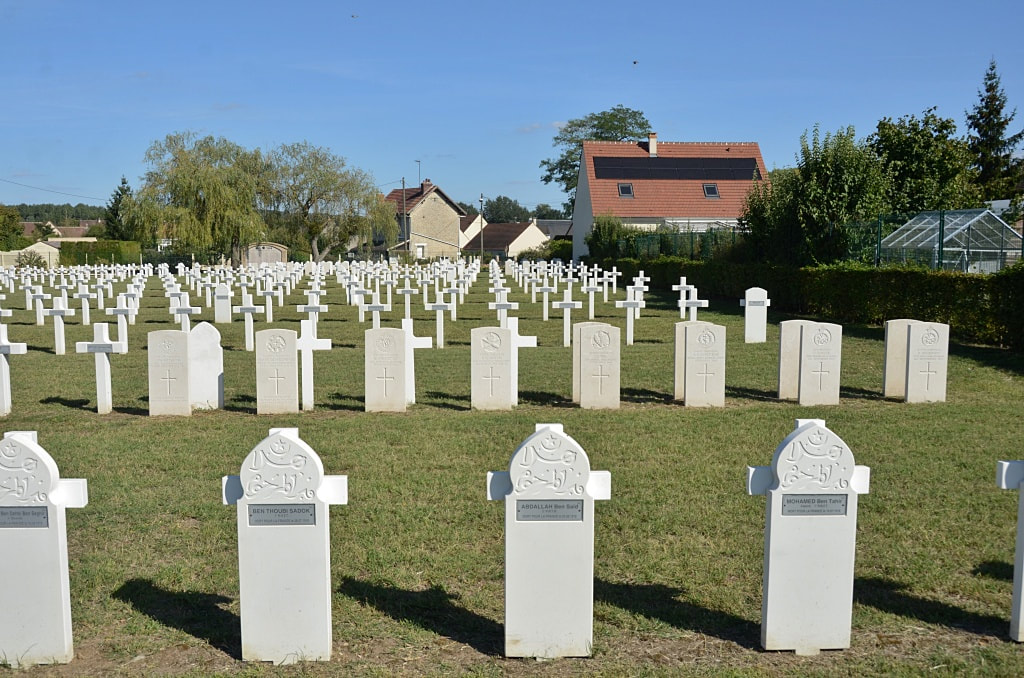 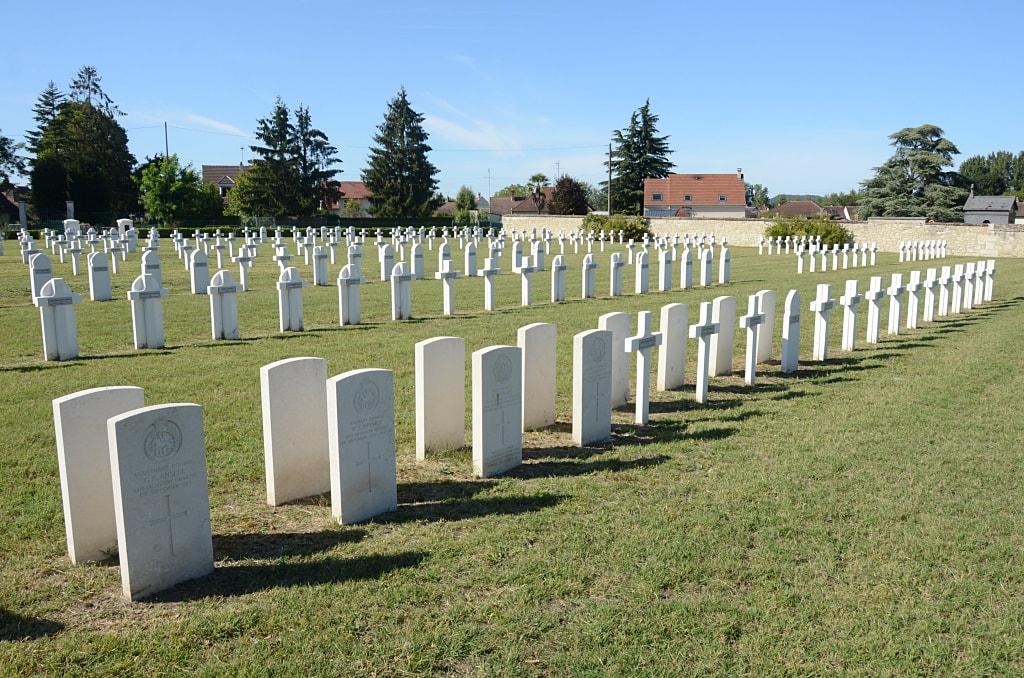 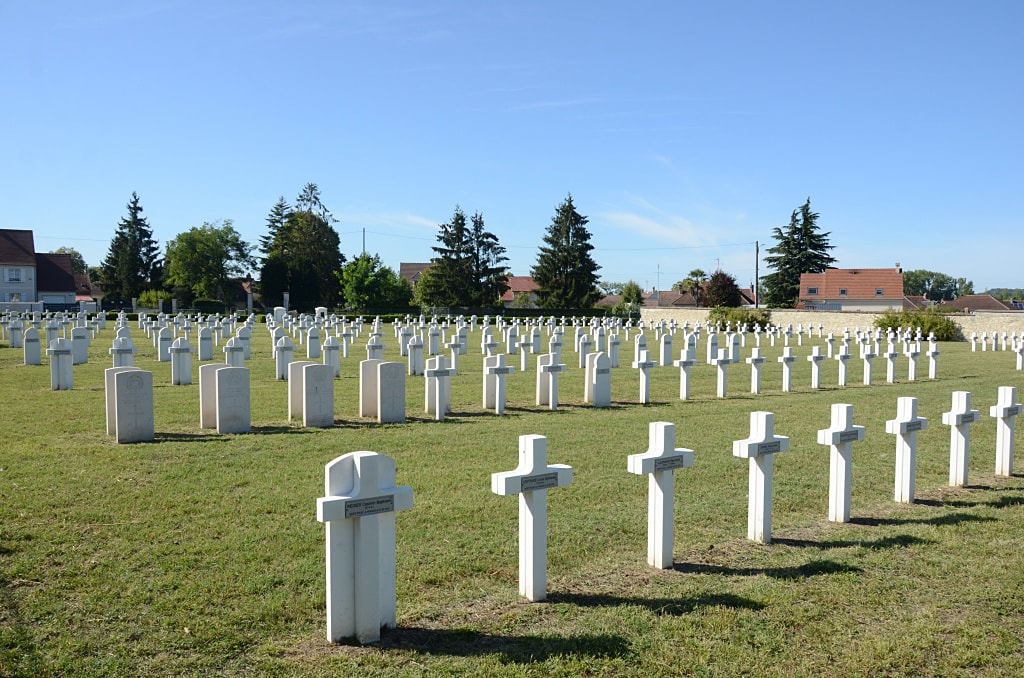 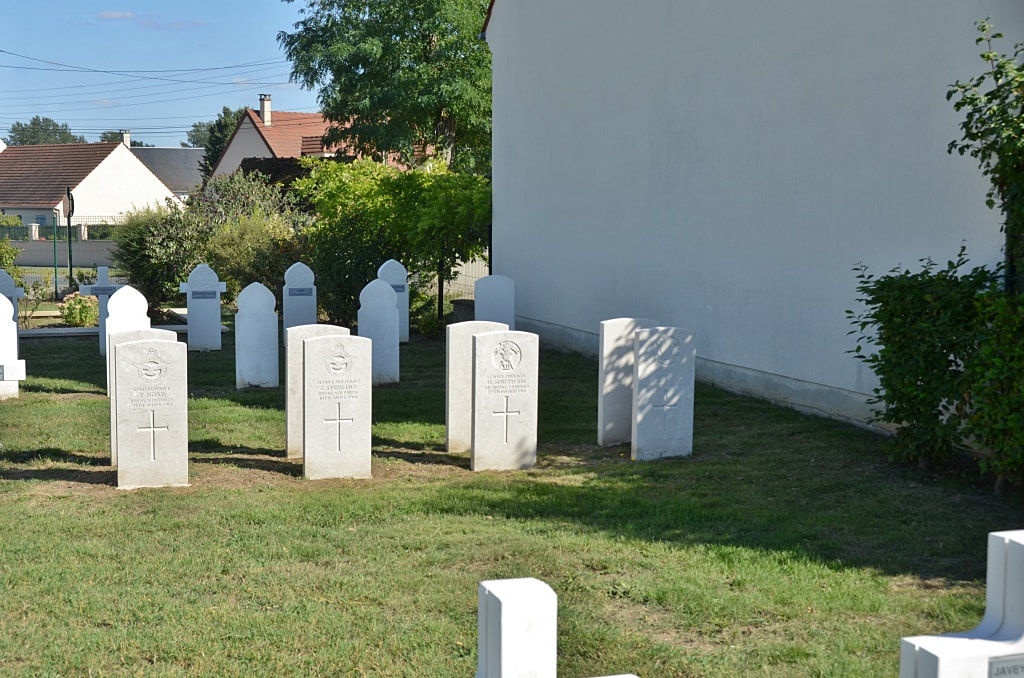 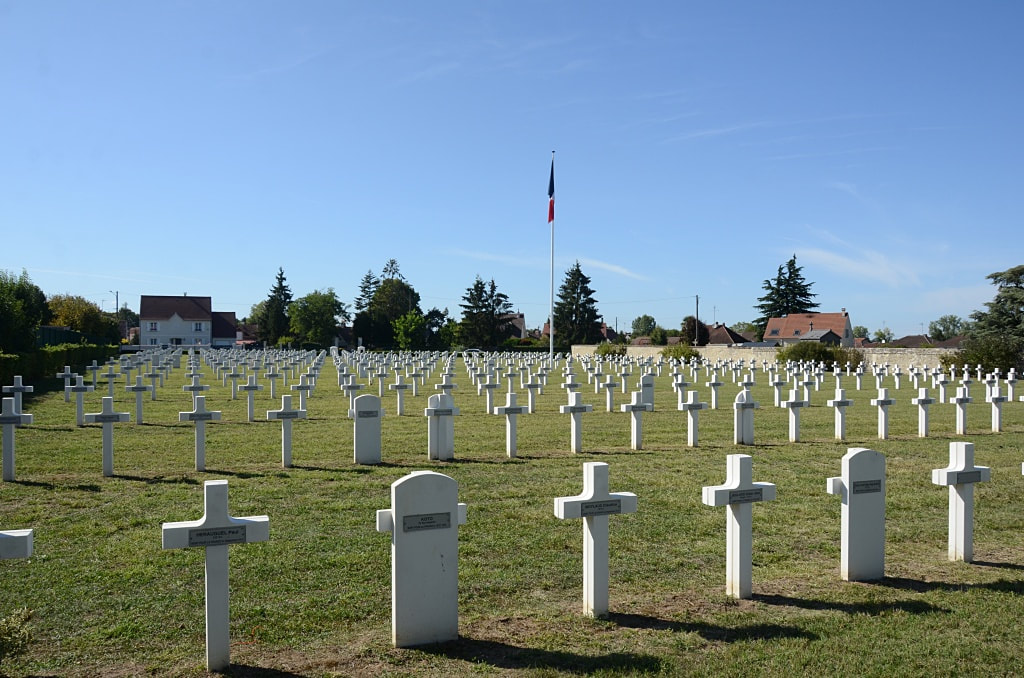 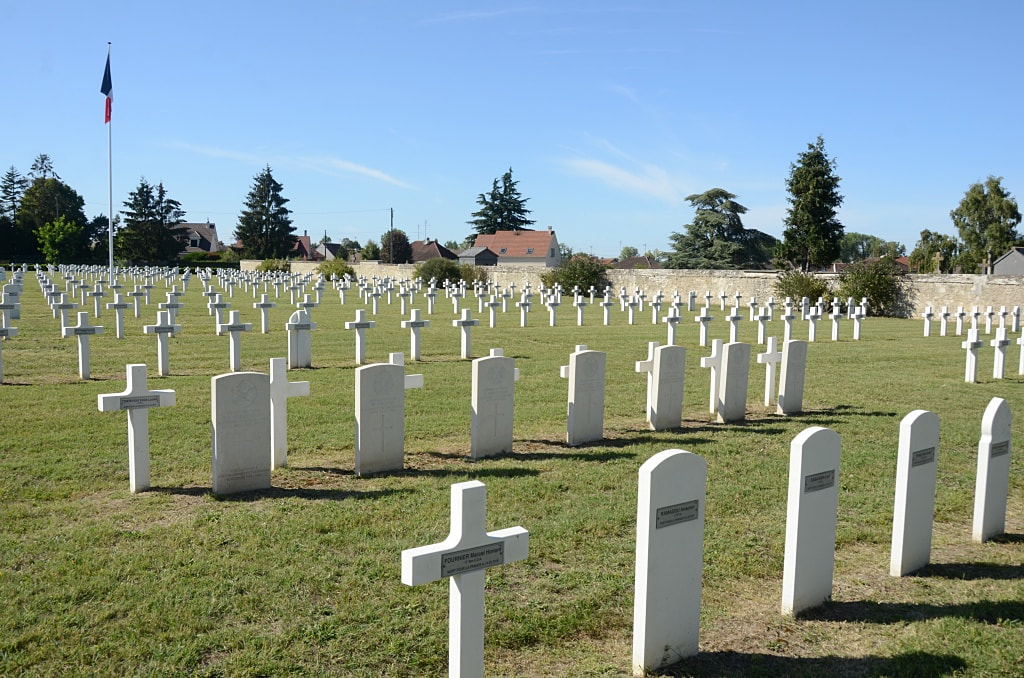 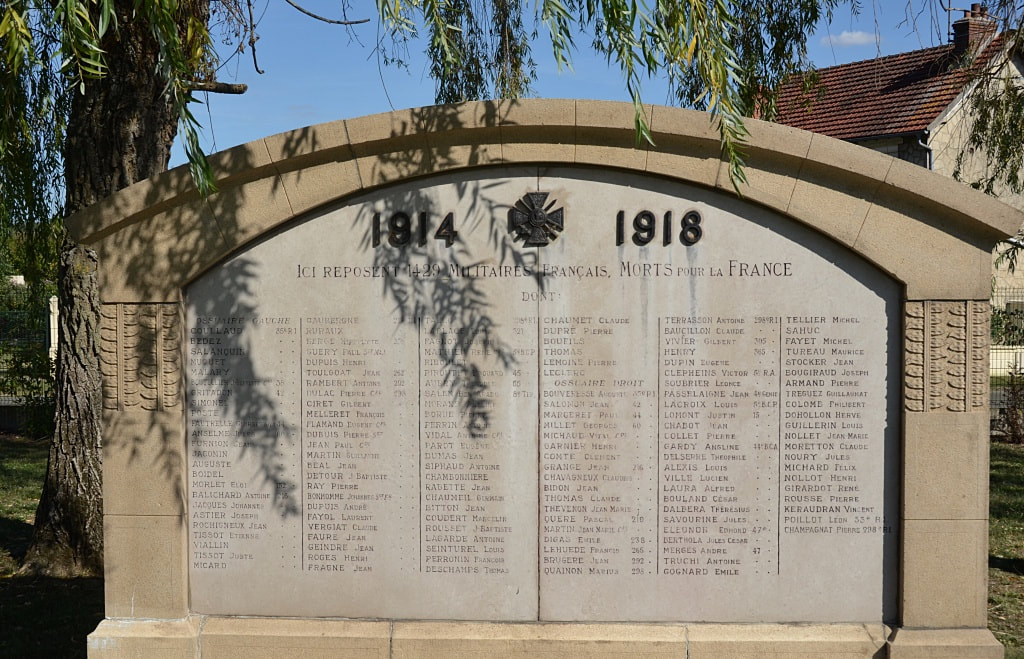 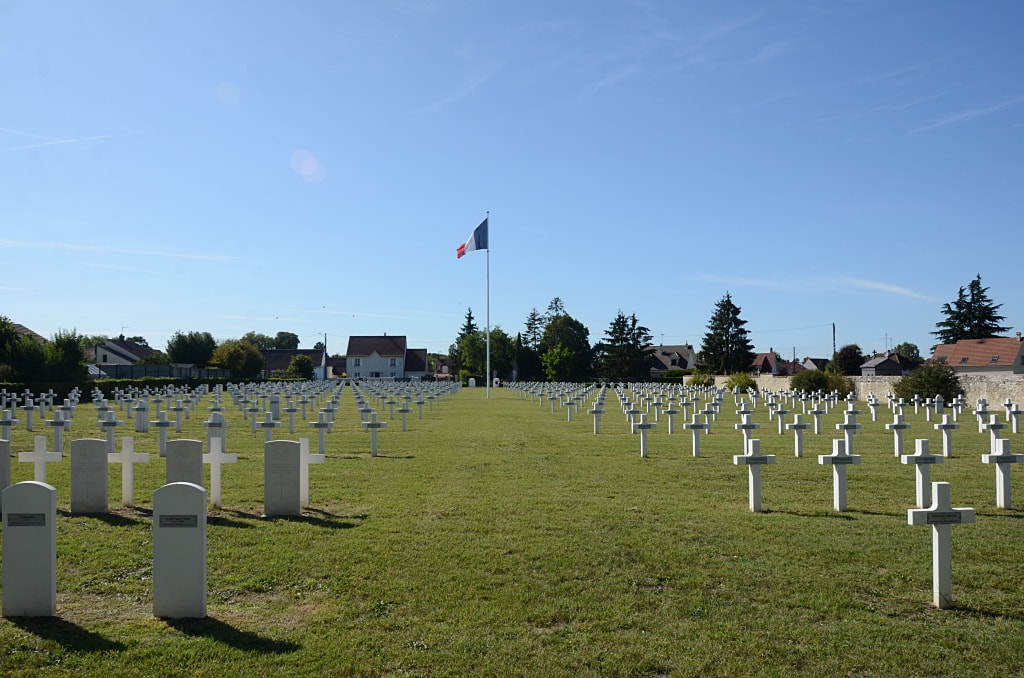 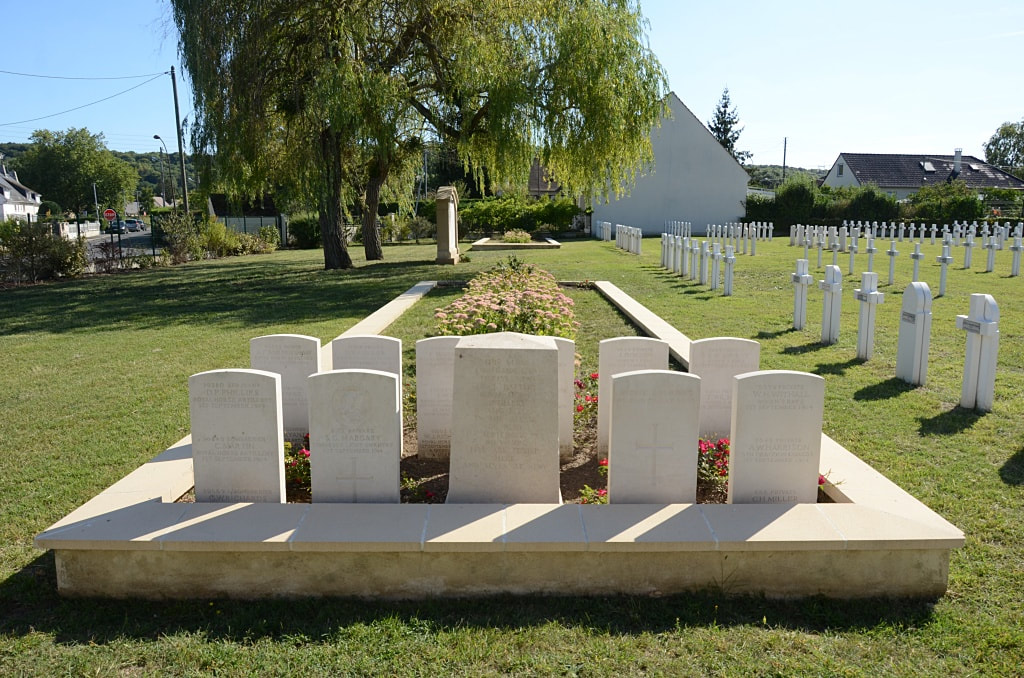 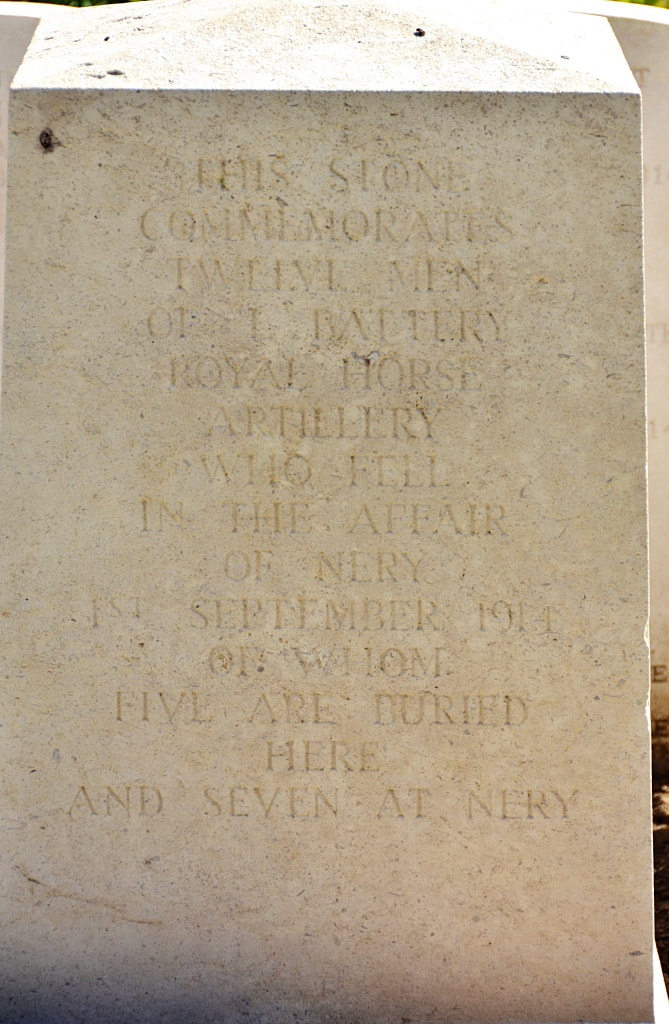 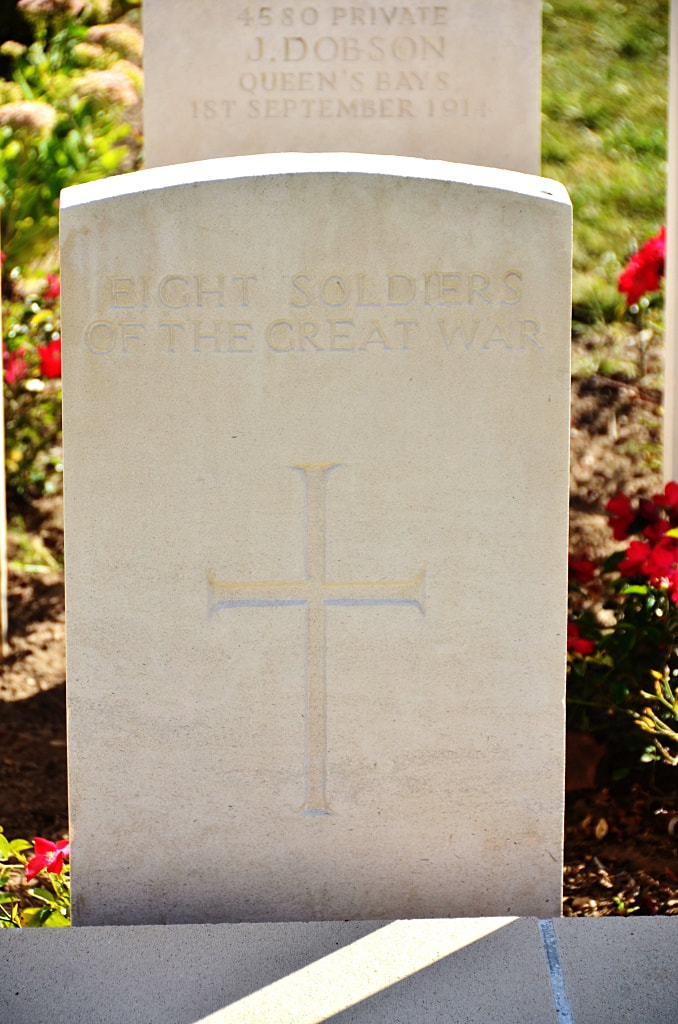 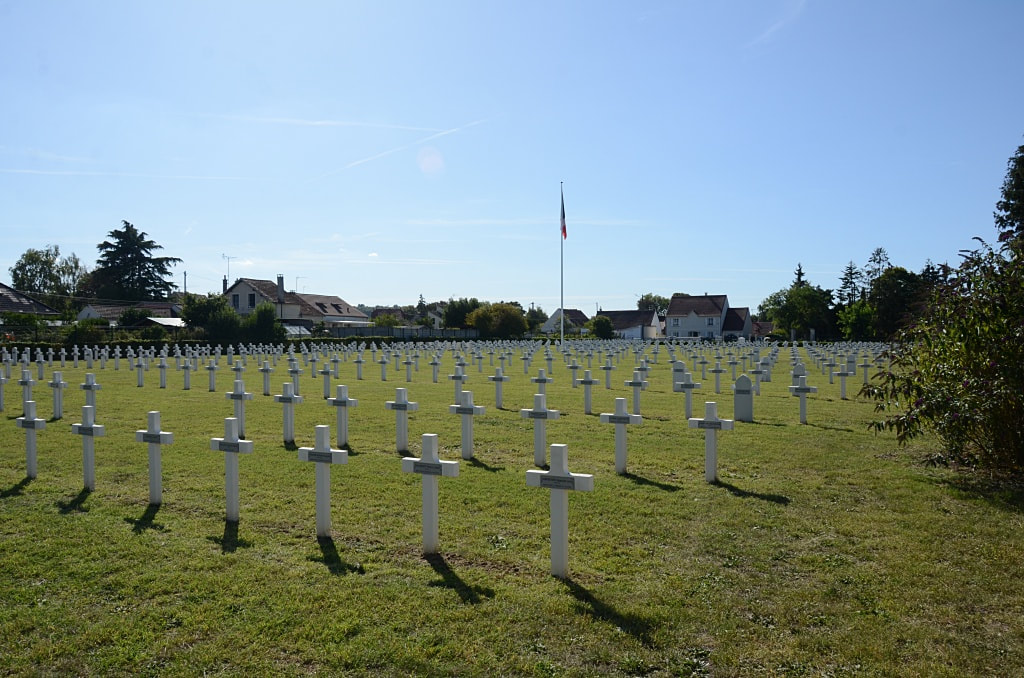 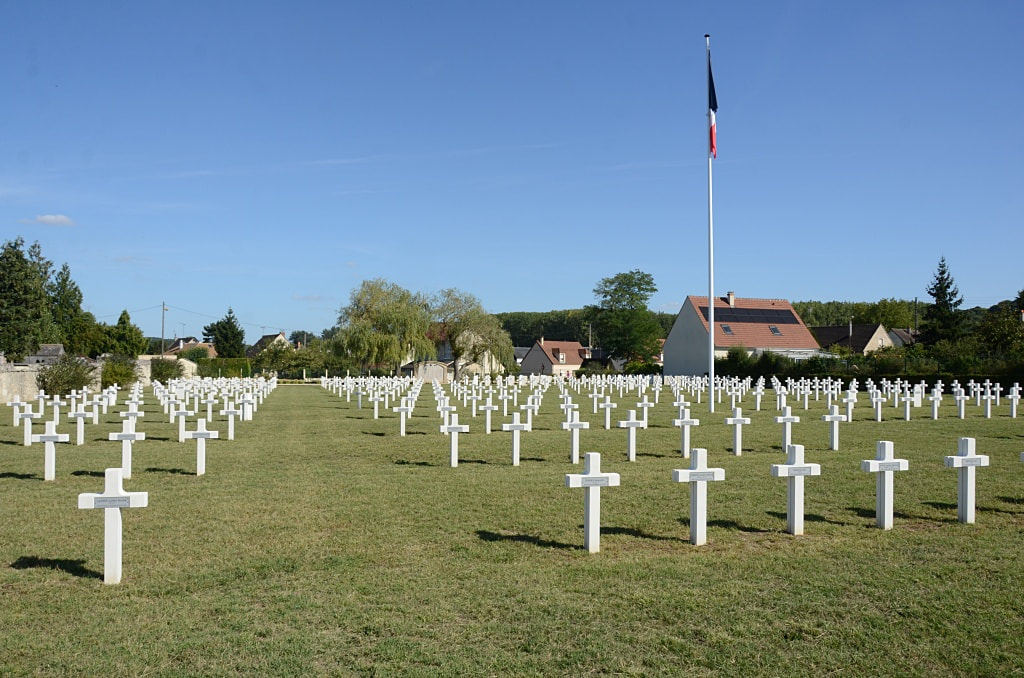 Please note: The pictures below were taken in September 2014 when the cemetery was undergoing a complete renovation. ​ 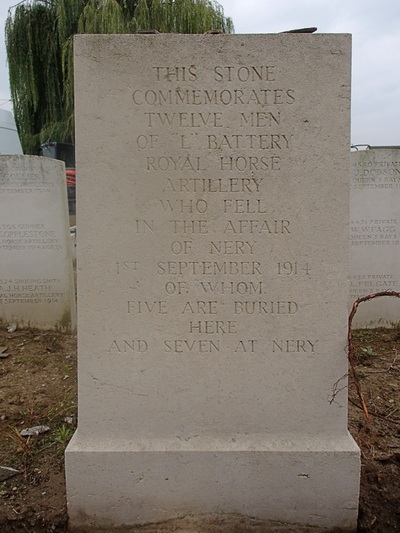 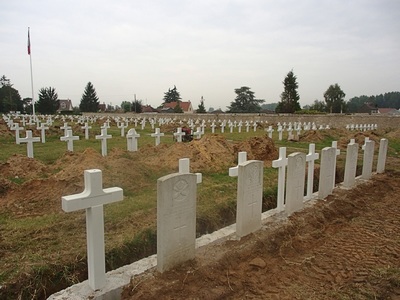 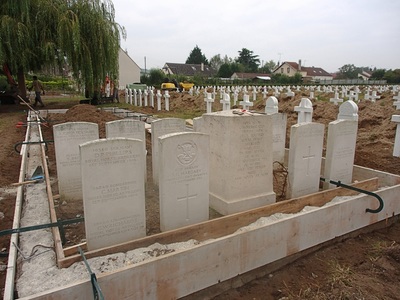 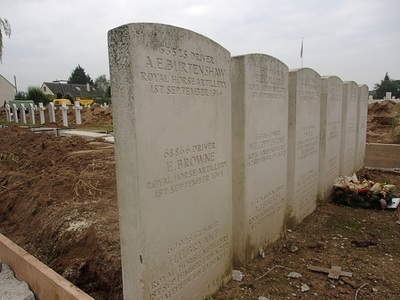 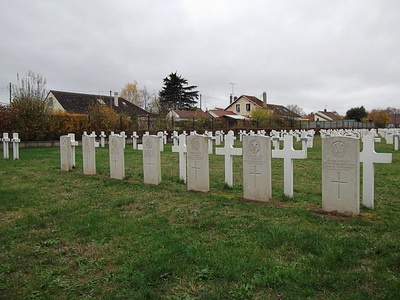 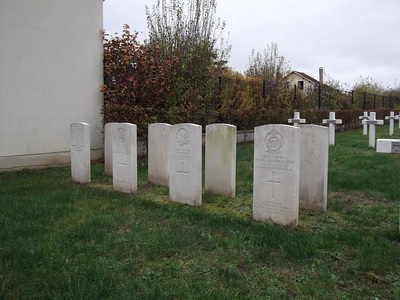 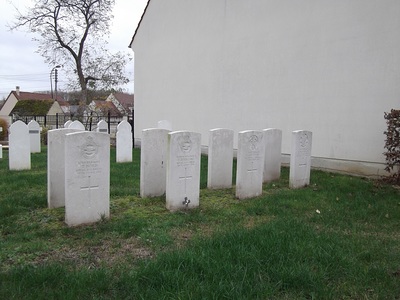 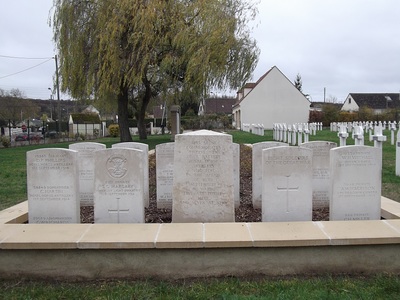 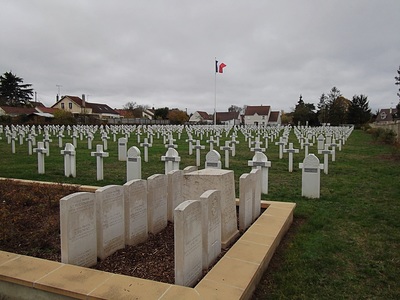 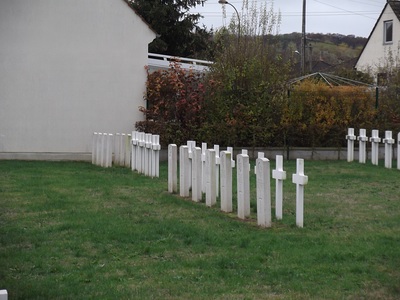