The town of Verviers is situated to the east of Liege on the N61. From the motorway E42 turn off at junction 5 onto the N61 in the direction of Verviers. Follow the N61 into Verviers and through the town, follow the road along by the railway and at the second fork bear right into Rue de Cite (There is a sign to the Cimetiere at the junction). Follow the road which will take you to the cemetery gate. One of the graves to three casualties is in the Belgian Military Plot at the top of the hill whilst the other is in a private family vault in Plot P. From the main entrance walk along the main path to the second path on the right. Follow this path uphill to the roundabout. Go across the roundabout and take the path straight ahead. On entering the path there is another path to the right and the family vault is along here on the left. For the other grave return to the uphill to the T junction where there is a set of steps that takes you up to the Military Plot.
The headstone to the three casualties is behind the war memorial. 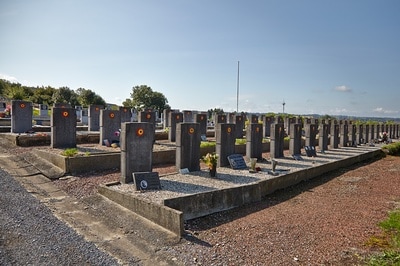 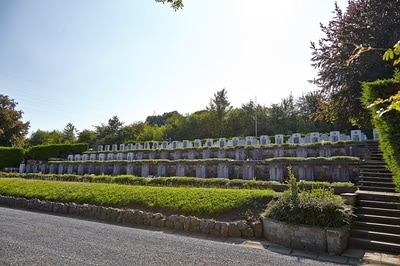 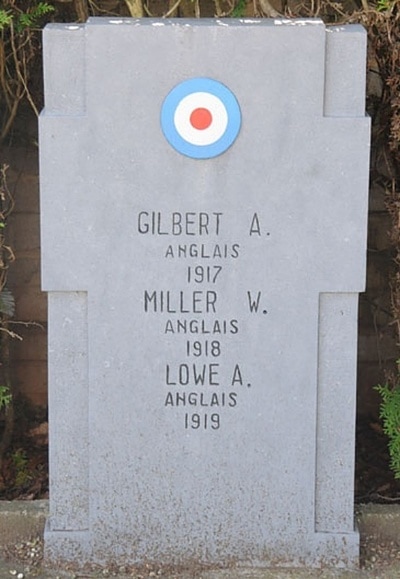 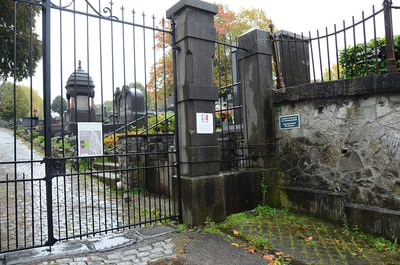 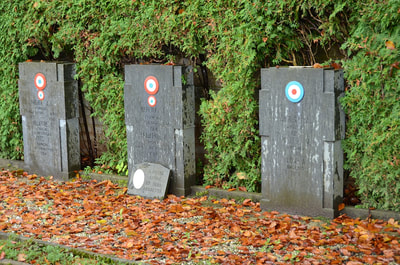 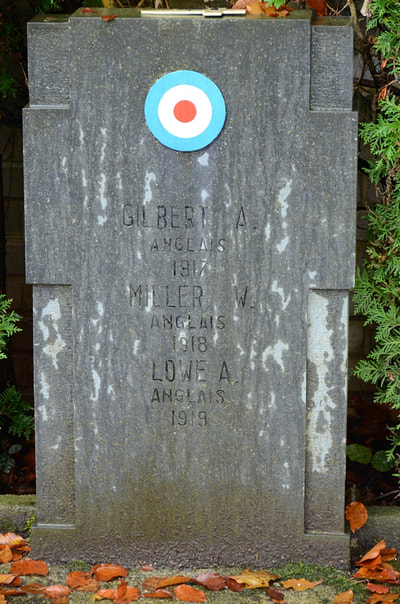