Viesly is a small village in the Department of Nord, some 16 kilometres east of Cambrai. To get to the Communal cemetery, take the road on the right hand side of the church. At the end of this road the cemetery is on the left hand side. On entering the cemetery, turn immediately right at the entrance. The war graves plots will be found near the back of the plot facing you.

The South-East part of the Communal Cemetery was used by German troops, and in October, 1918, by British Units. An Extension on the South West side was made by the 48th Field Ambulance in October, 1918, but the 15 graves have been removed to St. Souplet British Cemetery; and all German graves have been removed. There are now 19, 1914-18 war casualties commemorated in this site, of which 1 is unidentified. 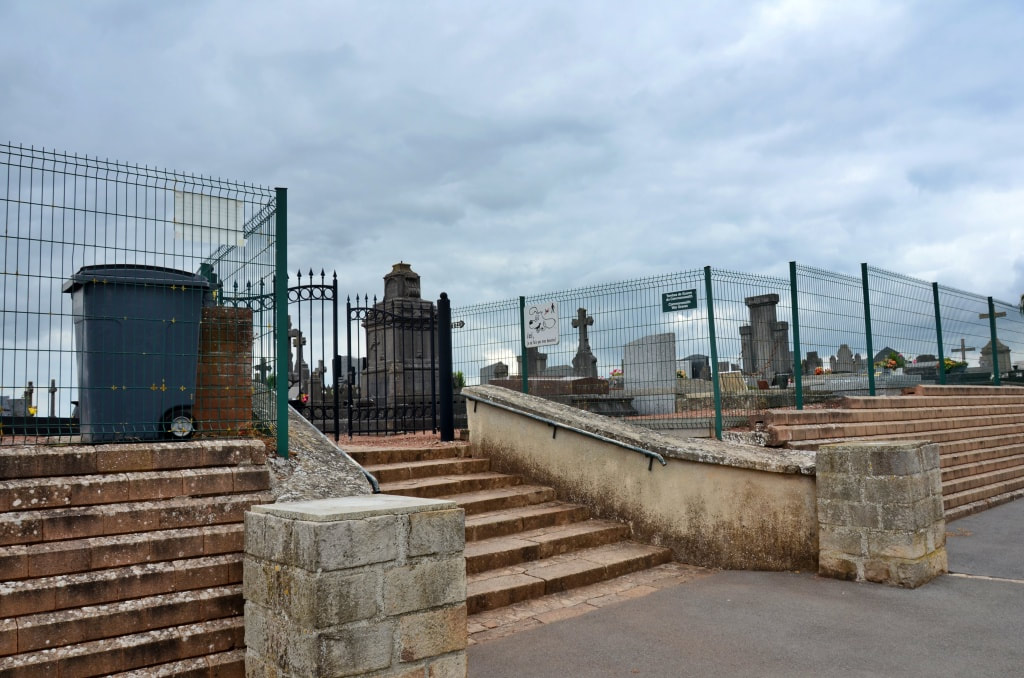 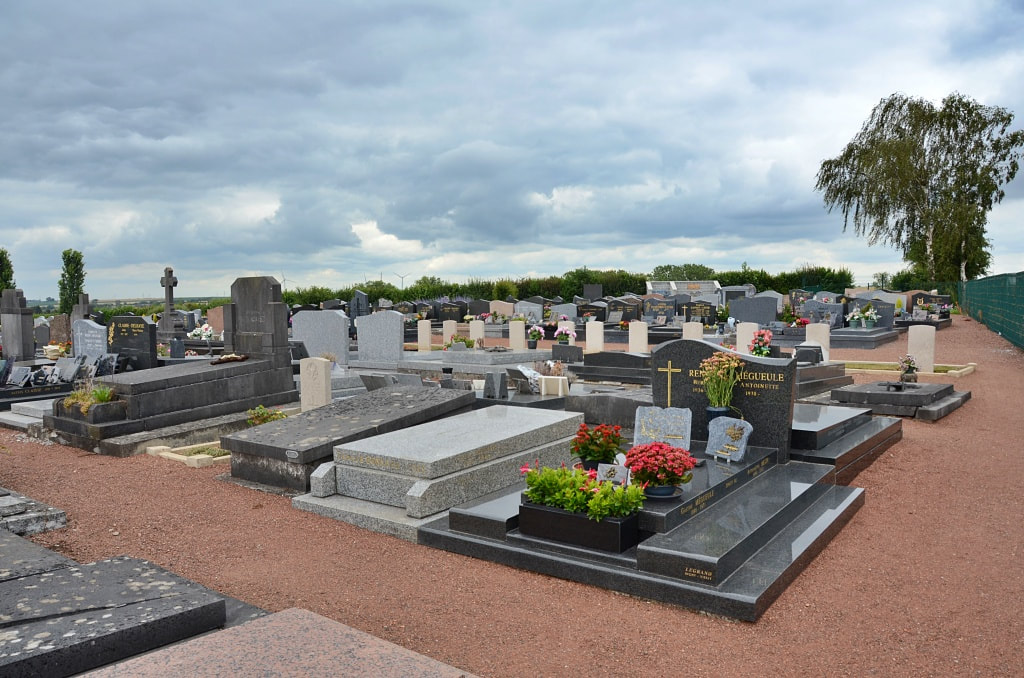 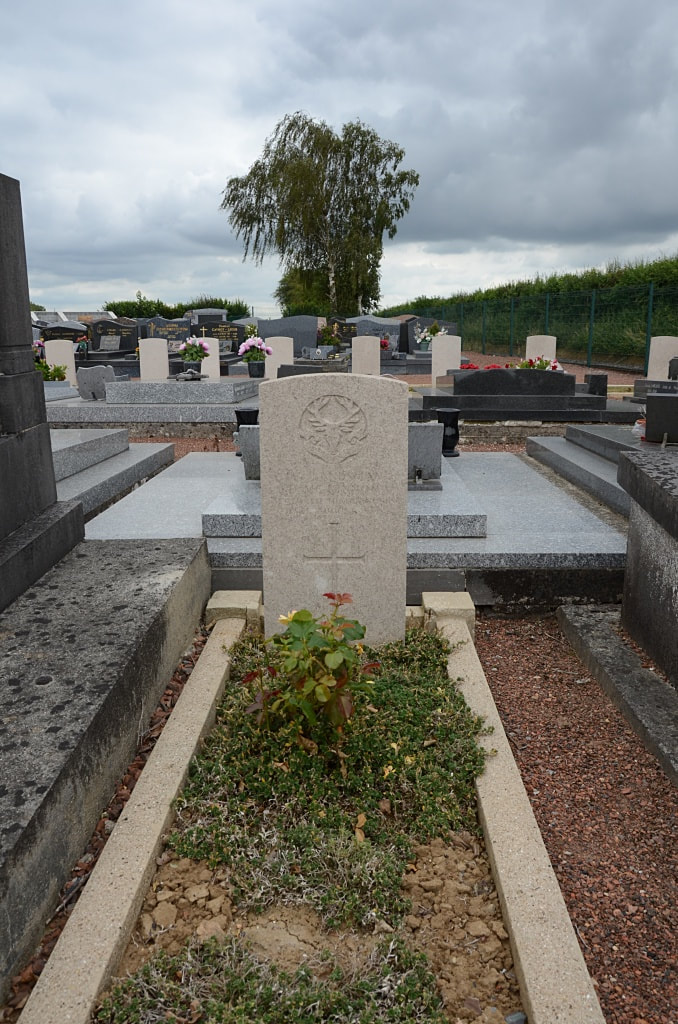 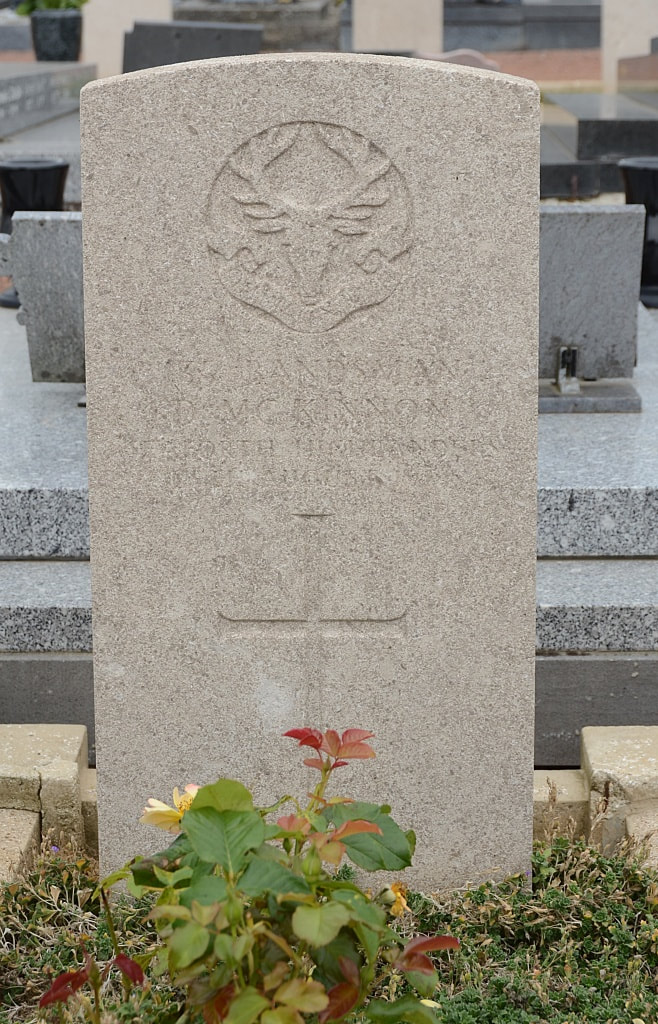 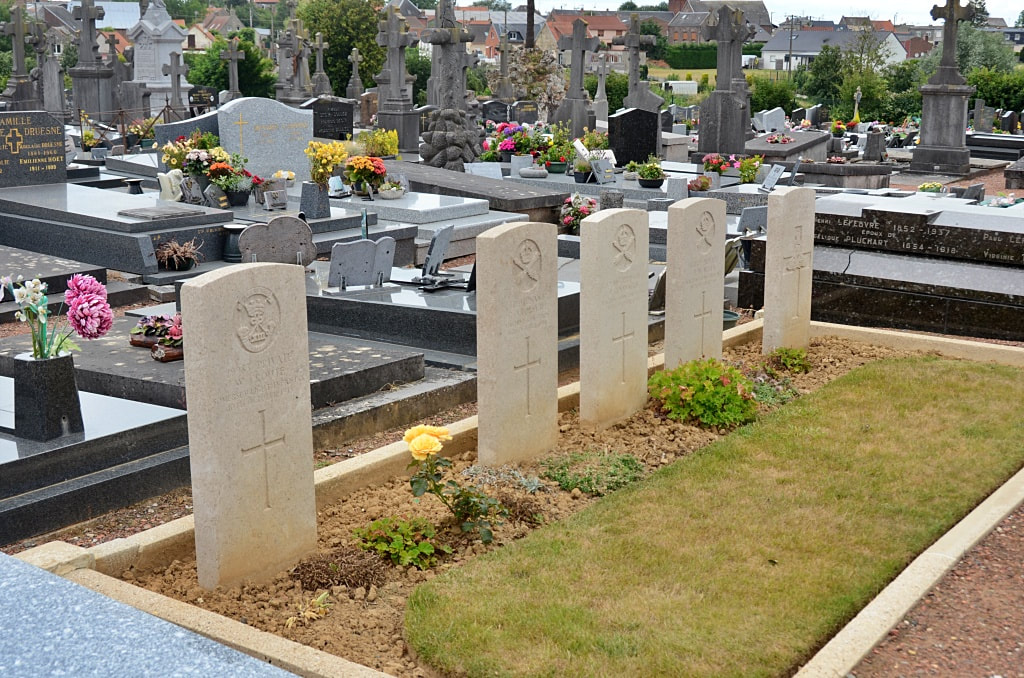 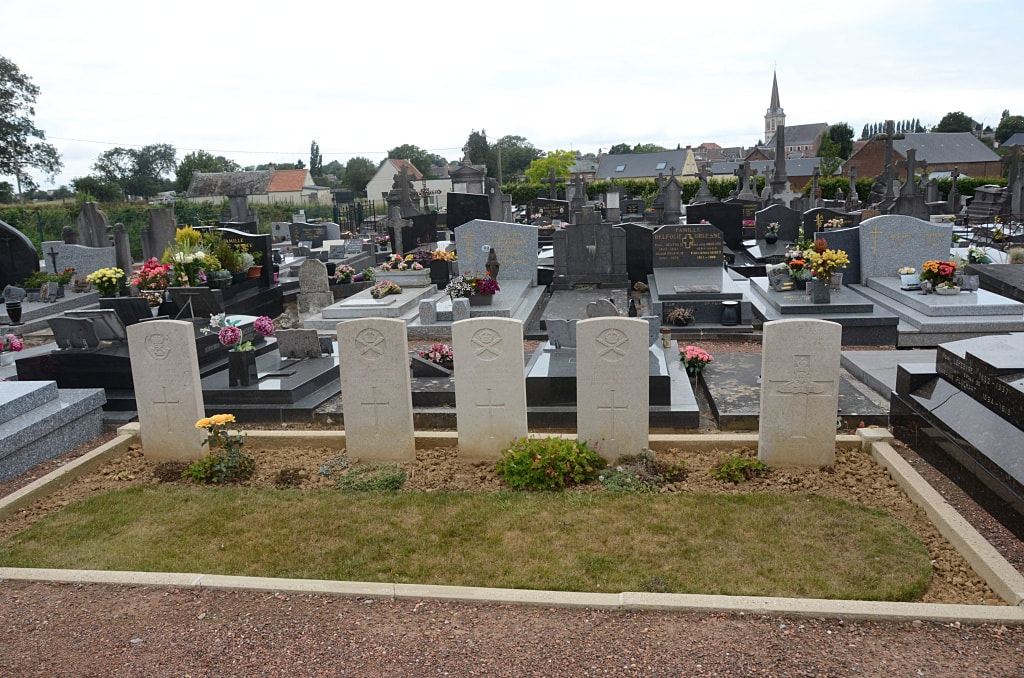 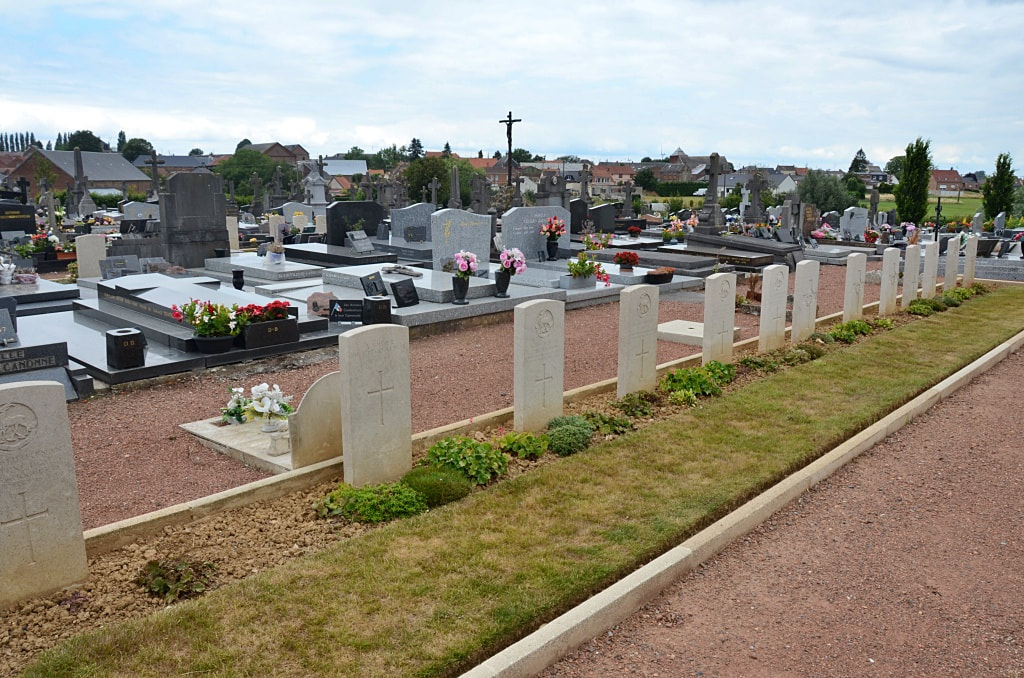 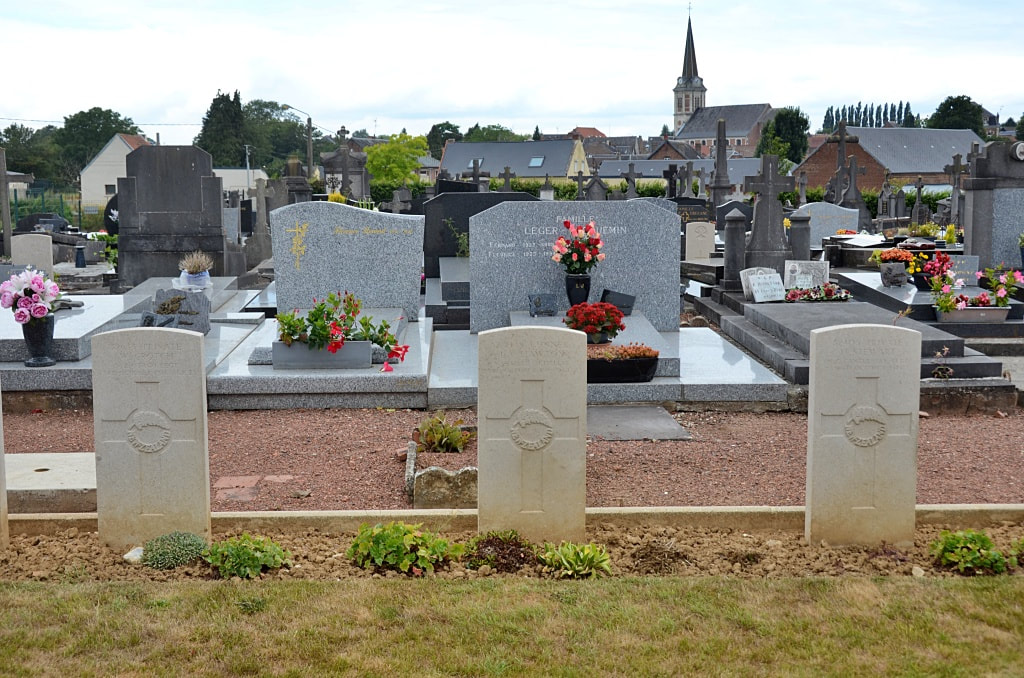 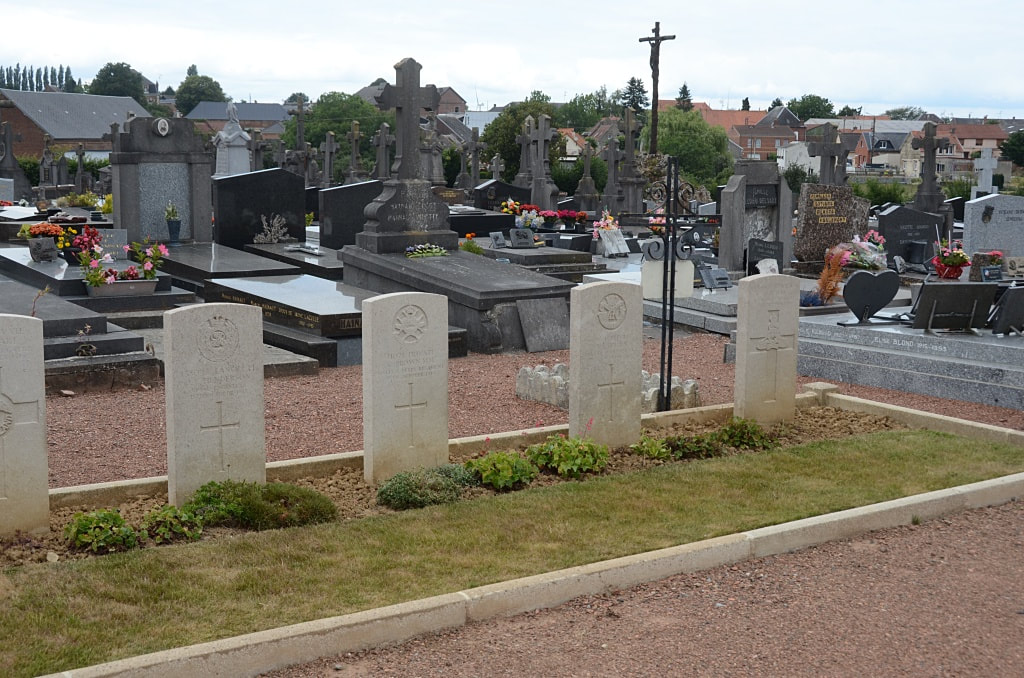 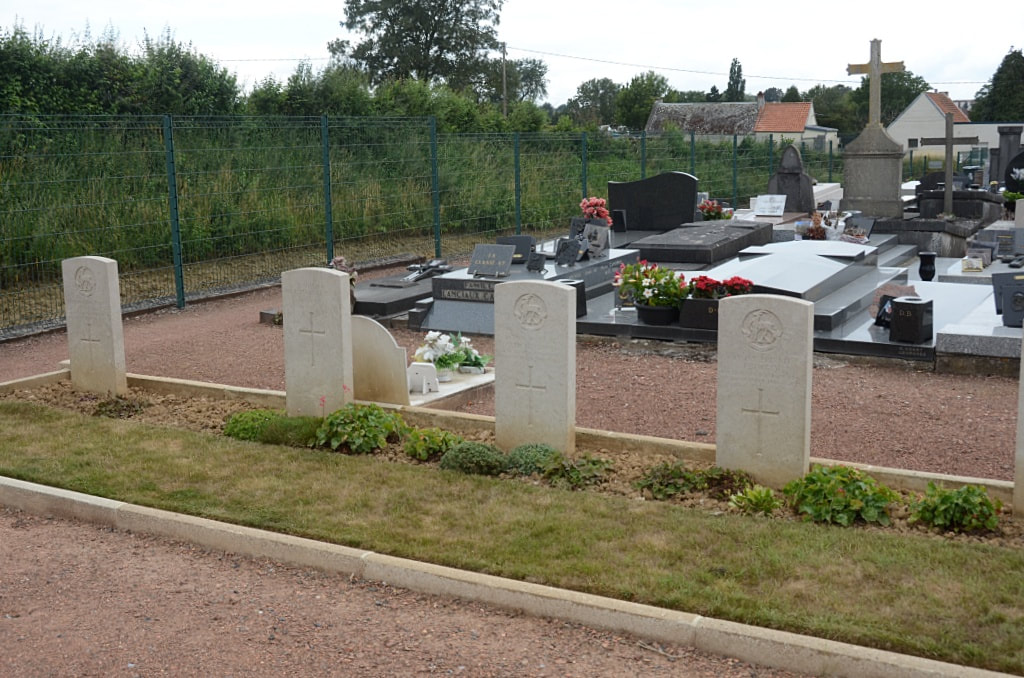 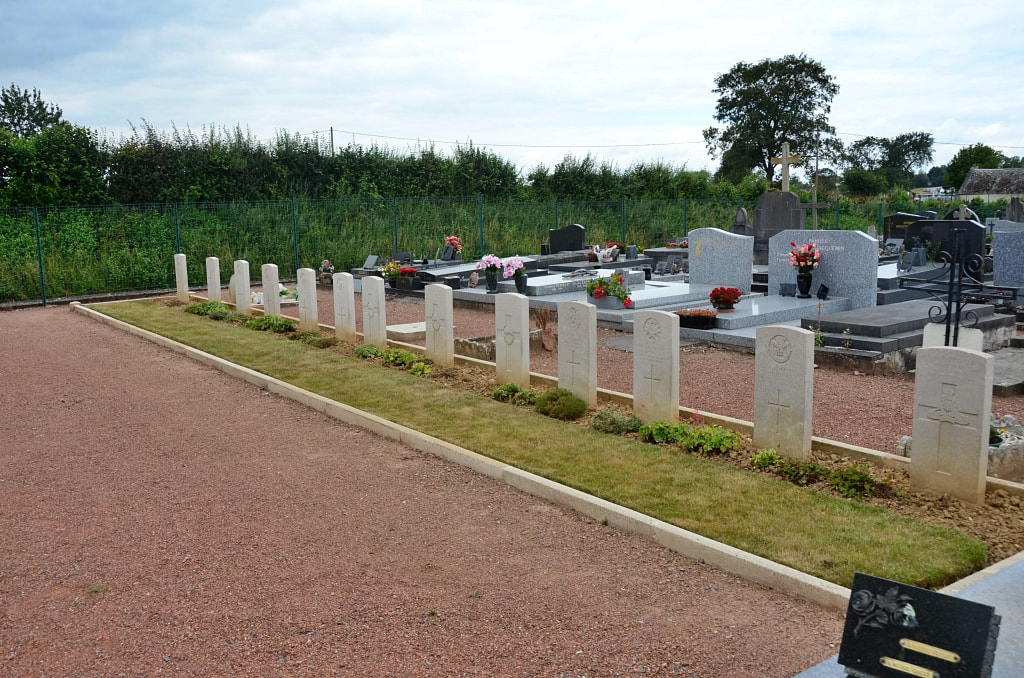 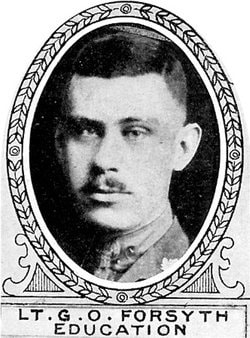 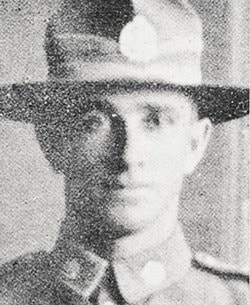