In the west corner of the New Communal Cemetery are the war graves of 20 soldiers and airmen from the United Kingdom, one of whom is unidentified, and 1 South African soldier.
​

Entrance and World War One Graves 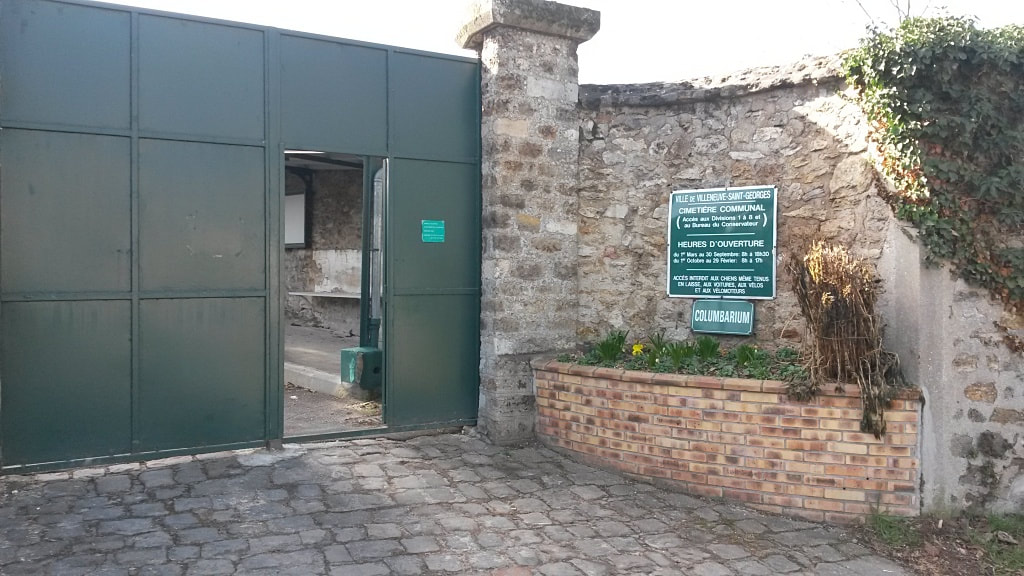 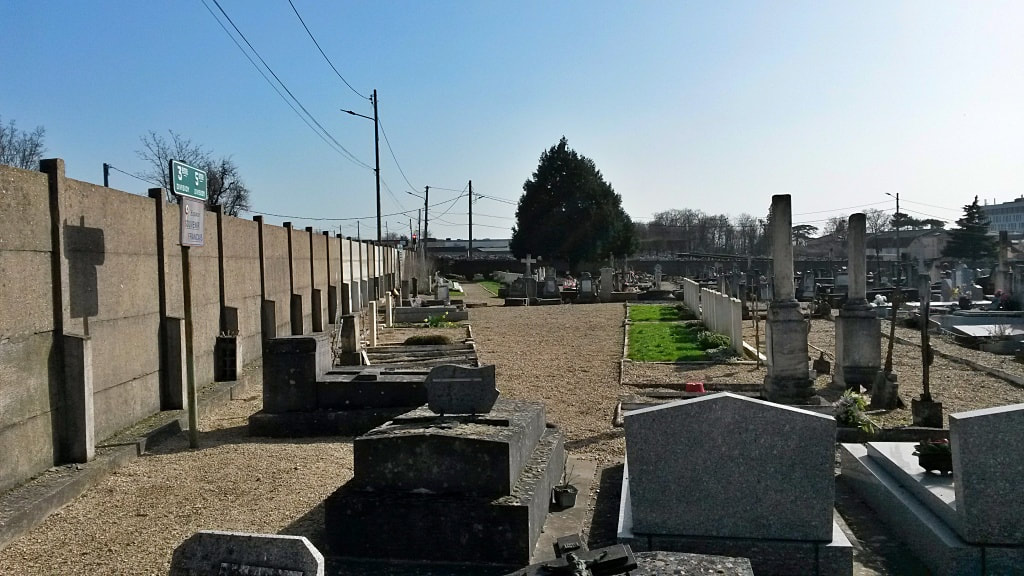 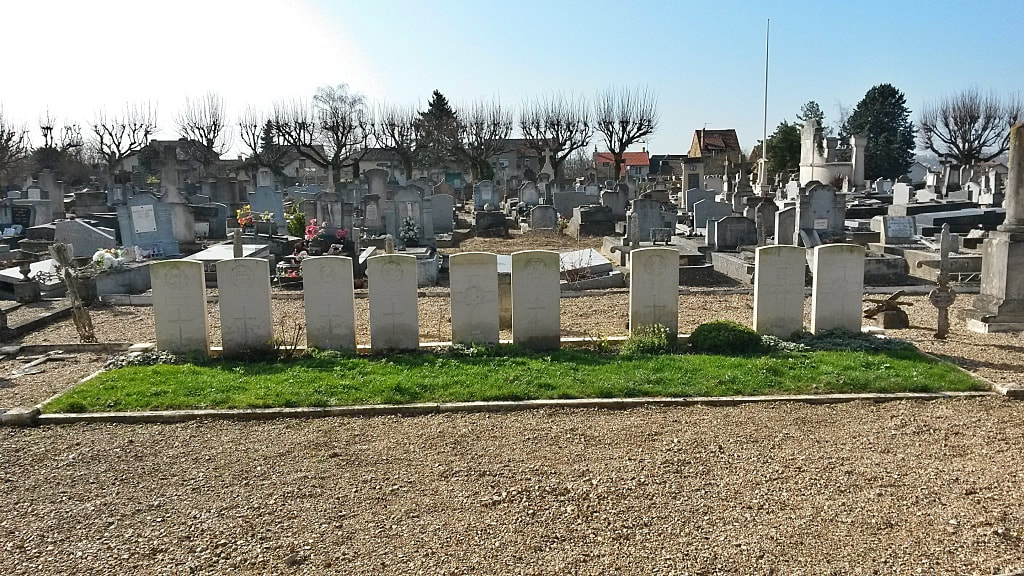 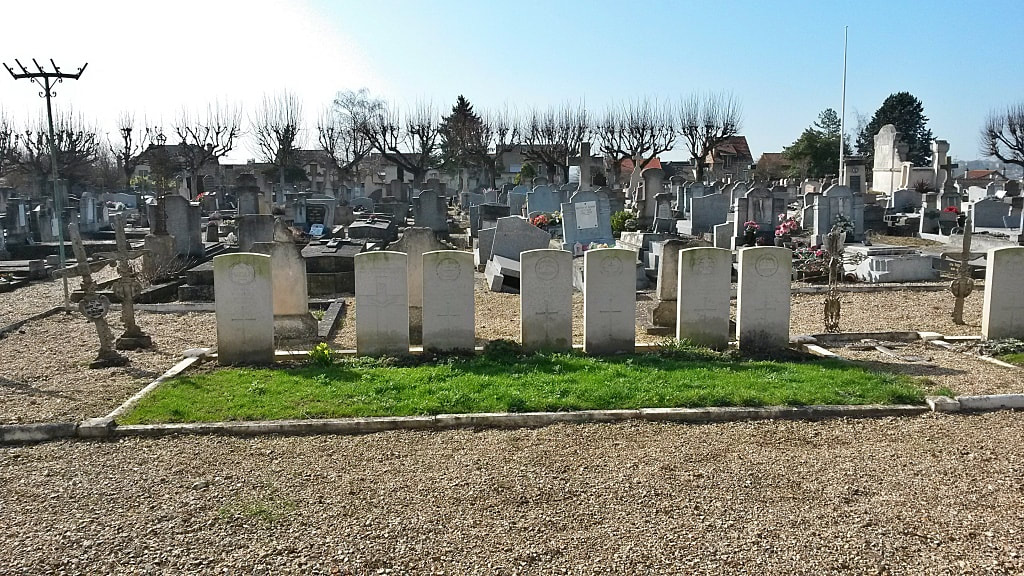 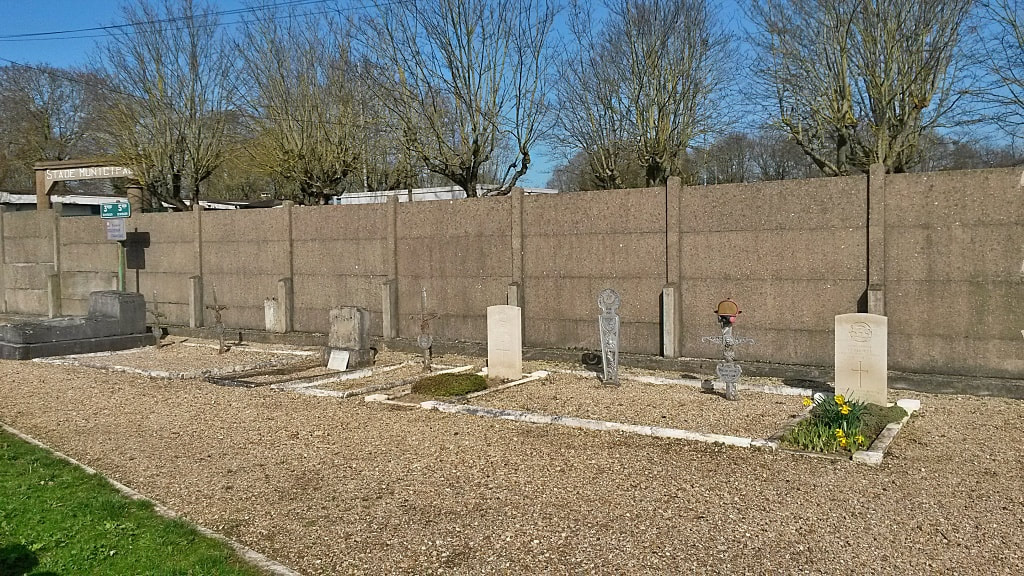 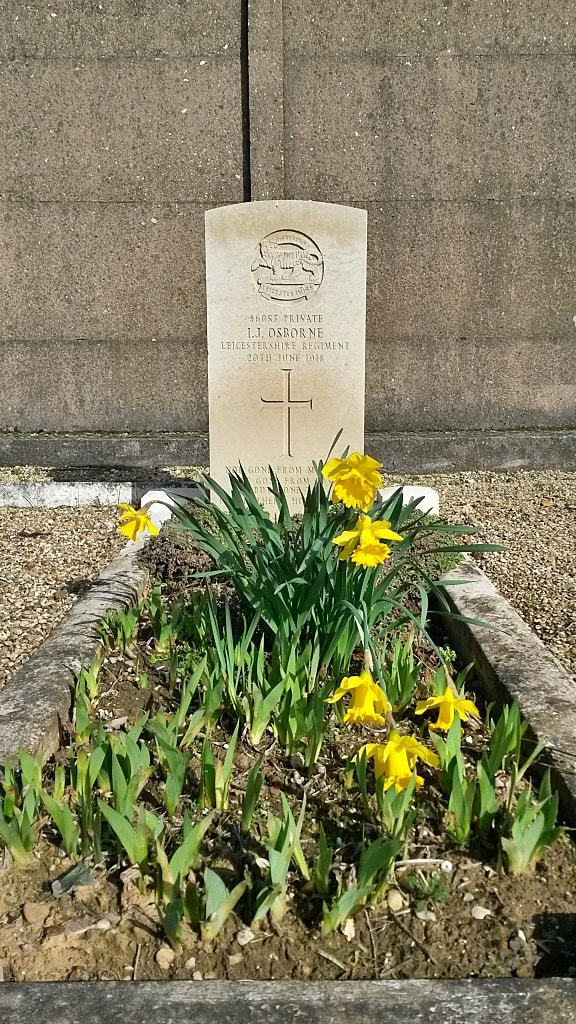 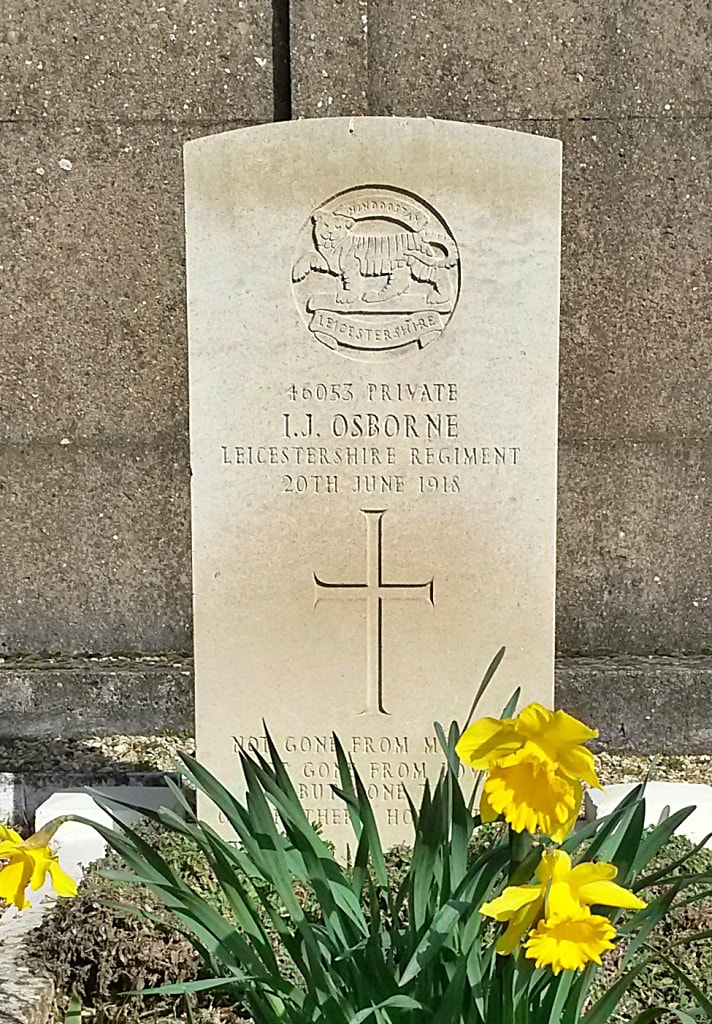 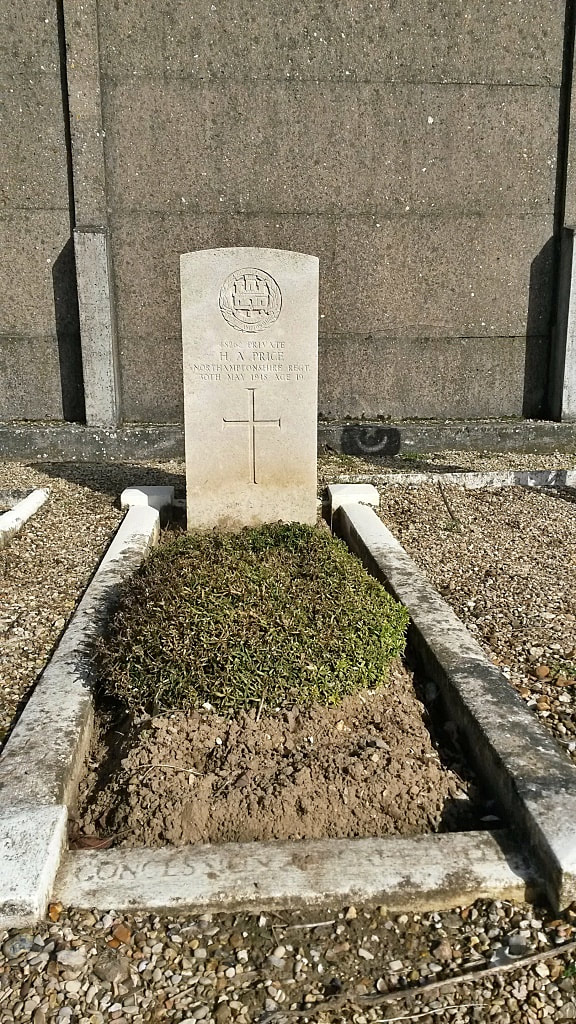 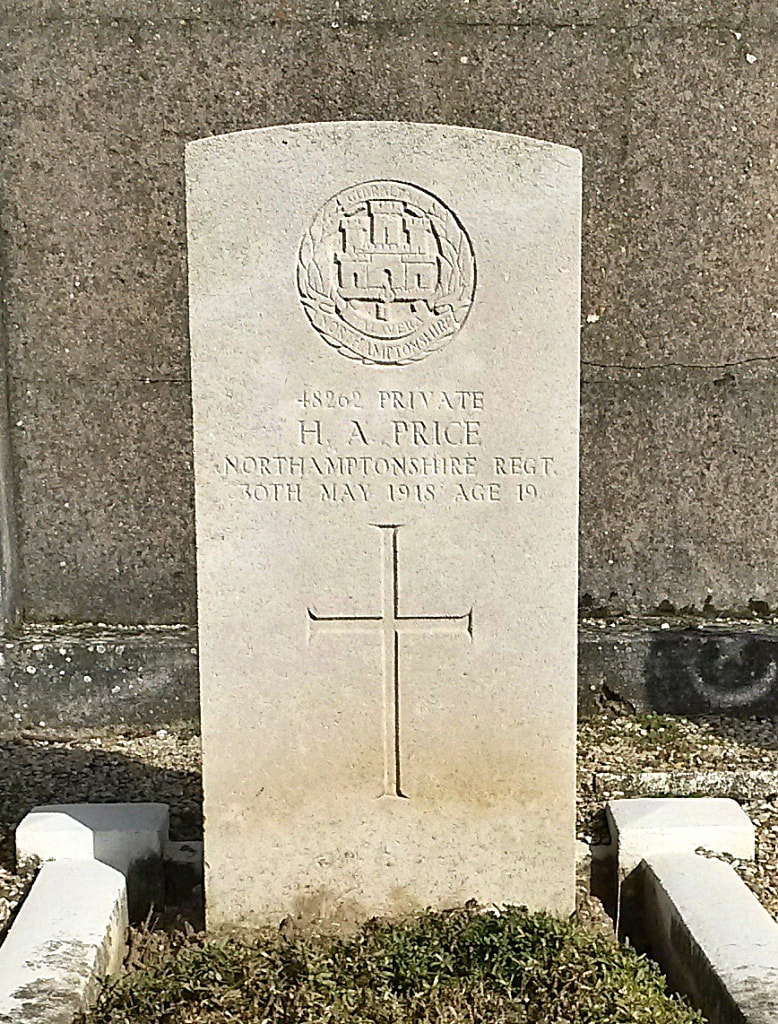 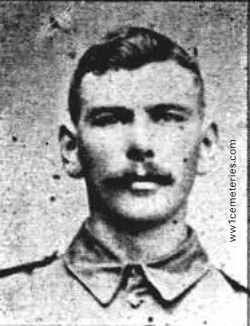 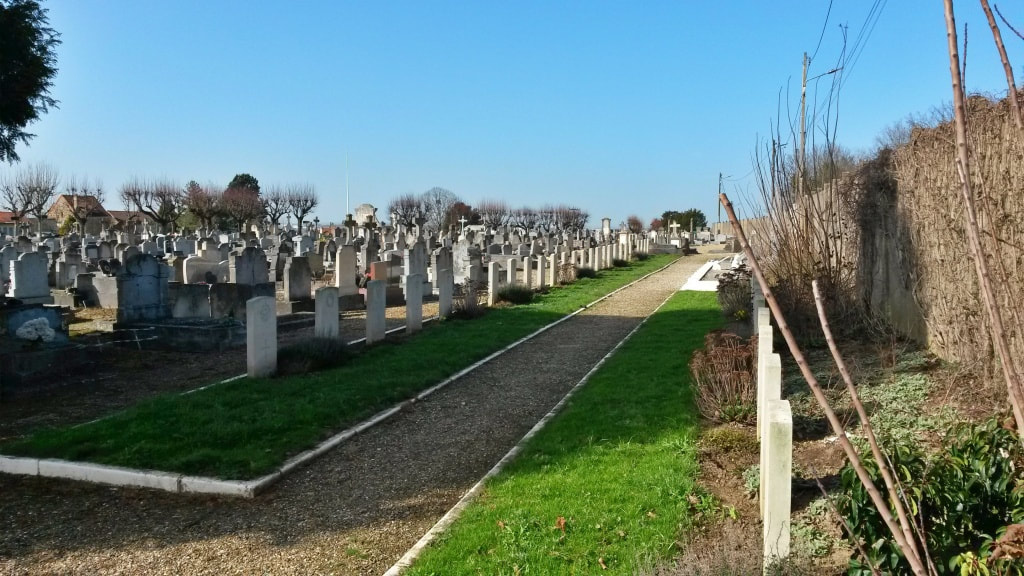 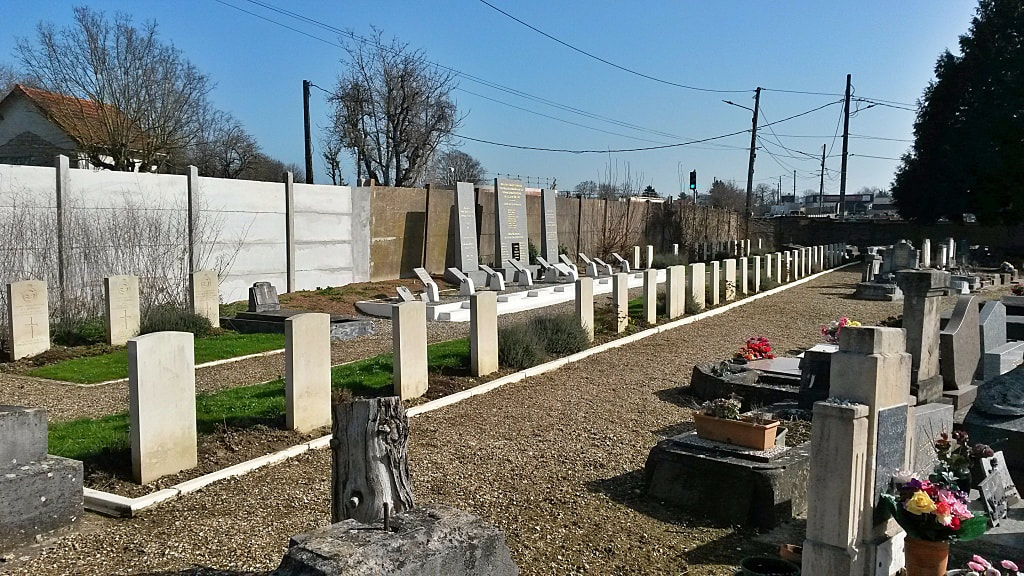 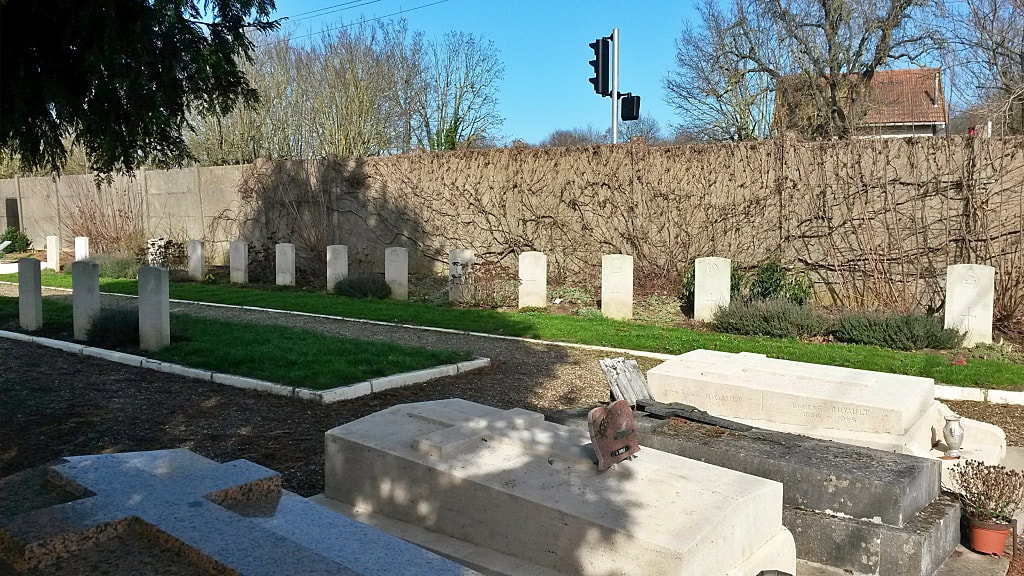 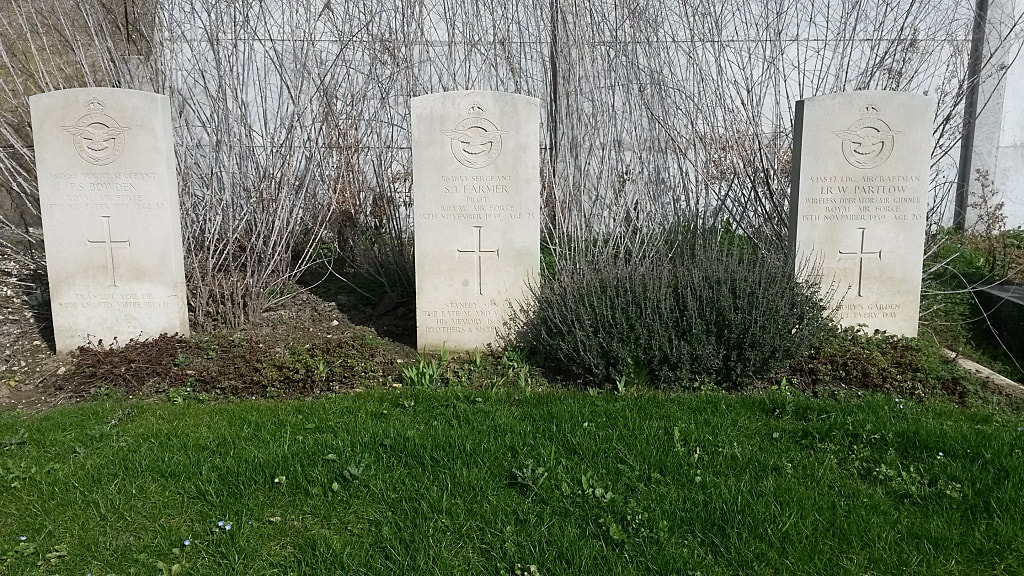 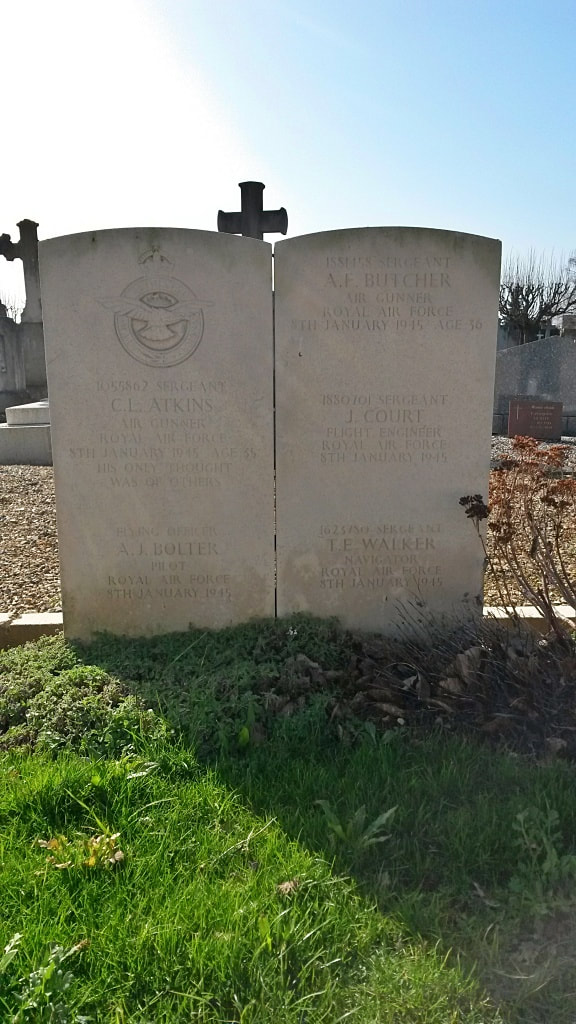 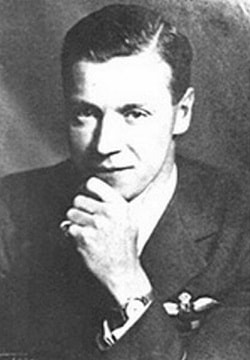 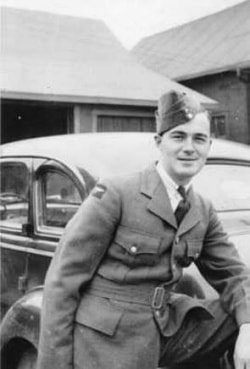 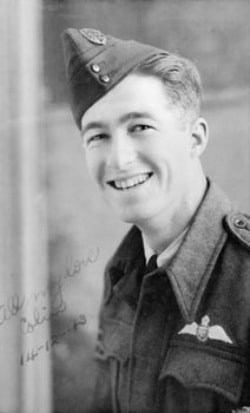 His headstone bears the inscription "Tranquil You Lie, your Memory Hallowed In The Hearts You Loved"

Studio portrait of 428679 Flying Officer (FO) Colin Kelvin Flockhart, RAAF, 619 Squadron RAF. FO Flockhart of Ashfield, NSW, enlisted on 10 October 1942 and was killed in action over France on 8 January 1945. The inscription on the image reads, 'All my love, Colin, 14/12/43' and on the reverse, 'Somewhere in England, 1943. To my wonderful parents from your proud and loving son, Colin'. 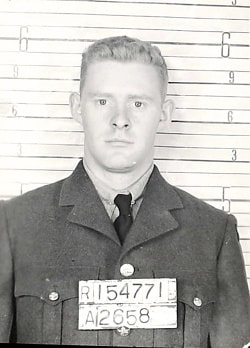 His headstone bears the inscription "Safe In the Arms Of Jesus" 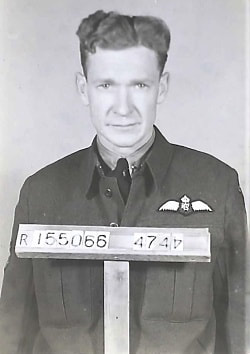 Son of John Edward and Catherine McLear; husband of Edna May McLear. 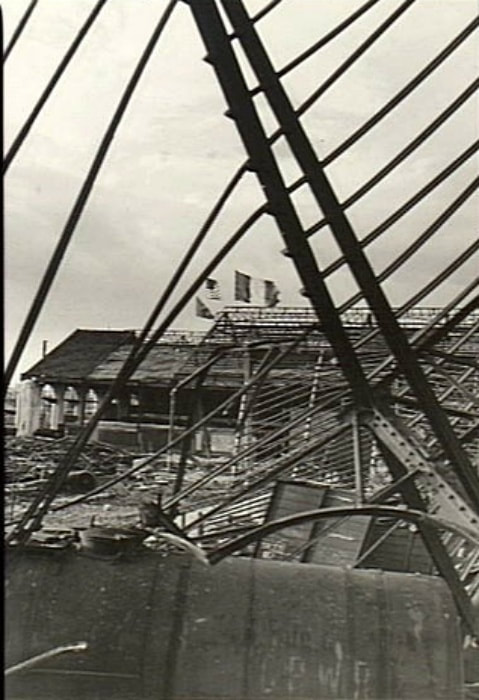 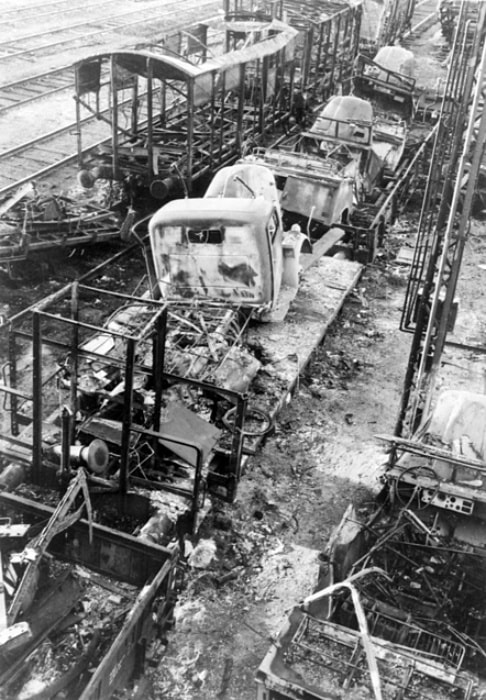 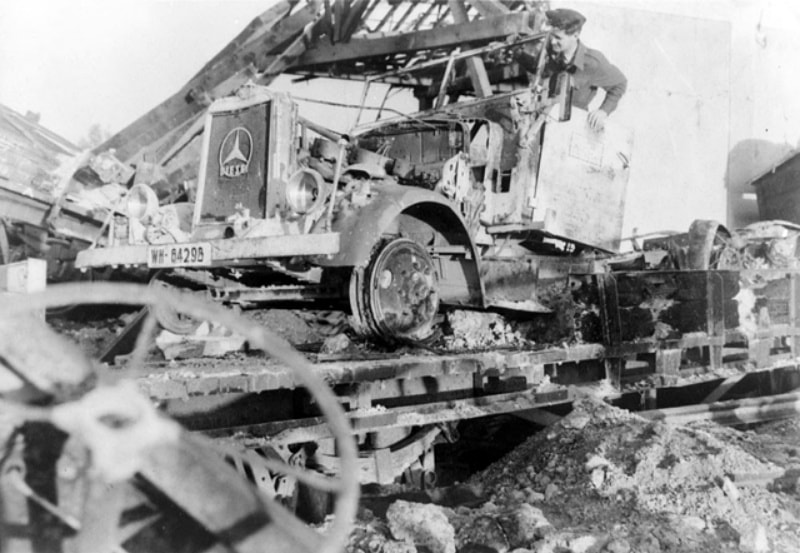 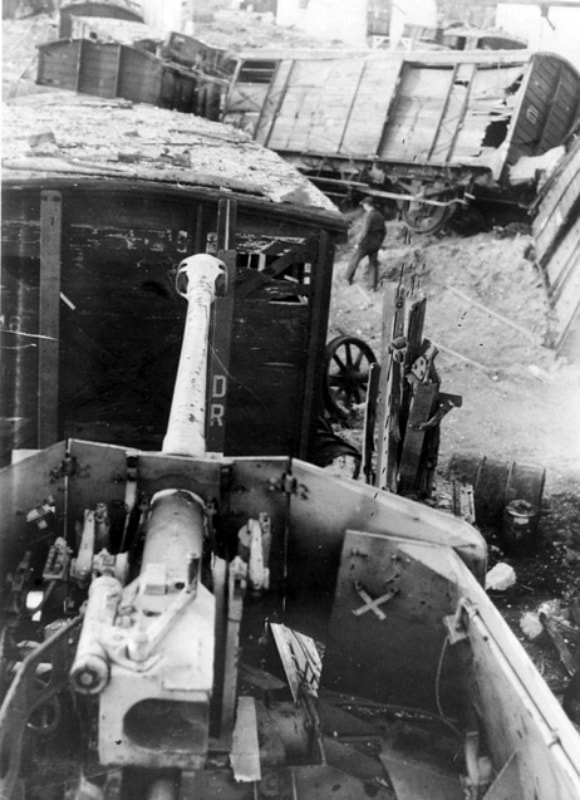 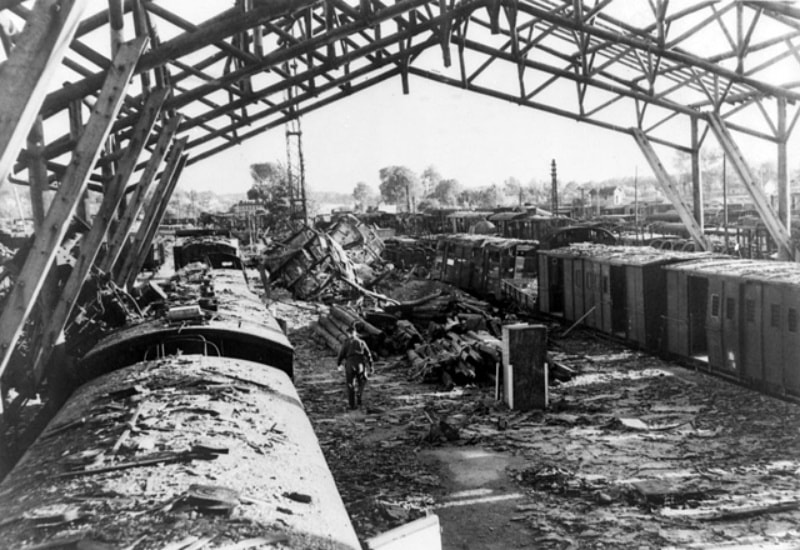 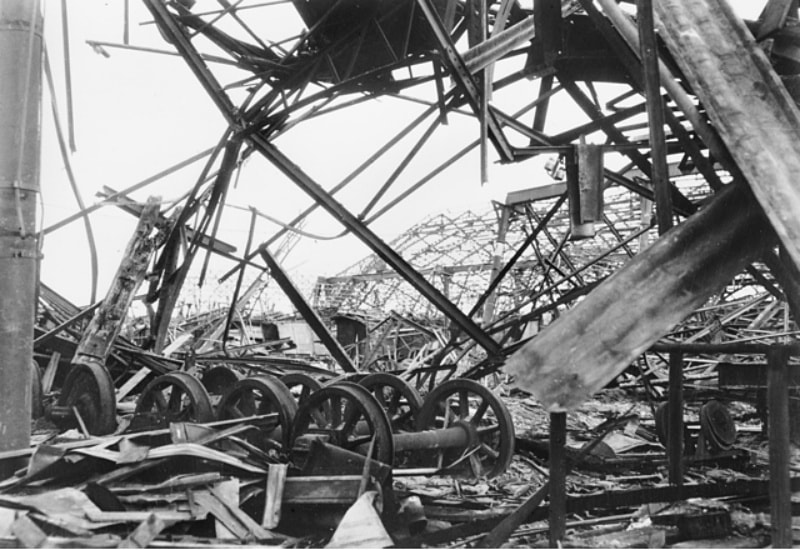