Westhof Farm Cemetery is located 13.5 Kms south of Ieper town centre, on a road leading from the Kemmelseweg N 331, which connects Ieper to Kemmel and on to Nieuwkerke.

From Ieper town centre the Kemmelseweg is reached via the Rijselsestraat, through the Lille Gate (Rijselpoort) and straight on towards Armentieres (N365). 900 metres after the crossroads is the right hand turning onto the Kemmelseweg (made prominent by a railway level crossing). After passing the village of Kemmel the N331 continues for 4 Kms towards Nieuwkerke. On reaching Nieuwkerke the N331 continues on as Seulestraat. 1.5 Kms along this road lies the right hand turning onto the Eikelstraat. The cemetery is located 1.4 Kms along the Eikelstraat on the left hand side of the road.

Westhof Farm was used by the New Zealand Division as headquarters in May and June 1917.

The cemetery was begun in May 1917 and used by fighting units and field ambulances until April 1918, when it passed into German hands for five months.

There are now 131 Commonwealth servicemen of the First World War buried or commemorated in this cemetery, including special memorials to six casualties whose graves were destroyed by shell fire. There are also five German war graves in the cemetery.


The cemetery was designed by G H Goldsmith. 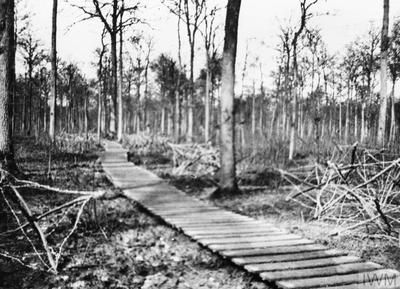 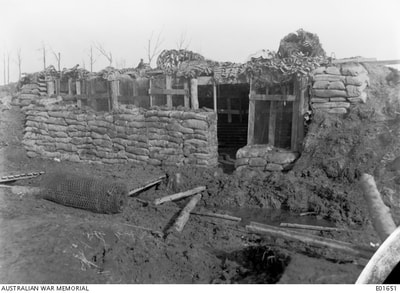 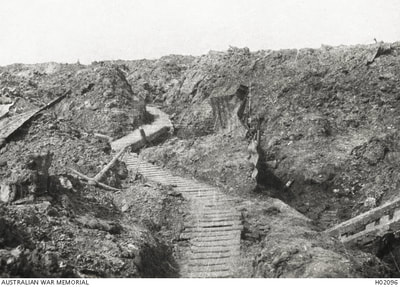 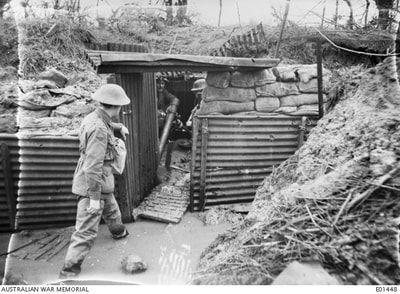 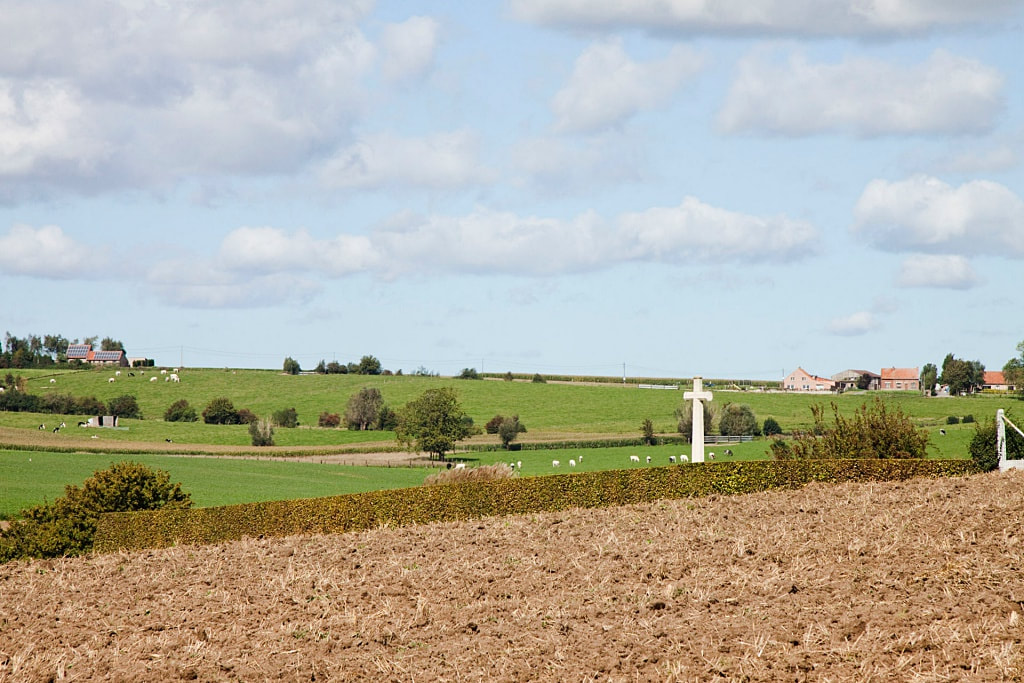 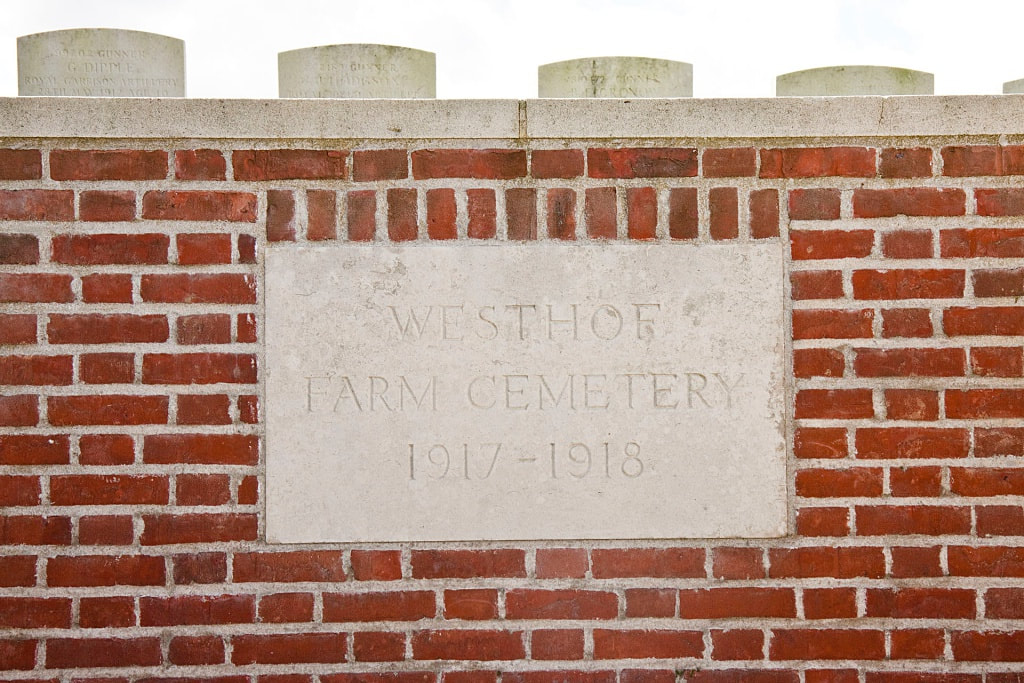 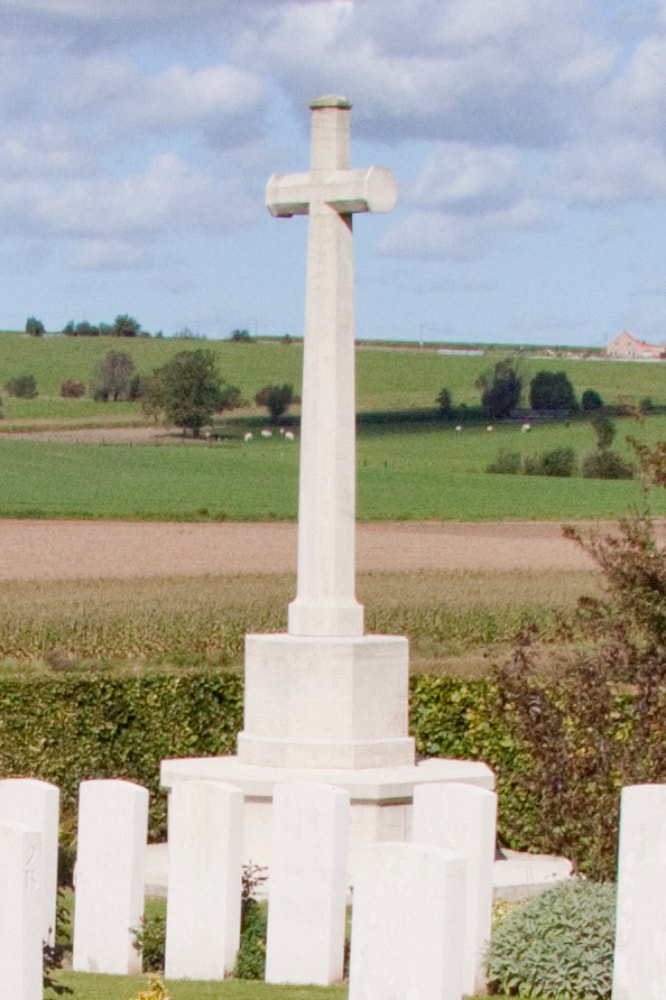 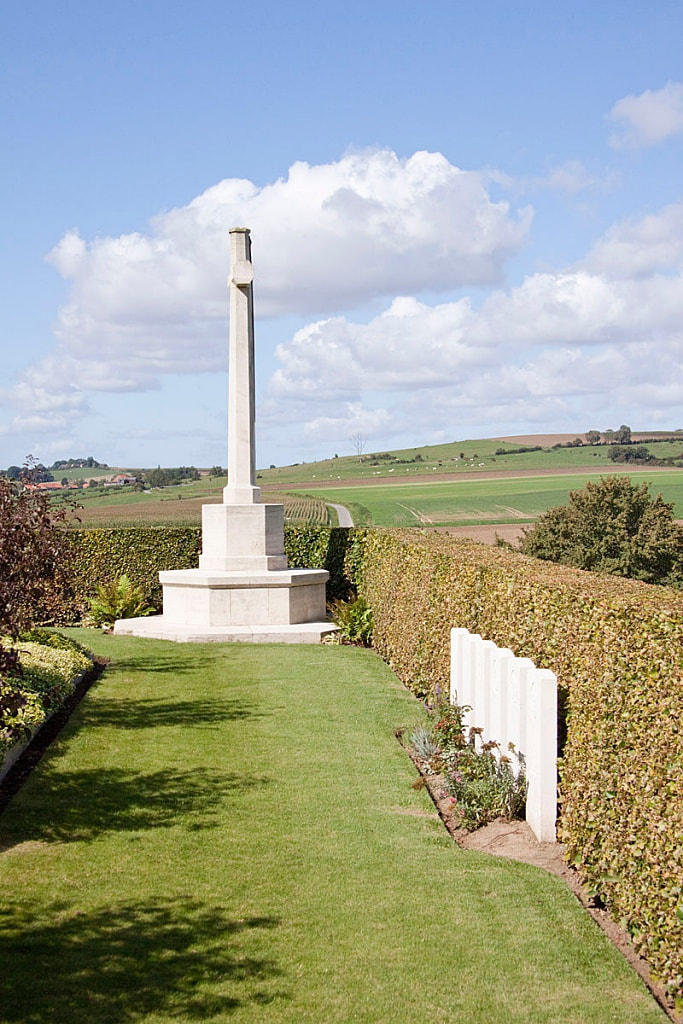 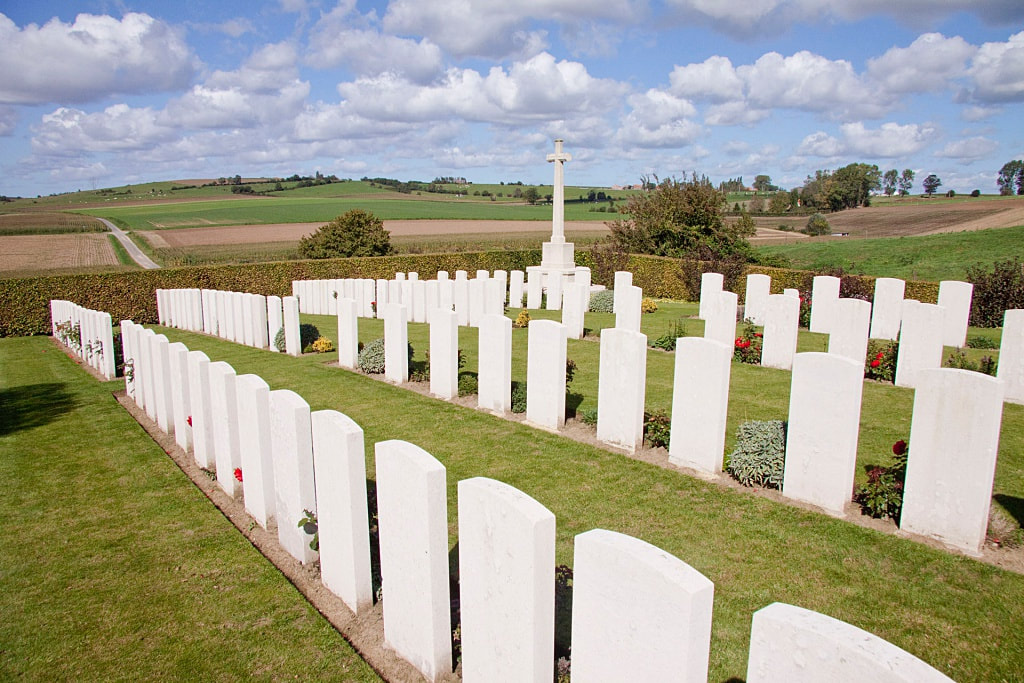 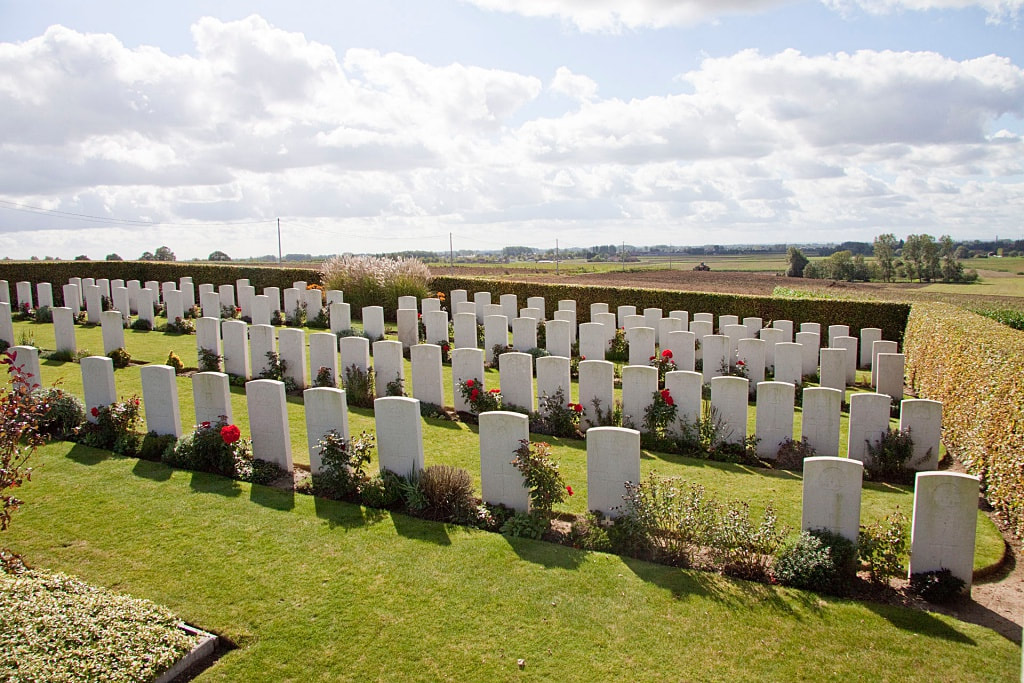 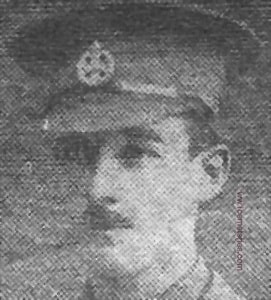 ​His headstone bears the inscription; "In Loving Remembrance Of Happiness Given. Mother, Sisters, Brothers." 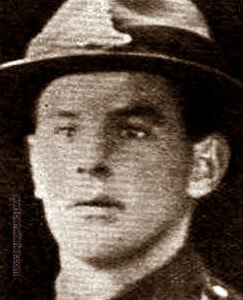 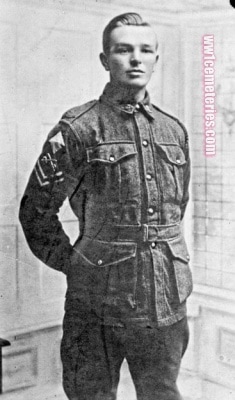 ​His headstone bears the inscription; "Blessed Are The Departed Who In The Lord Are Sleeping."

Of Midland Junction, WA. Born in Bolton, England, he worked as a clerk before enlisting on 10 January 1916. He embarked from Fremantle as a Private with the 10th Reinforcements on HMAT Ulysses on 1 April 1916. He was appointed Acting Corporal on 18 November 1916, and this rank was made permanent on 24 January 1917. On 4 June 1917 he was appointed Temporary Sergeant. On 12 December 1917 he was hit by shrapnel when German aircraft bombed Aldershot Camp, near Neuve Eglise. He died of his wounds on the same day. He was 24 years old. His brother, 925 Private (Pte) Jack Dean, 32nd Battalion, had been killed in action at Fleurbaix on 19 July 1916. He is commemorated at the V. C. Corner Australian Cemetery. 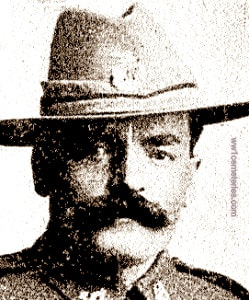 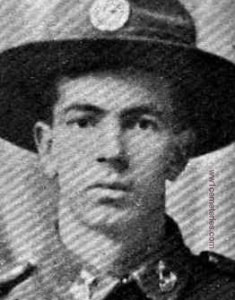 Son of Joseph and Ann Flaxman, of Middlesex, England. 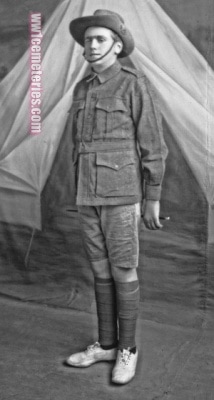 Son of William Francis and Mary Freer, of Devonport, Tasmania. Native of Northdown.

A labourer from Sassafras, Tasmania prior to enlistment, Pte Freer embarked with the 14th Reinforcements from Melbourne aboard HMAT Warilda on 8 February 1916. On 9 June 1917, aged 20 and following his transfer to the 52nd Battalion, he died of wounds received in action. 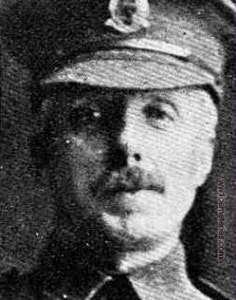 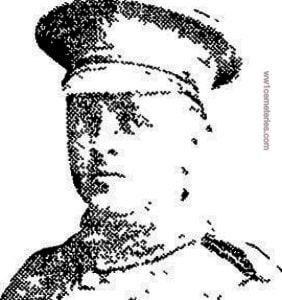 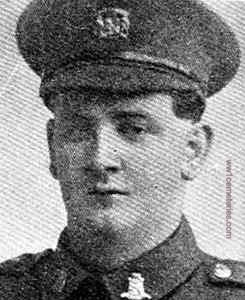 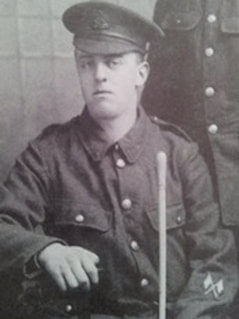 ​His headstone bears the inscription; "Until The Day Breaks And The Shadows Flee Away." 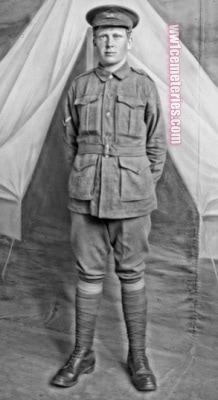 From Nar Nar Goon, Vic, who enlisted on 14 July 1915 and embarked aboard HMAT Warilda on 8 February 1916. On 12 June 1917 he was killed in action at Westhof Farm in the Ypres area of Belgium while serving with the 4th Divisional Ammunition Column, Australian Field Artillery.​ 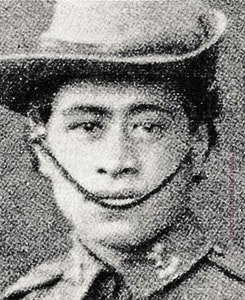 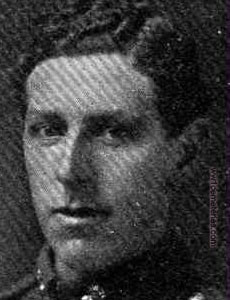 ​His headstone bears the inscription; "Their Glory Shall Not Be Blotted Out."
Shot at Dawn

A/201225 Rifleman Thomas Donovan, 16th Bn. King's Royal Rifle Corps, executed for desertion 31st October 1917, aged 20. Plot II. D. 14. A conscript in the ‘Church Lads Brigade’, he was sentenced to 6 months’ detention for desertion after the end of the Battle of the Somme.  18 months later, Donovan absented himself again — only to be arrested soon afterwards in Amiens.  3 days after his conviction he escaped, & was arrested — again in Amiens — over a month later.  On being returned to his battalion, he escaped once more, having attacked his guard whom he tied up & gagged.  About a month later, he was arrested masquerading as a Belgian labourer.  At his trial 6 weeks later (where he was unrepresented), he stated that his sister had begged him to come home after 2 of his brothers had been killed on the Somme.  (Putkowski, pp. 212-213)
​ 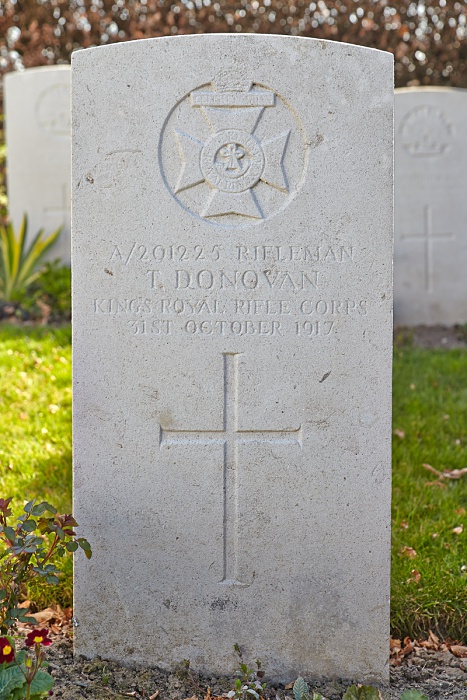 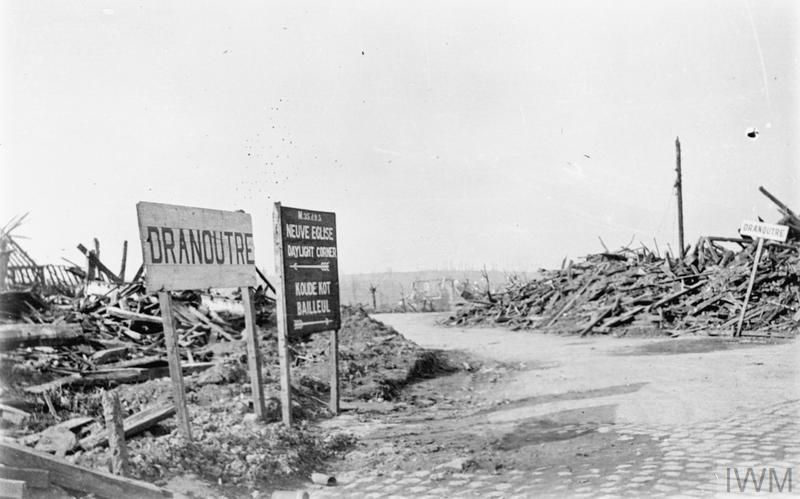 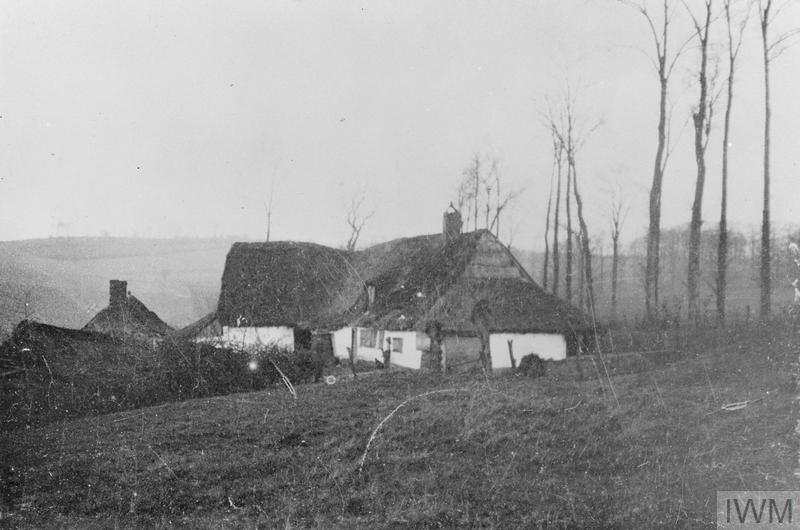