Nieuwkerke (Neuve-Eglise)Churchyard is located 12 Kms south of Ieper town centre, on a road leading from the Kemmelseweg (N331) which connects Ieper to Kemmel and onto Nieuwkerke.

From Ieper town centre the Kemmelseweg is reached via the Rijselsestraat, through the Lille Gate (Rijselpoort) and straight on towards Armentieres (N336). 900 metres after the crossroads is the right hand turning onto the Kemmelseweg (made prominent by a railway level crossing).

After passing the village of Kemmel the N331 continues for 4 Kms towards Nieuwkerke. On reaching Nieuwkerke the first right hand turning leads onto Kemmelstraat. The churchyard is located 80 metres along the Kemmelstraat on the left hand side of the road and facing the Market Place.

Nieuwkerke (also known as Neuve-Eglise) was captured by the Germans on from 14 April 1918, after a stubborn defence by the 49th (West Riding) and 33rd Division, and remained in their hands until it was retaken by the 36th (Ulster) Division on 2 September. The churchyard was used by field ambulances and fighting units at intervals during the war, particularly, in the early days, by the Cvalry and the 5th Division.

During the Second World War, the British Expeditionary Force was involved in the later stages of the defence of Belgium following the German invasion in May 1940, and suffered many casualties in covering the withdrawal to Dunkirk.

Nieuwkerke Churchyard contains 92 Commonwealth burials of the First World War and ten from the Second World War. There are also four war graves of other nationalities within the churchyard. 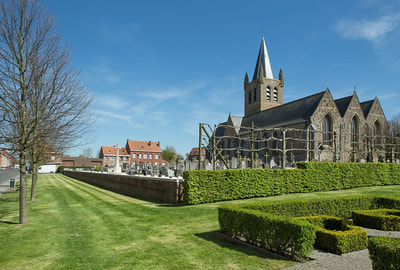 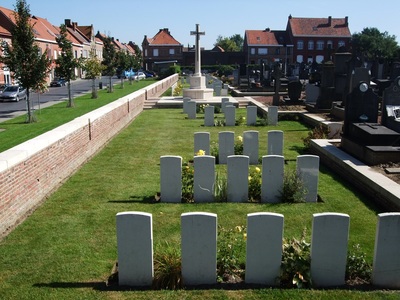 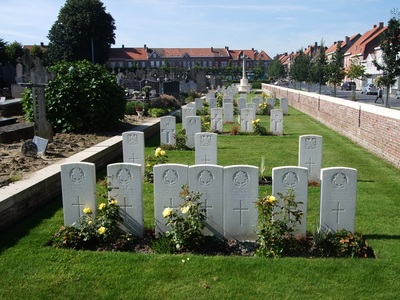 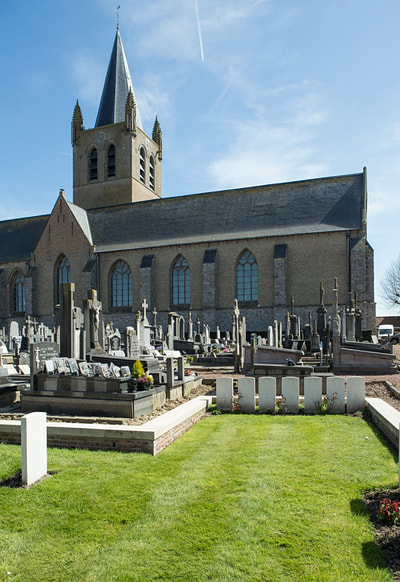 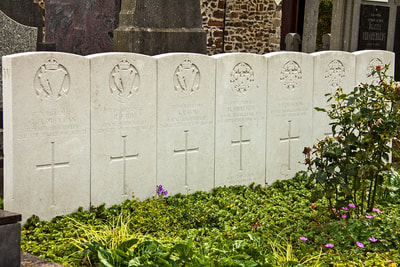 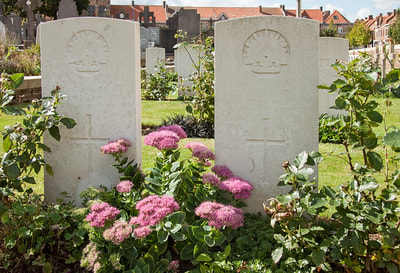 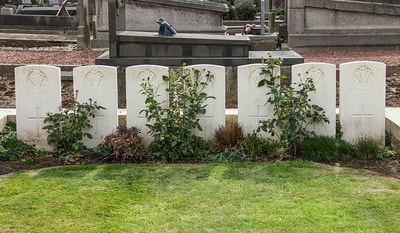 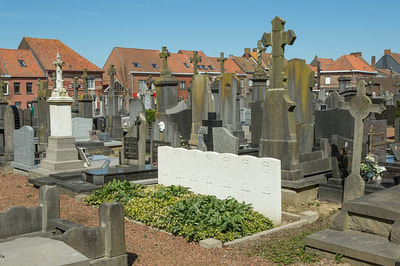 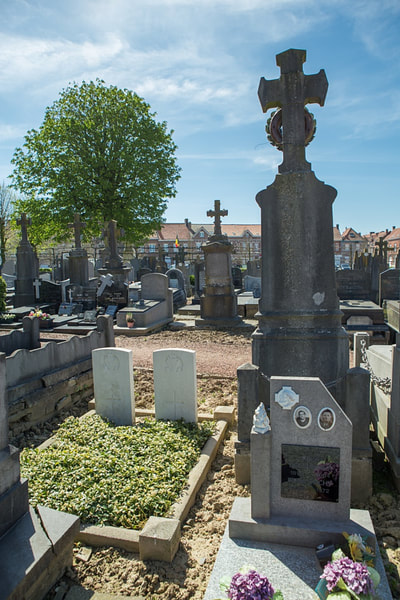 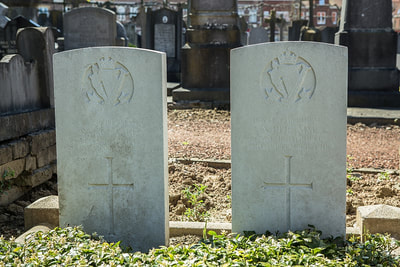 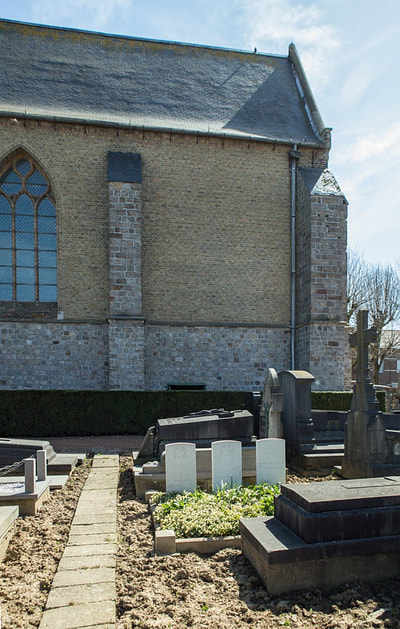 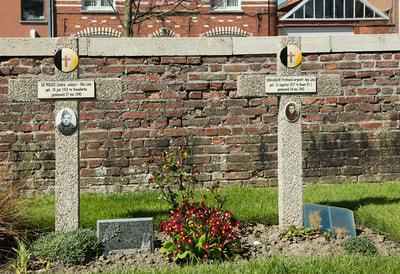 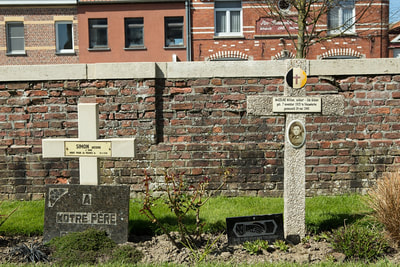 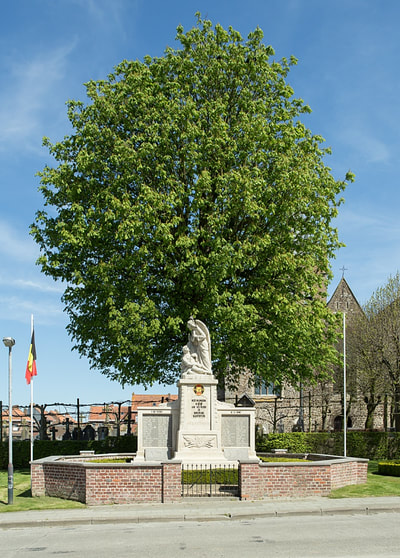 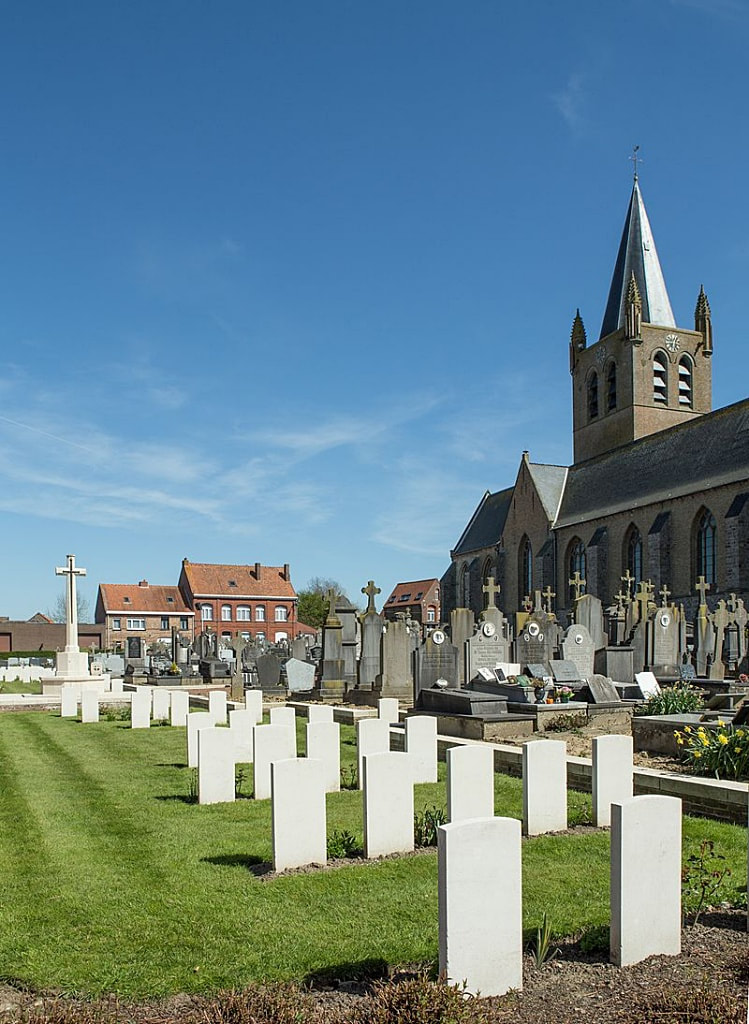 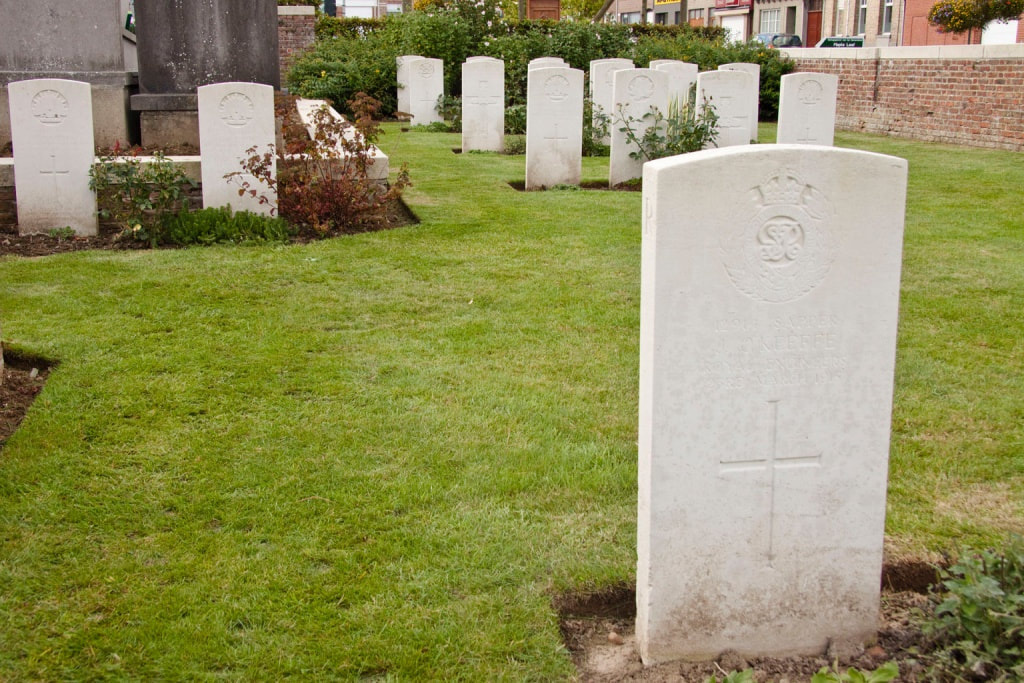 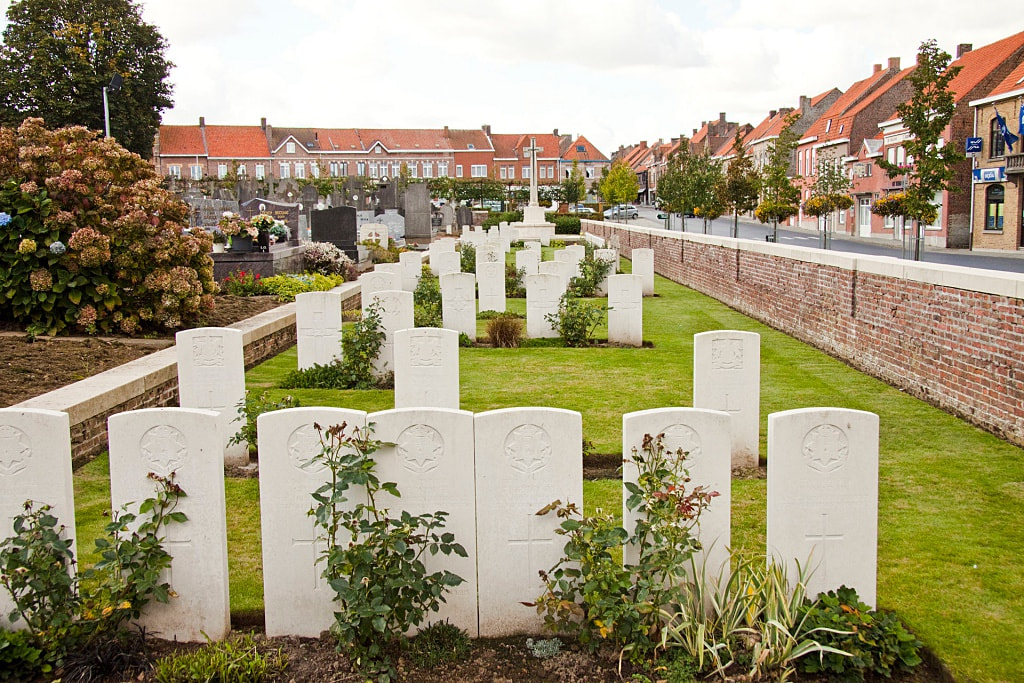 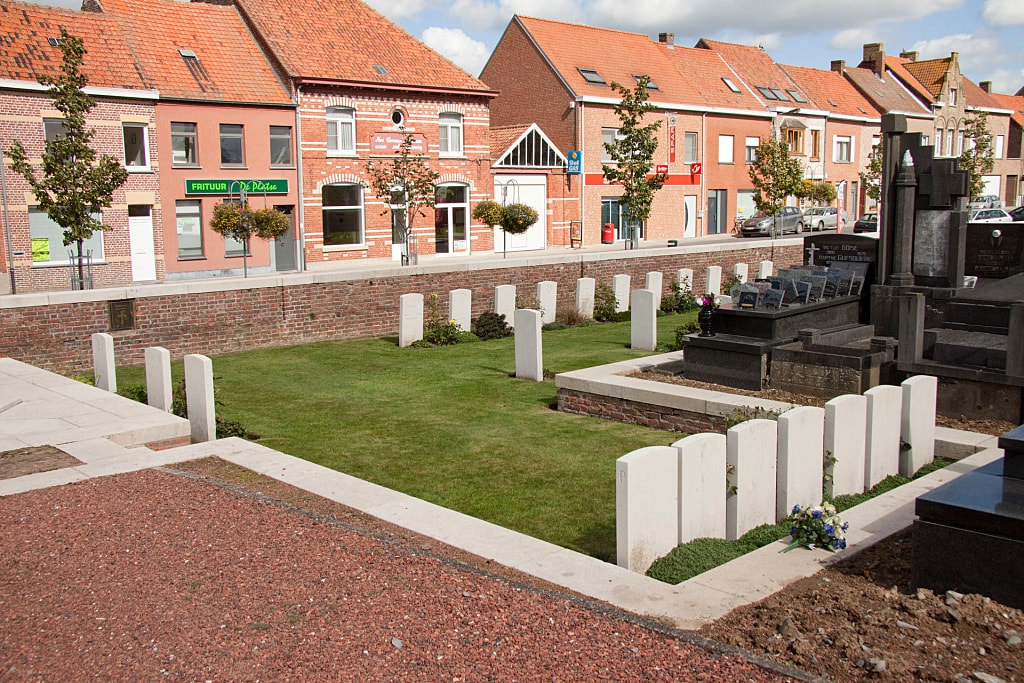 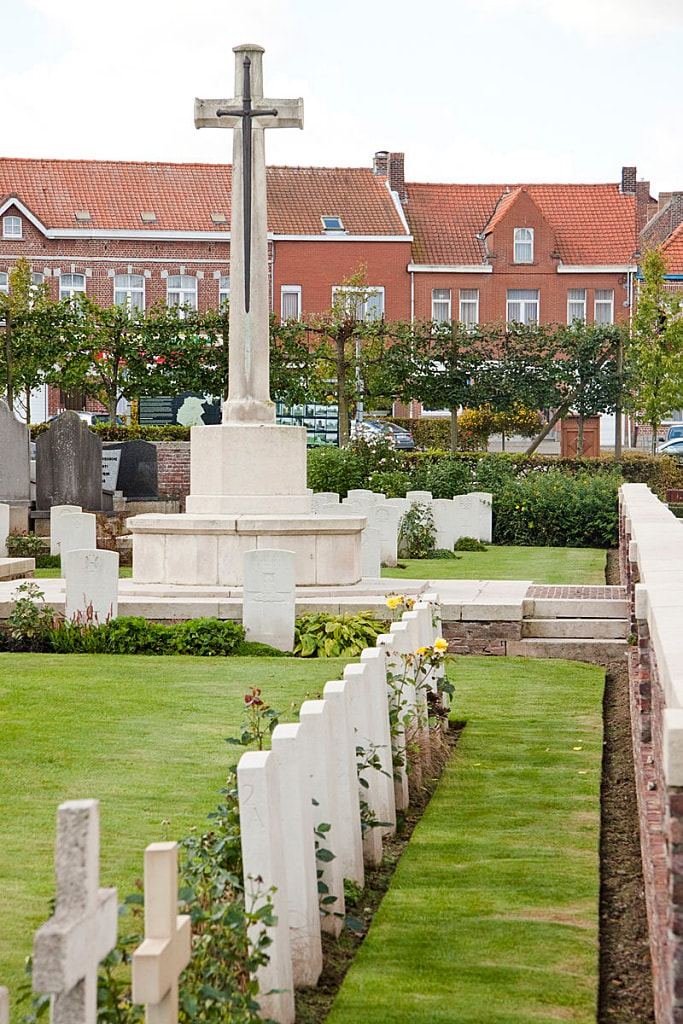 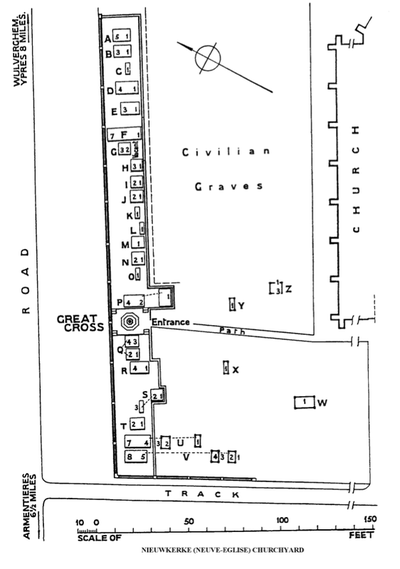 He was killed in Belgium, and the family story is that my Great-Grandfather Thomas Mazzei (17040) (his brother who served with him) buried him, and the army docked his pay because he used his own army blanket to wrap him in!

His brother Louis Mazzei was also killed in the 1914-1918 war and is commemorated on the Menin Gate Memorial.

Archie was the son of James McGilvray and his wife Agnes Jane nee Neyland. He was one of eight children and he served with his brother Alec. His parents were farmers at Shepherd Siding, Wagga Wagga, NSW, Australia. His youngest sister is my grandmother.

A labourer prior to enlisting, he embarked from Sydney aboard the HMAT Euripides (A14) on 9 September 1915. He was killed in action on 22 March 1918 near Neuve-Eglise, Belgium. 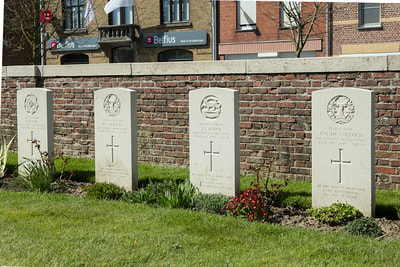 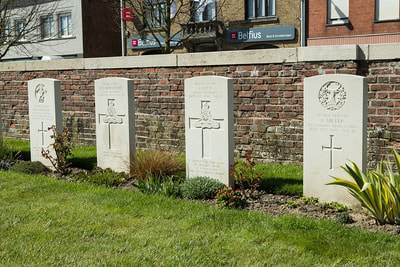 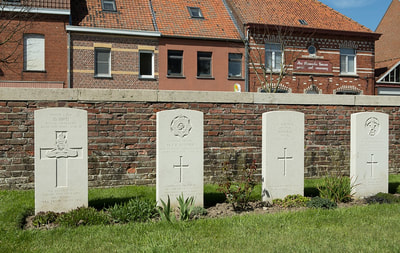