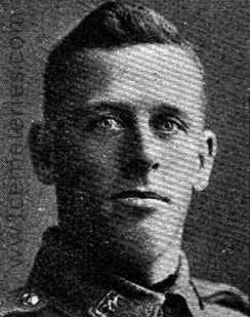 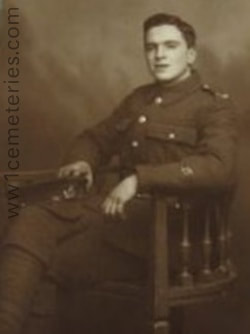 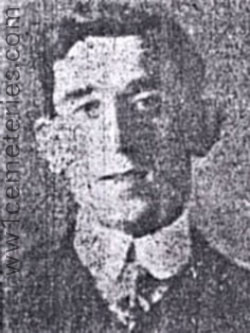 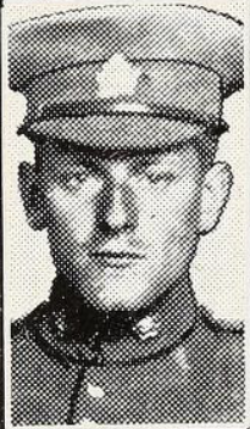 Inscription "Until The Day Breaks And The Shadows Flee Away" 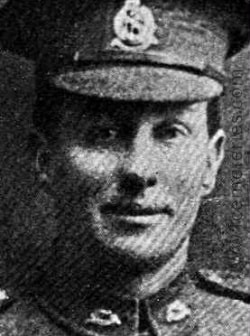 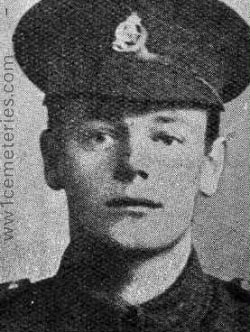 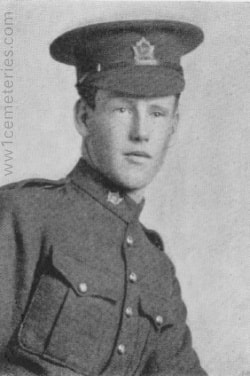 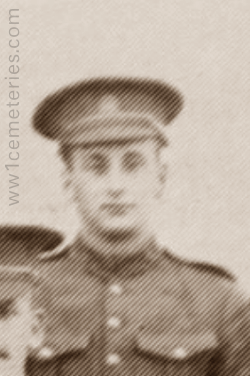 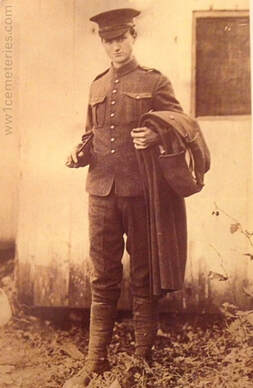 
Son of John D. and Marion B. Clark, of Vancouver, British Columbia. 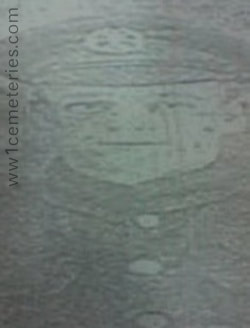 After locating George's Active Service record and other documents, I have found that George volunteered for the Army on 13th March 1916 in Preston. He served with the 8th and 2nd Battalions, South Lancashire Regiment.
​
He was posted to the Western Front in July 1916 and was wounded for the first time on 9th August 1916. It seems that George was wounded in action on three separate occasions and was also once “buried by a shell” before returning to the front line.
​
He was promoted to rank of Corporal on 13th April 1918 and was awarded the Military Medal for bravery in battle on 27th of June 1918. He was shot and killed by a sniper on 25th September 1918 whilst serving at the front line near Ypres in Belgium.

An obituary in remembrance of George Cockshoot was placed in the Darwen News of October 5th 1918 by his family, the obituary included a photograph and notes from two of his comrades. 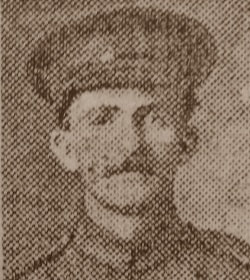 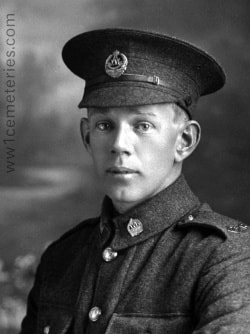 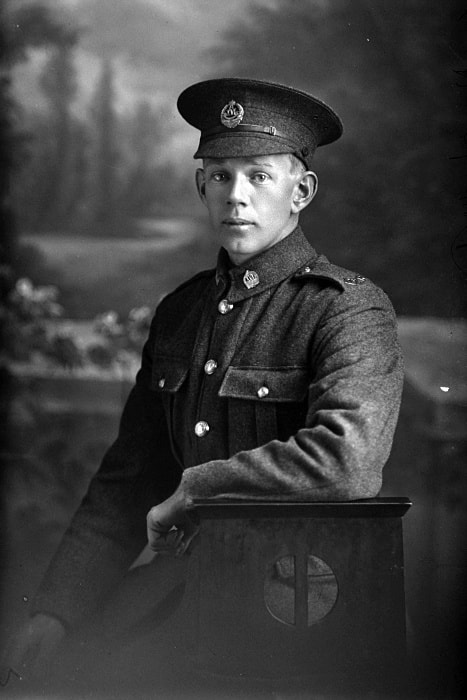 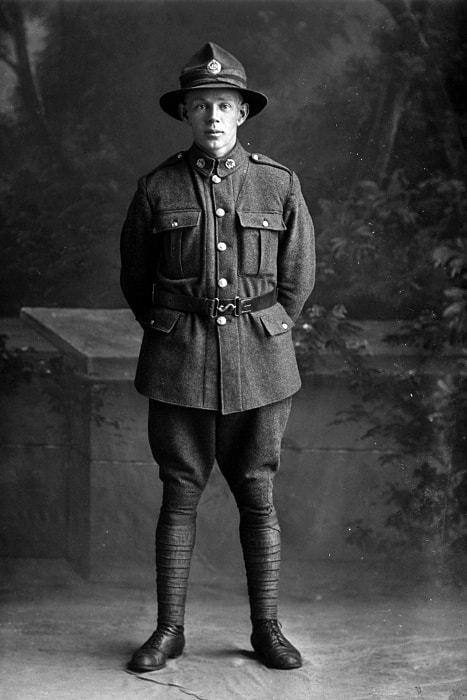 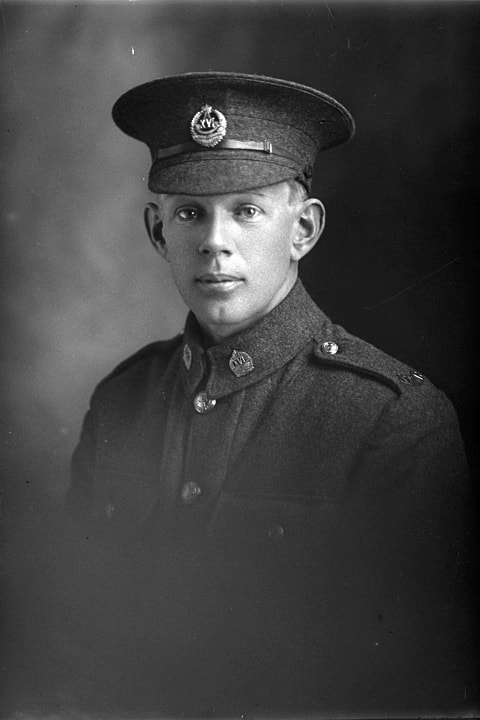 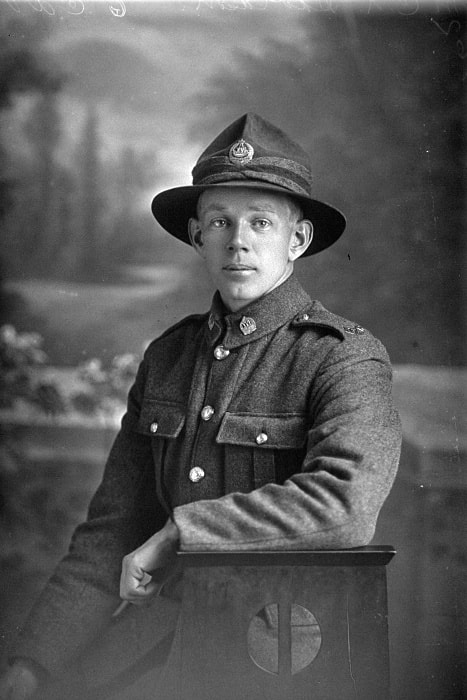 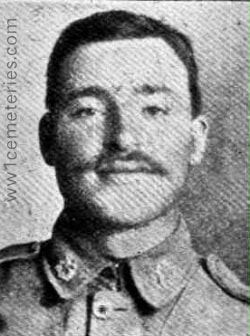 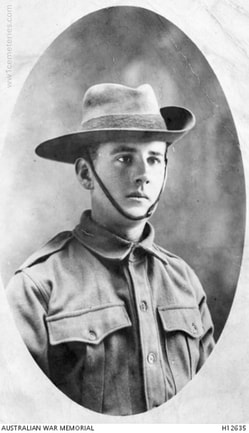 Inscription "In Memory Ever Dear"

Son of the late Robert and Jane Elliott; of 4, Dovemount Place, Hawick, Scotland. 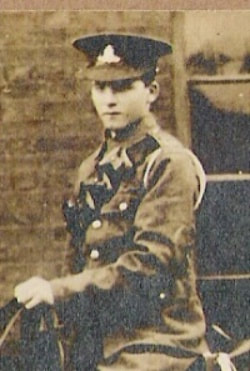 He was 18 in September 1914 and killed on 2 November 1914 along with other members of his gun crew who are also buried in this cemetery. 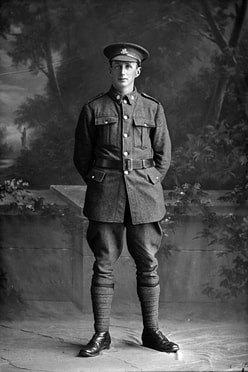 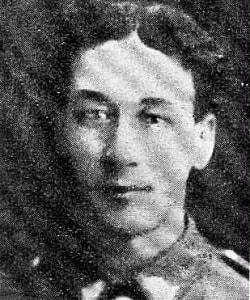 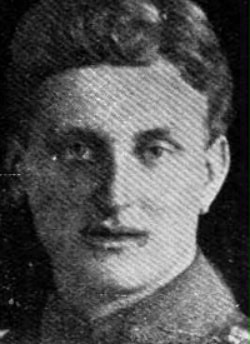 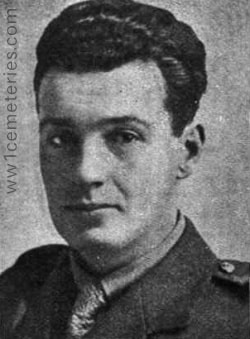