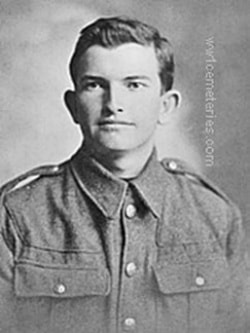 ​A telegraph assistant prior to enlisting in Darwin on 29 July 1915, Lauder embarked from Sydney aboard HMAT Ayrshire on 1 September 1915. He was killed in action on 30 October 1917 in Belgium. 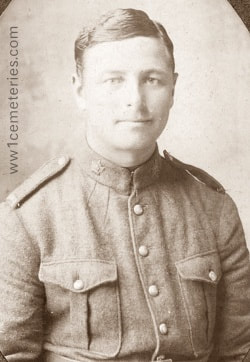 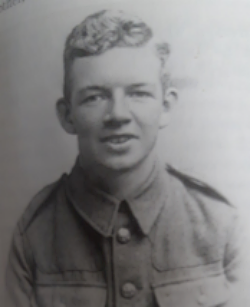 His headstone bears the inscription "Until The Day Breaks"

Private Luke C Leadbeater 1/5ty Duke of Wellingtons Regt. Killed on 22nd November 1917. He is laid to rest in Aeroplane cemetery just outside Ypres. He is in plot 11. A. 23 and lies next to his friend John Wiseman who was killed with him. plot 11. A. 22.

Pte. L.C. Leadbeater, joined the Duke of Wellingtons Regiment and trained chiefly at Chelmsford. He went to France on October 11th this year. Second-Lieut. R.B. Atkinson writes to Mrs. Leadbeater “it is with the very deepest regret that I have to inform you of the death of Pte. L.C. Leadbeater. It will be of a great comfort and consolation for you to know that he suffered no pain, and that death was instantaneous. He had not been long with us but he had shown great promise, and was always cheerful. His behavior was all that could be desired. Please accept the very deepest sympathy of all the officers and men of the company in your sad loss, and also my own as Platoon Commander, for I admired his conduct very much. He was buried by the Church of England Chaplain, and a photograph of his grave may be had”.

Lanc-cpl Arthur Sheard, whose home is at Flash Lane, Mirfield, wrote to the deceased’s fiancée {my Grand Mother} sending his deepest sympathy in the loss of her best and dearest friend, Luke. He personally knew Luke before the war, and as soon as he came out to the company he (Sheard) looked him up and had a pleasant evening or two with him. He had not been long with them, but showed himself a good lad in the trenches. He felt his lose greatly. He (Sheard) was in a dug-out about 10 yards away from him when he was killed. A shell dropped on the dug-out and killed him and another {this was 26651 Pte John Rushton Wiseman}, and wounded a third. They were got out immediately, but they found that Leadbeater had been killed instantly. He died a hero, paying the supreme price for his king and Country. There would be a reckoning day some day. No doubt it would be a great blow to her, but he hoped this letter would offer her a little consolation. 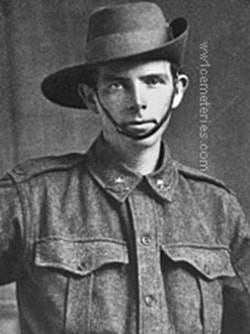 A farmer from Port Broughton, South Australia, prior to enlistment, he embarked with the 2nd Reinforcements from Adelaide on 11 April 1916 aboard HMAT Aeneas (A60) for Egypt. The battalion relocated to the Western Front, France, during June 1916. He was hospitalised in mid-January 1917 due to illness and evacuated to England for treatment and recuperation before he was able to rejoin his unit at Ploegsteert Wood, in early July 1917. Pte Lewis was killed in action at Westhoek Ridge, Belgium, on 27 September 1917. He has no known grave and he is commemorated on a special memorial for eight casualties known, or believed, to be buried in the Aeroplane Cemetery near Ypres, Belgium. He was aged 22 years. 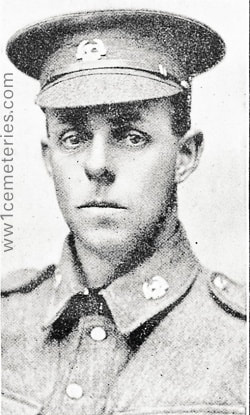 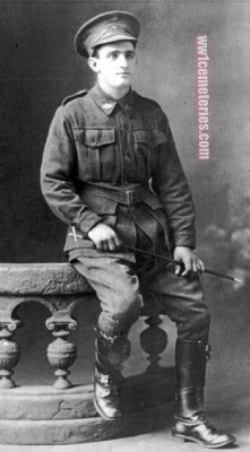 Inscription "In Memory Of The Loved Son Of Mrs. E. McAndrew Of Yelbeni"

A mill hand prior to enlisting in October 1915, Spr McAndrew embarked with the 4th Reinforcements from Sydney on board HMAT Orsova (A67) on 11 March 1916. After further training in Egypt, he arrived in France for service on the Western Front in June 1916. In August he was transferred to the 13th Field Company. Sapper McAndrew was killed in action at Zonnebeke, Belgium, on 26 September 1917, aged 23. 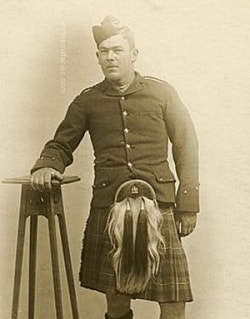 In this image, Cpl McKenzie is wearing a McKenzie pattern tartan, a civilian doublet and a cap, possibly, of the Gordon Highlanders. A grazier prior to enlisting on 24 August 1915, Private McKenzie embarked from Sydney with the 20th Battalion, 8th Reinforcements aboard HMAT Aeneas (A60) on 20 December 1915. After further training in Egypt he was transferred to the 56th Battalion and served in Palestine. Pte McKenzie arrrived in France for service on the Western Front in June 1916 and was promoted to the rank of Corporal in January 1917. Cpl McKenzie was killed in action at Ypres, Belgium, on 26 September 1917. 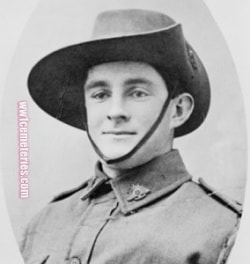 Inscription "Faithful Son Of Hugh & Mary A. Mullen Of Mitiamo Till We Meet Again"

A farmer prior to enlistment on 18 May 1916, Pte Mullen embarked from Melbourne with the 5th Reinforcements on 18 September aboard HMAT Karoo (A10). He was killed in action on 13 October 1917, aged 21. His brother, 612 Pte Hugh James Mullen died two years previously on 19 May 1915 following wounds received in action at Gallipoli. He is buried at Birmingham (Lodge Hill) Cemetery, England.
The image on the right is a group portrait of members of the 17th Reinforcements of the 27th Battalion. Left to right, back row: 6171 Private (Pte) Harold Willis White; 6124 Pte Edgar Leonard Nourse; seated, 6183 Pte Thomas Henry O’Donnell; 6115 Pte Edward Colman Mugge. All members embarked from Adelaide on 6 November 1916 aboard HMAT Afric (A19) for Plymouth, England. Pte O’Donnell, a bank clerk from Angaston, South Australia, prior to enlistment, trained with the 7th Training Battalion in England before proceeding to France in July 1917 where he was transferred to the 50th Battalion. Pte O’Donnell was killed in action on 28 September 1917 near Zonnebeke, Belgium. He was aged 27 years. The other three soldiers survived the war and returned to Australia in July 1919. 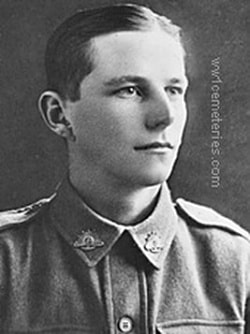 A 20 year old student prior to enlisting on 26 April 1916, he embarked for overseas as a Private with the 7th Reinforcements of the 50th Battalion from Adelaide on 6 November 1916 aboard HMAT Afric. Following further training in England, he joined the 50th Battalion in Belgium on 15 July 1917 and was promoted to Lance Corporal on 15 August 1917. He was killed in action at Westhoek Ridge, Belgium on 27 September 1917 and commemorated on a Special Memorial in the Aeroplane Cemetery, Ypres, Belgium. His brother, 6891 Private Clarence Swann Padman, 8th Company Australian Machine Gun Corps was killed in action in France on 29 November 1916 and buried in the Bancourt British Cemetery. 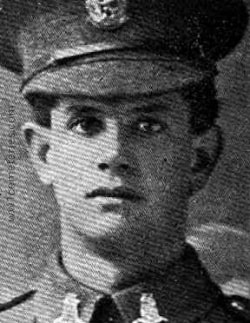 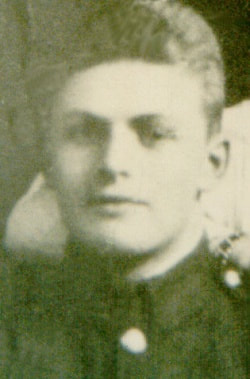 Inscription "Jesus, Have Mercy On Him" 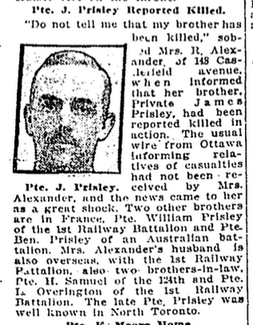 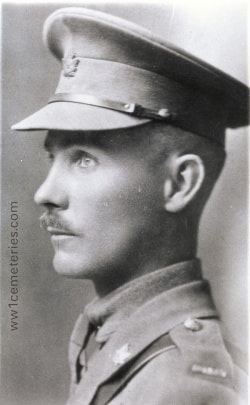 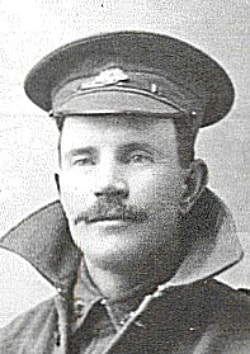 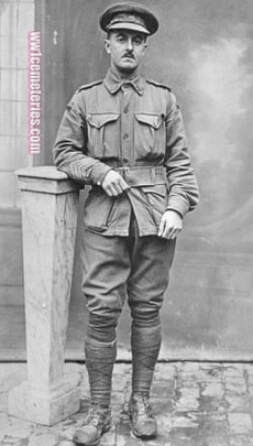 Lt Smithers enlisted on 13 August 1915 embarked for overseas service as 2788 Acting Sergeant Smithers on HMAT Nestor (A71) on 9 April 1916. He was promoted Lieutenant on 21 August 1917 and killed in action on near Ypres, Belgium on 10 October 1917. He was previously a clerk from Bondi, Sydney. 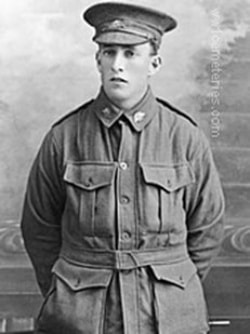 
From South Richmond, Victoria, he was a 22 year old labourer prior to enlisting on 19 May 1916, he embarked for overseas with the 15th Reinforcements from Melbourne on 25 September 1916 aboard HMAT Shropshire. After further training in England, he joined the Battalion in France in December 1916 and we killed in action at Passchendaele, Belgium on 5 October 1917. ​ 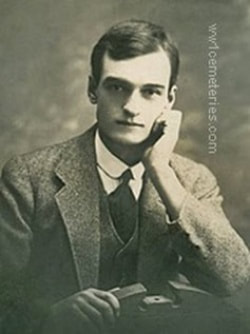 A jeweller prior to enlistment he embarked with the 3rd Reinforcements on board Barambah (A37) on 23 June 1916. Pte Wensor was killed in action while serving on the Western Front on 26 September 1917, he was 19 years of age.