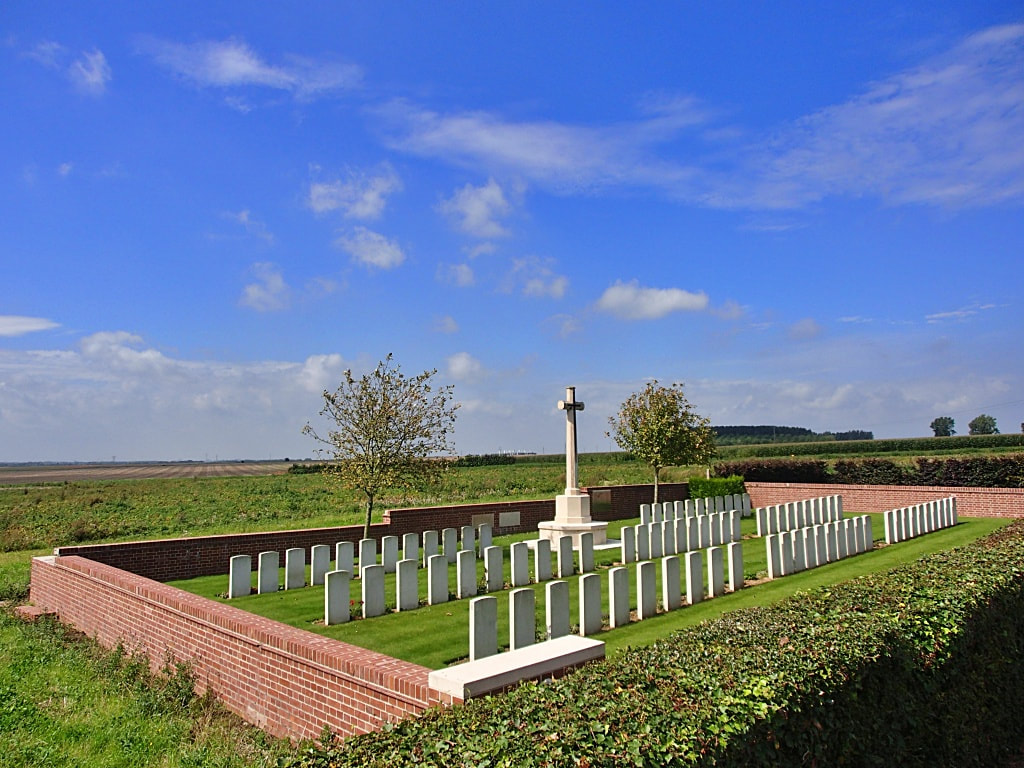 The extension was made by the 51st (Highland) Division Burial Officer in November 1918. At the Armistice, it contained 100 burials dating from the period 12-26 October 1918, 46 of which were Seaforth Highlanders and 41 Gordon Highlanders. In 1928, a further 14 graves were brought in from St. Hilaire-sur-Helpe Churchyard and Louvignies-les-Quesnoy Churchyard.

The extension was designed by W H Cowlishaw
​ 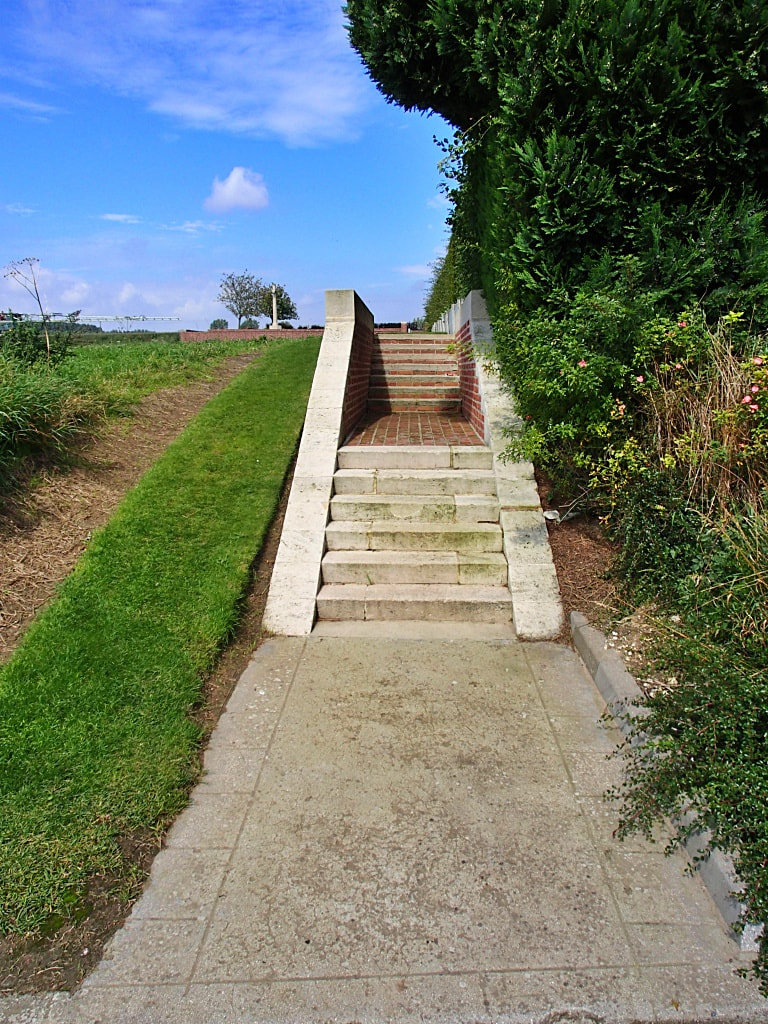 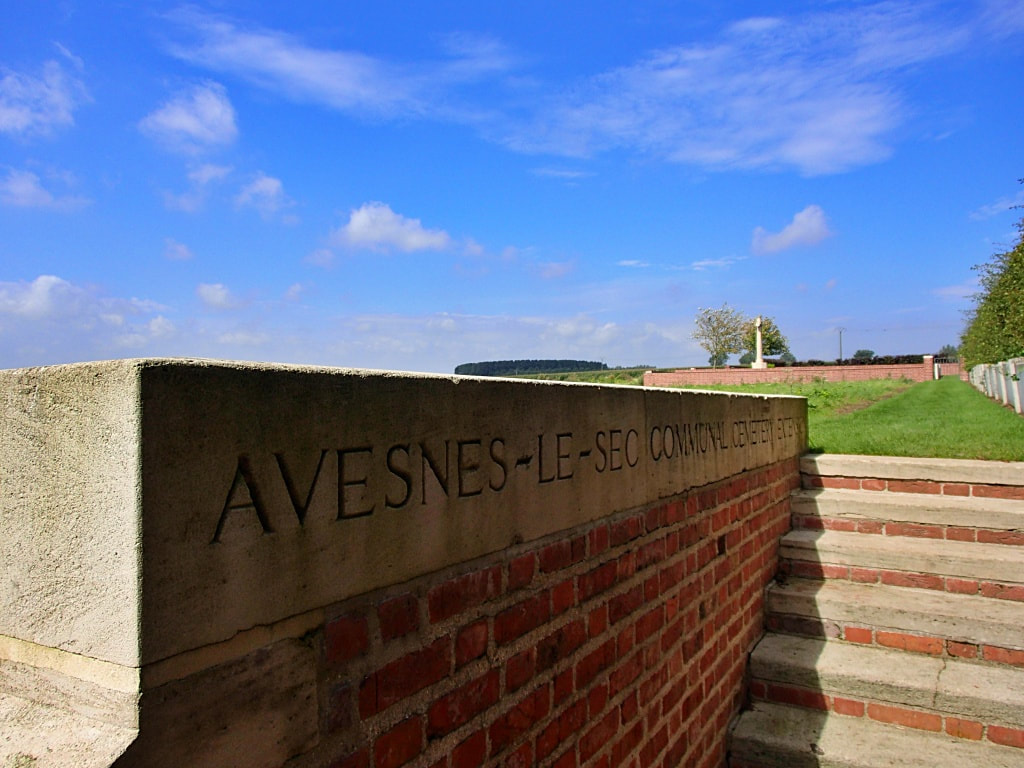 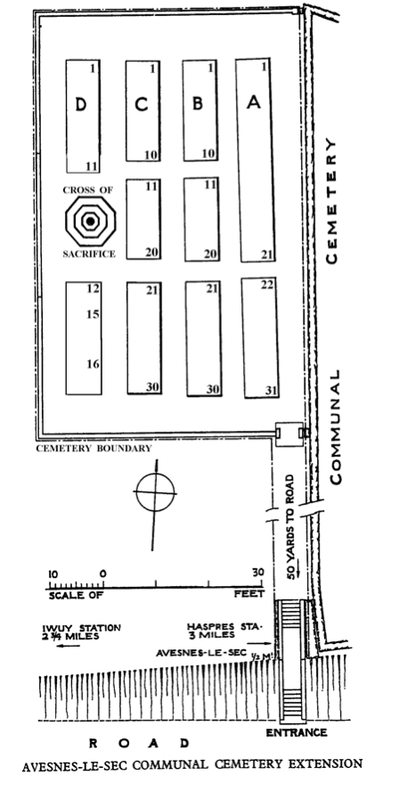 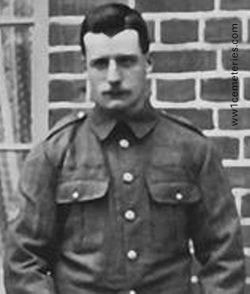 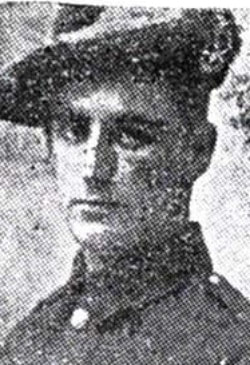 Only son of the late Alexander and Elizabeth A. Bentley, of Burnage Lane, Levenshulme, Manchester. Enlisted Jan., 1915. Previously wounded at Cambrai (1917), and when in hospital voluntarily gave his blood for transfusion. 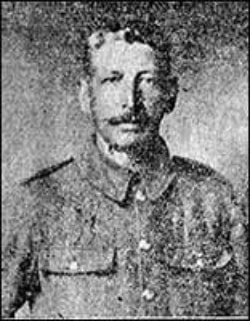 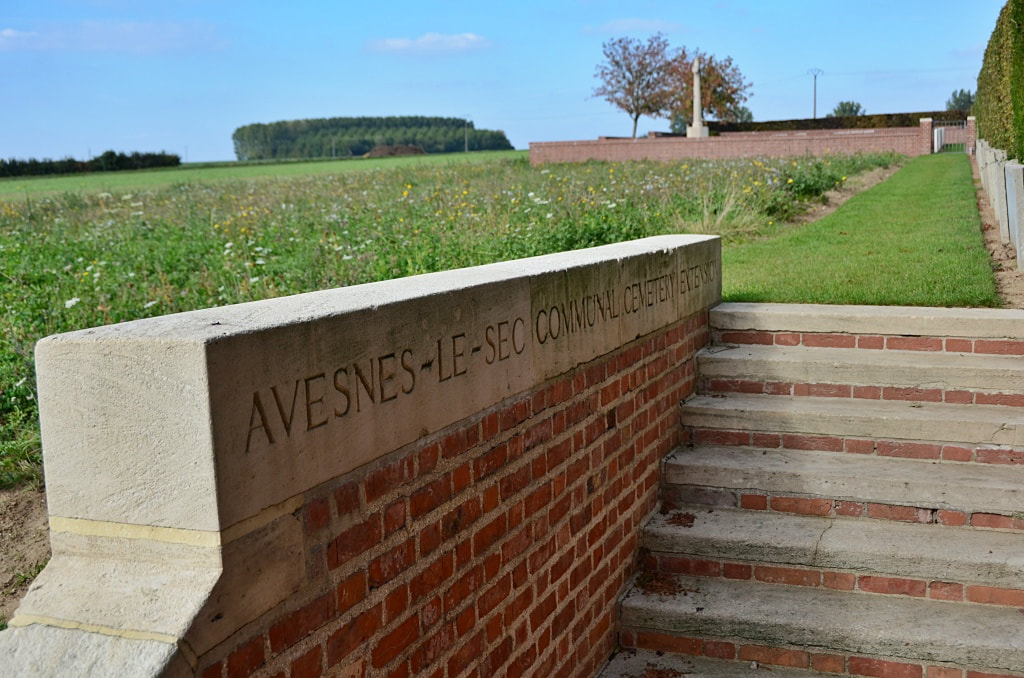 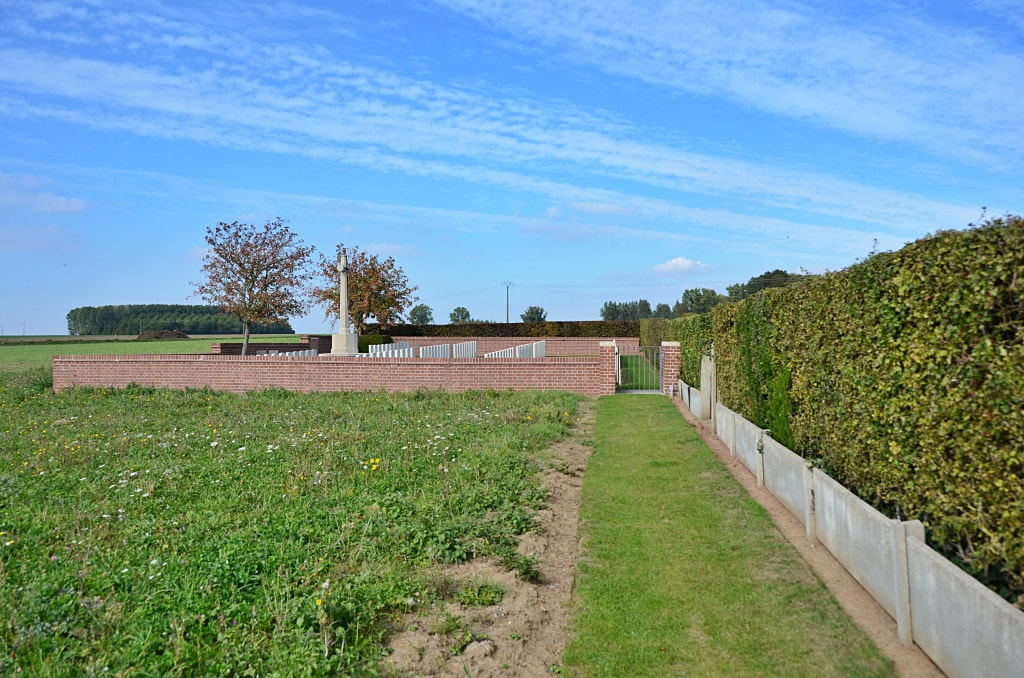 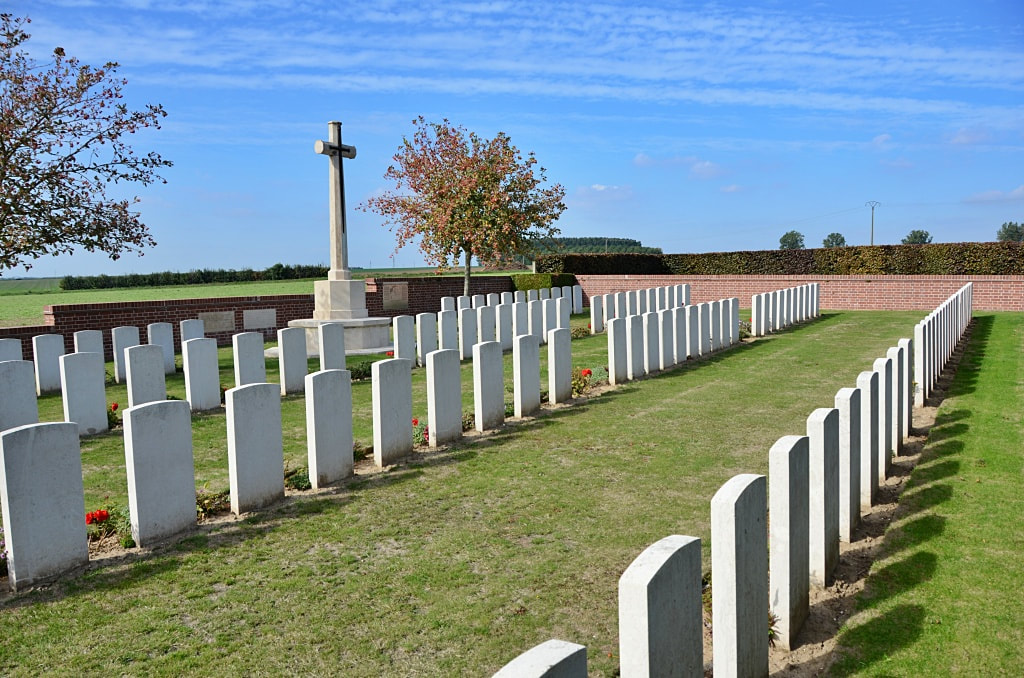 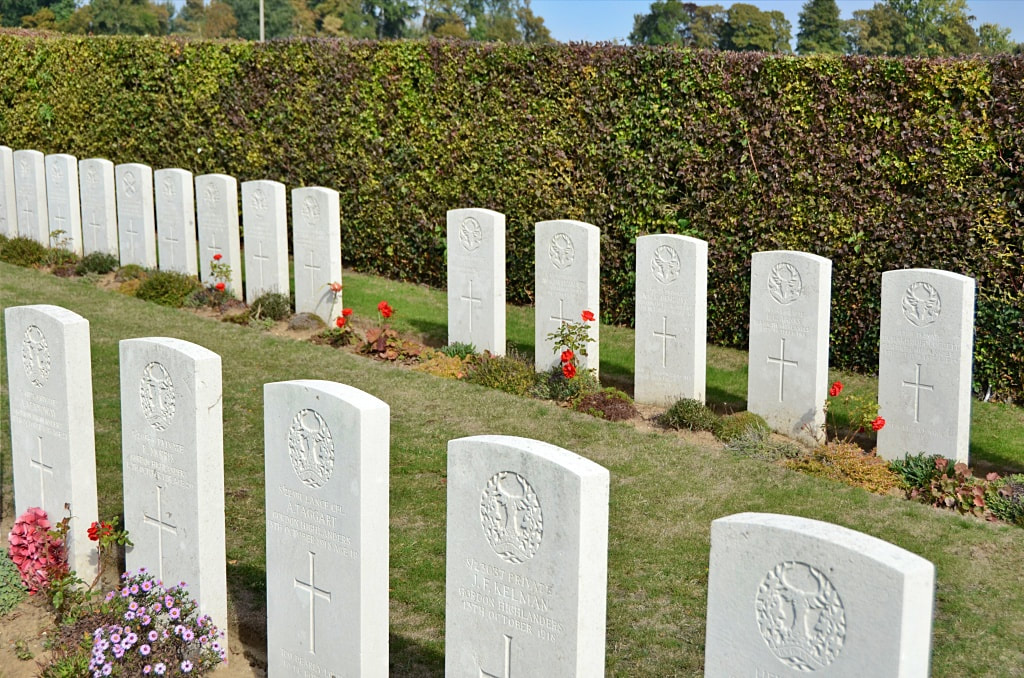 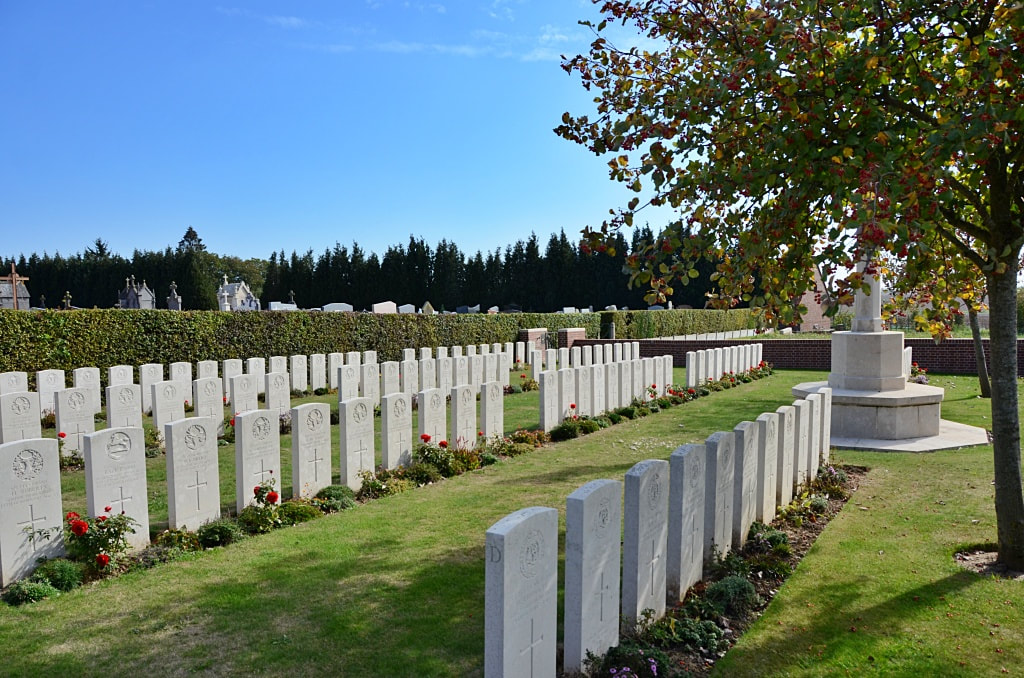 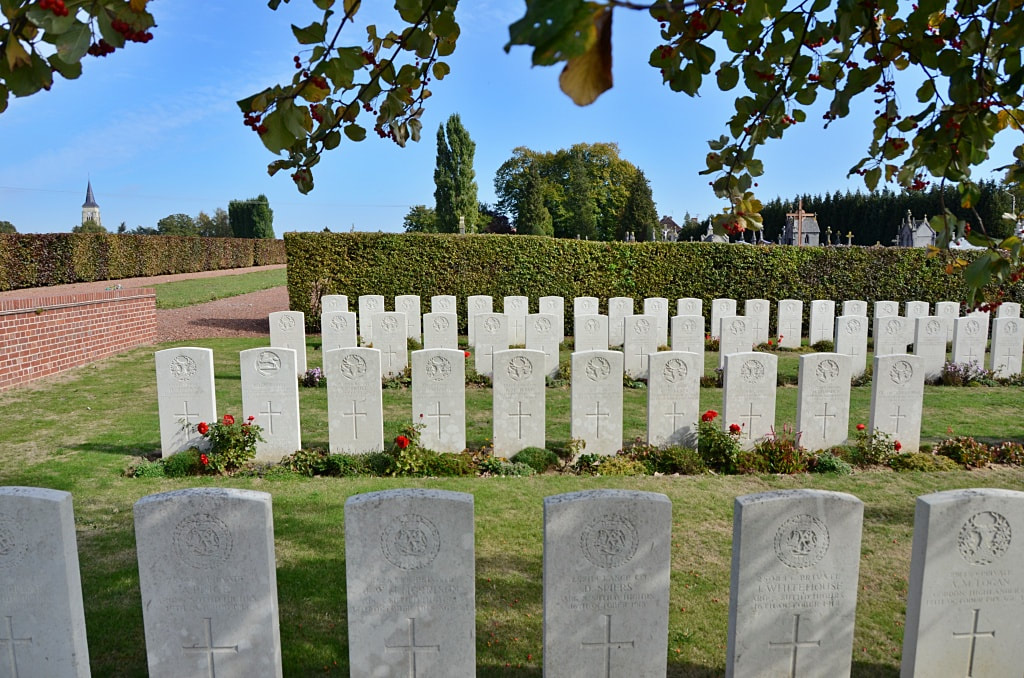 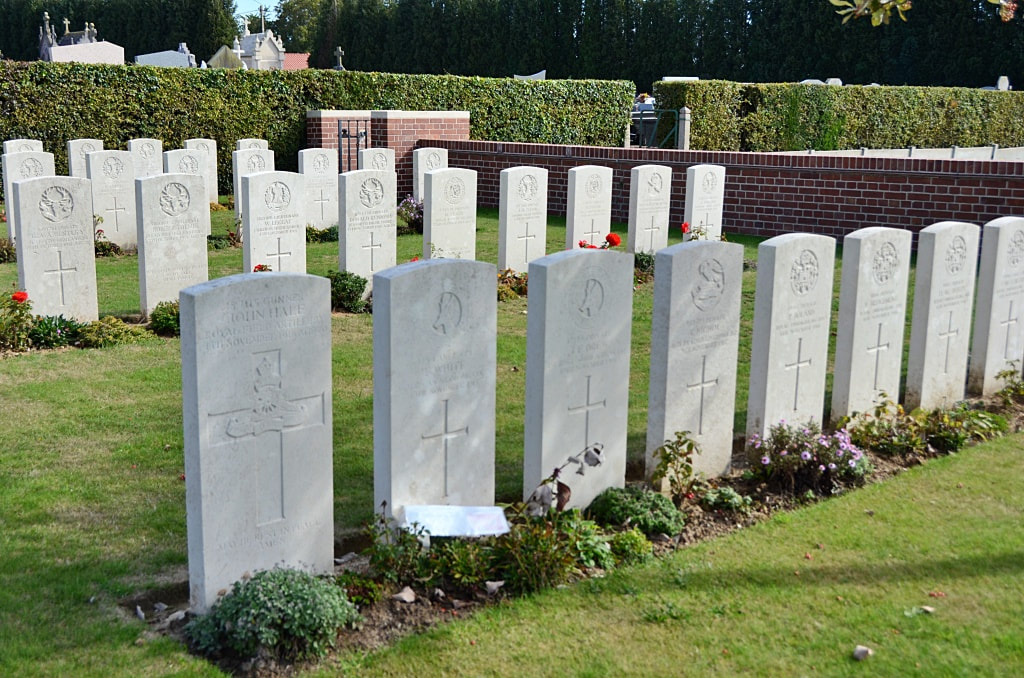 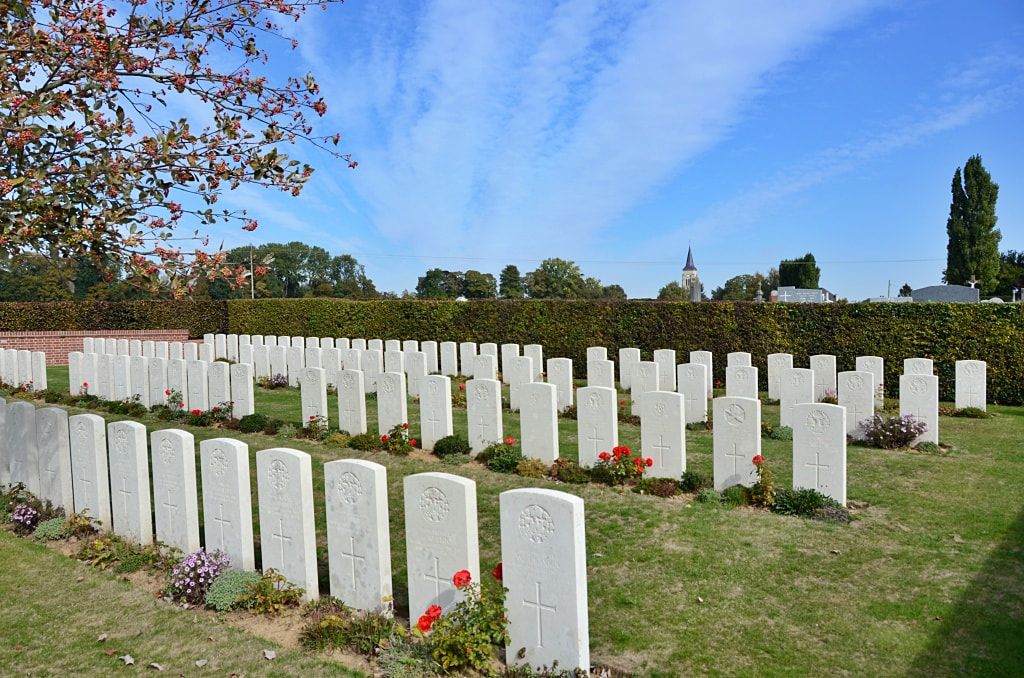 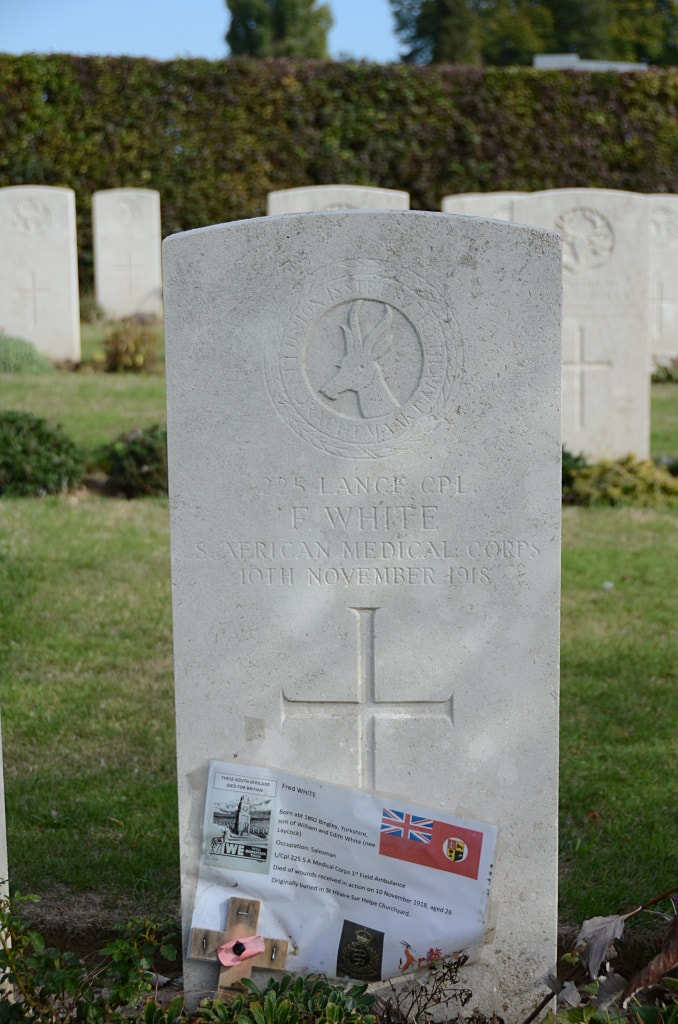 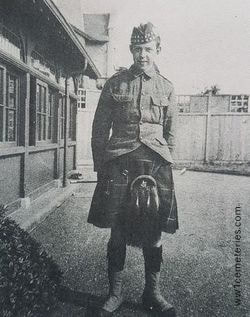 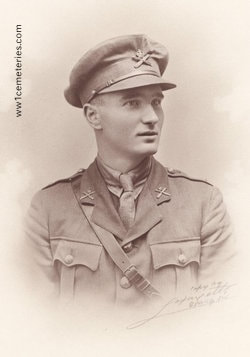 Son of Donald and Margaret Mackinnon, of Tiree, Argyll. 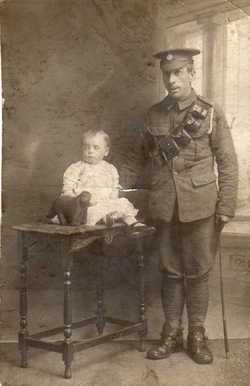