Bancourt is a village in the Department of the Pas-de-Calais about 3.5 kilometres east of Bapaume. The Communal Cemetery is a little east of the village on the road from Fremicourt to Villers-en-Flos.
​
Bancourt was occupied by Commonwealth forces in March 1917. It was lost a year later during the German offensive in the spring of 1918 but recaptured by the New Zealand Division (in particular, the 2nd Auckland Battalion) on 30 August 1918. Bancourt Communal Cemetery contains the graves of six officers of the Royal Flying Corps (one of them unidentified) buried by the Germans in the autumn of 1916, and one soldier from New Zealand who died in September 1918. In addition, there is a special memorial to an Australian soldier, buried in the cemetery in April 1917, whose grave was destroyed by shell fire.

25178 Serjeant R. S. Evans, 70th Squadron, Royal Flying Corps, died 16th November 1916, aged 18. Son of Robert and Isabel Evans, of 10, Marina Crescent, Herne Bay, Kent. One of the first Serjeant Pilots in the R.F.C. His headstone bears the inscription "The Eternal God Is Our Refuge & Underneath Are The Everlasting Arms" 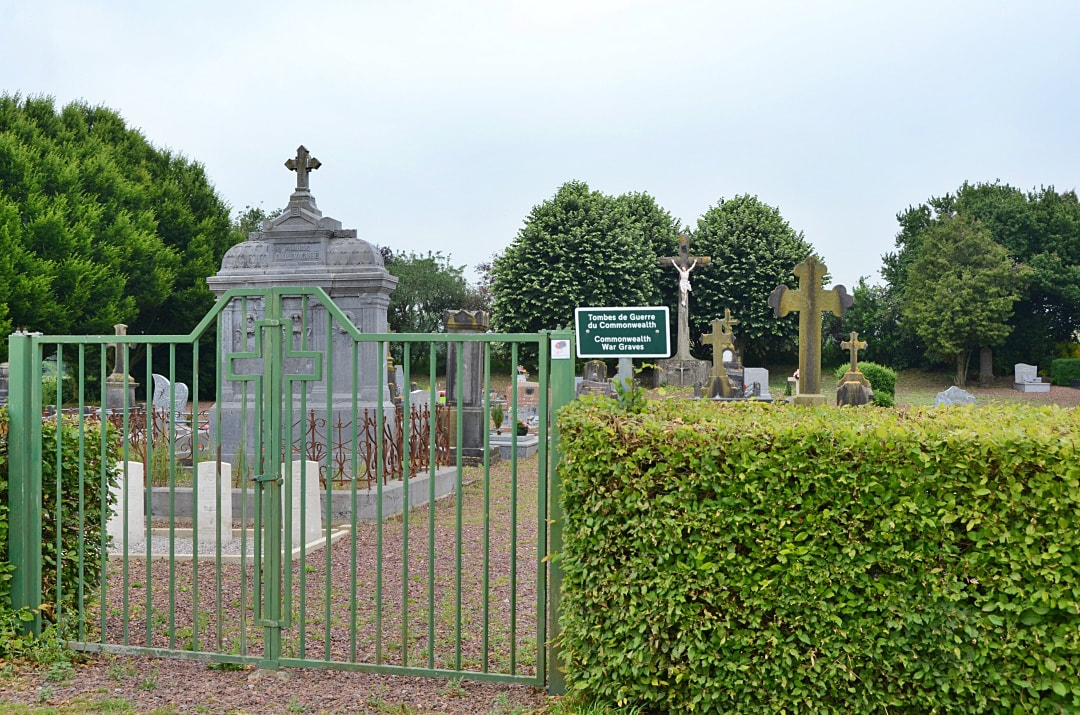 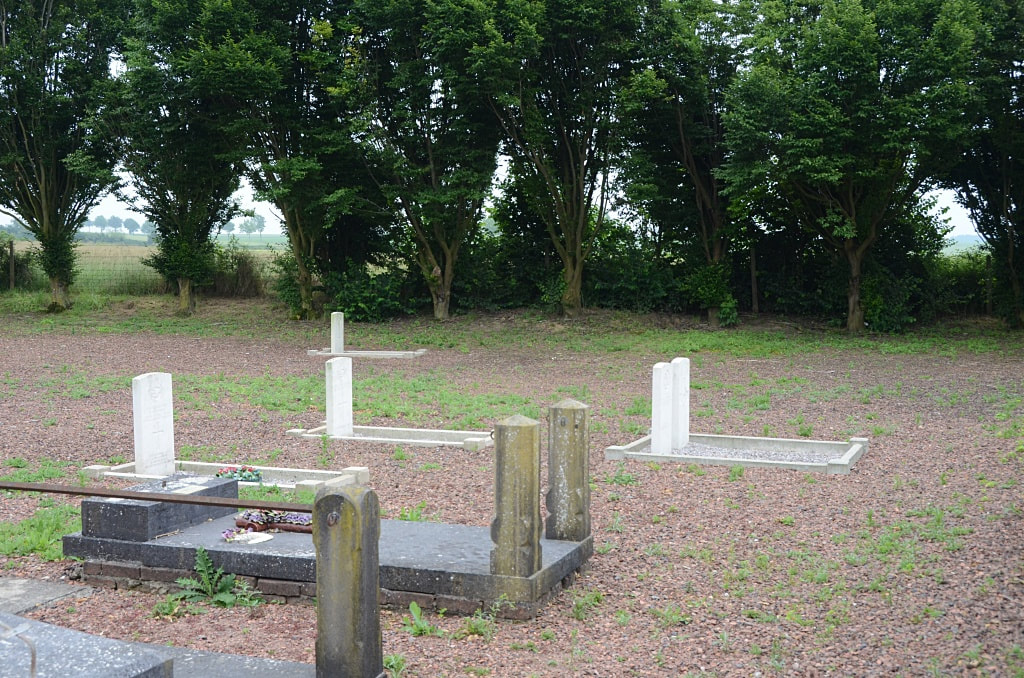 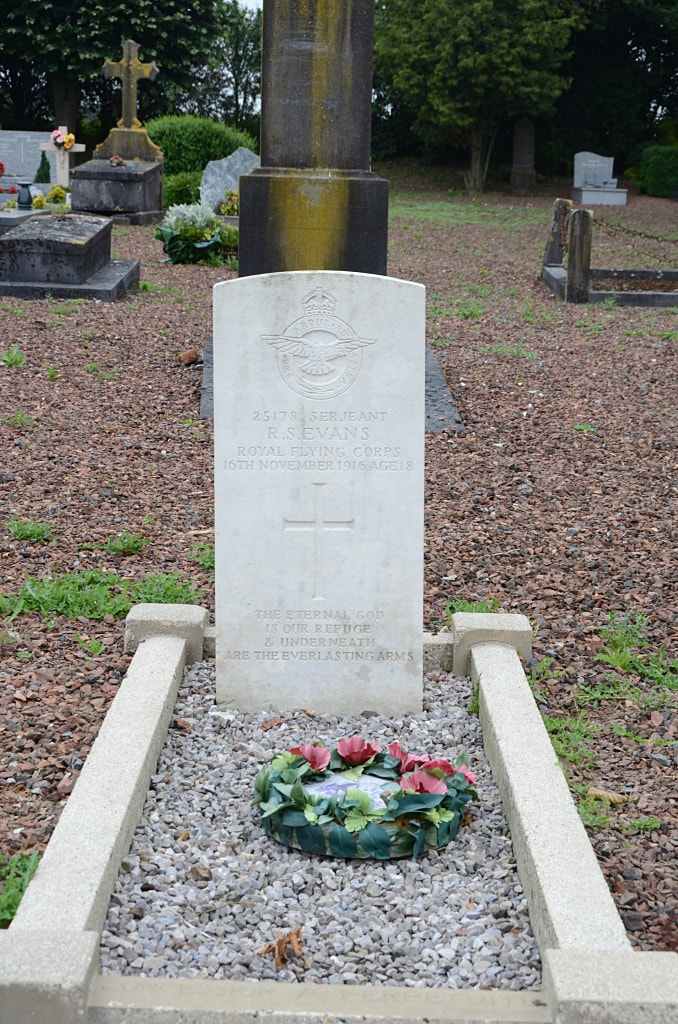 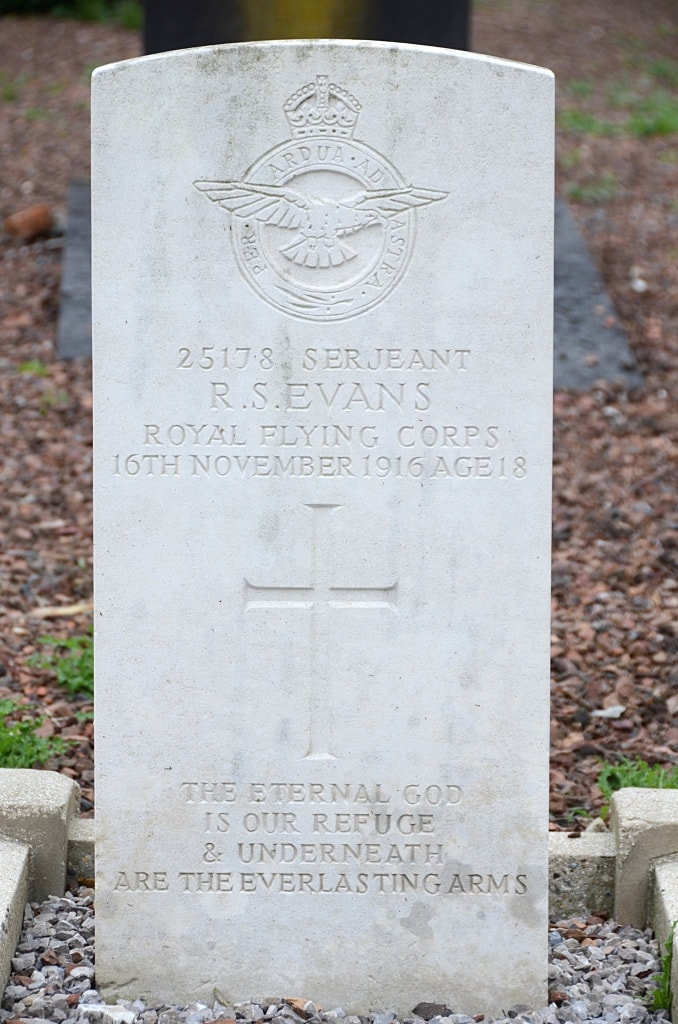 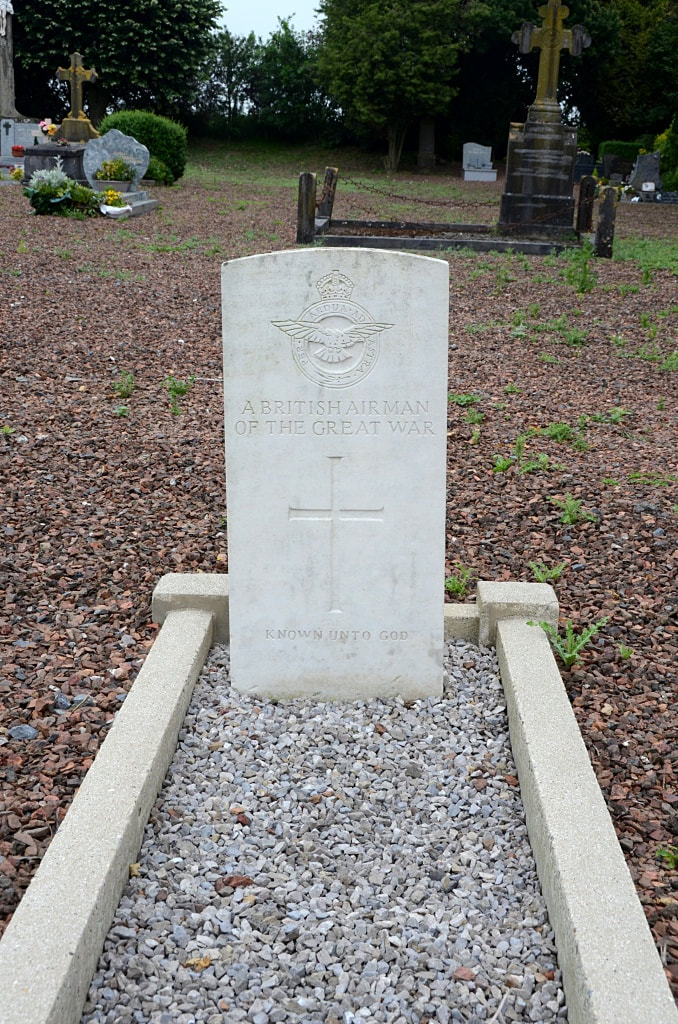 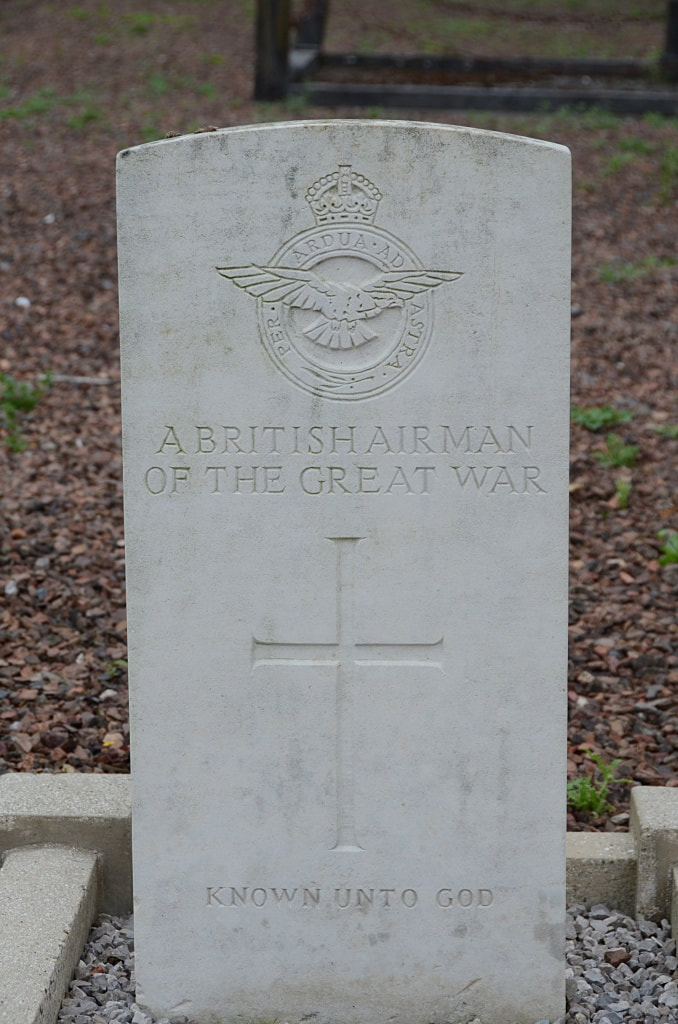 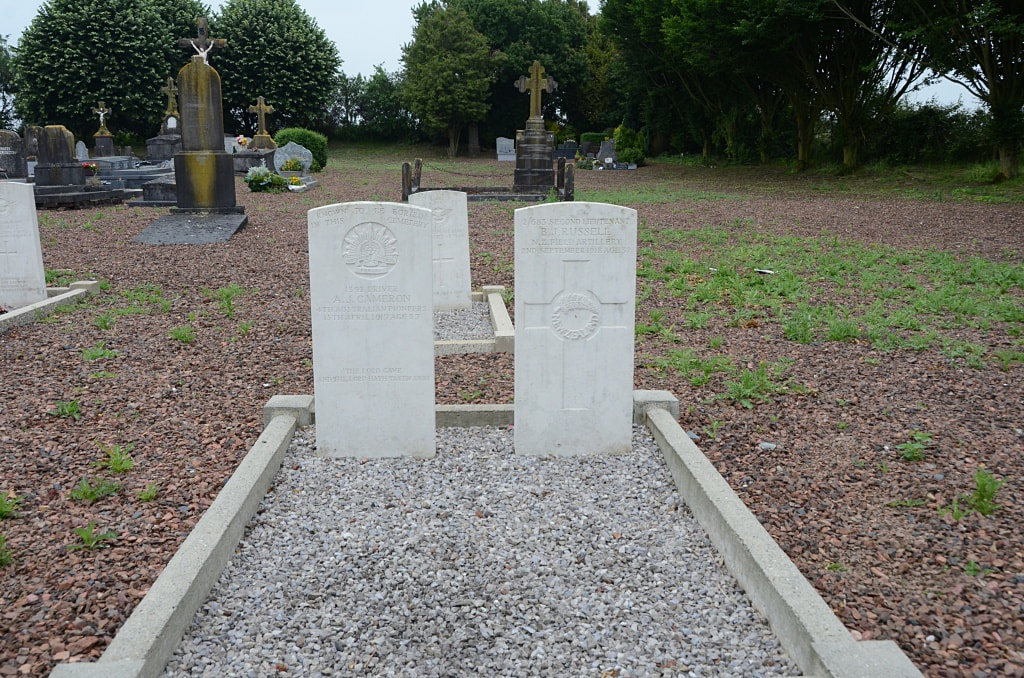 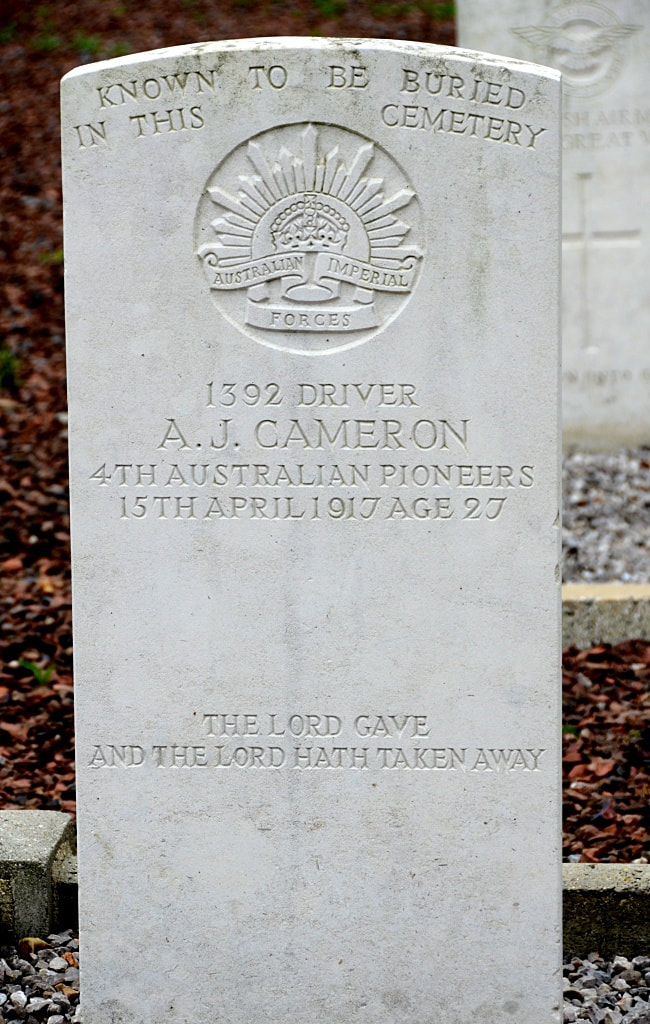 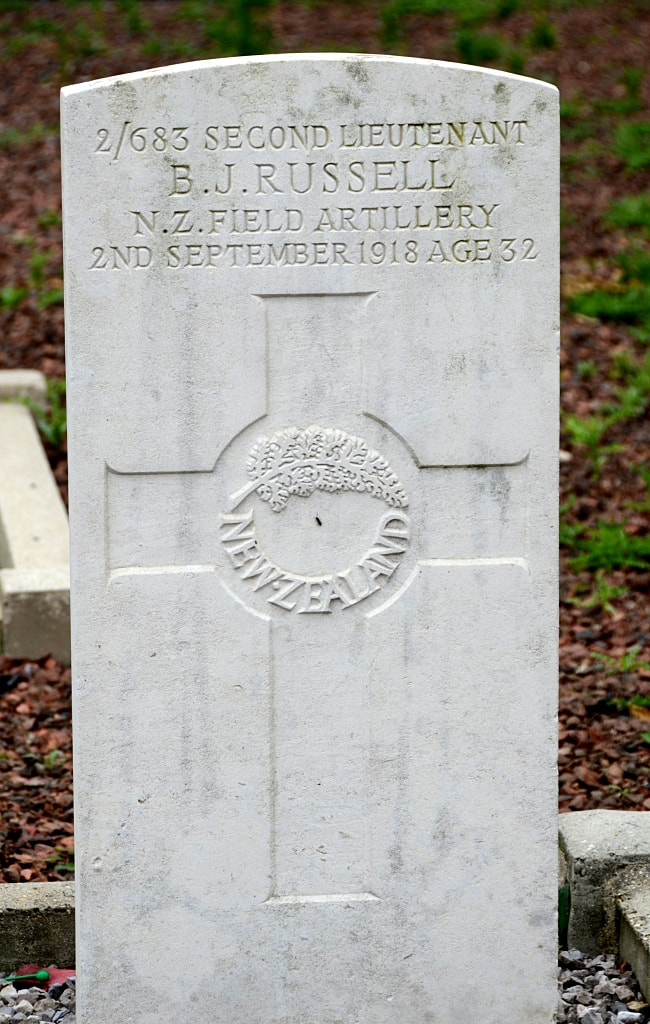 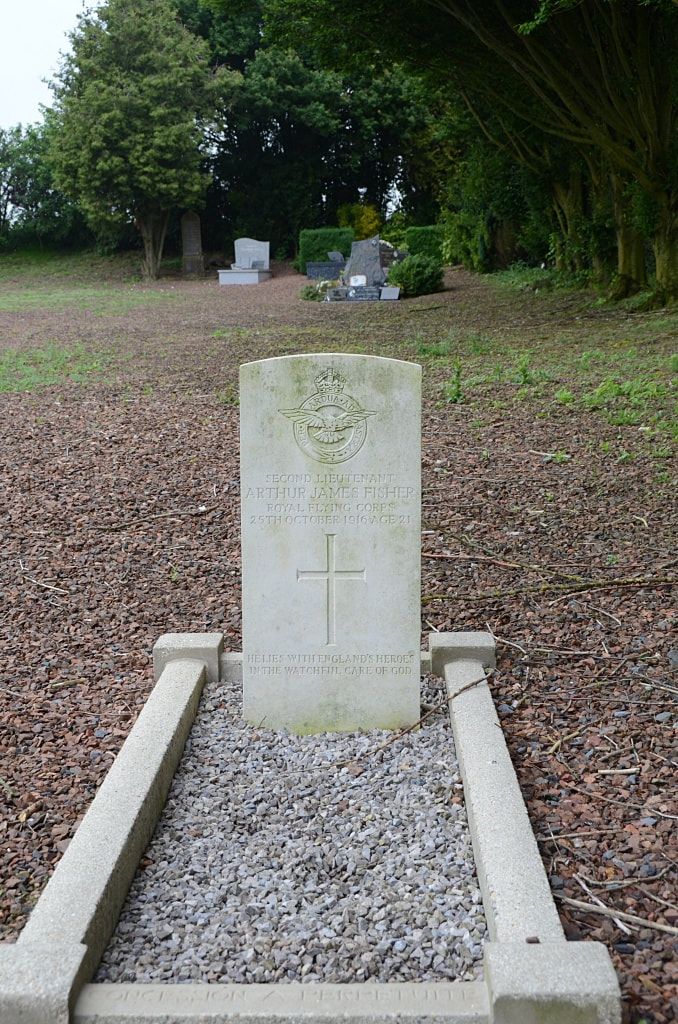 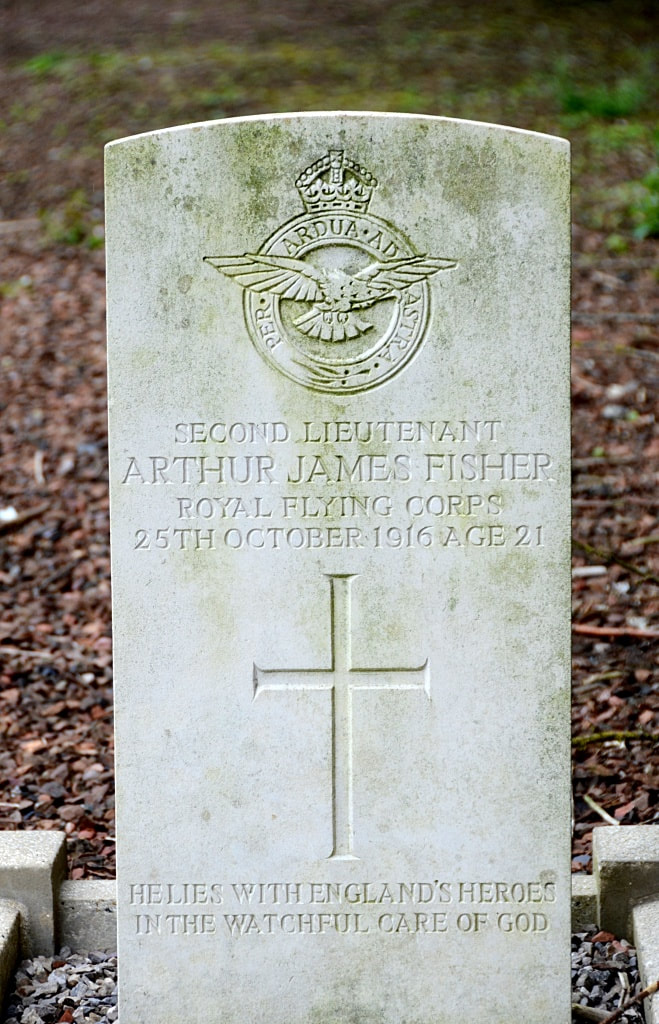 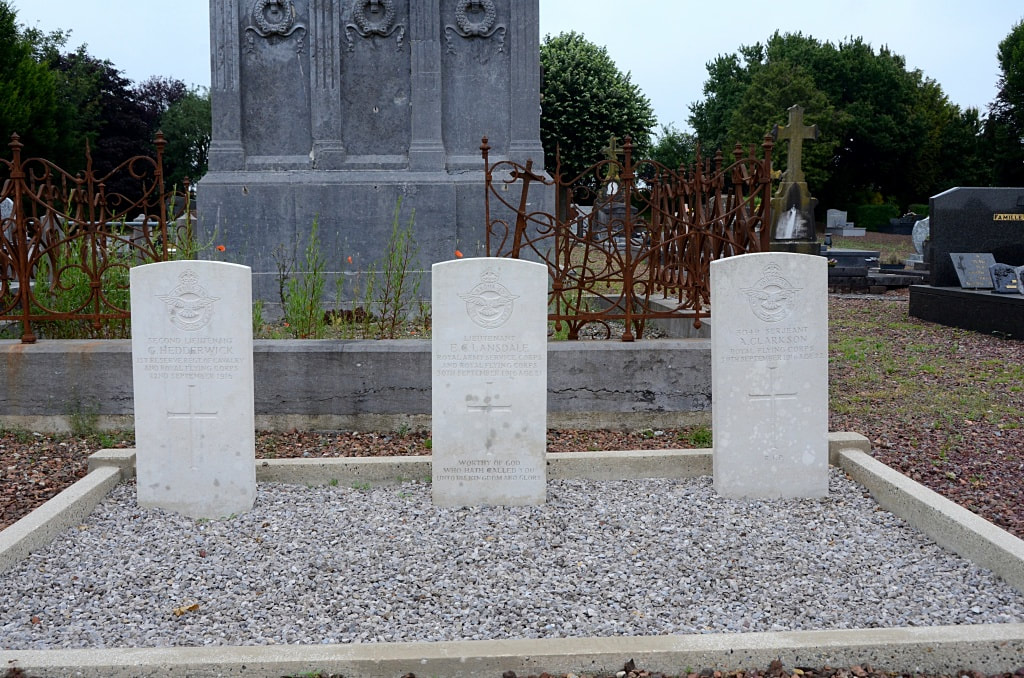 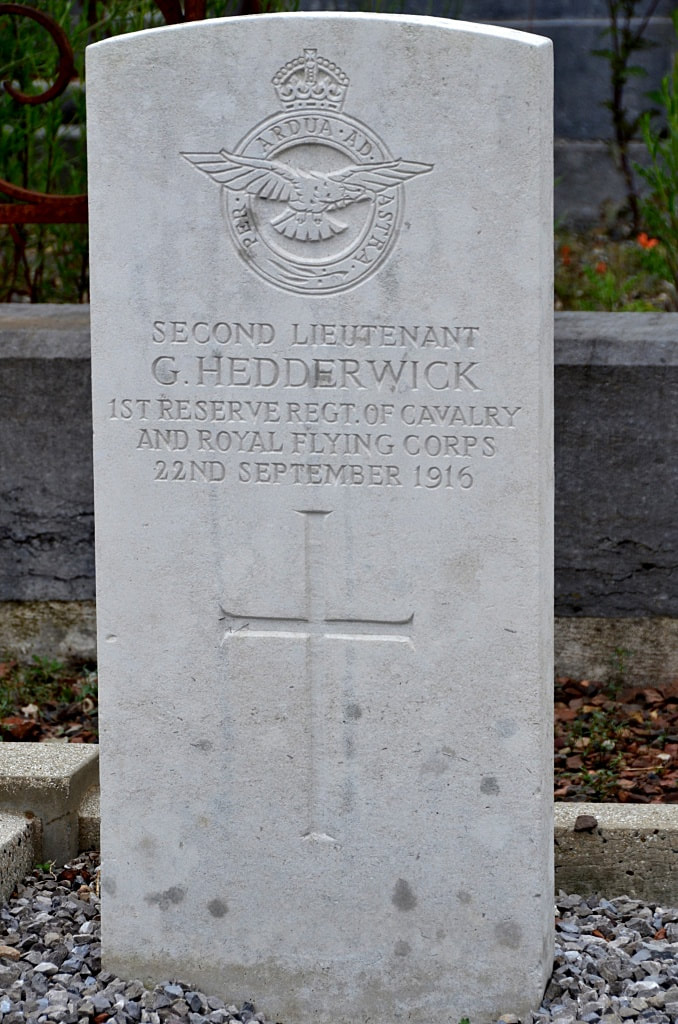 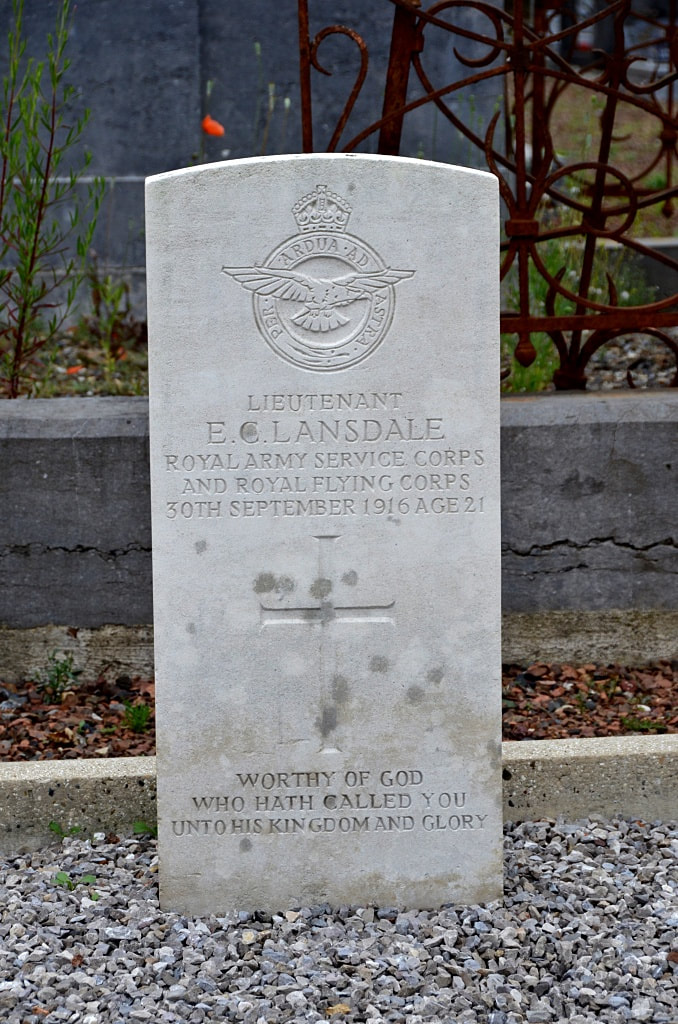 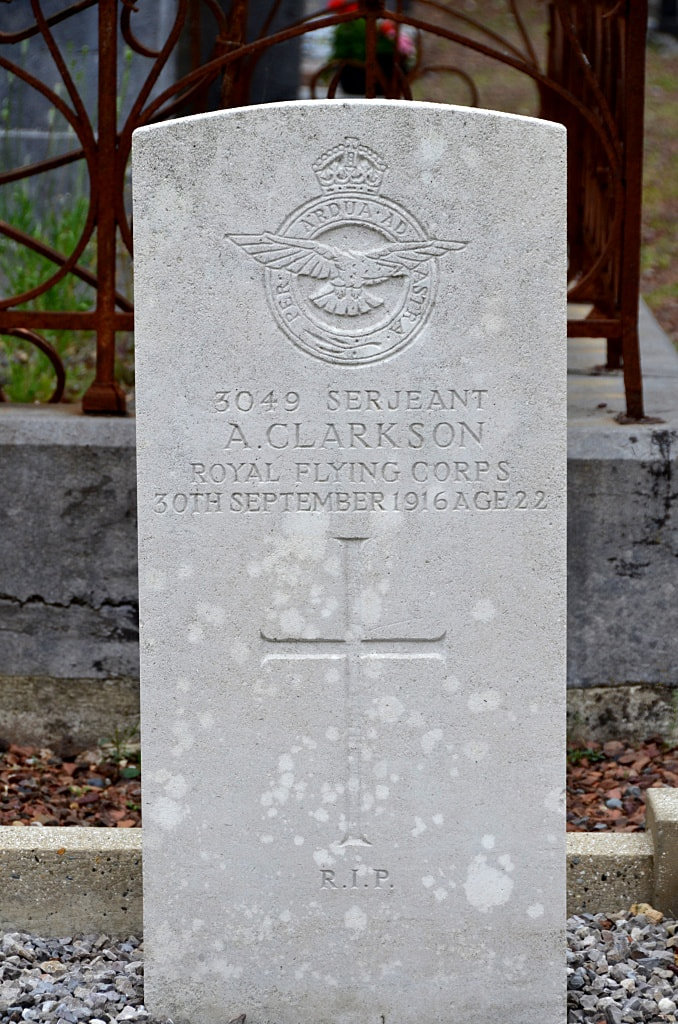