Riencourt-les-Bapaume is a village 3 kilometres south-east of Bapaume.

On the RN17 Bapaume to Peronne road, signposts indicate the Cemetery and the village. From the RN17 take the RD11E through the village, and a further 1 kilometre on and Manchester cemetery is clearly visible on the left, adjacent to the RD11E.

Riencourt was occupied by Commonwealth forces in March 1917. It was lost on 24 March 1918 during the German offensive and recaptured by the 42nd (East Lancashire) Division on the evening of 30 August 1918. The cemetery was made by the same division early in the following month.

Manchester Cemetery contains 72 burials and commemorations of the First World War. 11 of the burials are unidentified but there is a special memorial to a soldier of the 1st/5th Manchesters known to be buried among them. 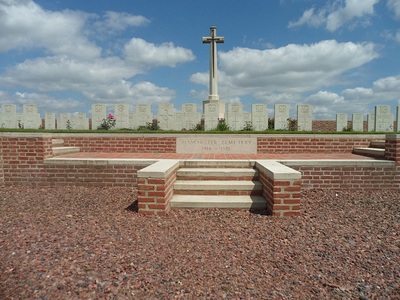 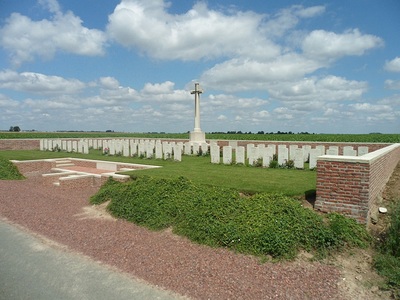 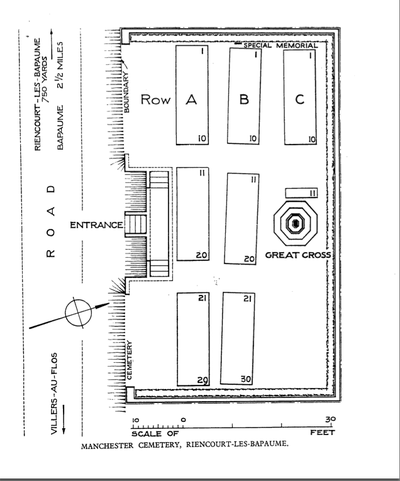 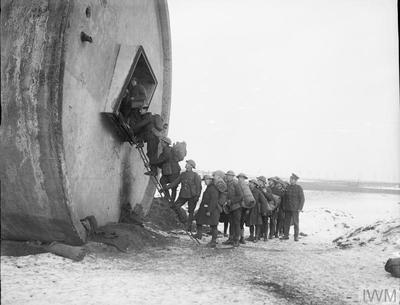 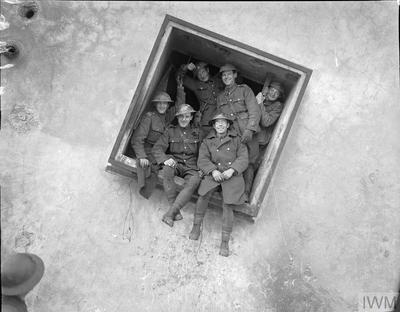 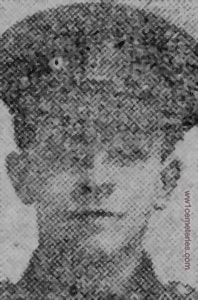 Son of William and Dorothy Brown, of 58, Pringle St., Blackburn.

His headstone bears the inscription; "You Fought The Fight, The Victory Won And Entered Into Rest." 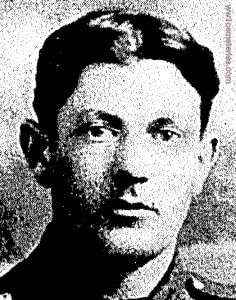 Son of James and Margaret Macdonald, of Oamaru, New Zealand. 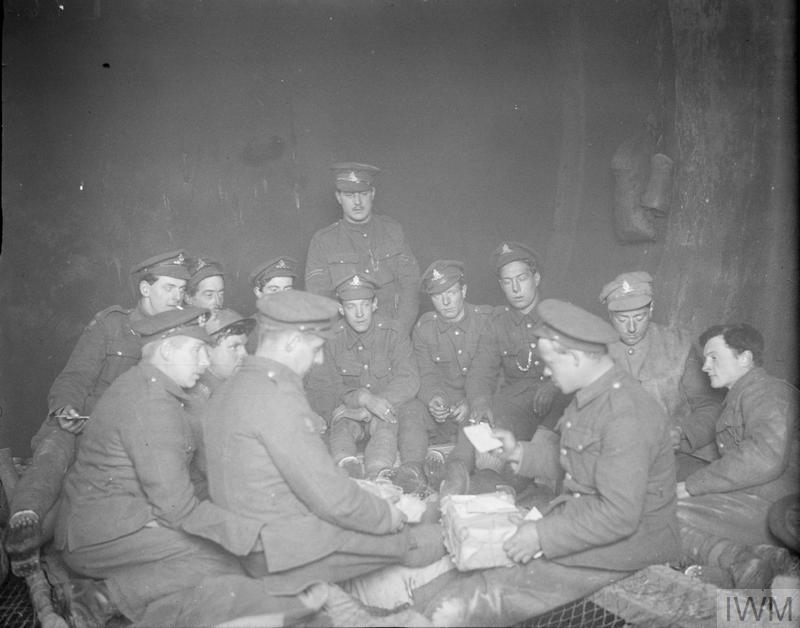 Royal Artillery gunners of 51st Division in their billet converted from a collapsed water tower at Riencourt, near Bapaume, 5 January 1918. © IWM (Q 8396) 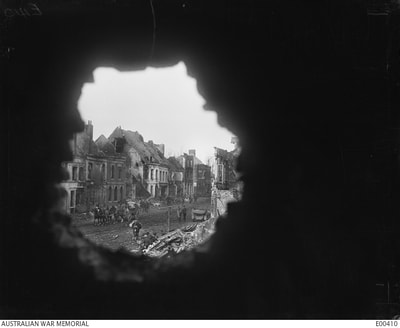 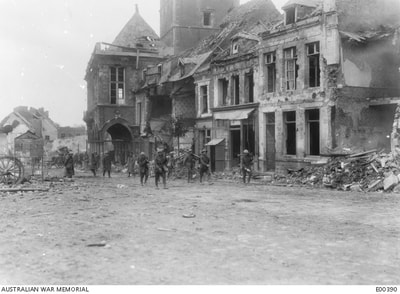 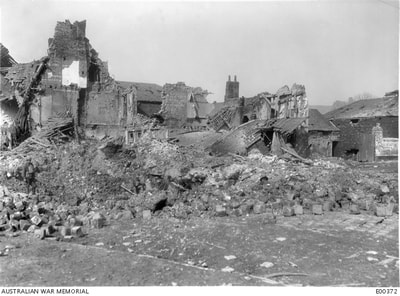 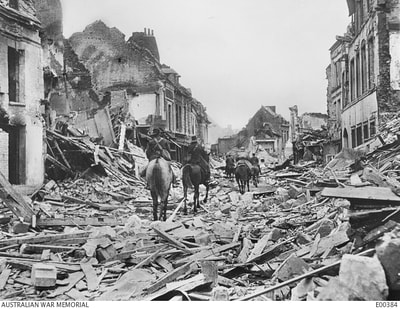