The village of Beaucourt-en-Santerre is about 18 Kms south-east of Amiens and 5 Kms east of Moreuil.

From Peronne take the N17 to Roye, then the D934 towards Amiens, about 21 Kms. Turn right onto the D28 at the entrance of Beaucourt-en-Santerre and then turn right. The cemetery is about 300 metres on the right.

The cemetery is on a hill above a single-track road. Visitors should bear in mind that there is no designated parking in front of the Cemetery entrance, and access to the graves is up two flights of steps.

Beaucourt was the scene of fighting in March 1918 when the village was captured by the Germans. It was retaken by the 3rd Cavalry Division on the following 8 August.

The cemetery (called at one time Beaucourt Church Cemetery) was made by fighting units immediately after the capture of the village in August 1918.

Beaucourt British Cemetery contains 88 First World War burials, one of which is unidentified. 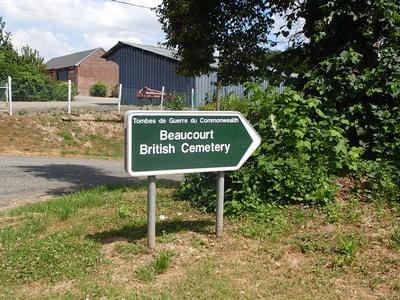 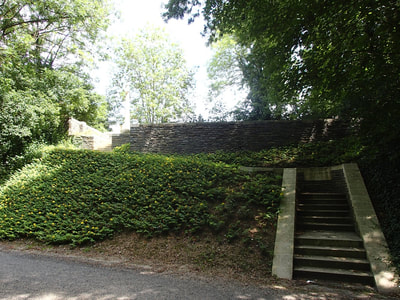 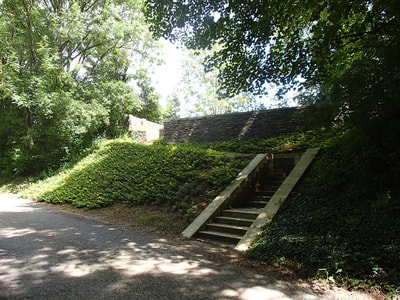 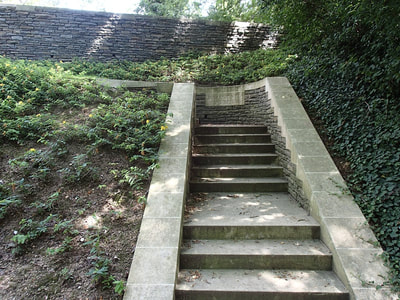 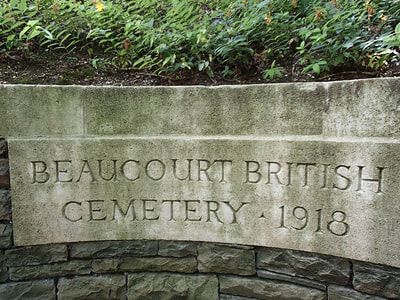 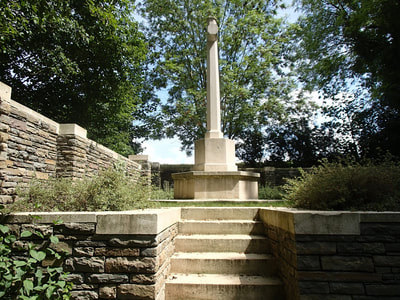 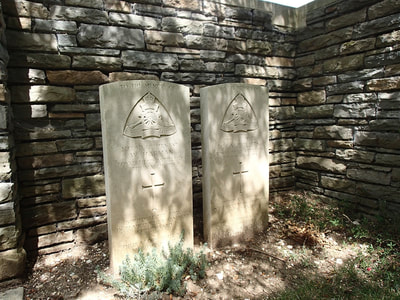 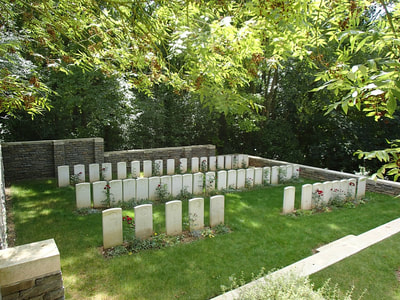 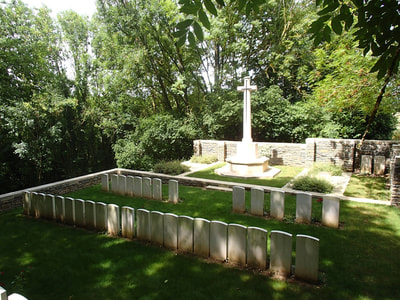 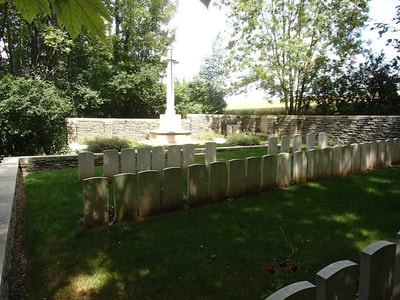 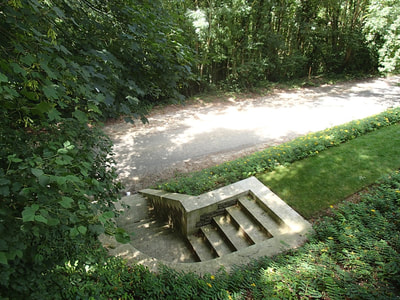 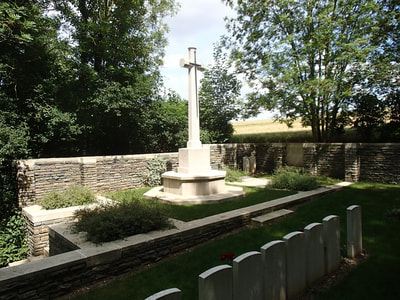 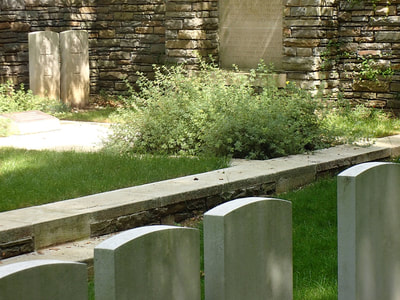 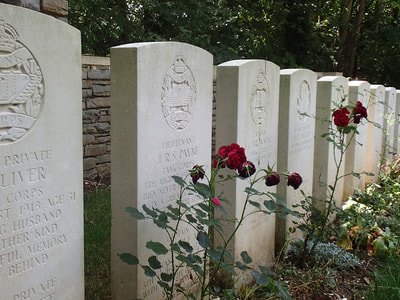 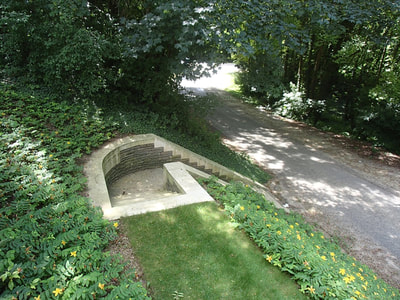 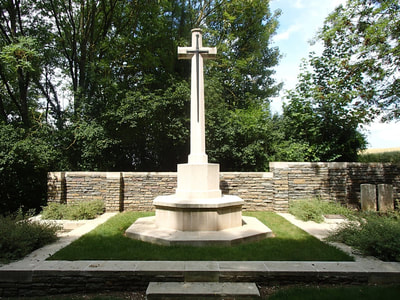 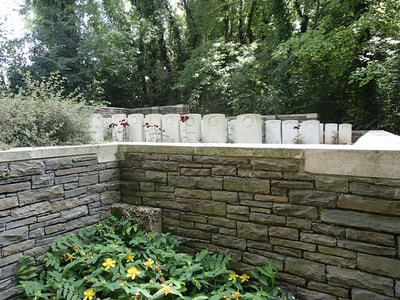 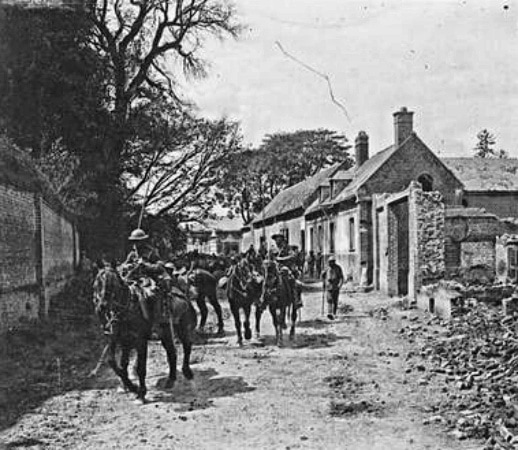 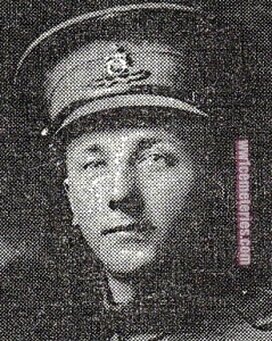 Son of Henry and Elizabeth Bawden, of Kingston, Ontario. 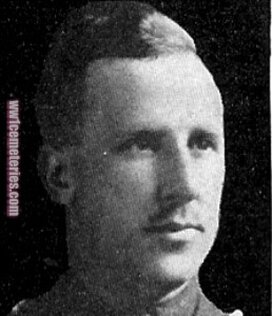 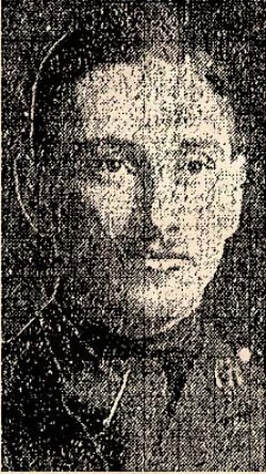 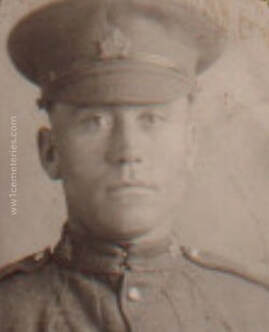 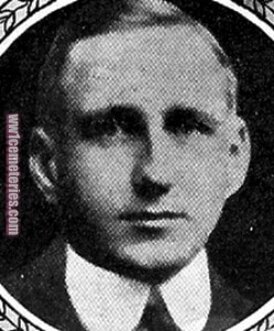 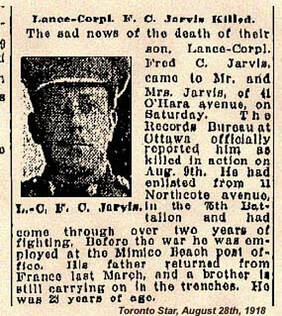 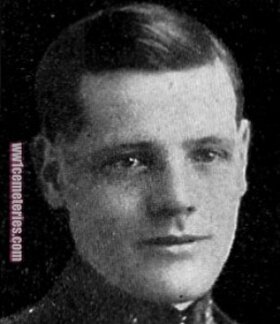 Son of the Rev. P. A. and Mrs. Ellen C. Jourdan, of 82, Roslin Avenue, Toronto. Reverted from the rank of Serjt. in order to reach France. 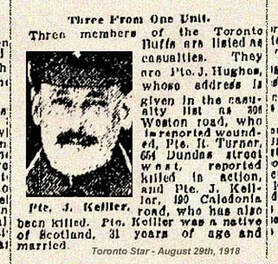 Inscription "For Our Tomorrow He Gave His Today" 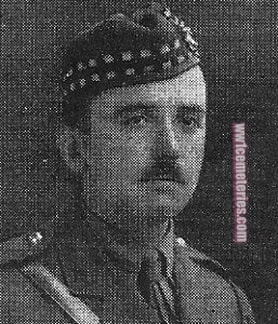 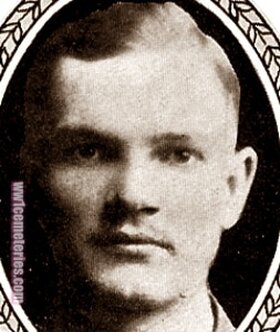 Son of Henry and Ella Rehder, of Paris, Ontario.