Mezieres was the scene of rearguard actions involving French and Commonwealth troops in March 1918. The village was taken by the Germans but was recaptured the following August.

The extension to the communal cemetery was begun by fighting units in August 1918, and was increased after the Armistice when graves were brought in from a wide area south-east of Amiens. It was also known as White House Cemetery, from a house on the main road to the north.

The cemetery contains 134 burials and commemorations of the First World War. 63 of the burials are unidentified but a special memorial commemorates one casualty known to be buried in an unnamed grave.

The extension was designed by W H Cowlishaw 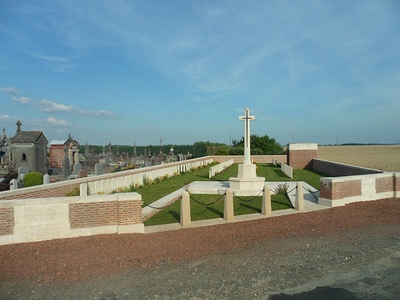 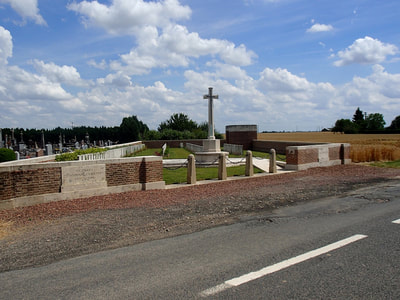 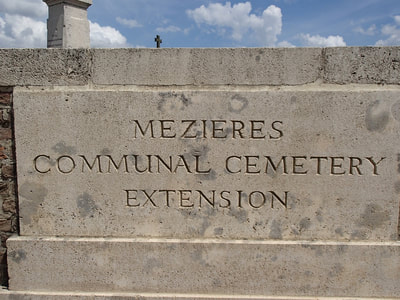 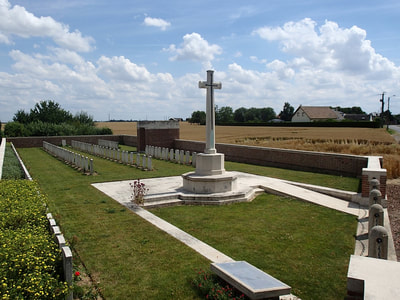 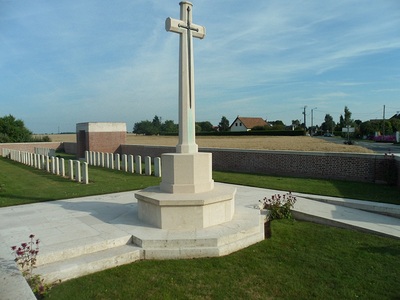 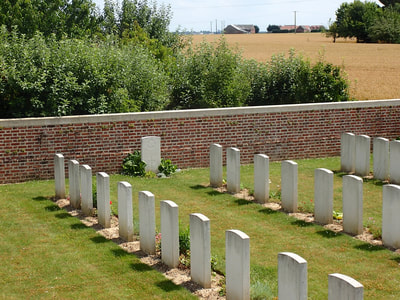 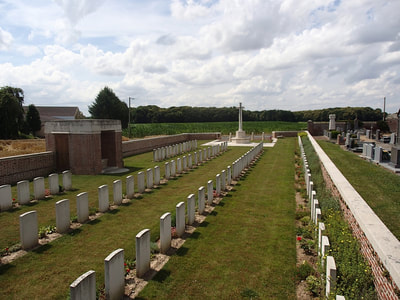 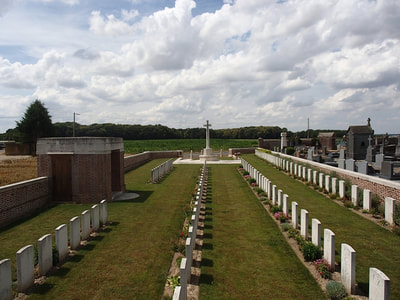 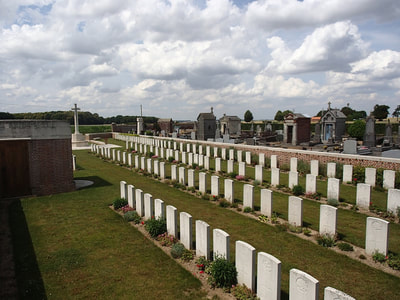 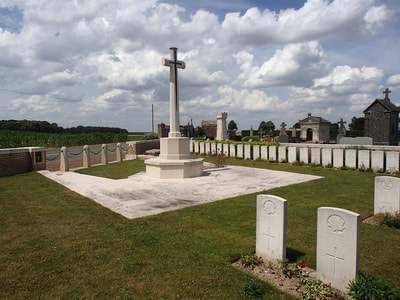 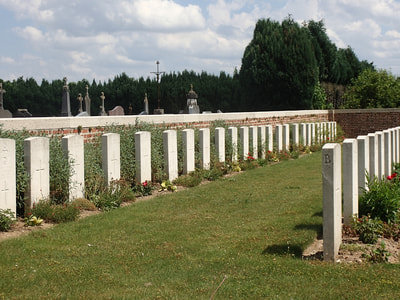 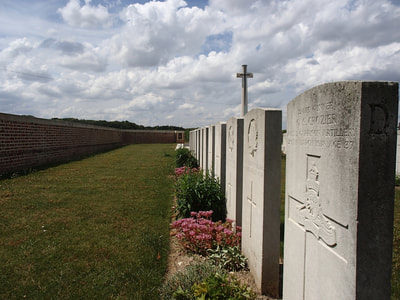 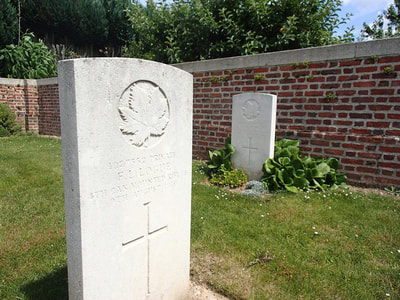 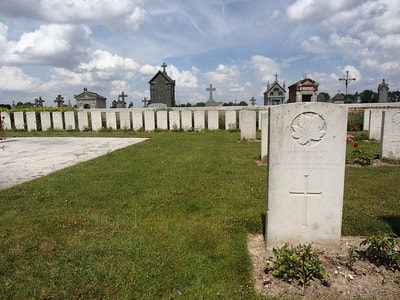 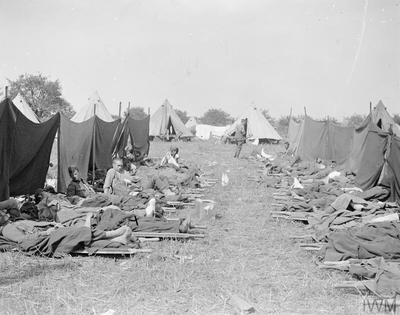 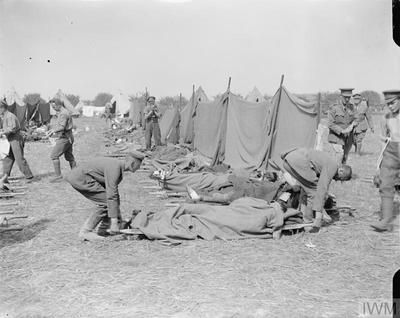 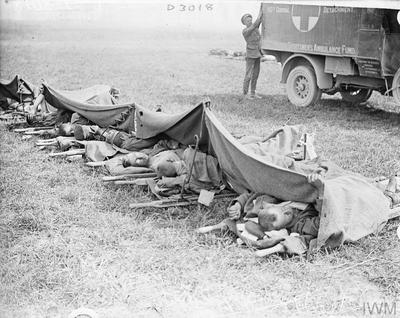 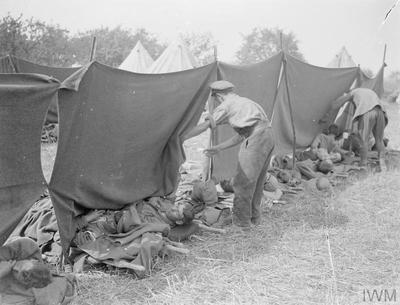 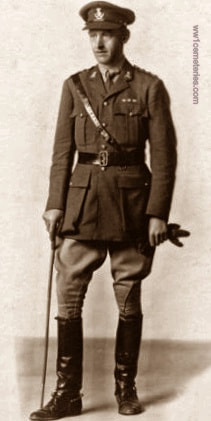 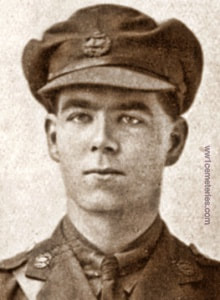 ​His headstone bears the inscription; "The Toil, The Bitterness All Past We Trust Him To Thy Love At Last." 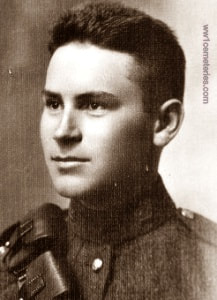 ​His headstone bears the inscription: "Blessed Are The Dead Which Die In The Lord." ​(Revelation 14:13) 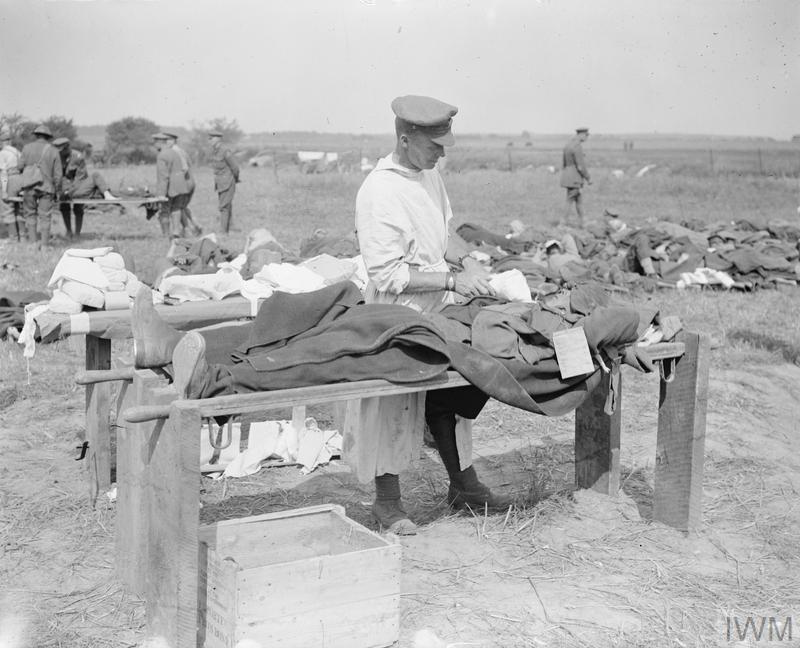 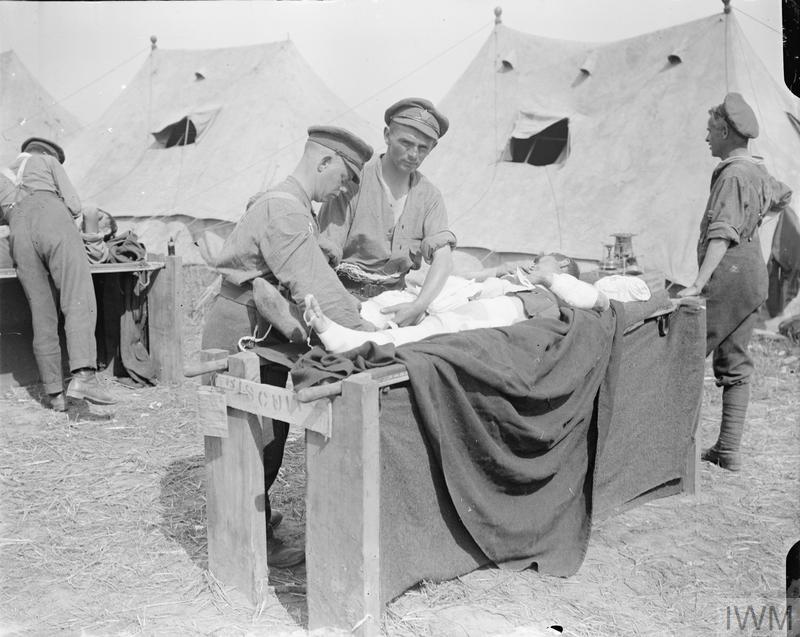