The cemetery is located to the north west of the town of Ieper near a village called Elverdinge, this is on the N8 road between Ieper and Veurne, 3 kilometres from Ieper. Driving into the village from Ieper go to the traffic lights and turn right, this street is called Steenstraat, and after 50 metres follow the street to the right, called Boezingsestraat.

The cemetery is 500 metres along this street on the left hand side.

Wheelchair access to the cemetery possible via main entrance.

Bleuet Farm was used as a dressing station during 1917 Allied offensive on this front. The cemetery was begun in a corner of the farm and was in use from June to December 1917, though a few of the burials are of later date. Two graves were brought into the cemetery after the Armistice from isolated positions close by.

There are now 442 First World War burials in the cemetery and nine from the Second World War, all dating from the Allied retreat to Dunkirk in May 1940. 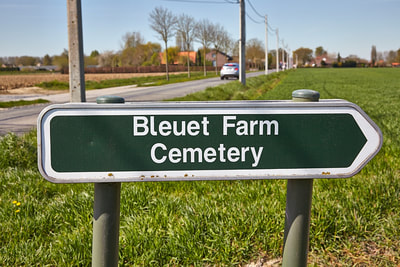 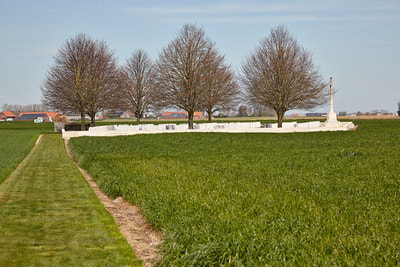 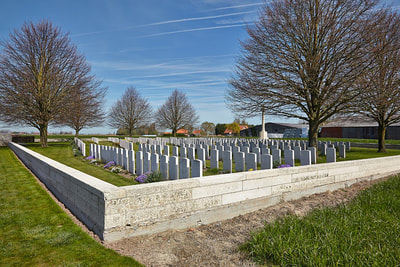 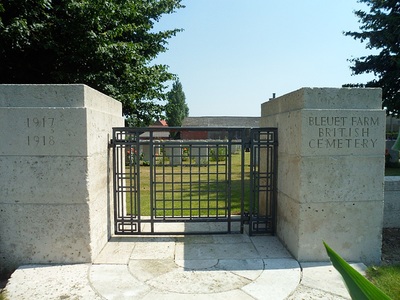 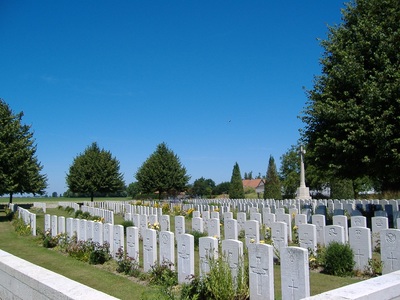 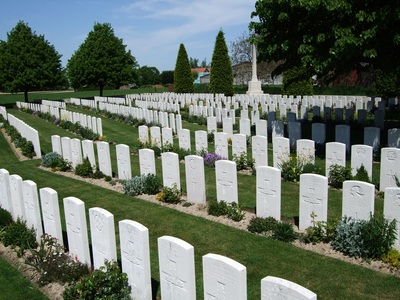 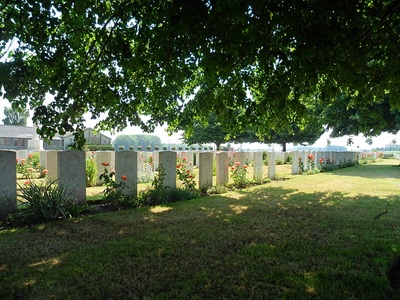 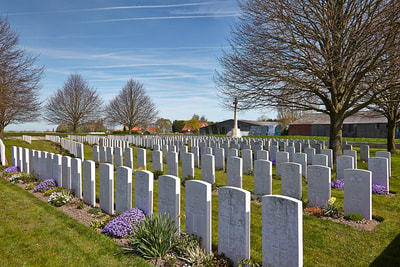 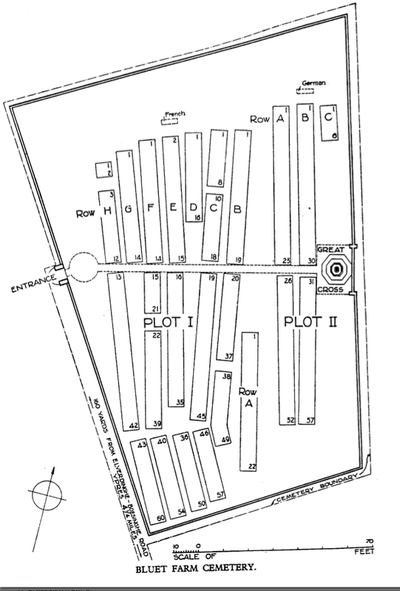 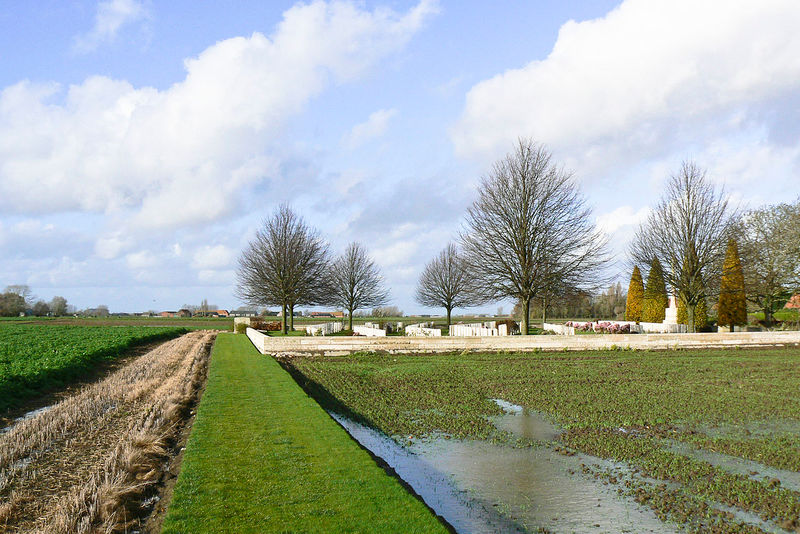 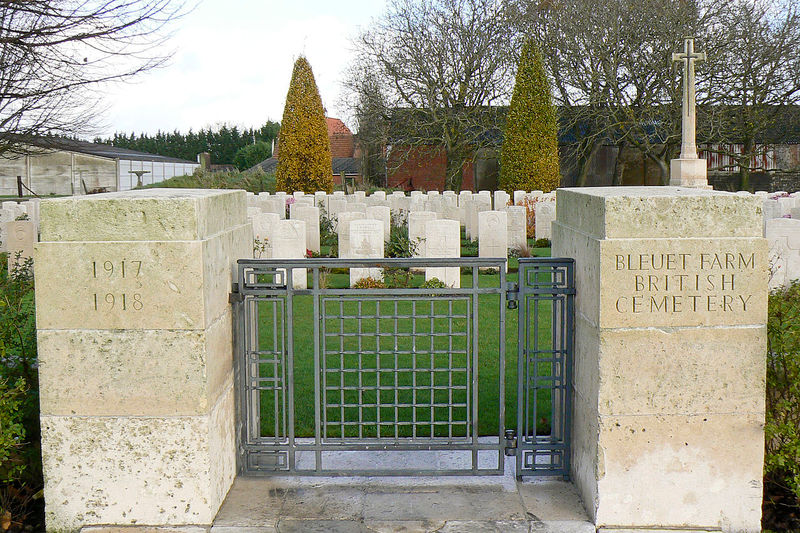 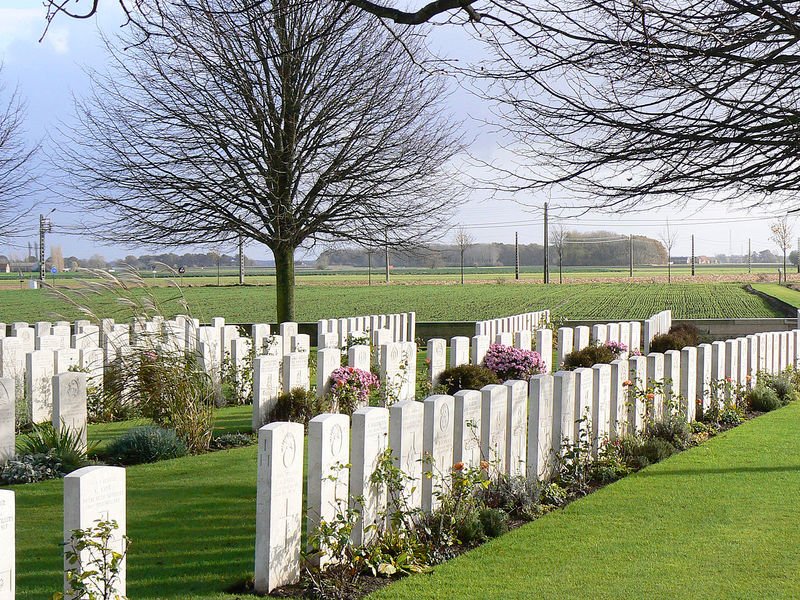 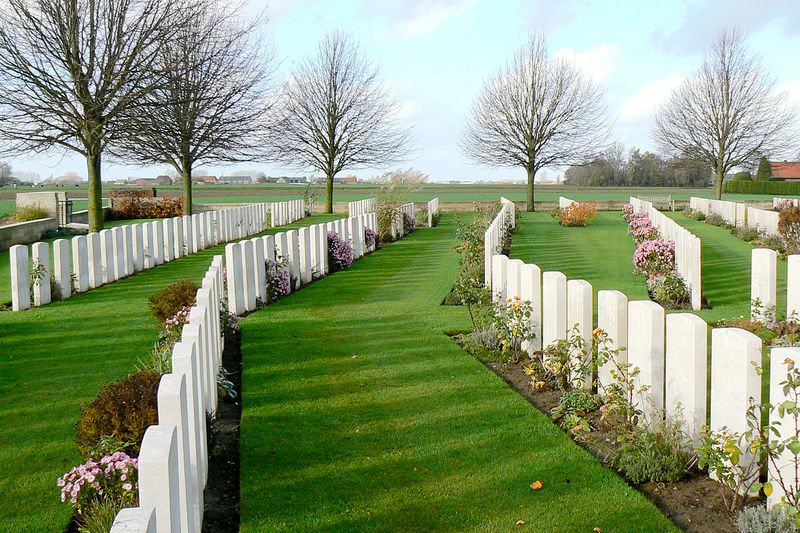 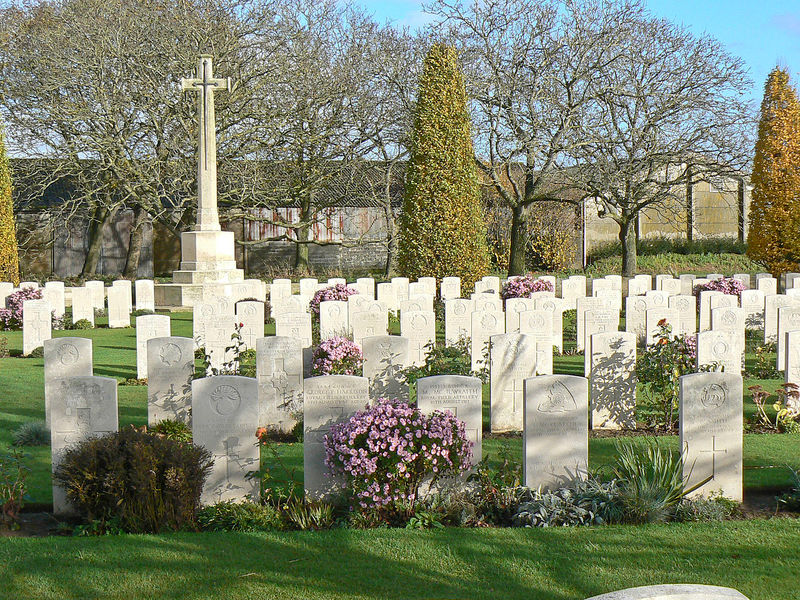 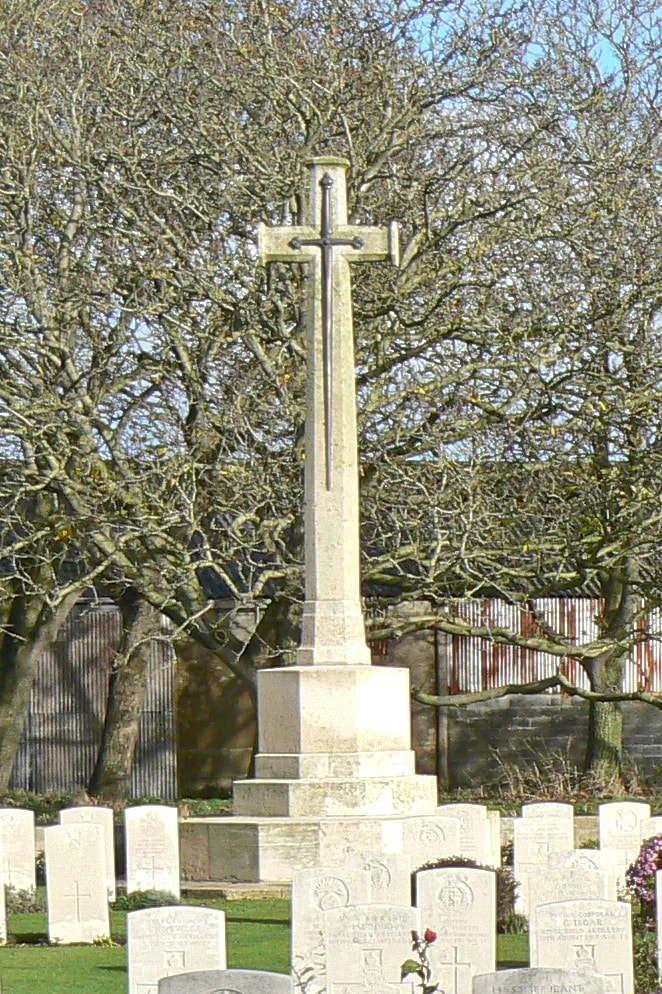 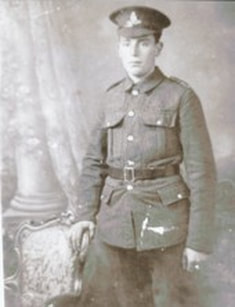 
​Walter was the son of Harry James Bolton and Mary Jane (Eldridge) and lived at Rose Cottage in Marchwood, Hampshire. He was eldest of six children. One of his two younger brothers, Sidney Frank also served in the Great War and survived. He died in 1987 aged 90.

Walter's other brother Harry was my great-grandfather. Walter's grave and has been visited by his extended family and would like to personally thank all those who tend the cemetery for the care they take and the respect shown. It means a lot to us. 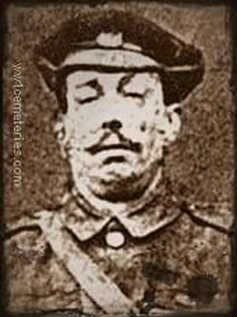 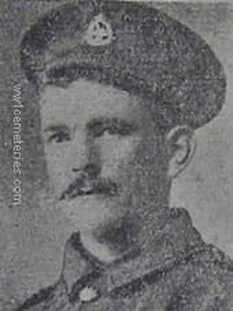 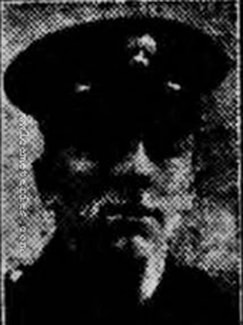 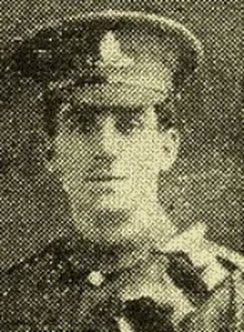 Only son of Edward John and Elizabeth Catherine Hedgecock, of 13, South Rd., Dover. 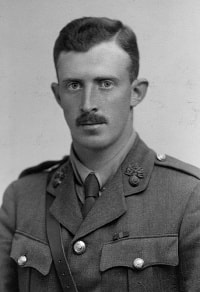 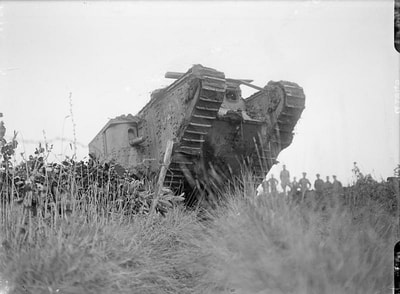 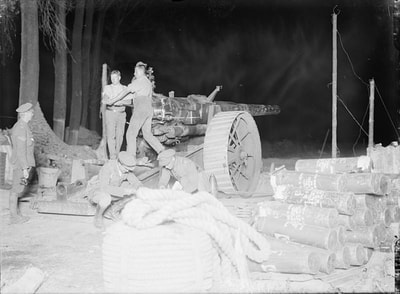 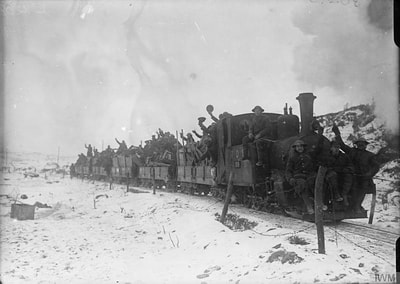 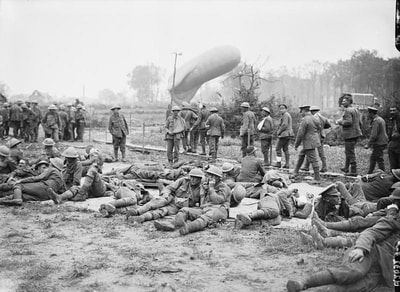 ​1533 Private Thomas Hawkins, 7th Bn. The Queen's (Royal West Surrey Regiment), who was executed for desertion on 22nd November 1917. Plot II. B. 12. While subject to a suspended sentence of death for Desertion, he was convicted of Cowardice resulting from his conduct during the Messines offensive, & further sentenced to 2 years’ hard labour, again suspended; but in the following month avoided the Battle of Passchendaele by going missing, & as a habitual offender could not avoid execution.  (Putkowski,pp 218-219) 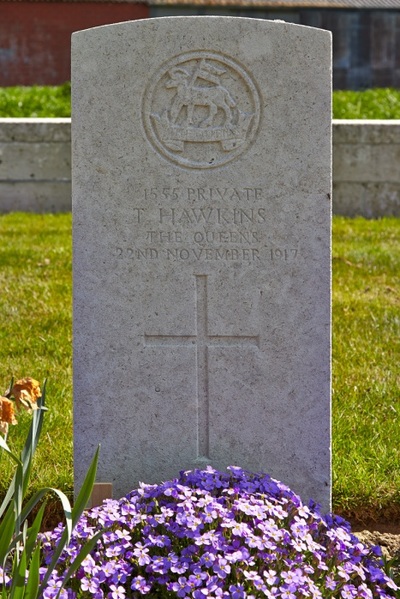 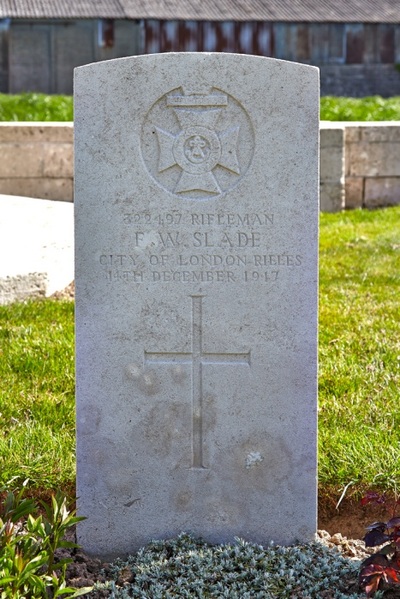 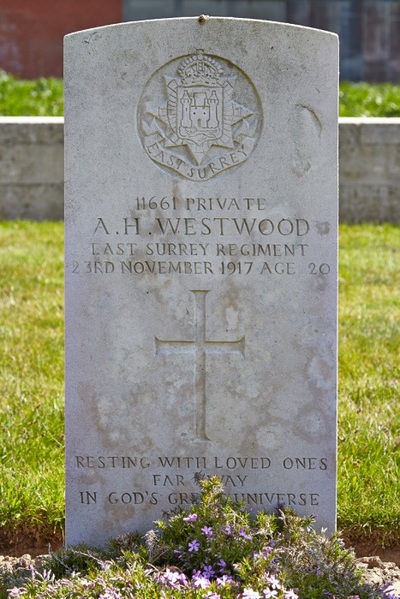