Brancourt-le-Grand is a commune 21 kilometres south-west of Le Cateau and 19 kilometres north of St Quentin; it lies between these two towns.

The Military Cemetery is in the south-east corner of the village almost opposite the Communal Cemetery.

Brancourt-le-Grand was captured on the 8th October, 1918, by the 30th American Division and the 301st American Tank Battalion; the 118th Infantry Regiment erected a Memorial in the village.

The Military Cemetery was made behind a German Cemetery of 168 graves (now removed) in October, 1918; three British graves of March, 1918, were brought in from the German Cemetery after the Armistice.

There are 42, 1914-18 war casualties commemorated in this site. One grave that could not be found in the German Cemetery after the Armistice, is represented by a special memorial. One American grave has been removed to another cemetery.

The Cemetery covers an area of 306 square metres and is enclosed by a brick wall. 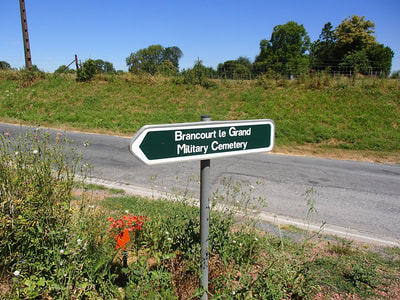 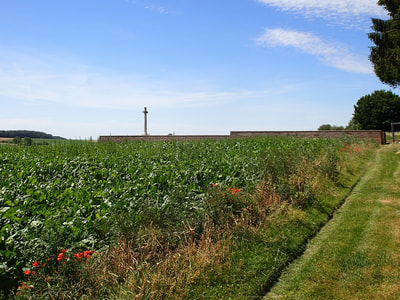 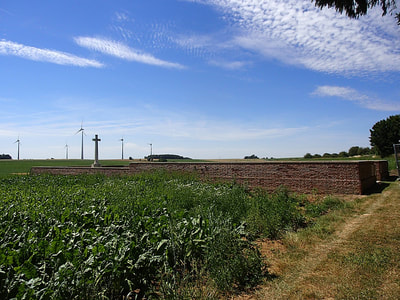 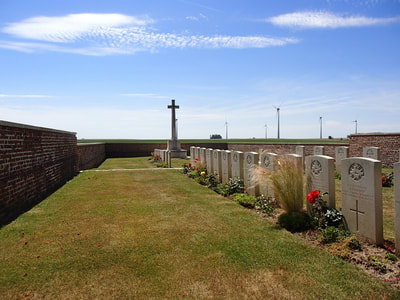 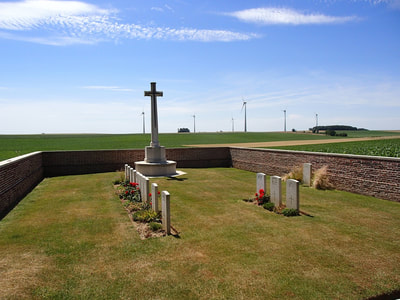 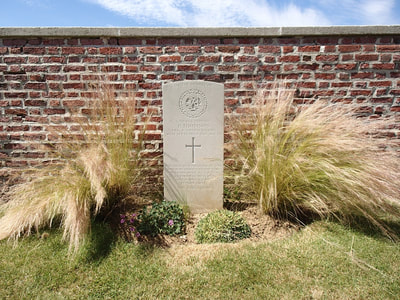 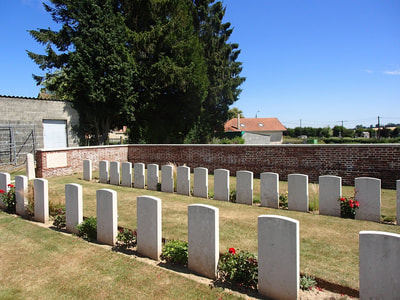 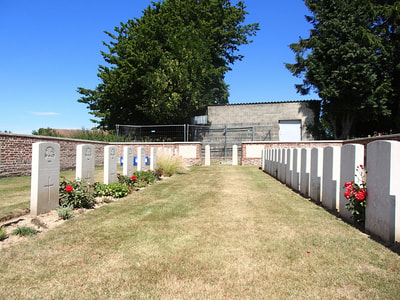 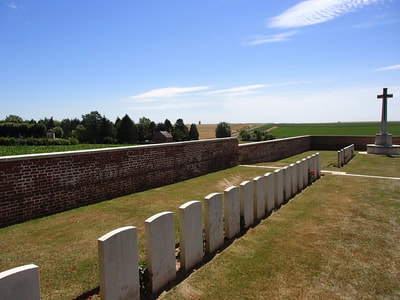 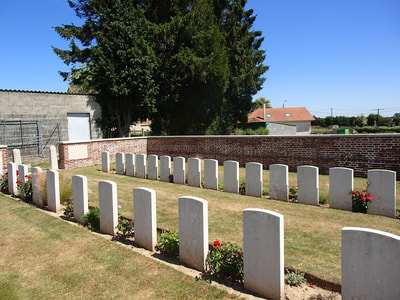 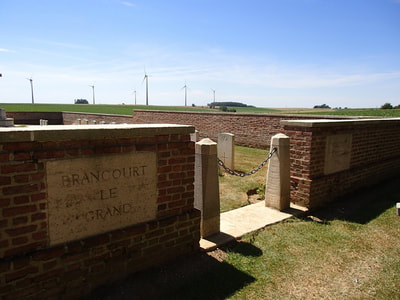 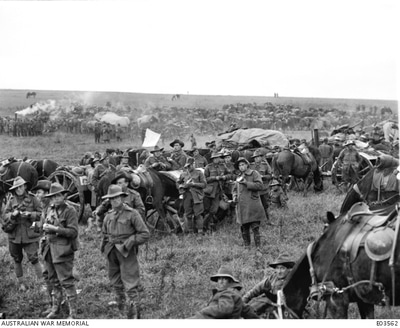 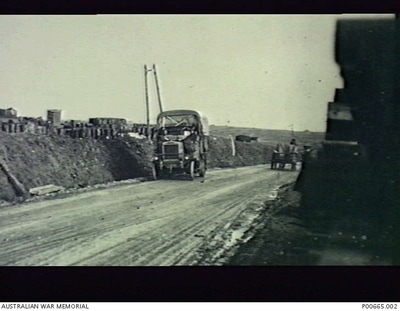 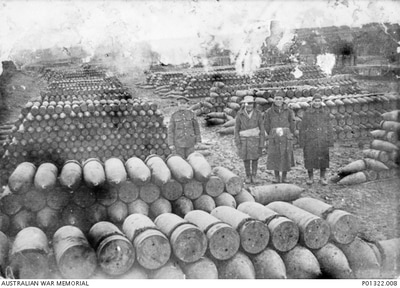 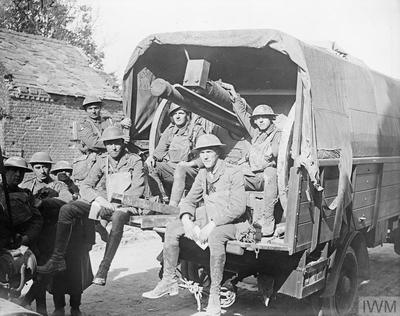 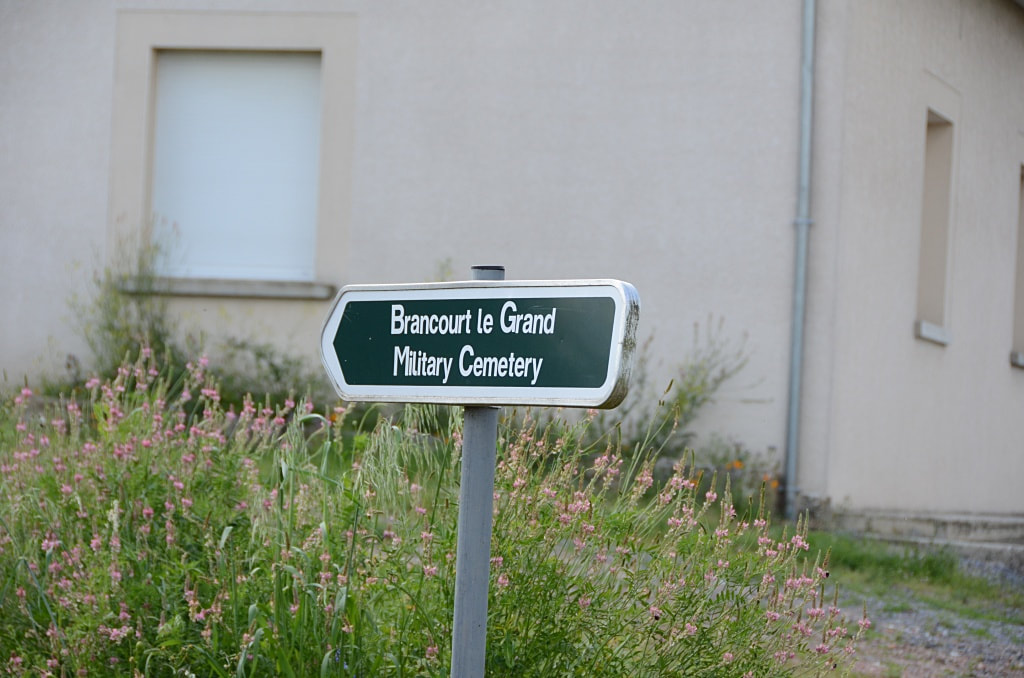 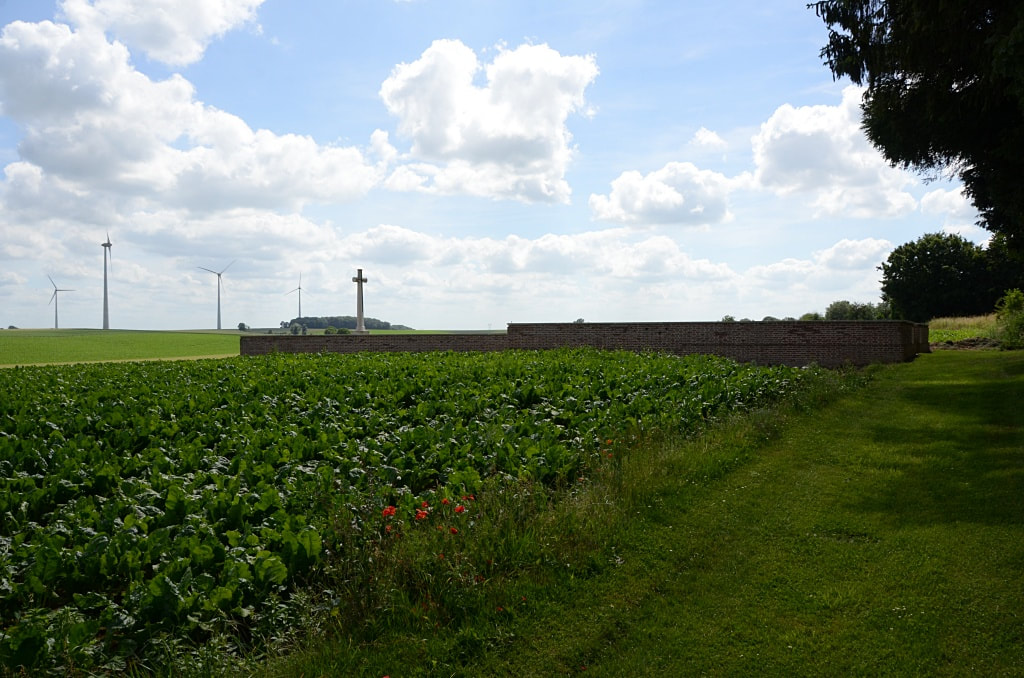 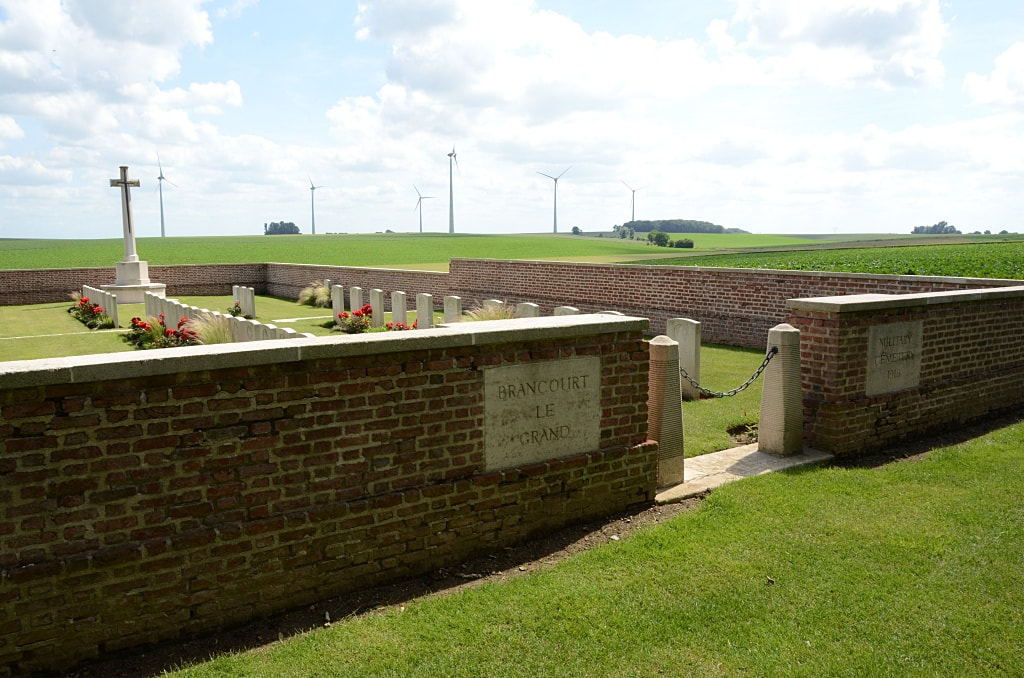 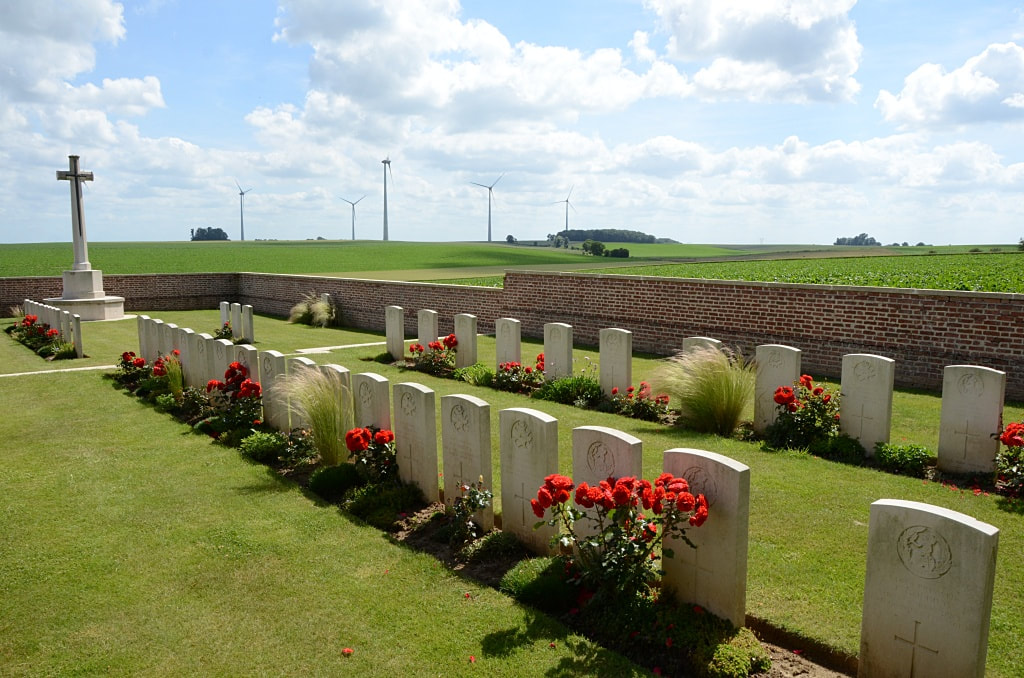 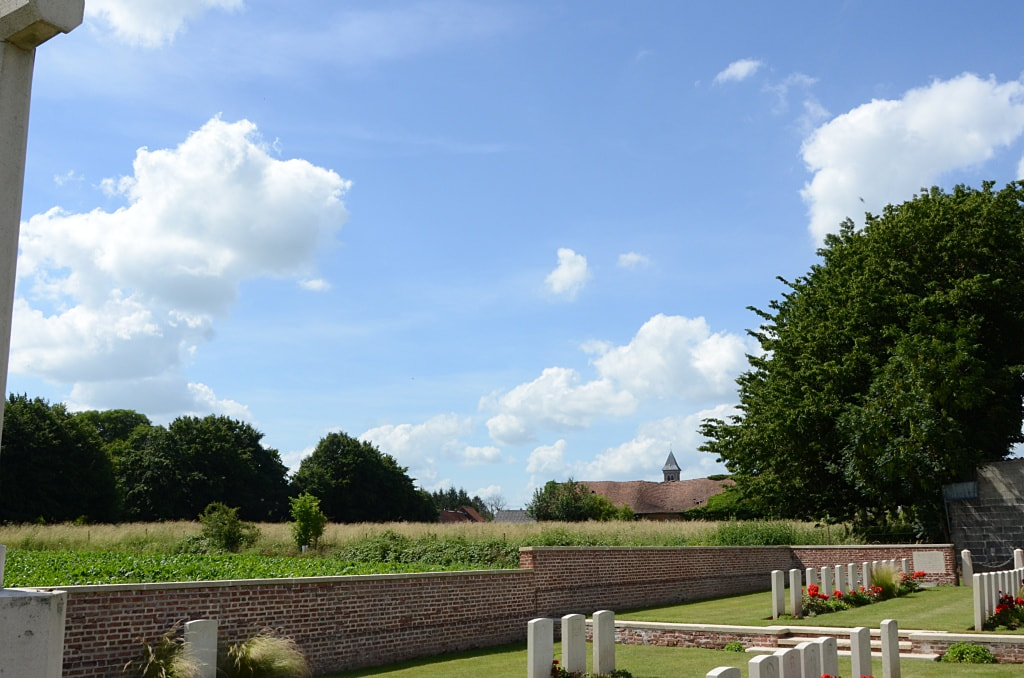 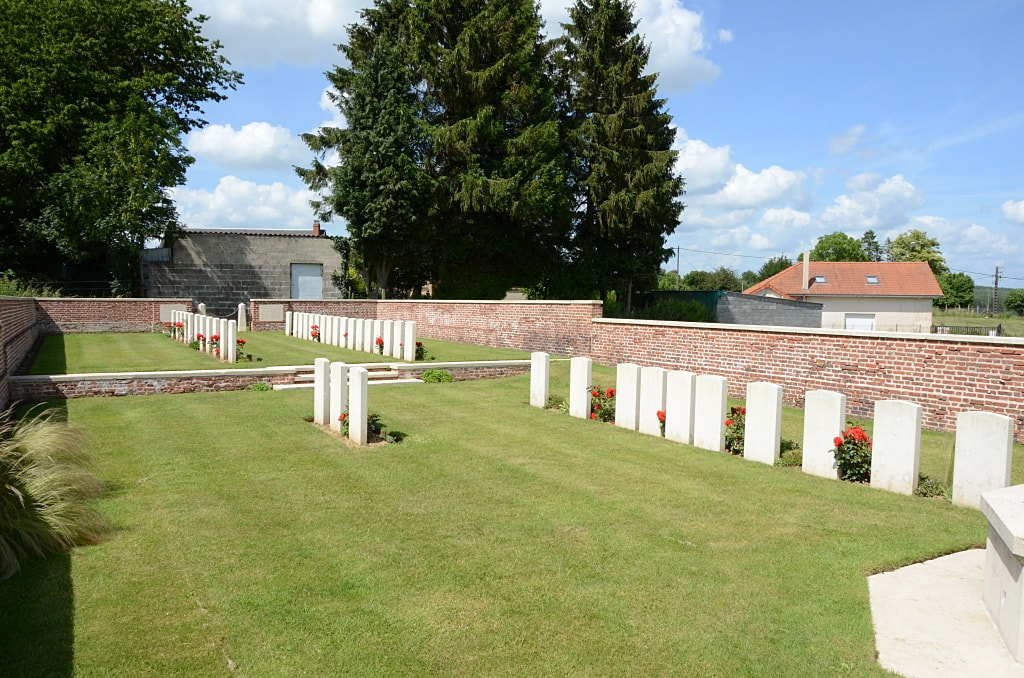 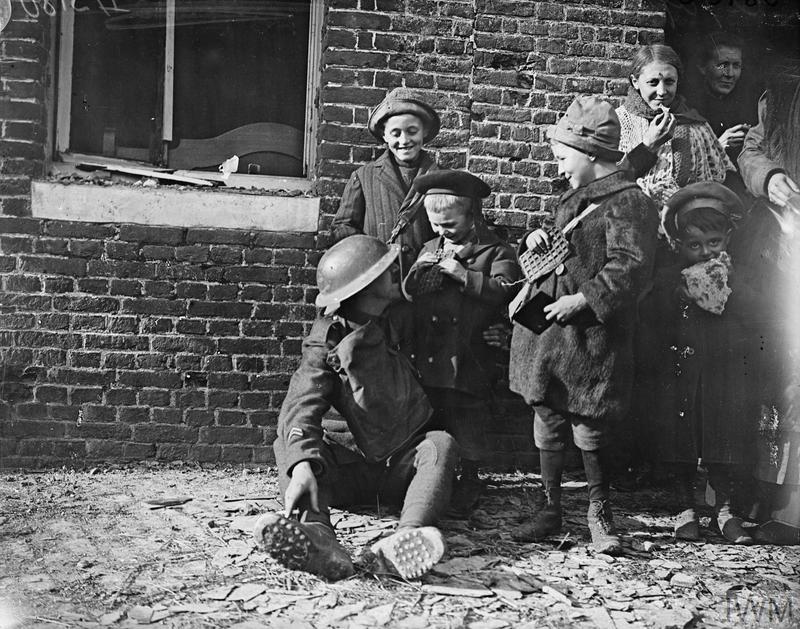 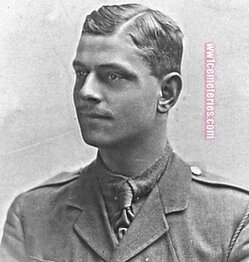 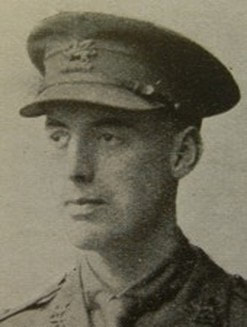 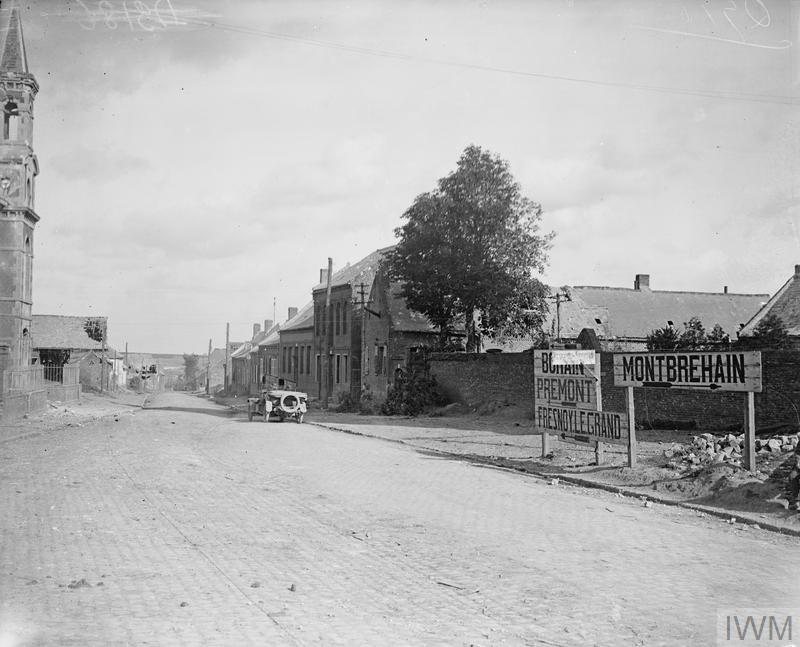