The New Zealand Memorial to the Missing is located within Buttes New British Cemetery, which is 8 Kms east of Ieper town centre, on the Lange Dreve, a road leading from the Meenseweg (N8) connecting Ieper to Menen.

Wheelchair access to the cemetery where this memorial stands is possible via the main entrance.

Polygon Wood (the "Polygone de Zonnebeke", or Polygoneveld)is a large wood south of the village of Zonnebeke which was completely devastated in the First World War. The wood was cleared by Commonwealth troops at the end of October 1914, given up on 3 May 1915, taken again at the end of September 1917 by Australian troops, evacuated in the Battles of the Lys, and finally retaken by the 9th (Scottish) Division on 28 September 1918. On the Butte itself is the Battle Memorial of the 5th Australian Division, who captured it on 26 September 1917.

POLYGON WOOD CEMETERY is an irregular front-line cemetery made between August 1917 and April 1918, and used again in September 1918.

A walled avenue leads from Polygon Wood Cemetery, past the Cross of Sacrifice, to the BUTTES NEW BRITISH CEMETERY. This burial ground was made after the Armistice when a large number of graves (almost all of 1917, but in a few instances of 1914, 1916 and 1918) were brought in from the battlefields of Zonnebeke.

The BUTTES NEW BRITISH CEMETERY (NEW ZEALAND) MEMORIAL, which stands in Buttes New British Cemetery, commemorates 378 officers and men of the New Zealand Division who died in the Polygon Wood sector between September 1917 and May 1918, and who have no known grave. The majority died in the trenches, or in working and carrying, and the conditions in the Salient during the winter of 1917-18 must explain the comparatively large number of names on this memorial, which deals with only one set attack on a German position.

This is one of seven memorials in France and Belgium to those New Zealand soldiers who died on the Western Front and whose graves are not known. The memorials are all in cemeteries chosen as appropriate to the fighting in which the men died.

The cemeteries and memorial were designed by Charles Holden. 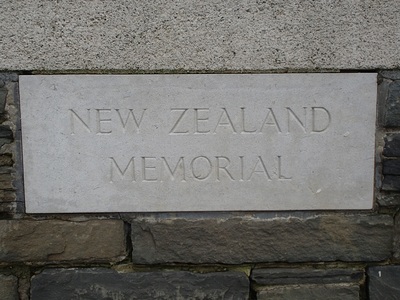 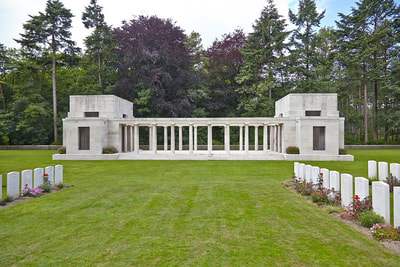 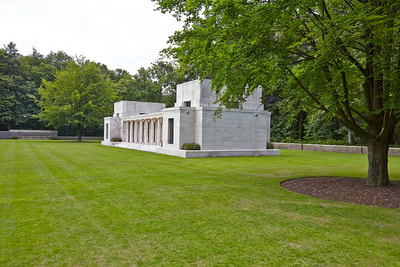 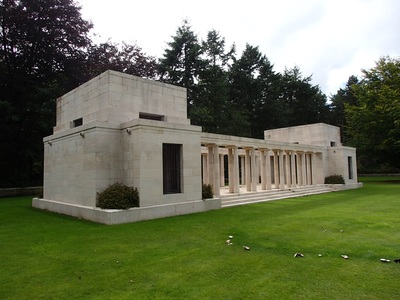 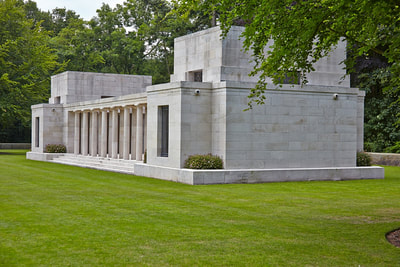 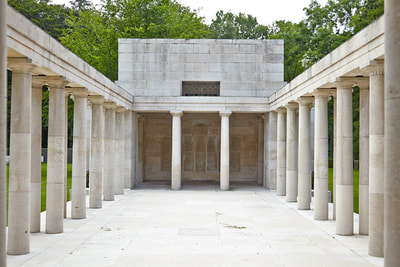 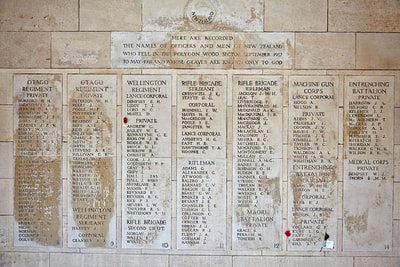 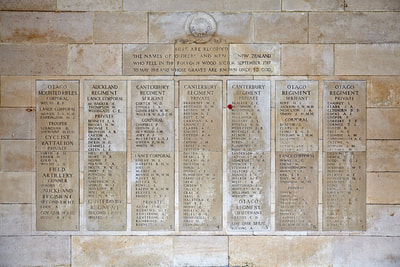 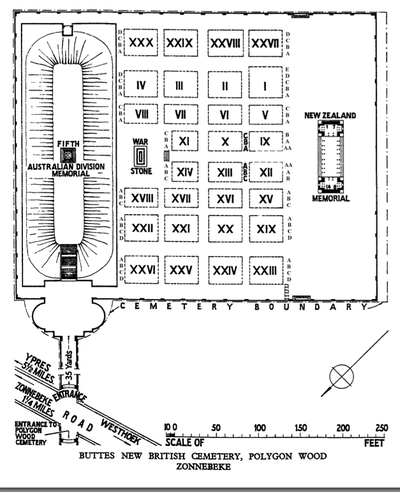 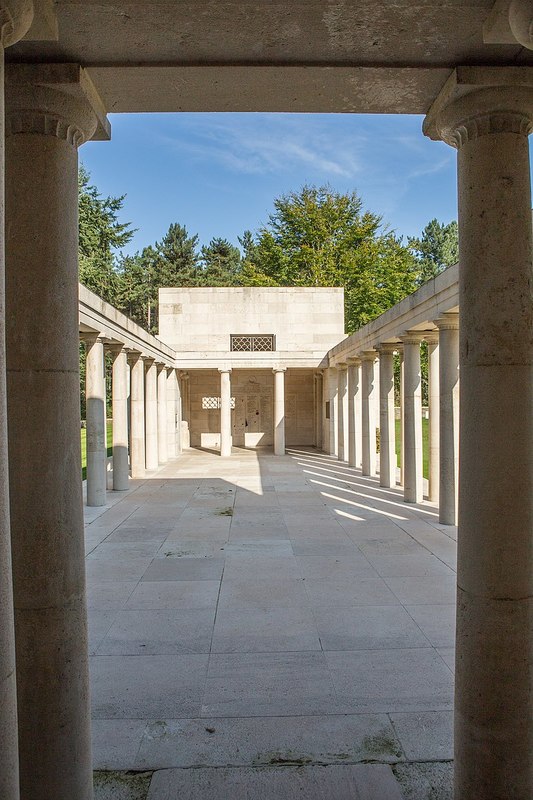 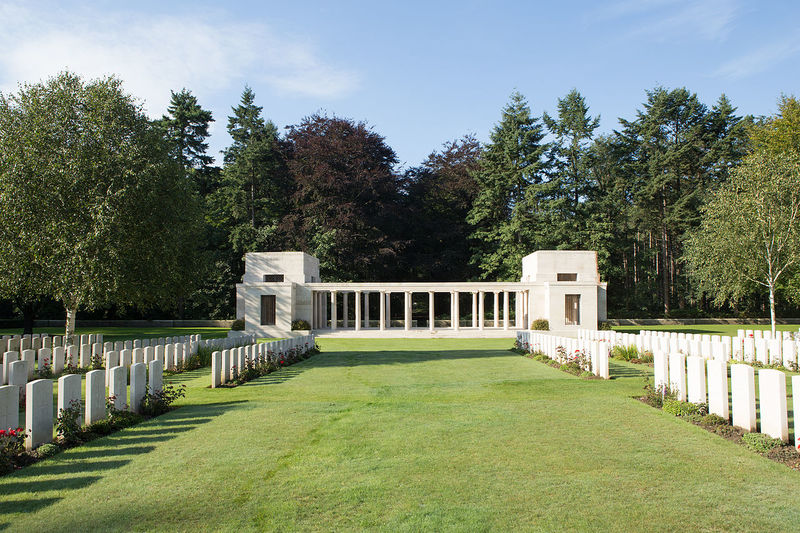 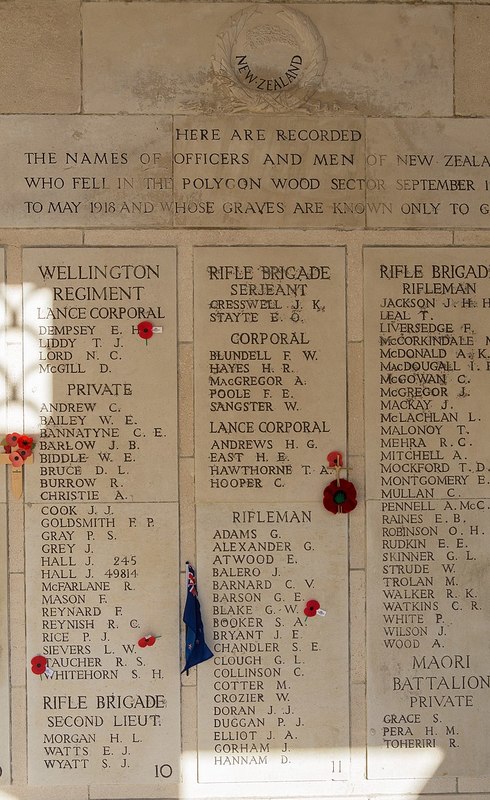 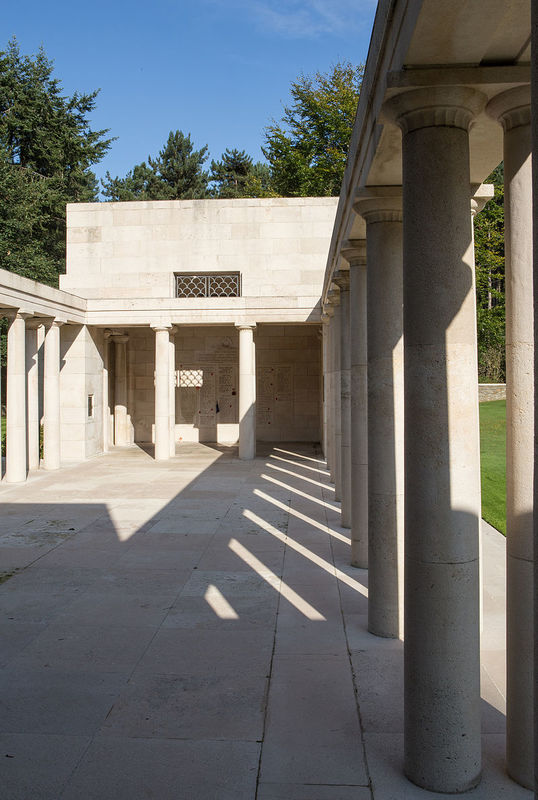 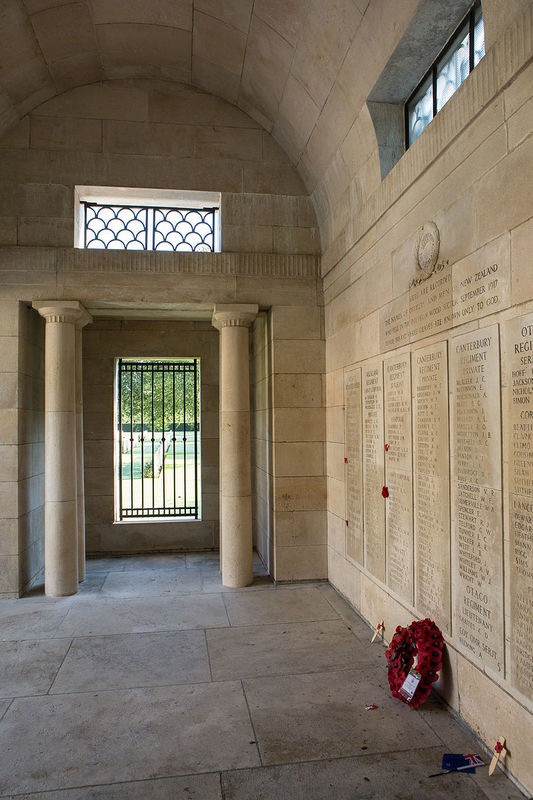 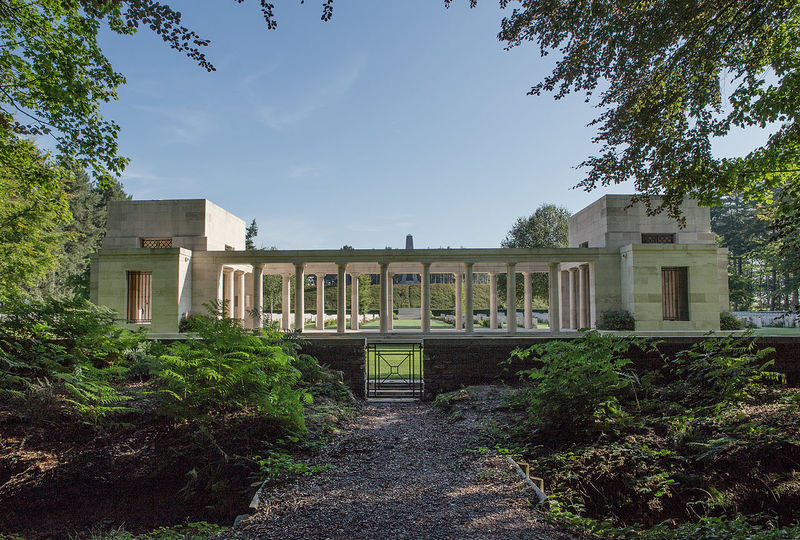 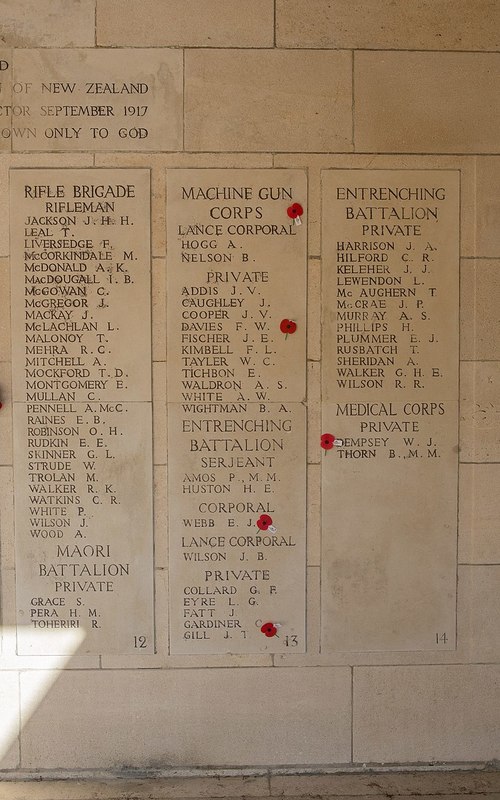 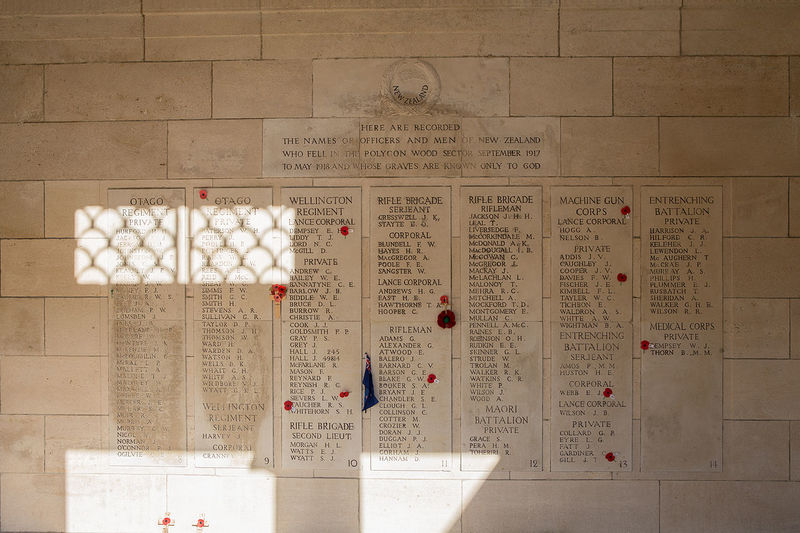 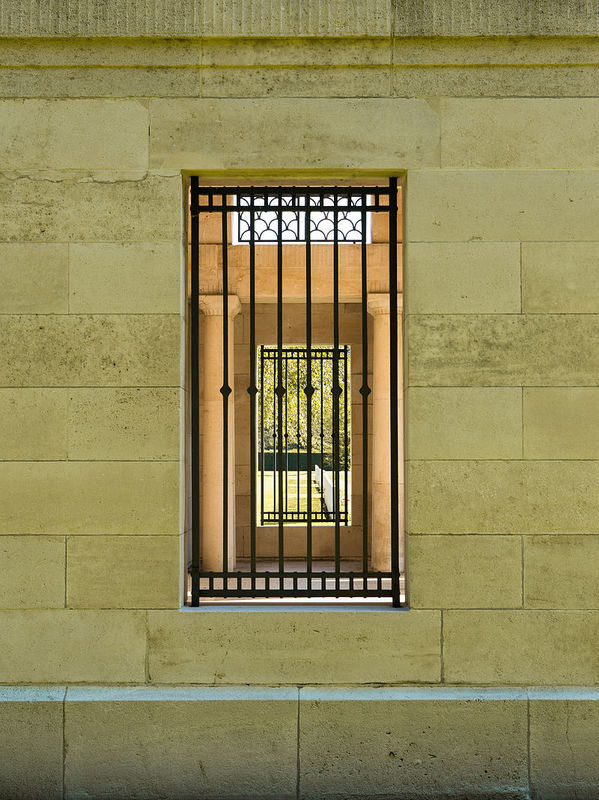 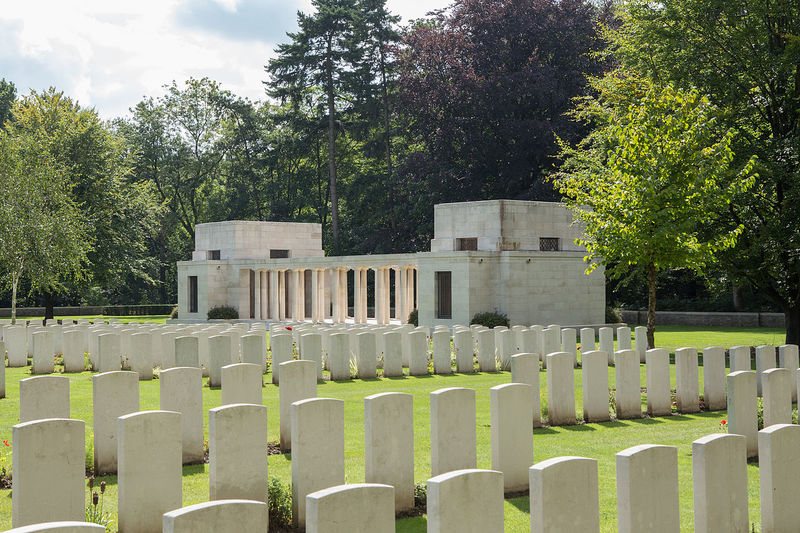 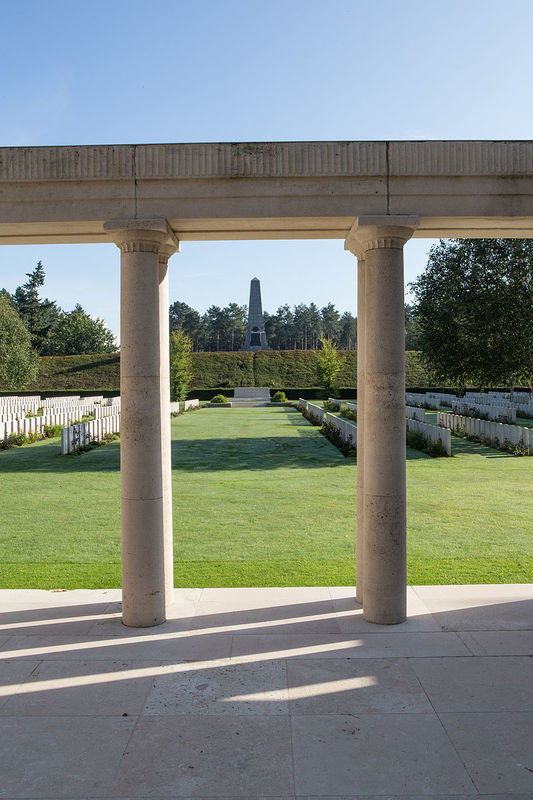 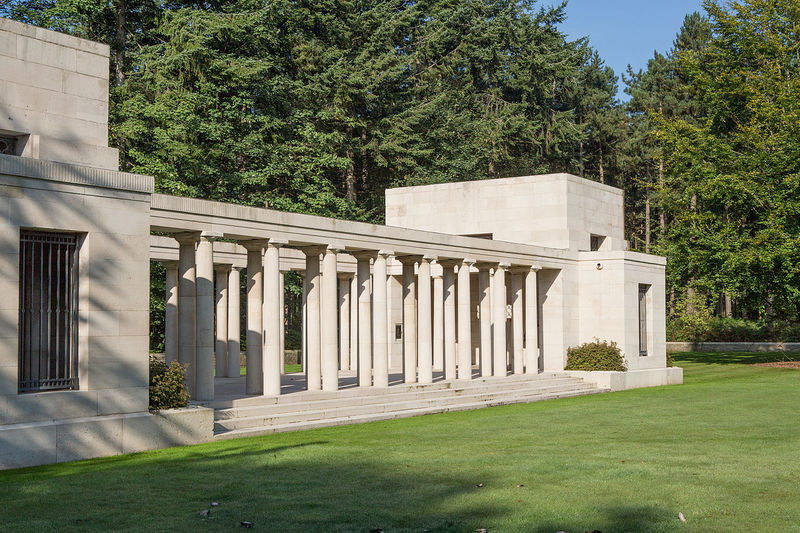 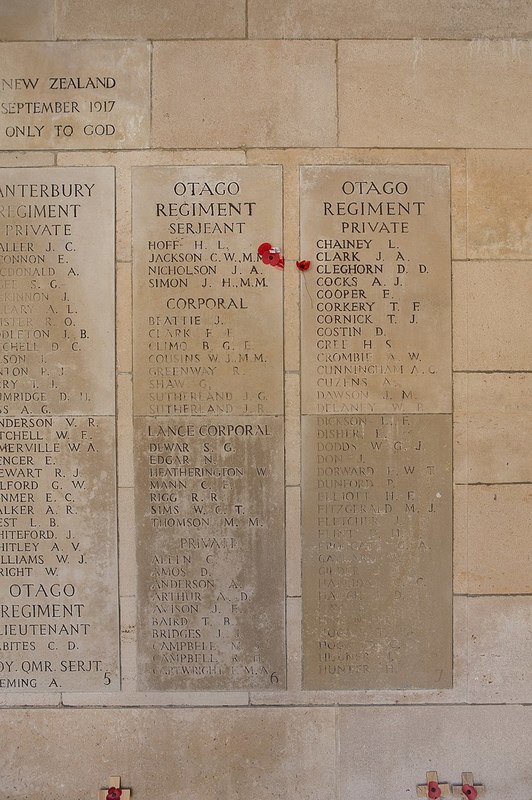 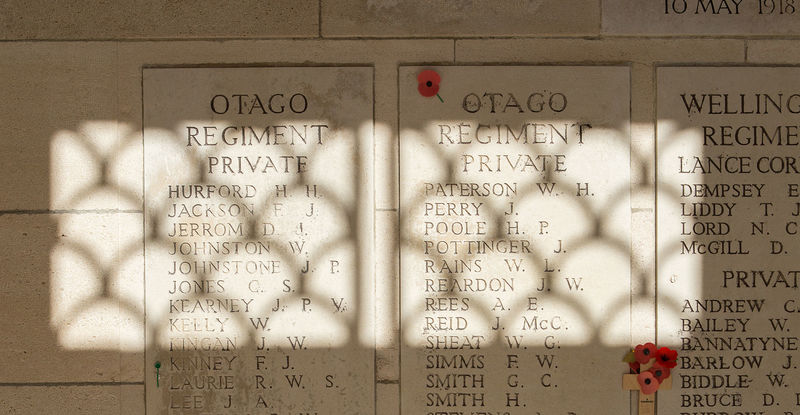 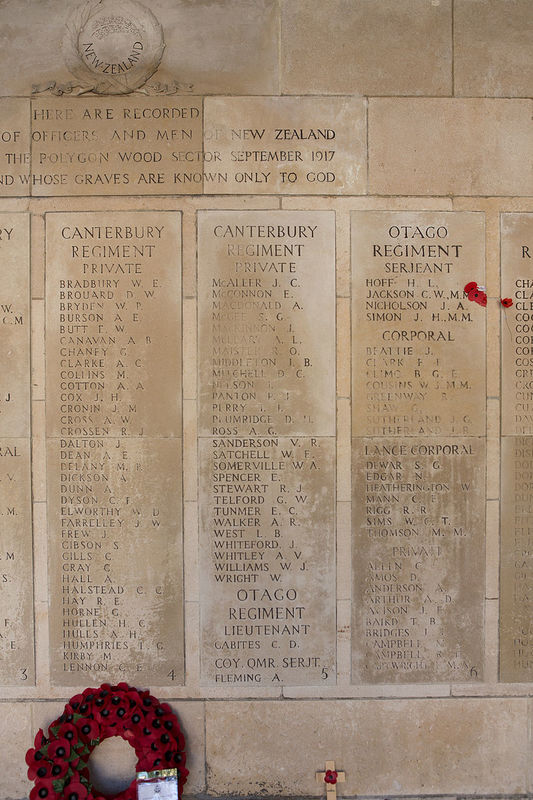 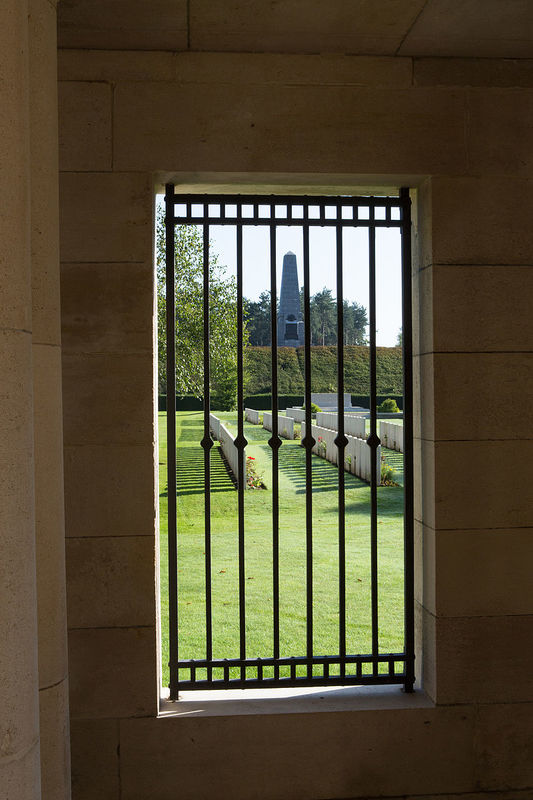 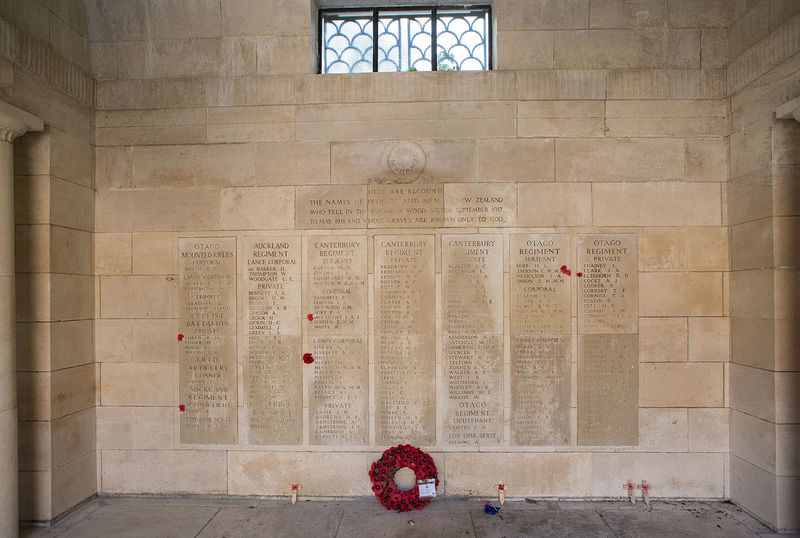 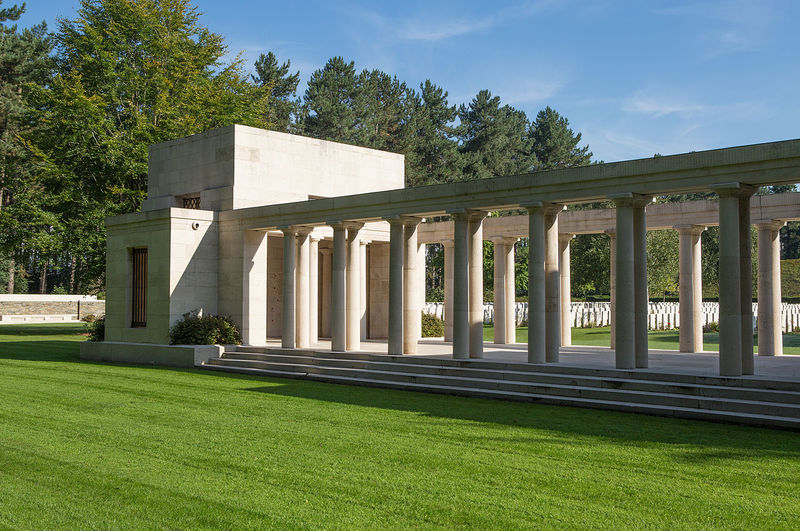 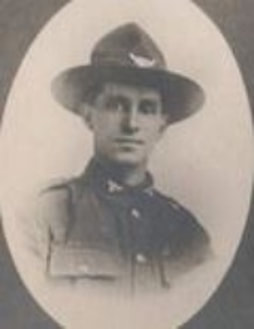 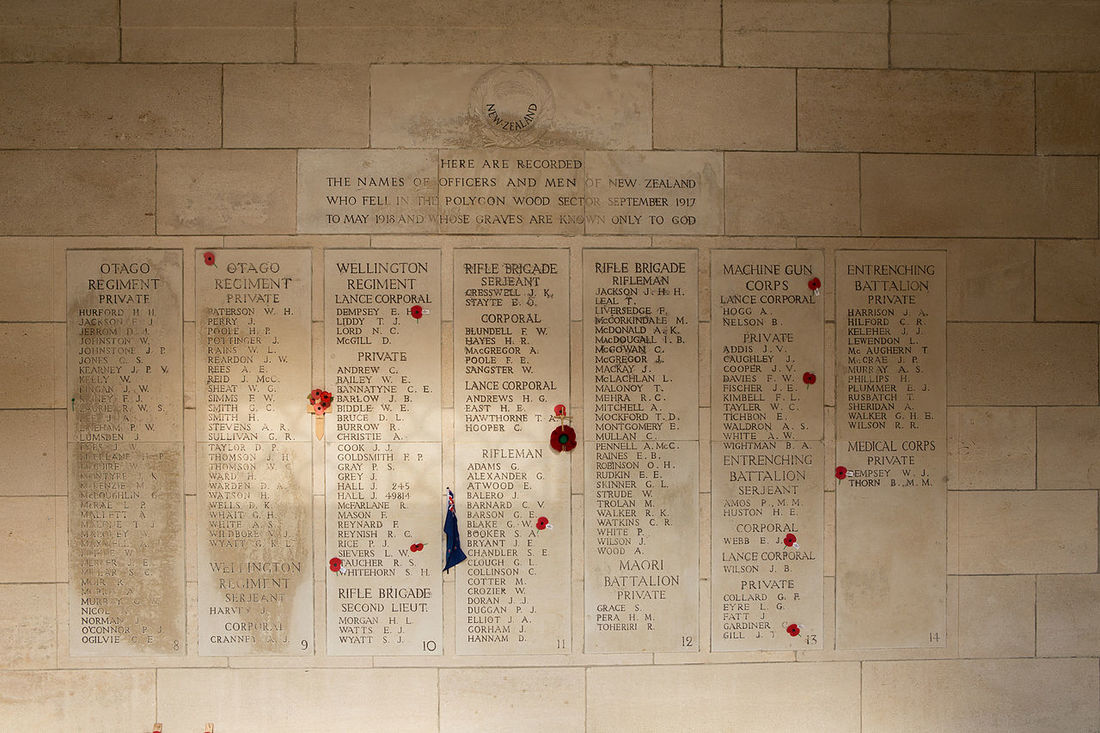