Farm Cemetery is located 8.5 kilometres north-west of Ieper town centre, on the Elzendammestraat, a road leading from the Veurnseweg (N8) connecting Ieper to Elverdinge and on to Veurne.

Canada Farm Cemetery took its name from a farmhouse used as a dressing station during the 1917 Allied offensive on this front. Most of the burials are of men who died at the dressing station between June and October 1917.

There are now 907 First World War burials in the cemetery. 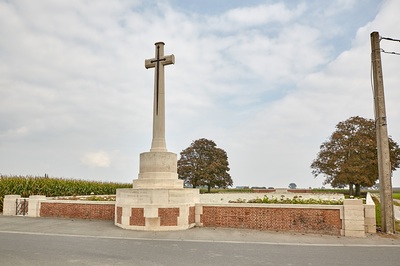 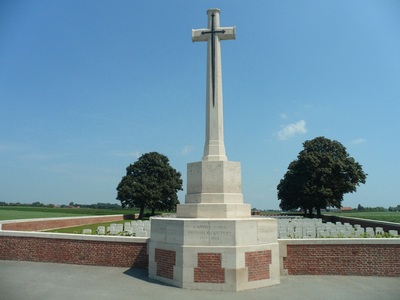 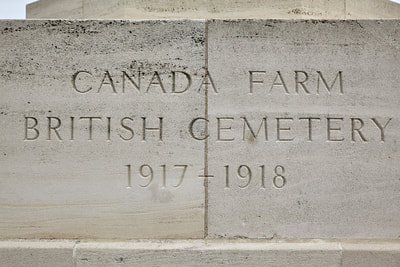 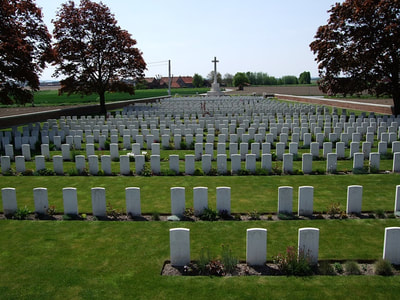 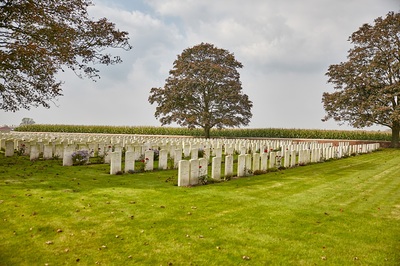 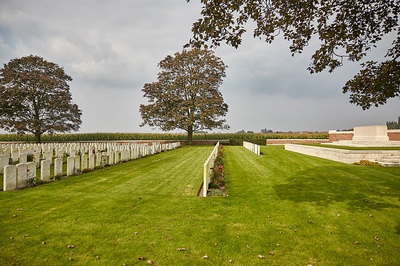 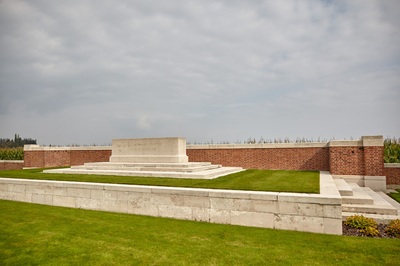 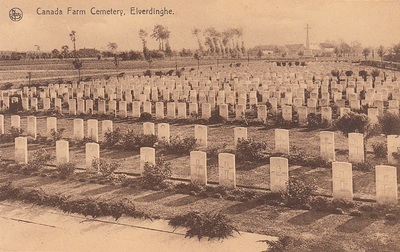 Citation: An extract from the supplement to “London Gazette” N° 30272, dated 6th September 1917:“ For most conspicuous bravery during an attack on the enemy’s line, this non-commissioned officer pushed trough our own barrage and single-handed attacked a machine gun emplacement, after several men had been killed in attempting to take it. He bayoneted one of the machine gun crew and brought in another man, together with the captured gun. Cpl. Davies, although wounded, then led a bombing party to the assault of a defended house, and killed a sniper who was harassing his platoon. This gallant non-commissioned officer has since died of wounds received during the attack.” 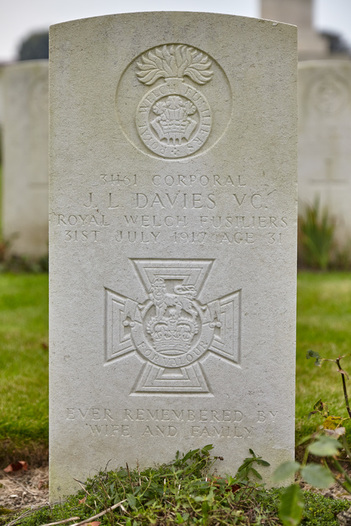 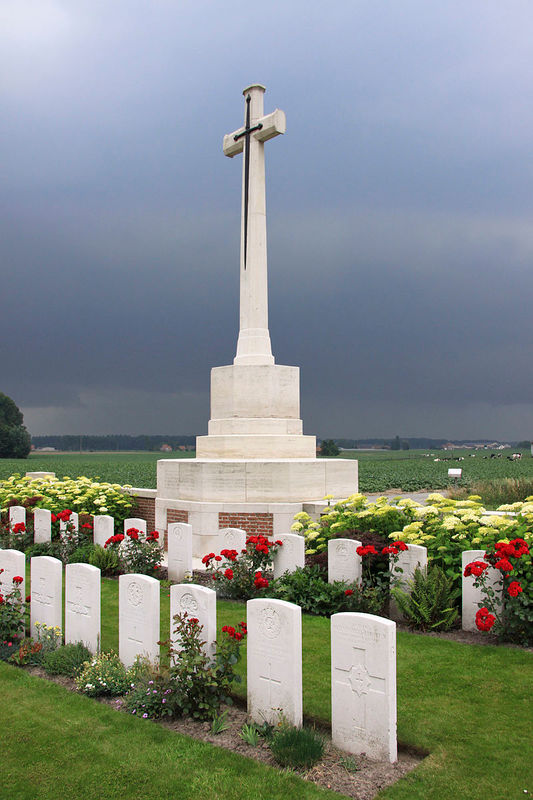 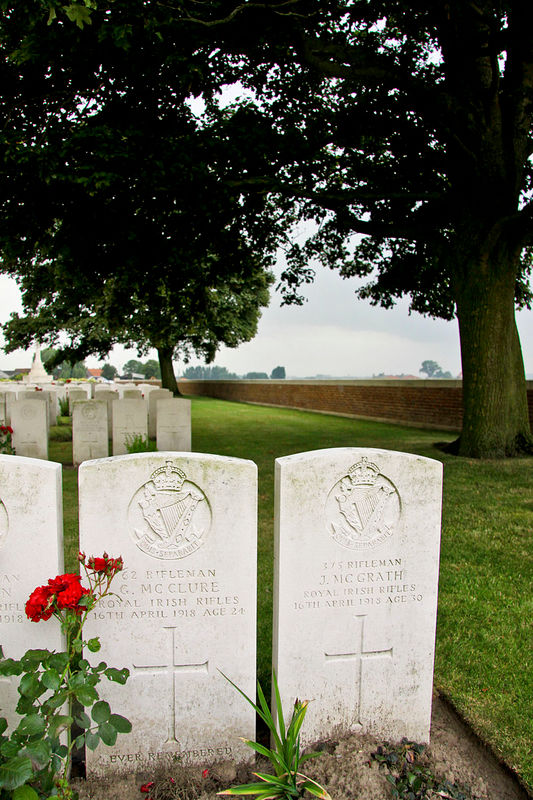 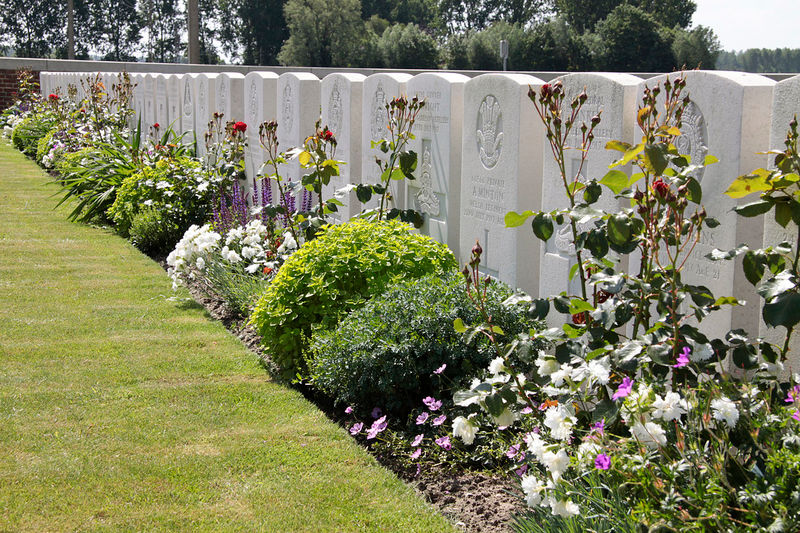 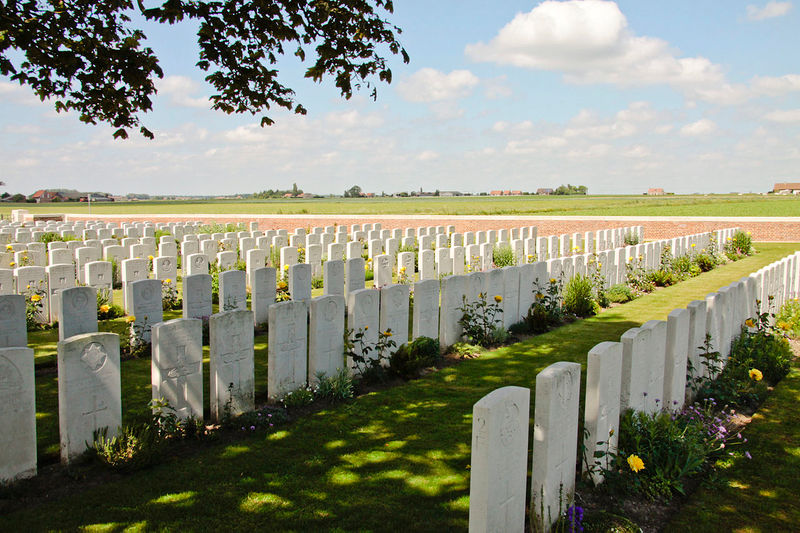 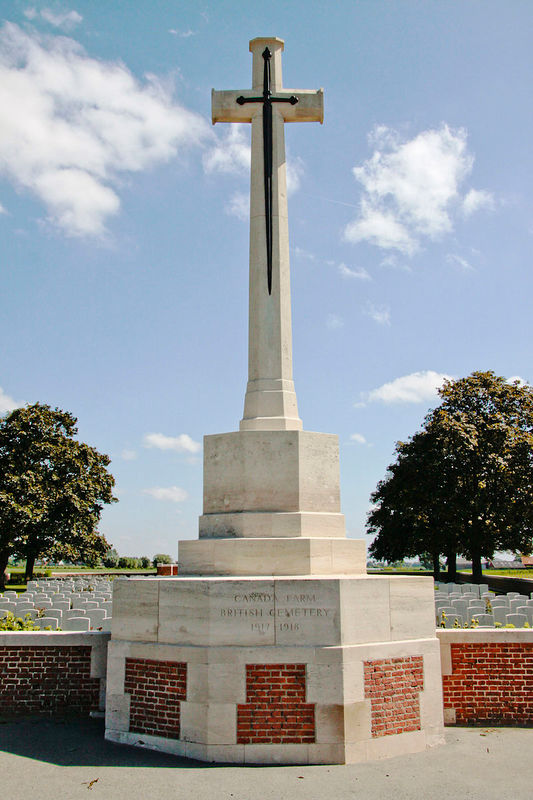 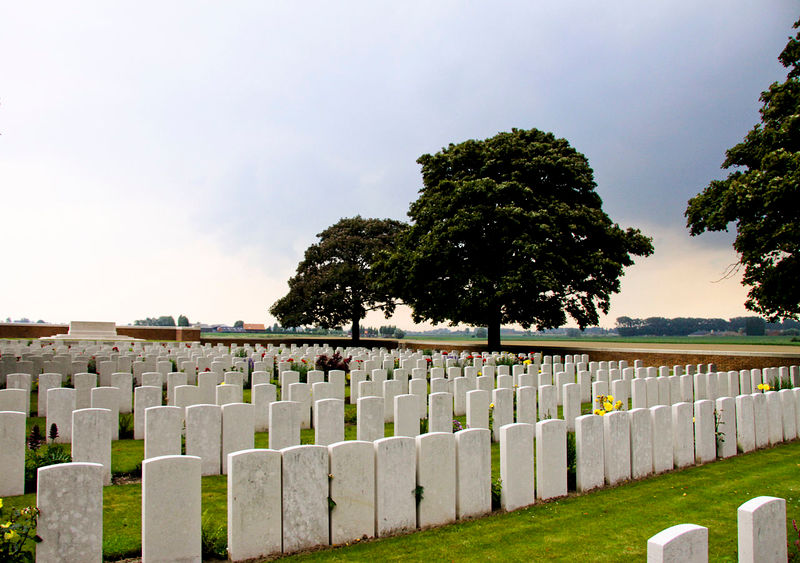 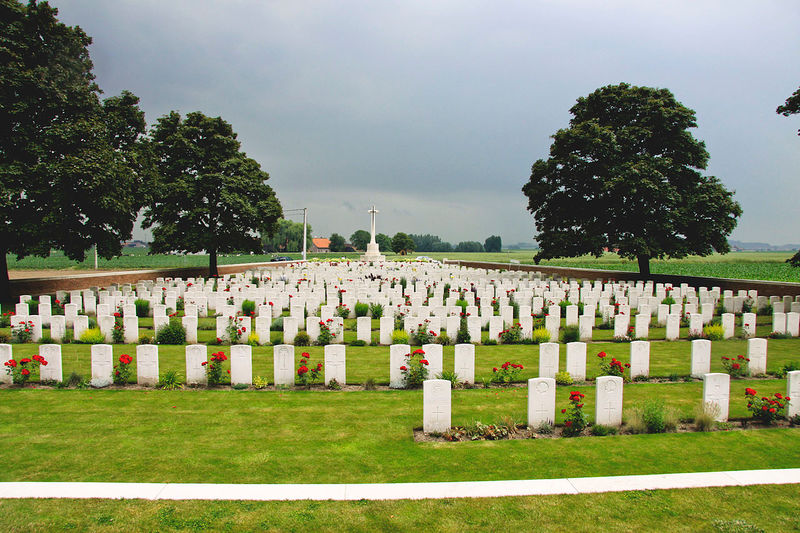 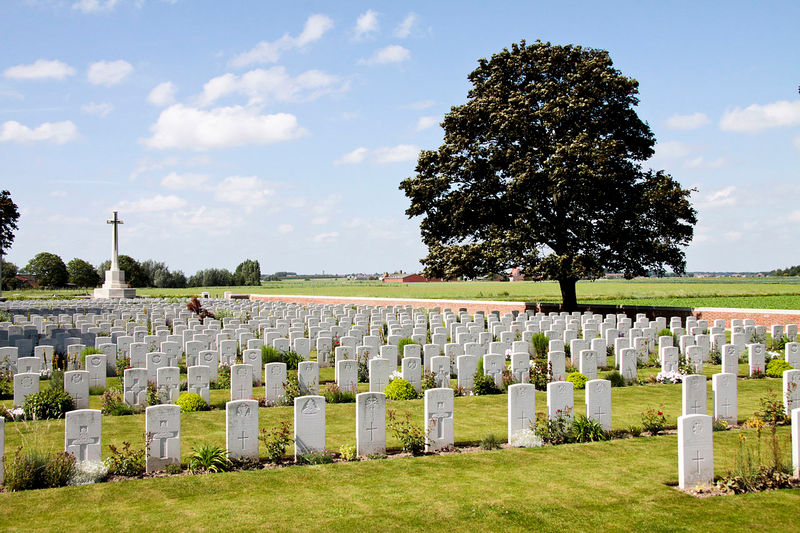 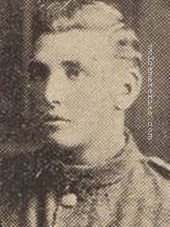 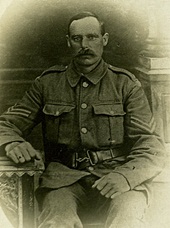 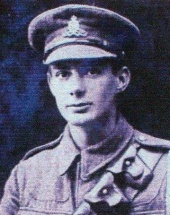 Serjeant Hugh Doherty was my Great Uncle and he was born in Salford in Manchester prior to  moving with his family to Swansea.  Sadly he was killed in Flanders at the age of 21. Before he joined the Army he was a junior reporter for the South Wales Evening Post in Swansea..  He was the beloved son of John (Jack) and Martha Anne (Annie) Doherty.  He was engaged to be married to his beloved Betty Jones of Mumbles Swansea. Betty never married after Hugh was killed and was a school teacher in the Mumbles area of Swansea all her life until retirement.

"Not dead, oh no! only gone before

To a beautiful land of rest

Where the ruthless pain shall disturb no more

The calm of a peaceful breast." 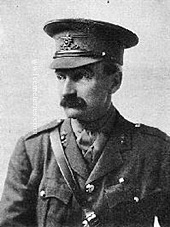 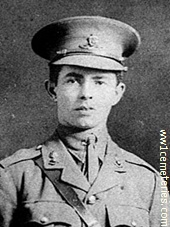 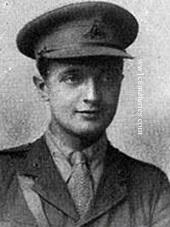 Son of the late Mr. and Mrs. James Ivatts.