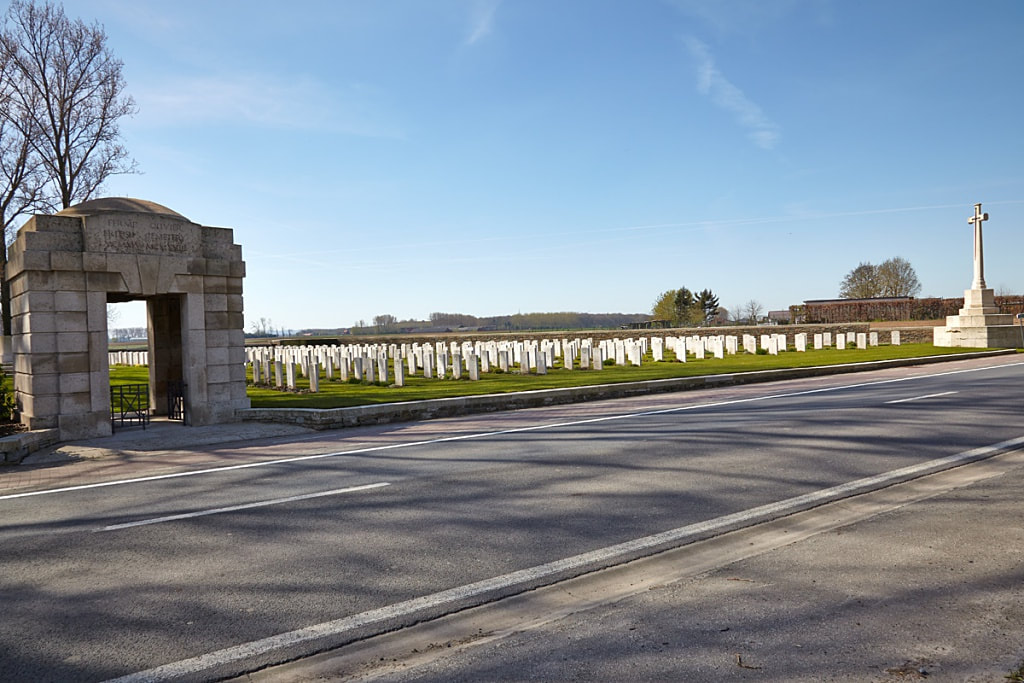 Ferme-Olivier Cemetery is located 7 kilometres north west of Ieper town centre on the Steentjesmolenstraat, N333, a road leading from the N8 Veurnseweg connecting Ieper to Elverdinge and on to Veurne.

Wheelchair access to this cemetery with some difficulty.
​
​
Historical Information

The cemetery was used continuously between 9 June 1915 and 5 August 1917, with the 62nd, 16th, 9th, 11th, 129th and 130th Field Ambulances successively having dressing stations close by. Throughout this period, the village was just within range of the German artillery and a collective grave in Plot 2, Row E, contains the remains of 37 men of the 3rd Bn Monmouthshire Regiment killed on parade on 29 December 1915 by a single shell fired from a naval gun in Houthulst Forest. The graves in Plot 3 run in order of date of death and show the successive occupations of Elverdinghe Chateau by the 38th (Welsh) Division, the Guards Division and units of the Royal Artillery.

The cemetery contains 407 Commonwealth burials of the First World War, 6 of which are unidentified, and three German war graves. 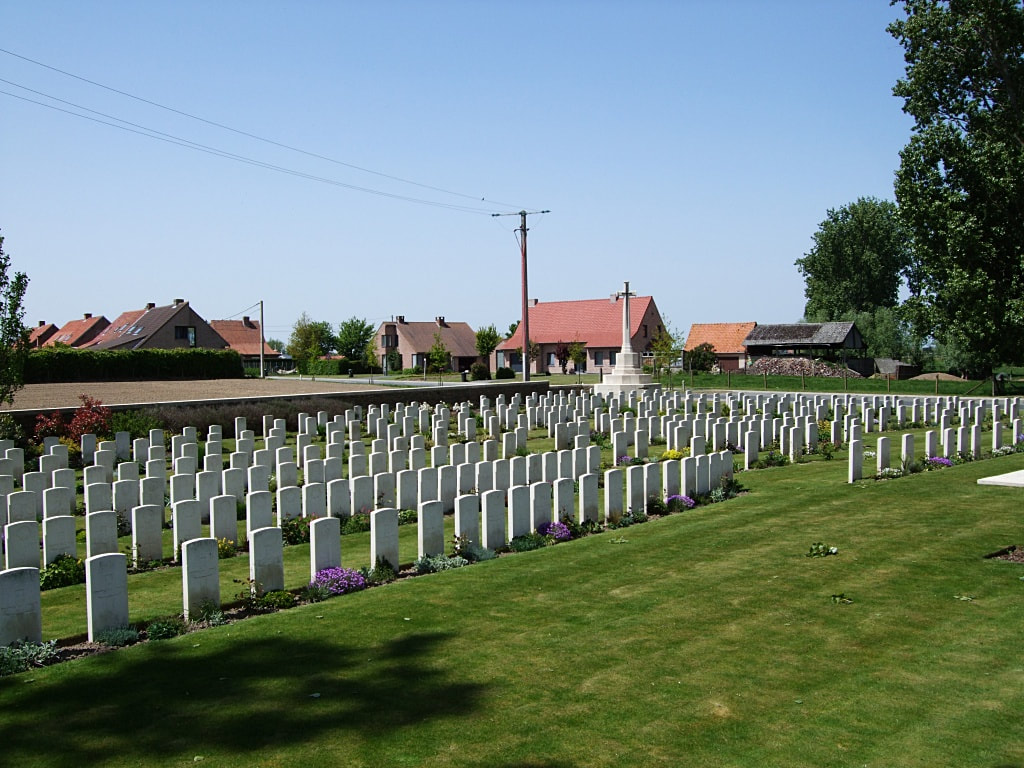 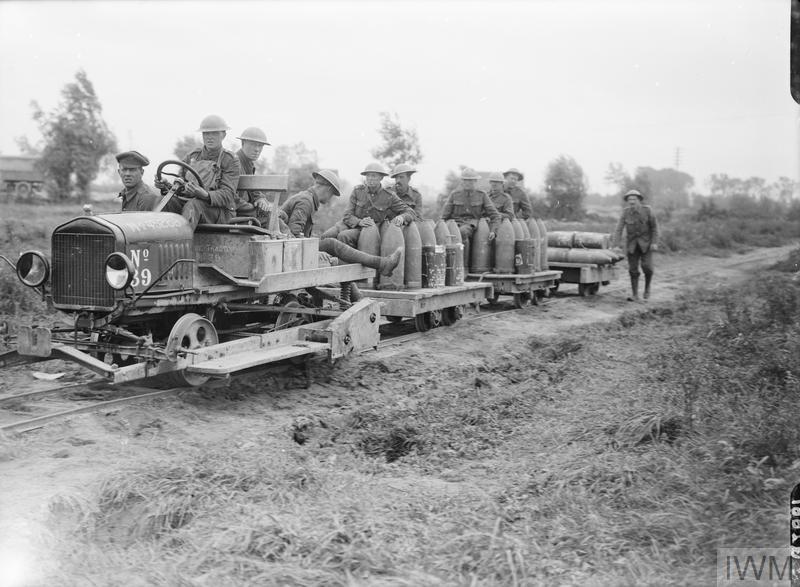 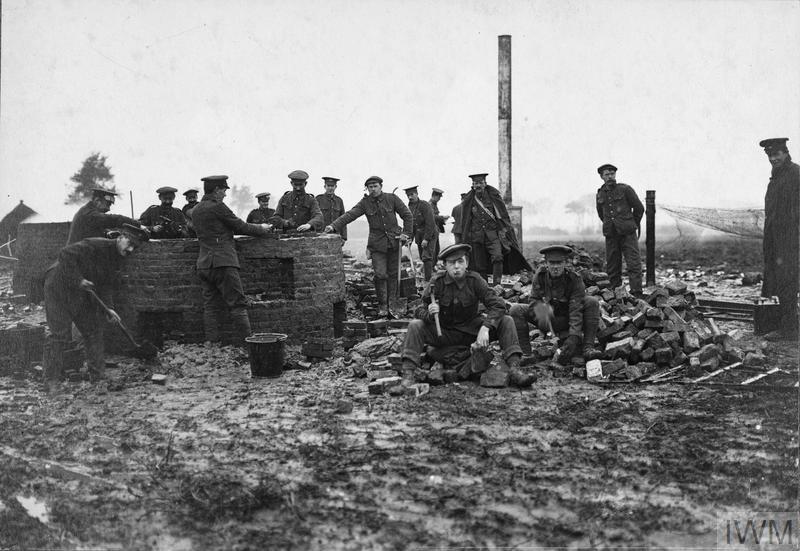 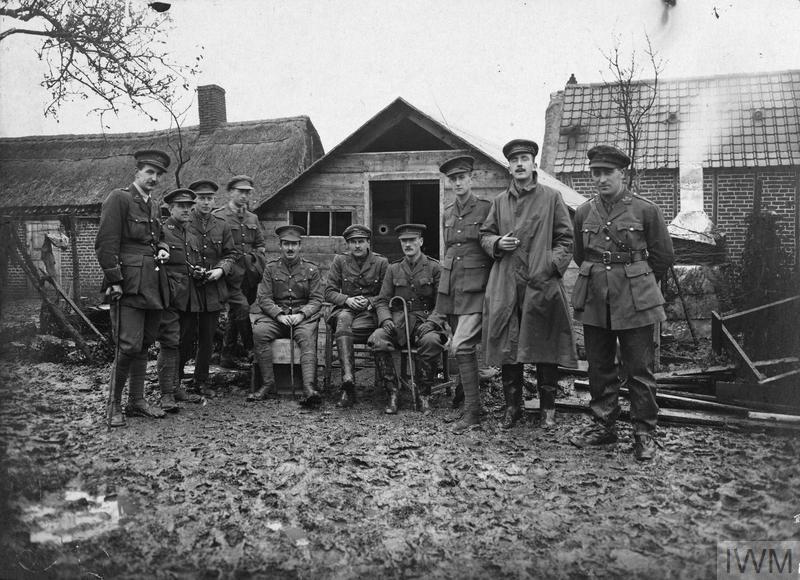 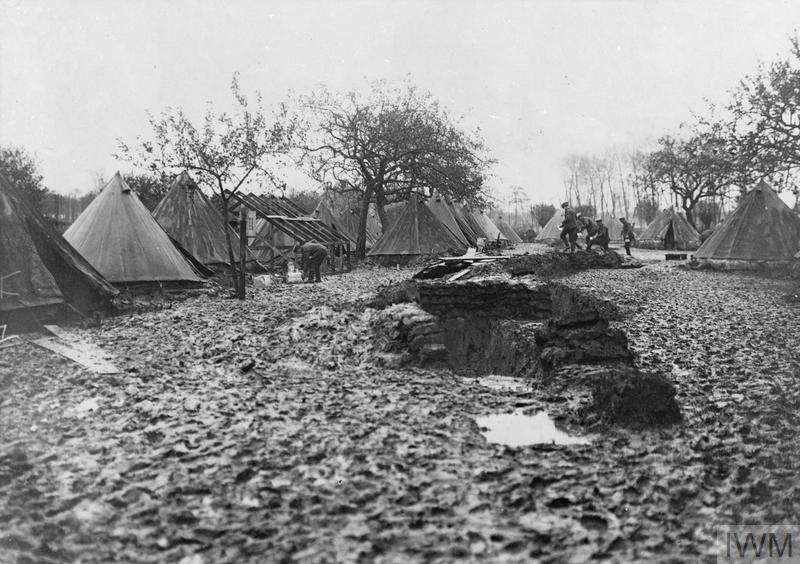 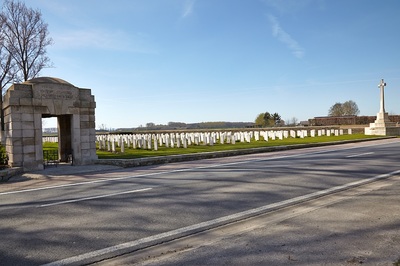 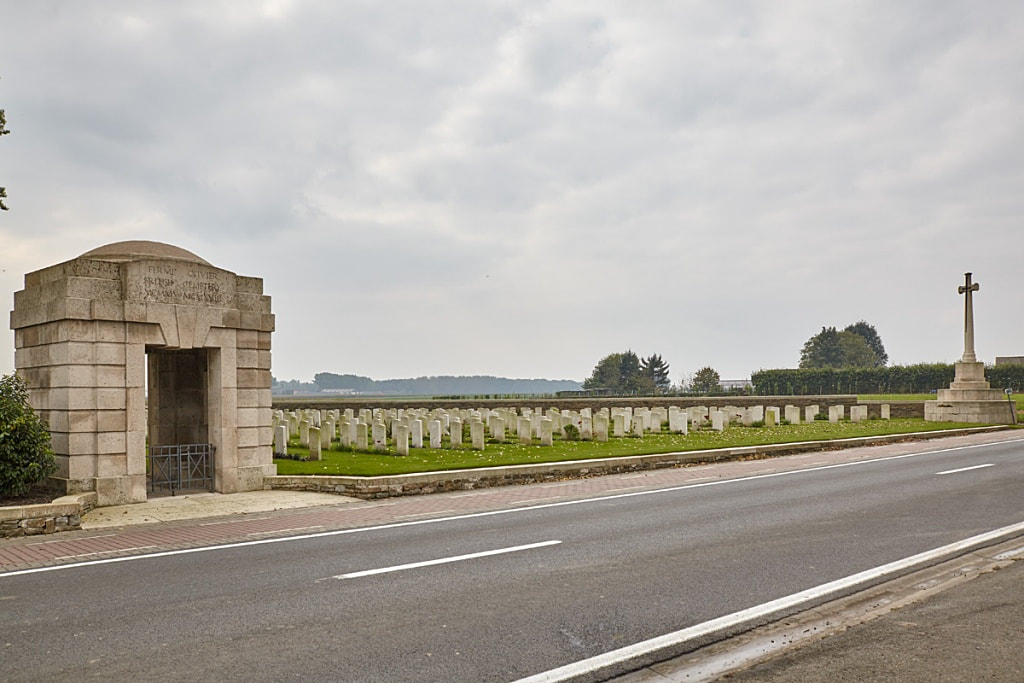 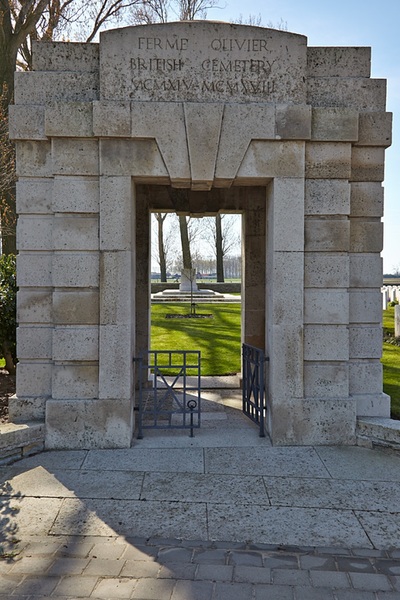 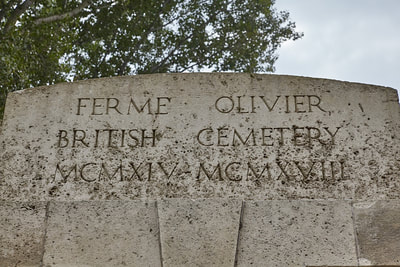 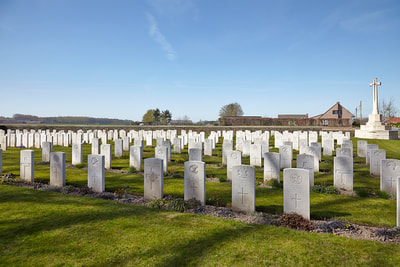 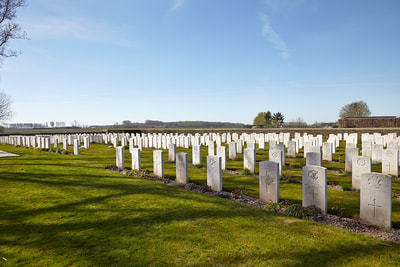 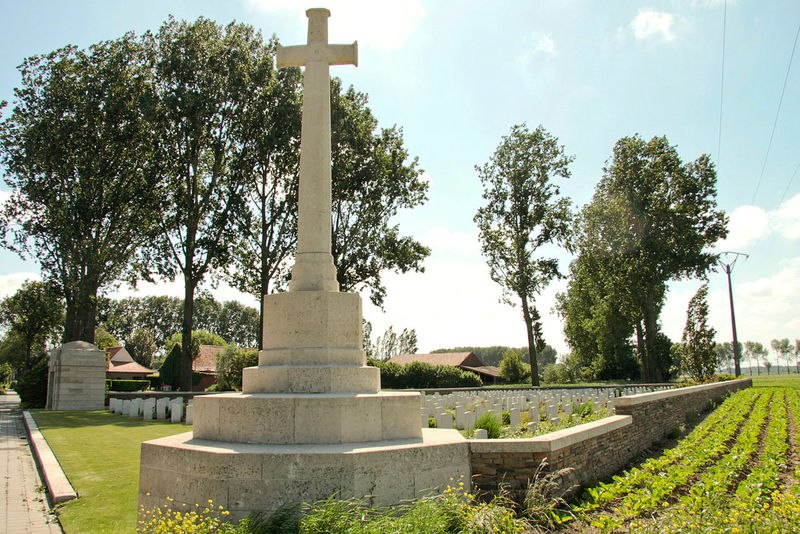 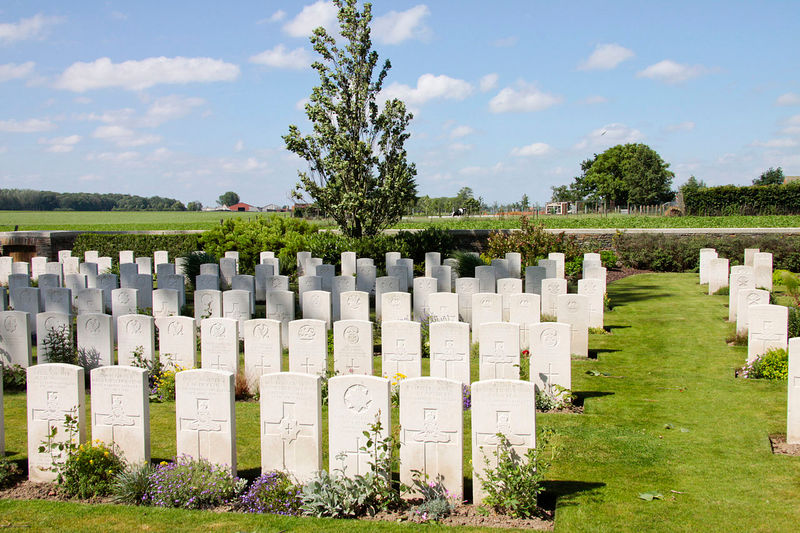 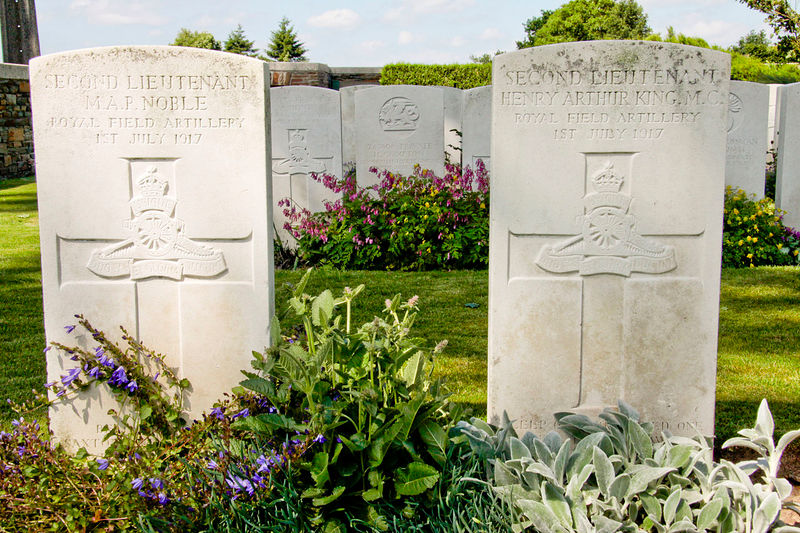 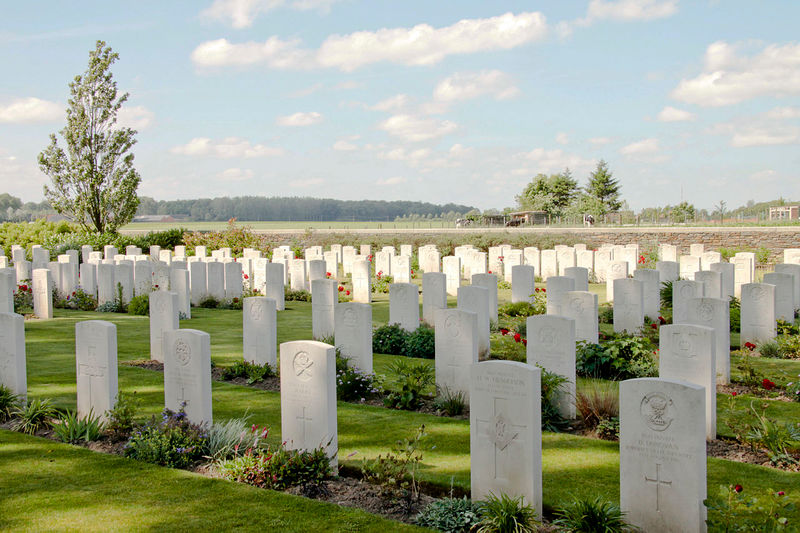 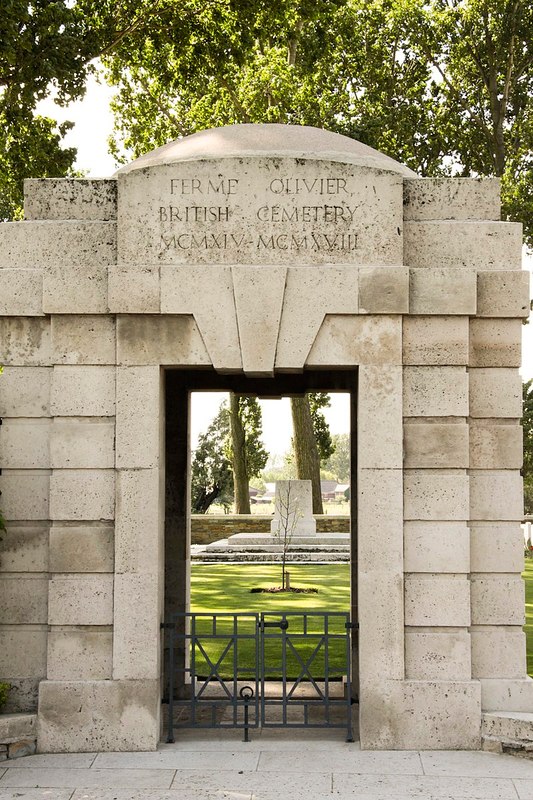 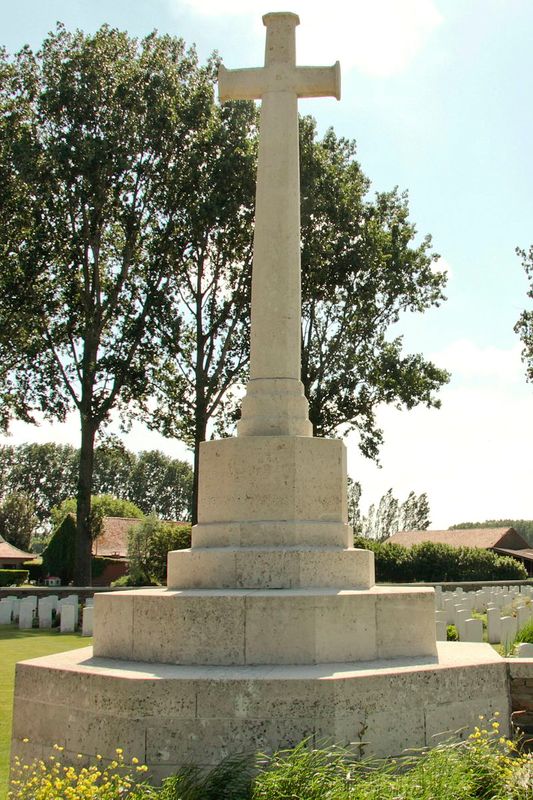 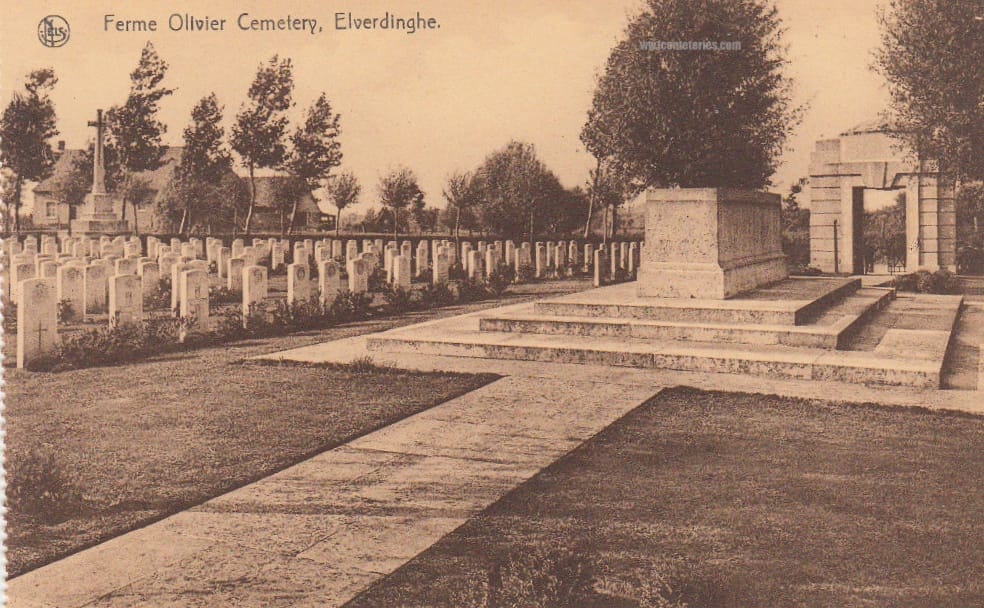 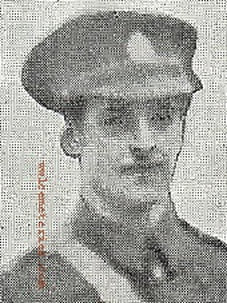 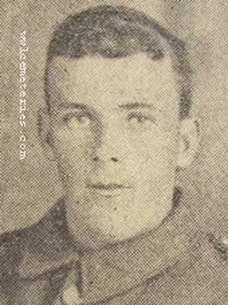 Son of William and Ann Cockcroft, of 5, Ashworth Street, Burnley. 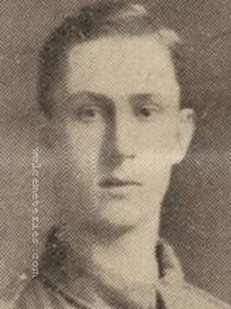 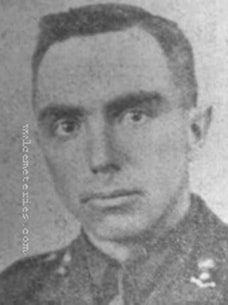 
He worked as one of the engineers to the Municipal Board of Works for the city of Shanghai in China, and he was in the Far East for about seven years prior to returning home to enlist. Originally he was gazetted as Lieutenant into the 7th Bn. East Lancashire Regiment but later transferred to the Royal Engineers

"It is with sorrow I have to write to tell you of the death of your son, Lieut H E Pollard. He was killed by a shell at 3.30 yesterday (Tuesday morning,) and was buried in the military cemetery nearby this morning. I am having a cross made for his grave. He was killed instantly, and suffered to pain whatsoever. Your son’s death has been a great shock to all the company, and especially to his two comrade officers. Lieut. Hall and myself. He was careful, conscientious, and energetic officer, and one who will be most difficult to replace. I shall, personally never forget him." 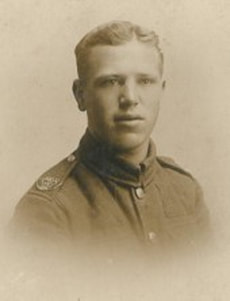 Picture courtesy of David Howarth, great nephew of this soldier 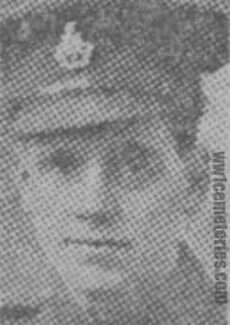 The eighth soldier to have served in Gallipoli, whose subsequent posting to the Western Front resulted in an offence of Desertion followed by execution.  (Putkowski, p 179-80)

​Served at Mons; was twice wounded in 1915; served on the Somme in 1916; but deserted from the Ypres Salient, being absent for 3 months before arrest.  Pleaded family troubles,but to no avail. (Putkowski, p 173)
​ 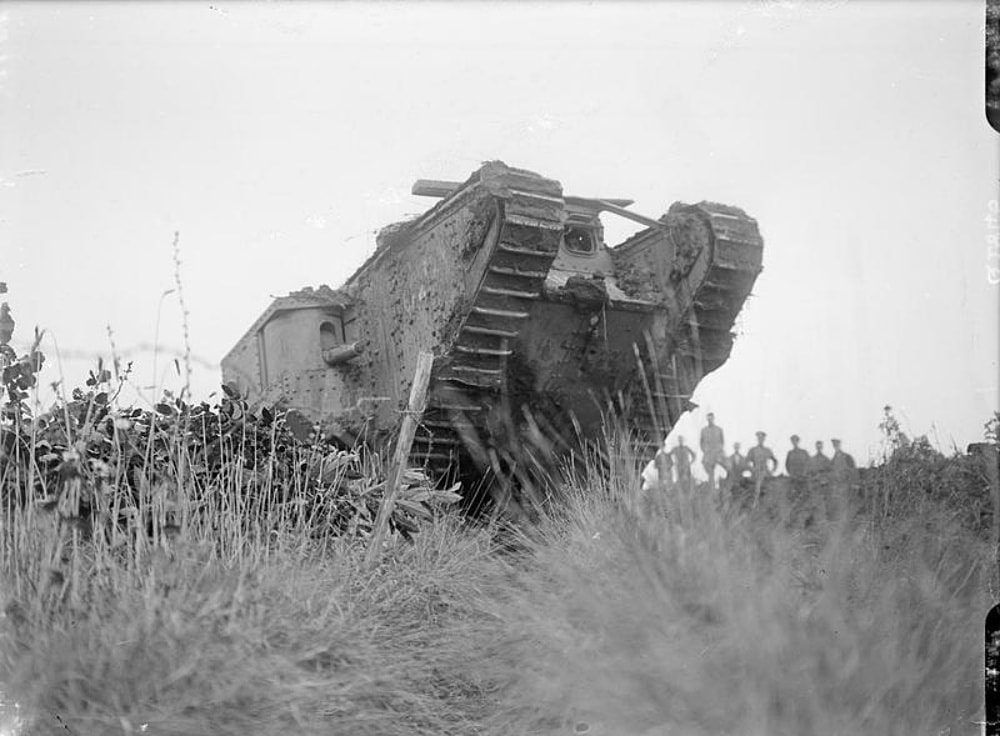 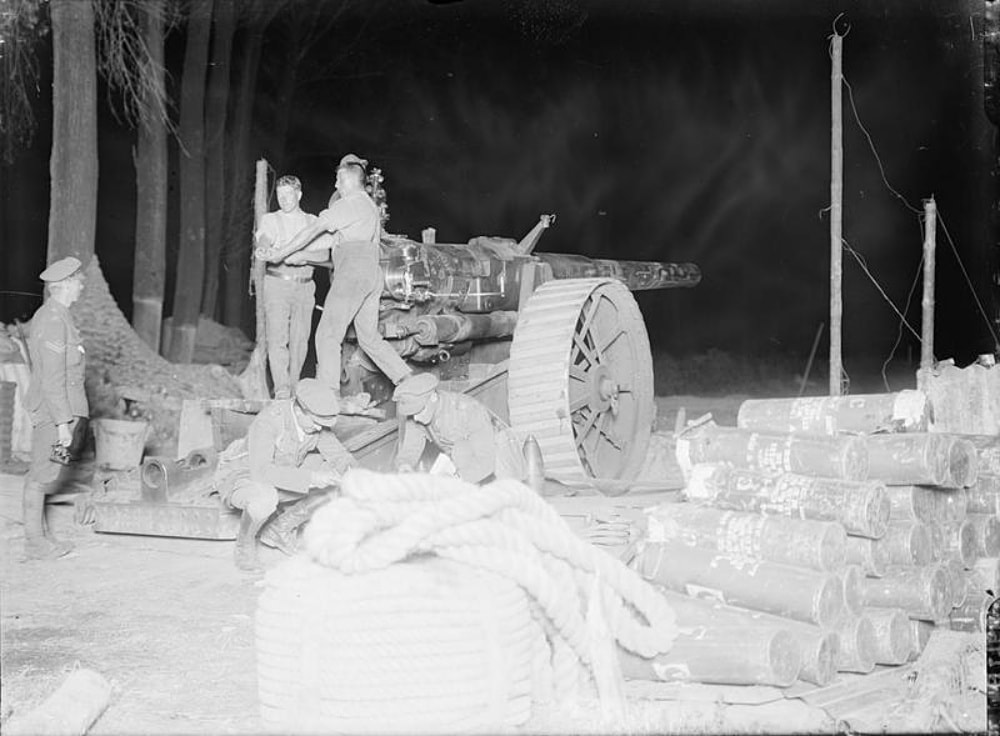 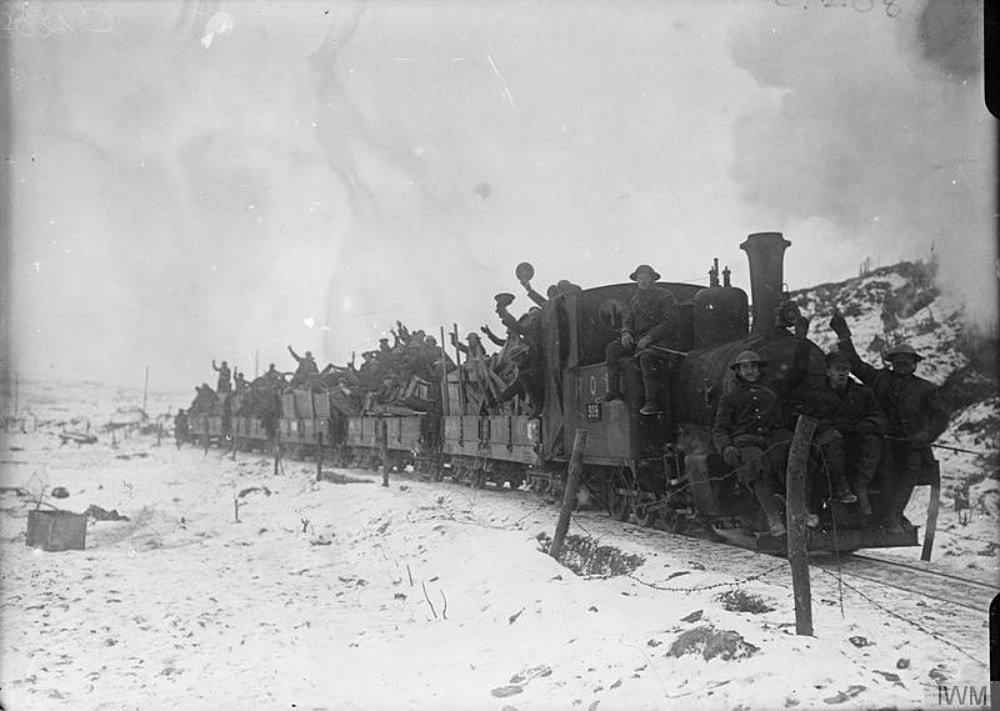 A working party of British troops going up to the forward area by light railway, Elverdinghe, near Ypres, February 1917. © IWM (Q 1695) 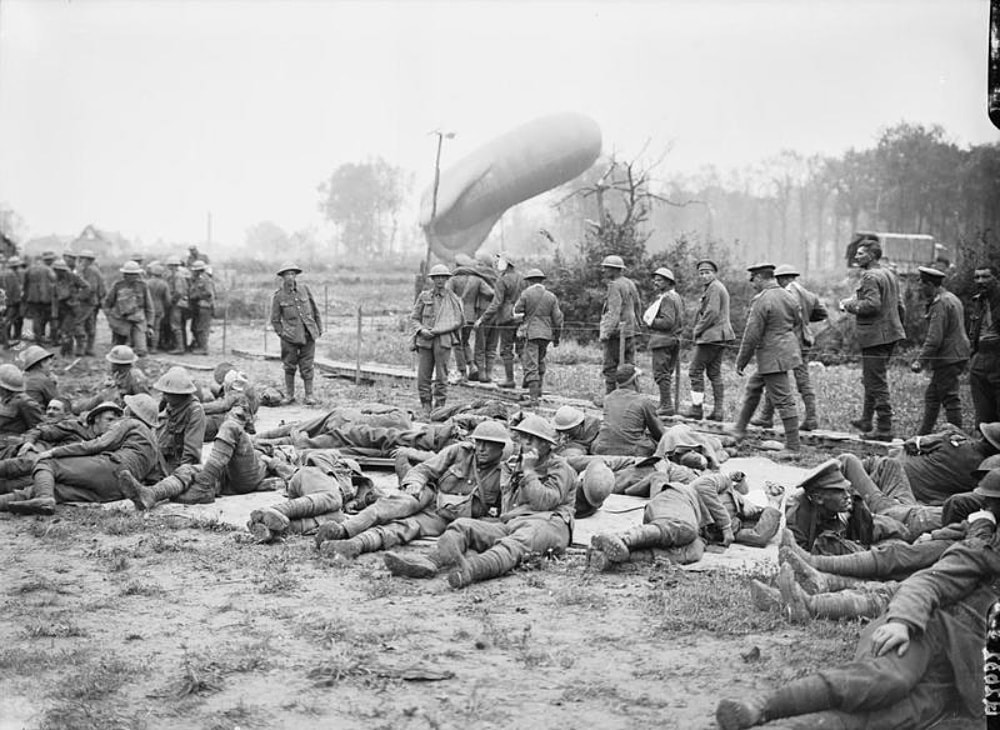 Battle of Pilckem Ridge 31 July - 2 August: The first wounded to come in lying on the ground at a farm at Elverdinghe. An observation balloon is rising in the background. © IWM (Q 2632)